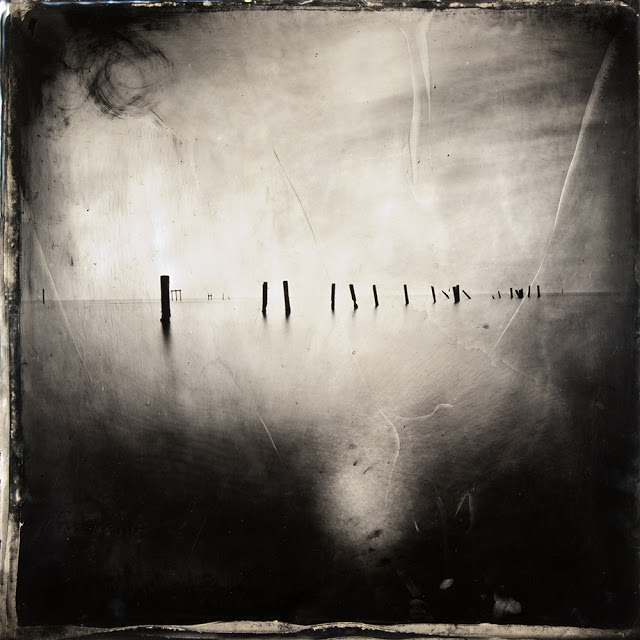 Photo NOLA is about to gear up for an amazing week of all things photography, and one of those events is the exhibition, CURRENTS 2012: NOPA Members Showcase,  at The Ogden Museum of Southern Art, featuring work by sixteen members of the New Orleans Photo Alliance: Thom Bennett, J.T. Blatty, Lee Deigaard, Nell Dickerson, E2 (Elizabeth Kleiveld & Eric Julien), Frank Hamrick, Christopher Harris, Vivian Keulards, Eleanor Owen Kerr, Maria Levitsky, Colleen Mullins, Donna Pinkley, Rylan Steele, and S. Gayle Stevens/Judy Sherrod.
Today, I am sharing the work of two of those sixteen,  S. Gayle Stevens and Judy Sherrod. Judy is the box-making partner in the Nocturnes project. She  designs and makes all the cameras used in her collaboration with Gayle, ranging from two and one-half inches square to forty by forty inches. She drives from Wichita Falls, Texas to wherever making photographs and schlepping equipment and chemicals with her constant companion, a very funny dog named B. 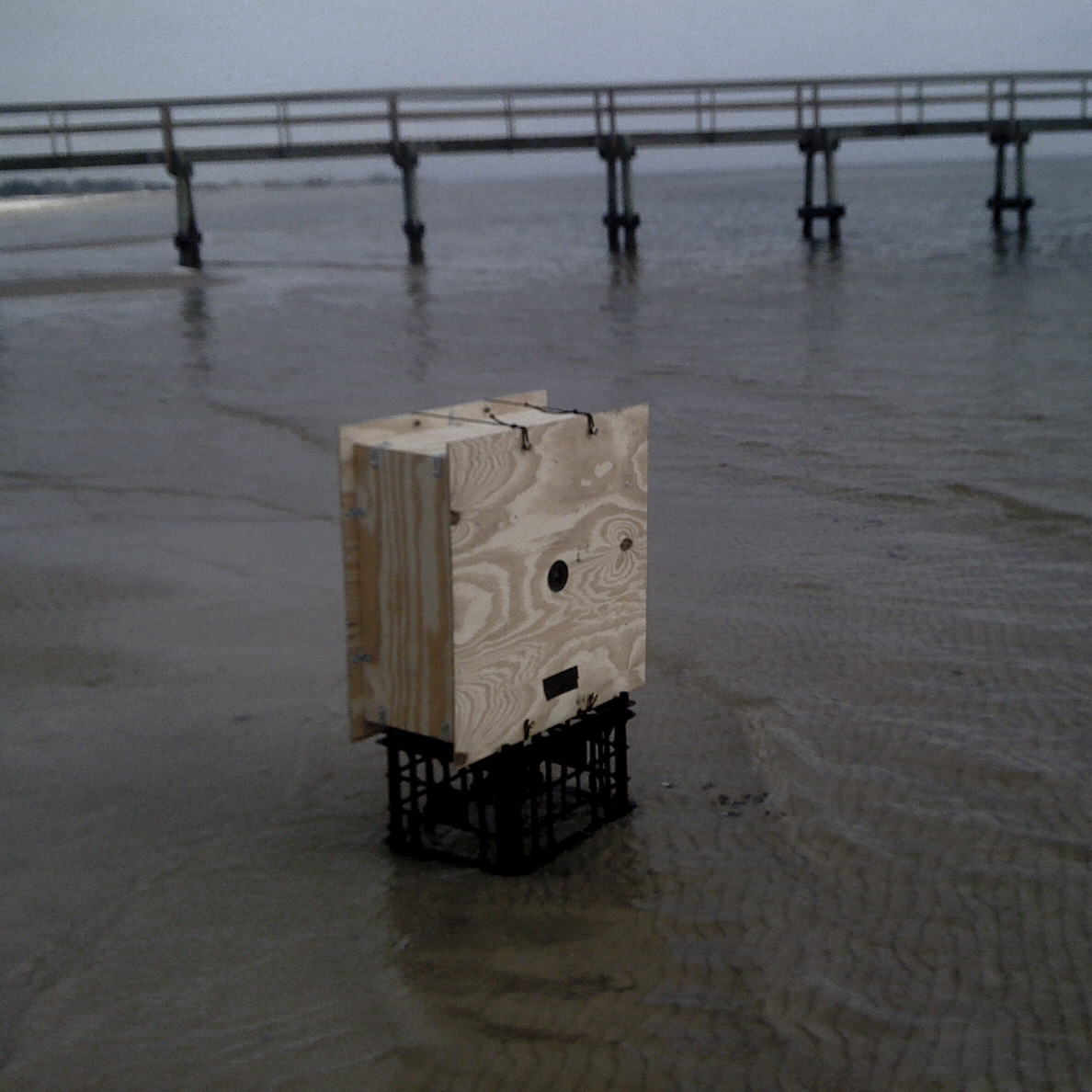 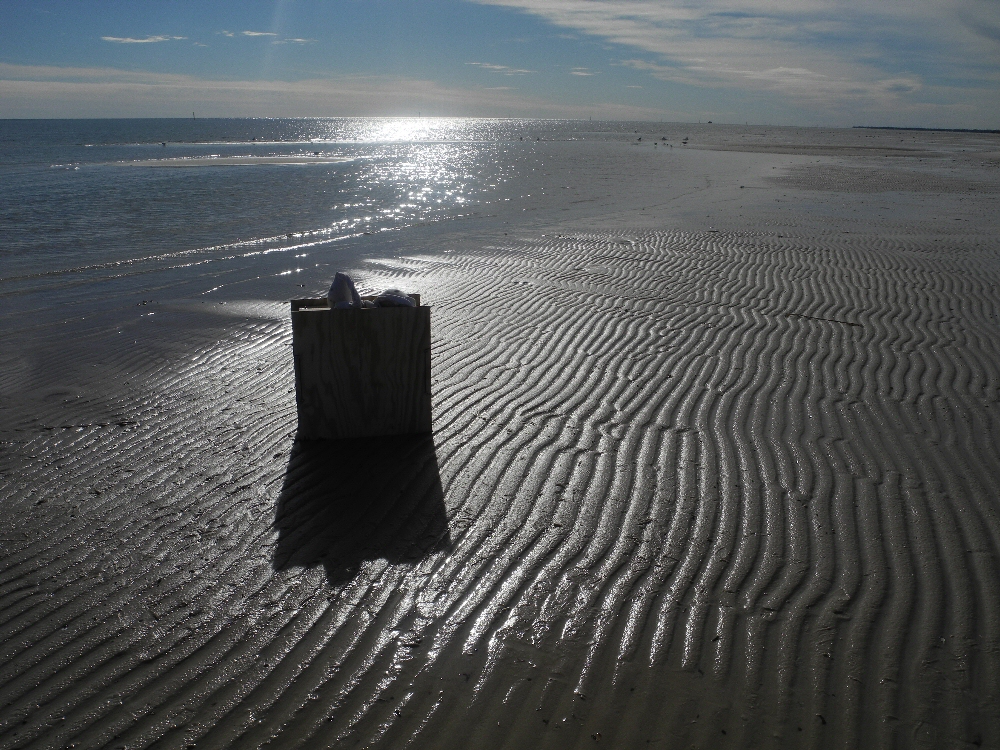 The cameras in action…

S. Gayle Stevens has worked in antiquarian photographic processes for over fifteen years. Her chosen medium is wet plate collodion and she exhibits extensively across the United States, in the United Kingdom and the Netherlands. Gayle received an MFA from the School of the Art Institute of Chicago and was the artist in residence at the Serenbe Institute in Georgia in August 2012. Named one of the Critical Mass Top Fifty Photographers for 2010, and a finalist in 2011 and 2012, her work has been featured in numerous publications and held in significant collections. Northlight Press is publishing a book of Stevens’ work in their 11 + 1 Signature series in 2012. Christopher James will feature her work in the third edition of The Book of Alternative Photographic Processes. She is also a member of the When Pigs Fly photo collective and divides her time shooting in Pass Christian, Mississippi and Downers Grove, Illinois, where she resides. 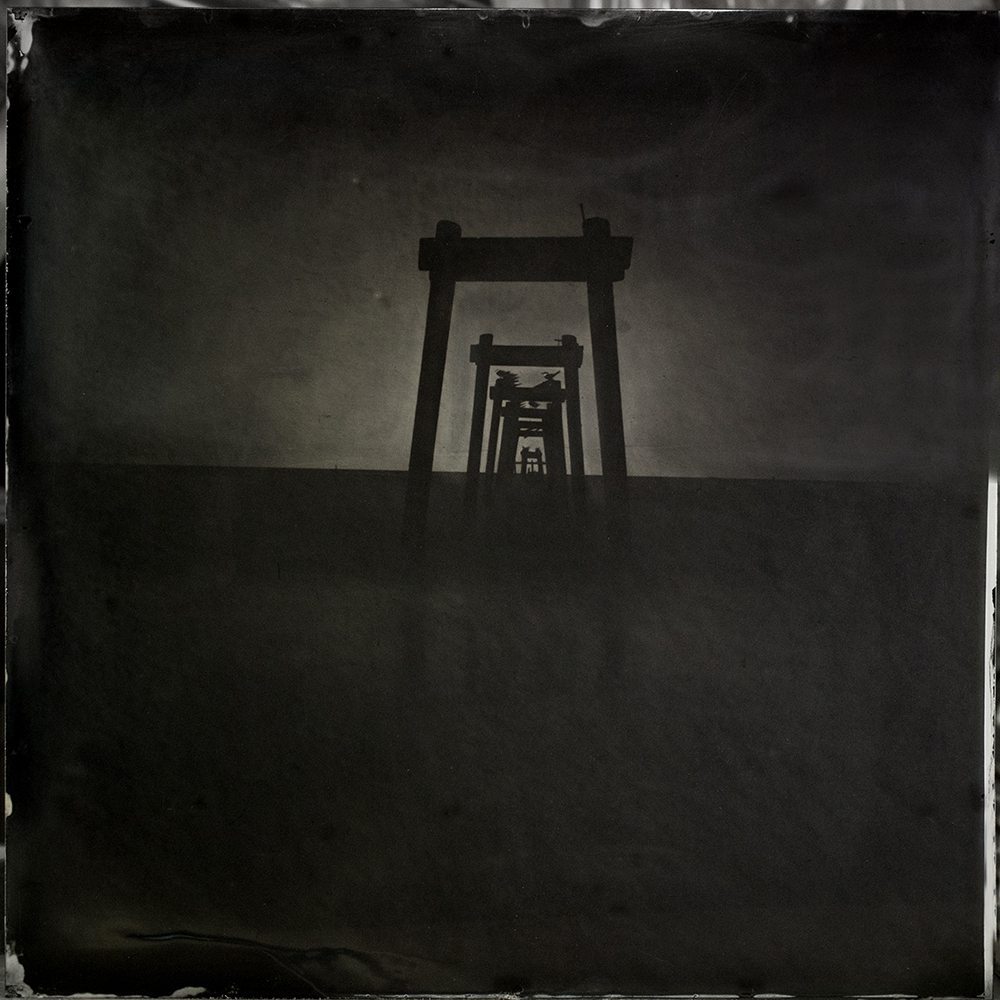 Our Nocturnes series began as an experiment, an adventure, a collaboration. A pinhole camera-maker and a wet-plate collodion artist collaborated to produce mammoth plate tintypes, echoing the work and process of the early survey photographers. Carleton Watkins, William Henry Jackson, and Timothy O’Sullivan, surveying the expansive landscape of the western US, found themselves at the mercy of nature. James McNeill Whistler, inspired by the visual melody he found in dark skies and seas, titled many of his paintings nocturnes. In turn, these paintings provided inspiration for the orchestral nocturnes written by Debussy, musical impressions which ebb and flow. 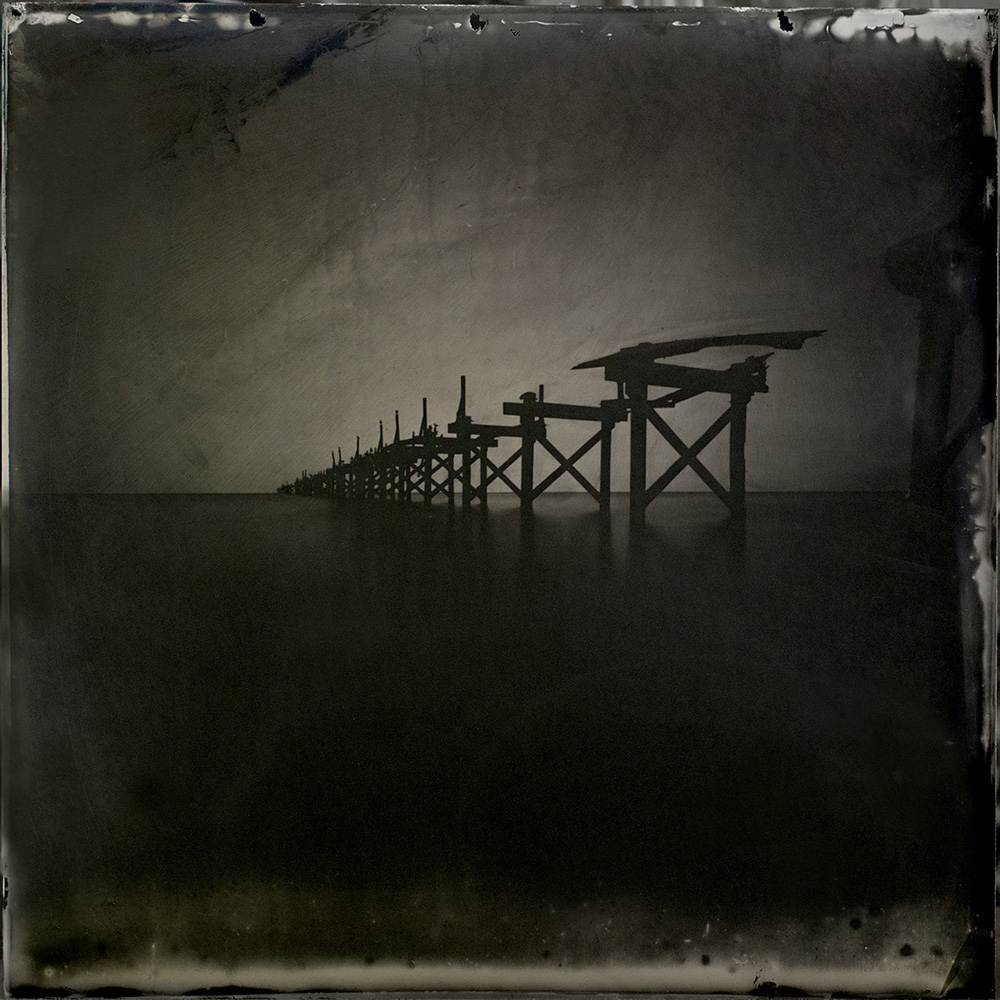 Inspired by these artists and the waters of the gulf in Pass Christian Mississippi we too found ourselves at the mercy of the tides, our images determined by the capriciousness of the water before us. Because of its infinite depth of field, the pinhole camera conveys the vast expanse of the sea while the collodion-silver emulsion flows across the plate like the waves across the sand. The plates delivered an unexpected serendipity –a daytime nighttime, a sunny moonscape. There is ebb and flow between night and day, dark and light, as silent sentinels watch waves writing verse in the sand. This push and pull of tides, this melody of the waves, this lyric creates a visual dialogue that is the inspiration for Nocturnes, a little night music. –Judy Sherrod and S. Gayle Stevens 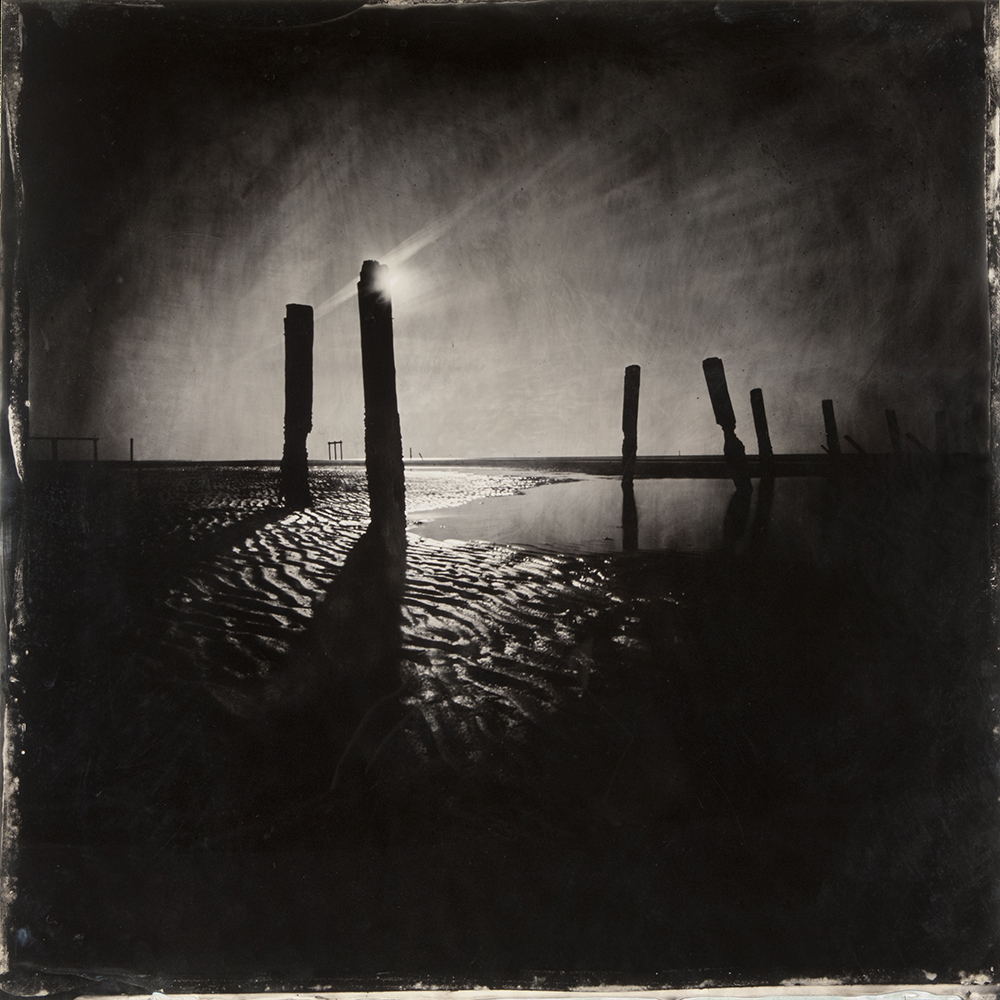 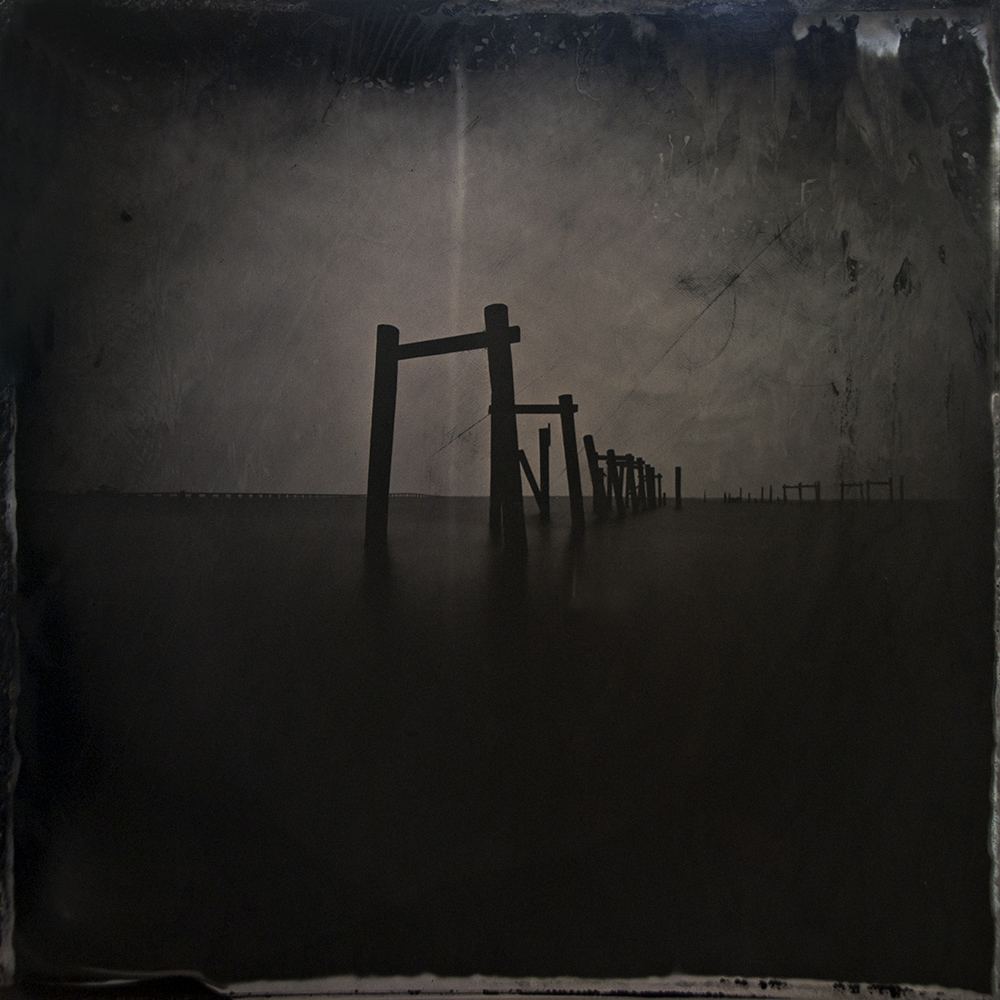 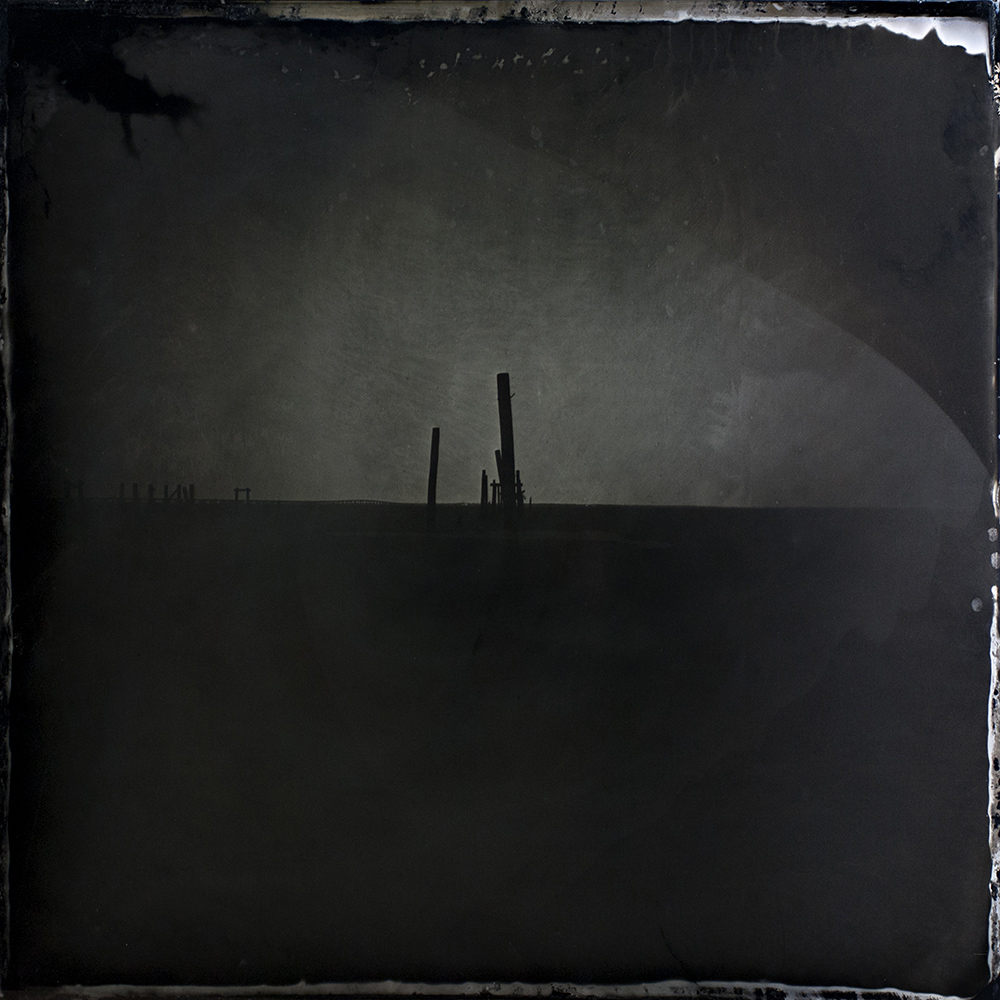 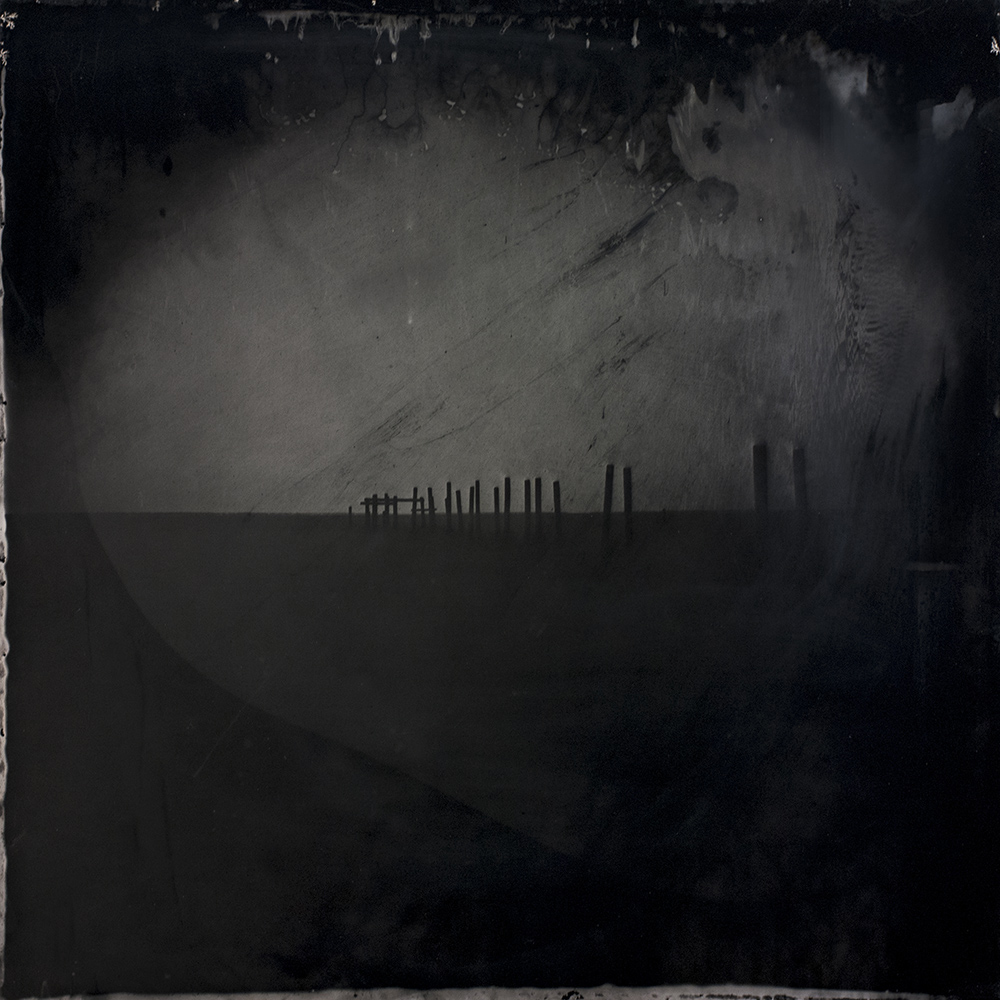 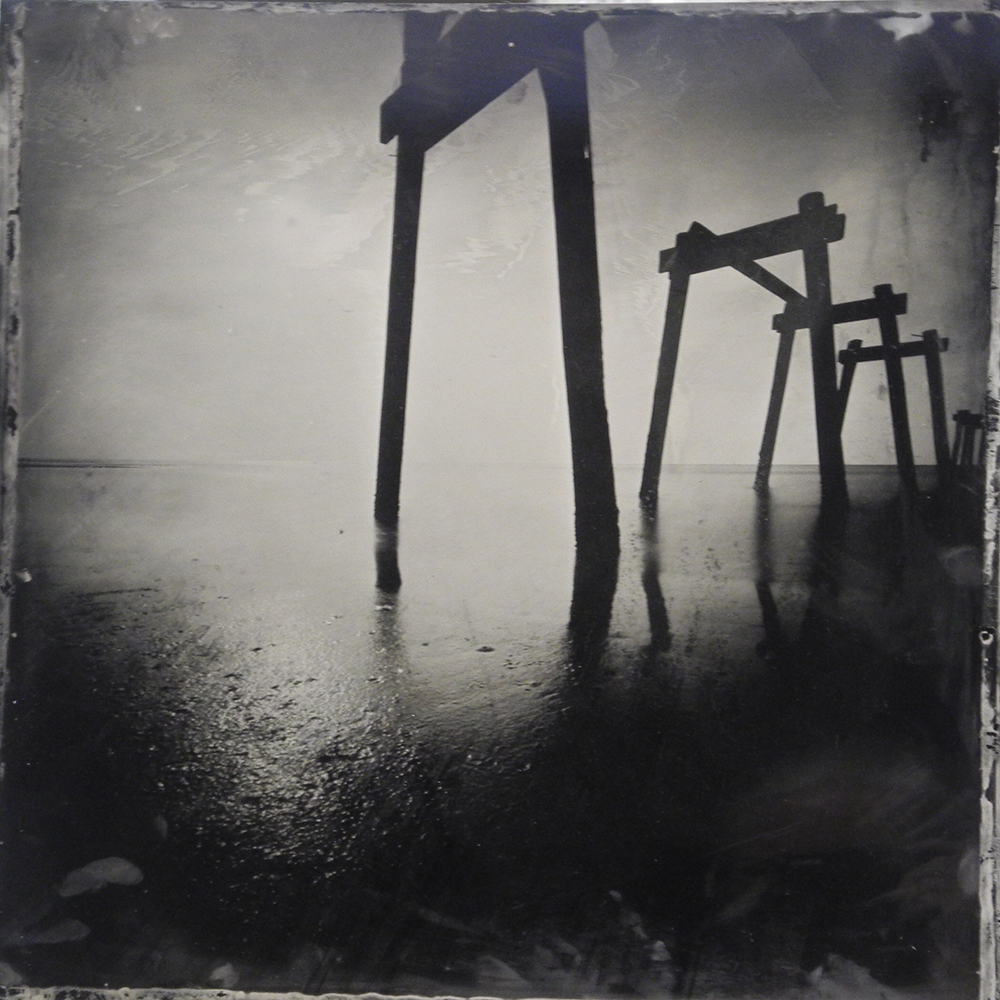 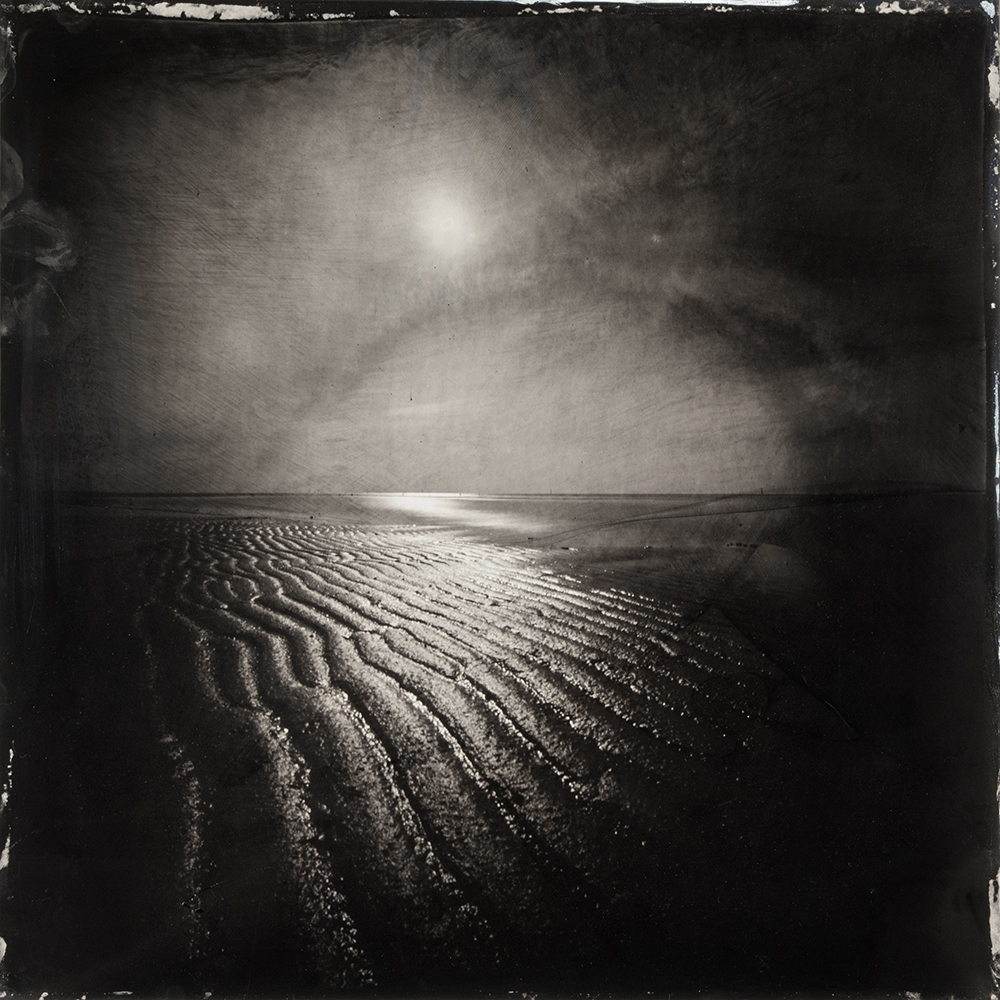 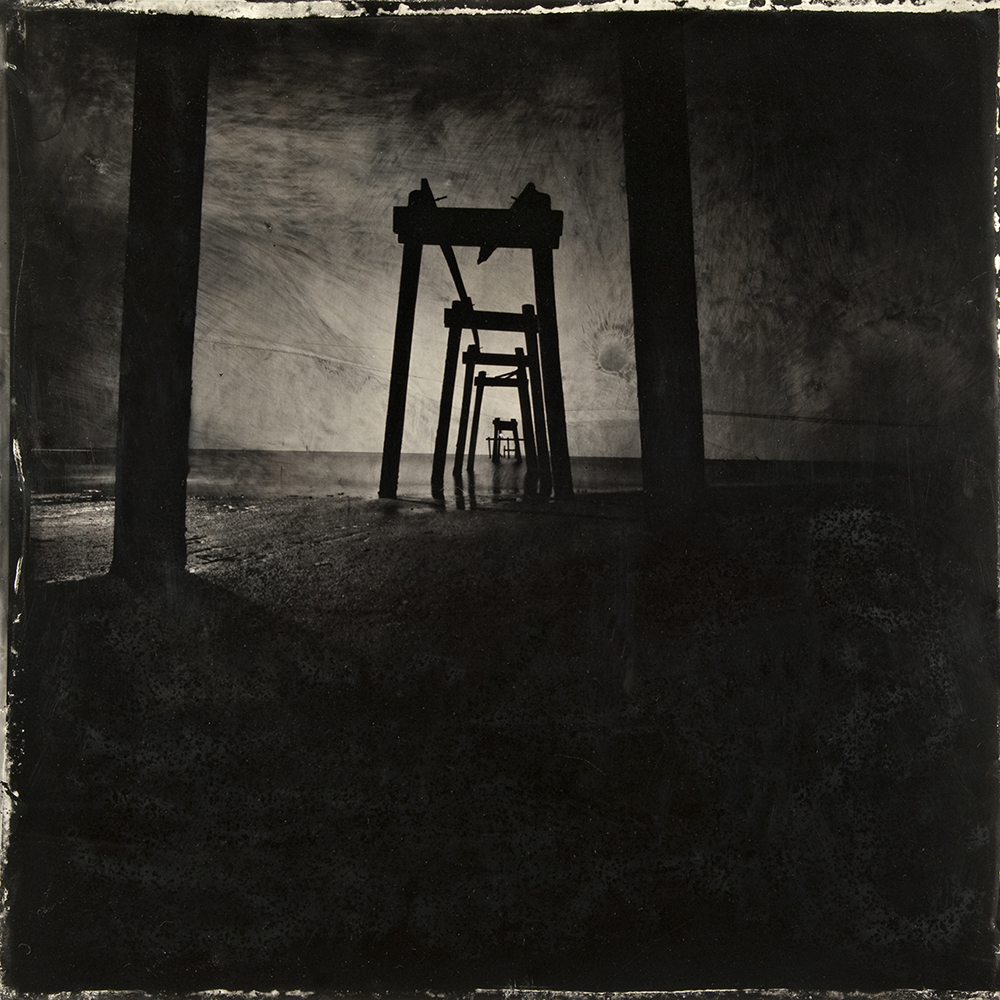 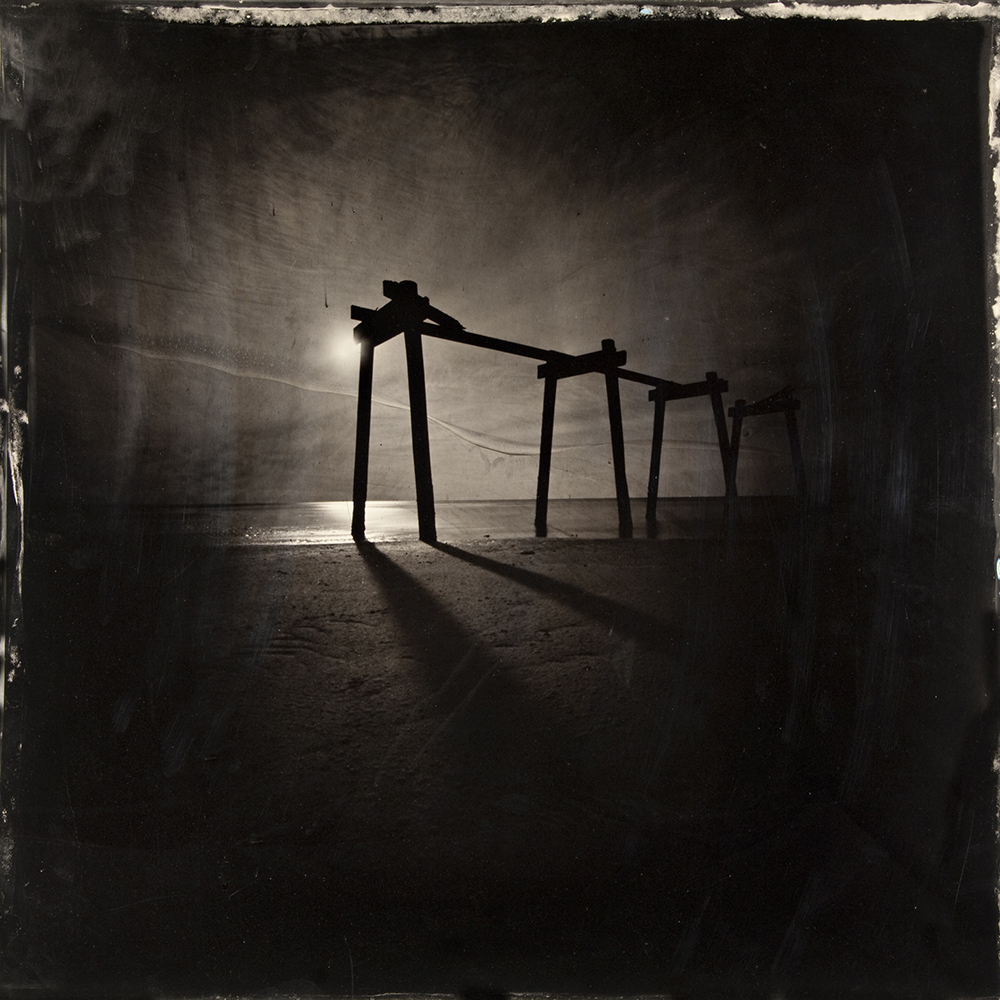 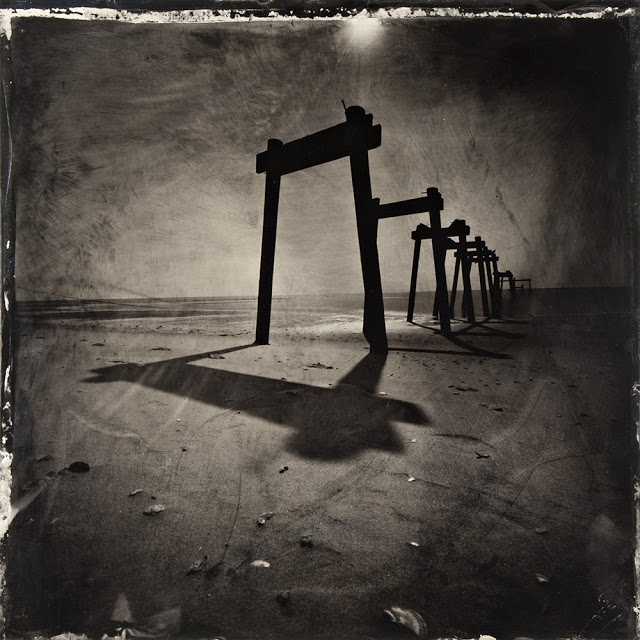