When I met Brenda Biondo and spent time with her terrific project, Once Upon a Playground, I realized that it had so much potential–as a teaching tool, as a museum exhibition, and as a book. As a teaching tool, it was a great reflection of how a project forms, from a few photographs and ideas, growing into significant research of a subject adding additional layers of insight and thought. As Brenda states, she discovered that no institution is documenting objects of play, and her project may one day, be an important historical record.  Her museum options range from Children’s Museums, The Museum of Play, the Smithsonian, and a host of other options.  Finally, the book dummy that she shared in Colorado is a thorough and fascinating look at the history of playgrounds. Publishers, where are you?

Brenda received B.A. degree in communication arts from James Madison University in Virginia. After working in corporate communications in Manhattan and Washington, DC for a decade, she left the corporate world to focus on freelance writing. As a writer, she had her work published in The Washington Post, The Denver Post, The Christian Science Monitor, USA Weekend magazine and many other publications. In 2004, she decided to discontinue writing in order to concentrate on fine art photography. Her work has appeared in group and solo shows throughout the country, including exhibits at the Center for Fine Art Photography in Fort Collins, CO; the Hubbard Museum for the American West in Ruidoso Downs, NM; the Dairy Center for the Arts in Boulder, CO; and the Torpedo Factory in Alexandria, VA. A native New Yorker, Brenda now lives in a small Colorado town at the base of Pikes Peak with her husband and two children.

Once Upon A Playground

This was the first project I started after turning 40 and having my first kid. Even though I had been taking photographs for more than two decades, I had never pursued it seriously until then. As I was thinking about subjects I could shoot with a baby in tow, I began noticing that the local parks I visited with my young daughter hardly ever had the type of equipment I had grown up with. 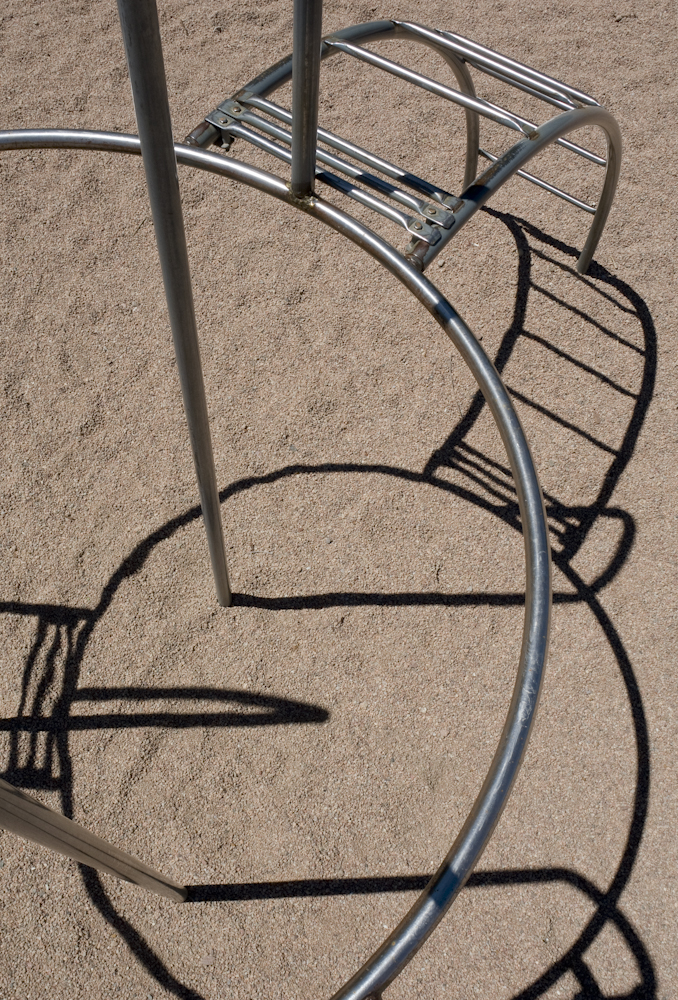 For the past nine years, I’ve worked on this project on and off, traveling around the country photographing whatever old playground equipment I can find in schoolyards and public parks. I see this series as a type of cultural archeology, because playgrounds have played such a prominent role in the lives of American children for generations. The classic metal and wood structures were a distinctive element of the American landscape for most of the 20th century and are part of the personal histories of most Americans over the age of 30. 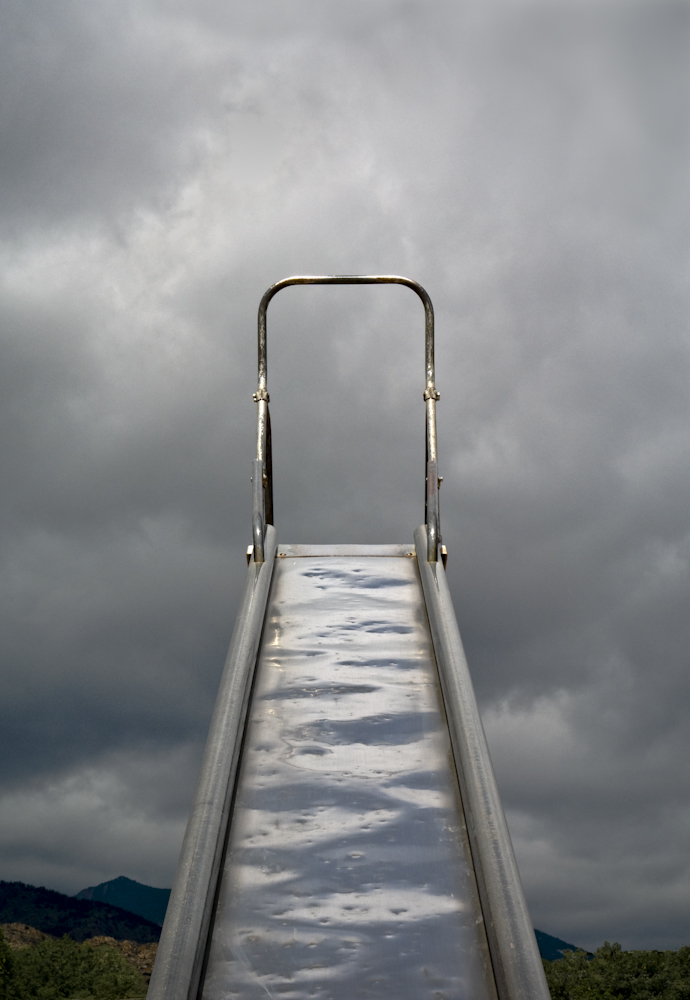 The towering metal slides, spine-jarring seesaws, colorful spinners and other classic equipment was gone from most playgrounds. As I started focusing on these childhood icons, I realized that the equipment designs often reflected the popular culture of the times, with geometric metal and wood apparatus of the early 1900s supplemented by pieces in the shape of cowboys and Indians, Wizard of Oz and Charlie Brown characters, rocket ships and satellites, motorcycles and geodesic domes during the 1950s, ’60s and ’70s. 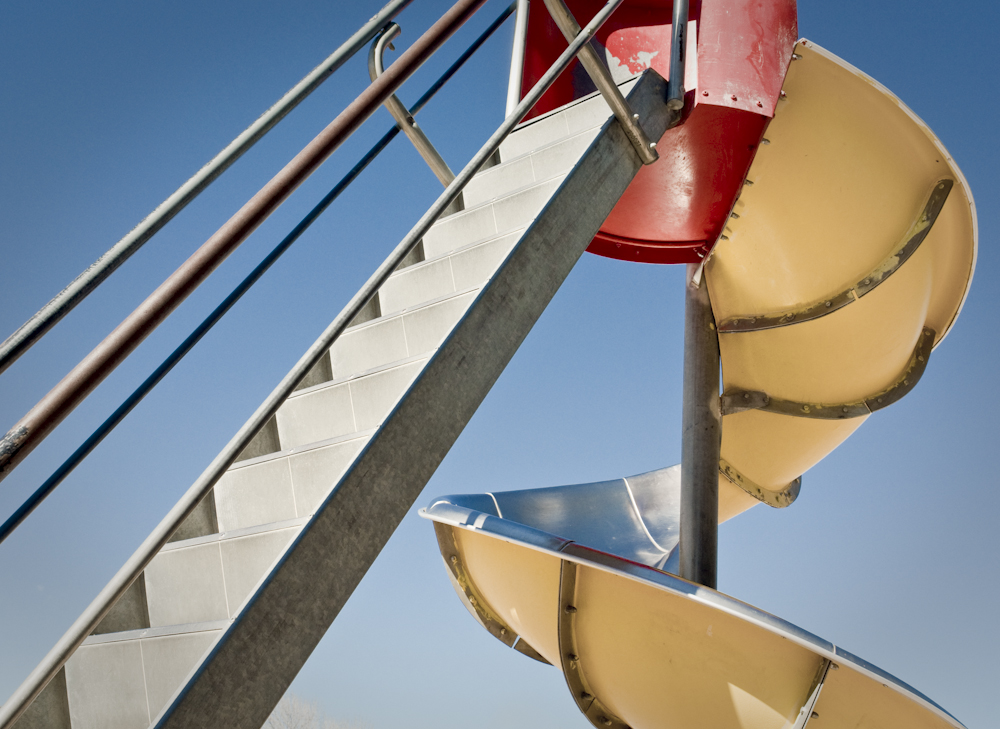 Unfortunately, it gets harder to find this equipment with each passing year. When schools and towns renovate their playgrounds, the old equipment is almost always hauled away to the scrap yard. As far as I can tell, no institution — hello, Smithsonian — is collecting and preserving this equipment. I can’t remember how I stumbled across the first playground catalog on eBay, but I began buying them whenever one came up for auction, not really sure what I would do with them but knowing they provided historical context for my photographs. 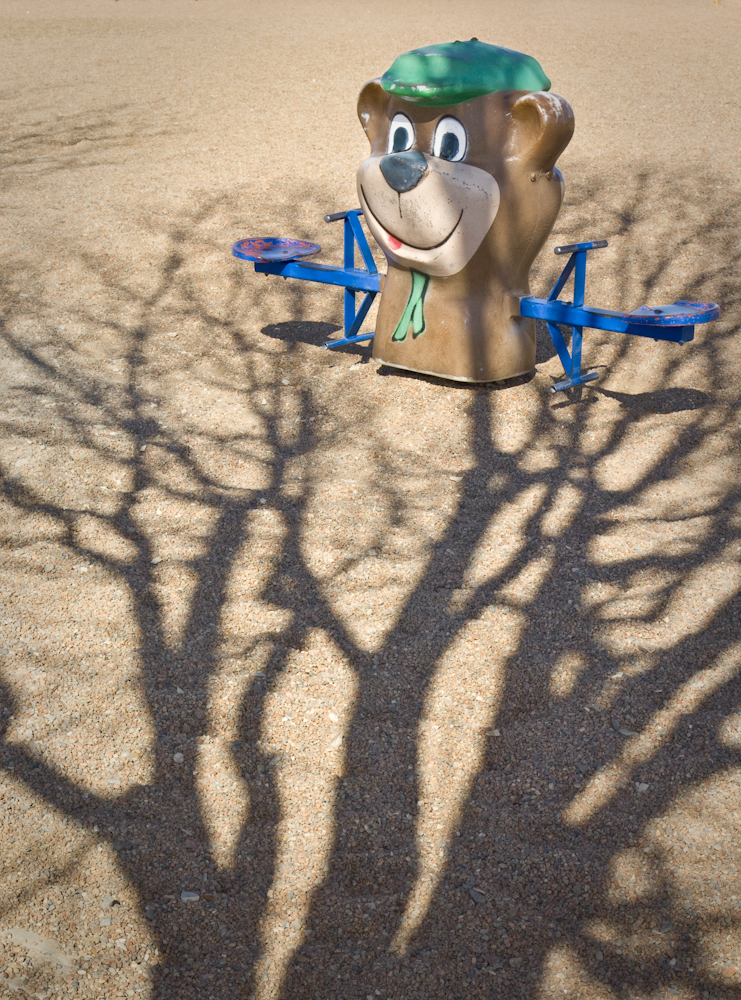 After several years, I had nearly two dozen catalogs, published from 1920 through 1975, along with a growing pile of historical playground postcards. I’ve recently combined the historical documents with my photographs and created a book on Blurb to show to potential publishers. All the elements of the book are viewable on my website, www.onceuponaplayground.com. 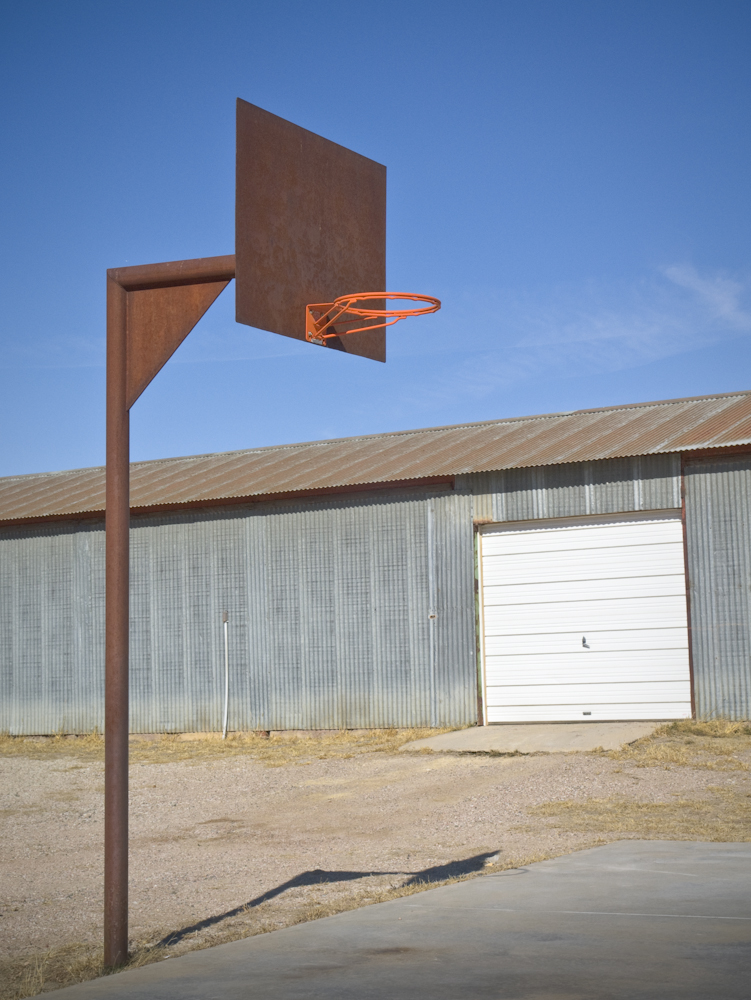 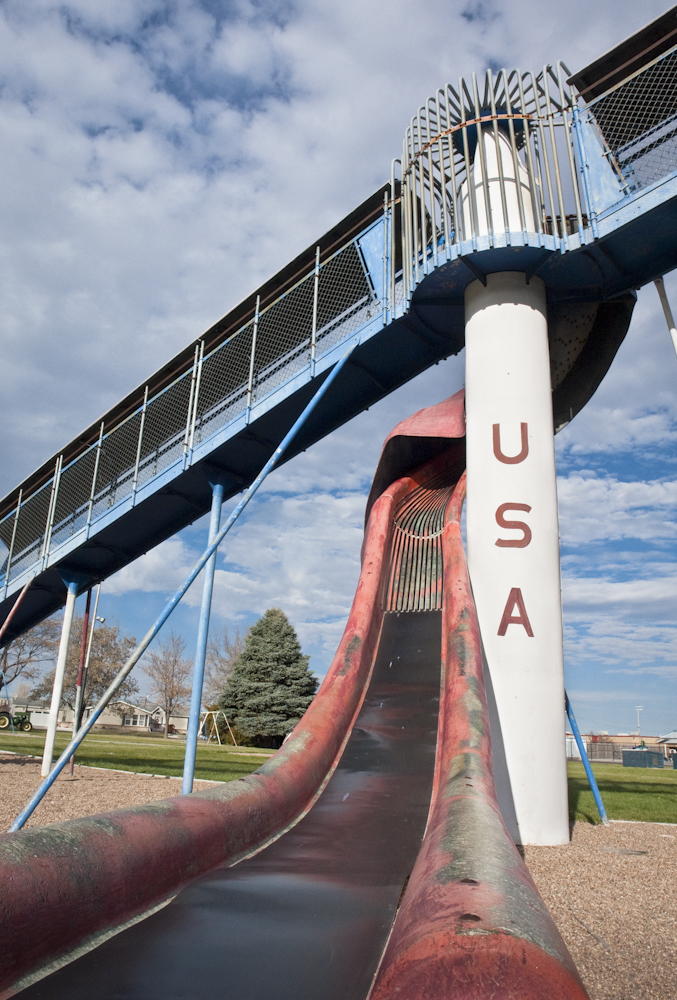 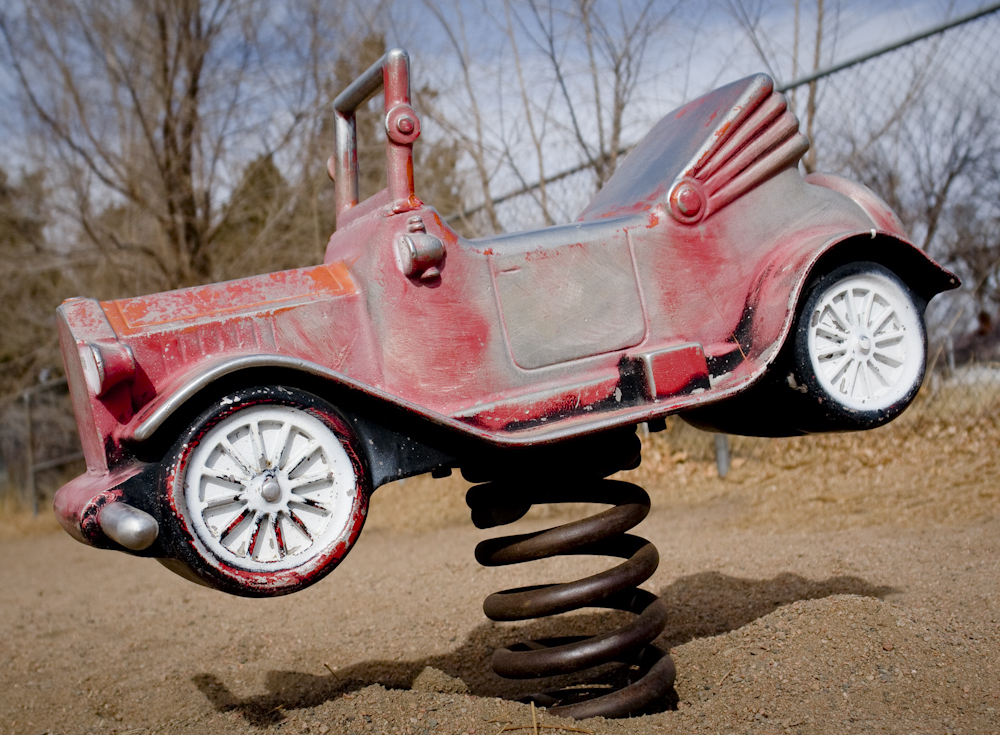 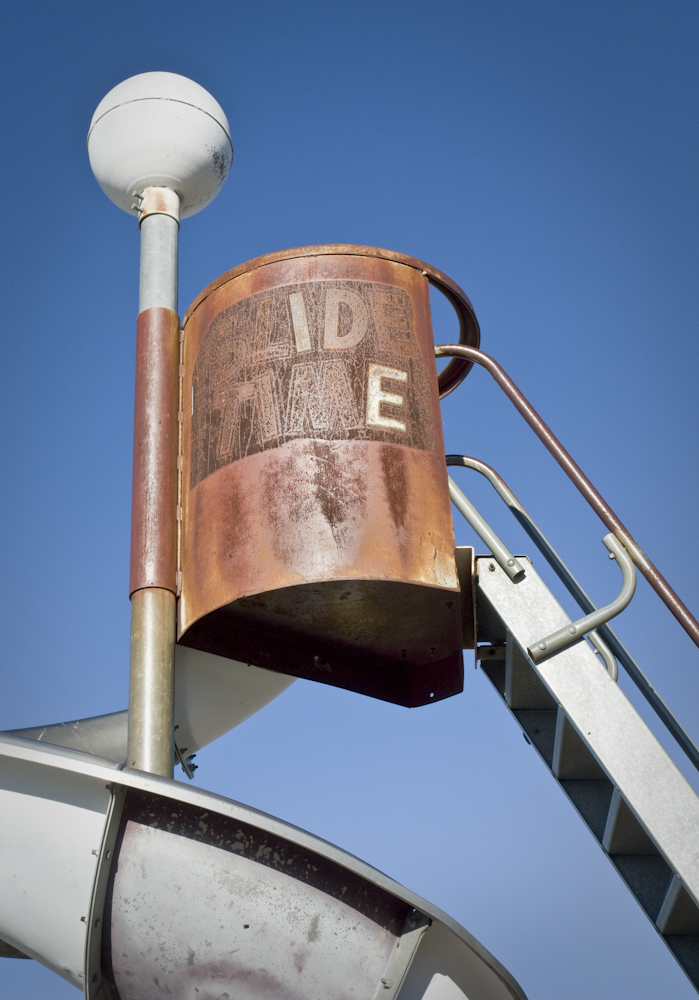 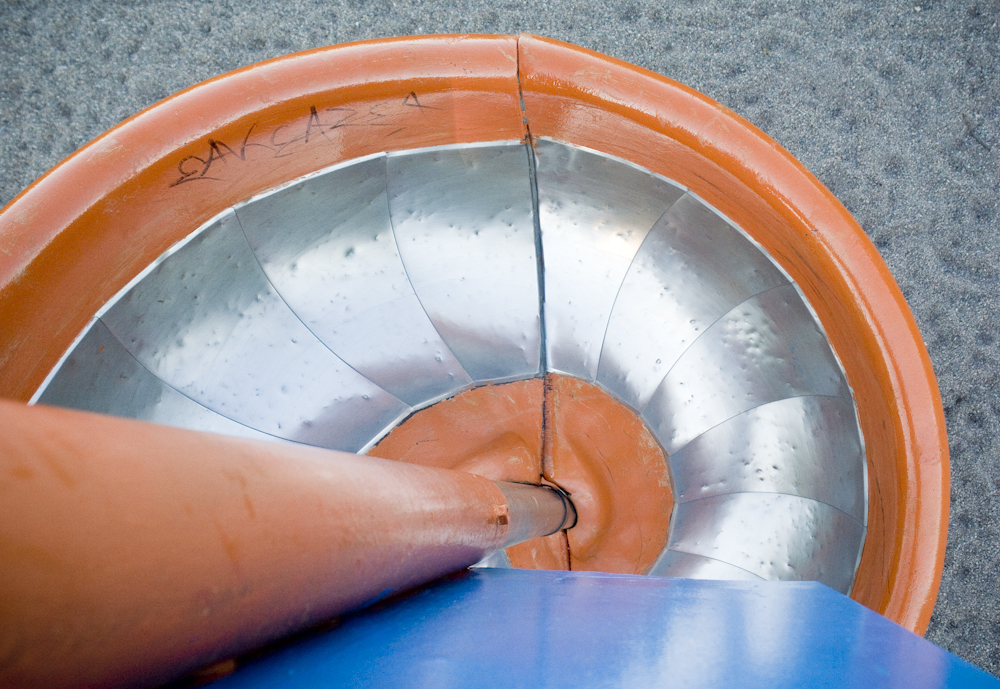 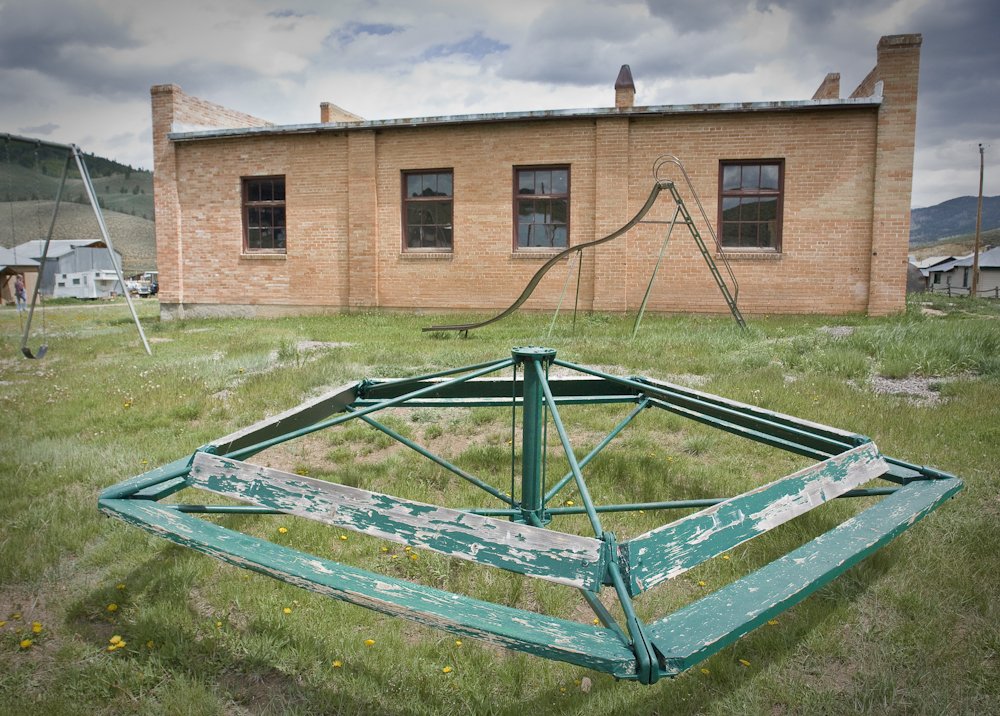 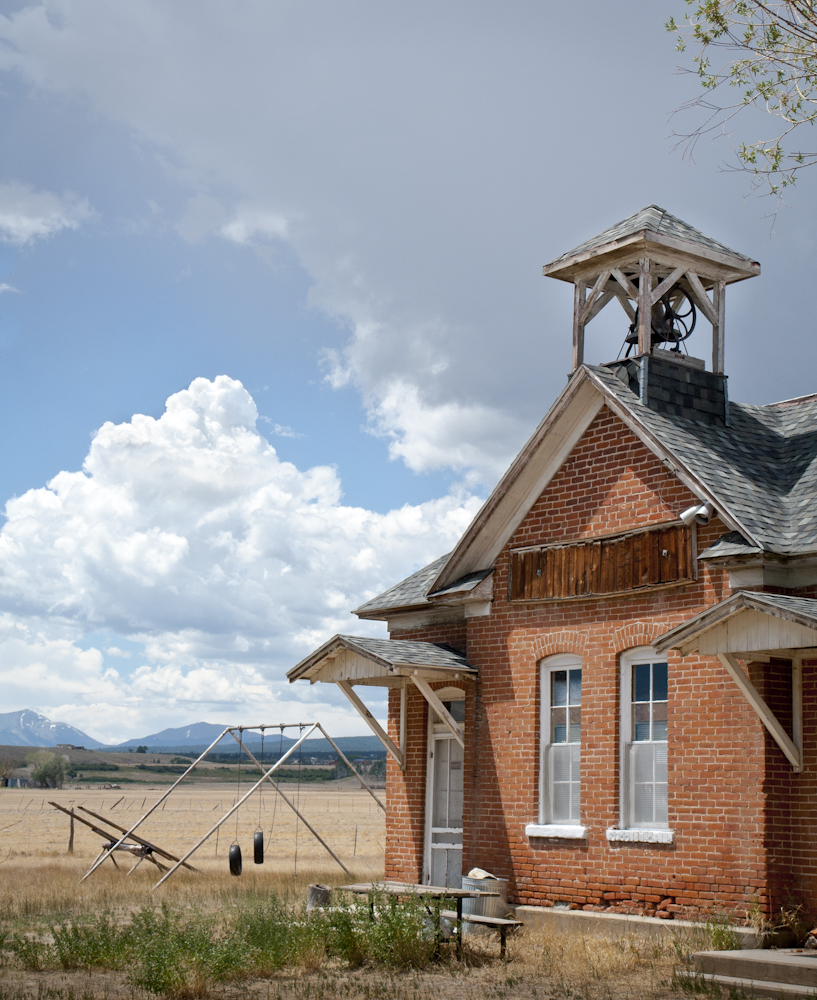 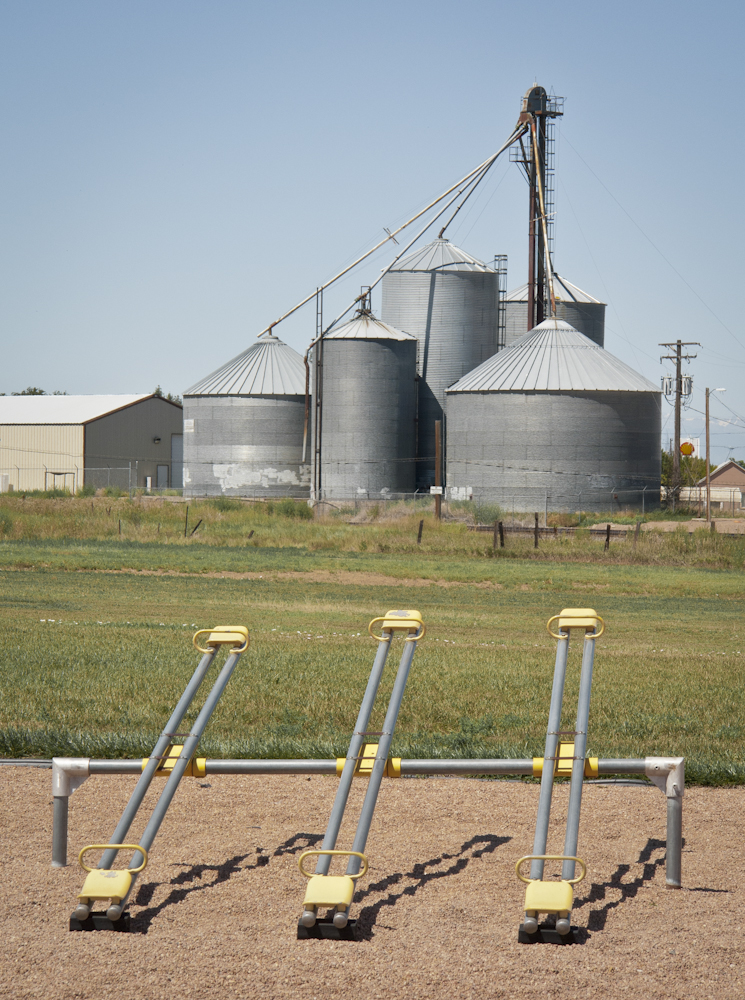 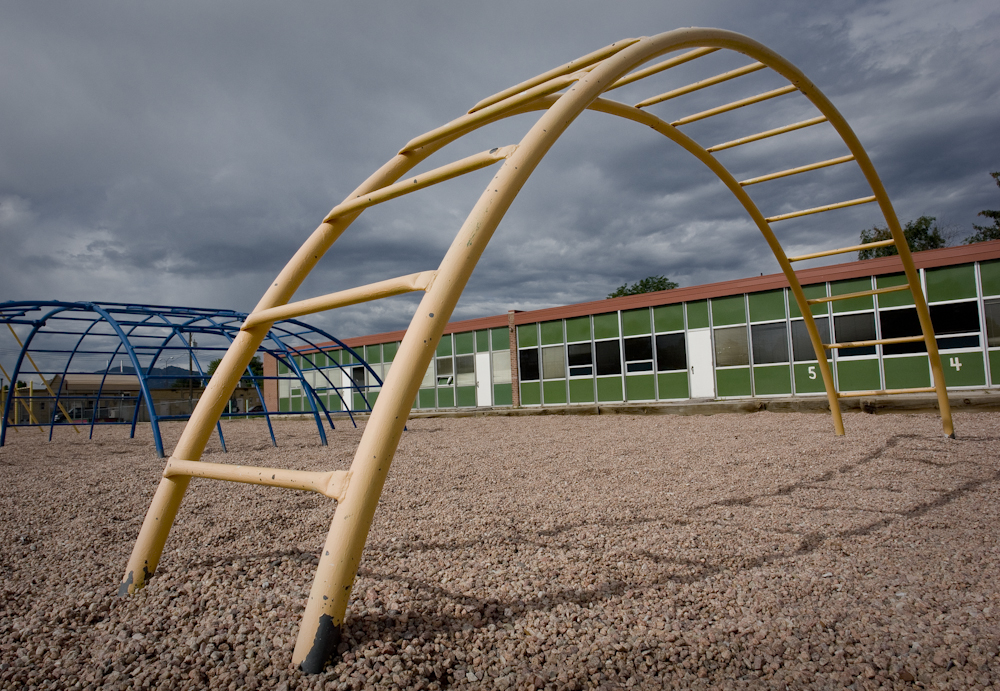 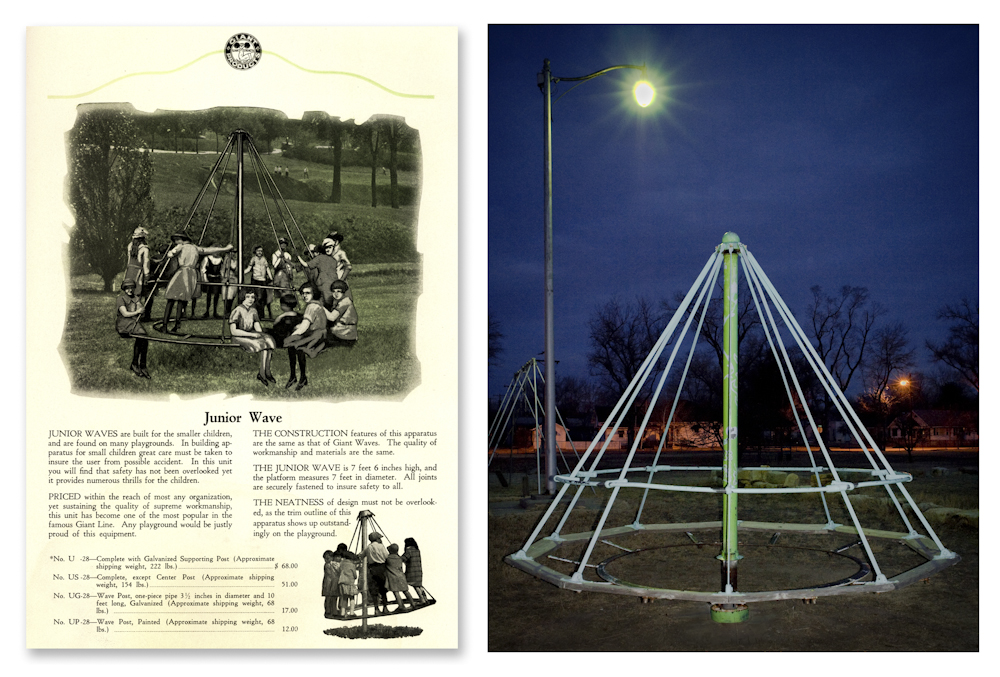 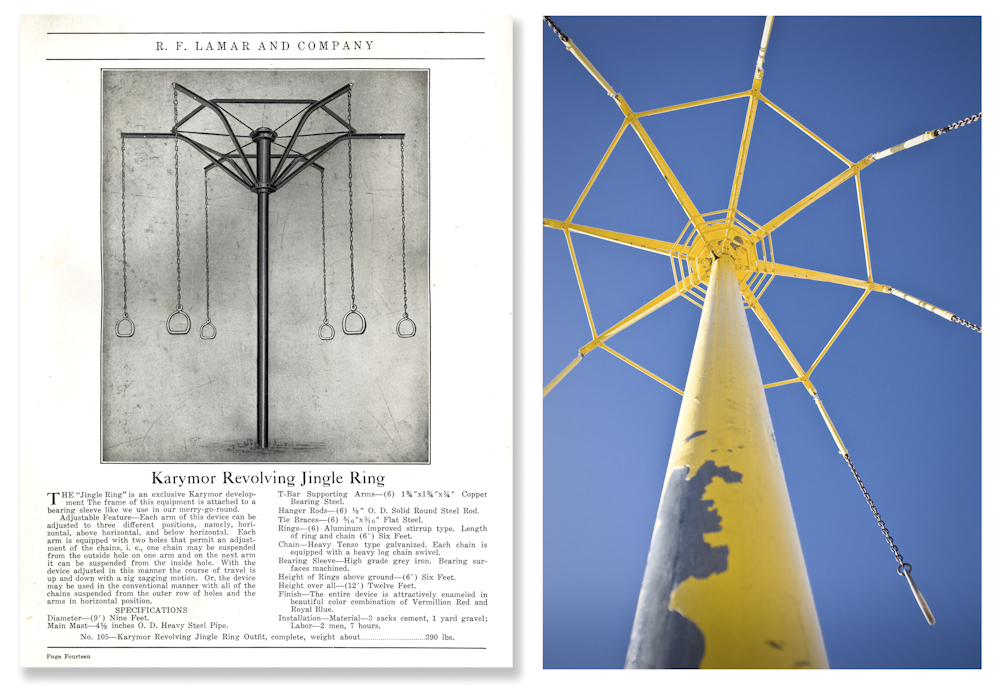 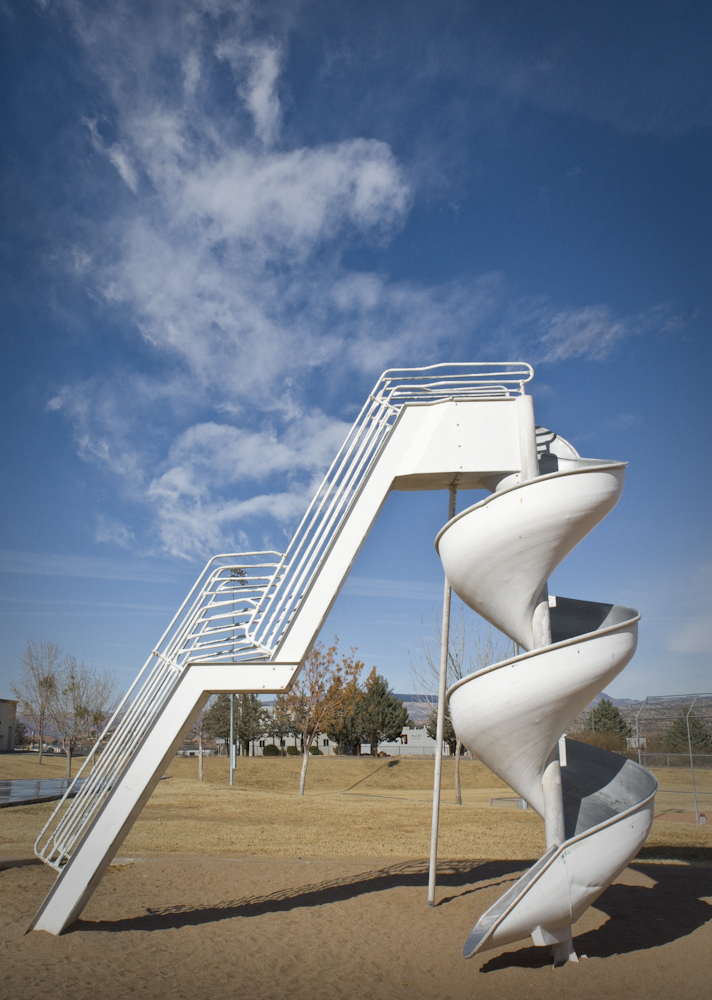