For the next few weeks, I will be sharing work that seen at PhotoNOLA….

Articulating our lives, our childhoods, our thoughts and emotions through photographs can be therapeutic and enlightening. Photographer Susan Keiser has reconstructed and recontextualized her personal history, looking at her childhood through the fog of time and memory, and in this case through the blur and chill of ice.  Needless to say, shooting through ice is a telling gesture. She selected a dollhouse and family of dolls that were from the era of her youth,  each tableau representing a personal experience, memory, or trauma. Today I am featuring one series, Fire and Ice, of a two part project: A River Made of Time and Memory.


Image from Fire and Ice, A River Made of Time and Memory 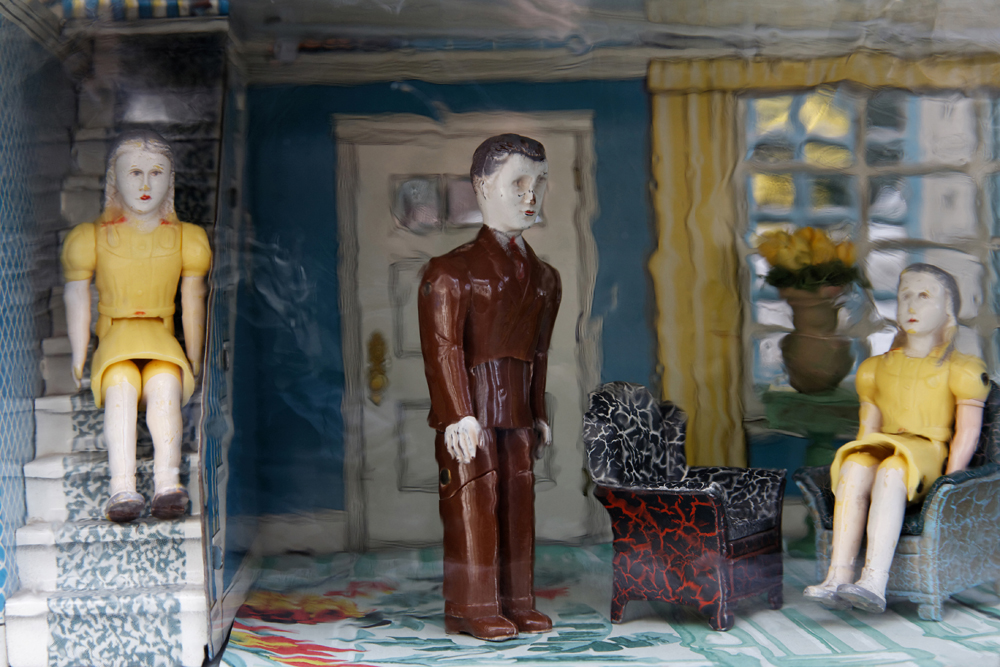 Image from The Last Wave By, A River Made of Time and Memory 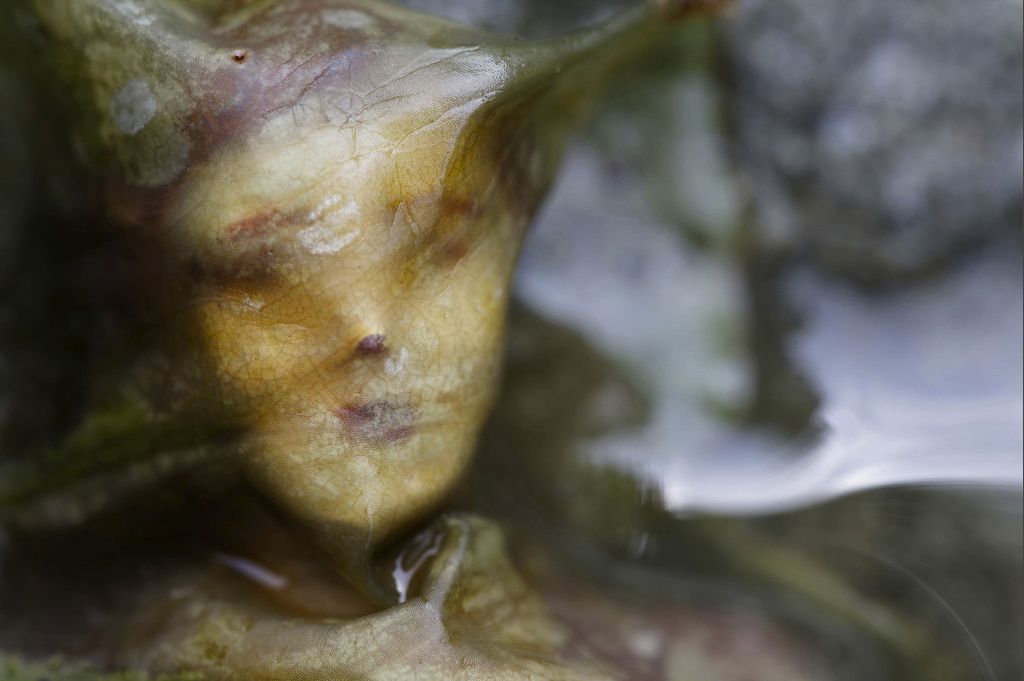 Susan attended Pomona College, Claremont, CA, and received her BFA from The Cooper Union, New York, NY. Primarily a painter and printmaker for many years, she returned to photography as her primary medium for making art when digital technology made it possible for artists to control working in color as easily as they could working in B &W.

She was a Senior Editor at Oxford University Press, New York, NY, and Manager of the Rock and Native Plant Gardens at The New York Botanical Garden, Bronx, NY. Her interest in public art led to a series of site-specific sculptures around the country, commissioned by public and private institutions, including the Milwaukee Art Museum, Milwaukee, WI; Walker Art Center, Minneapolis, MN; and the International Design Conference at Aspen, Aspen, CO; and culminating in an ecology-themed mini botanical garden housed in custom-designed containers, stretching down two 300-ft terraces in the heart of New York City’s Rockefeller Center.

Her work is in a number of private collections, including Rockefeller Financial, LLC., who commissioned eleven photographs for their Rockefeller Center headquarters. Susan was awarded a Design Arts Grant from the National Endowment for the Arts and received a Merit Award from the Art Directors Club of New York. She has been a teaching artist at the Lincoln Center Institute, New York, NY, and assembled a collection of handmade paper art for The Neurosciences Institute, La Jolla, CA. She has exhibited widely, including a solo exhibition at Soho Photo Gallery in New York City. Susan currently lives and works in Ossining, New York.

A River Made of Time and Memory: Fire and Ice

My parents weren’t much for taking pictures. The entire family archive fit in a small cardboard box: two barely started albums and a pile of photo envelopes from various drugstores. Over the years I’d spent hours studying and restudying those few hundred snapshots, looking for insights even in the badly blurred ones. Part memory, mostly invention, the stories I wove became my history. And I didn’t realize how much I depended on them until they were destroyed when my mother’s basement flooded in 2006. 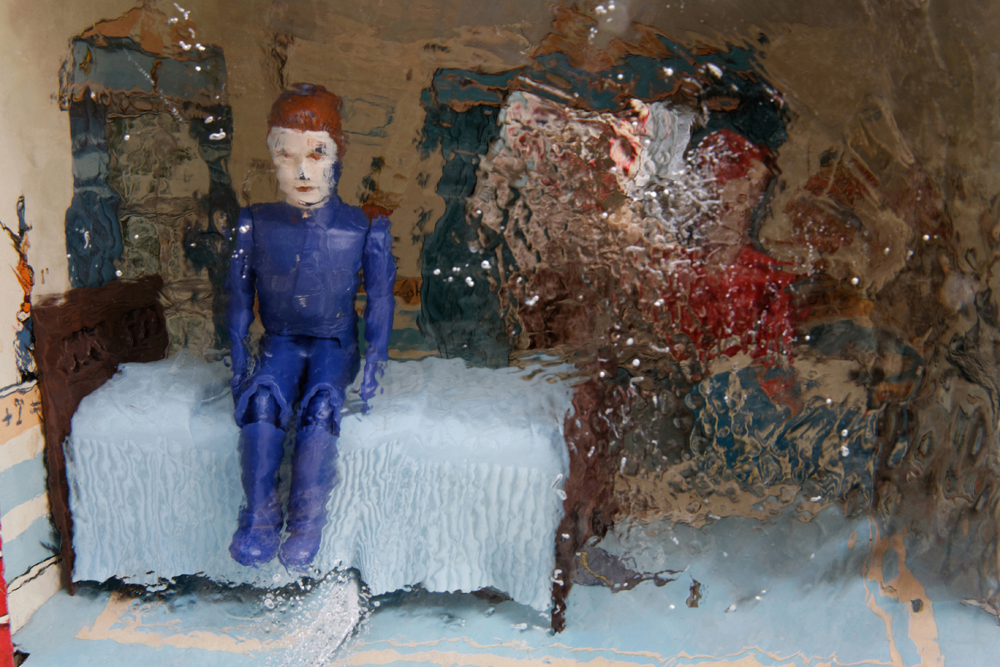 I didn’t consciously set out to replace what was lost, but over time I’ve come to realize how important it is for me to build a visual record—not of actual events, but of the life story I created for myself, to bring new light to the memories and dreams that color my world. Intuitive, improvised, carried forward by floods both literal and figural, my photographs record emotional truths, crystallized in haunting portraits, compressed into miniature scenes, staged as visual interrogations. My images flow from different trains of thought, reflecting shifting moods and patterns of light to create a “spiritual autobiography” that continues to evolve. 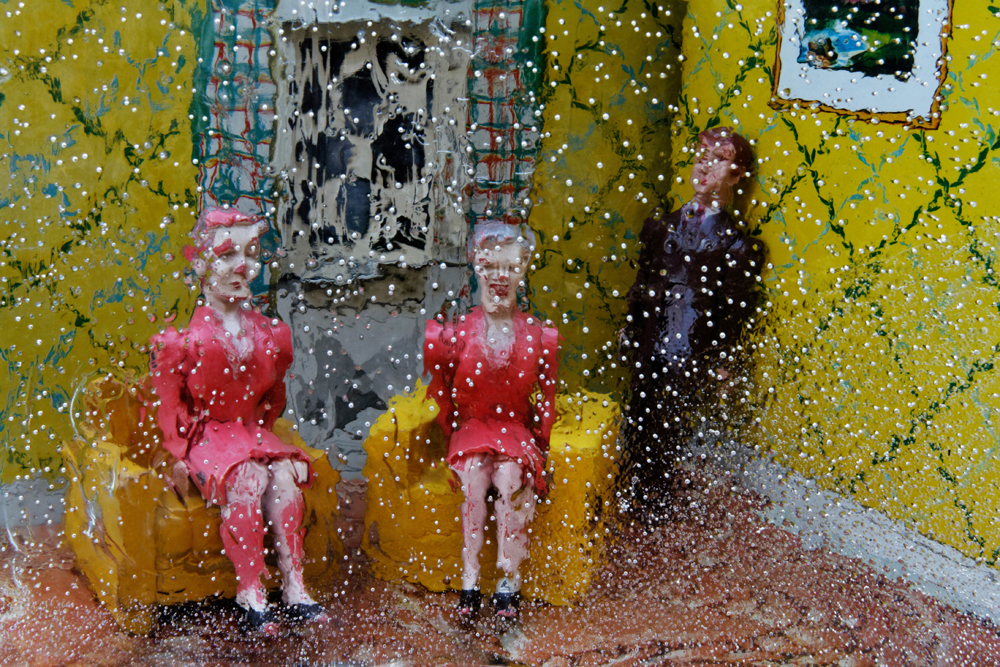 I work mostly outdoors in my garden, following the seasons, collaborating with the weather, injecting the natural world as a counterpoint to the mass-produced dolls from an earlier era that serve as my “cast.” Once models of conformity, they are now faded and scarred, imbued by years of handling with unique personal histories. Cast-offs acquired on Ebay, their rigid plastic limbs have a limited range of motion, but their worn faces are painted with a sensitivity that, in just the right light, gives them life and unexpected animation. Memories incarnate, they feed into my own sensibilities. 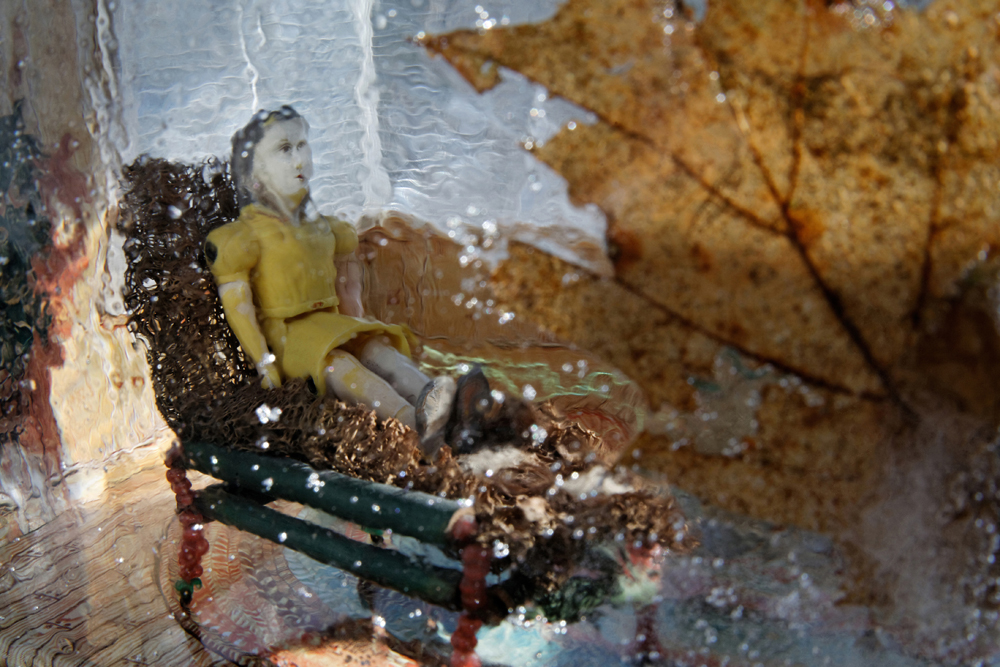 Water, in all its forms, often animates my storytelling, creating transparencies and reflections that distill and multiply viewpoints. I once studied family snapshots looking for the literal, linear truth of what happened. Now I look for points of intersection in the larger web of life, between past and present, what I saw and felt then and now. My imagist memoirs float through time, isolating moments of immediate impact, freezing scenes for closer study. Just as glass is created by intense heat, ice is formed by intense cold. Both are fragile, reflective, and transparent. And both create life-framing windows and mirrors. 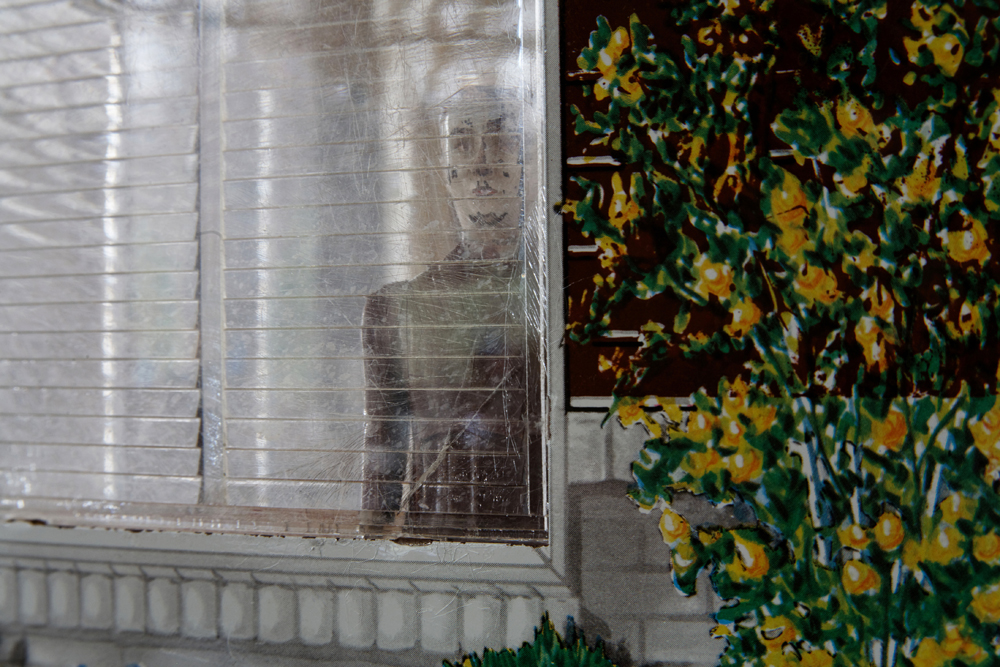 While I tell my story honestly, it never sounds the same twice. The words and images always aggregate in some new, more definitive way, until once again they disintegrate into glittering moments of insight and speculation. Like the reflection in water that ripples away if you try to touch it. Like the vision in the glass, frozen in time until you shift position. The river is ever-flowing, ever-changing, never the same twice. 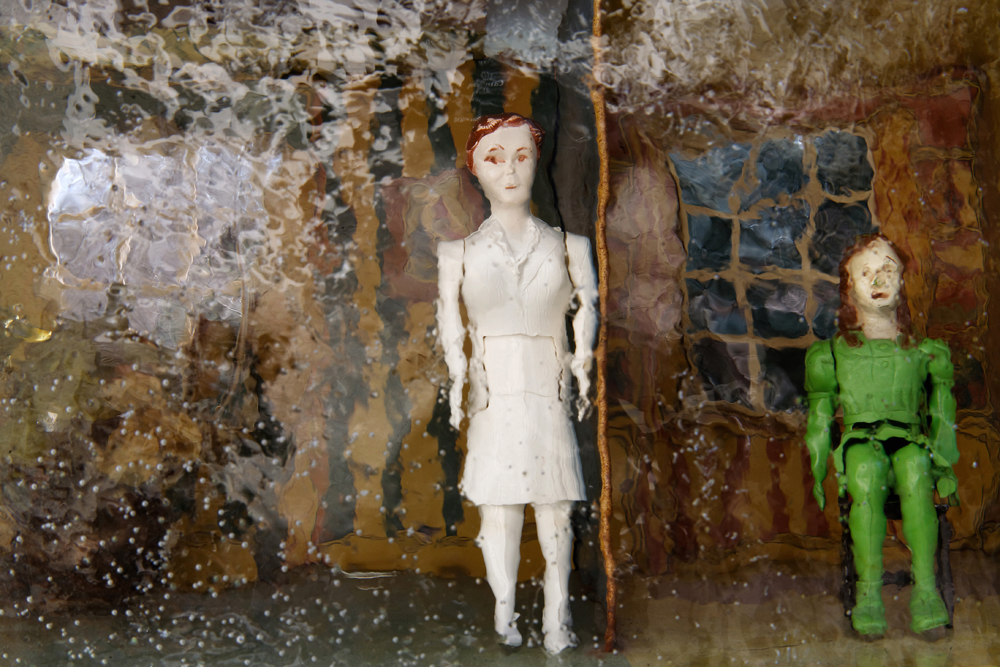 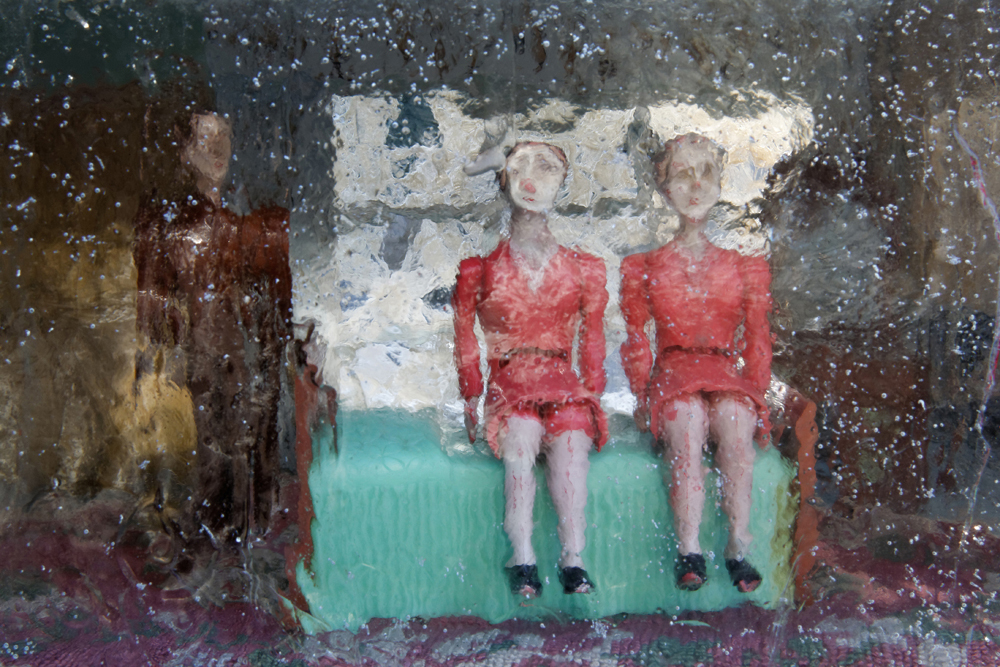 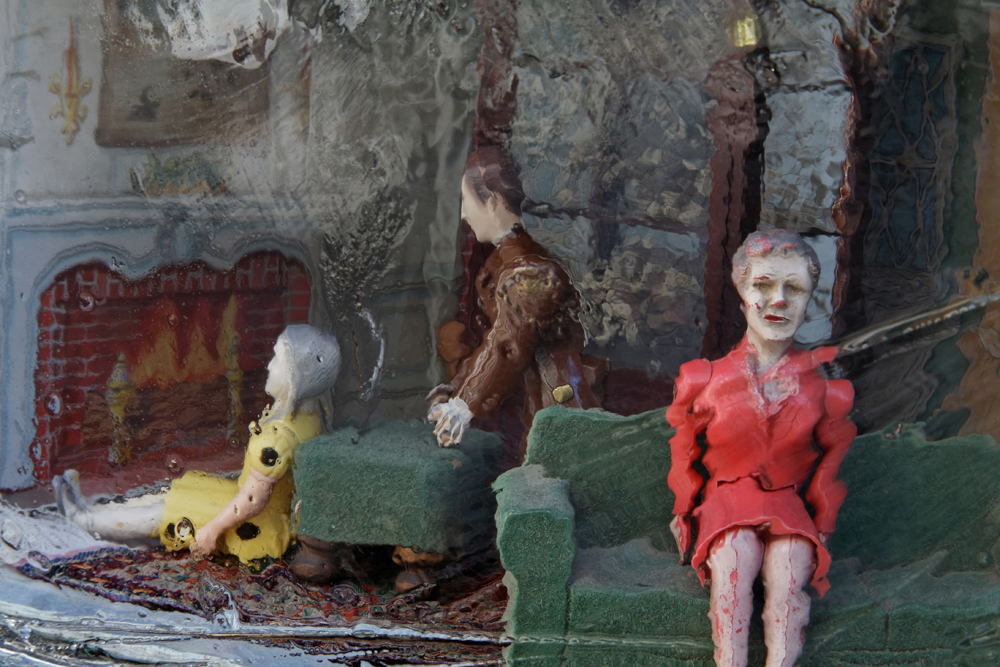 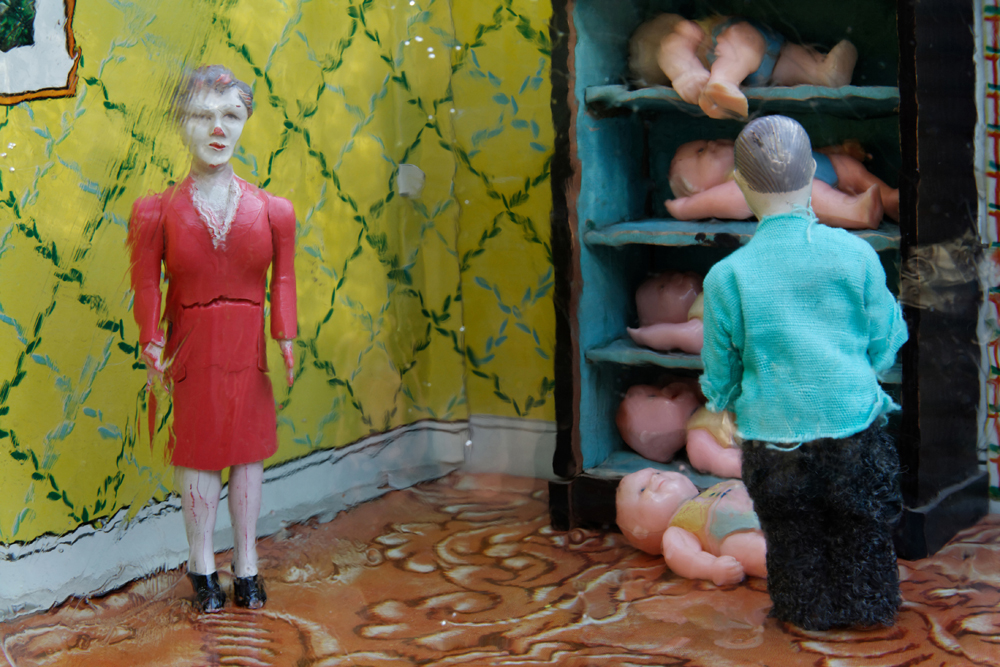 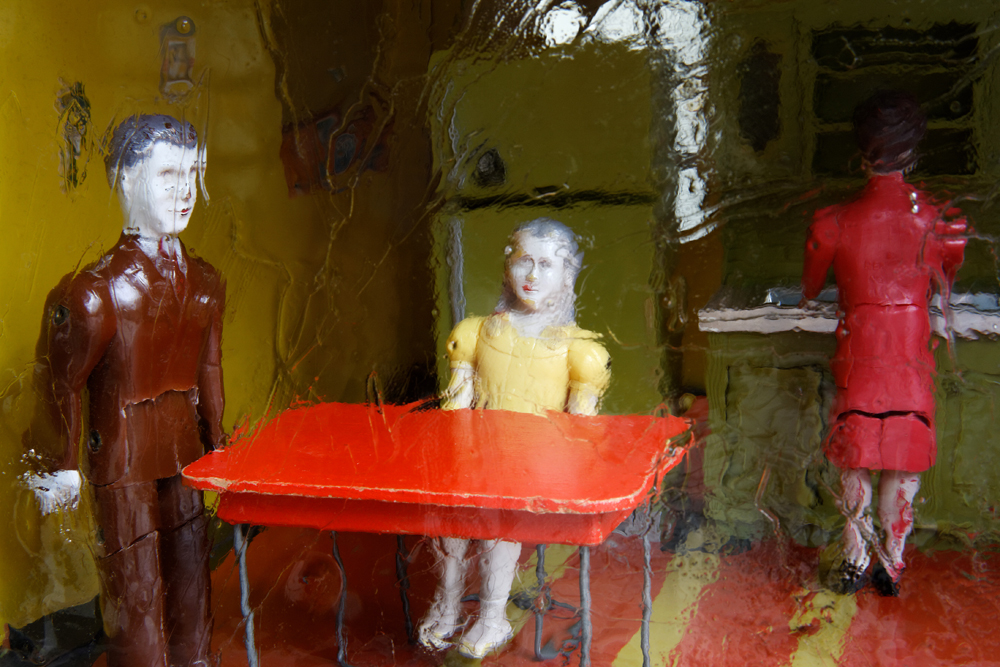 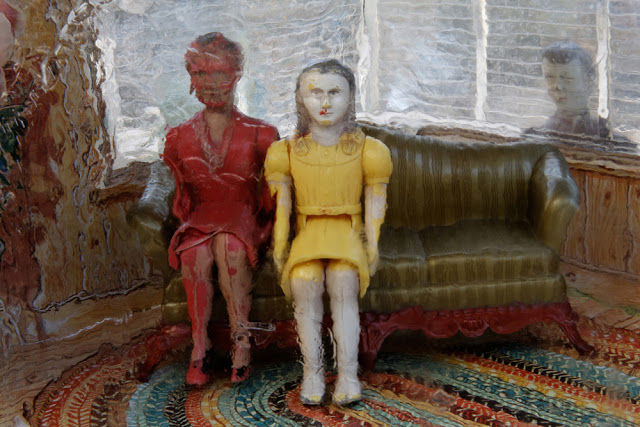 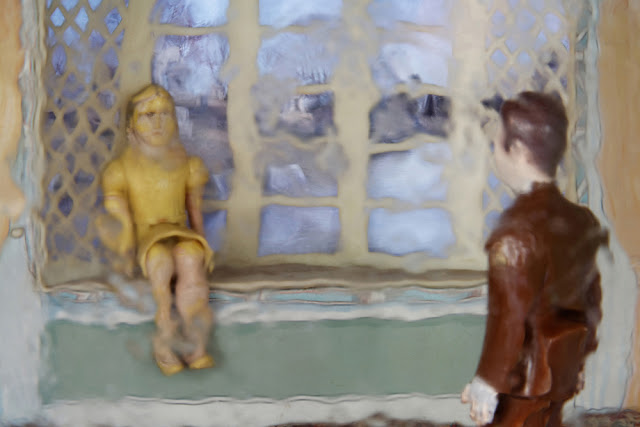 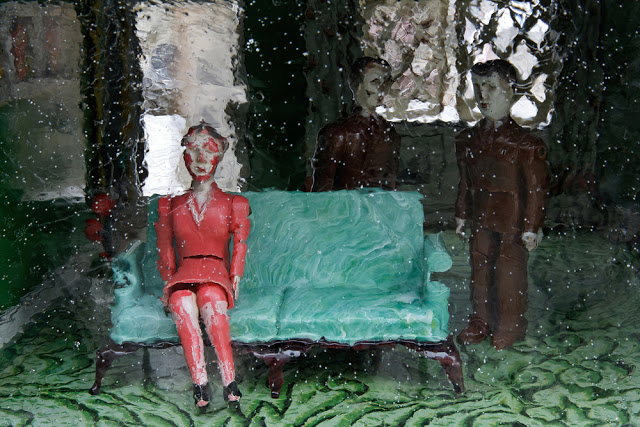 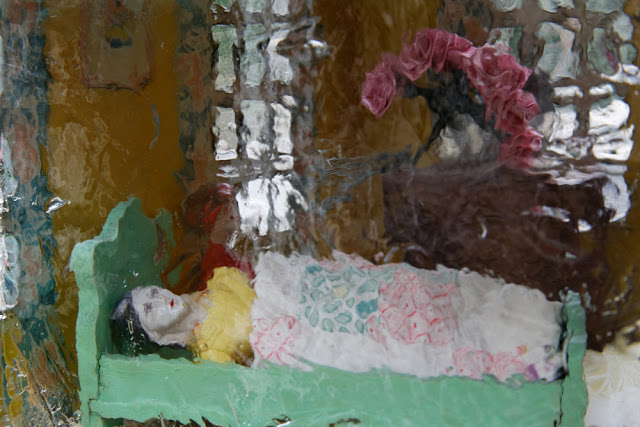 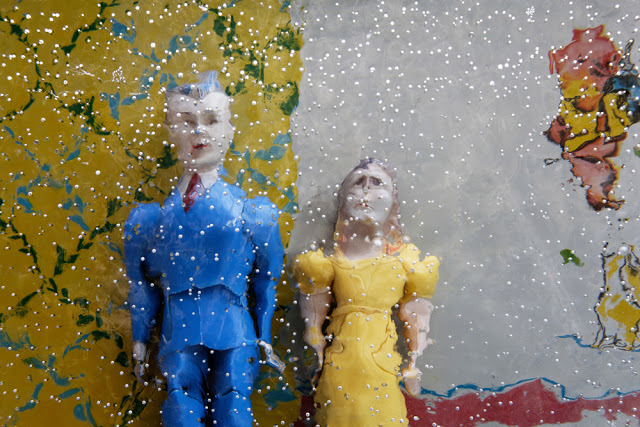 NEXT | The 2013 Favorite Photograph of the Year Exhibition >
< PhotoNOLA: Brandon Thibodeaux | PREV