Opening April 4th, at the United Photo Industries Gallery in Brooklyn, Melissa Cacciola will be presenting her project, War and Peace. War and Peace is a collection of forty-eight tintype portraits of active duty military and veterans from the Army, Navy, Air Force, Coast Guard, and Marines as a kind of confessional before the camera. Fifteen men and nine women of various backgrounds, ages, and roles in the armed forces have been photographed in uniform and civilian attire in an exploration of war, identity, and what serving in the armed forces means. Melissa’s unique approach to military portraiture is a nod to how war and soldier’s were captured at the beginning of the photographic medium, and this gesture of historical process combined with identity is a terrific way to celebrate this population.

Melissa  studied fine art and the historic preservation of art at Columbia University and New York University. Trained by the legendary John Coffer, she specializes in tintype and nineteenth-century photographic processes.
It was when she began using the tintype process that she found her voice. Each of Melissa’s recent portrait projects have focused on three very different groups of people: New York Artists (Chemical Chimera); active duty and veterans of the United States Military Deployed to Afghanistan and Iraq (War and Peace); and the Mohawk Ironworkers at the World Trade Center (Skywalkers).

All three projects have or will be exhibited as solo shows. NPR, Newsweek, Time Lightbox, and Time Magazine have published tintype portraits from her series War and Peace and Skywalkers. Melissa was awarded a Premier grant from COASHI/NYC Department of Cultural Affairs for her work on War and Peace (2013), and also received a nomination for Photo District News 30 (2012), and an honorable mention from Fotovisura (2012). Melissa’s portraits can be found at the Museum of Fine Arts, Houston and in private collections.

These double portraits contrast each individual and his or her role in the military against his or her identity in a contemporary world that is constantly shifting culturally and politically. A chef, an infantry rifleman, an explosive ordinance device disabler, and a fuel carrier are just a few of the diverse individuals represented. Through the photographic lens, we can study just how the airman in his dress blues relates to the man in the Guns N’ Roses t-shirt. War and Peacemakes visible the present-day faces of those in service, a cross-section of our society that we may not often have the chance to see. Through the tintype, our humanity—epic and small—becomes transfixed by the intrinsic characteristics of one of the earliest photographic processes in our history. 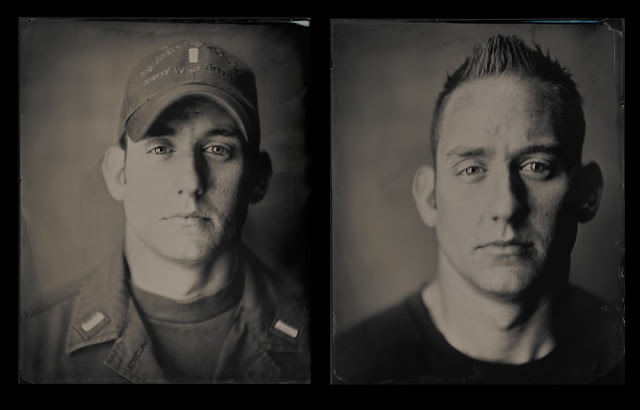 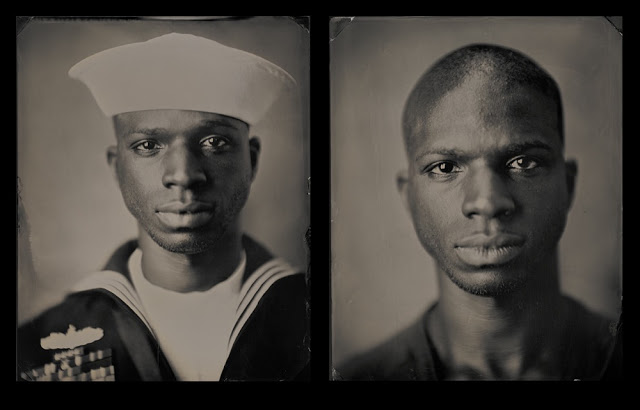 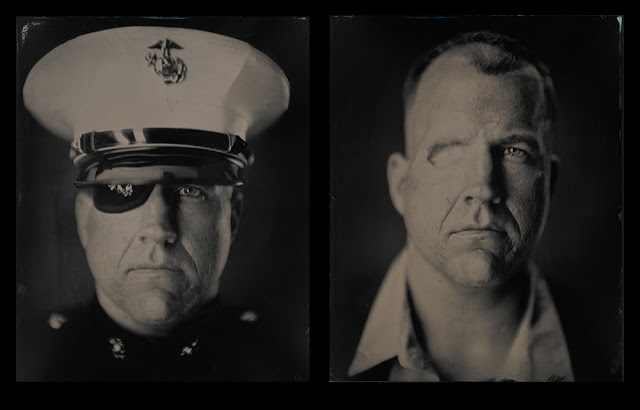 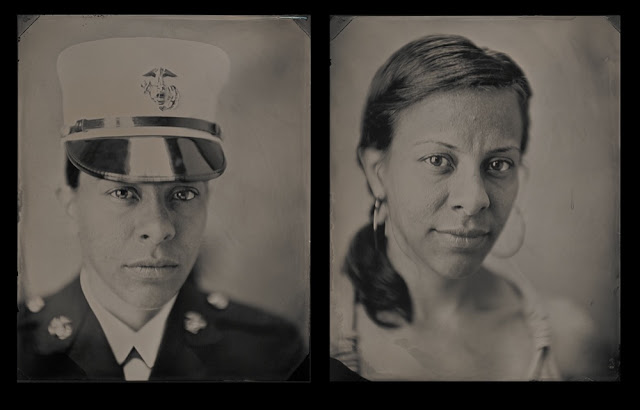 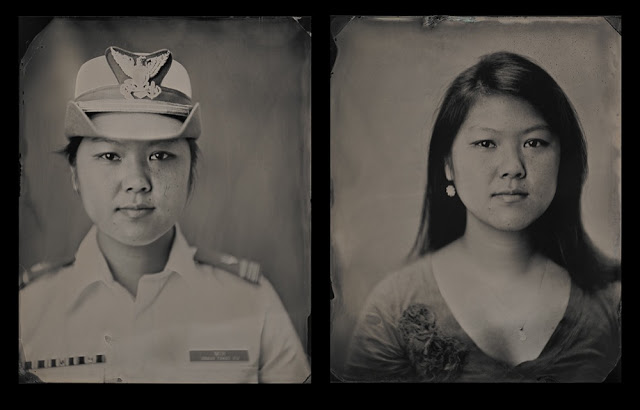 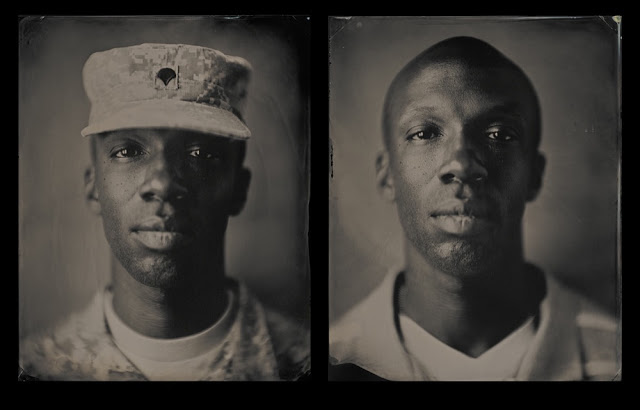 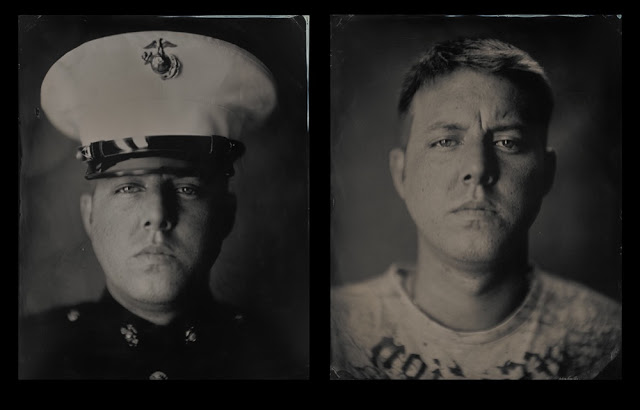 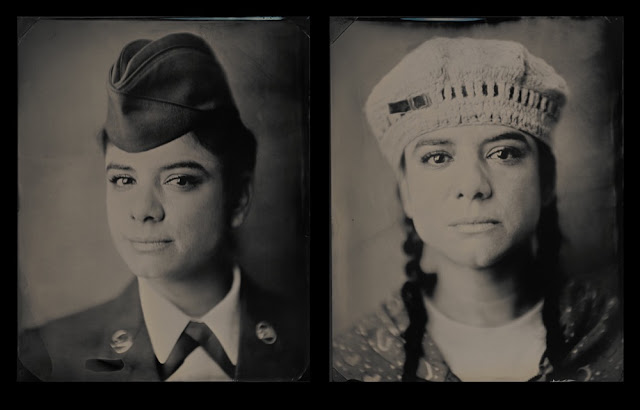 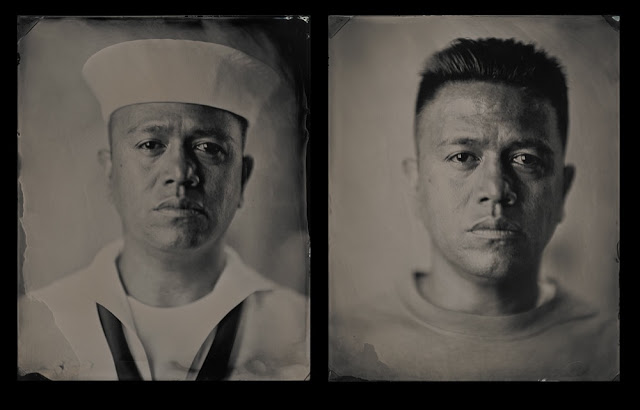 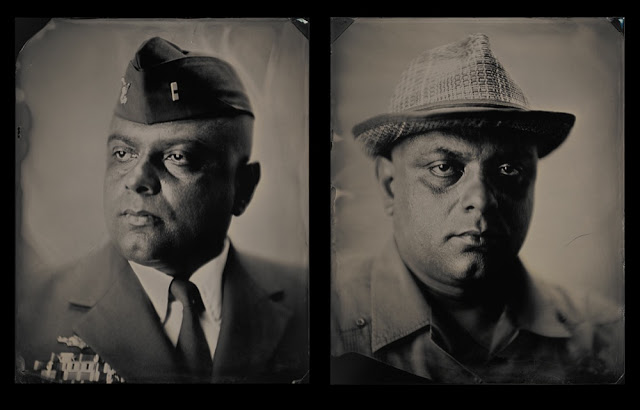 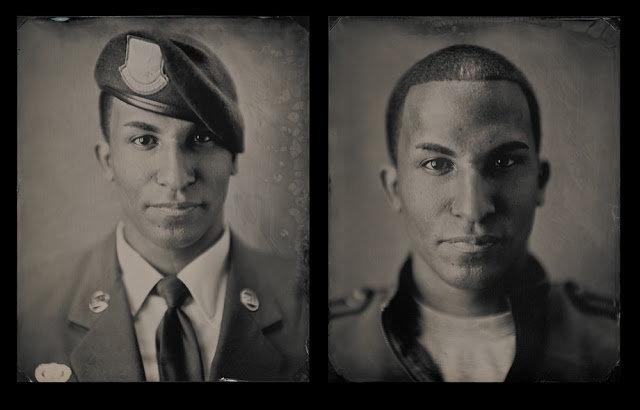 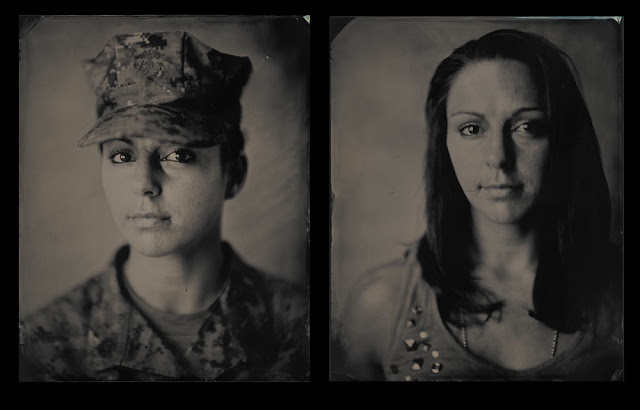 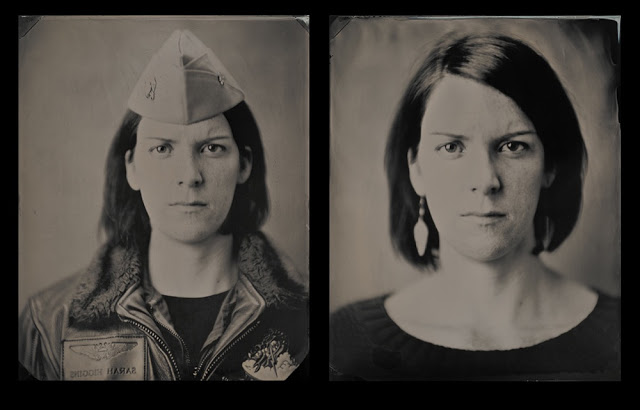 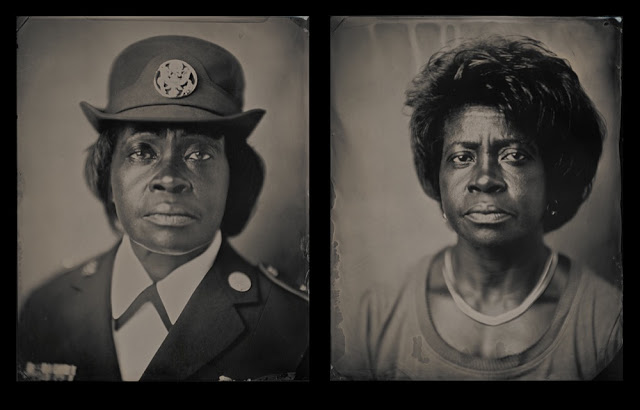 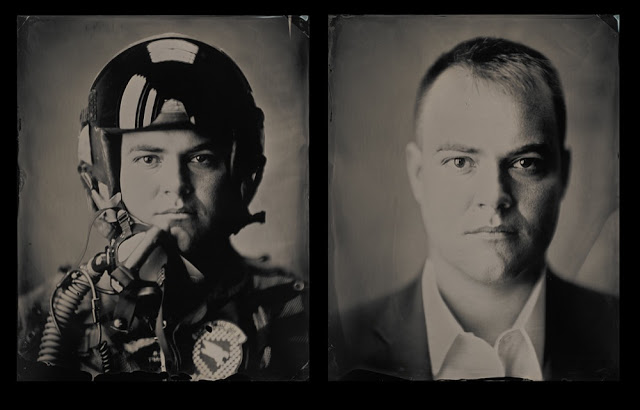