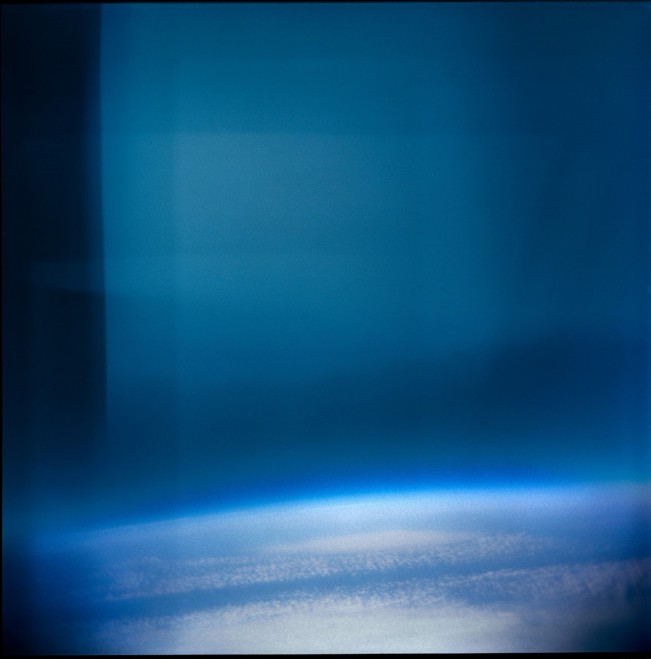 I had the great pleasure of meeting photographic visionary Dirk Fletcher last week in Chicago.  He teaches photography at the Harrington College of Design and created a project that was out of this world. Literally.  Dirk and his students managed to launch a camera into space, a plastic lensed Holga (where the possibility for breakage is tremendous), no less.  Over the summer, his Modern Alternative Practices class decided they wanted to launch four Holgas into space (OK, it was just the Stratosphere but still…) and with a very Rube Goldberg-Esk device got them to fire while almost 100,000 feet over our planet.

I loved Dirk’s stories about the retrieval of the ice chest, something right out of the movies….

I’ll let Dirk tell this story: The student led project took a couple of weeks longer then our 15 week semester with the second of two launches taking place a week ago today. The largest challenge we had to overcome was triggering the cameras while they floated 20 miles above the earths’ surface. We tested several mechanisms before student Ryan Ledesma brought forth a concept robust enough to trip the cameras in frigid near space temperatures. His solution came in the form of a power door lock actuator, the final payload carried two Ford actuators in fact. After he made the suggestion and (much later that night) after the wife and kids were asleep, I worked through a short segment of PVC pipe and various cuts of wood to craft a mechanism that held two cable releases. Then hitting the power lock mechanism with 15 volts, both the attached Holgas fired even in our test freezer in the adjunct lounge at school. 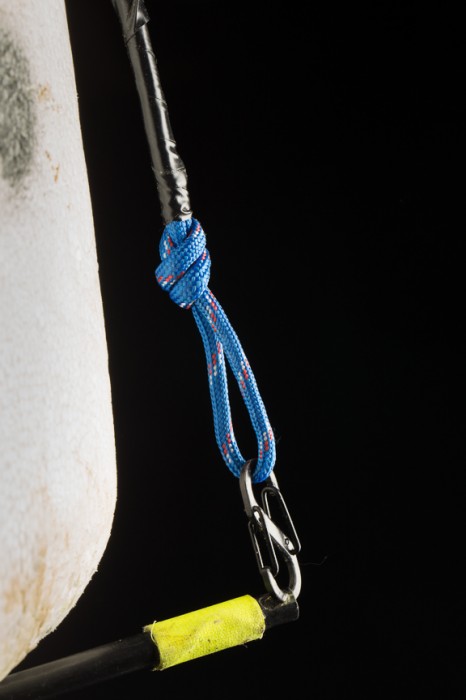 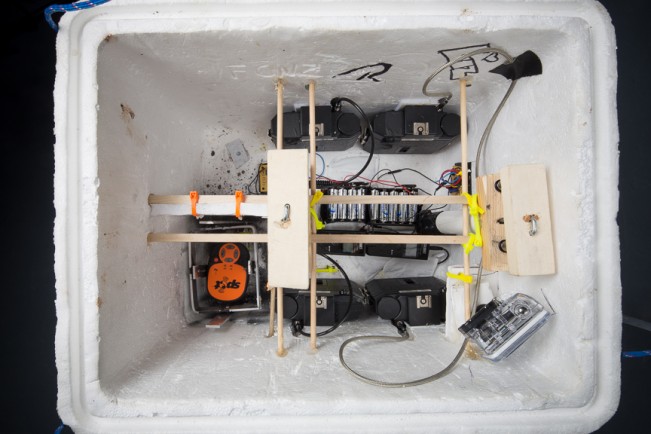 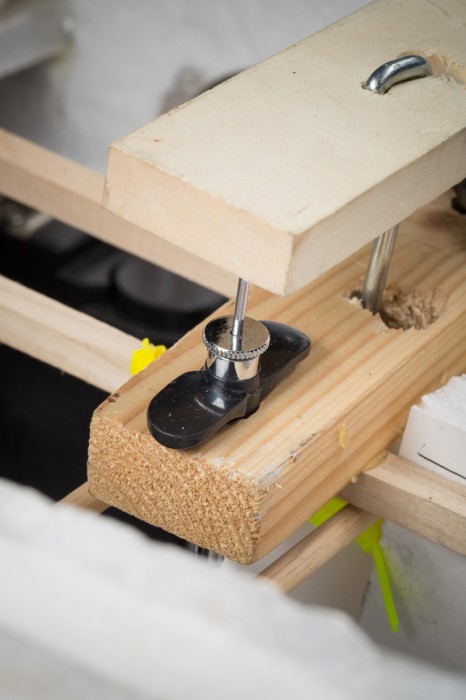 Another challenge that had to be overcome was positioning the Spot II satellite GPS tracker. In order for us to get the location on the iPad and follow the payload back to earth, the GPS needed to be pointing up towards the sky. Not a problem while floating up on the helium filled weather balloon or coming down on the parachute, but if the payload landed on its back or nose (as it did in our case) it could be the difference between retrieving it, or losing it. 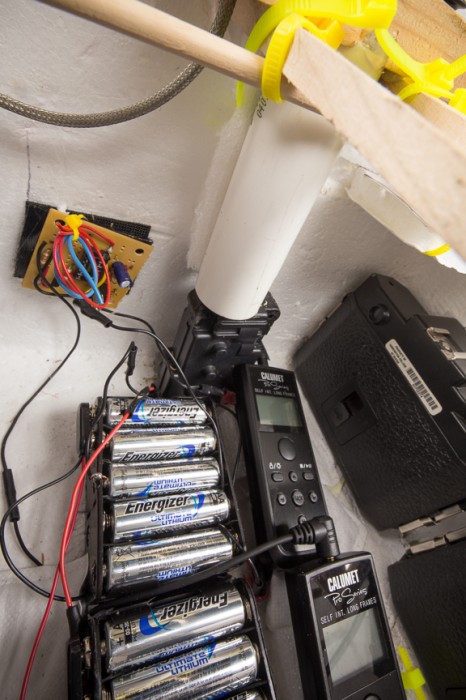 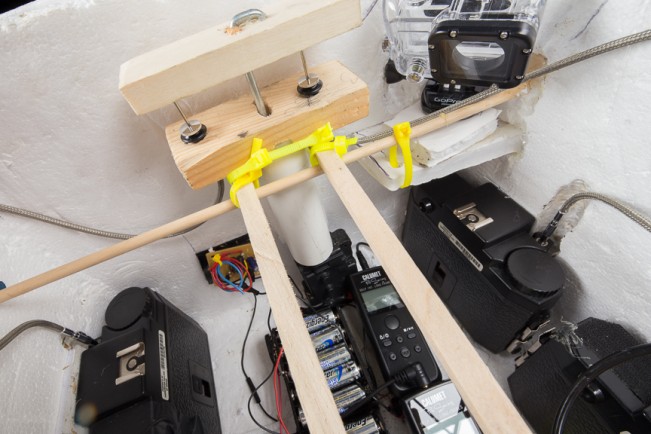 While discussing this in class one night, a visiting student (I seem to accumulate these…) made the suggestion of placing the GPS unit in a Gyrobowl which is a bowl designed for children to keep their food from flying about. The SPOT II was a shade too big to fit into the bowl, which sent me back down to my workbench after the house was quiet. A glass of wine (or two) later a fully functional Gyrobowl inspired cradle was ready for the GPS and launch. 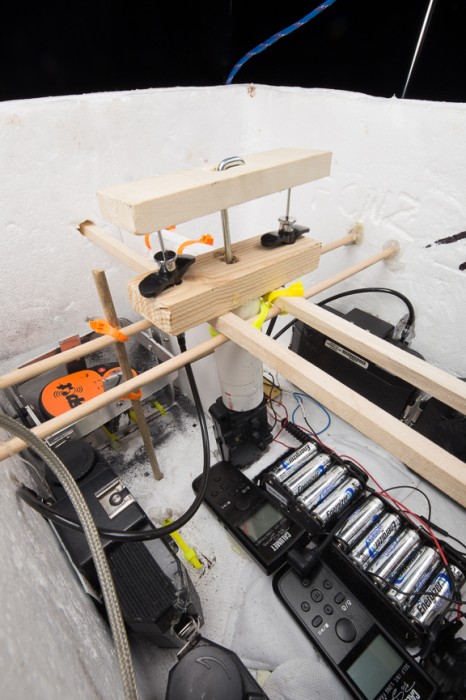 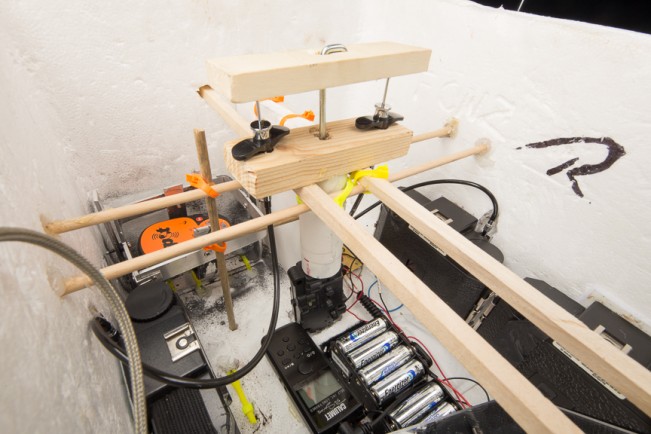 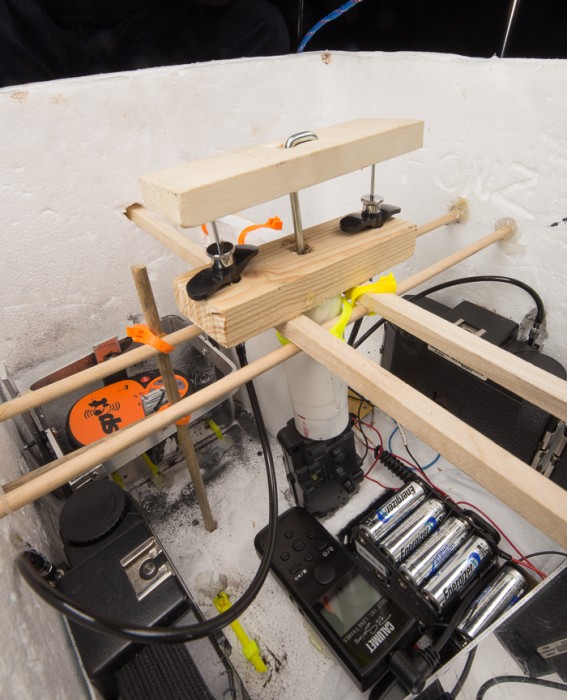 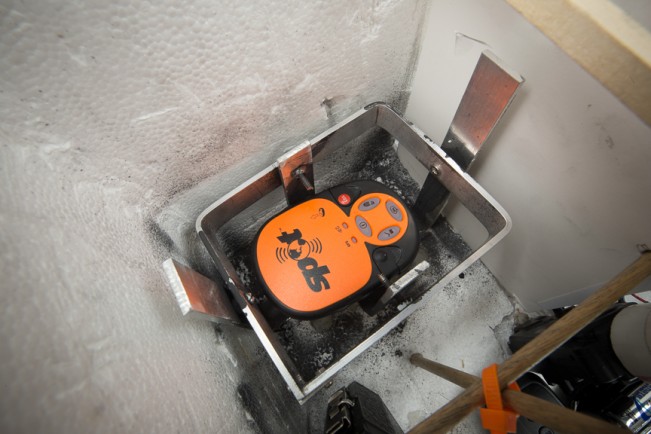 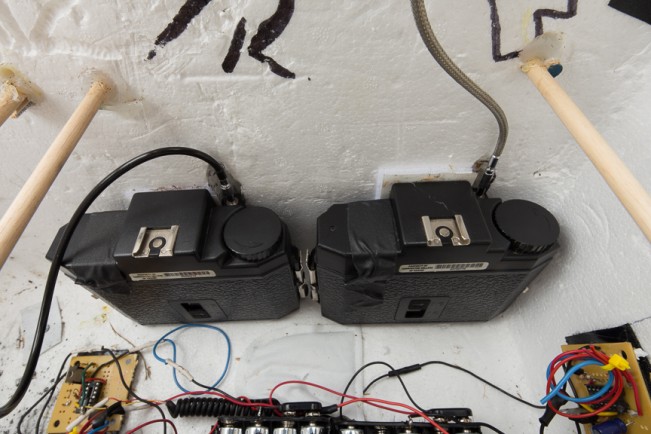 A million other details later and our Kodak moment was captured, on fresh Portra 400 professional to be exact. I’ve always liked the combination of slightly overexposed and saturated grain in the Holga. We did pick up quite a bit more radiation fogging on the other side of the ozone layer then we were expecting but it adds to the look and feel of the final image. I love the authenticity it adds. The new Ektar 100, pulled a stop would have probably given us the image with considerably less noticeable fogging but the plastic lens and fine grain film never seemed to look right to me.

So stop by the school if you wanna see the 40 inch print in person and feel free to drop me a line or call if you wanna do a launch yourself. I’ll be happy to help however I can. We’ve learned a lot this semester and I can’t tell you how much fun it is. Also, a huge thank you to my students for a fantastic summer term and the best section of this class I’ve ever led.