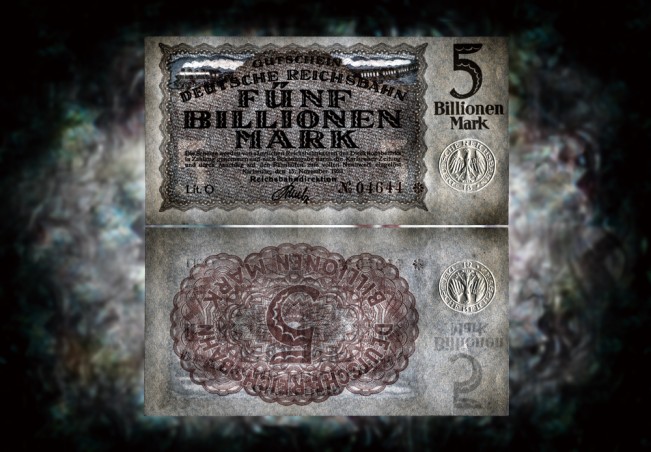 5 billion Papiermark bill, Weimar Republic (Germany), 1923  — The Weimar Republic, which came into existence in Germany following the country’s defeat in World ar I, printed vast amounts of currency partly in an effort to meet the reparations imposed on it by the Treaty of Versailles. The result was hyperinflation at a rate of 29,500 percent as of October 1923, with prices doubling every 3.7 days.

Japanese photographer, Masaki Hirano, has  a project that examines the power of money by creating a typology of actual currency to bring attention to the harm and destruction wealth creates.

Bio from Fotofest site: Born in Yaesu, Masaki  lives and works in Tokyo, Japan. Starting as an apprentice at Azabu Studio in 1976, Hirano established his own practice in 1986. In 1992 he participated in the Joint exhibition for young photographers at Sinjuku Konica Plaza. In 1993 he presented “After the Festival”, his first solo exhibition at Ginza Nikon Salon. His later work included a series entitled “HOLES” which focuses on the shell-scarred walls of Bosnia Herzegovina another on problems created by land reclamation project at Isahaya Bay in Kyushu and others on the problems facing society in the post cold-war years. He has since exhibited in solo and group exhibitions in Croatia, Slovenia and Japan. In 2000, he published his first monograph Down The Road Of Life (Marino Cettina Gallery, Umag, Croatia). He participated 1st Berlen Photography Festival 2005 “After the Fact” at Martin Gropius Bau, in Berlin.

Money—that monster that gnaws away at modern society, multiplying on itself without end over and beyond its underpinnings reality—is the sick system at the heart of every evil from war to environmental destruction to social inequality. That’s the insight Masaki Hirano has gained from a career spent looking unflinchingly on humanity’s dark side. 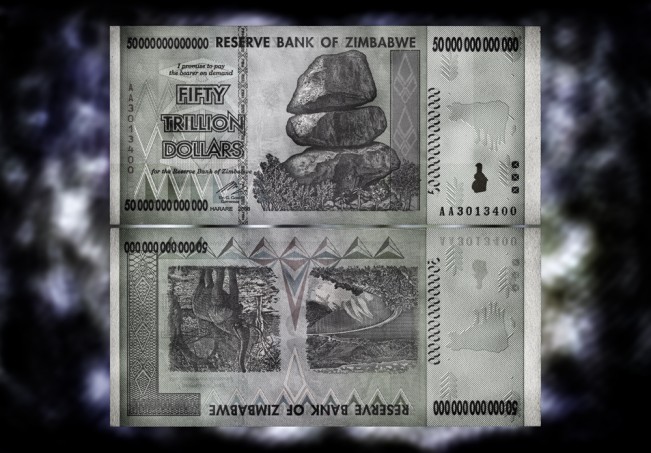 50 trillion dollar bill, Zimbabwe, 2009 — In 2007, three eggs cost 10 billion dollars in Zimbabwe. By October 2008 prices were rising at a rate of 231 million percent. The government lacked the capability to manufacture bills on its own, forcing it to pay out more than 500,000 euros a week to a German printing firm.

Hirano’s works present bank notes rendered astronomically low in value by hyperinflation as well as now-worthless stock certificates and bonds, all reproduced in minute detail through high-resolution optical scanning. Inspired by German author Michael Ende of Momo fame, who in his last years concerned himself with the concept of “aging money,” the blown-up images make us stunned to realize the dubiousness of the cash tucked away inside our own wallets. 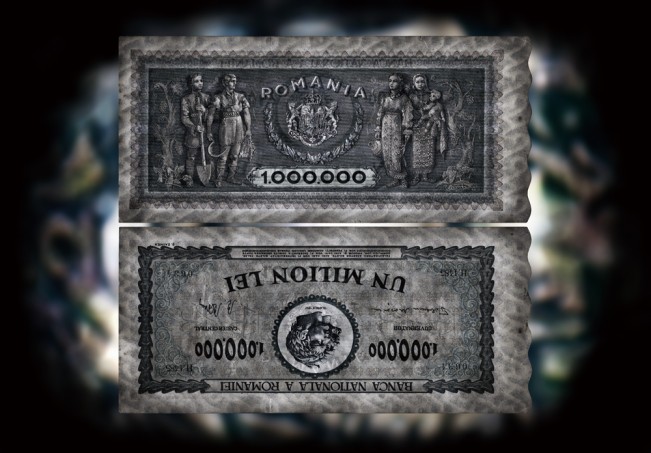 “Air and water have been here since the Earth began, compared to which it’s only been a few thousand years or so since humanity invented this system of ‘non-aging’ money,” Hirano says. “Just how much economic disparity can all of us in human society take? If it’s true that we’ve already come to the limit with the state of things no, today, where only a very few people monopolize the great majority of the world’s wealth, then now is also the right time to cast doubt on the accepted ideas about money—which after all is only a few millennia old—and search for new directions that are more in following with nature.” 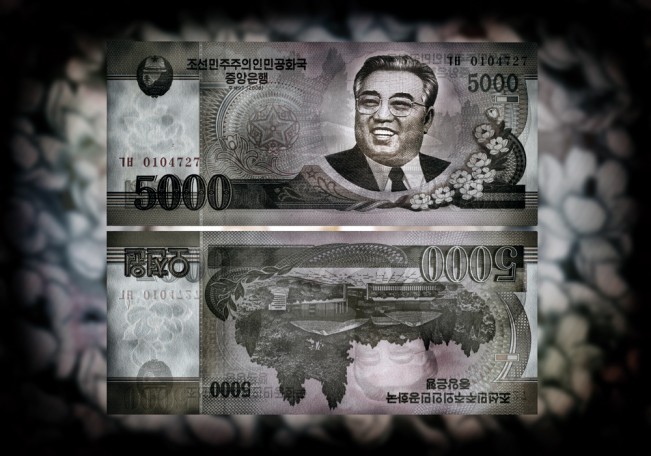 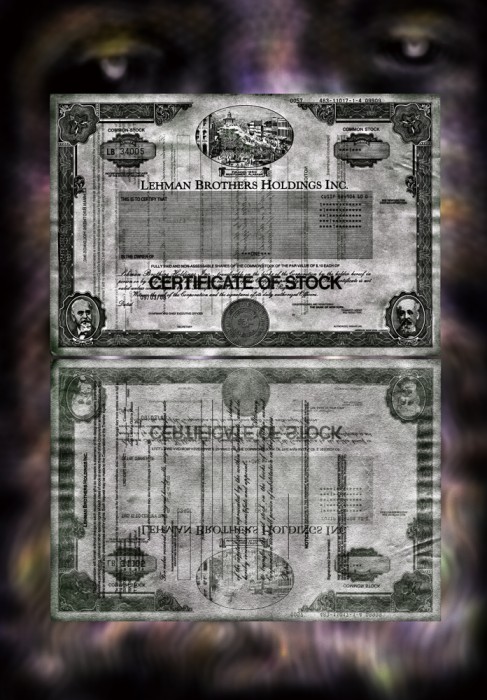 Lehman Brothers stock certificate, United States of America — Founded in 1844, the venerable Lehman Brothers financial services firm filed for bankruptcy in 2008 with 613 billion dollars in liabilities after the U.S. subprime mortgage market, which until then had been pumped up by the wizardry of financial engineering, finally sank into crisis. The company’s collapse—or the “Lehman shock,” as it came to be known—was the largest in the history of capitalism 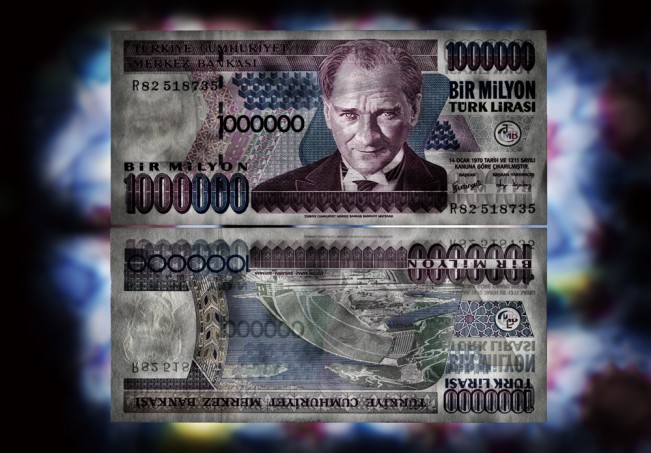 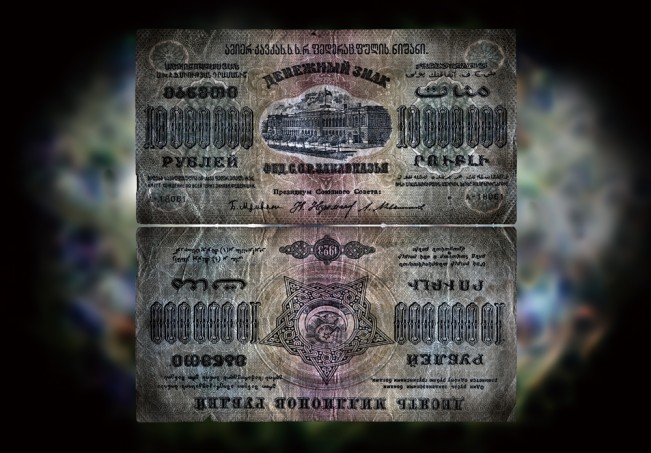 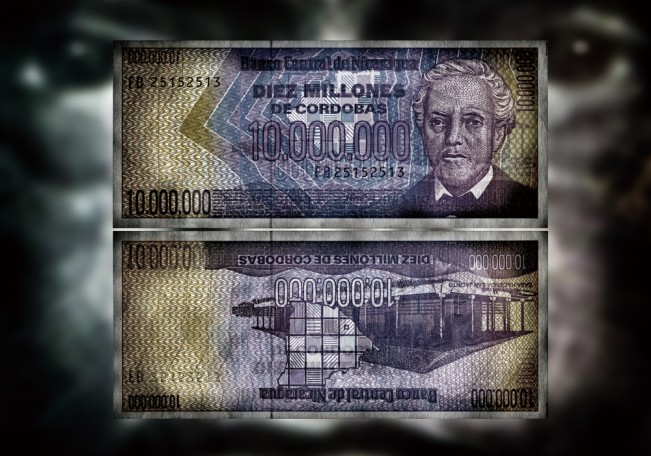 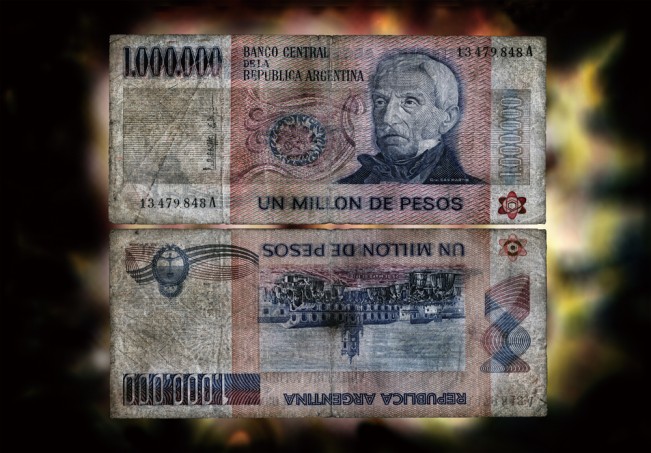 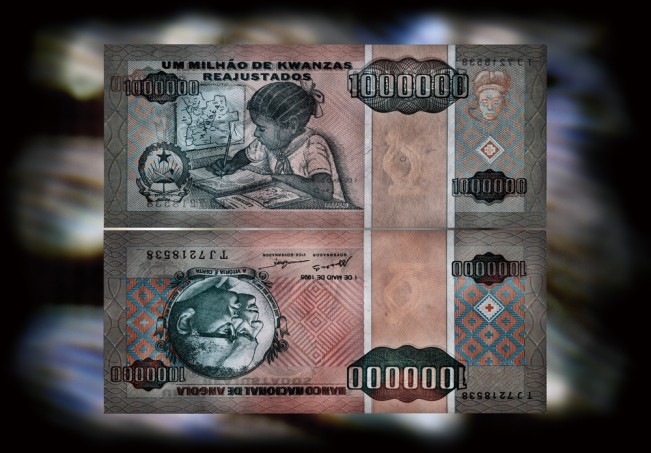 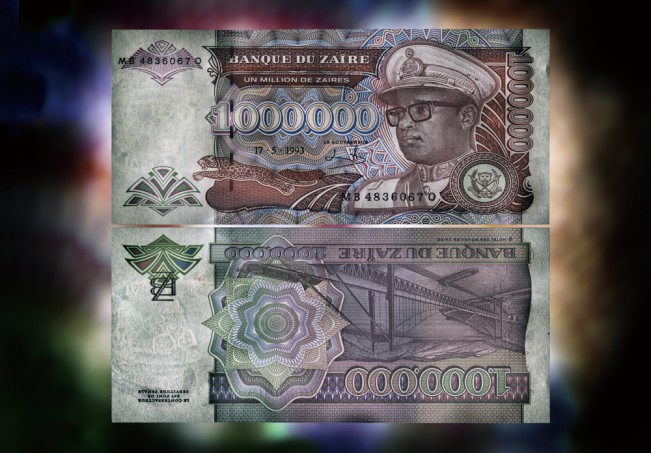 1 million zaire bill, Zaire (Democratic Republic of the Congo), 1993 — Inflation rates in the country reached 24,000 percent as a result of budget deficits stemming from civil war. The currency was redenominated at 1:10,000 in 1997. 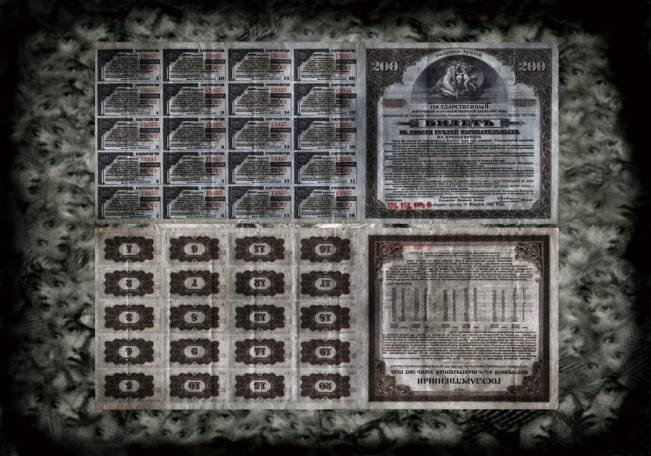 Russian imperial bond, 1917 — This bond was issued under the reign of Nicholas II, Russia’s last tsar. Though it technically matured in 1928, the Soviet regime never redeemed it or any other bond issued by the previous government. In 1922 the ruble was redenominated at 1:10,000. 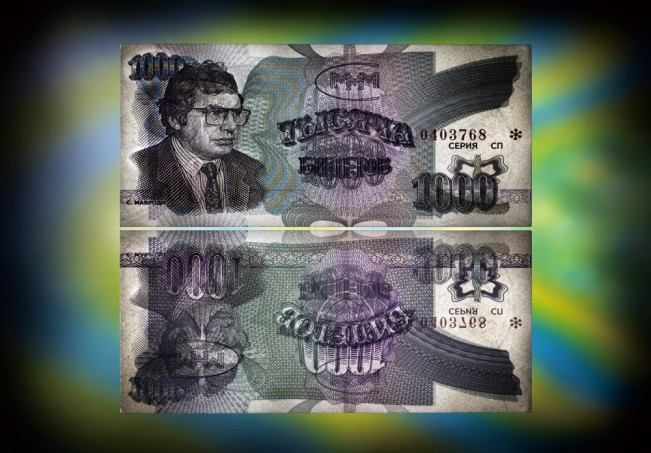 1,000 ruble MMM share certificate, Russia, 1993–1996 — After the 1991 collapse of the Soviet Union, the MMM investment company ran aggressive campaigns advertising annual returns of 1,000 percent on its shares, fueling speculation fever among a Russian public beset by financial woes. Prices for 1,000-ruble shares were hiked up to as much as 130,000 rubles, and in the end some 14 million people are said to have fallen for what turned out to be a Ponzi scheme. The firm declared bankruptcy in 1994. 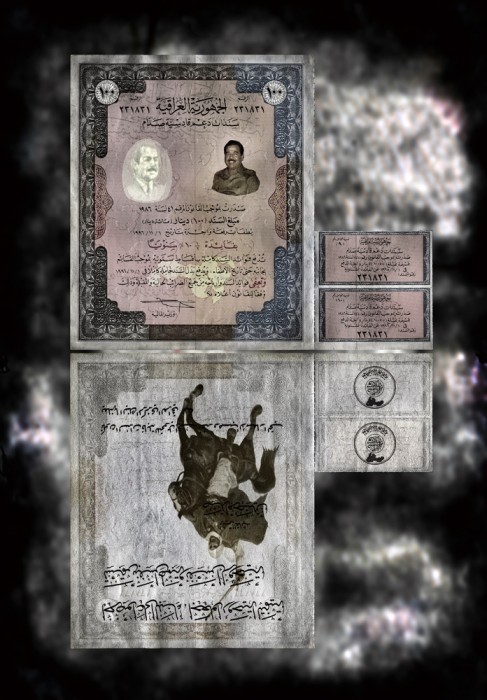 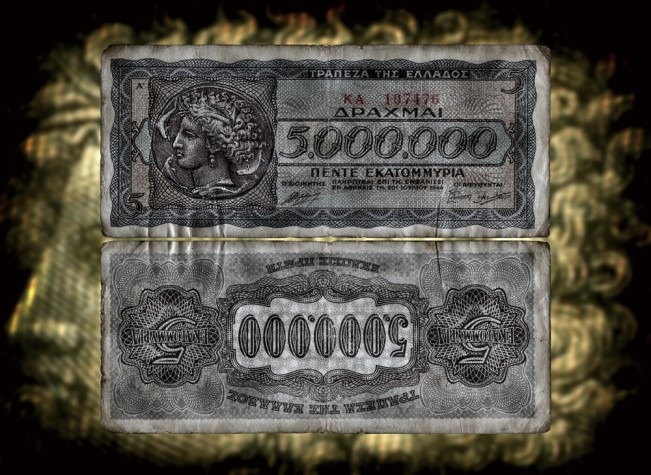 5 million drachma bill, Greece, 1944 — The World War II invasion of Greece by Germany displaced a million refugees and drove 300,000 people into death by starvation. Ruthless plunder by the Nazis devastated supplies and sent inflation spiraling to 13,800 percent, with prices doubling statistically every 4.3 days.