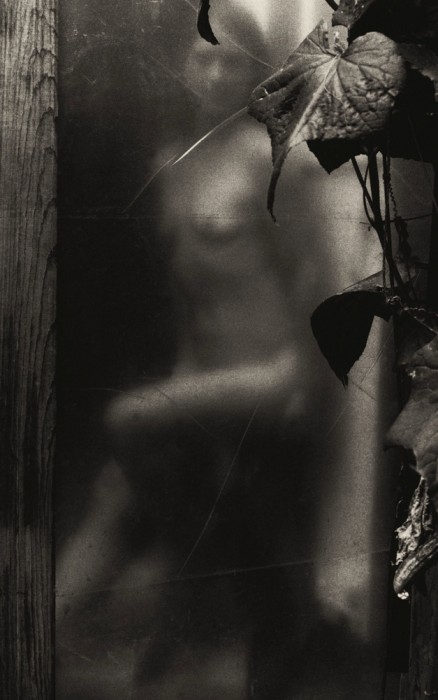 I am a long time fan of the photographs and books of Linda Morrow. She has recently released her 4th monograph, Echoes of Ovid,  and it’s simply stunning. Her books are limited edition artist books, each page printed by Linda, and then beautifully bound in linen. This project shows a sensitivity to the body and the natural world, each image reflecting a poetic interpretation of flesh and foliage that speaks to the core of our connectedness to the earth. All of Linda’s books are accompanied by the poetry of Margaret Langhans.

Linda’s botanical series of books and photographs, Luminous Bloom, are currently featured in the Portfolio Showcase at the David Orton Gallery in Hudson, New York through July 27th.  Luminous Bloom represents three series: Poppy, Calla and Angel Trumpet, all the result of floral studies she has conducted over the past ten years. 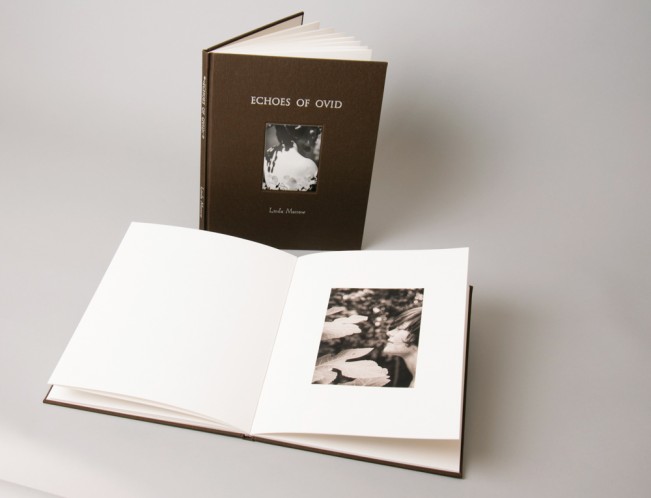 Linda Morrow grew up in a rural environment outside of Phoenix, Arizona, where she spent long hours alone, studying the landscape and using her imagination in order to amuse herself. It fostered in her a strong connection to the natural world. She completed at B. A. in English from Hardin-Simmons University as well as an M. A. from California State University/Los Angeles. She came to photography later in life, throwing herself into classes at Orange Coast College, at UC/Santa Cruz Extension, and at any number of week-long sessions at The Santa Fe Workshops where she developed important friendships and began a love affair with New Mexico. When she retired from teaching at California State University/Long Beach, the transition was clear: photography would become a serious pursuit and a priority. Over time, her projects have involved portraits, landscape, and still life. Her work can be found in private collections, in juried exhibitions across the U. S. and in the Joan Flasch Artist’s Book Collection of the Flaxman Library at the School of the Art Institute of Chicago. 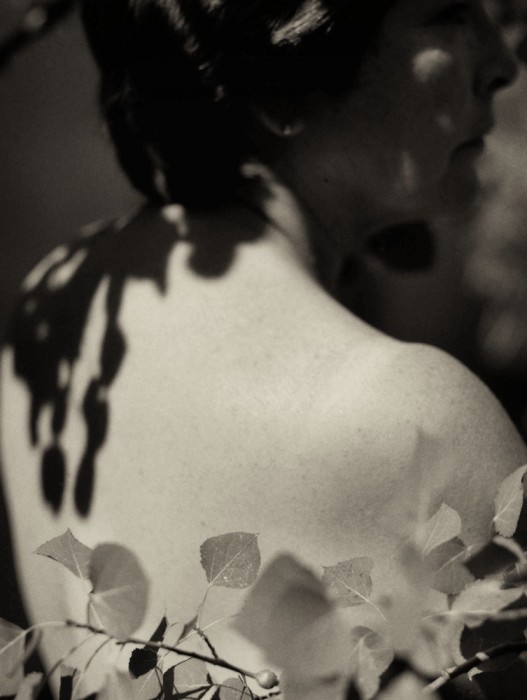 ECHOES OF OVID is the fourth of Linda Morrow’s handmade artist photo books. Released in the spring of 2014, the thirty two page volume presents twelve portraits of women in nature. Images are inspired by the mythical goddess who was rescued from pursuit by an unwanted lover and changed into a tree. Photographs are rendered in warm-tone B/W and printed on fine art, matte paper called Entrada by Moab. Each 10 x 8 book is hand-sewn and hardbound under a brown linen cover with a photo from the collection as inset. The book is offered in a limited edition of twelve. Copies are dated and signed by the artist and available for purchase from her website: www.lmorrowphoto.com. Original poetry is by Margaret Langhans. 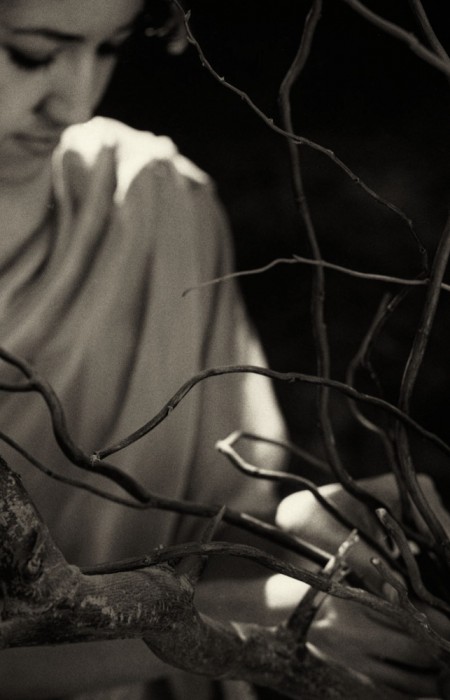 ECHOES OF OVID began rather by accident nearly ten years ago in Carmel when I was attending a workshop with Kim Weston that focused on the nude in photography. When my turn came up to work with one of the models, I chose to photograph her outside in Kim’s greenhouse where his tomato plants were flourishing that summer. As it happened, a branch of one of the plants hung just over the model’s head, appearing in the finished print as if it were a headdress for a goddess. I realized that a leitmotif was offering itself that I could develop in terms of women in nature, women whose lyrical shapes and curves could mingle with lines and shadows of the vegetative. In fits and starts, I continued the project for several years, working with models in my own garden in California and in gardens I found in Louisiana and New Mexico and seeking to make images that would suggest a fine line between the feminine and the botanical. When Peg wrote the poem called “Metamorphosis,” the project was complete: in the story by Ovid, Daphne’s transformation into a tree is touchstone for each portrait in the series. 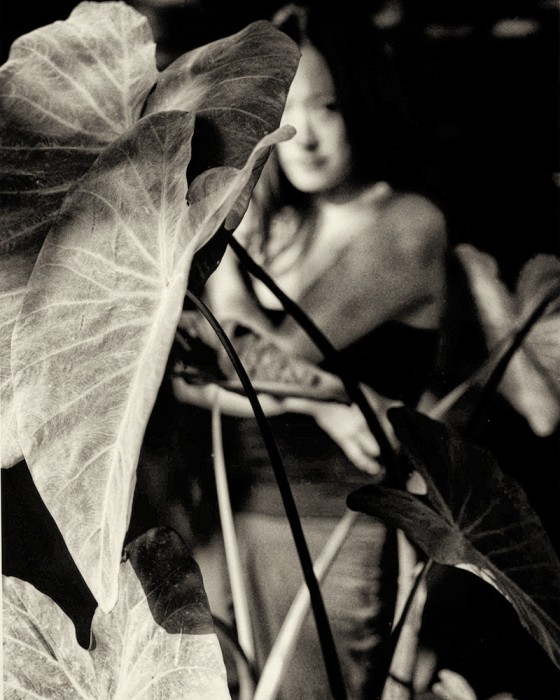 I knew I wanted to make a book, so I selected twelve images from the series, printed them on art paper, sequenced and arranged them into signatures, and drove them to my local bindery where they were hand-sewn and hardbound under cloth covers. In the process, I came to realize what many photographers and books arts people already know: that producing a book is itself an opportunity for creativity, that we love to see photographs collected, sequenced, and presented between pages, and that holding the result in our hands is something deeply satisfying. 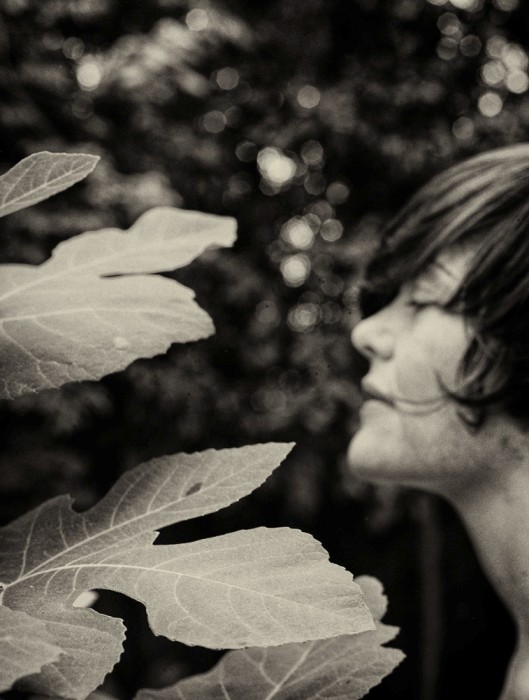 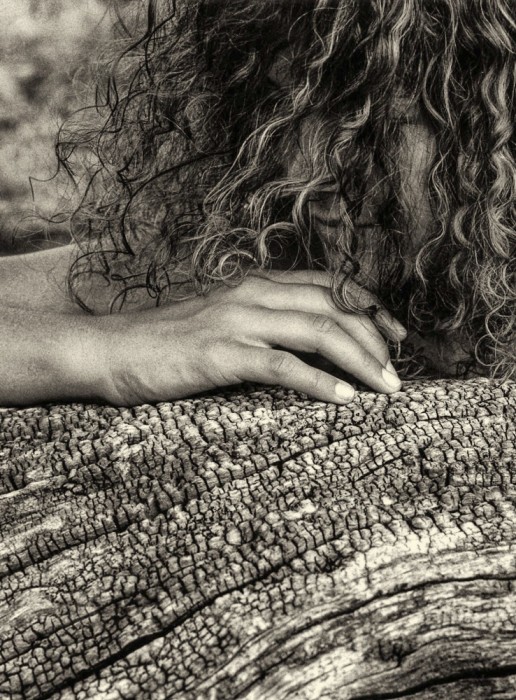 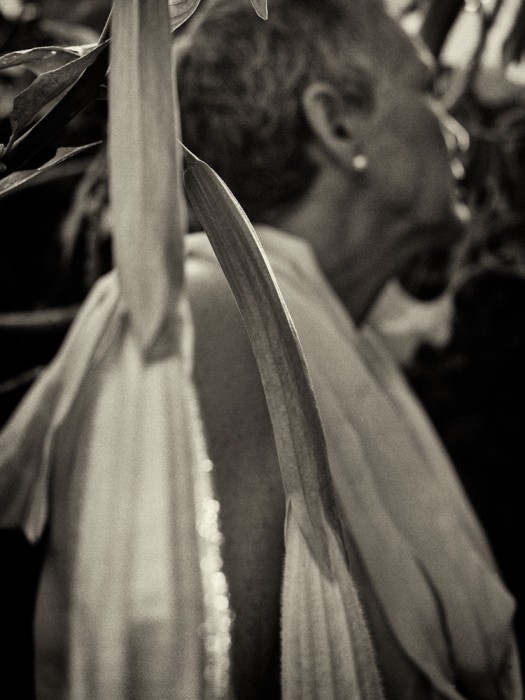 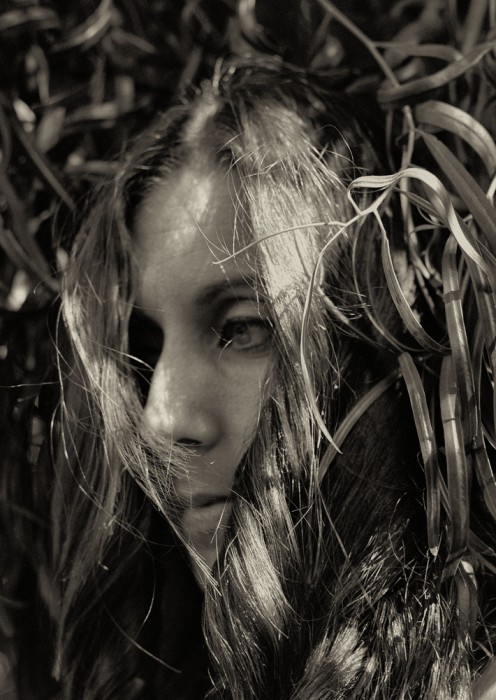 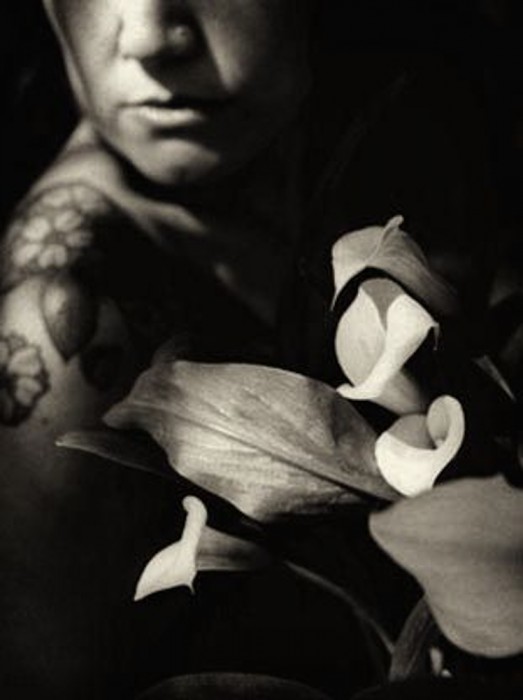 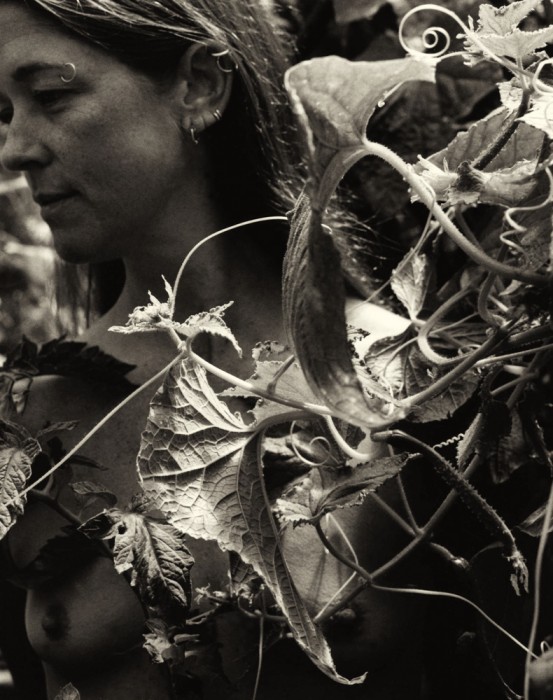 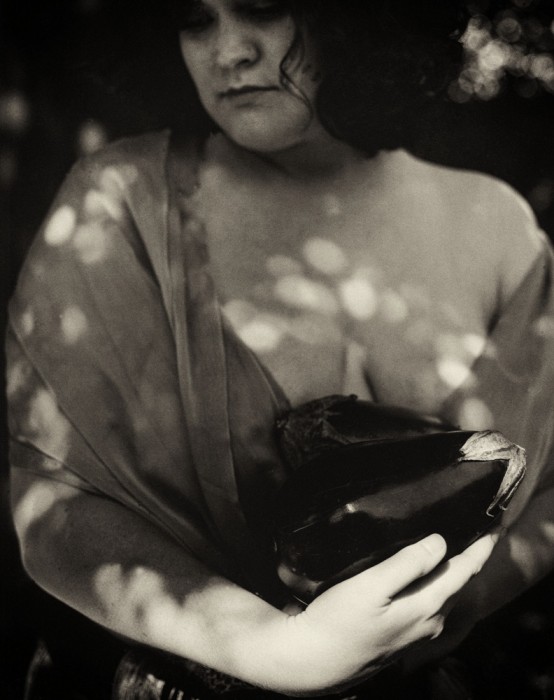 NEXT | Gloria Baker Feinstein: The Barbershop Project >
< Nan Goldin: Eden and After | PREV