Charlie Grosso: I Forget Where We Were by Aline SmithsonMarch 21, 2015 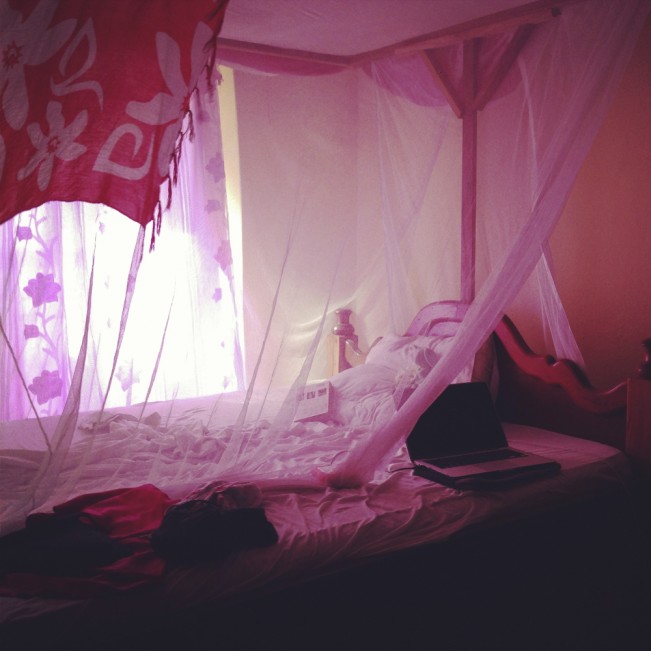 How do we tell our stories, especially when we travel? Photographer Charlie Grosso is a natural storyteller and for her series, Fetal Position and Drool, she uses a typology of beds she has slept in as a way to mark her memories. “A one-way ticket to Mexico City. On the verge of a wilful act of disappearance, you know, the thing you do when life as you know comes to a sudden and abrupt end.” Charlie recalls the circumstances, “I was leaving and I didn’t want to be found. I thought about re-inventing myself, south of home, east of heartbreak. I took a photo of the bed I’ve been sleeping in and send it to a friend. I imagine the search party and questions being asked. The friend who got the email would pull up the photo and say, this is the last time I heard from her, the morning of her departure. The picture of the bed is the only evidence of me. I was real, I was there.”

Charlie has an exhibition of selected works from Fetal Position and Drool, titled I Forgot Where We Were, through Baang and Burne Gallery on ARTSY from March 3 – April 7th, curated by Erin Skaryak.

She has the heart of a 19th-century adventurer, head of a 21st century entrepreneur and  hands of an artist. Charlie Grosso’s life is as much an expression of her art as her photographs are. Charlie captures the world with irony and sensitivity, wonder, and rich understanding. Through her work, we feel deep and think differently about people and places both familiar and alien.

A Chinese-American woman with a male Italian name, Charlie is a photographer, documentarian, and storyteller. Influenced by Sebastiao Salgado, Diane Arbus and the Bread and Puppet Theater, Charlies’s work starts from the personal and moves beyond to find the unifying factors between cultures and the endurance of common human themes respective of boundaries while examining their continual shifts in our contemporary society.

Her work has been widely exhibited in Los Angeles, New York, Havana, and Paris. She has been nominated for several awards including Hasselblad Masters and IPA and in 2008 she won the Public Choice Awards for Documentary Photography for Prix de la Photographie, Paris (Px3). Charlie frequently lectures, curates and writes for various intuitions and publications on art, travel, and social change. Wok the Dog, her longest project to date, is forthcoming as a book. 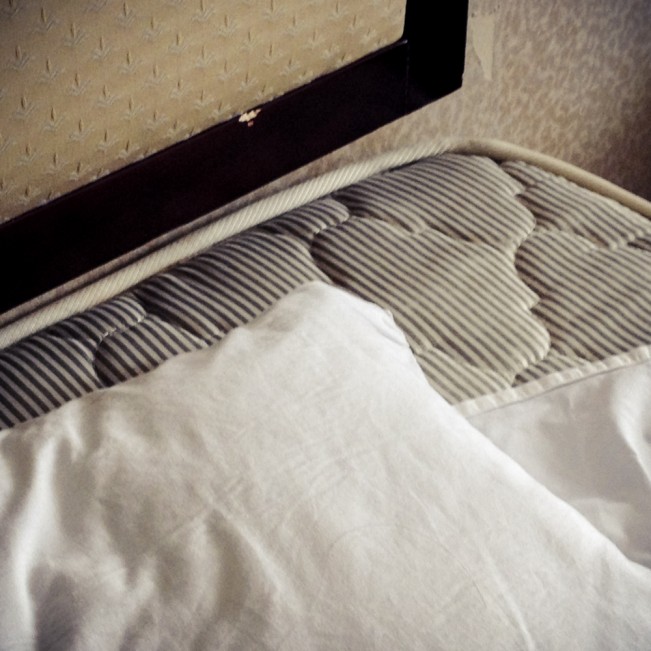 Fetal Position and Drool (the overall series the show is curated from):

Home came to an end when I was 9 years old.

Home ended again a year and a half later.

I escaped home days after I turned 18.

In 2009, I walked away from the life I was building with another, put everything in storage and no longer had a home of my own. As I couch-surfed from one friend’s house to another, as my work and my wanderings took me from one hostel to another in foreign lands, I thought more and more about the concept of HOME.

I started taking pictures of beds I was sleeping in. From five star hotels to cheap hostels to hammocks to sleeping bags in tents. These beds welcomed the tired and weary me, allowed me to curl up, to dream and maybe even to drool a little.

Home had always been transient and mythical, constantly shape shifting and slipping out from my grasp. Charles Dickens said, “Home is a name, a word. It is a strong one; stronger than magician ever spoke or spirits ever answered to, in the strongest conjuration.” I cannot recount all the times when I have been lured into thinking that this place, this moment,

this YOU, is HOME.

Then, the ground beneath shifts and I am in search of it again.

I used to feel that I was always in search of HOME, trying to find my way back to that mythical place. Yet

gradually, with each image, with each bed, the whisper of an incantation, and home stopped being a specific, physical place but became rather a state of mind, a broadening of the consciousness. Home is where I am.

Fetal Position and Drool is an ongoing travelogue of the different incarnation of home and dedicated to all of the nomadic travelers. 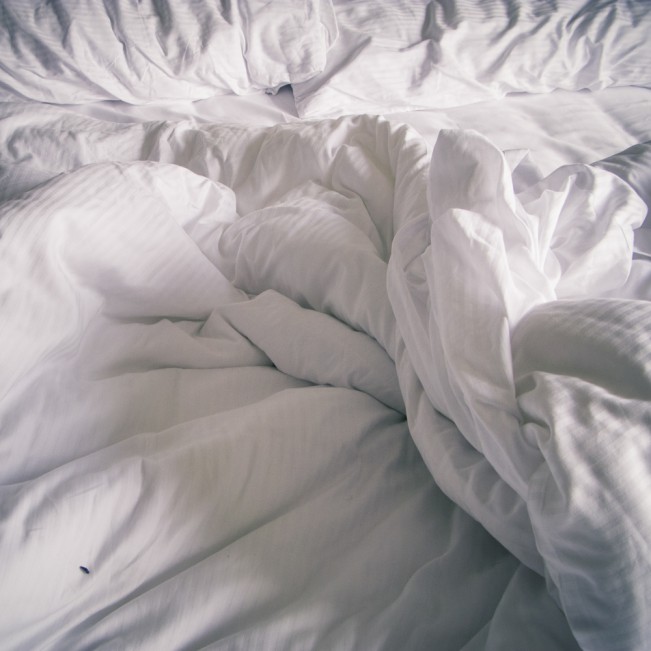 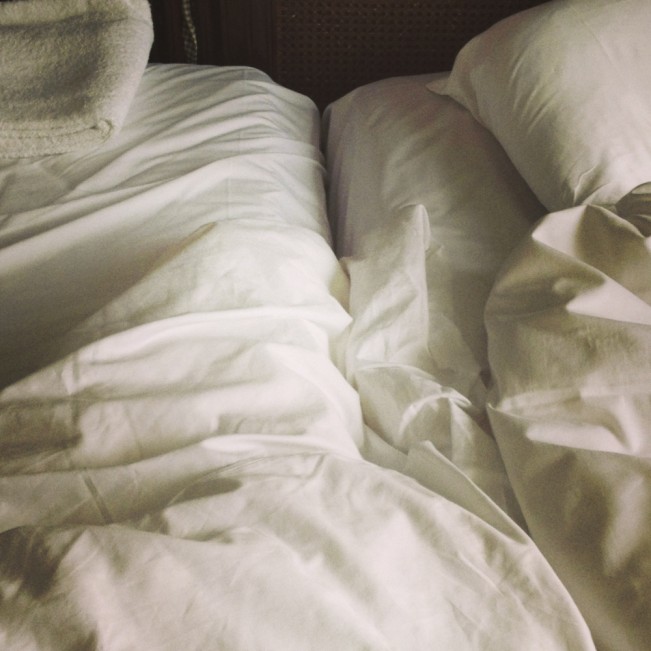 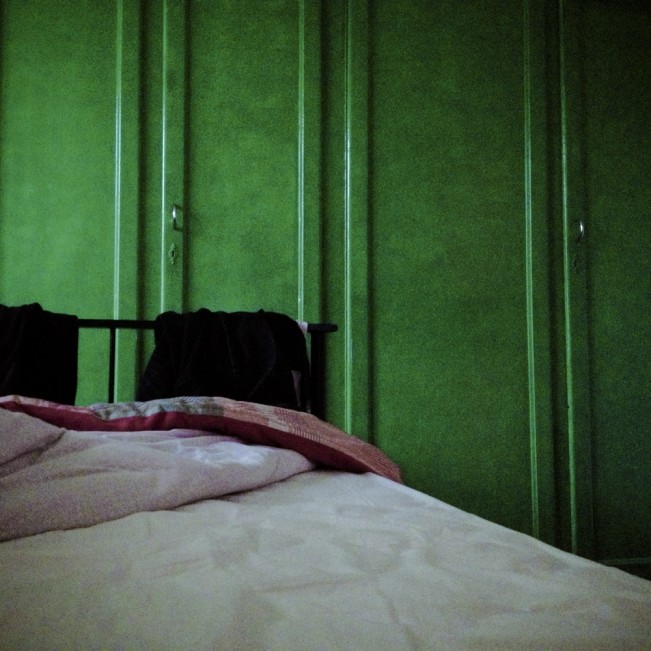 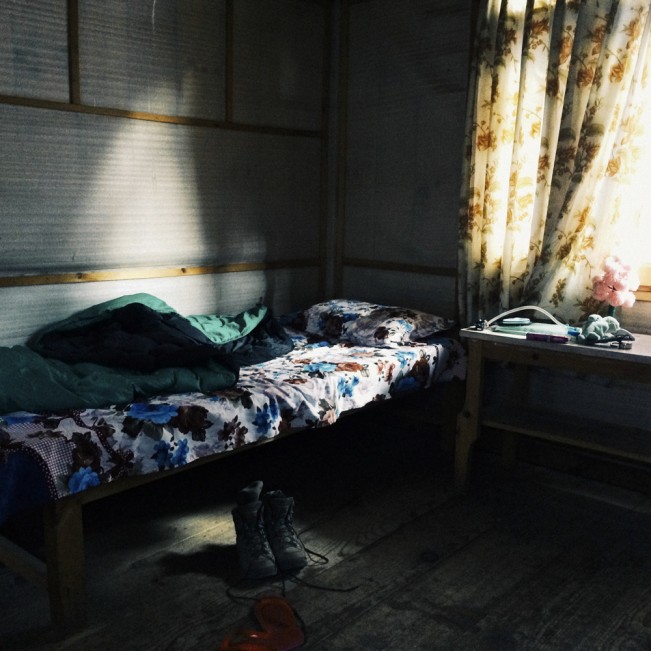 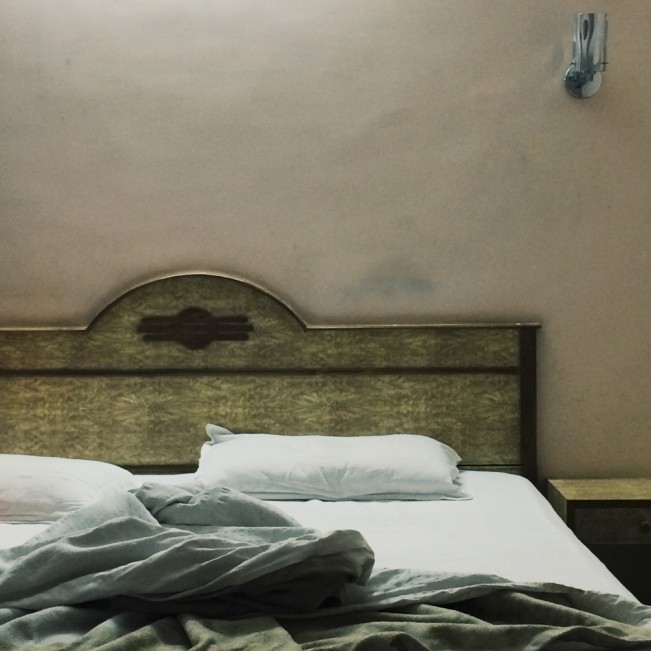 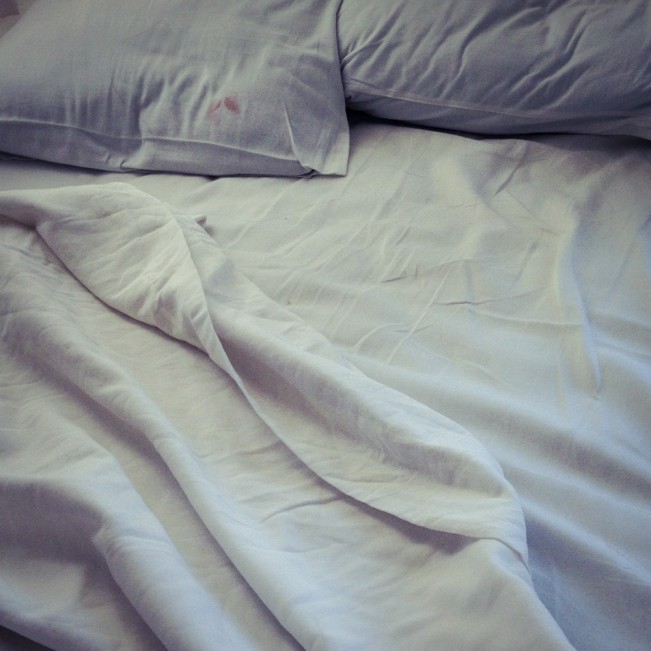 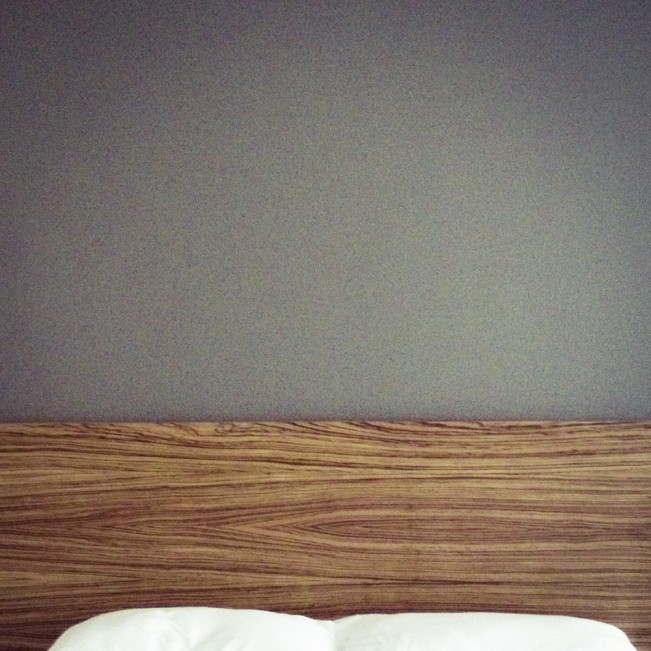 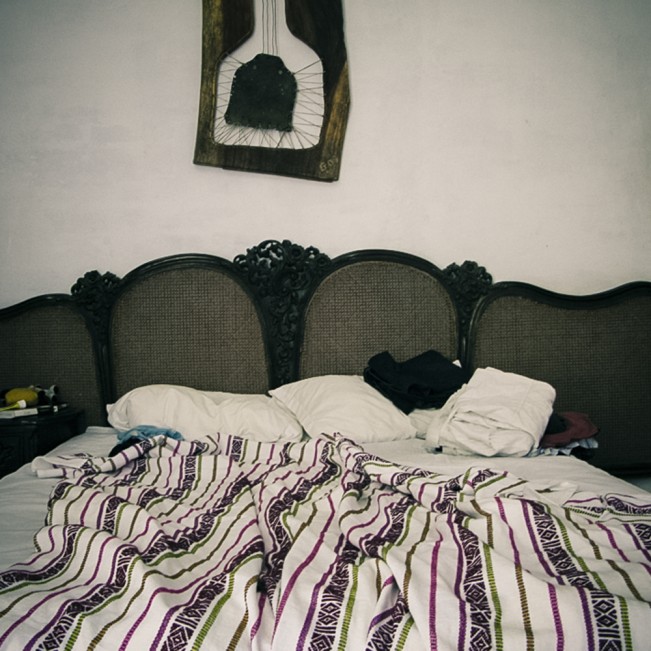 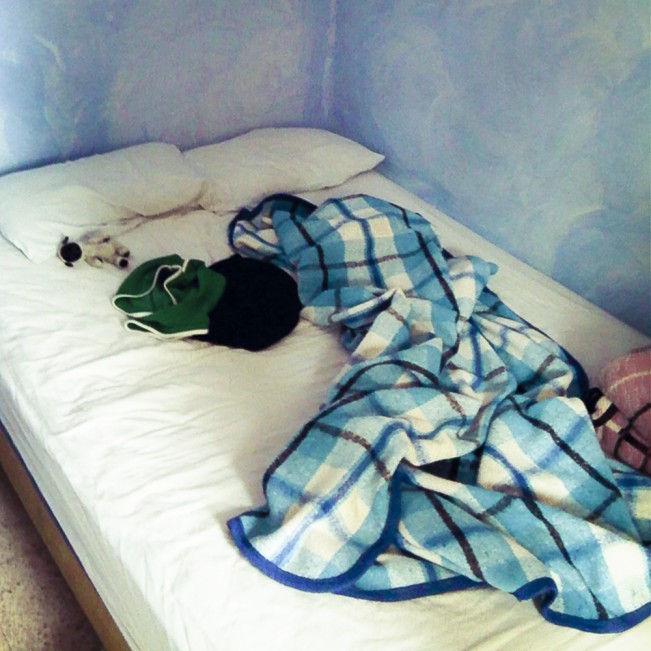 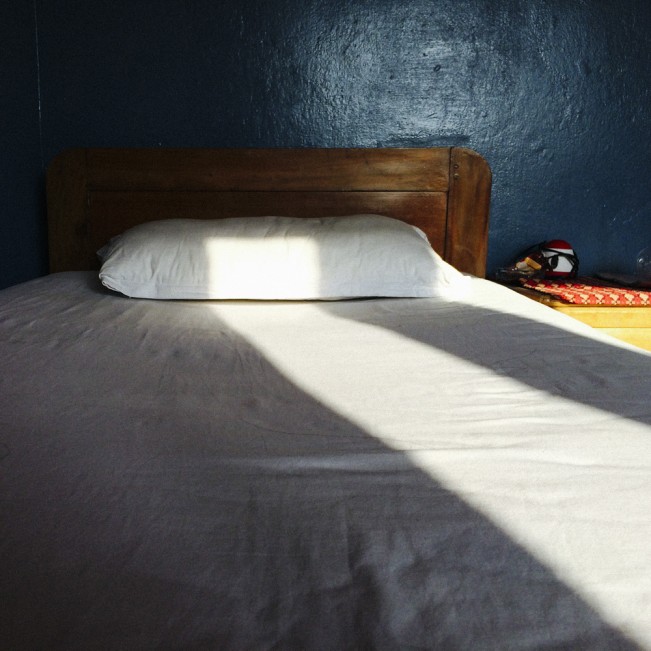 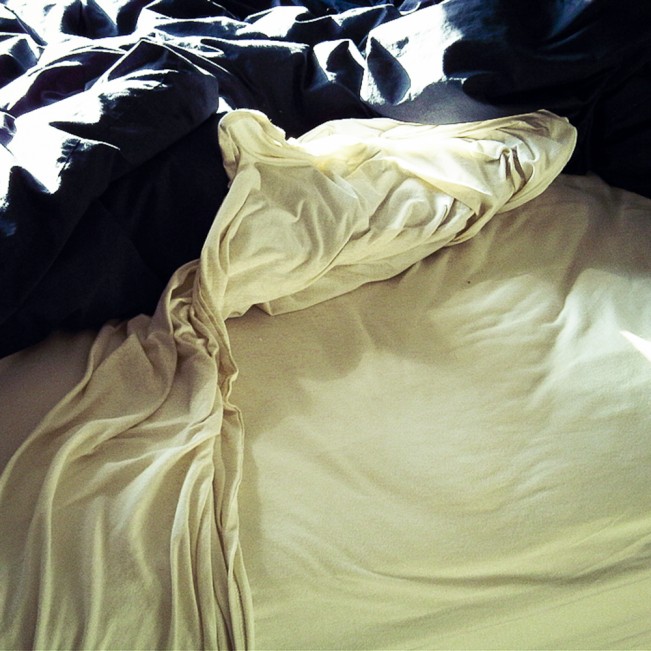 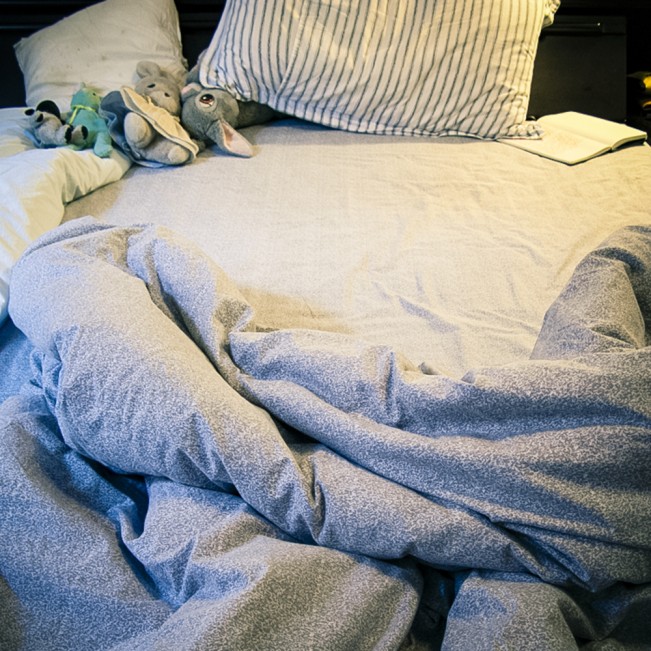 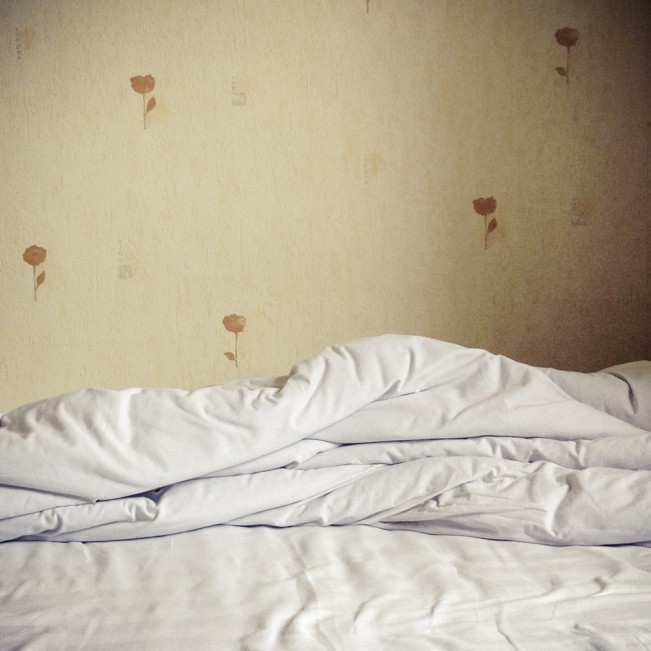 NEXT | Content-Aware: Brenda Bingham >
< The 2015 Signs of Spring Exhibition | PREV