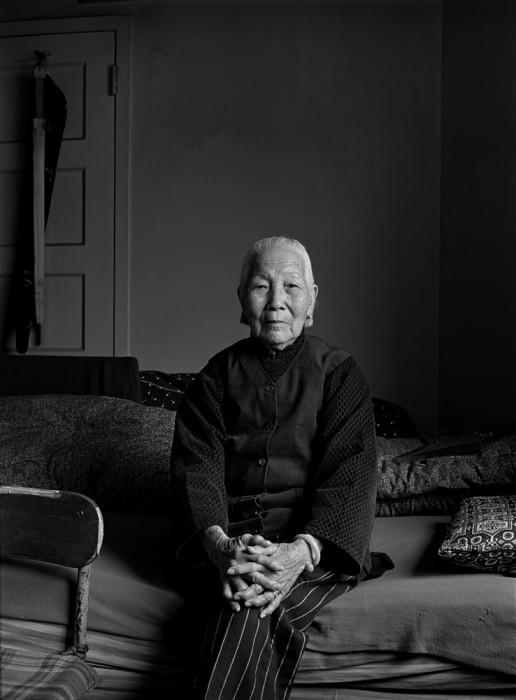 1980’s New York City was a stew of music, drugs, and excess bumping up against populations of hard working immigrants just trying to provide for their families. Photographer Bud Glick was there with his camera, but his focus turned away from disco nights and onto the streets of New York’s Chinatown. For three years, he captured  Chinese residents and their workplaces revealing a very different reality in the same metropolis. Bud has continued to revisit and make work about NYC’s Chinatown for 30 years and is a supporter of the Museum of the Chinese in America.

Bud describes his life: “I began college as an art student and finished as a history major. While in graduate school in Linguistics, I bought a camera and had access to a friend’s darkroom. With only two classes and a Master’s thesis left to attain an MS in Linguistics, I made the most rational decision I could at the time. I left graduate school and my ESL teaching job in the Linguistics Department, got a part-time job driving a truck and enrolled as a full-time student in a photography school. I have never regretted that decision.

What brought me to History and Linguistics was a desire to connect with people from other places, cultures, and histories. I wanted to know them, their stories and their lives. Since becoming a photographer, the camera has been the tool I use to connect with, understand, organize and explain the world around me. I realize now that the camera was a bridge back to my childhood love of art and for me, a better way to connect to a wider world.”

Bud received a BA from the University of Wisconsin and an MFA in Photography from Brooklyn College and was an adjunct professor in the art departments of Brooklyn College, Queens College, C. W. Post and William Patterson University. 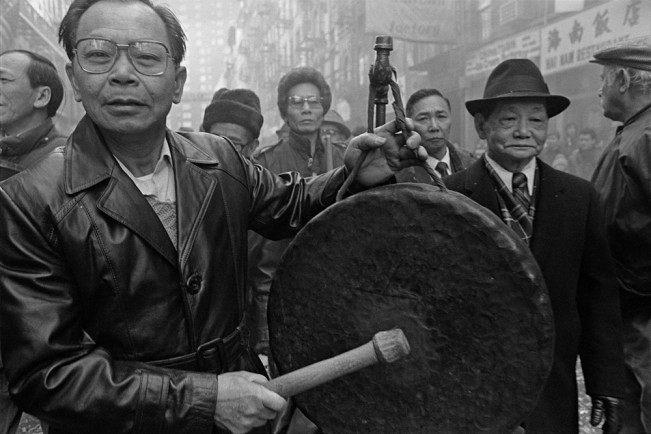 From 1981 to the beginning of 1984 I worked on a photography project as part of the New York Chinatown History Project (NYCHP). The goal of the NYCHP was to preserve and record Chinatown history during a period of rapid transition. An older generation of Chinatown was being replaced by a rapidly expanding new influx of immigration. As a photographer, my goal was to get to know the people of Chinatown and document the transformation from an older and primarily male community (due to discriminatory immigration laws) to a new generation of young families.

Recently I began scanning and printing the Chinatown negatives. It’s exciting to revisit personal work that I did more than 30 years ago and interpret it digitally, a process that now allows me the ability to get more out of a negative than I ever could in the darkroom. I am able to give new vision to old work. More importantly, time has changed me and the way that I see the work. I’ve found images, overlooked in the past, that due to the passage of time have taken on new meaning and import.

The early 1980’s was a unique period in the history of New York Chinatown and New York in general. I see how my documentation evokes a specific time of NY Chinatown life, and also informs our current societal discussion of immigration.

While art does not exist separately from the unique time in which it was created or the person who created it, it can enlighten the present and help us make decisions about the future. 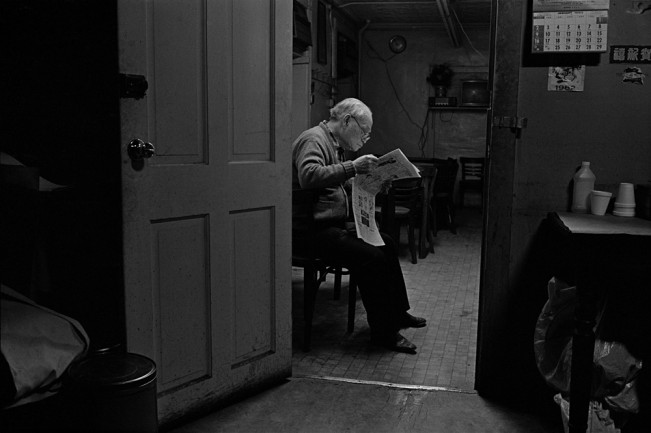 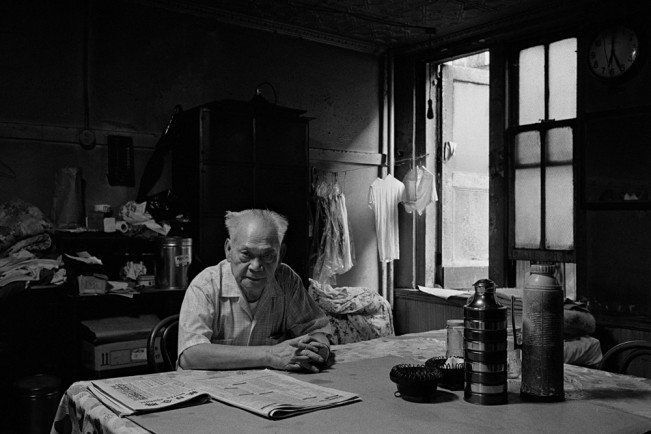 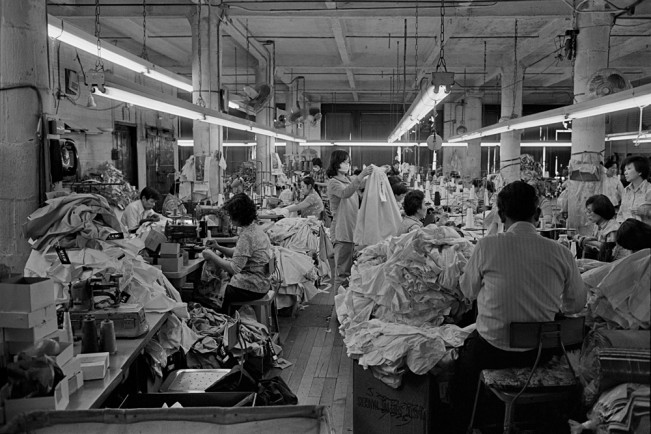 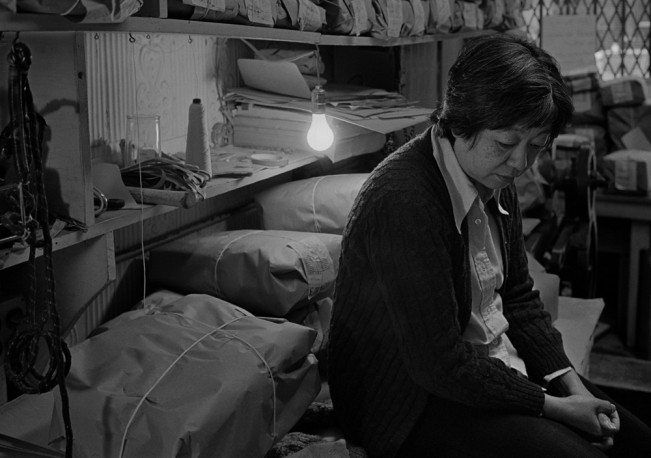 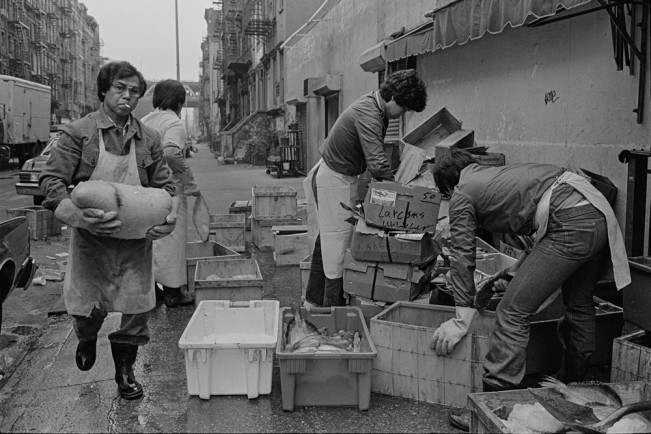 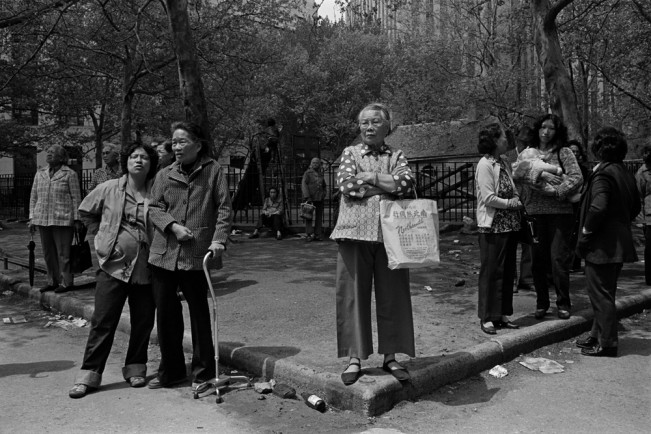 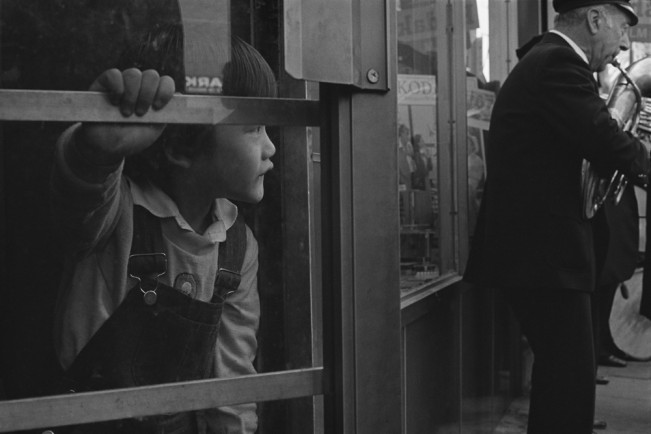 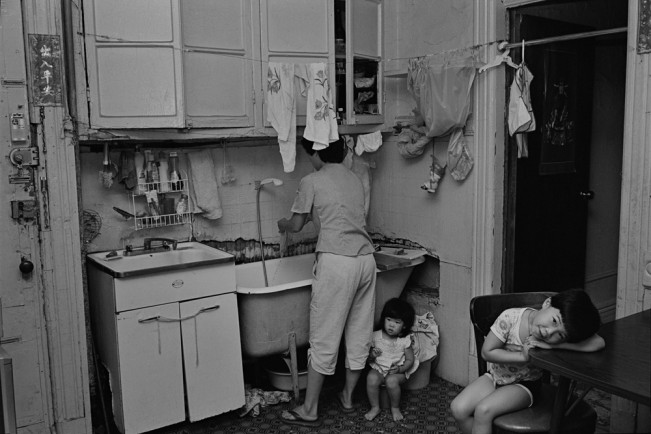 Rebecca with her children in their kitchen, 1982 ©Bud Glick 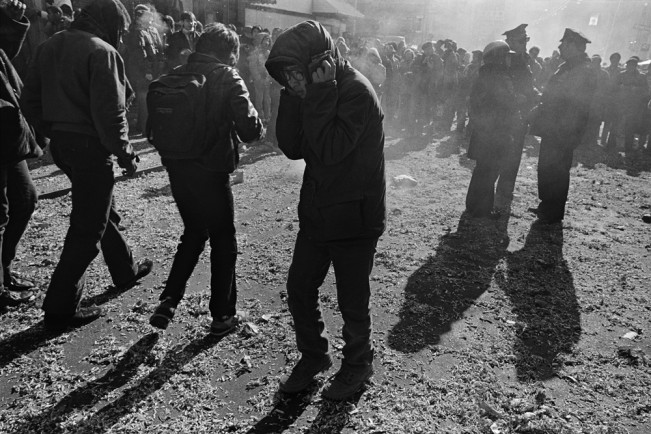 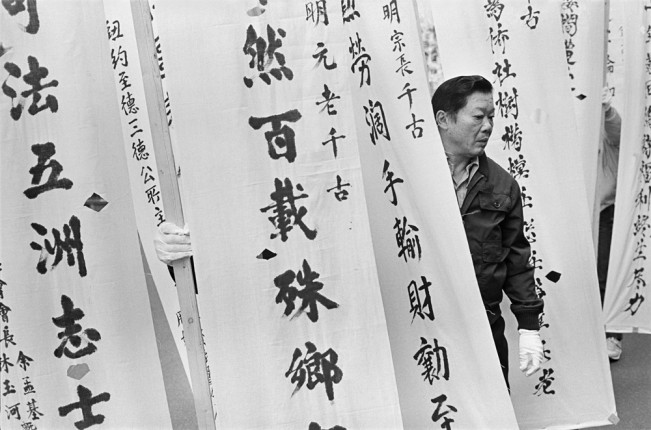 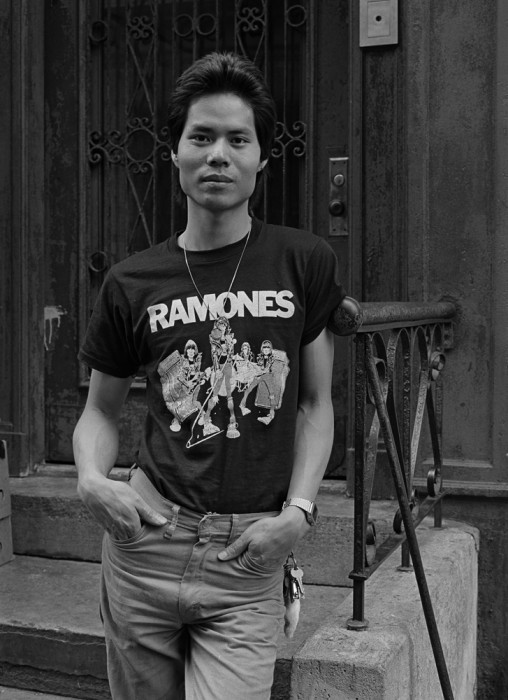 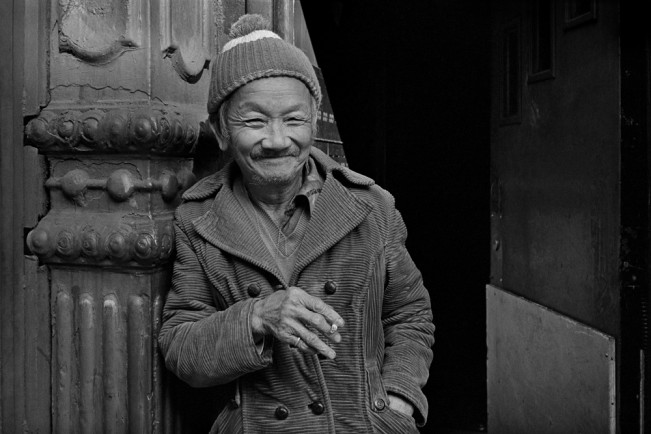 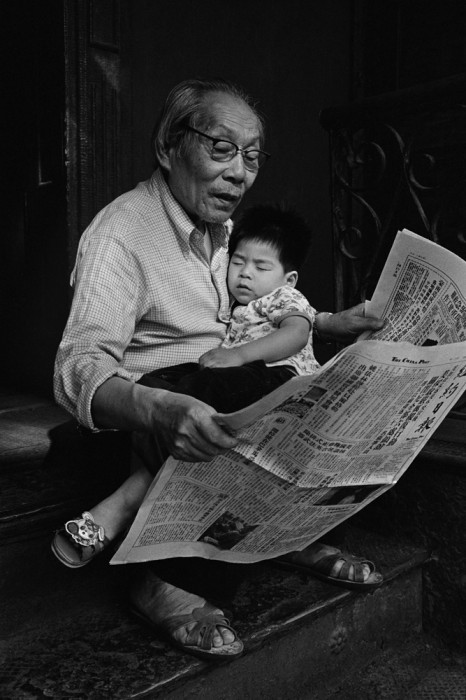 Grandfather with his grandson, 1983 ©Bud Glick