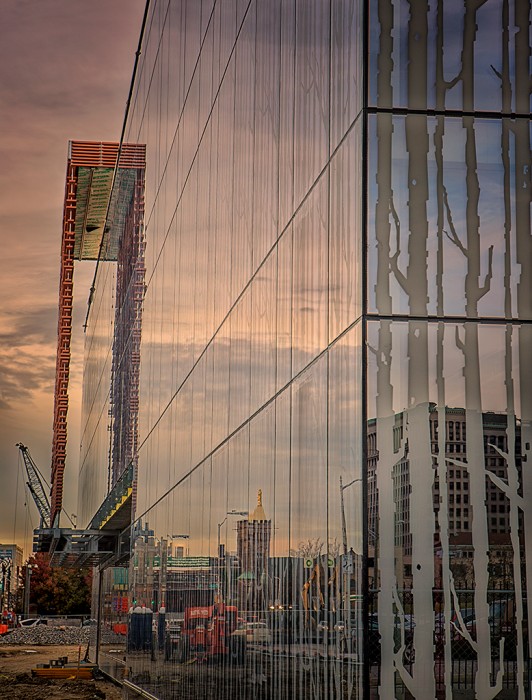 Opening tonight at the Maison de la Photographie in Lille, France Sara Jane Boyers will share Detroit: Definition in connection with the lille3000/RENAISSANCE festival that will focus on five cities renovating and redeveloping themselves for the 21st Century. Accompanying her photographs at MaisonPhoto will be the work of French photojournalist, Guillaume Rivière. Sara has been revisiting the city of her birth, seeking a visual language that describes her connection to Detroit.

Sara Jane Boyers is a California fine art photographer who, after successful careers in the music and publishing industries, has returned to a serious focus on her photography. Sara searches for that iconic element of ordinary experience that defines the whole, choosing to render it subtly and with a sense of beauty that is provocative and demanding.

Her work has been exhibited in museums, galleries, and photo festivals including the Vincent Price Art Museum, Western Australia’s Fotofreo Biennial, the Pasadena Museum of California Art, the New York Historical Society, and the Leonardo in Salt Lake City.

Sara is the recipient of two 2011 and four 2012 IPA Honorable Mentions and an ASMP/AIA award and exhibition for Best Architectural Photographs 2012.  Her photographs reside in public and private collections internationally and are published in magazines, books, and respected online media. 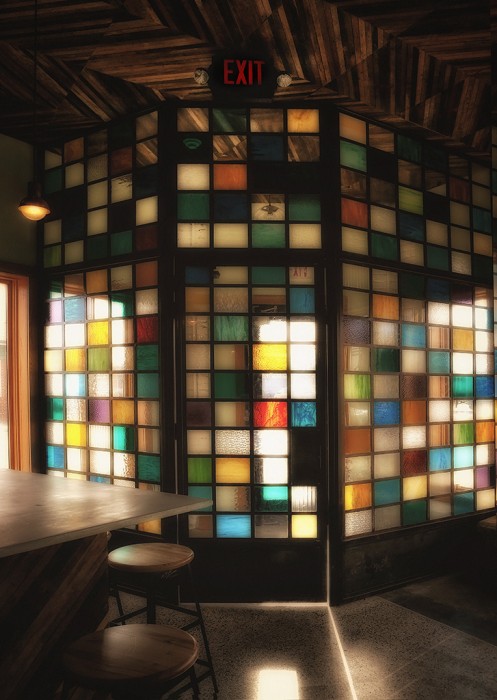 DETROIT: DEFINITION is my long-term project, a developing story – for me and Detroit – of my birth city. In 2011, I returned to Detroit essentially for the first time since my parents, then working in Detroit, packed me at age one and my brother at nine weeks into the family car to search for fame and fortune in Los Angeles. The date of my return was the occasion of a significant birthday, and it felt the moment to understand what it meant to me, an almost-native Californian, to say that I was “born in Detroit.”

The timing of my first visit was fortuitous for in 2011 – and in large part due to the outstanding work of many terrific photographers and writers – we, throughout America, finally awoke to the harsh reality of the long slow decline in our country since the 20th Century high of economic and industrial strength, represented most unfortunately by Detroit.  In almost five years and seven visits so far, I have discovered a city and place full of contradictions and fits and starts, yet full of beauty and strength; with dramatic racial, economic, social struggles and, with last year’s threat to Detroit’s stunning Detroit Institute of Art, cultural. Yet throughout residents, communities, business and architecture display resilience, collaboration, cooperation, amazing creativity and social focus that has become the key to Detroit’s turnaround. 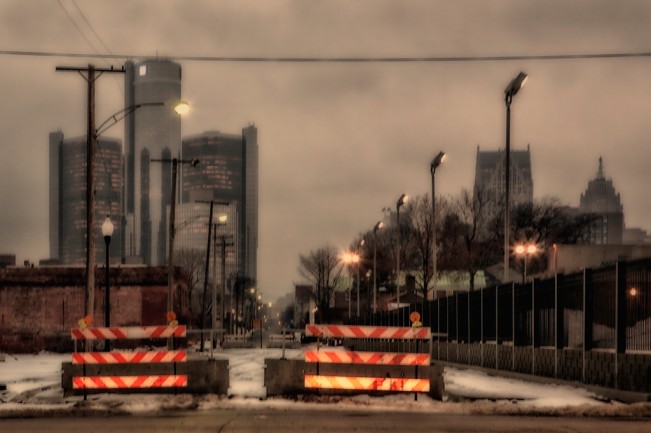 As yet another photographer in a flood of others photographing this well-documented city, the challenge was to find my path. Less a photojournalist and not quite the typical street photographer, I turned to my strength: the detail of the everyday with a bit, often, of the abstraction that has inspired me from a lifelong love of the arts, that hopefully elicits questions and curiosity within the viewer, and the photographer, about lives lived in the past, today and how that can determine the future.

I really wanted to know, “define,” this city of constant change to which I have such a tenuous connection. And yet, much of my work, my FINDING CHINATOWNS: AN AMERICAN STORY project especially, was about wandering around a bit lost, with only the slightest of direction until I found what it is I seemed meant to be found (Thank you Rebecca Solnit for your A Field Guide to Getting Lost !). I needed a bit more for Detroit, and so I used my late father’s “footsteps” as my guide: where he lived, worked and played as a single “madman” in fashion advertising; then newly married man, then father, in his eight short years in Detroit. 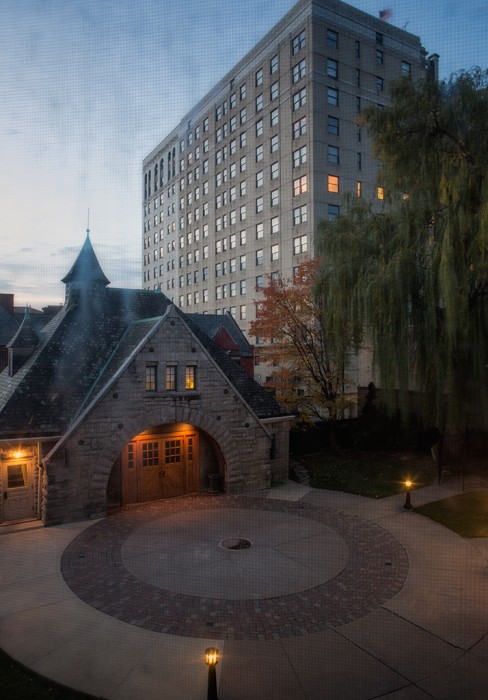 I started with my own birth home in the city’s Northwest where I immediately met a family and neighborhood that I revisit and photograph each trip: the “regular” people of Detroit, neither terribly rich or terribly poor, not necessarily “newsworthy” as that term has come to mean today. They are informing me about their city and for that I feel most fortunate and definitely grateful. My idiosyncratic guide has led me to those of great wealth and those of great talent, all of which enlarges a project that crosses Detroit’s socio-political and racial lines as well as real geographic concerns. Those whom I meet allow me in to photograph but also share their own stories and suggest others and places to explore.

The journey continues and it has become a quiet, more intimate perspective on Detroit’s great concerns and on its great successes, then and definitely now, as I capture great buildings of Detroit’s historic past along with grass-roots industries, artists, new media and small neighborhood block clubs all working to reinvent, preserve and restore one of the great American cities.

The more I explore and experience, the prouder I am to say that I am “from Detroit.” 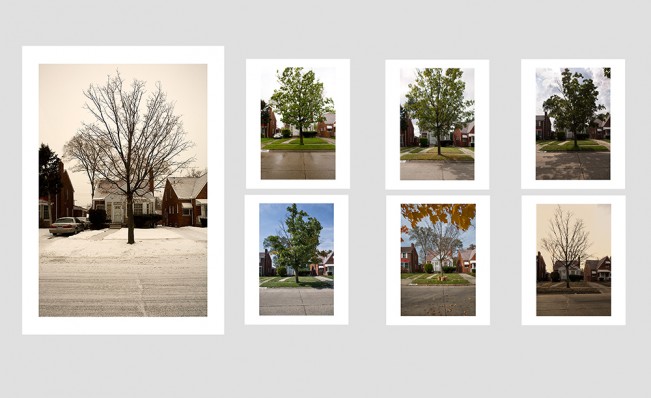 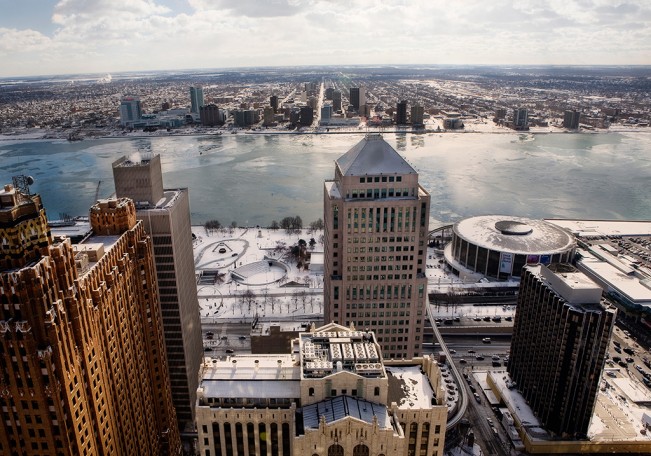 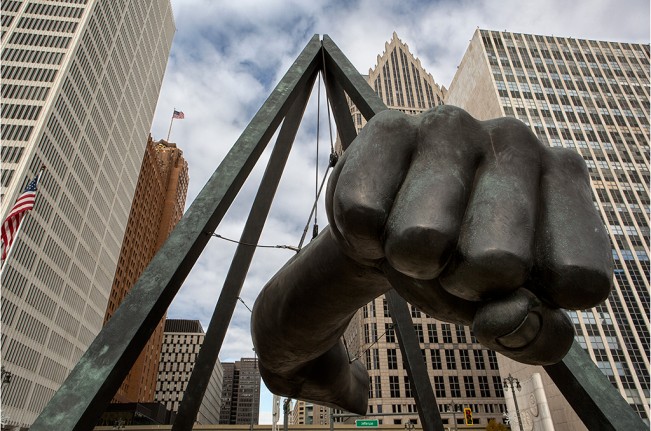 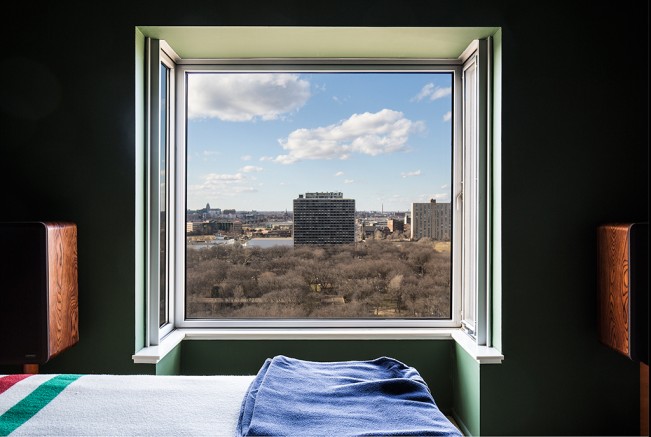 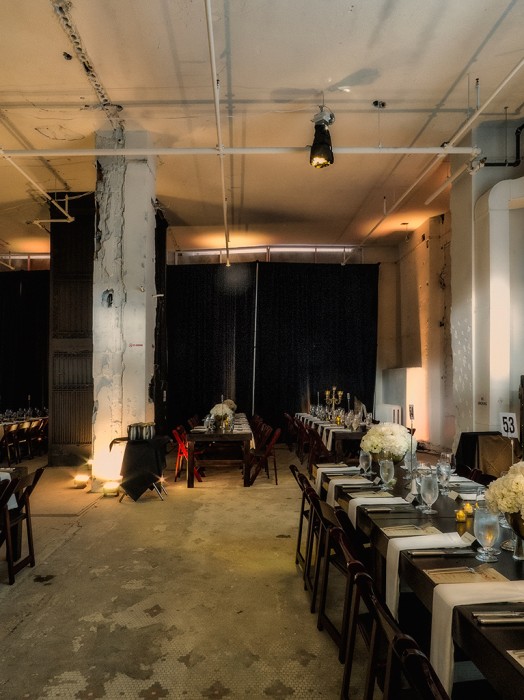 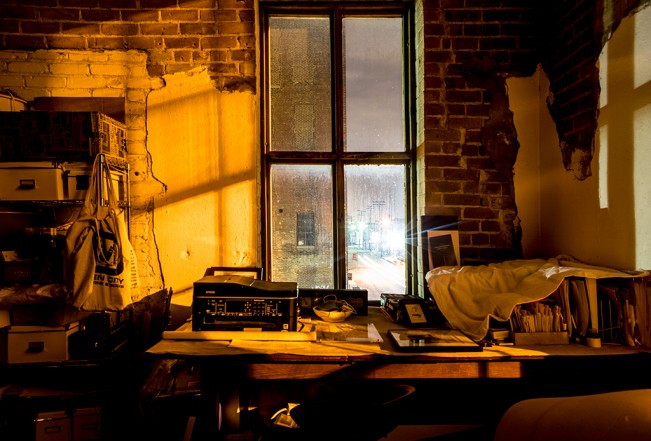 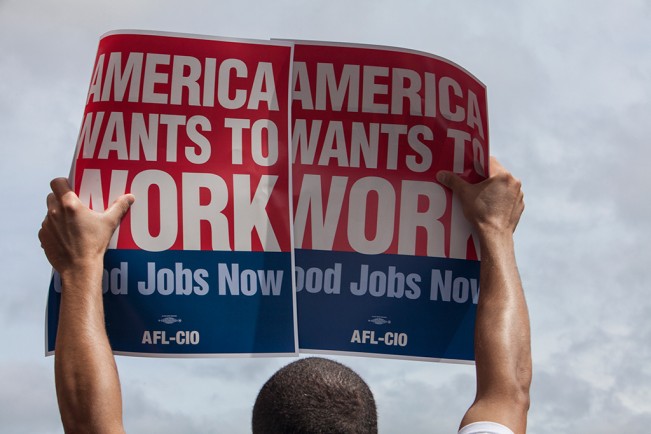 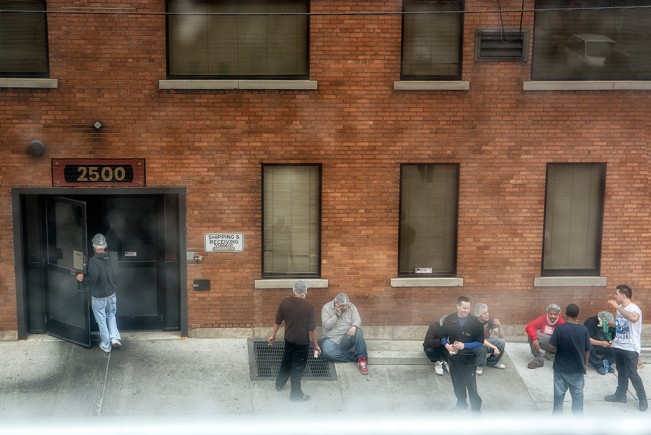 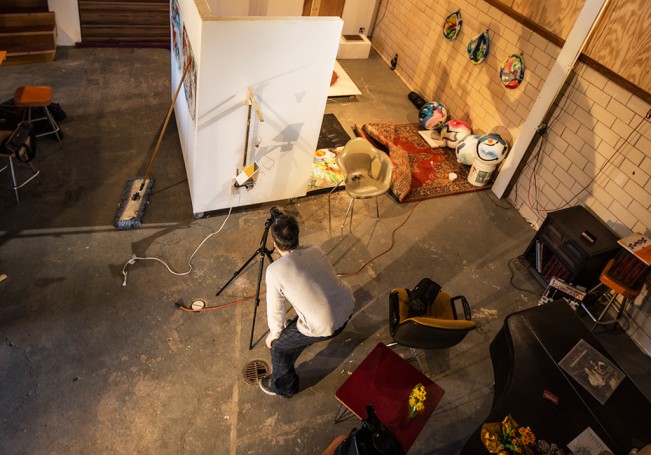 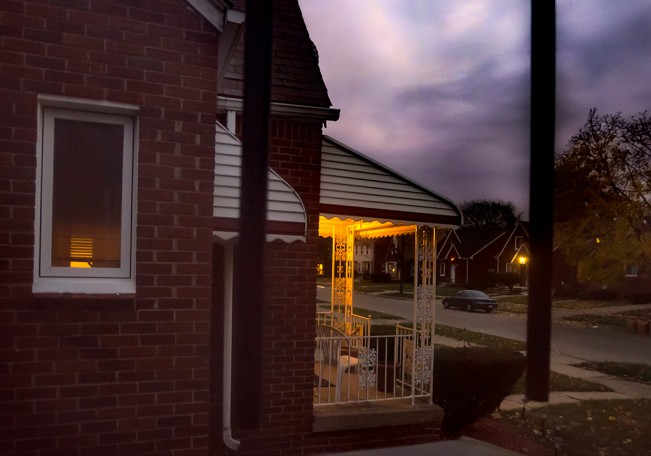 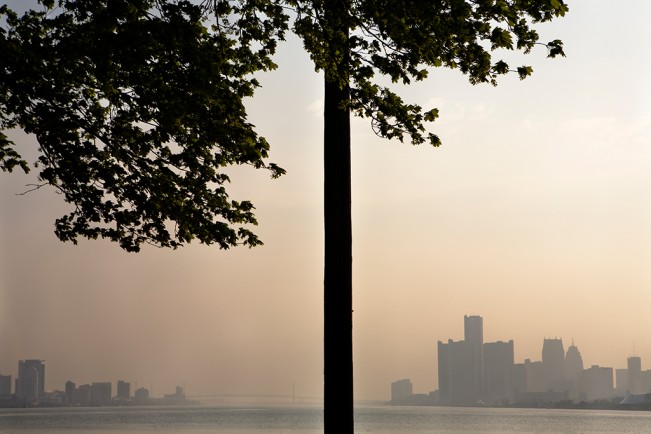 ©Sara Jane Boyers, Between the Two