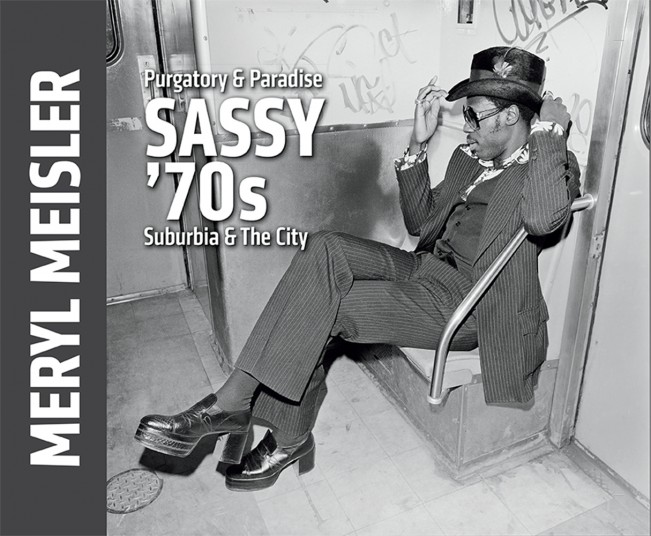 Meryl Meisler, a NY based photographer, was born in the South Bronx and raised in Massapequa, NY. She is the daughter of a commercial printer and an employment “head hunter”, and granddaughter of Eastern European Jewish immigrants from Russia, Hungary and Galicia. Upon graduating from SUNY College at Buffalo and University of Wisconsin at Madison, Meryl moved to NYC in 1975. She’s worked as a freelance illustrator and photographer, taught art in the NYC Public Schools, and continues to teach future art teachers at New York University.

Meryl has received fellowships and grants from New York Foundation from the Arts, The Pu°n Foundation, Time Warner, Artists Space, C.E.T.A., the China Institute and the Japan Society. She has exhibited at the Brooklyn Museum, Brooklyn Historical Society, Dia Center NYC, MASS MoCA, The New Museum of Contemporary Art, and The Whitney Museum of American Art and in public spaces such as Grand Central Terminal, The South Street Seaport and throughout the NYC subway system. Her work is in the permanent collections of AT&T, Bibliothèque Nationale de France, Brooklyn Historical Society, Library of Congress, Islip Art Museum, Metropolitan Transit Authority, Pﬁzer, Reuters, Columbia University, YIVO Institute for Jewish Research and within artist books in the collections of Carnegie Mellon, Centre Georges Pompidou, Chrysler Museum, Metronome, Museum of the City of New York, Museum of Modern Art, and the Whitney Museum of American Art. 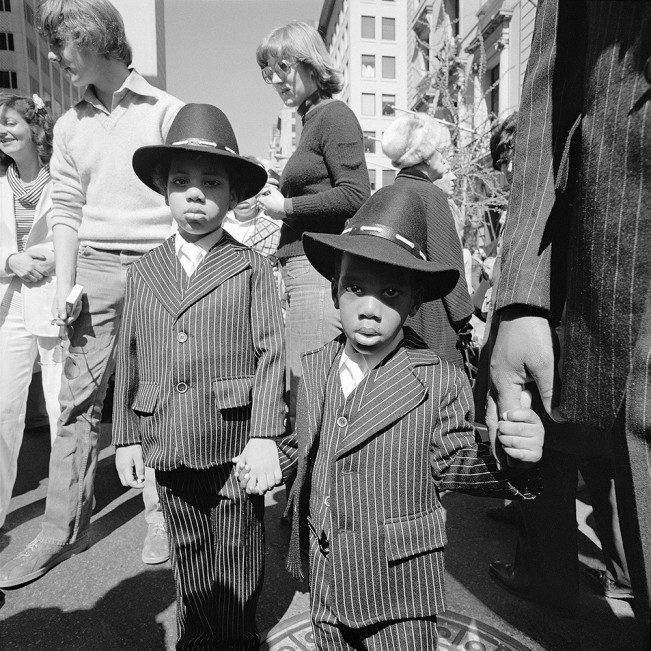 I slept in Martha Washington’s bed and my brother Ken in George Washington’s bed. Mom told us this, my earliest memory, South Bronx, circa 1951. It’s the beginning of my American story – sweet and sassy, with a pinch of mystery.

Lineage: My grandparents came from Eastern Europe to escape pogroms and persecution. It was the Great Depression, and both families were poor. My dad, Jack Meisler, married Sylvia Schulman on furlough from the Coast Guard during WWII.

Postwar Prosperity: Mom helped dad start the Excel Printing Company. Thanks to the GI Bill, they bought a home on the site of a former Chinese vegetable farm in Massapequa, Long Island. Nearby farmland rapidly gave way to housing developments, schools, shopping centers, and highways as BOOM! The Greatest Generation and their Baby Boomer offspring arrived. 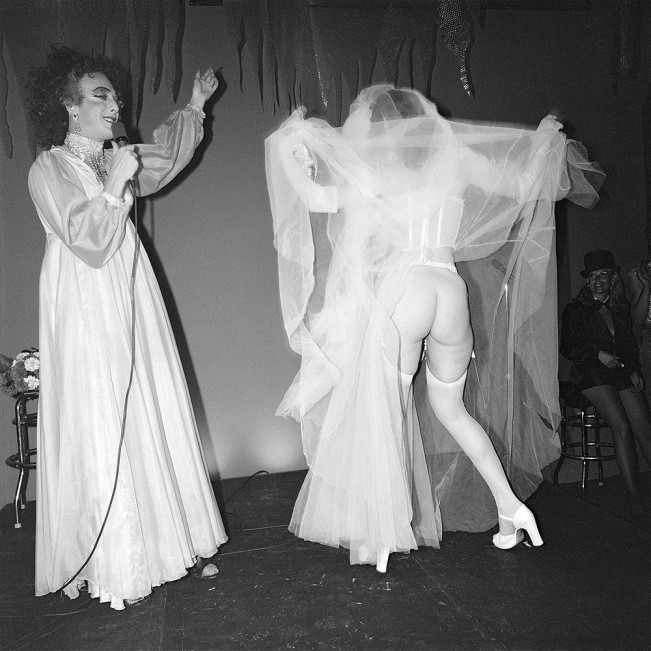 Split level life: Dad commuted to The City six days a week. Sylvia became Sunny, a stay-at-home mom who went back to work as we got older. Sundays we drove to see family in The Bronx or they came out to The Island. We’d also meet in The City to see the Rockettes or the circus. The Meislers helped found Congregation Beth El, were Presidents of The Knights of Pythias, Pythian Sisters, and Temple Sisterhood. Best of all, they co-founded The Mystery Club: eleven couples that went on adventurous outings to places like a haunted house, séance, nudist colony, and gay bathhouse. Brother Mitch arrived during 1st grade, and soon after, I got my first camera, The Adventurer. Dad was a wonderful photographer whose subject was our family. Mine were family, friends, and adventure. Still are.

Purgatory: A new girl moved to the block. One day, playing outside her house she looked at me and said, “You can never go to heaven.” “Why not?” I asked. “I’m a good girl.” “Because you’re Jewish,” she replied. “Jews can’t go to heaven. My aunt’s a nun, and my uncle’s a priest. They told me. The best you can do is Purgatory.” “What’s Purgatory?” I asked. Her explanation made no sense, no way, no how. I knew in my heart it was important to be open-minded, that discrimination was wrong. With my first paycheck as an illustrator, I bought an antique edition of Dante’s Purgatory and Paradise, illustrated by Gustave Dore. Never read it, just needed to own it, still do. Working on this book, I realized I had never been invited into that girl’s home. 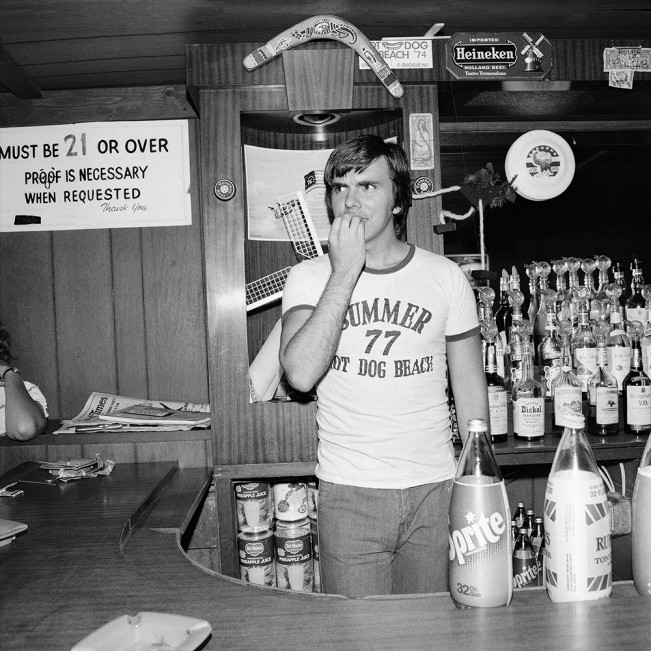 Spotlight: In 1959, Massapequa made the national news. A Christine Jorgensen was engaged to a Massapequa man, but they couldn’t marry because Christine was born a man and had undergone a “sex change.” Later I met and photographed Christine at Mardi Gras and let her know we were both Massapequa girls…

1960’s: I was stunned when JFK was killed, sad and confused during the Civil Rights Movement murders, and the assassinations of Malcolm X, MLK, and RFK. The Stonewall riots and Woodstock came just after high school. Though dad did printing for Woodstock, I was a minor and wasn’t allowed to go. 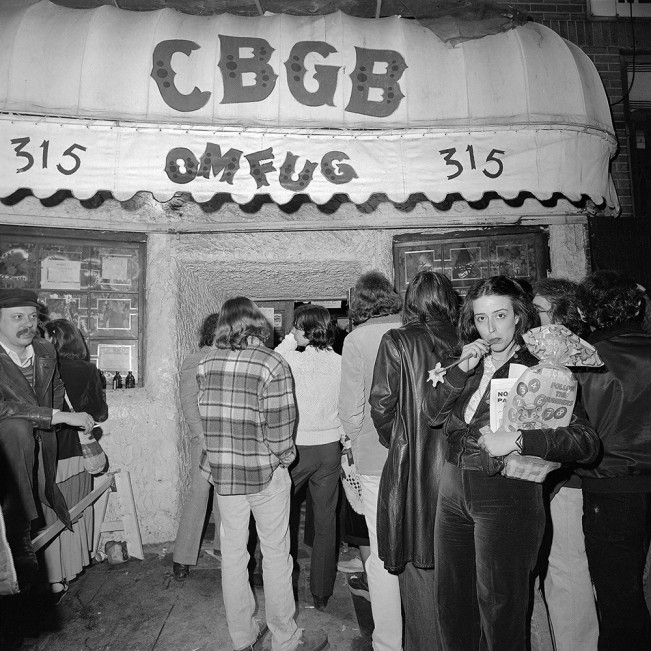 Inspirations: A college education was my parents’ greatest hope for their children. In 1969, I went to Buffalo State and studied Art Ed. In 1972, I was deeply moved by a Diane Arbus exhibit at MoMA. Accepted at Columbia University grad school, I feared living in The City with daily reports of murder and rape. When the University of Wisconsin offered a scholarship, it was “On Wisconsin!” I studied illustration and took a photo class to learn how to use a “real” camera.

Beginnings: Home on break, I began photographing family, friends, and Mystery Club members. Professor Cavalliere Ketchum couldn’t get over the ornate stage-like interiors, asking, “Who are these people? I’ve never seen anything like this!” “This where I come from,” I replied. “These are my family and friends.”

Big Apple: After graduation, I moved to New York and sublet a room from my cousin Elaine Rosner. I set up a darkroom in the laundry room while studying with Lisette Model, who loved and encouraged my B&W medium format series of family and friends. The city was in fiscal and social turmoil, and I was in transition and chaos myself. My parents were divorcing, and I’d recently ‘come out.’ My

Rosner cousins introduced me to artists, writers, musicians, feminists, activists and intellectuals. We hung out in East Harlem and the Lower East Side with Latinos, African-Americans, Asians, and a wide variety of New Yorkers. 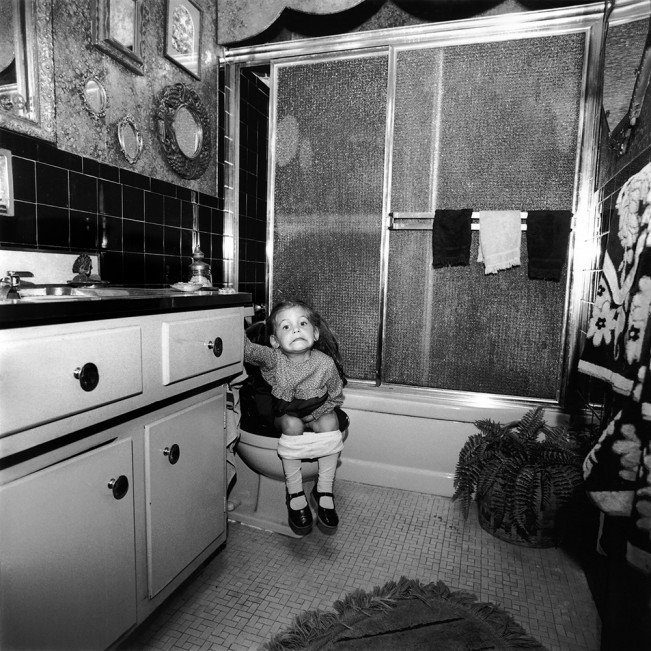 The Beat: In February ’77, I went to The COYOTE Hookers Masquerade Ball in NYC, then to Mardi Gras in New Orleans, where I met Judi Jupiter. Back in New York, we went to CBGB, discos, Fire Island, and the Hamptons. The gay and feminist movements were in full swing. People could be straight, gay, bi – anything they wanted to be. It was my version of Brassai’s 1930’s Parisian nightlife. I photographed the streets by day and the hottest clubs at night, then developed the film, and filed the negatives away in plastic sleeves.

Civil Servant with a Camera: Using my suburbia images, I applied for a Comprehensive Employment Training Act (CETA) Artists Grant, and began working for the American Jewish Congress, photographing Jewish NY and my own family roots. Nights were my own, and I continued to explore the Disco scene that was growing more raunchy and outrageous. 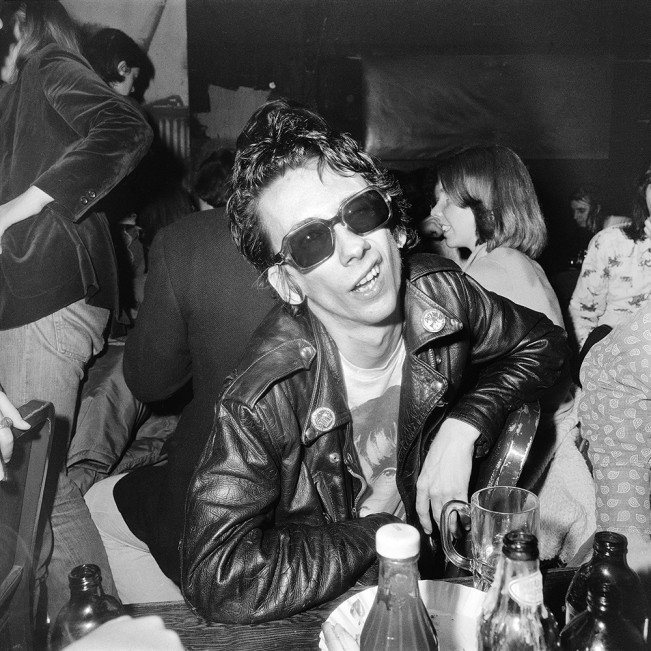 Go-Go Era: Visiting Judi Jupiter bartending at Playmate, I became interested in the scene and got a hostess job at Playmate, then Winks and The Magic Carpet. Required uniform: bathing suit, stockings, high heels, and makeup. I drew customers and dancers in a sketchbook and occasionally brought my camera. Still have the sketches. This is the first time I’ve shown the Go-Go photos; there are lots more.

Changes: CETA ended in ’79. I’d been doing freelance illustration and started teaching art in public schools. I’d also begun a relationship with a Massapequa girl living in San Francisco, which was getting serious. In 1980, on the anniversary of the date that Gertrude met Alice, she moved to New York to begin our life together. She is the designer of this book. 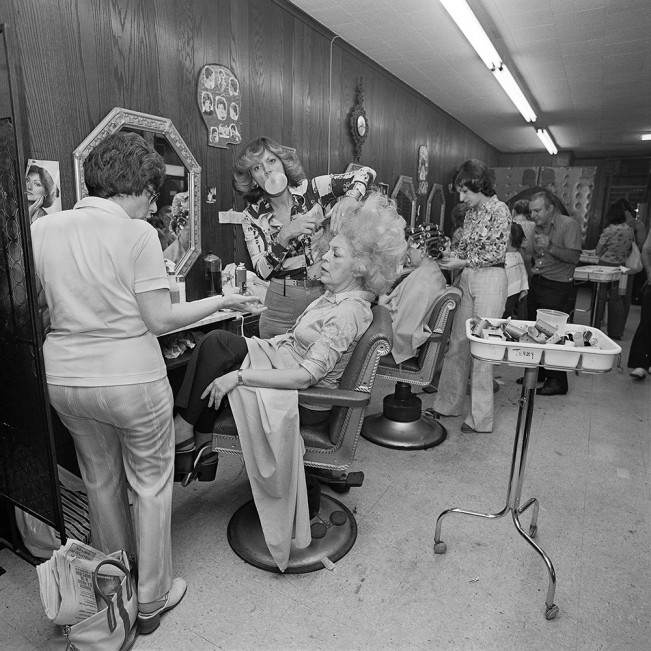 This book encapsulates my coming of age: The Bronx, suburbia, The Mystery Club, dance lessons, Girl Scouts, the Rockettes, the circus, school, mitzvahs, proms, feminism, Disco, Go-Go, Jewish, and LGBT Pride, the New York streets, friendship, family and love. I had to photograph it to make sense of it all. To hold onto the time, to release and share it, put it in perspective and move on. It was sassy, but also sweet, and so was I. 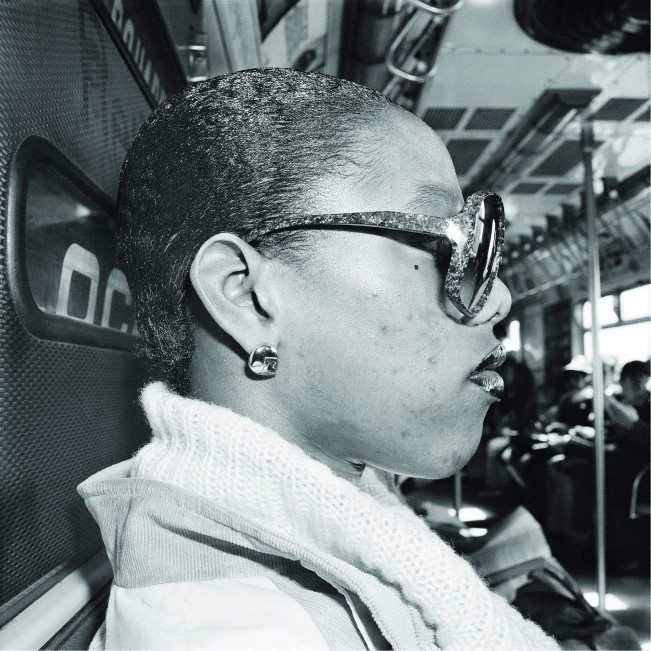 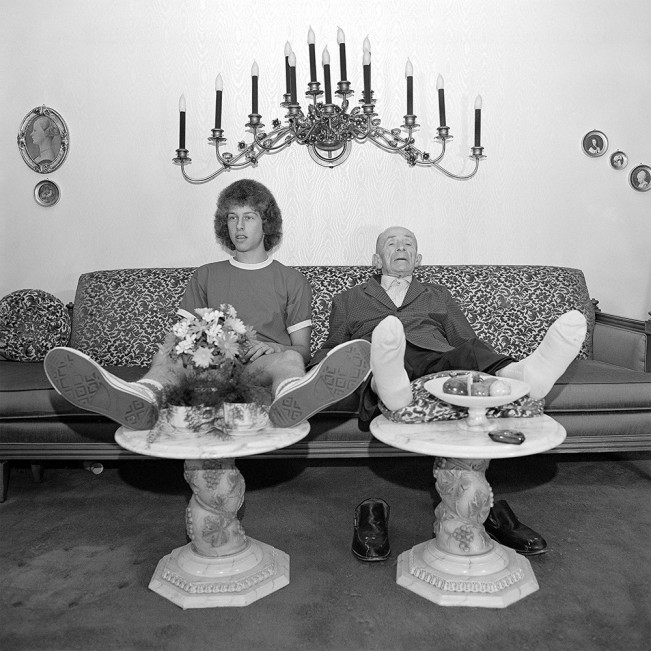 ©Meryl Meisler, The Way We Were, North Woodmere, NY January 1975 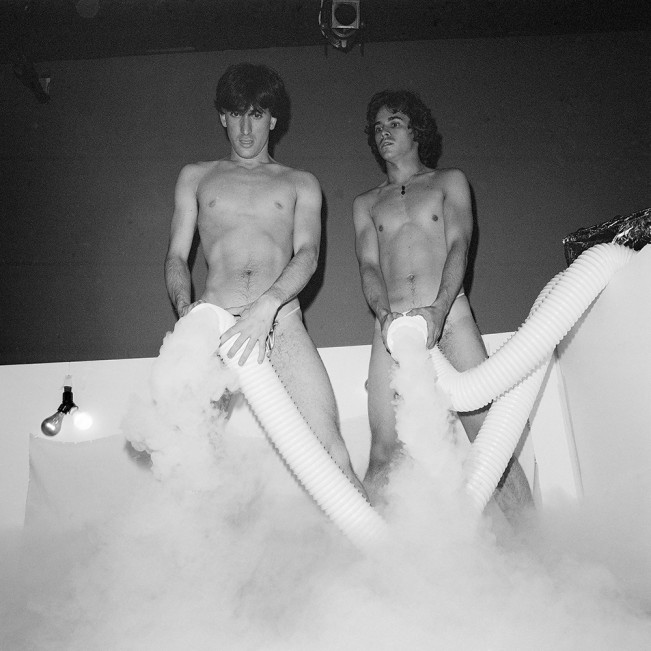 ©Meryl Meisler, Send in the Clones 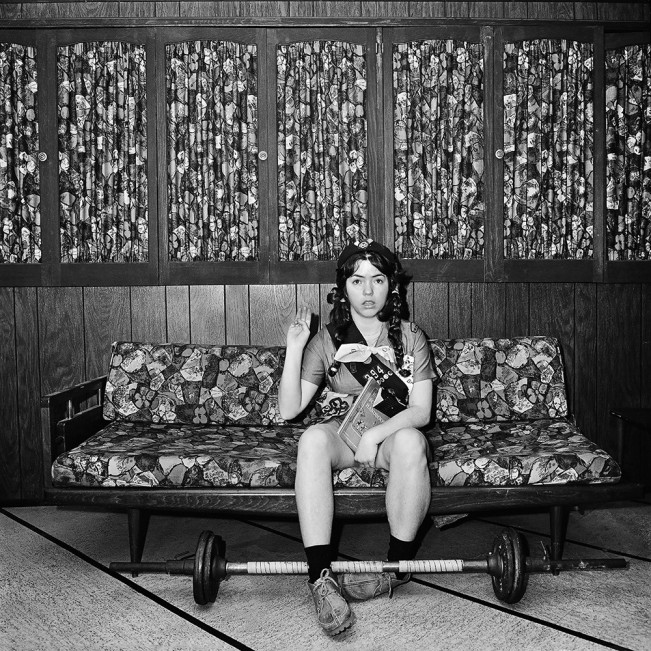 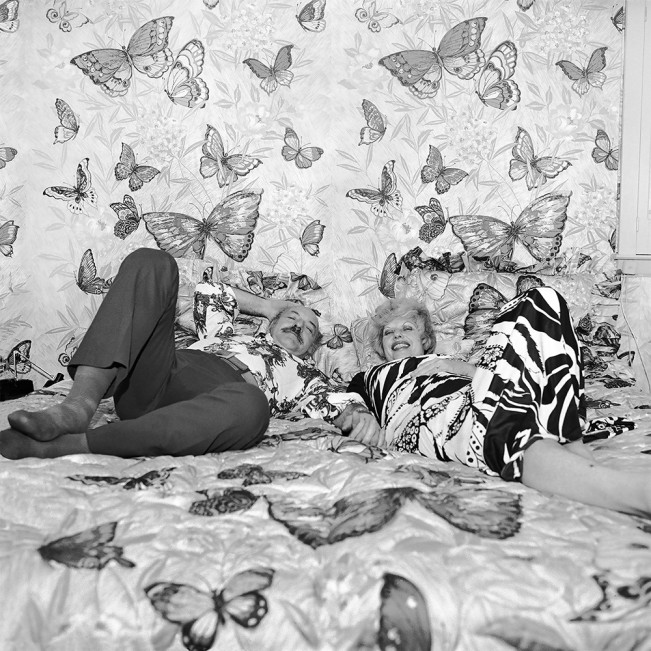 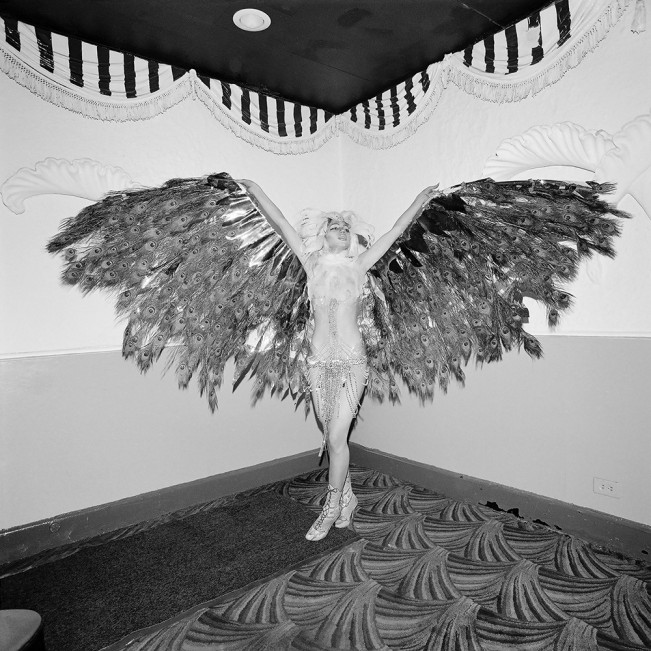 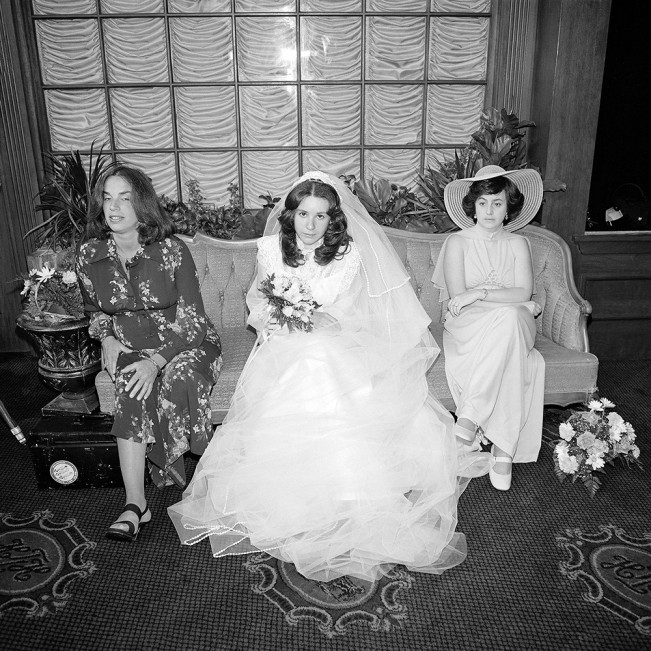 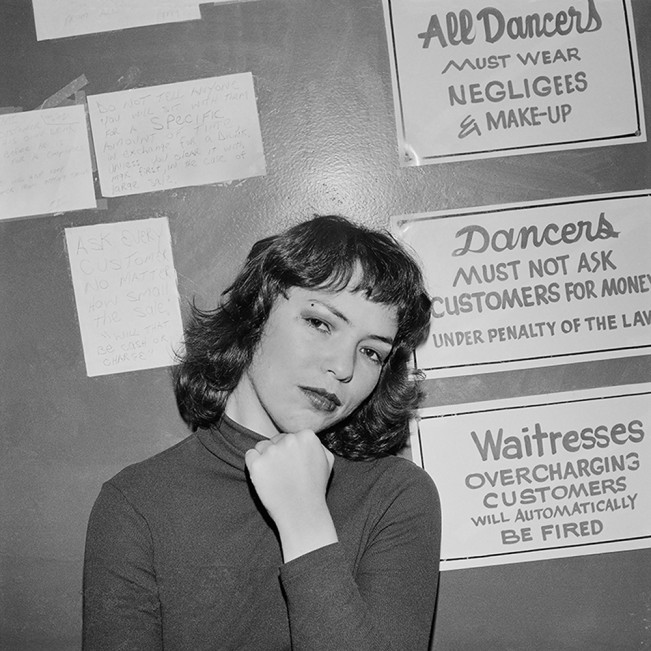