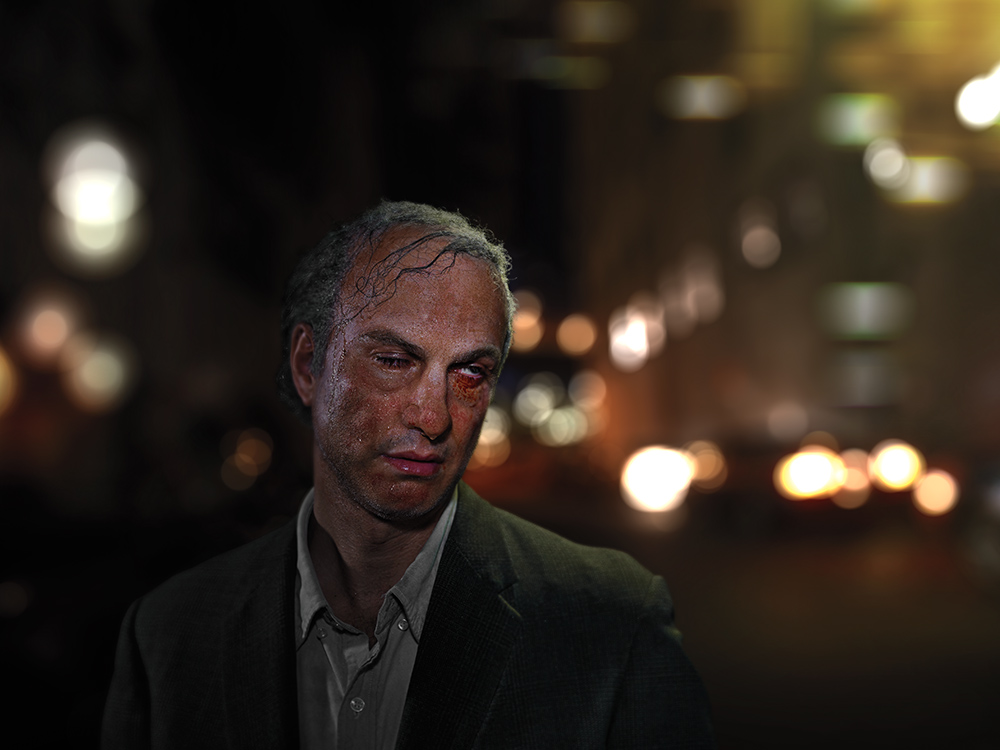 It’s no secret that I am a huge fan of all things Mr. Toledano. His projects range from deeply personal narratives to political and social projects that examine the painful and absurd times in which we live. That wide berth of image making is a reflection of an artist who has a curiosity about all aspects of his life and world. His ability to produce nuanced, poignant, and intimate work and also create work that challenges our settled lives makes him worthy of his title, his highness Kim Jong Phil.

Phil is about to open an exhibition of his new series, Maybe, at the Colorado Photographic Arts Center on Saturday, February 6, 2016. CPAC will reopen its doors in a new location in Denver’s RiNo Arts District. Phil has a book, published by Dewi Lewis, under the same title. 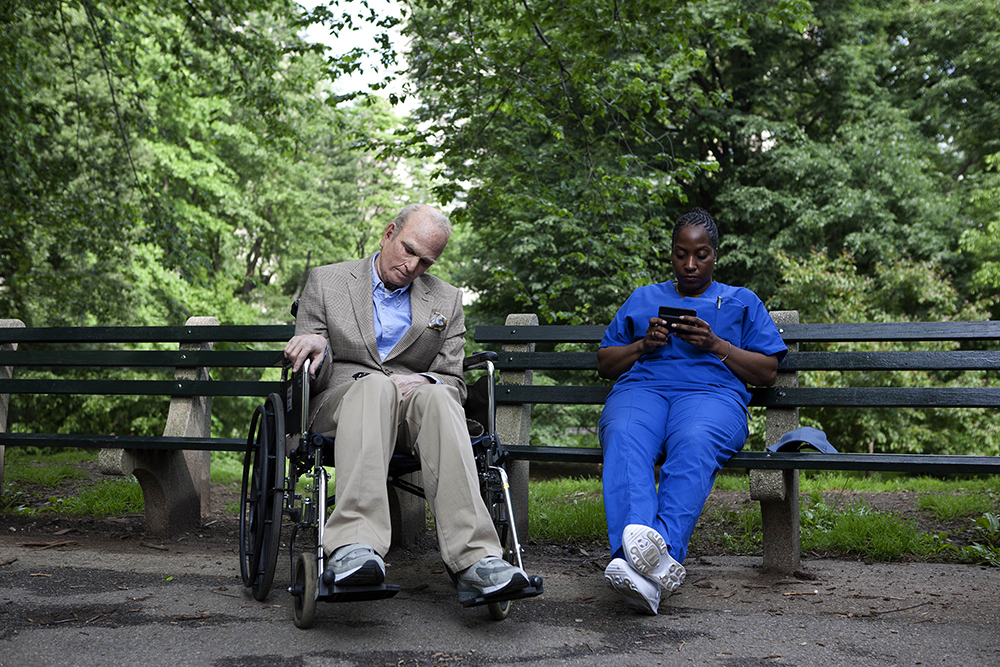 Recently featured in the New York Times, Maybe is Phil’s response to the unexpected death of his mother in 2006.

“When my mother died, it made me realize that you don’t have any control over your destiny at all,” said Toledano in an NYT interview. I became quite fearful of what sharp turns life had in store for me and what other terrible unforeseen things might happen.”

He decided to confront his fears of death and aging head-on, by photographing his “future self” in various stages he could imagine himself experiencing at the end of his life. But how does one photograph the future? To start, Toledano took a DNA test to determine illnesses he was likely to get. He consulted with fortune-tellers, hypnotists, and researched insurance company statistics. He then sought the help of Adam Morrow, who specializes in makeup and prosthetics for movies.

“I worked with a skilled prosthetics expert, so I could physically become my future selves,” he writes on his web site. These “future selves” include a homeless man, a stroke victim, an Upper East side socialite, and other characters. The result is a book, Maybe, published by Dewi Lewis, and a short film by Joshua Seftel documenting the creation of the photographs that premiered at the Tribeca Film Festival, The Many Sad Fates of Mr. Toledano.

Phillip Toledano was born in 1968 in London, to a French Moroccan mother and an American father. He works conceptually, examining themes that are primarily socio-political, although lately he’s strayed into the deeply personal. Because his ideas determine their own execution, he works in various media, from photography to installation and from sculpture to painting. In addition to Maybe, he is the author of several other books, including Bankrupt, featuring photographs of recently vacated offices, and A New Kind of Beauty, a series of portraits of people who have recreated themselves through plastic surgery. His work has appeared in Vanity Fair, The New York Times Magazine, The New Yorker, Esquire, GQ, Wallpaper, The London Times, The Independent Magazine, Le Monde, and Interview, amongst others. His work is in many public and private collections and has been exhibited worldwide. 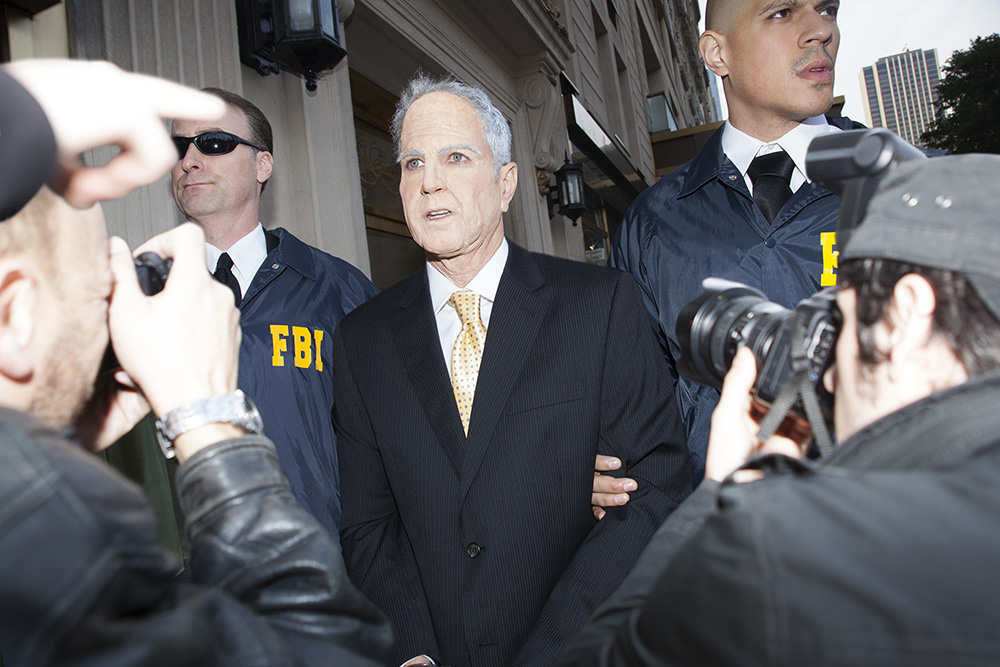 Most of my life has been lived in a golden shimmer of love and privilege. I’ve been lucky in more ways than people can imagine.

And intertwined through that iridescent daydream was the illusion of control.  The reassuring sense of my hand on the tiller, irrevocably guiding me upwards,  towards a bright, certain future.

When my mother died suddenly in 2006, everything changed. I thought that parents were forever, but when mine vanished, I realized that nothing really was.  Obvious to most perhaps, but not me.

I wondered-what other sudden, dark turns lay ahead?

Rather than wait helplessly for my future, I decided to confront my fears.

I would try and anticipate my fate. Guess at the abrupt and unforeseen directions my life might take.

I would see myself as an old man. I would envision failure and loneliness. I would be invisible. Unable to walk. Obese. I would suffer a stroke. I would lose myself. I would slip sideways, into the irrelevant.I would see my own death.

Photography is always about the past. The moment picture is taken; its behind us, in history.

This project is about the future-but how do you research what has not yet occurred?

I took a DNA test that told me what illnesses I was likely to get. I consulted with fortune-tellers, tarot card readers, hypnotists, numerologists  and palm readers. I researched insurance company statistics. I looked within, at my greatest fears.

I worked with a skilled prosthetics expert, so I could physically become my future selves. I took acting lessons. I learned how to lose myself in character.

Guided by my research, I made images. And something extraordinary happened.

The work transformed. From art, to exorcism. 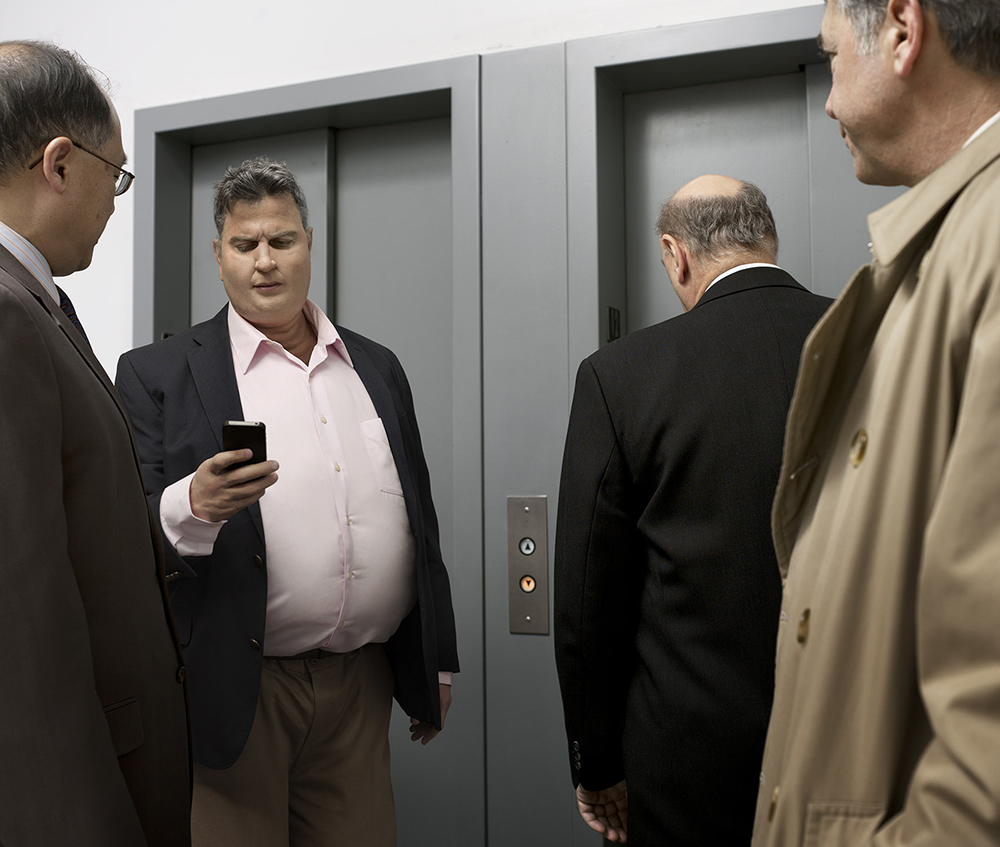 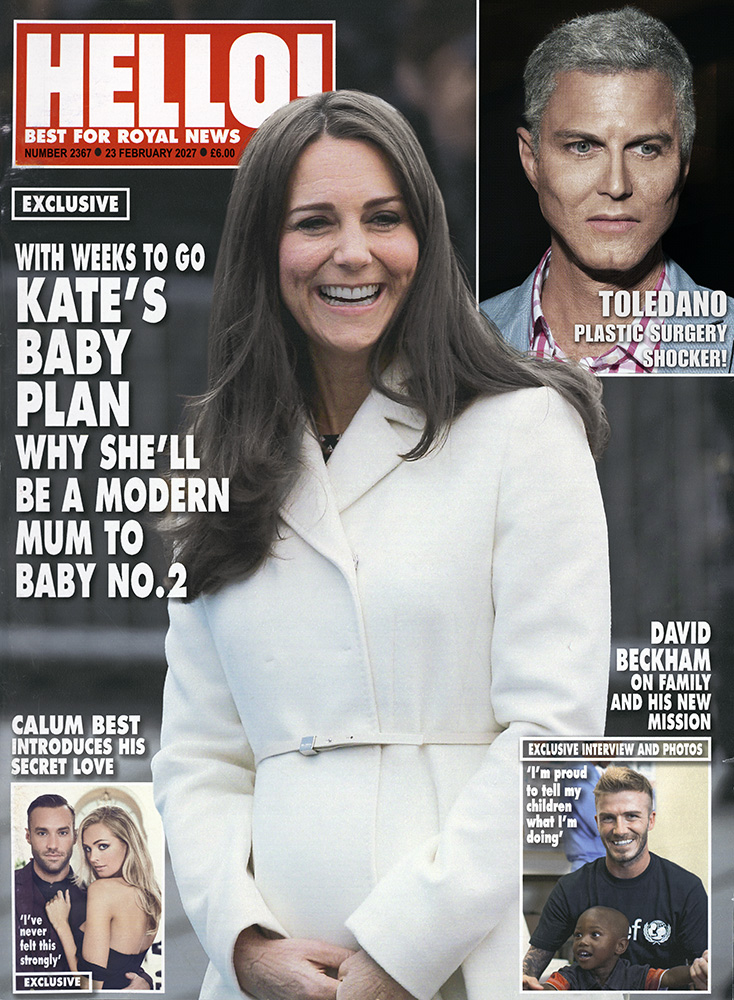 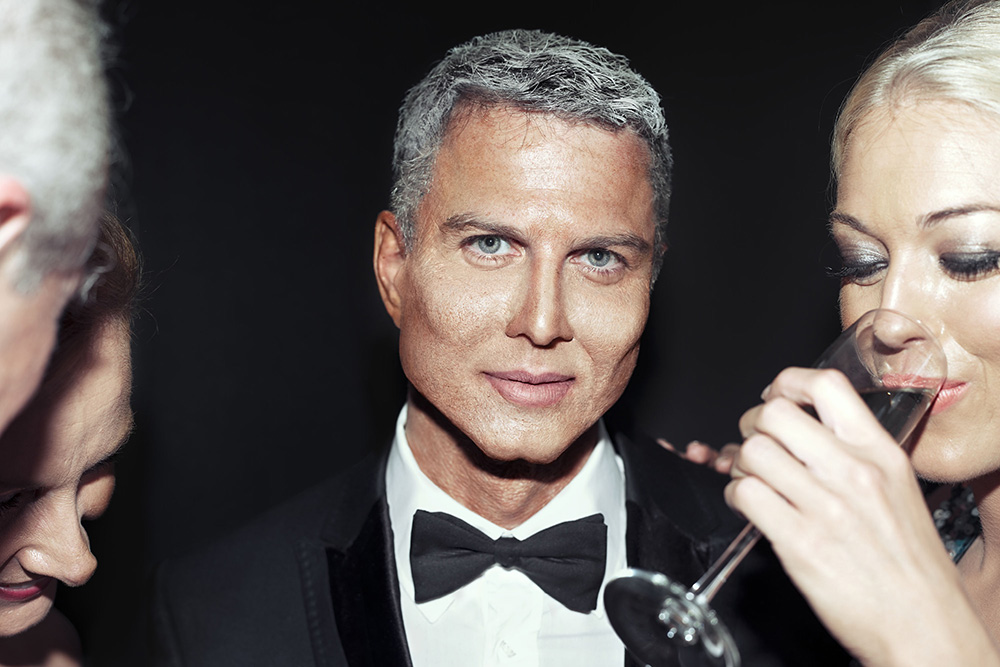 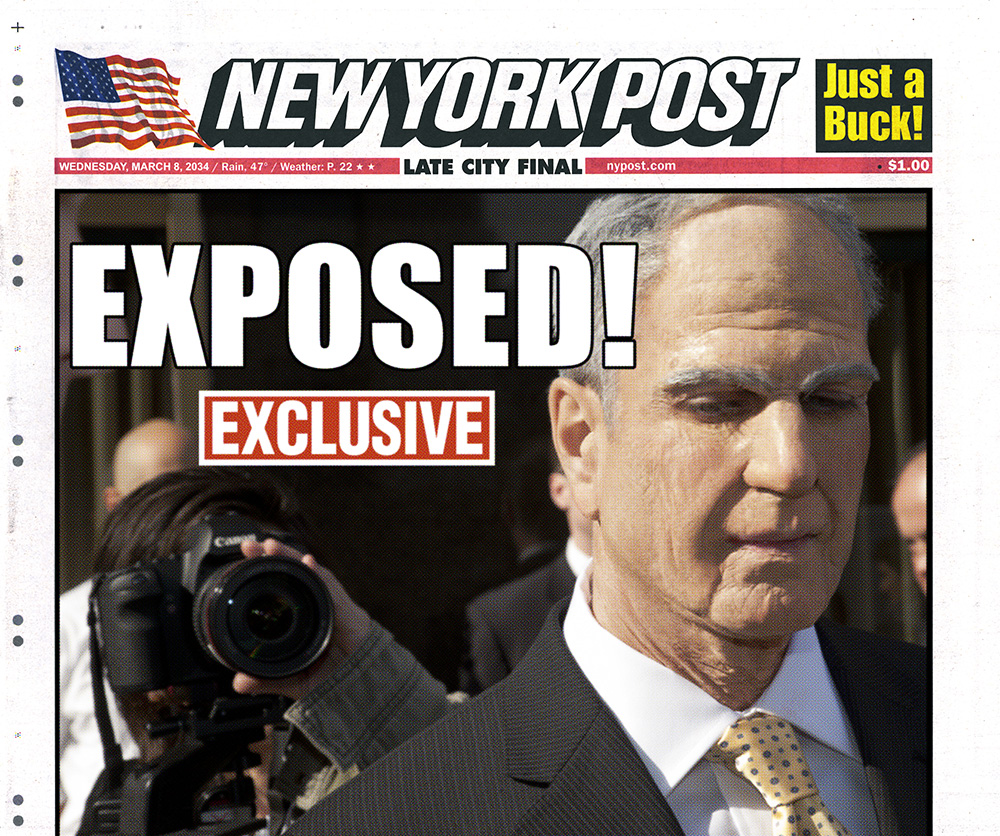 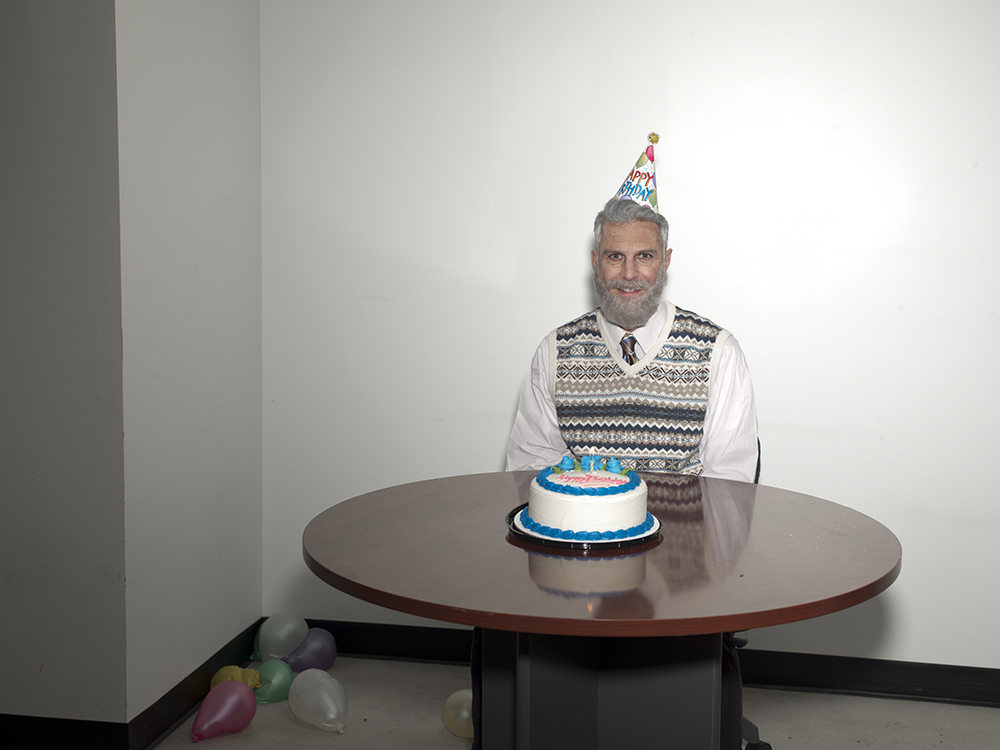 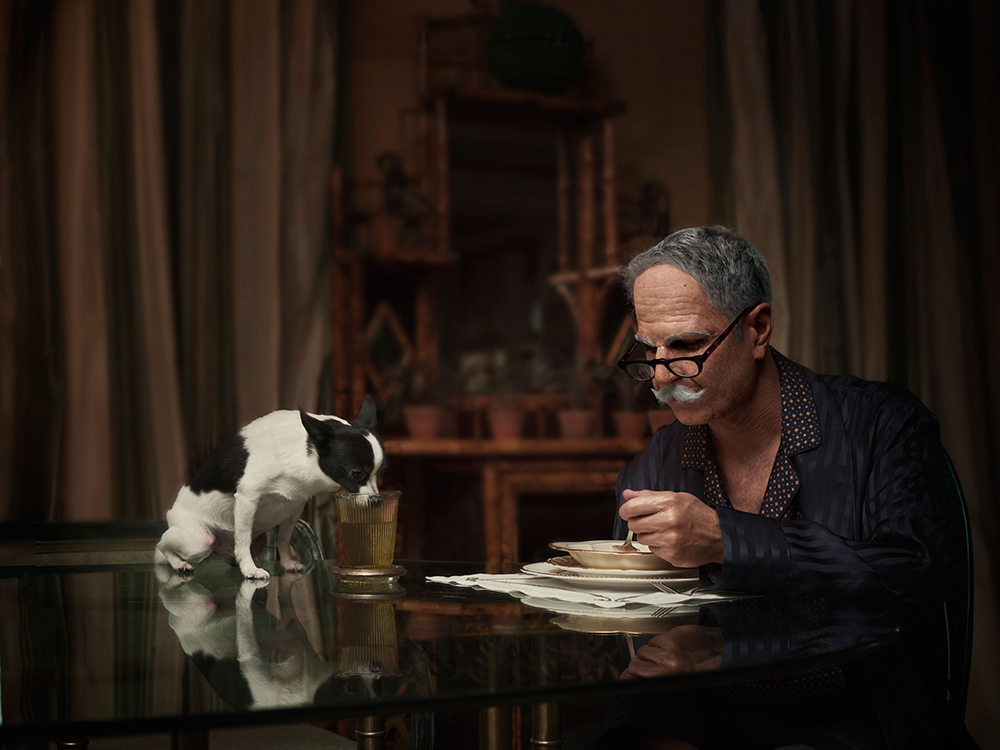 ©Phil Toledano, Dinner for One, from Maybe 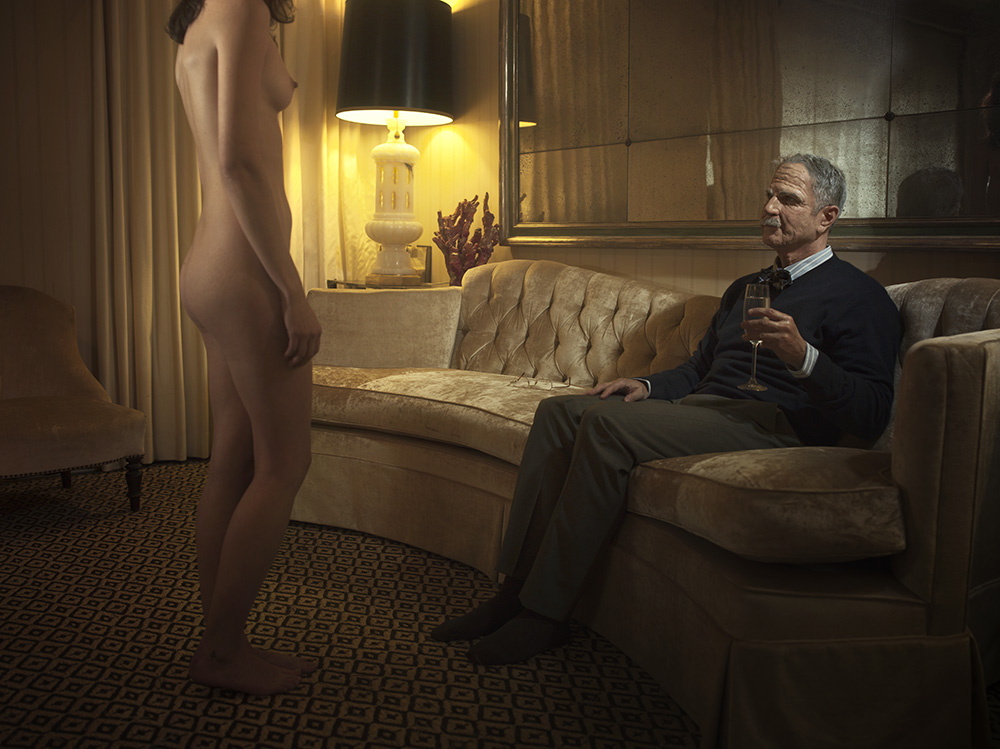 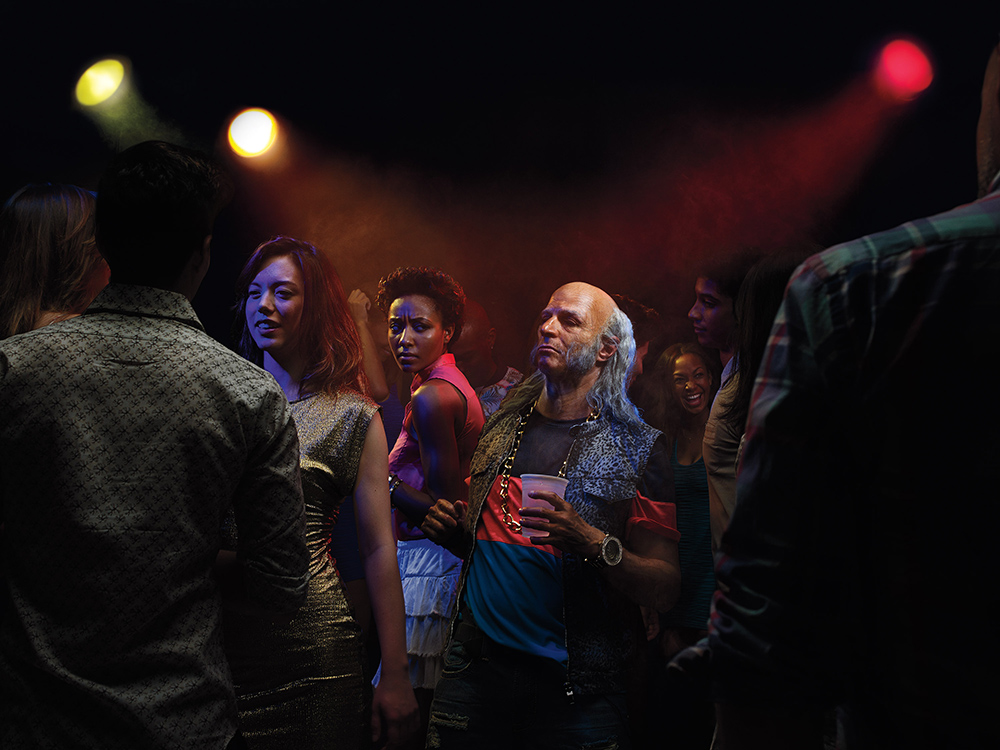 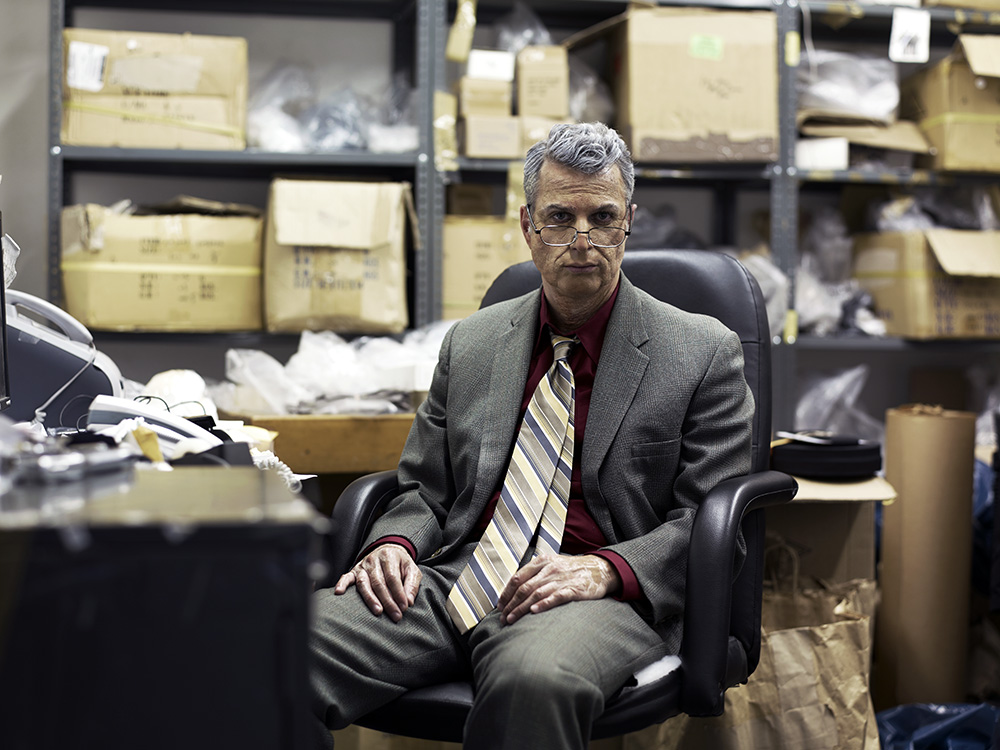