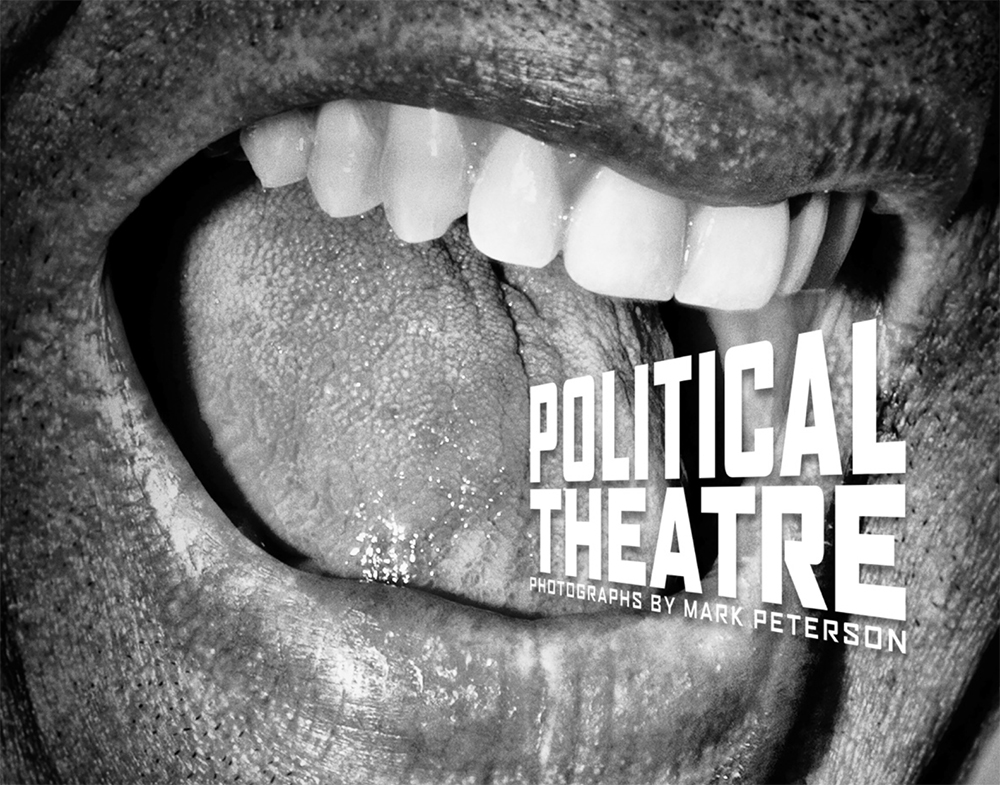 Every presidential campaign has a particular feel and color: the red, white, and blue days of JFK that ended in a sad pink boucle, the brilliant reds of Nancy Reagan, the rainbow spectrum of the Obamas. But this election is perfectly captured in black and white by photographer Mark Peterson, stripping the last two years down to its bare bones, showing the warts and weirdness of democracy gone awry. The result of “the most polarized and bizarre presidential race in American history” is a new monograph, Political Theatre, published by Steidl.

Mark photographed American presidential candidates as “they lead rallies, meet with the public and plead for votes. He began documenting the race shortly before the government shutdown in 2013 at a Tea Party rally at the US Capitol when politicians were railing against President Obama and the Affordable Care Act. Since then Peterson has followed the political spin as it approaches the November 2016 election, creating already-famous images of Donald Trump, Hillary Clinton, Bernie Sanders, Sarah Palin, Chris Christie and others, cutting through the staging of their personalities and revealing the cold, naked ambition for power.” 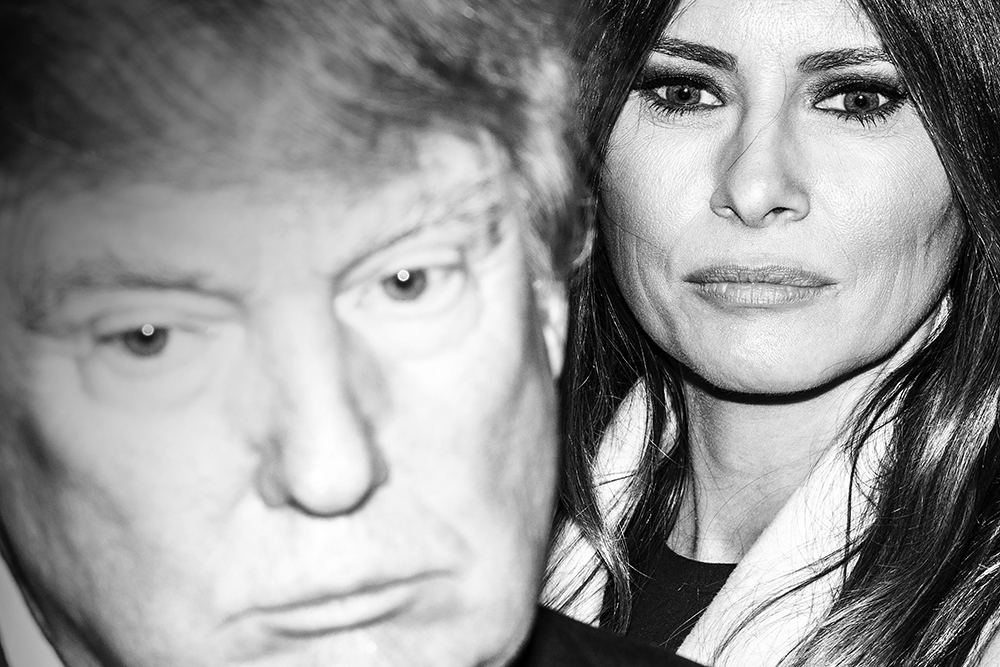 Mark Peterson is a photographer based in New York City. His work is published in New York Times Magazine, New York Magazine, Fortune Magazine, Time Magazine, ESPN the Magazine, Geo Magazine and many other national and international publications. He has received several awards including the Eugene Smith support grant for his work on revolving door alcoholics. He has been in numerous exhibitions and museum shows including his work on Low Riders which was in the show Museums Are Worlds at the Louvre in Paris France in 2012. He is the author of the Powerhouse book Acts Of Charity. He is represented by Redux Pictures. 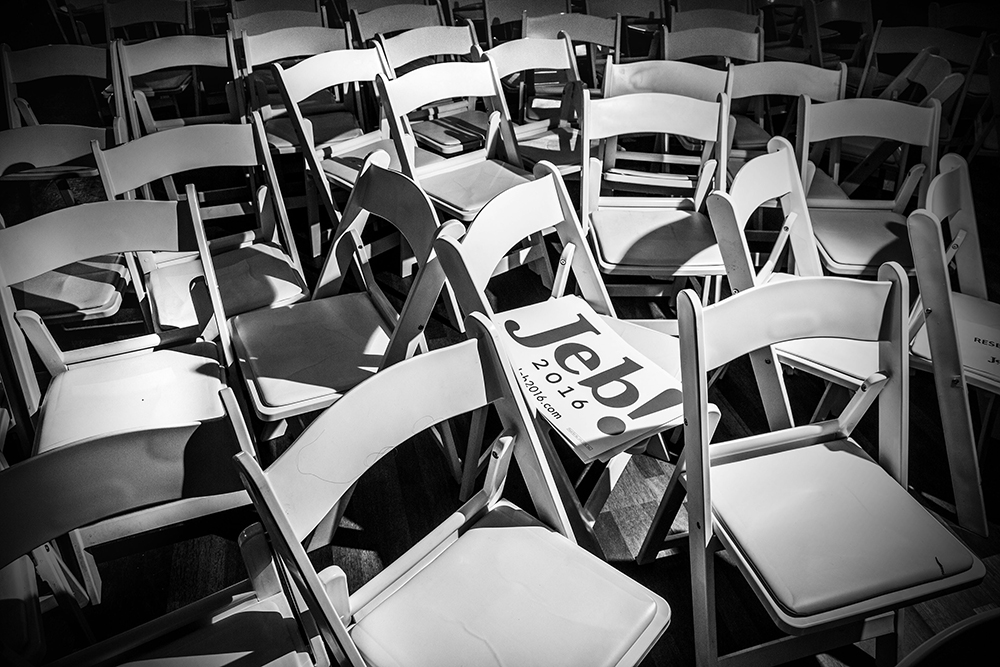 “There are no bad pictures; that’s just how your face looks sometimes. “
Abraham Lincoln

“Political theatre” is a term that comments on political issues, political action or protest that has a theatrical quality to it, and any action by politicians that is intended to make a point rather than accomplish something substantive according to Wikipedia.

Over the past two years I have been photographing the presidential candidates as they lead rallies, meet with voters and plead for their votes. I started just before the government shutdown in 2013 at a tea party rally at the U.S. Capitol. Politicians railed against the president and the Affordable Care Act — a show to get a sound bite into the next news cycle.
Since then I have followed the political spin as it tilts its way to November. Donald Trump’s entrance into the race, taking control of TV talking heads, making the media his press agent, is true Political Theatre.

After a Trump rally in Lowell, Mass., a father said to his sons, “Now that was entertaining.” His sons agreed, chiming in with their favorite lines from Trump’s speech. In New Hampshire after Bernie Sanders gave a speech, he walked down the stage stairs, and when he saw photographers there he stopped and raised an arm in a power salute.

I want to pull back the curtain and show these politicians as they really are. Even though they are in plain sight, they can hide behind words and carefully arranged imagery to project their vision of America. I am using my camera to cut through the staging of these moments and reveal the cold, naked ambition for power. 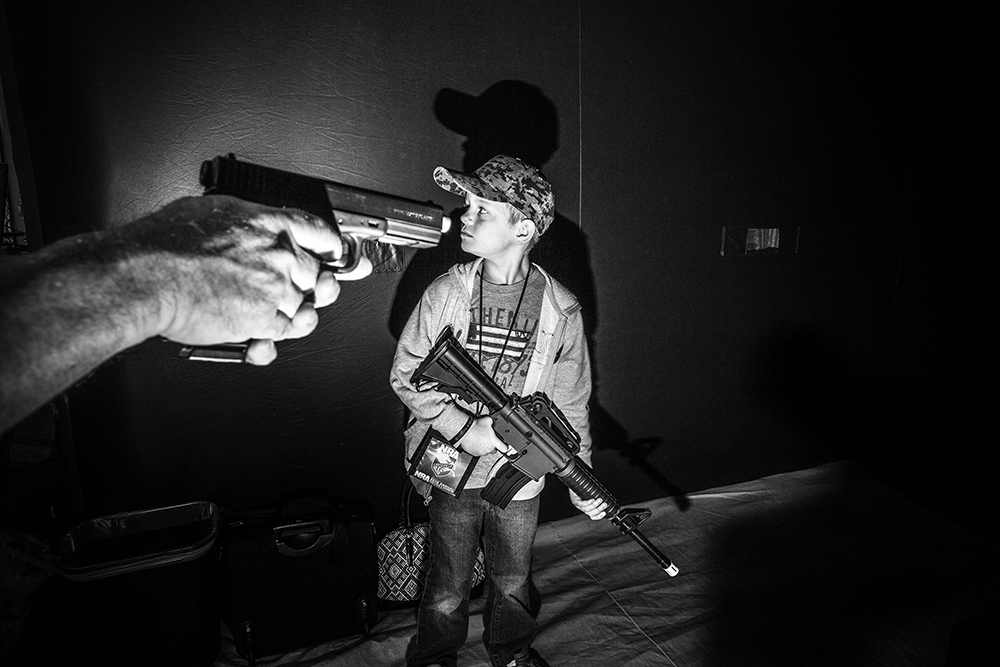 ©Mark Peterson, Political Theatre, A video game for training people how to shoot things at the NRA National Convention in Louisville, KT, May 21, 2016. 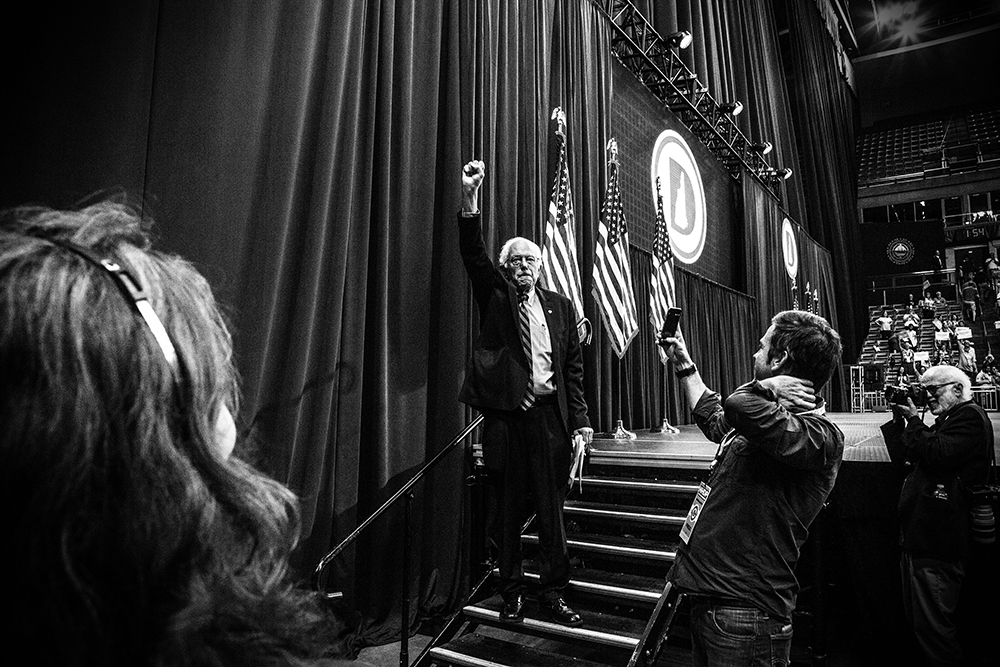 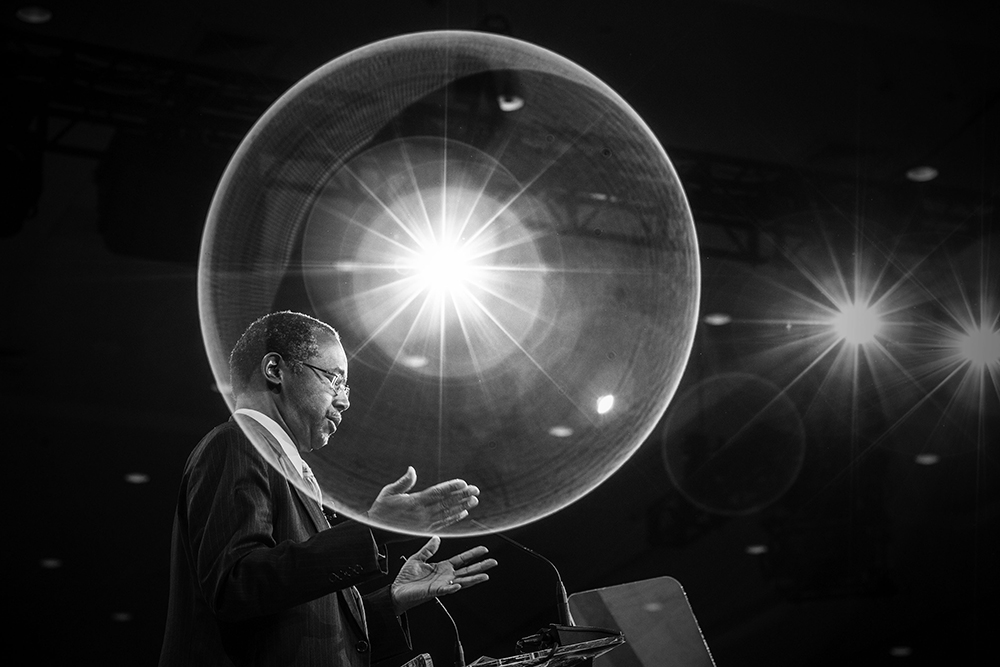 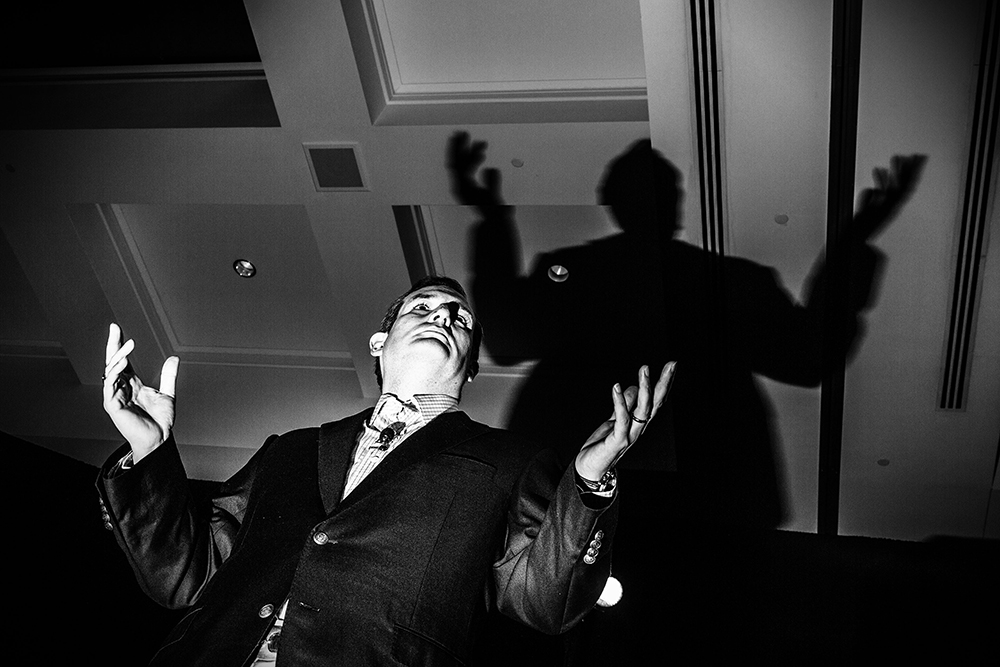 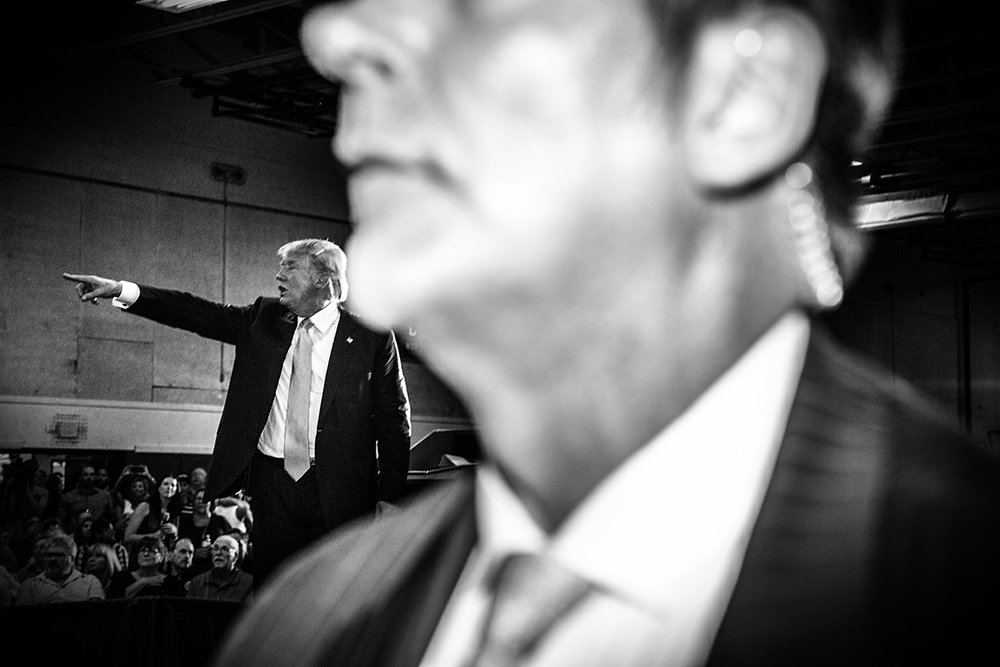 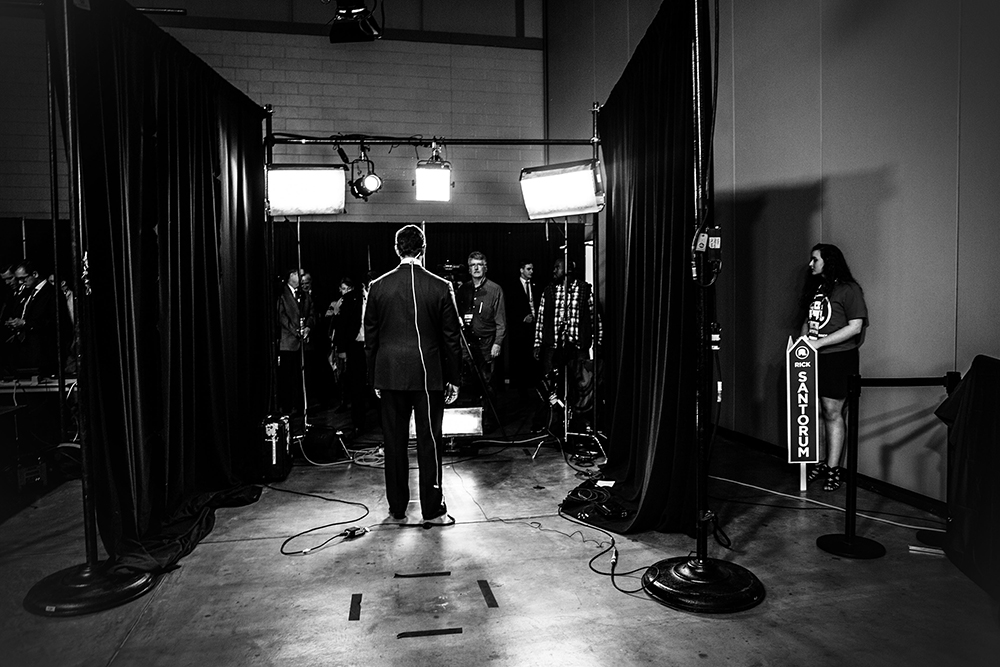 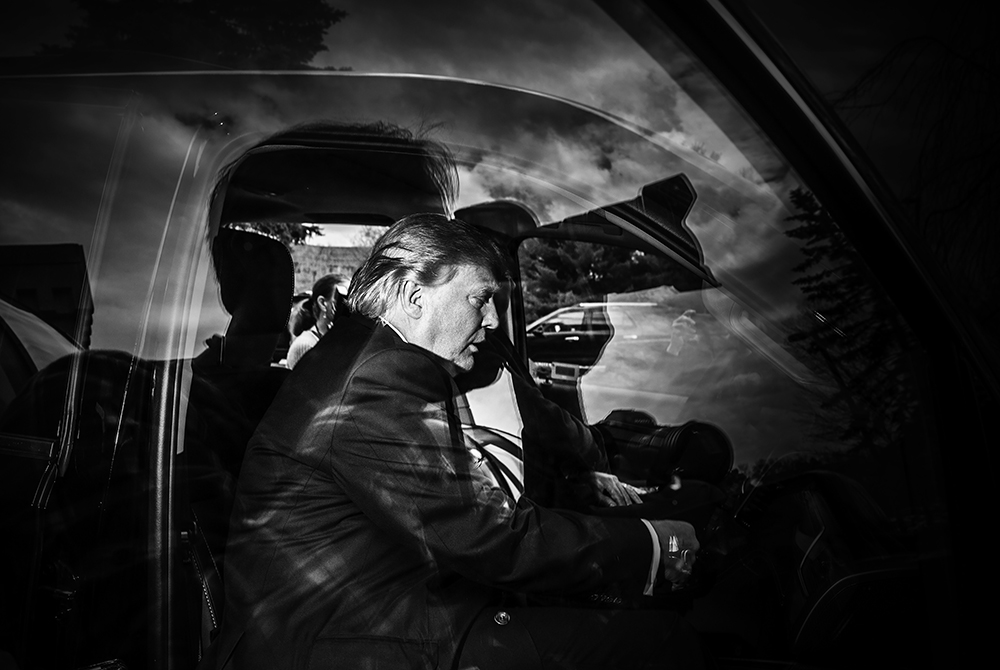 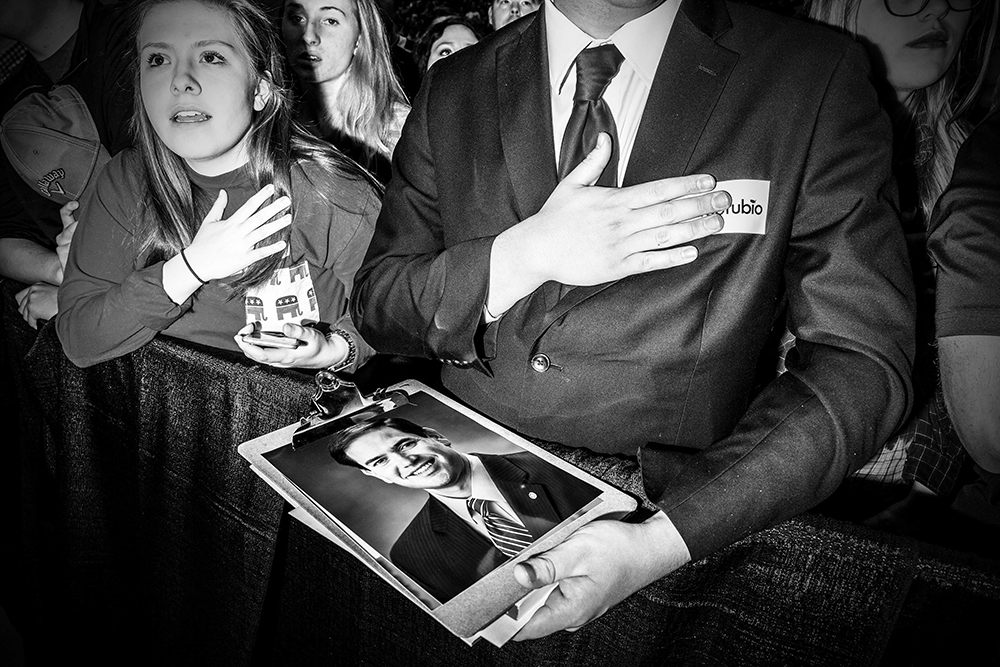 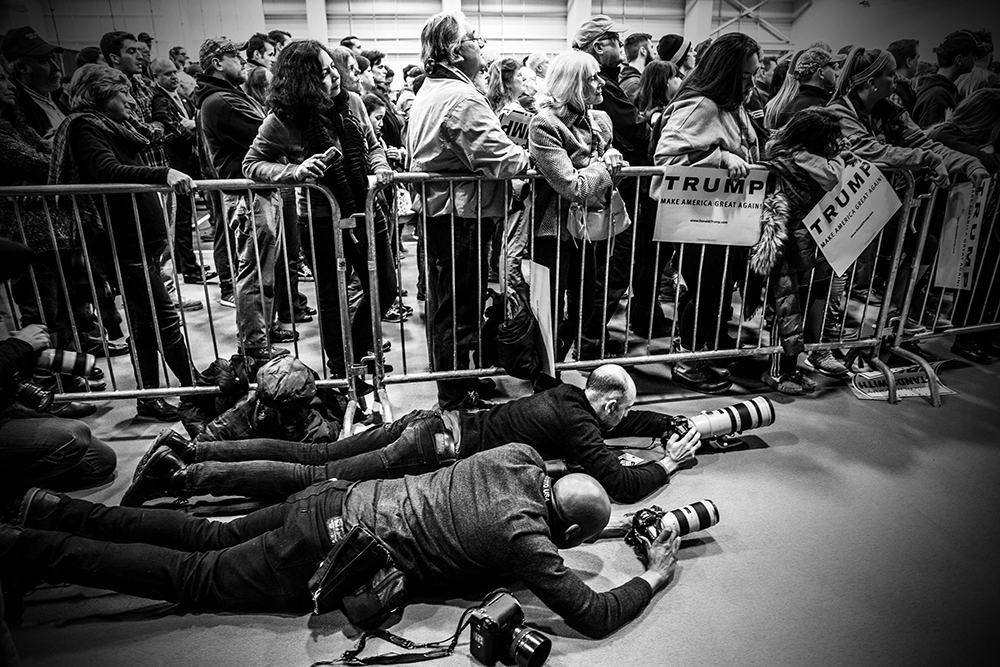 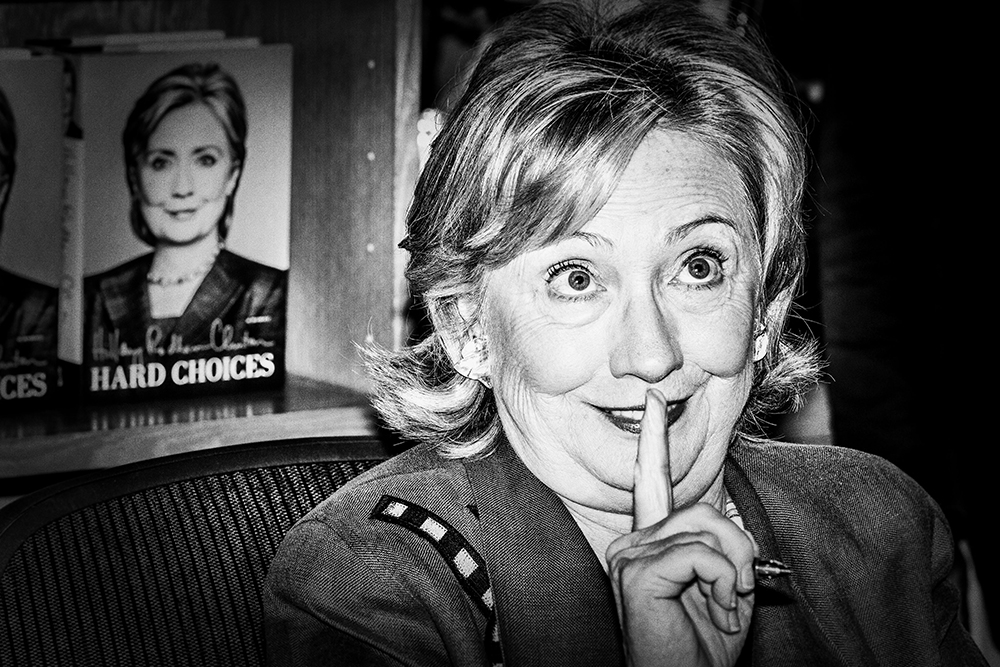 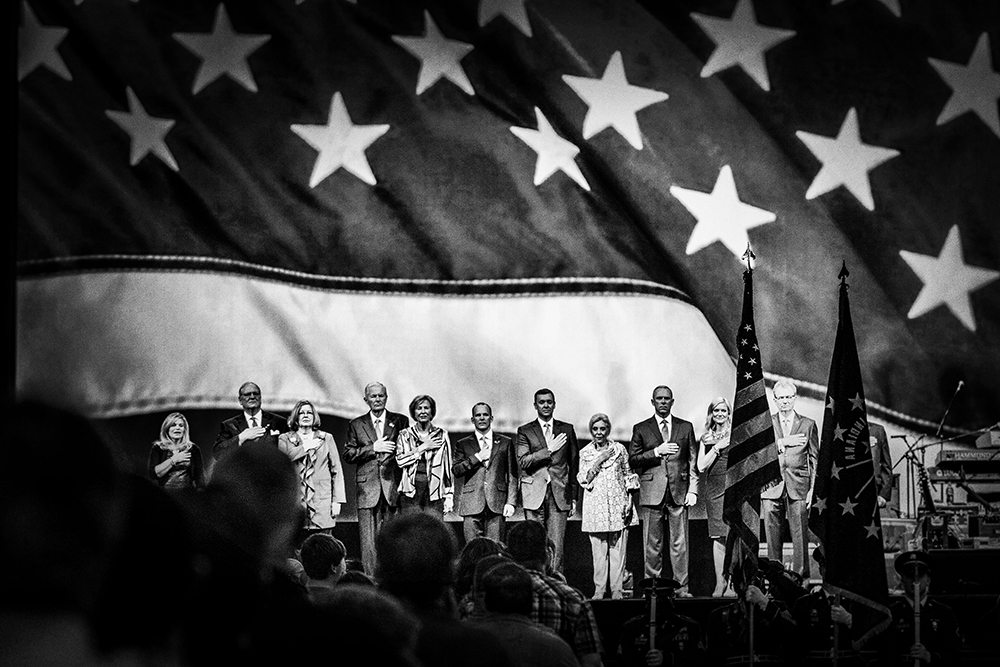 ©Mark Peterson, Political Theatre, The National Rifle Association annual convention in Indianapolis, Indiana. the exhibit hall was over nine acres of guns and products for guns and over 60,000 people attended the convention. NRA stand and fight rally with Sarah Palin. 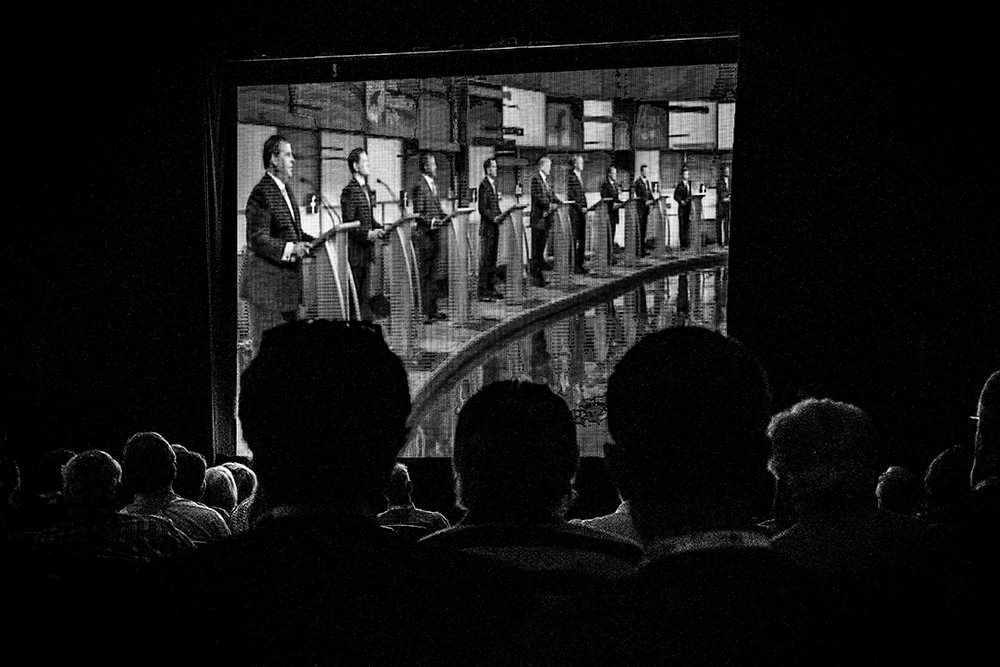 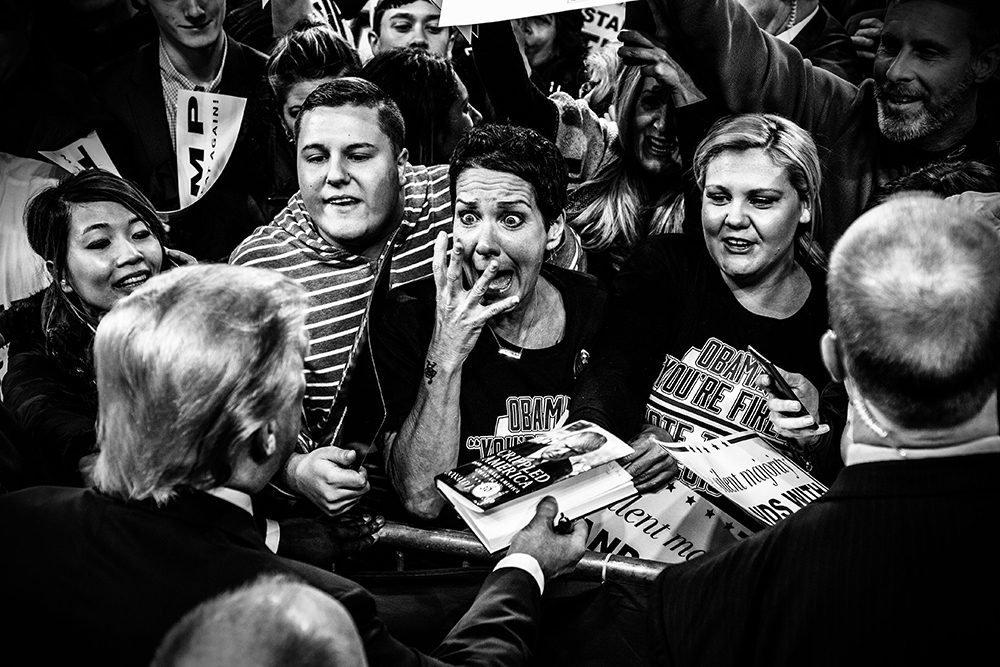