Jeffrey A. Wolin: Pigeon Hill Portraits: Then and Now by Aline SmithsonAugust 28, 2017 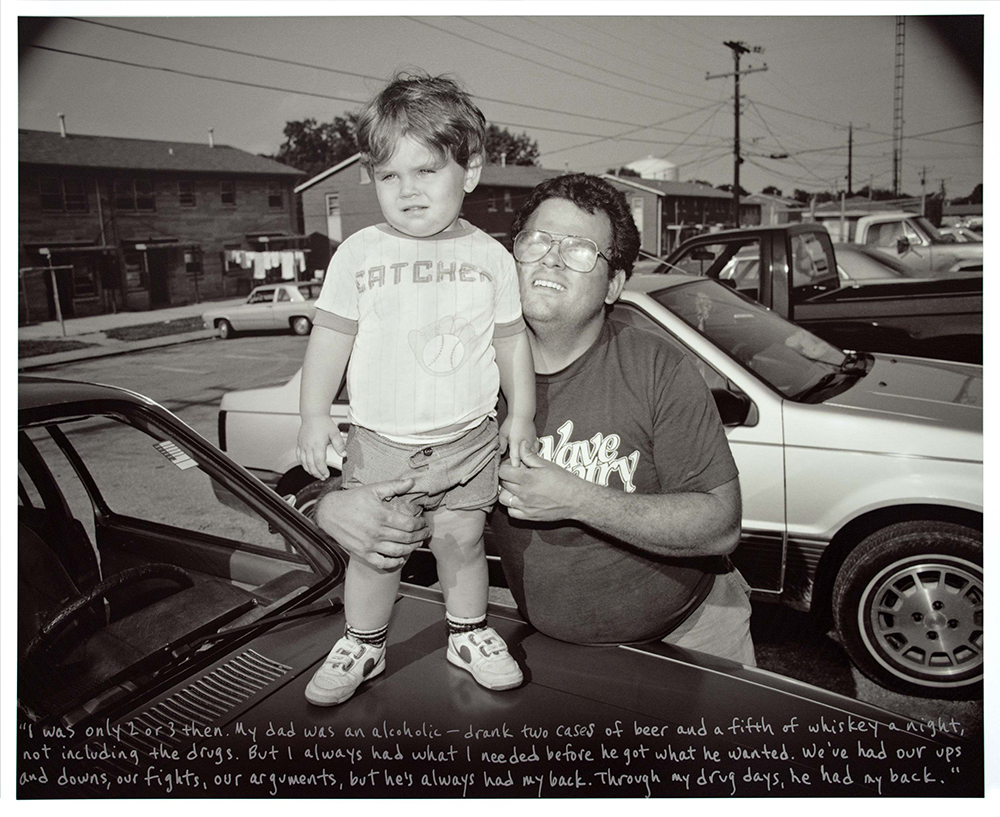 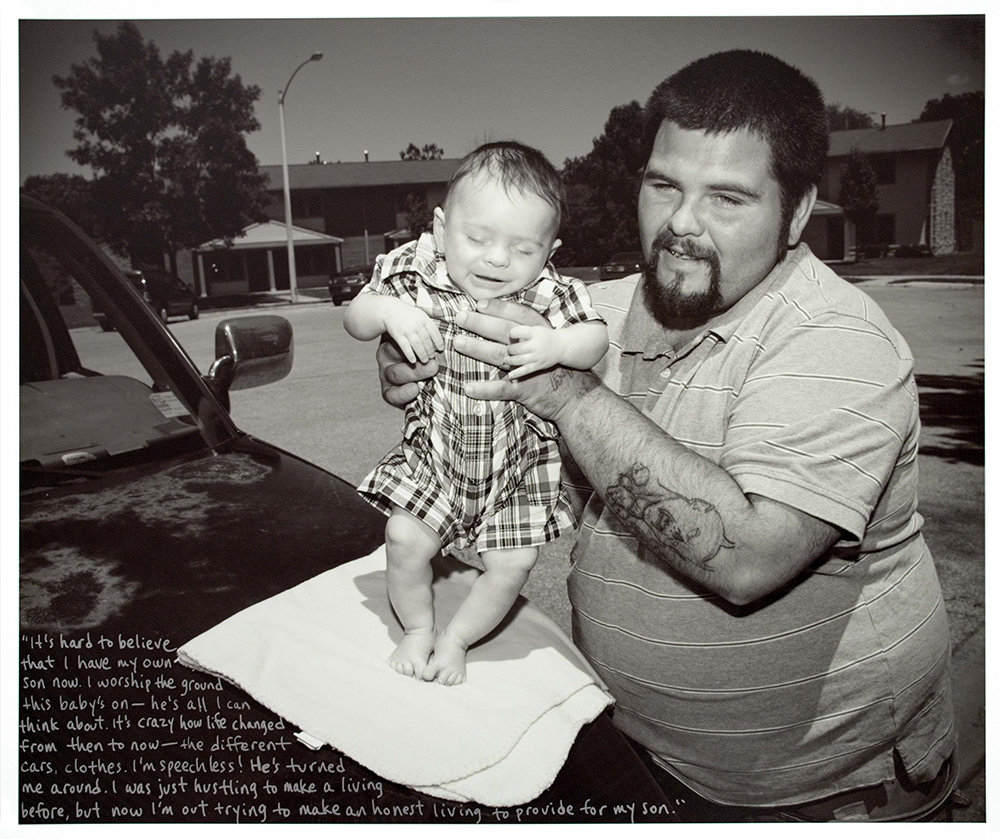 In the good company of film makers such as Michael Apted and photographers such as Nicholas Nixon, artists who revisit subjects over many decades, is the powerful work of  Jeffrey A. Wolin. In the late 1980’s, Jeffrey began photographing the residents of Pigeon Hill, a low-income area in his hometown, Bloomington, Indiana. In 2010, he returned to Pigeon Hill to rephotograph his subjects. The work is a telling and poignant consideration of time passing, of memory, and effects of hard lives and poverty. The photographs are accompanied by hand written text–the subject recalling memories of the earlier photograph and sharing current status on the later image. The photographs from Pigeon Hill: Then and Now have recently been published as a monograph by Kehrer Verlag and the book can be purchased through the publisher or on Amazon.

“It’s endlessly fascinating to see what happens to us over time Speaking about our memories is a creative process that changes and morphs all the time. That isn’t to say they aren’t truthful. Sometimes your memory becomes clearer after some time as well.”

Jeffrey currently has an exhibition on display at Loyola University Museum of Art in Chicago through October 21th. He’ll be doing a gallery talk at LUMA with Catherine Edelman on September 23 at 5pm as part of Filter Festival. This work will also be shown at Galerie Verbeek Van Dyck in Antwerp Belgium, opening September 8th and can be see on German tv here. 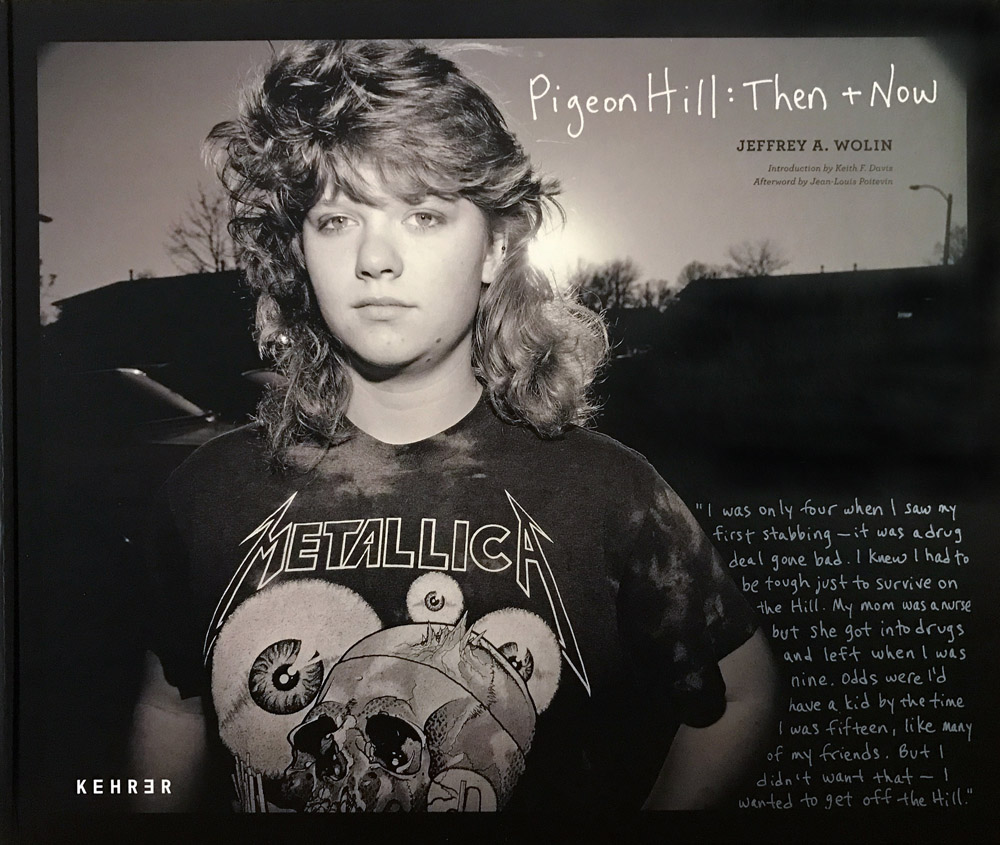 Jeffrey’s TedX Talk about the project: 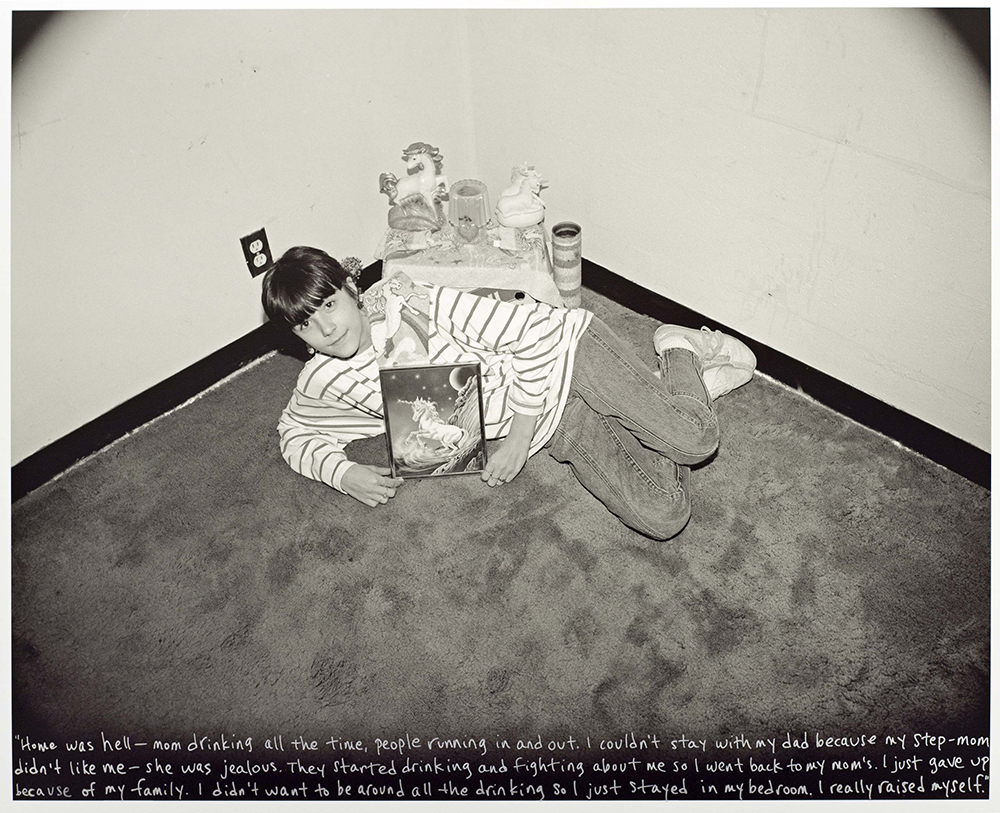 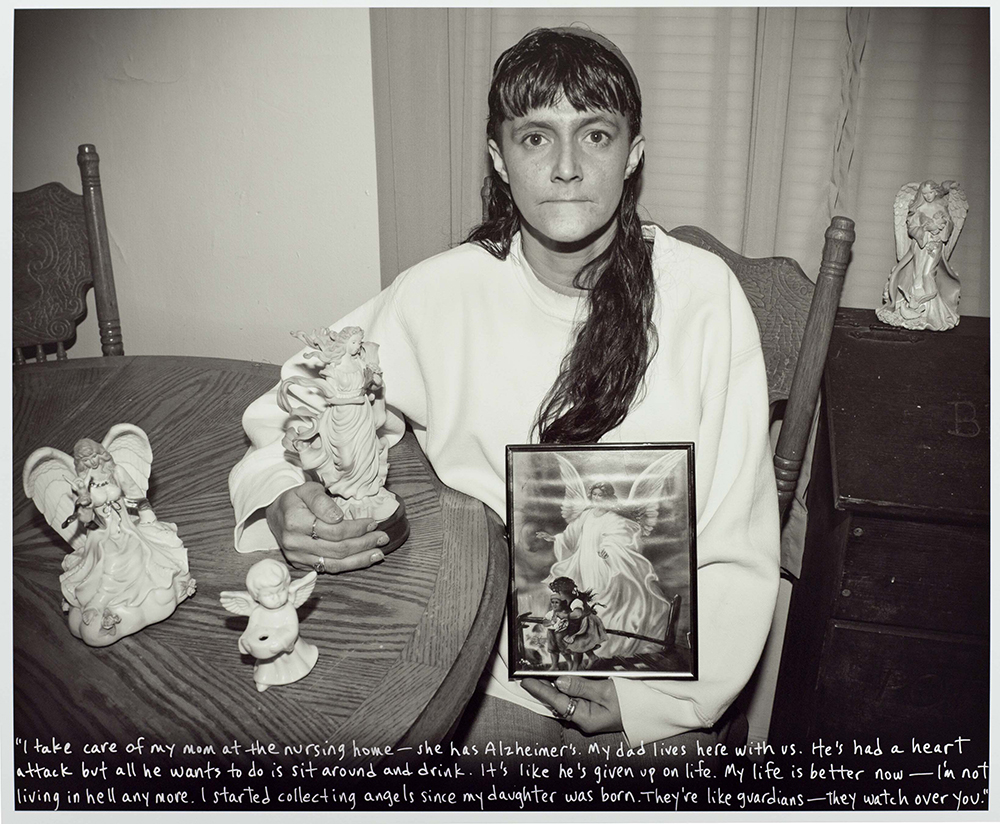 Pigeon Hill Portraits: Then and Now

From 1987-1991, I photographed the residents of Bloomington’s housing projects, an area on the west side known as “Pigeon Hill”. At the time, there was much discussion among politicians and the media about the problems of the welfare state and with crime and drug abuse (the crack epidemic was in full swing) and enduring poverty.

After receiving a Guggenheim Fellowship in 1991, I moved on to two other series which occupied most of the next 20 years of my work: “Written in Memory: Portraits of the Holocaust” and “From All Sides: Portraits of American and Vietnamese War Veterans”. I have a strong interest in memory and trauma and much of my work involves the inclusion of text and image.

In fall 2010, a woman was murdered in Bloomington and her picture appeared on the front page of the local newspaper. I immediately recognized her as the subject of several of my portraits from many years ago and tried to find out more about her life by speaking with her relatives. I realized then that I wanted to locate the residents of the projects that I had photographed earlier and re-photograph them and learn more about how their lives were going, a full generation later. 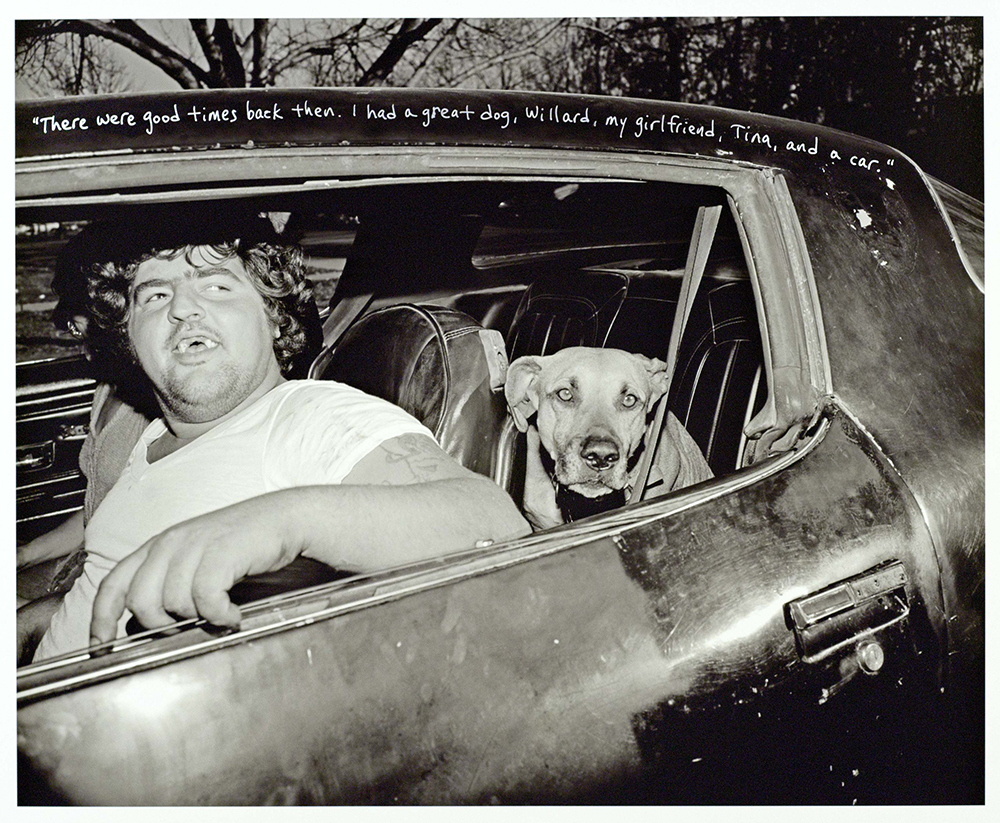 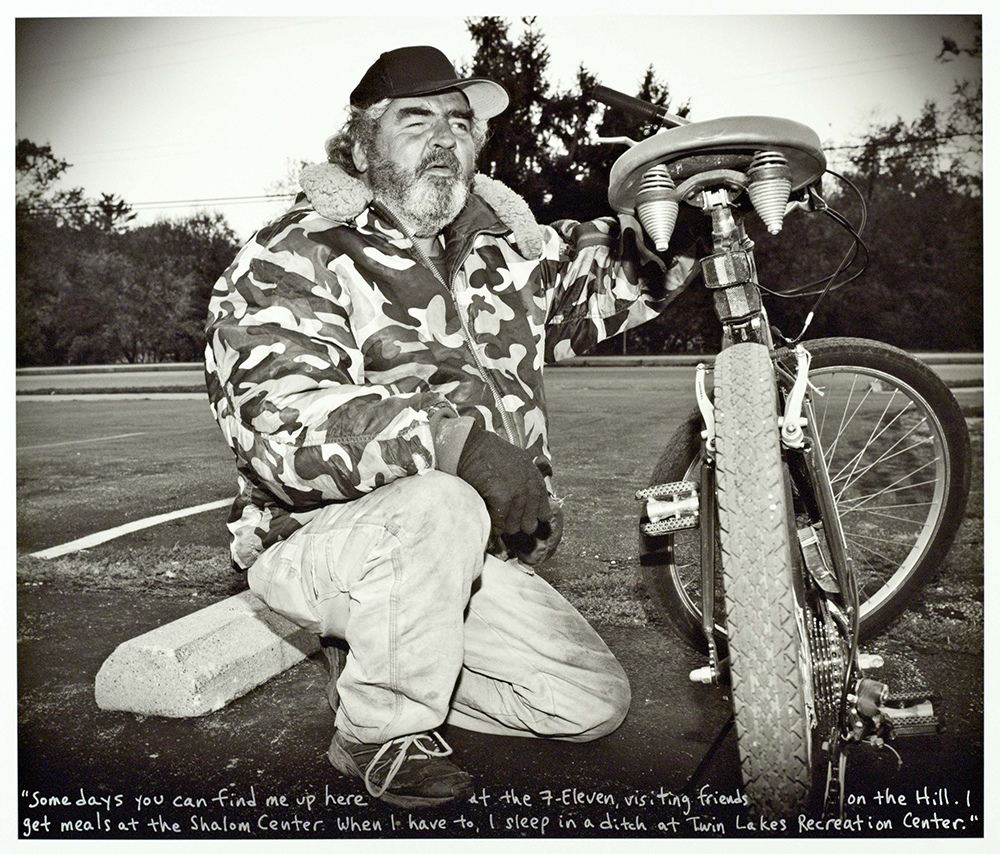 At first it proved difficult to find former subjects. To aid in this process and to pay back the community for allowing me into their lives 20 years earlier, I taught a photography class to kids at the local Boys and Girls Club. After class I would wander the neighborhood with a box of portraits from 20+ years earlier, asking everyone I met if they could identify any of the faces. Eventually I found one of the people I had photographed years ago—it was eerie and thrilling to finally come face to face with someone I had photographed many times in the distant past and to see how her face had changed from a teenager to a grown woman over the course of time.

She helped me find others who in turn put me in touch with still others I had previously photographed. I wound up re-photographing over 100 individuals and made over 3000 photographs, this time with a medium format digital camera. Some still reside on the Hill, while others have moved to nearby apartments or trailer parks. Unfortunately, some are deceased or in prison or moved away and couldn’t be located. 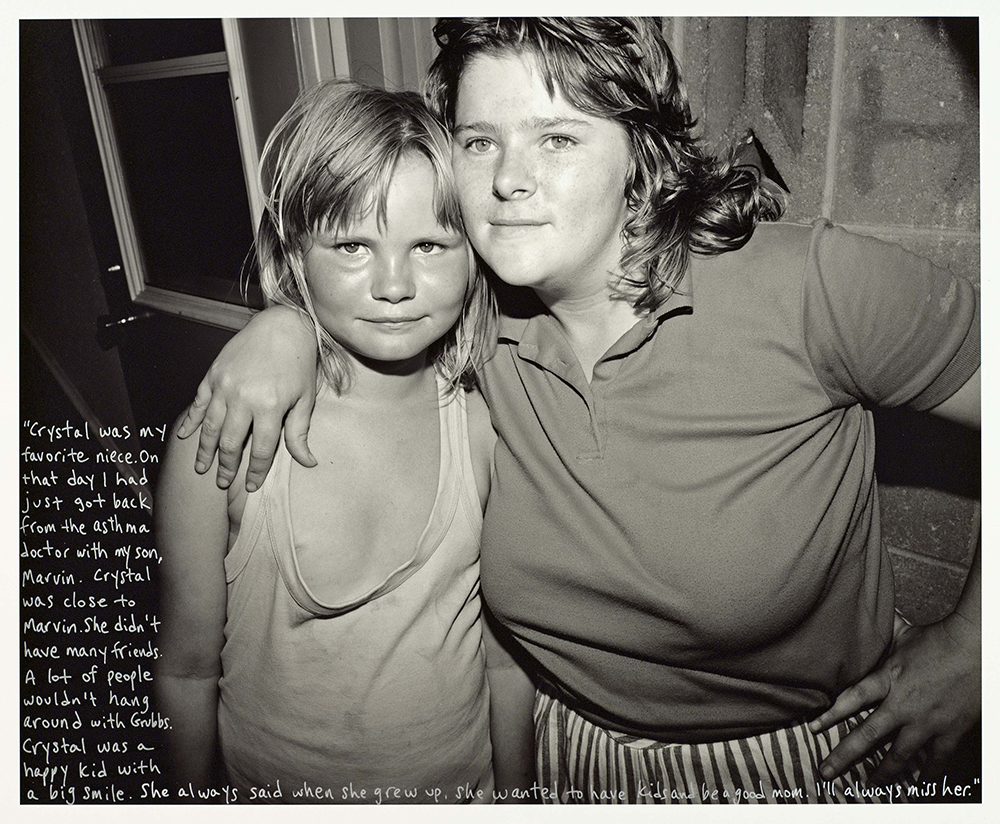 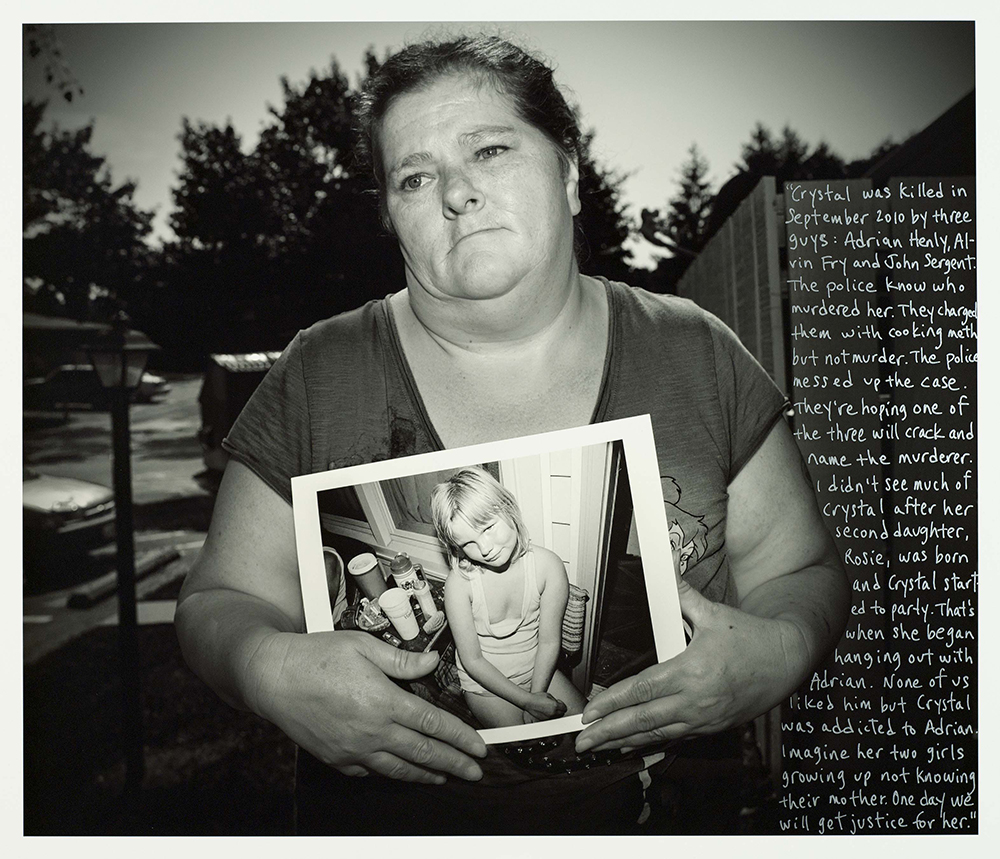 The economic condition of many of these individuals remains poor, while others now live solidly middle-class lives. More than a few of the residents are firmly entrenched in the criminal justice system, usually for non-violent crimes such as lack of payment of child support or drug use—America has the highest incarceration rate of any country in the world. Although these issues are addressed in this series, my main interest is in the faces themselves, especially when juxtaposed with the earlier portraits. One can see the effects of the passing of time and the ways in which life’s experiences (good and bad) are written into these open and expressive faces.–Jeffrey A. Wolin 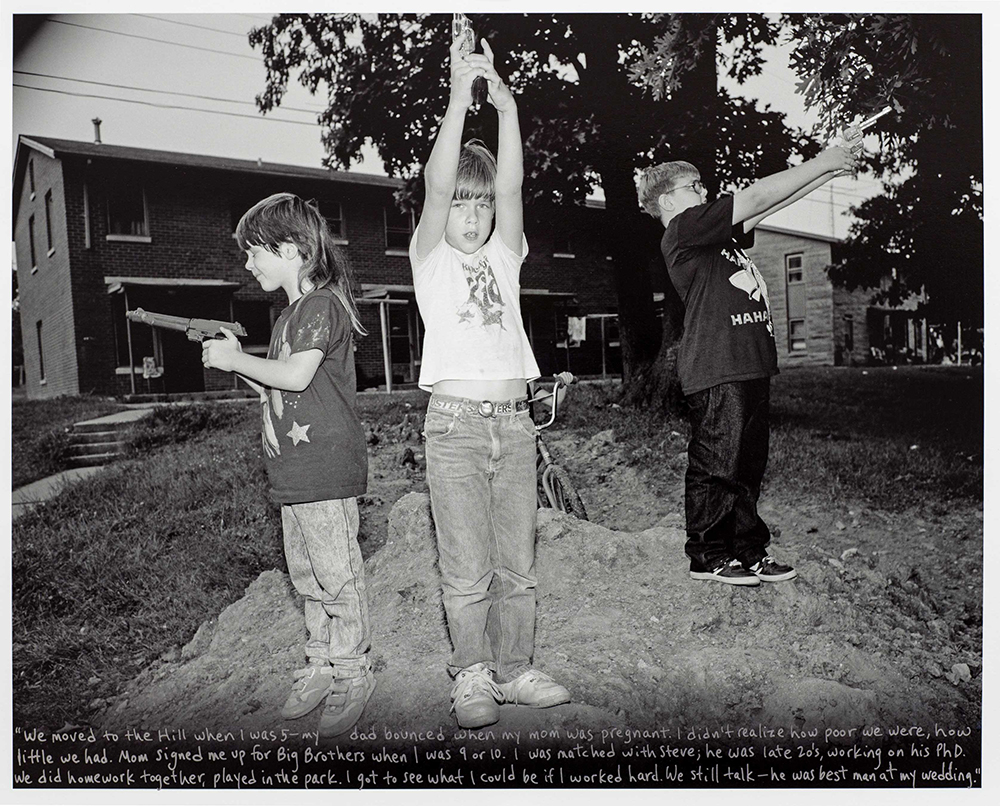 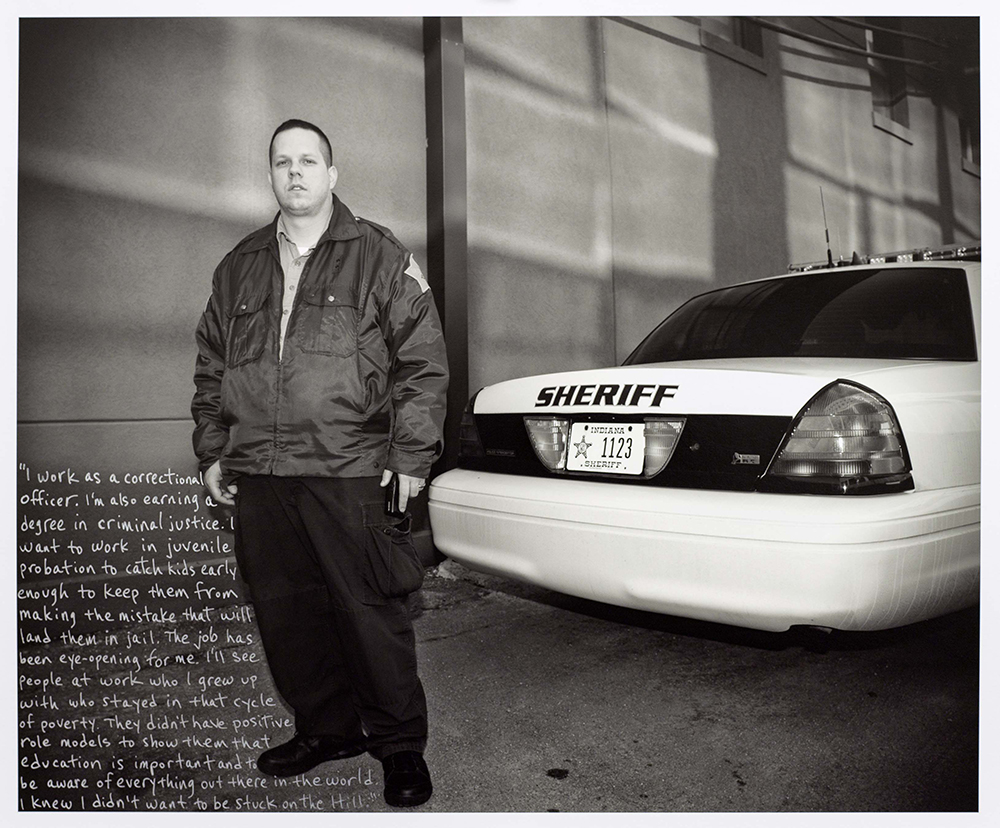 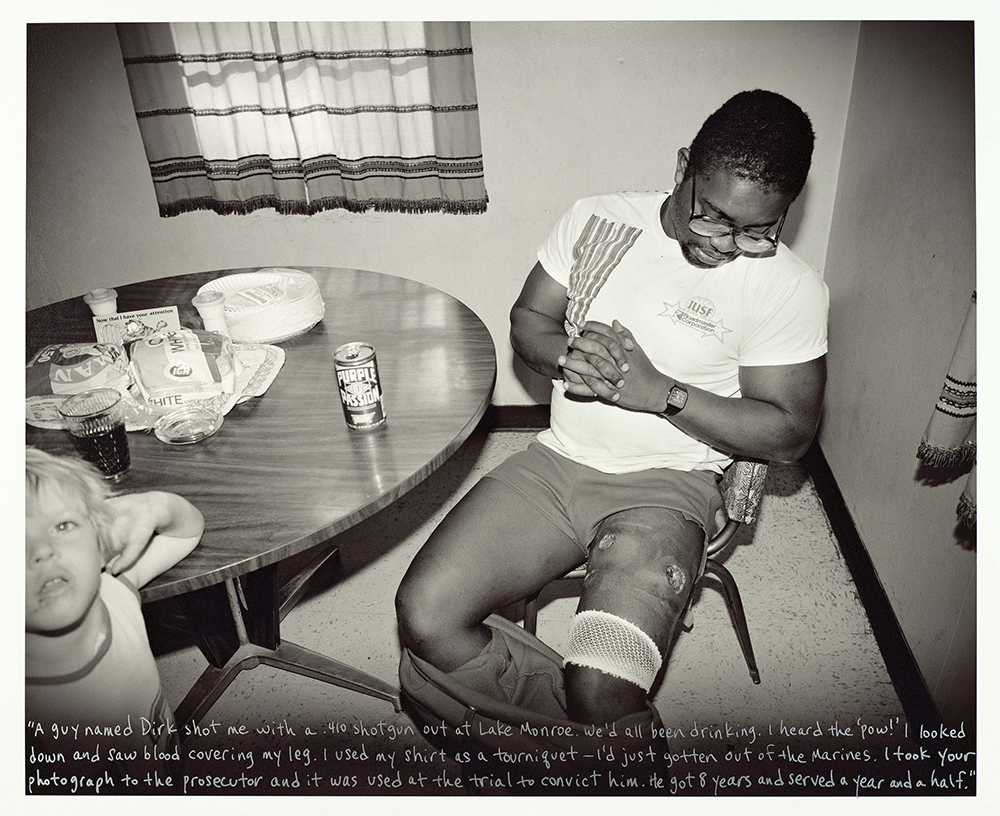 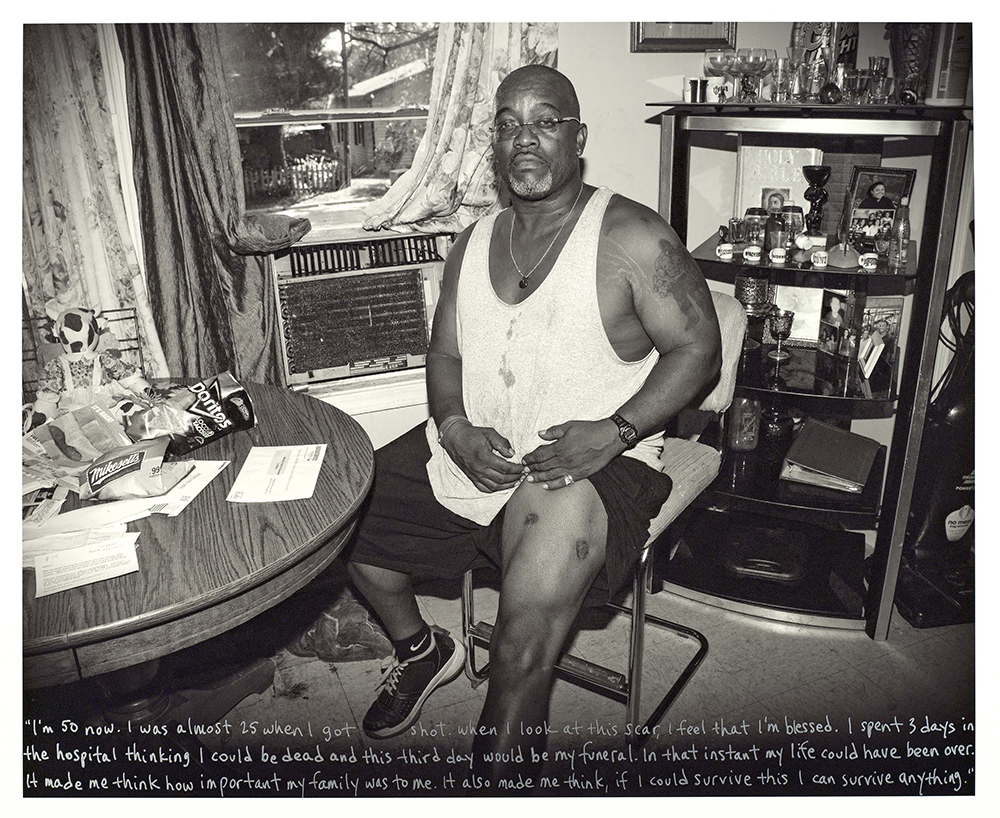 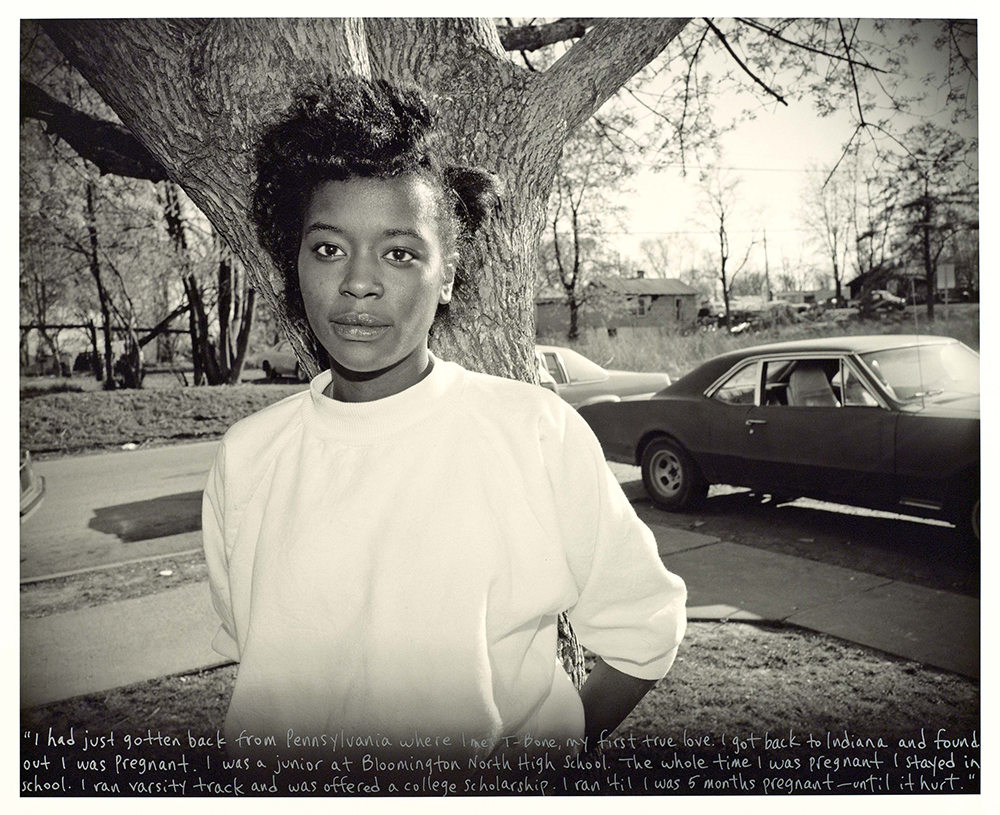 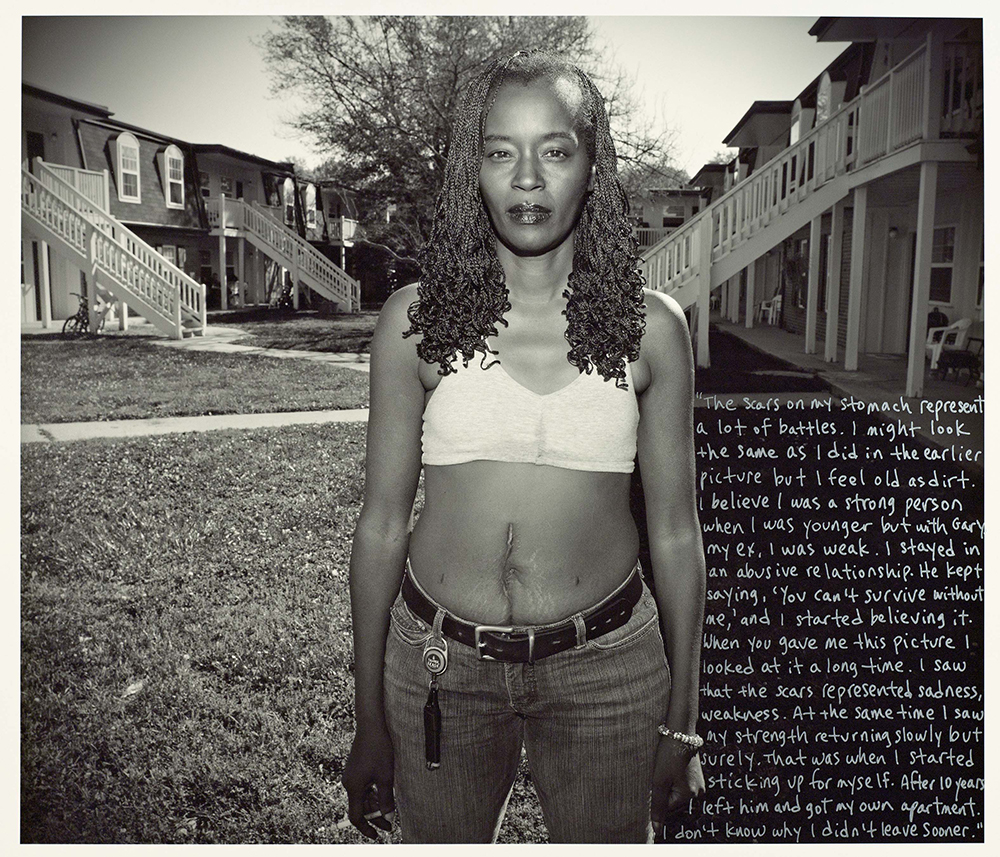 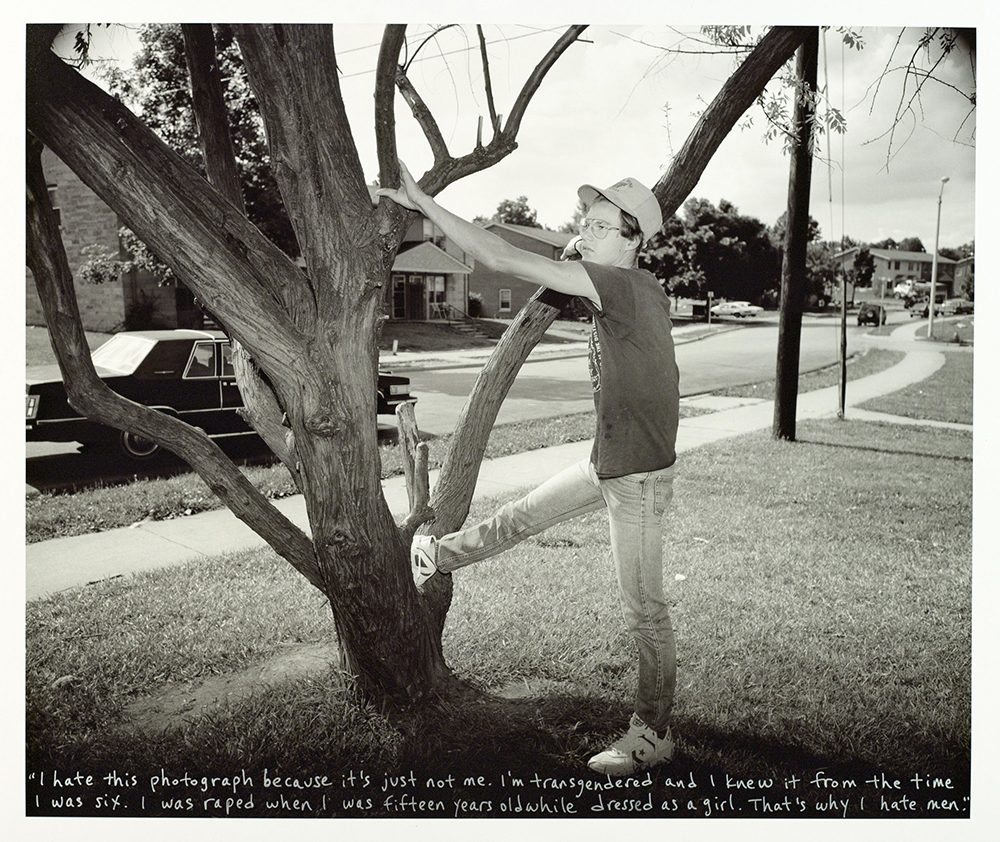 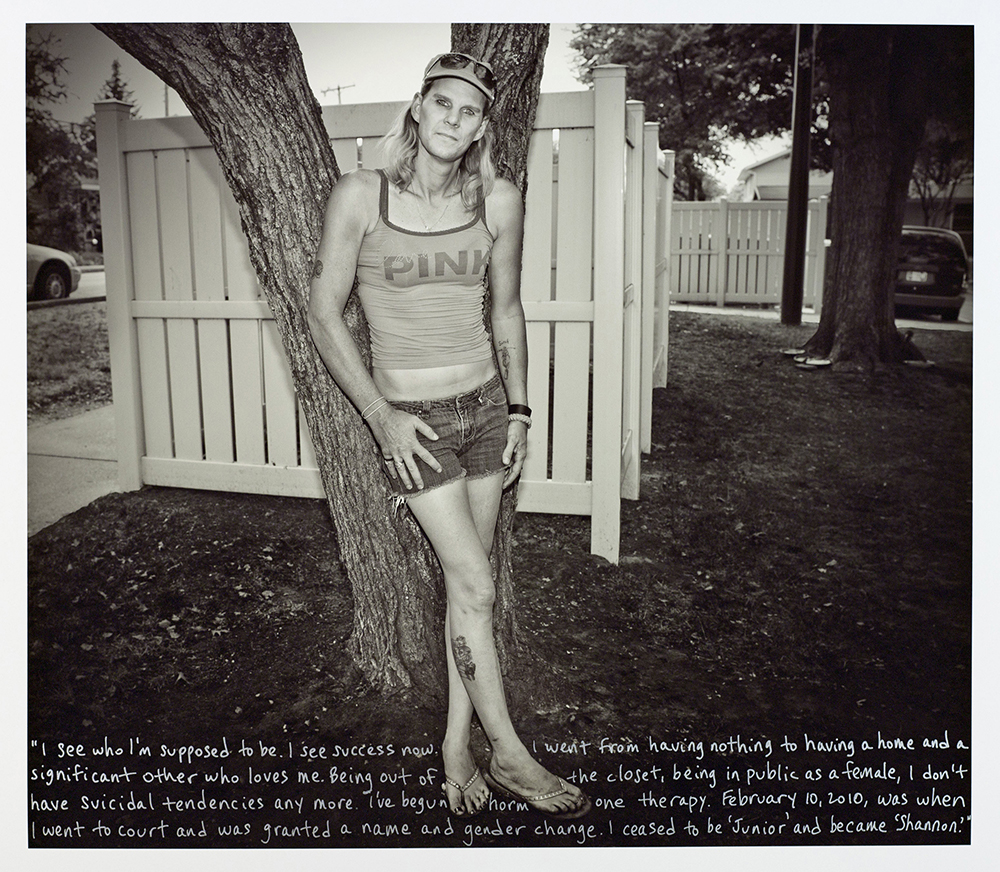 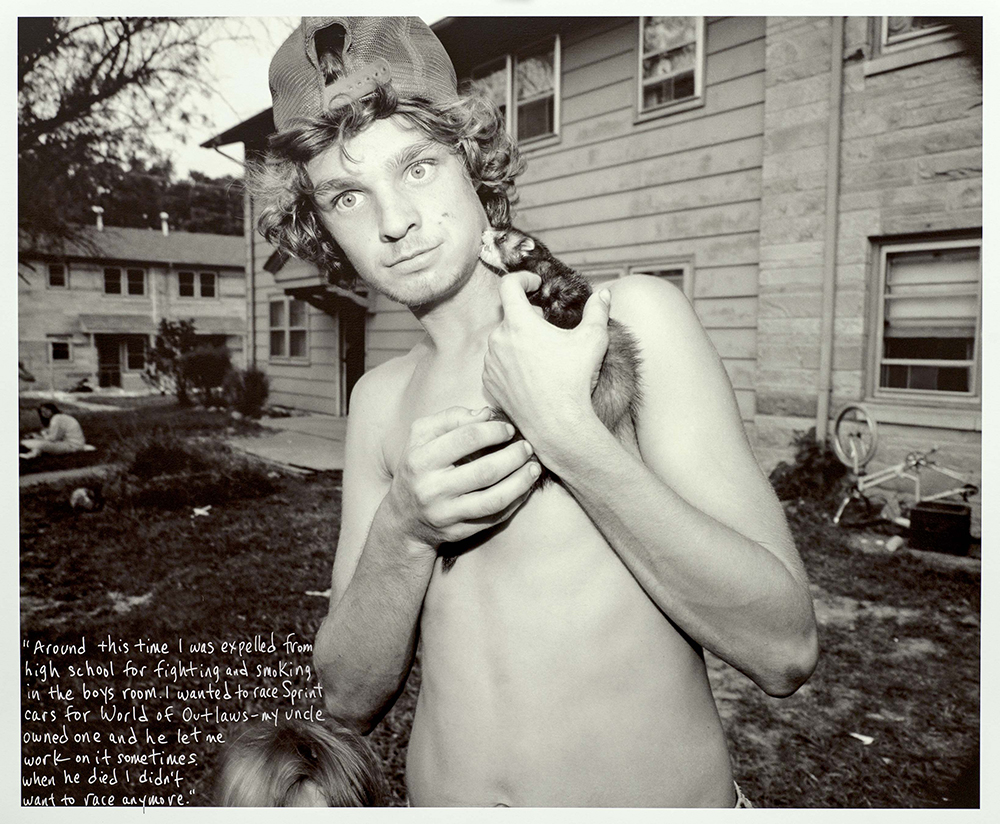 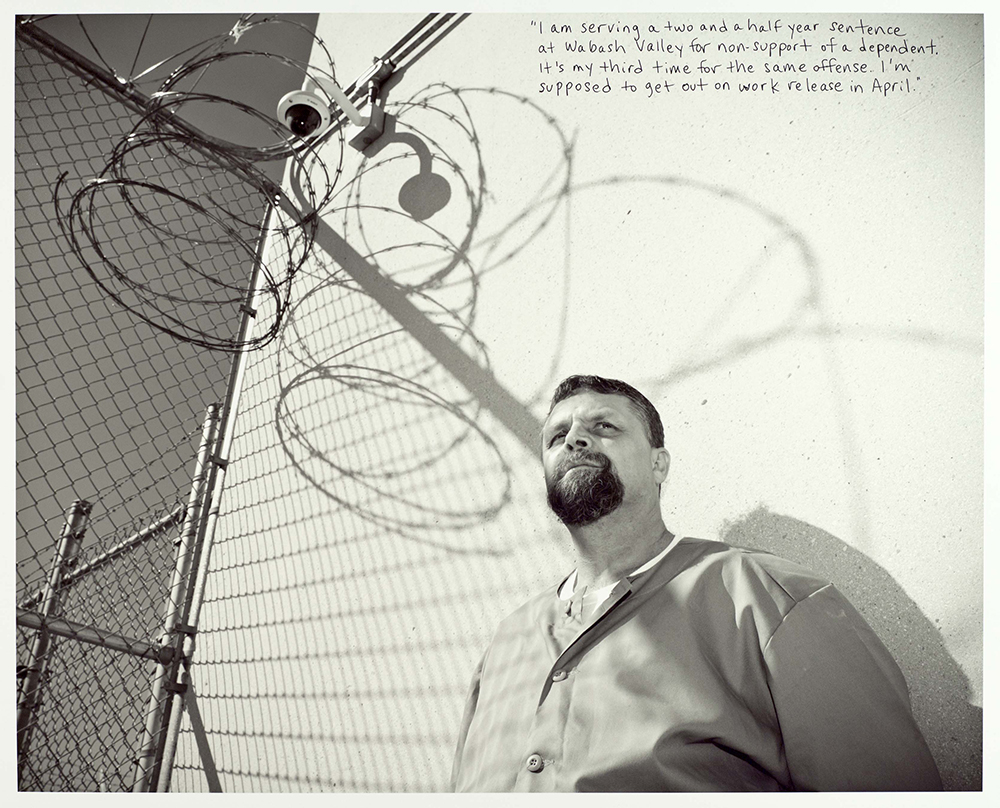 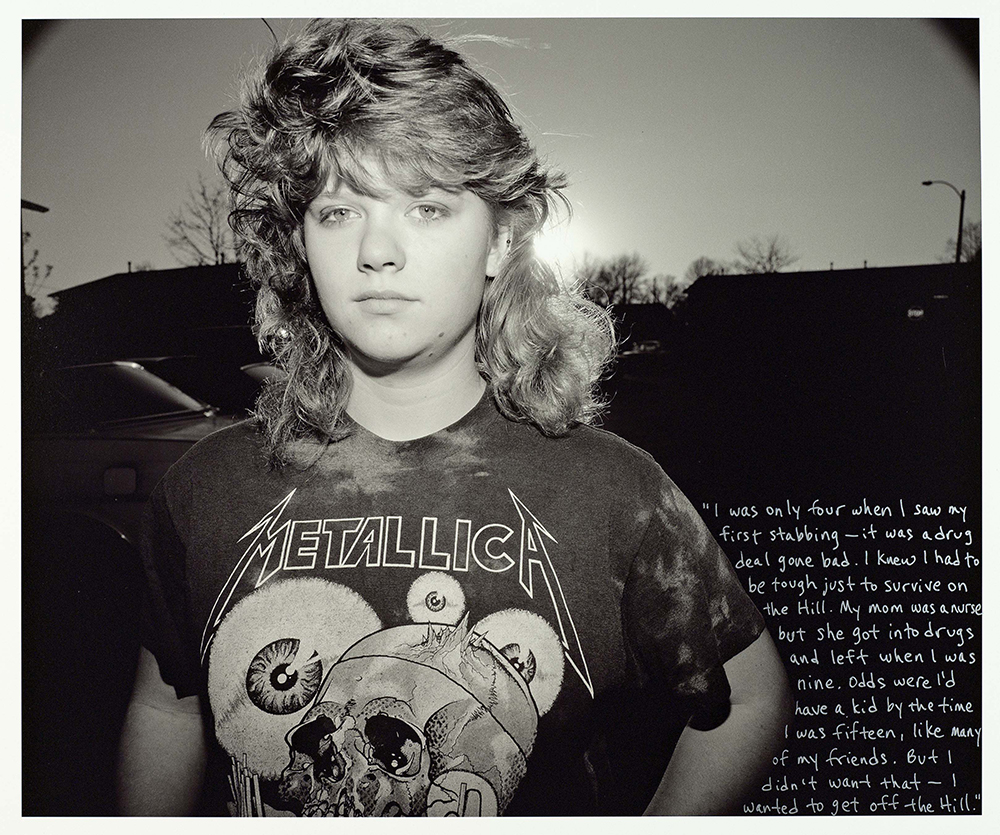 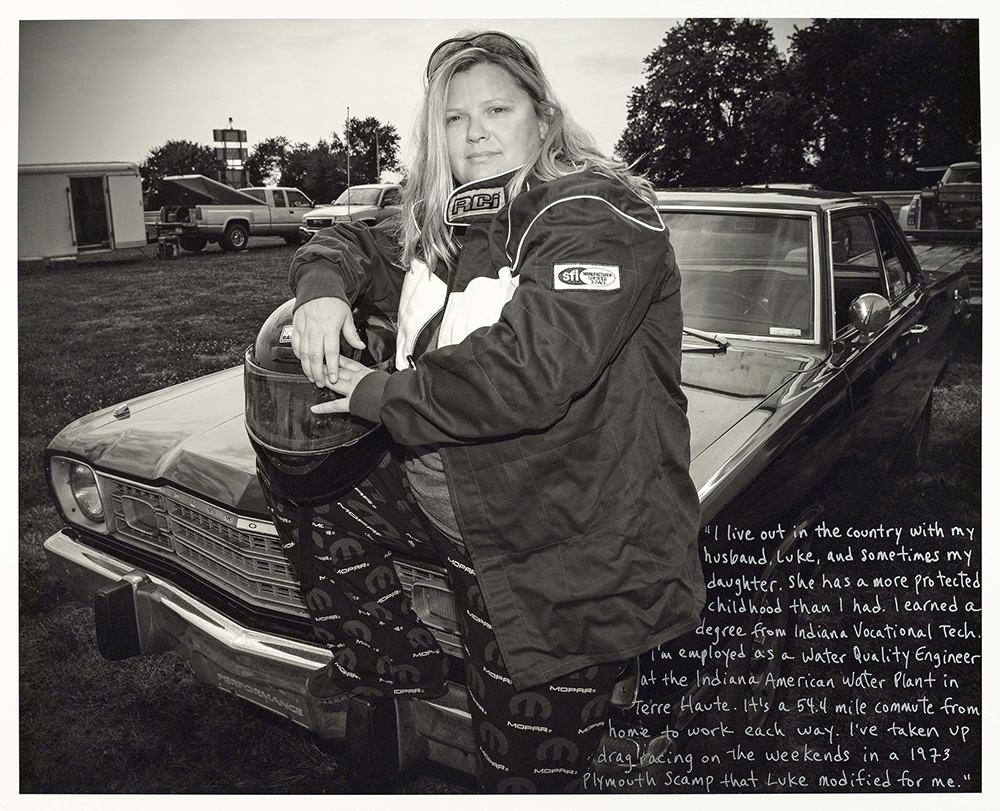