Debbie Miracolo: Imagined Moments from the Porch by Aline SmithsonMay 25, 2021 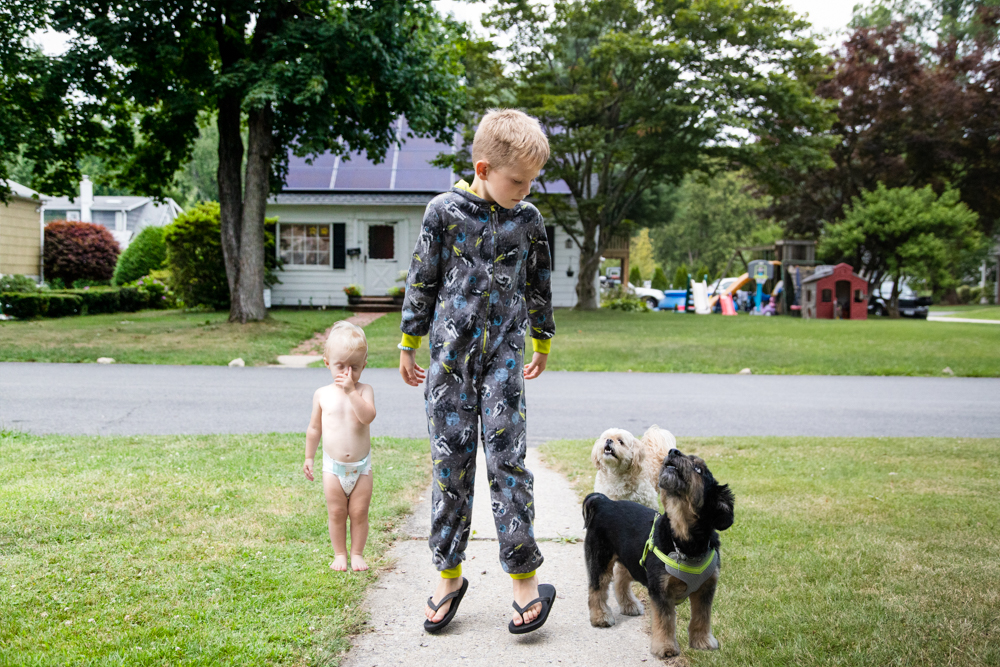 ©Debbie Miracolo, I used to float

Over the last year, I have seen and featured a variety of projects created during the pandemic. When Debbie Miracolo shared her project with me during the virtual Month of Photography Denver Reviews, I was intrigued by her perspective on the subject. For her series, Imagined Moments from the Porch, she rooted herself to her front porch as an observer, documentarian, and artist. This vantage point allowed Miracolo to consider not only her neighbors passing in front of her house, but the idea of time and happenstance. Miracolo intervenes with the tableaux by rearranging the action, compositing her subjects like pawns on a chess board, moving them into new relationships of action and levity.

Debbie Miracolo is a New York photo based artist interested in transition and aspects of time. A former graphic designer with a BFA from Rochester Institute of Technology, she creates inventive images with sharp attention to detail and composition, often sprinkled with emotion and whimsy. She attributes her imaginative outlook to an introverted only-childhood infused with make-believe worlds. By transforming rather than documenting truth, her interpretations of humanity, nature, and train travel serve as seductive invitations to linger, question, and weave a story of one’s own. Her most recent projects have undertones of social issues; elements which will likely be evident in her future artistic ventures.

Miracolo’s work has been exhibited in numerous galleries in New York City, Boston, St. Petersburg, Fl. and Middlebury, Vt. In addition, it has been published in a variety of publications at home and abroad. 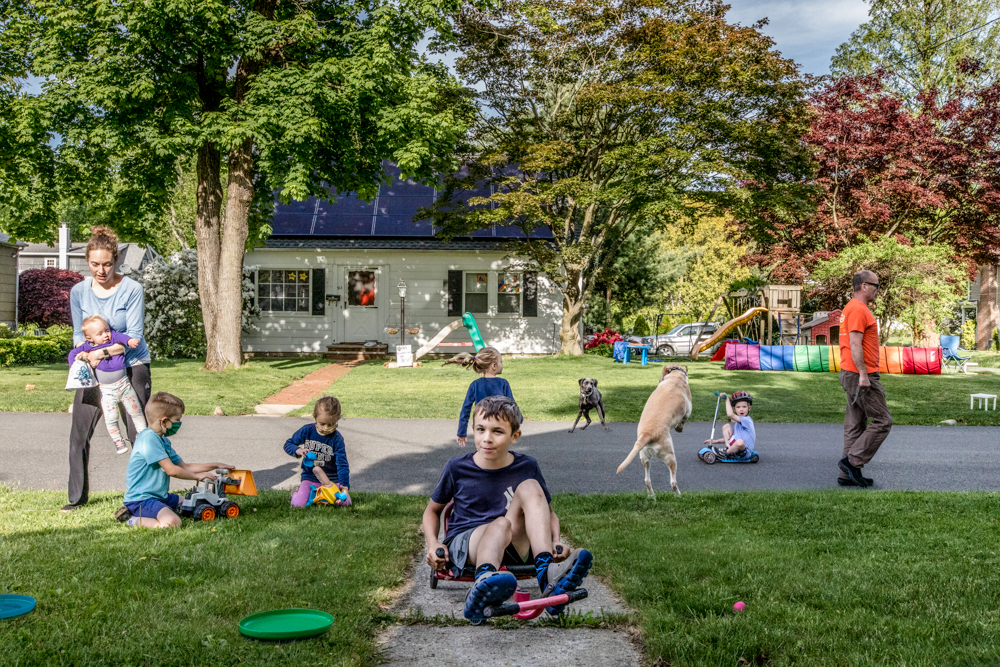 Imagined Moments from the Porch

On the surface, Imagined Moments from the Porch is a series of photo composites in which neighbors in front of my house have been rearranged in invented juxtapositions. Within the fictional compositions, however, are intertwined layers of meaning which consider themes of confinement, relationships, separation, and aspects of time, all of which were glaringly spotlighted by an out-of-control virus.

It was a bewildering world I found myself in during the first chaotic months of the Covid-19 outbreak. With most of us obediently sheltered in place, cars sat unused in driveways while pedestrian traffic increased remarkably in my quiet town. From my front porch I observed the phenomenon with curiosity, and was inspired to use that seed of an idea. It became a way to ground me, to escape my catastrophizing thoughts, and paradoxically, it connected me with people.

The photographing took place from May through September 2020, when the profound changes in our lives were as yet unfamiliar and the initial shock was still fresh. By intermingling people and objects from separate days within a repetitive, fixed setting, new scenes were created in which the comforting, linear direction of time no longer exists. Much like my own sensation of being suddenly dropped into a confusing parallel universe, my neighbors in these images find themselves in a similar surreal situation.

As one viewer remarked, “People walking by become randomly part of it…but they don’t know what part they will play in the end….”

As the virus numbers climbed, and social and political unrest became more and more alarming, I disassembled and reassembled in increasingly incongruous ways. It was cathartic and at times amusing to control reality in this way, and to depict my off-beat view of those baffling and bizarre days. 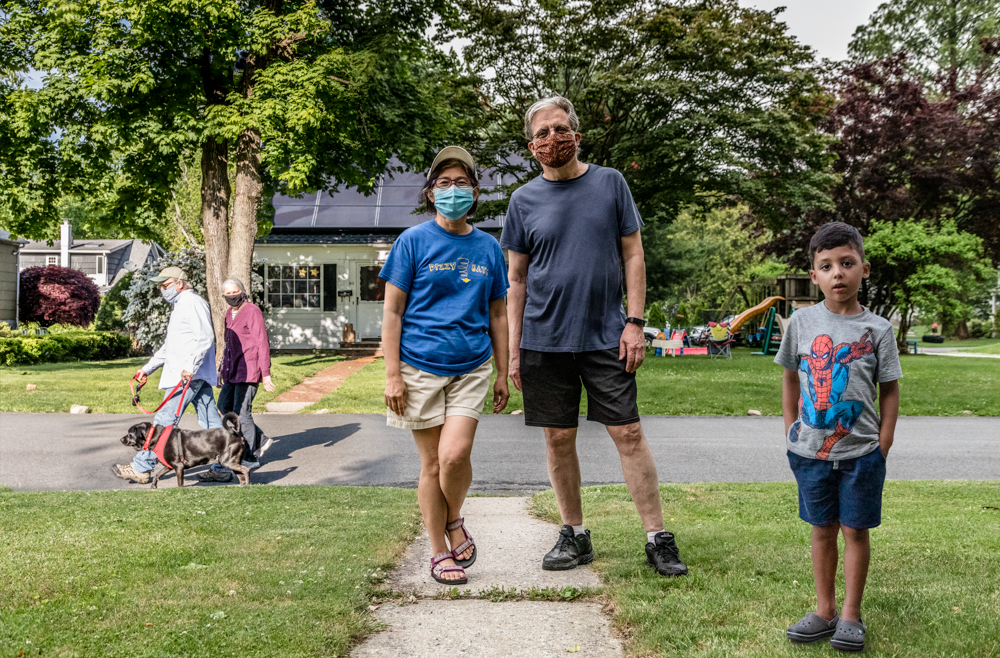 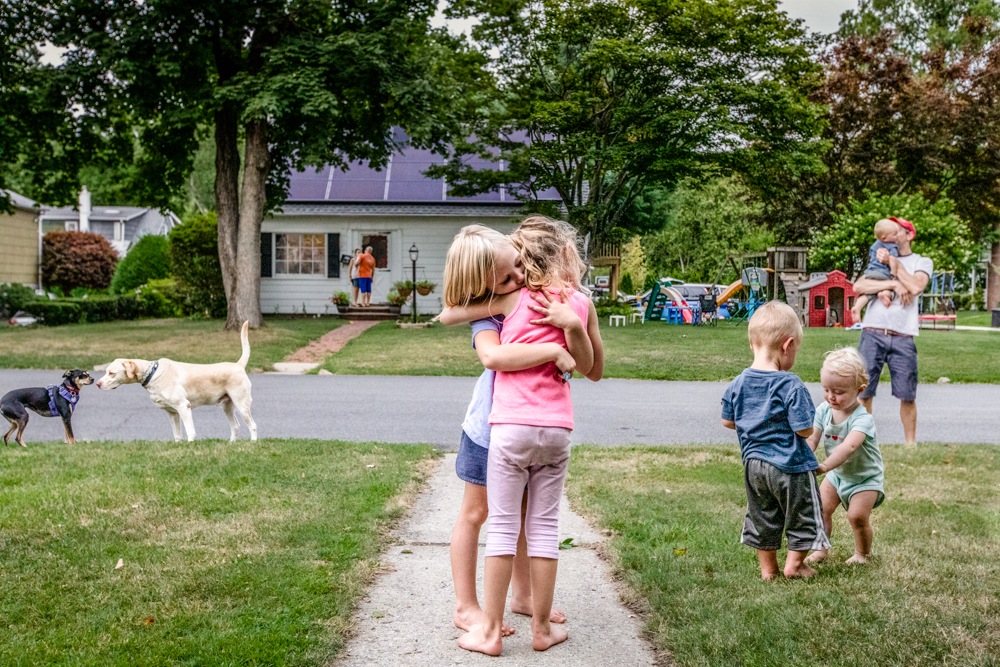 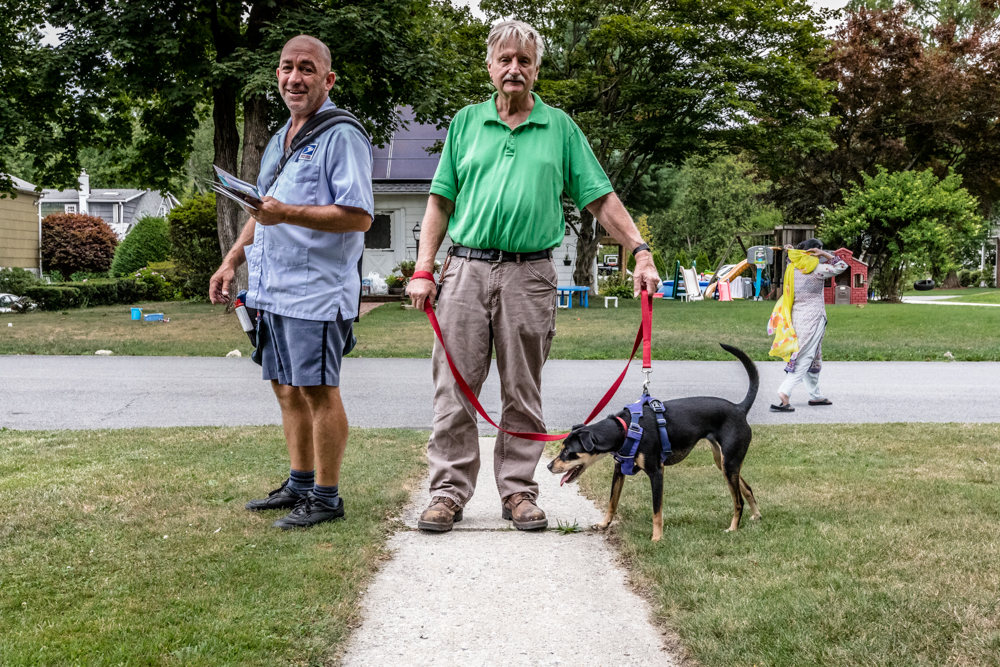 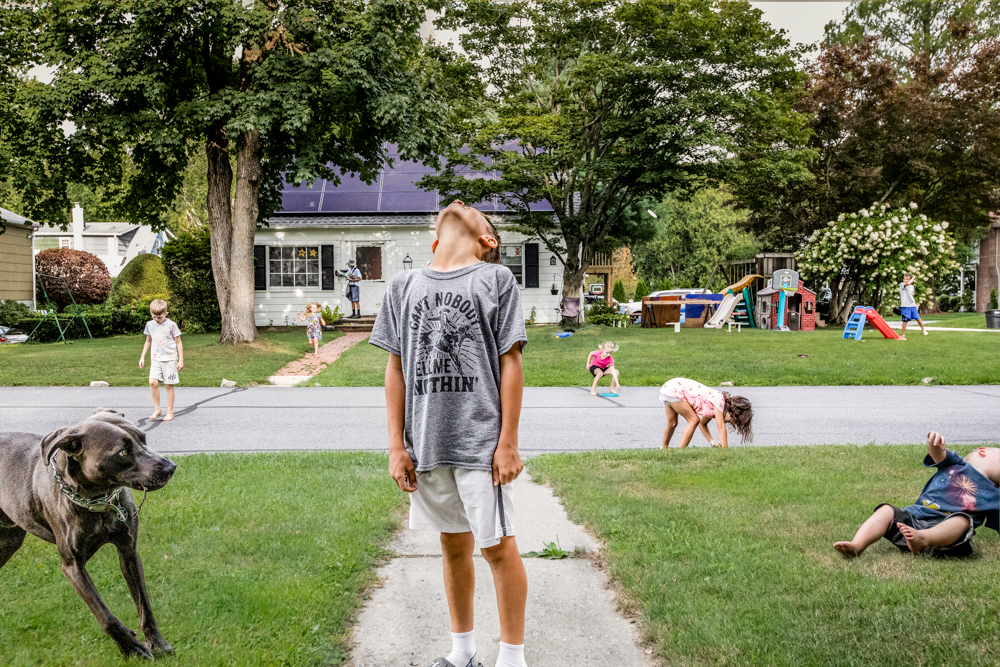 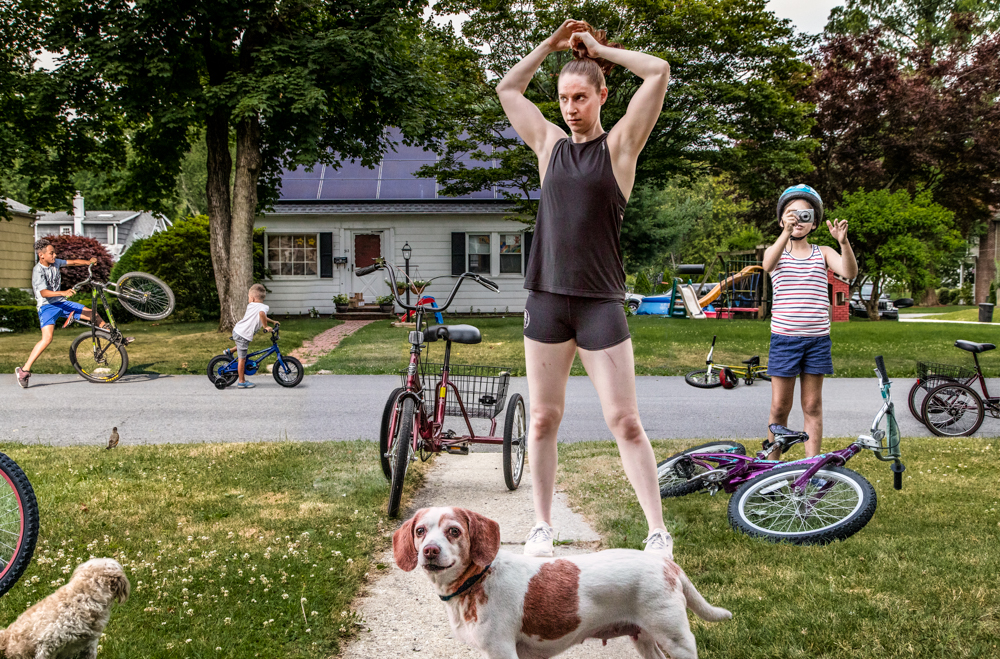 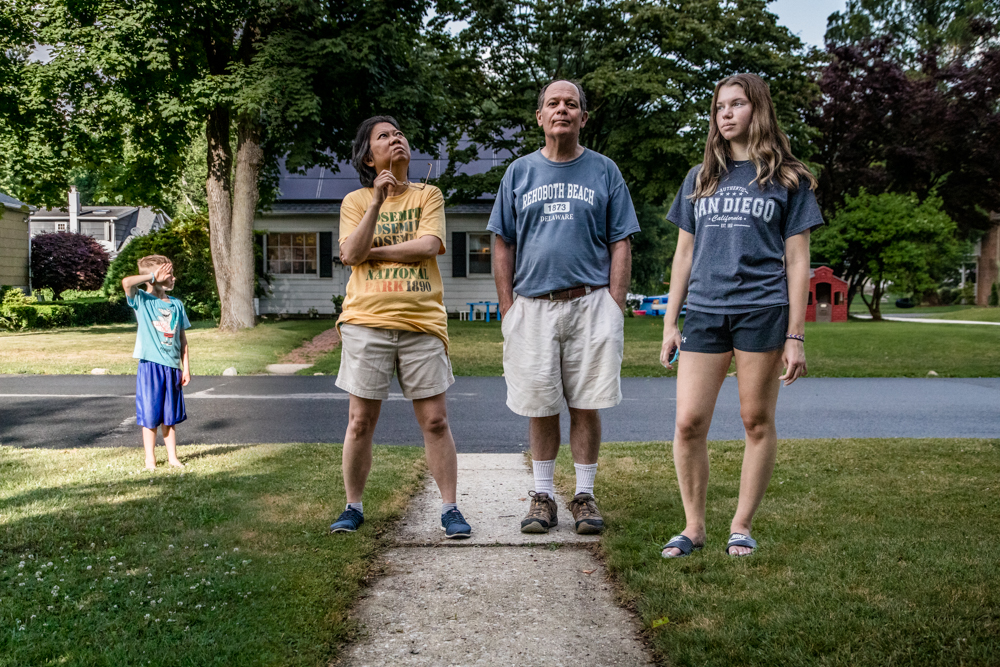 ©Debbie Miracolo, Far away is farther 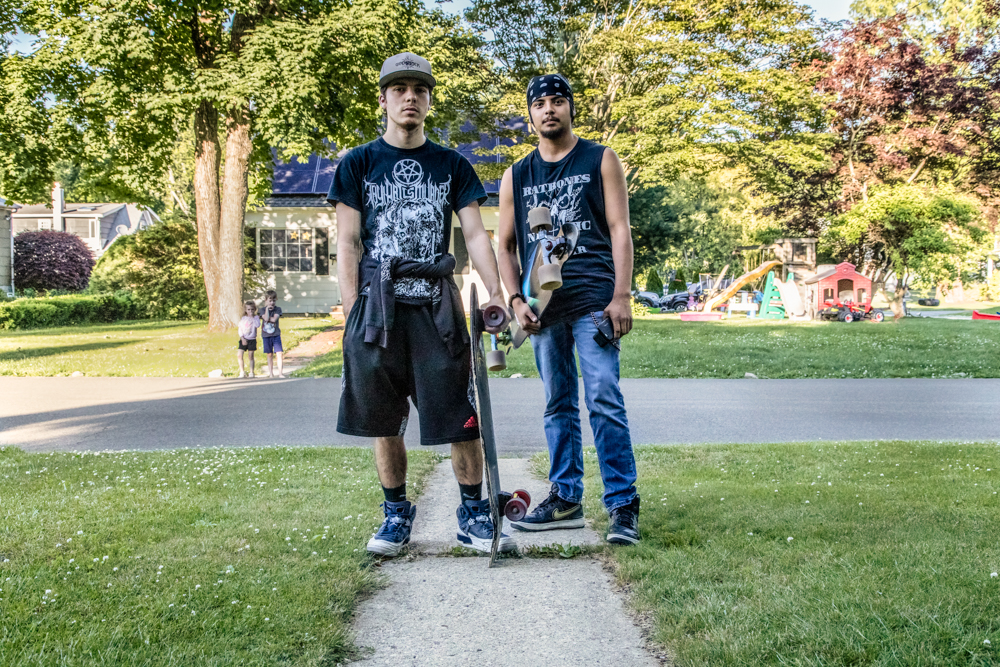 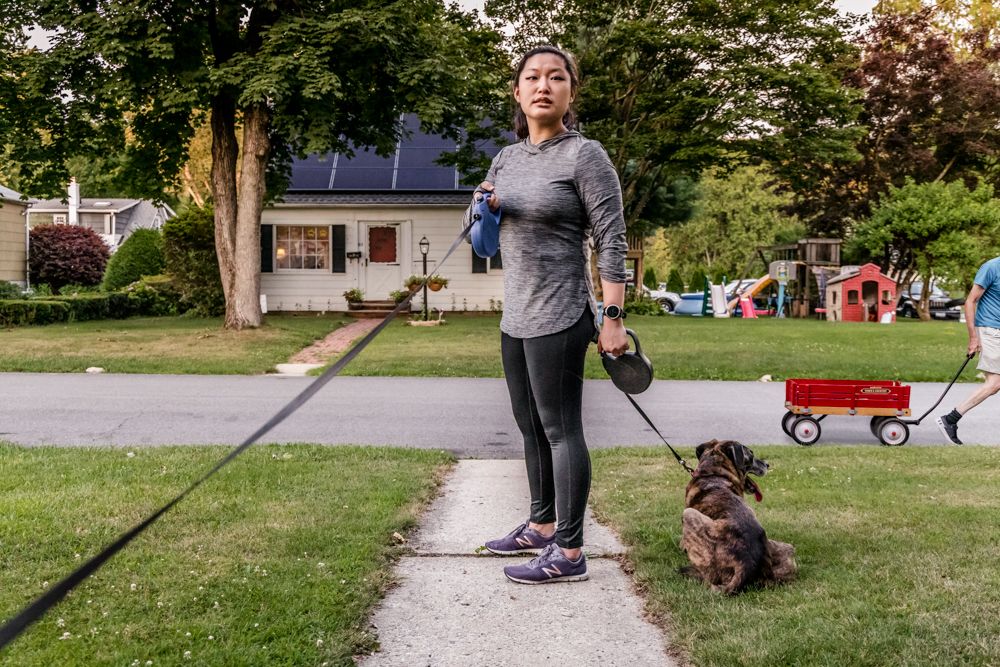 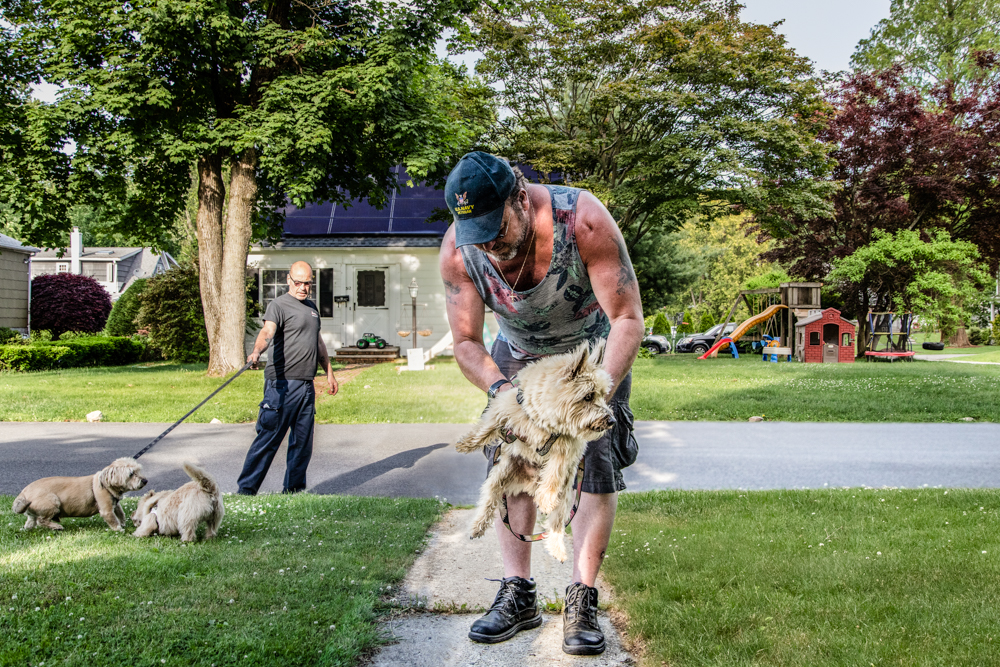 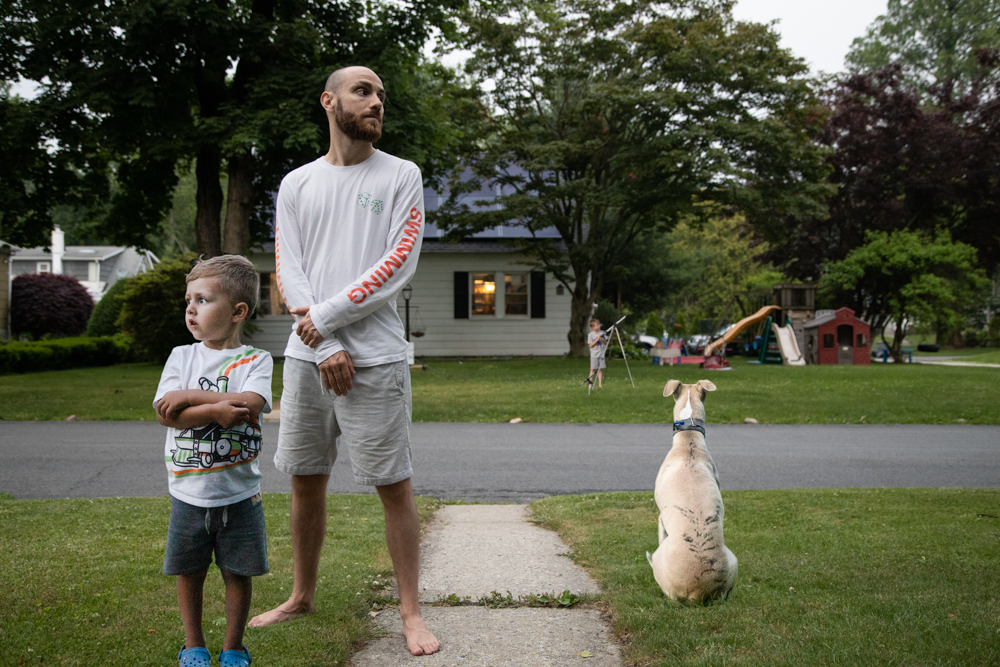 ©Debbie Miracolo, On the lookout