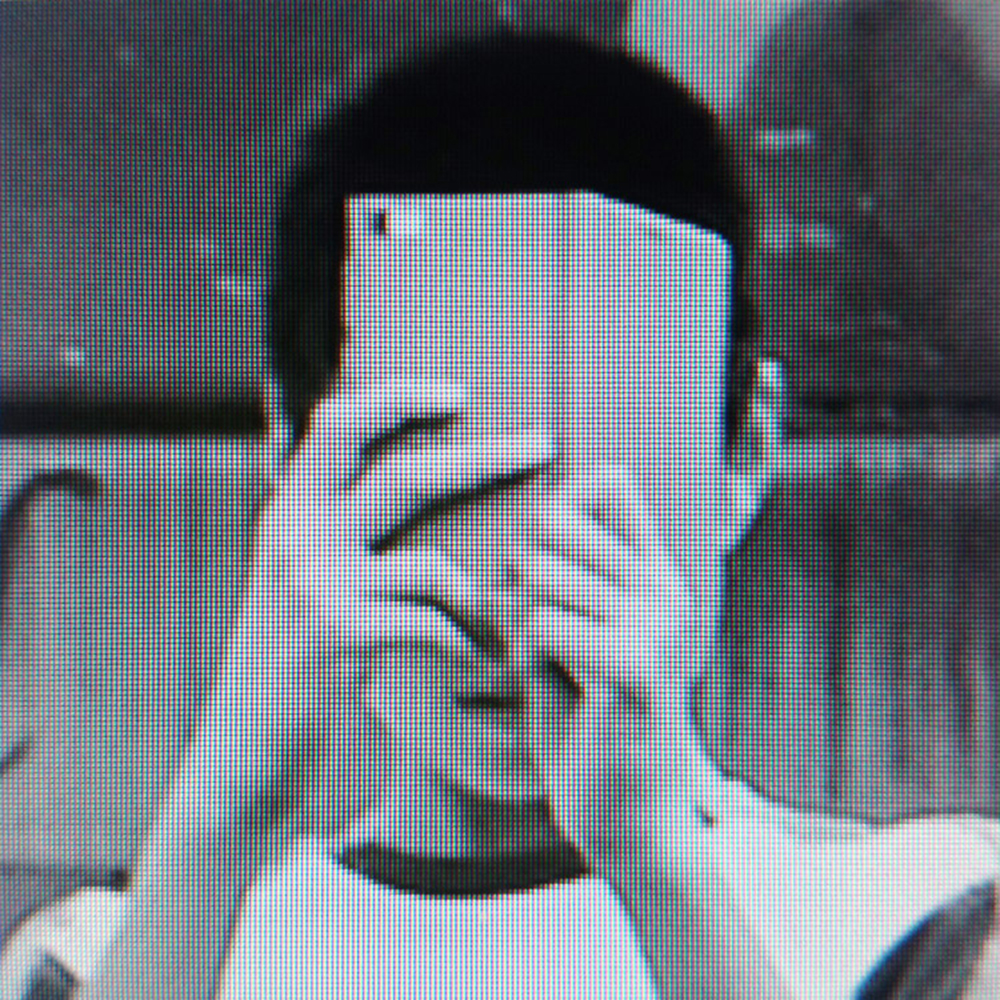 ME. Here Now is a book by artist Corinne Vionnet published by Fall Line Press.

ME. Here Now explores collective memory and how our relationships to space define our perceptions of ourselves and our environment.  The advent of smartphones has conditioned new reflexes and created a new, unsettling gestural vocabulary that evokes a near-mystical posture.

A direct reference to the work of Abraham Moles on the philosophy of centrality, ME. Here Now captures the specific moment when tourists take, with their smartphones, near-identical pictures of what is, paradoxically and for them, a unique experience. Beyond the ritual of holiday pictures, these images — often instantly shared — create a new language, as with the certificate of presences by Roland Barthes or with the photograph-trophies by Susan Sontag.

Vionnet’s portraits of these nameless individuals, half-concealed behind smartphone screens, also underscore the omnipresence of surveillance in public areas and remind us that all of our wanderings may be photographed.  Essay by Marvin Heiferman, independent curator and writer organizing projects about photography and visual culture for institutions including the Museum of Modern Art, Smithsonian Institution, International Center of Photography, Whitney Museum of American Art, Carnegie Museum of Art, and the New Museum. (Text: Fall Line Press website)

Corinne and I had a chat about her work, art practice and the modern life that has consumed us and how she was able to capture this notion in her artist book. 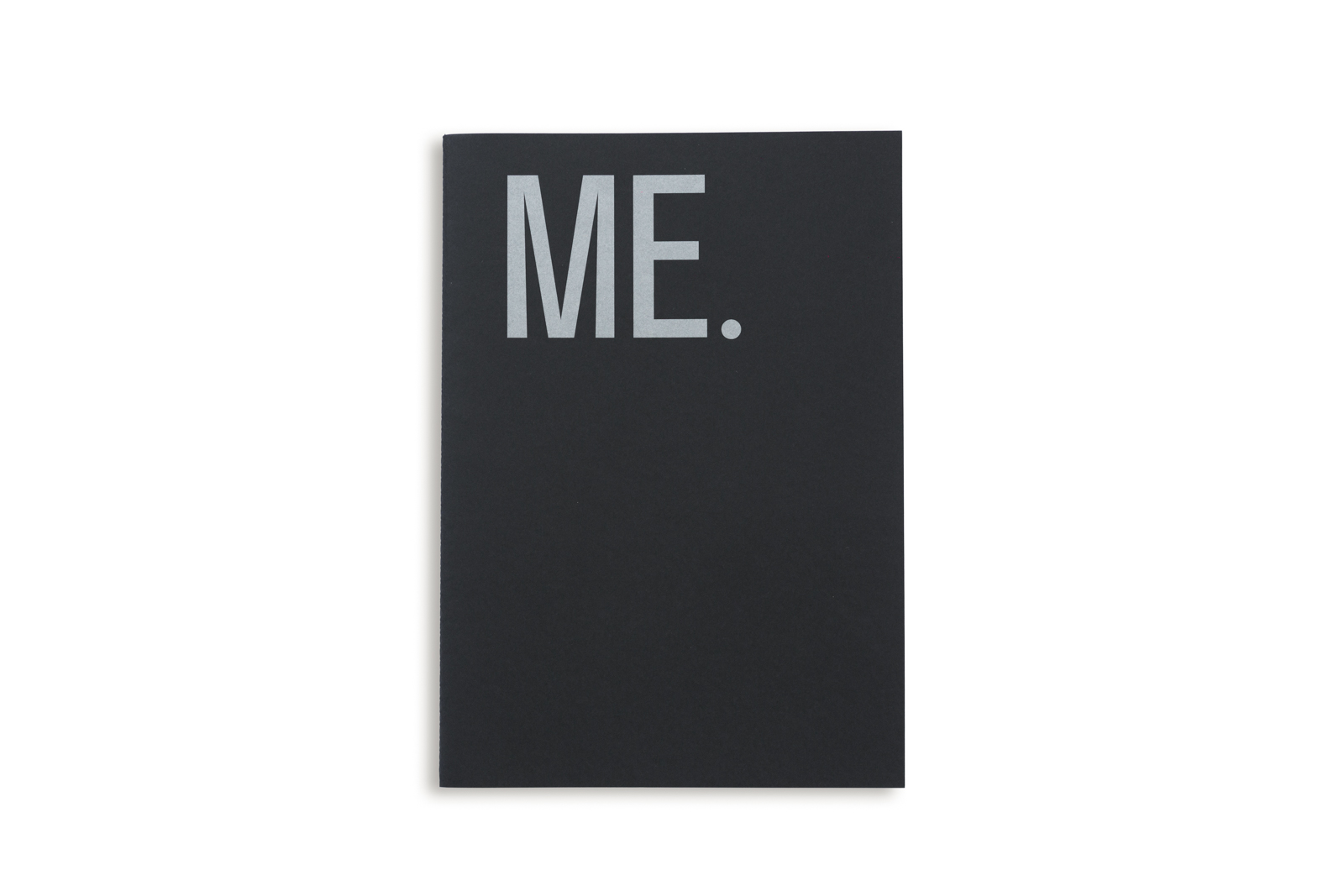 First I would love to talk about the overall book design. There is something very captivating and intriguing in the book format and design choices. In the middle of the book we encounter these silver, semi shiny pages of abstracted visuals. Can you talk about all these choices and how they communicate the concept of the work?

In the book dummies that I did to show general ideas, it was obvious that the size had to be vertical and the images had to be at the same size and same place, in order to enhance and amplify consistency and its focus on the portraits page after page. The idea of the Sacré Coeur (from the series Photo Opportunities) was to have it in various pieces, this in order to mainly express the fragment of the souvenirs.

In my book dummies, I thought to put these fragments on the left page facing each portrait. However, I’m very pleased that Hans Gremmen suggested to put this fragmented image in the center, and in silver ink, in order to have a link with analogue photography. It also gives a nice visual break. William Boling and Sabrina Lejeanvre have given regular, very useful feedback on the layout of the book. And I need to underline also how much I was touched that Marvin Heiferman wrote the essay of this book, with all the admiration that I have for his thoughts on photography, and his works and writings. 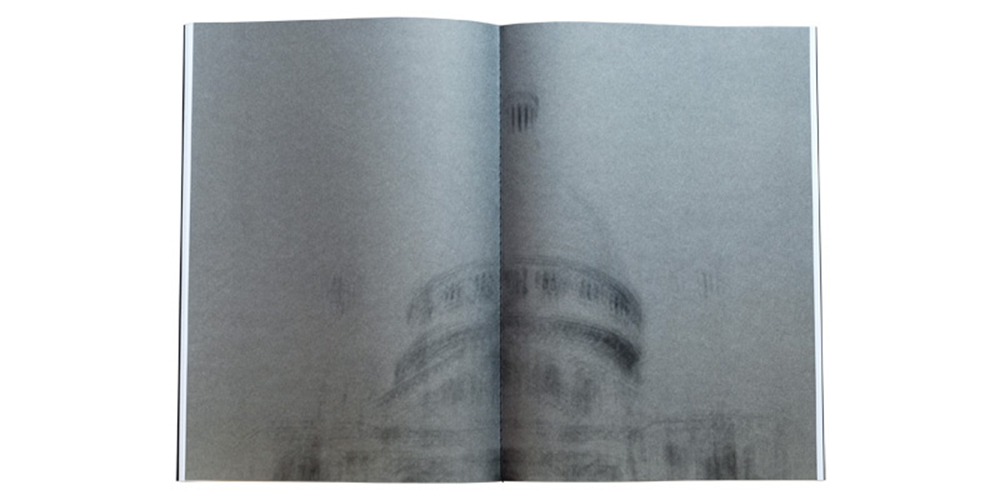 What I found most interesting about the images in the book is how familiar yet strange they feel to look at. They are familiar in the sense that we recognize this visual of a person holding their smartphone in the air to capture a selfie or a photo, but the fact that they seem to be from a surveillance camera, or a computer screen makes is of someone taking a photo of someone taking a photo – which is a strange and uncomfortable feeling. Can you talk about the photographic process behind the images and what inspired you to create them in this manner?

I took these images with my smartphone and snapshot camera from far away at the Sacré Coeur in Paris. I decided to make this a project mainly because I found that zooming in on people holding a smartphone to be pretty disturbing in an of itself. It looked like they had a mask, and also no connection at all with their environment, but only with their screen. In order to express this feeling of surveillance and this endless loop of self-reflection in a screen, I re-photographed these images on my screen, using my smartphone.

To enhance this disturbing feeling, the work is exhibited and installed in large scale prints. The installation was mainly thought and done in collaboration with Laurent Pavy, exhibition designer. In an ongoing solo show at the Swiss Camera Museum, the whole room is surrounded by large prints of ME. Here Now portraits (around 80×80 inches), so visitors can feel oppressed by being surrounded by these portraits and by the feeling of being even photographed and watched. In Korea, for Jeju Art Bienniale, the images were approx. 120×120 inches and you would guess about the portrait image only from far. When you go closer, you have mainly the colored pattern of the screen, and don’t have a sense of the content any longer.

In the statement about the book it says “Vionnet’s portraits of these nameless individuals, half-concealed behind smartphone screens, also underscore the omnipresence of surveillance in public areas and remind us that all of our wanderings may be photographed.” This statement is interesting as we are all wondering about “big brother” watching us through our phones. The book very much touches on this phobia which many people have and is a big part of modern society.

This is certainly why this is useful to talk about it, and conjure up questions on this. Also most people will share these images mainly by using social media, so we do participate consciously in big data and surveillance. 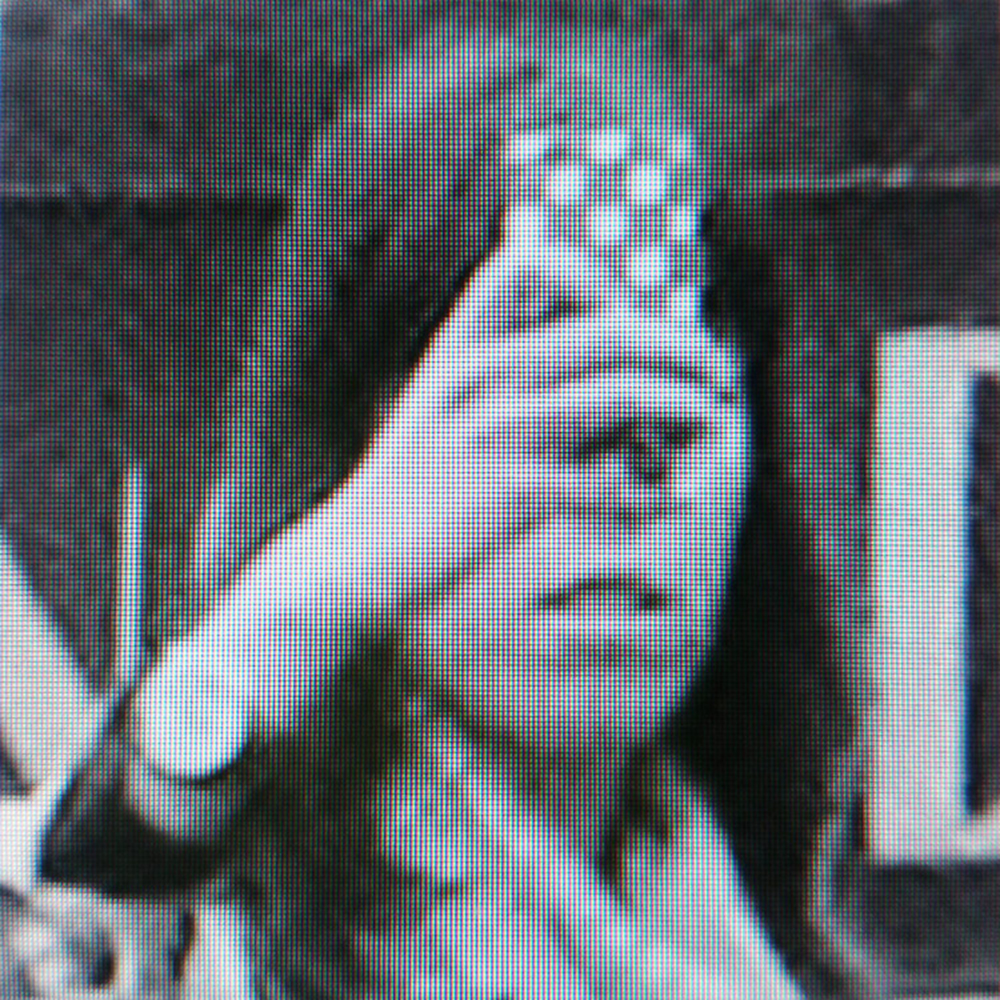 I think the book and project talk loudly about the rule of photography in our society today. Can you talk about your feeling towards the photographic scene today from amateur smartphone to fine art and galleries, how do you see the photo world change and how do you think it affects us?

The domination of the image is so prevalent and such a part of normal culture that artists are concerned by what is happening. This is a world of excess and everything is under the law of “right now”. This is an infernal machine that races out of control and that is beyond us. One can be fascinated by what is happening and worried too.

You write about the project that it deals with memories and our perception of “collective memory” where we all capture the same photo in order to be included in the canon of culture, art, and history. What I found most interesting about the project is how your visuals become in some way iconic just as the art/place these tourist are trying to capture. There is no question here, but I would love to hear your intake on this notion.

In working for a year on a project around the idea of the “American Dream” it crystallized what is in my mind, what my interests are and what things are bothering me more precisely. The strength of an image, its ambivalence, its representation and interpretation are keys of my research. What content, interpretation and density is in an image. Also the concepts of repetition and erasure are part of my expressions.

Using iconic images as famous landmarks in my research and expressions because they have so much content and strength in them. It might help to find out why images are so important today and why they influence our behavior so significantly. 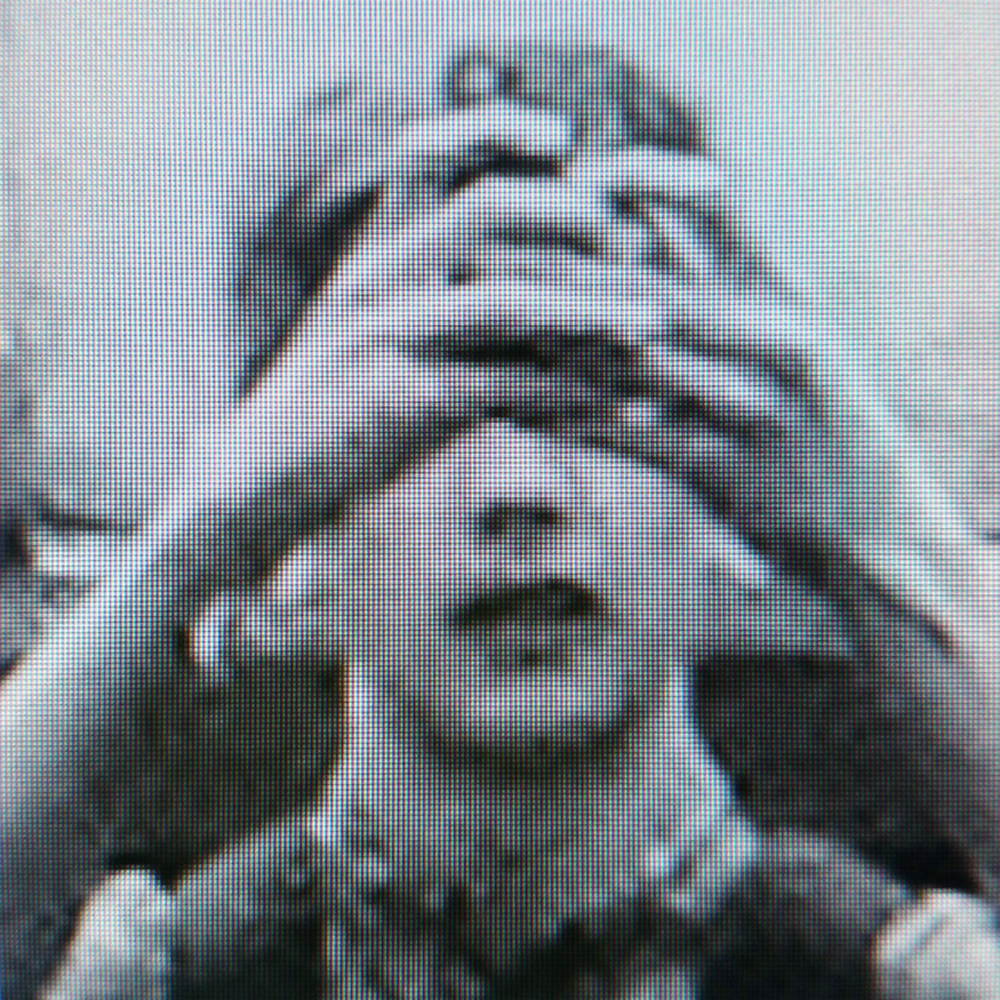 What was the hardest part of creating this book? What challenges accrued along the way that you think our readers, who might be thinking of creating a book themselves, can learn from?

I’m very pleased with the result of the book and the work from Fall Line Press and Hans Gremmen. If I have to pick one point, I would say that communication between all parties was certainly the hardest point. Not that it has been a lack of communication, but when you cannot meet the people you work with as Fall Line Press is in Atlanta and Hans is in the Netherlands, all is done mainly by emails. So it is different, and it takes longer somehow too.

Can you talk about the book’s title? Where it came from and what does it represent?

The title came pretty naturally, after having done some research and readings.

Here Now comes from the “Moi-Ici-Maintenant” part of the work of Abraham Moles, a French electrical engineer and communications theorist, who studied how we experience and try to center ourselves in the succession of temporary spaces we occupy and that come to define us.

I like asking this question because I think it is fascinating to know – who inspired you the most in your career and path as an artist? Who do you feel shaped your perception on photography and art?

It’s always very difficult for me to reply to this question, as I don’t think that there is a main influence, but many elements that can be very distinct and different from each other. Education, geographical environment, family, social background, but also reading for example, have an influence on my work and my way of feeling things. Also, a conversation heard in a train, a movie, a trip can transform, create or confirm a gaze or a thought.

Regarding my ongoing project around the American Dream, I read the book “America” from Jean Baudrillard again, and realized that this book that I read for the first time 15 years ago – so before my career in visual art began– has not only influenced my way of seeing the USA, but also generally speaking. 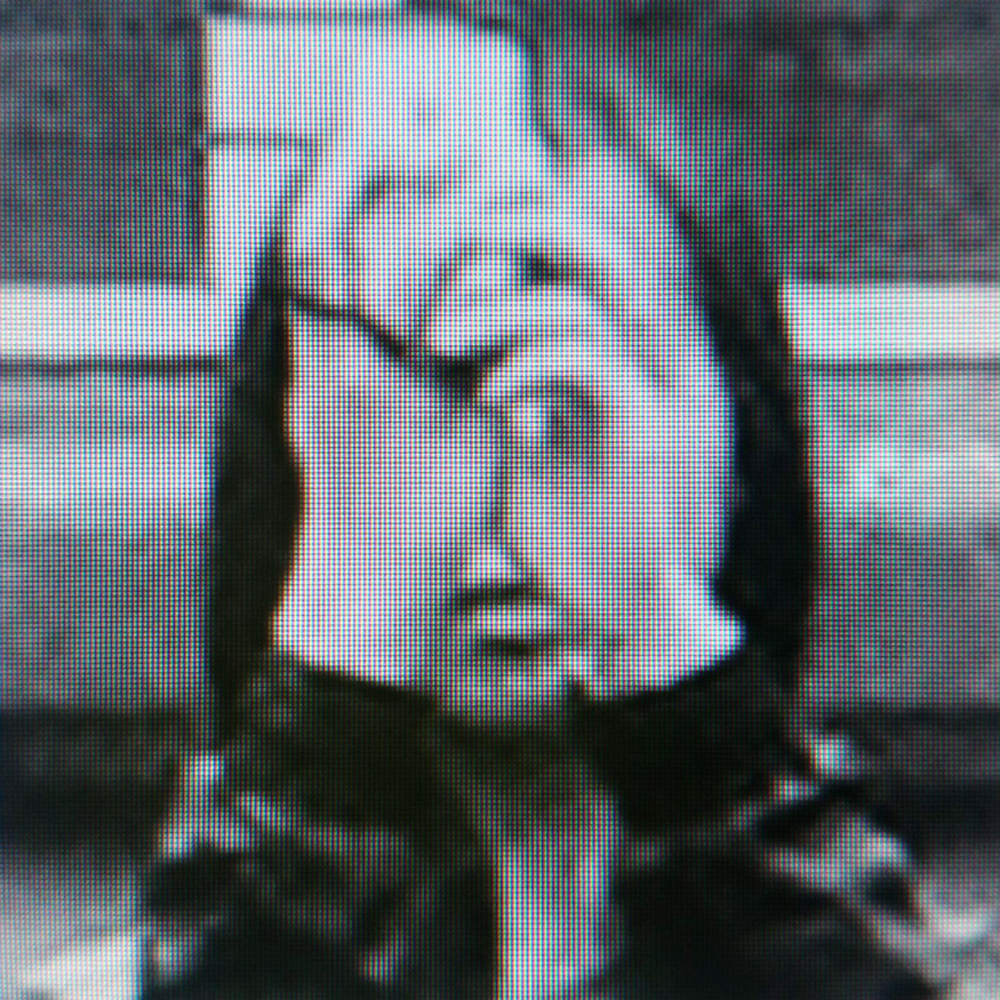 NEXT | The 2018 All About Photo Award Winners >
< Dave Jordano: A Detroit Nocturne | PREV