It’s funny, I was thinking about David Hilliard yesterday and wondering was he’s been up to lately, and then today I opened an e-mail from Anna Walker-Skillman about a new David Hilliard show. The Jackson Fine Art Gallery in Atlanta, is presenting David’s new body of work, Being Like. The series explores his autobiographical relationships with his father and those around him. As he says, “This work represents a new series of photographs where boys, throughout their histories, endure a series of physical and emotional testing of sorts. There is an implied lineage. Themes that run through the work are father/son relationships, blood/sickness, longing, rejection, faith, and mortality. Also, I have always been interested in the “The Masculine Condition” . The photographs of the women are part of the ongoing work with my mom in her Floridian Christian world. ” If you aren’t visiting Atlanta any time soon, here are a few other places showcasing his work. 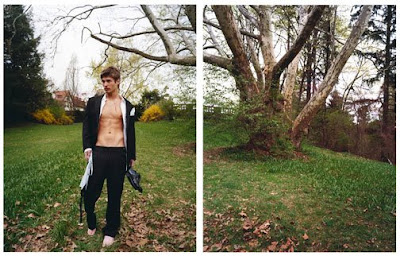