Even though this isn’t a new series, I love everything about Richard Renaldi’s project, Touching Strangers. These layered portraits not only reaffirm my faith in humanity, but also stand as psychological studies of the body language we project around people we know and don’t know. An exhibition of Touching Strangers, organized by the Fondation d’entreprise Hermes, is on exhibition at the Hermes Foundation in New York opening April 9th and running through May 28th (at 691 Madison Ave). Conscientious has a great interview with Richard about this series and you can hear a recent interview on Canada’s The National here (scroll down to March 27th).

Touching Strangers is a an ongoing photographic project stemming from my interest in the dynamics of group portraiture. The premise of this work is simple; I meet two or more people on the street who are strangers to each other, and to me. I ask them if t hey will pose for a photograph together with the stipulation that they must touch each other in some manner. Just as often, I let their tentative physical exploration play out before my camera with no interference.

I undertook Touching Strangers as a means of bringing new complexity to the art of portrait-making. My objective was to introduce an unpredictable variable in a very traditional photographic formula; to create a spontaneous and fleeting relationship between complete strangers in front of my 8×10 view camera.

Richard has a myriad of incredible projects in addition to this work. He has a natural affinity to capture the essence of a person or place without pretension. His series, Fall River Boys and his series, Figure and Ground are achingly rich in humanity and insight. They are photographs where you feel the photographer’s presence, and realize that he has reached into the soul of his subjects and and put them on film. 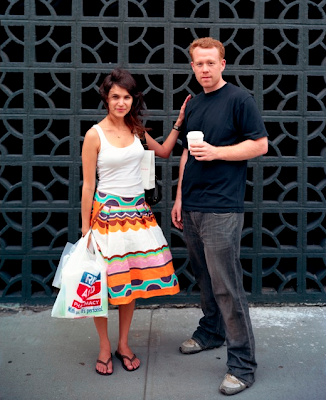 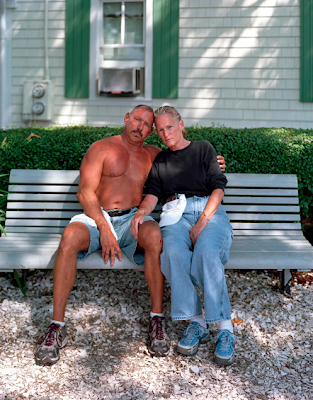 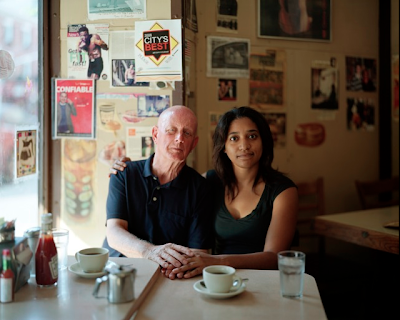 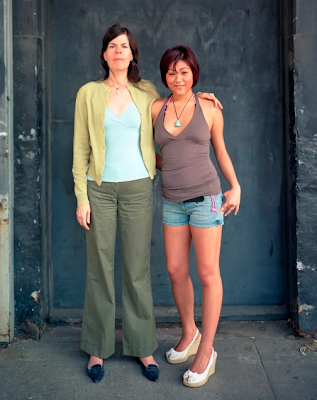 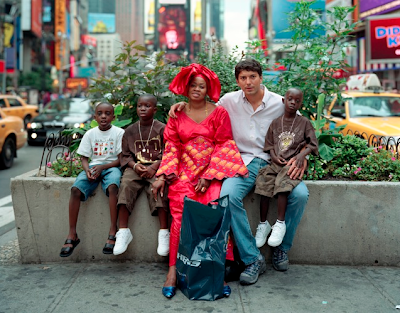 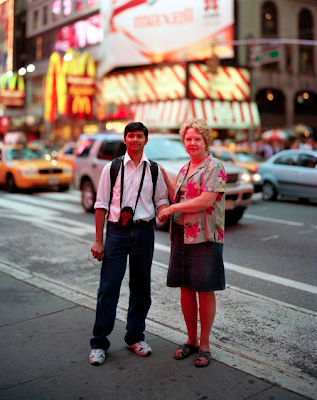 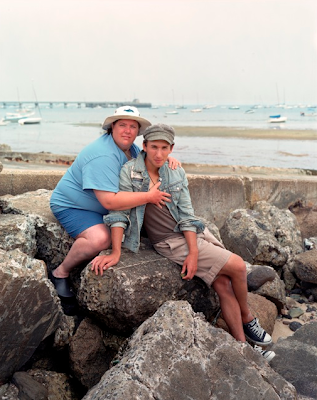 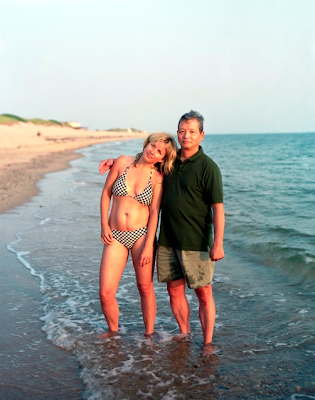 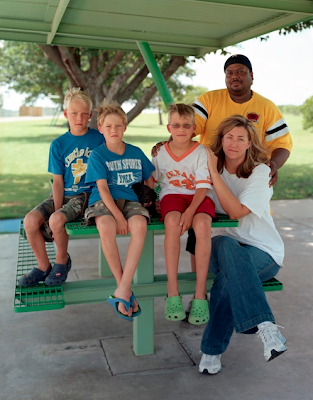 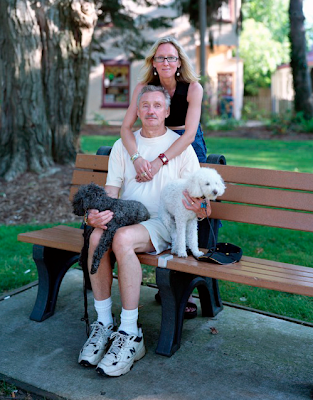 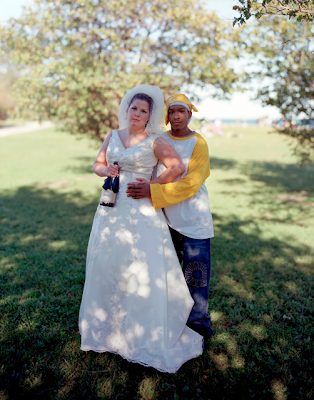 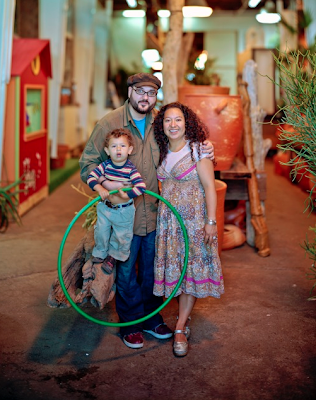 NEXT | An Intimate View of Southern California >
< Select Gender | PREV