Buzzy Sullivan is at the beginning of his photography career, but he’s taped into the most crucial lesson that a photographer can learn: shoot what you know. Buzzy is pursuing a BFA at the Oregon College of Art and Craft while honing his skateboarding skills–a passion and profession for the last 20 years. Buzzy was drawn to photography when he discovered he could create his own cameras out of just about anything (including a Barbie Doll). His new series features skateboarding tricks captured with LED lights attached to the board, which become graphic imprints of time and movement.

“Trust only movement. Life happens at the level of events, not of words. Trust movement.”
~ Alfred Adler

When I was young, I spent countless hours after school on the street in front of my house trying to learn to flip my skateboard with my foot and land back on it. Kick, flip, stumble … kick, flip, almost … kick flip kick flip kick flip … there was no end to it, into the evening, until streetlights cast the only shadows. 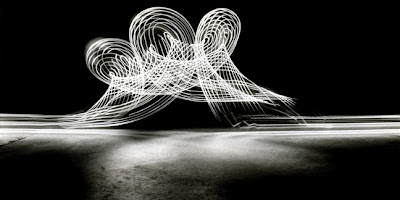 Every skateboarder has endured the relentless mission of landing a kickflip. My marathon to success took the better part of a year, but it was a welcome monotony. My first kickflip embodied the purity of a 12-year-old boy focusing intensely on moving an object in synchronicity with his body. These images are meant to take away the words, the sport, the marketing, and convey the original feeling I had when I first learned to flip my board.

The art of skateboarding is the gift of motion. This body of photographic work represents the veiled movement of a skateboard while a flip trick is being performed. Photography is like Braille for people with vision, an art form that enlightens our senses to the subtle perceptions to which we are otherwise blind. By contrasting the use of bright LED lights connected to a skateboard against a dark setting, the motions of the skateboard are revealed. The use of long shutter speeds in the making of these images allowed me to explore the nuances of movement and capture the DNA strand of each trick as it is being performed. 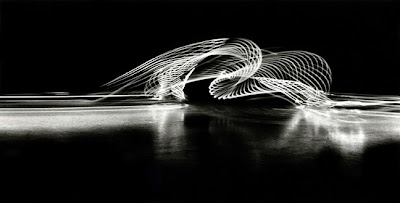 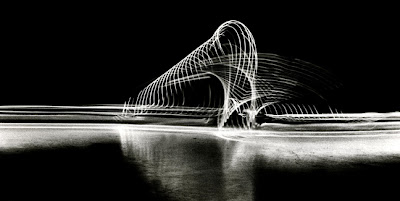 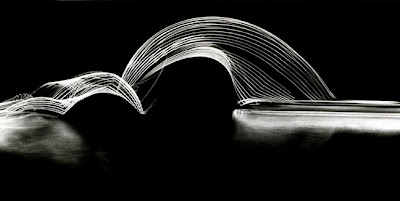 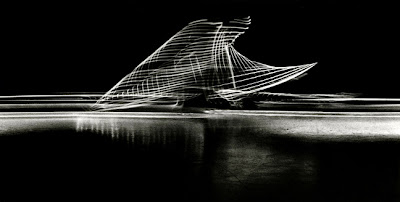