It’s difficult to showcase just one of Justine Reyes varied and masterful bodies of work. All of her work draws from the personal, whether it be through familial explorations or examining identity, and working with the idea of leaving and returning home, and the longing to hold on to things that are ephemeral and transitory in nature.

Justine lives and works in New York. She received BFA from Syracuse University and her MFA from the San Francisco Art Institute. She has shown her work both nationally and internationally. She participated in Proyecto Circo at the 8th Havana Biennial in Havana, Cuba and took part in Contemporary Istanbul in Istanbul, Turkey. In 2008 Reyes was an artist in residence at both St. Mary’s College of Maryland and at the Center for Photography at Woodstock where her series Vanitas began. In 2009 Reyes’s Guayabera series was included in Queens International 4 at The Queens Museum of Art. Reyes was recently awarded the Individual Artist Initiative (IAI) from the Queens Council on the Arts and a workspace residency from the Lower Manhattan Cultural Council (LMCC) for 2009-2010.

I am featuring selections from two bodies of work, Vanitas and Mask, but don’t miss her terrific series, Home, Away from Home.

About Vanitas: Taking inspiration from Dutch Vanitas paintings, these photographs incorporate personal artifacts within the traditional construct of still life. Pairing objects that belonged to my grandmother with my own possessions speaks to the concept of memory, familial legacy and the passage of time. The incorporation of modern elements such as the Saran wrap, plastic, sugar packages etc, as well as the use of photography itself add an additional layer of nostalgia and irony when viewed within the historical framework of Vanitas painting. Both the decomposition of the natural (rotting fruit and wilting flowers) and the break down of the man-made objects, reference the physical body, life’s impermanence and the inevitability of death. 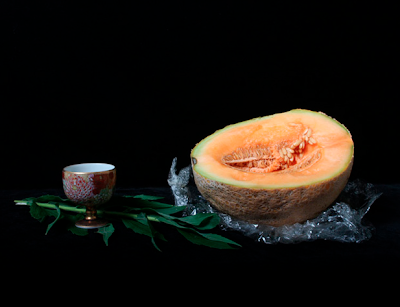 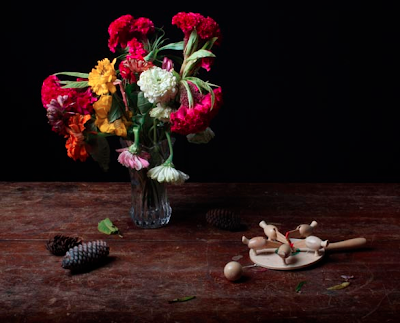 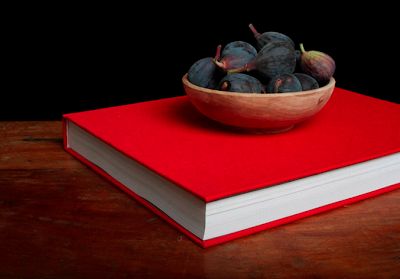 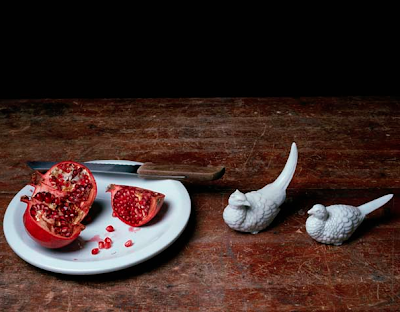 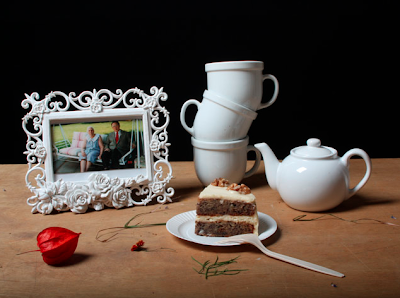 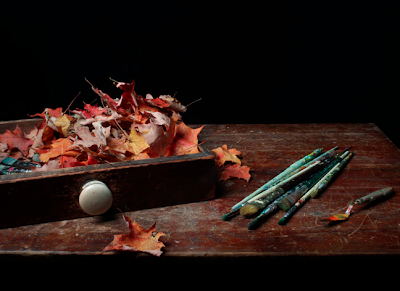 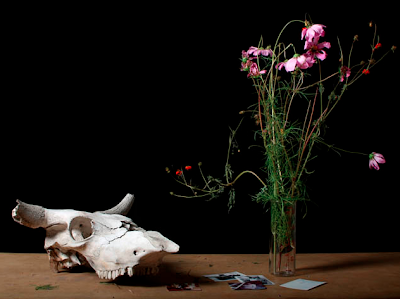 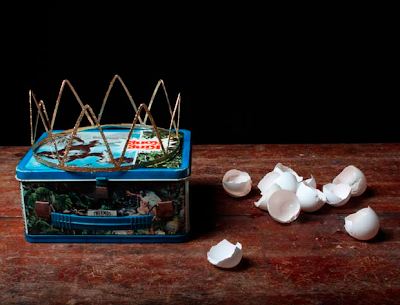 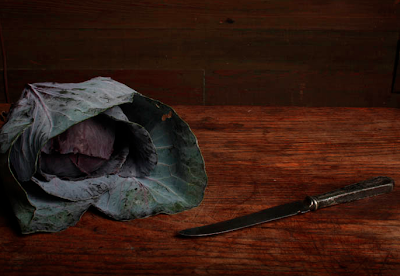 In Mask Series I raise questions that challenge western ideologies, norms and notions of freedom. In this work I blend the idea of the veil with the mask, both in terms of protection and aggression. I make reference to the burkha, ski-masks, gas masks, SARS masks, hazmat gear and fetish masks. The masks themselves are made out of material that is normally hidden under clothes, close to the body and private. Here they become exposed. In the installation tentatively titled 3-20-03 to Present I use the repetitive nature of crocheting to speak not only to the build up of time itself but also to the number of casualties and deaths amassed over time. During these times of war, terrorism, homeland security and global instability I have felt increasingly powerless, frustrated and deeply saddened. This has in large part brought me to my most current bodies of work many of which include my family, the idea of leaving and returning home, and the longing to hold on to things that are ephemeral and transitory in nature. 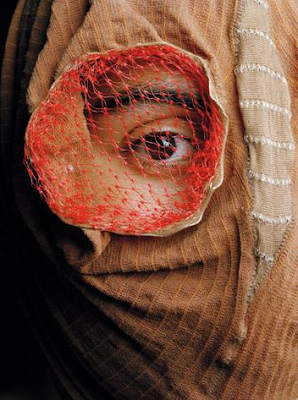 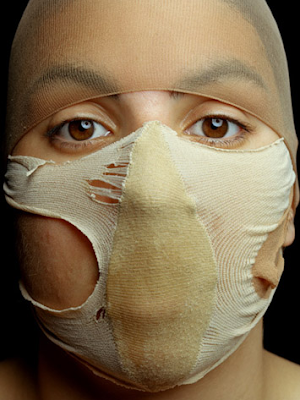 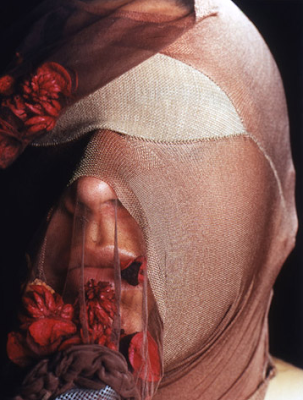 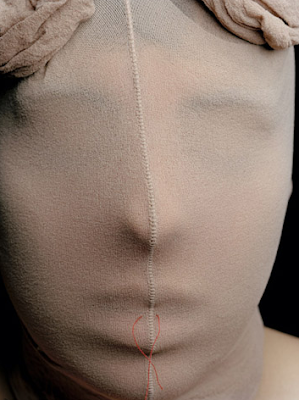 Tags: Based on Paintings, Justine Reyes