Stephen Chalmers has a fascinating series about looking at the landscape with a particular perspective. Growing up, Stephen had always been interested in Civil War photographs of battlefields and the aftermath of war. When he visited the sites, he was greeted with nothing but pastoral landscapes, exhibiting no hint of the bloodshed they once held. Years later, on a first date with his significant other, they took a wonderful hike in the mountains near Seattle, enjoying the scenery and each other. When he shared his experience with friends later, he was told that he had just hiked where Ted Bundy had dumped his victims. These revelations led to his fascination with sites that hold a violent and difficult history, that have returned to their natural states in subsequent years, yet retain a charge of memory and loss.

Many of the most notorious serial murderers are either from Washington State or were active there, including the nation’s most prolific (Gary Ridgeway, known as the Green River Killer) and the most famous (Ted Bundy) – along with more than 40 others. The landscape of the West allows a killer to move easily between urban and rural areas and has many wilderness areas where bodies can be disposed of in order to make them difficult to find. Law enforcement agencies call these locations “dump sites.” 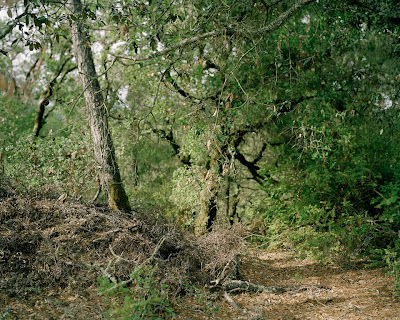 Due to photography’s inherent affinity with investigative thought and evidence, criminology was one of the first fields to systematically employ photography. The images in Dump Sites offer a spectral, haunted kind of evidence of the sites’ historical uses, and they rely explicitly on a spiritual experience of the place to mark the destruction of a life and commemorate the victim and the site’s use. In these images, there are no direct traces of the dead who were abandoned at these sites. These images are intended to read as having a “psychic weight” or gravitas. They avoid the derivative pathos of sites of tragedy and clichés of prefabricated sentimentality. 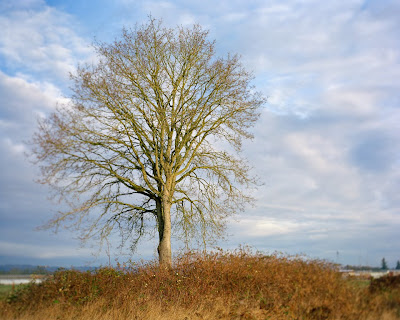 Disposal at these dump sites followed shortly after the victims were pushed to inconceivable limits of experience. These images address the nature of experience, the human capacity to commit evil, and society’s fascination with death as a spectacle by delivering deliberate visual dead ends that lure the viewers’ gaze without delivering knowledge, information, or meaning. After an ineffable suffering and an undignified death, victims were disposed of at these sites as if garbage, only to be accidentally discovered later. 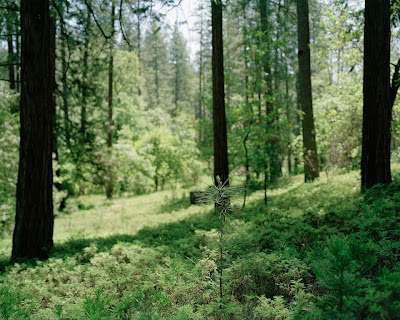 As a latecomer who has visited these sites, months or years after the event and the associated media coverage, one is immediately struck by the absence of spectacle, the beauty of the sites and their silence and stillness. These images are intended to fill the black hole in memory left by the loss of the victims. 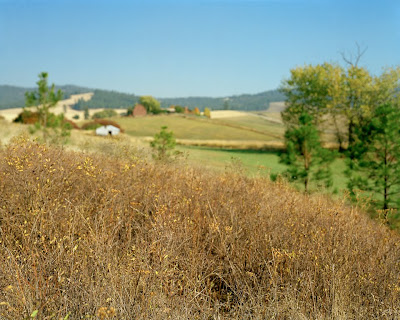 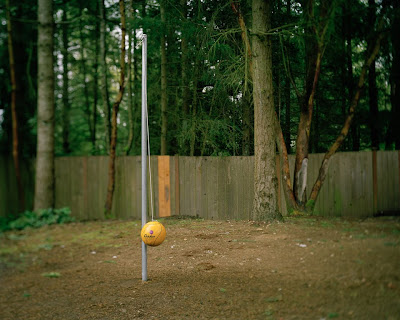 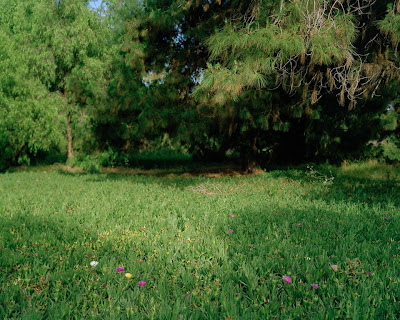 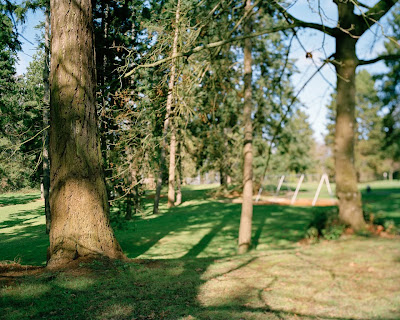 Statement for Transience: When photographer Dorothea Lange and author John Steinbeck created their works on transient populations during the Great Depression, the Recreation Vehicle (RV) industry was already in its infancy. After World War II, American industrial might was redirected from tending to the war effort to meeting pent-up consumer demand and the needs of returning service men and women. Increased employment to meet these demands provided a dramatic boost in the American standard of living. One result was the expansion of a mobile lifestyle in the American middle class. Trailers and self-contained RVs became the means and the mode of transportation to live elsewhere and to experience the country without sacrificing the comforts of home. 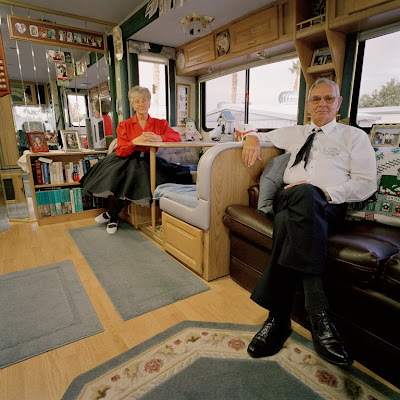 Although designed as a temporary travel home and in contrast to its use by affluent Snowbirds, the RV has also become primary residence for many people of limited means. They make homes for themselves in RV parks, on the public lands maintained by the Bureau of Land Management (BLM), or by “squatting” off the grid in the desert Southwest. Many individuals find RVs a better choice than apartments or hotels since there is ownership of the abode, with the occasional trade off of needing to pay for the rental of the land. 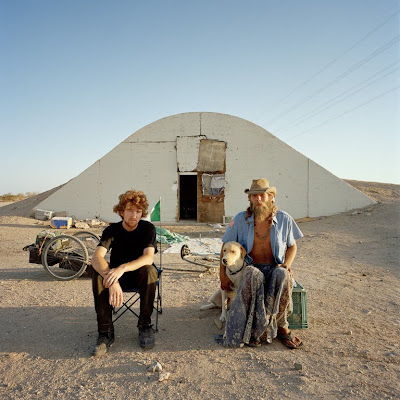 In this project, I have been photographing and interviewing individuals with a transitory lifestyle along with creating landscape images of the areas they occupy. 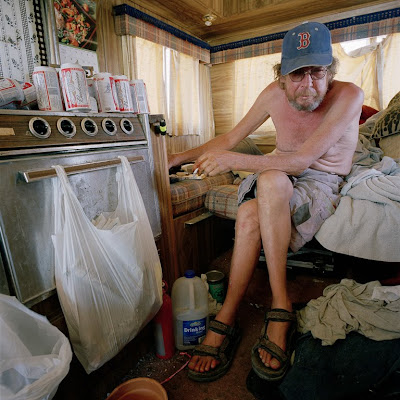 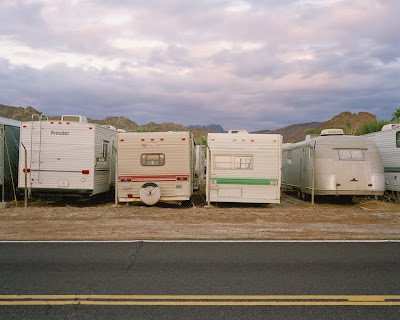 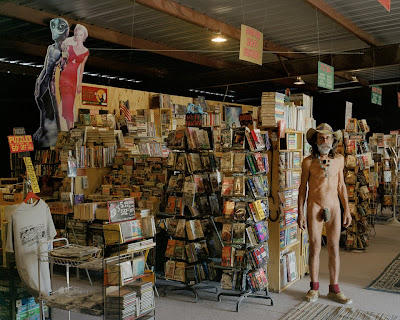 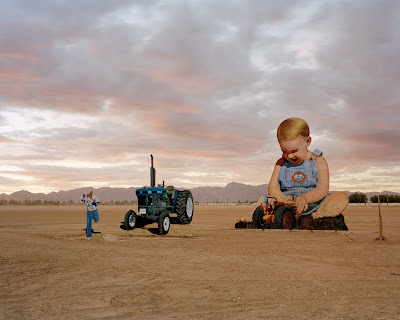 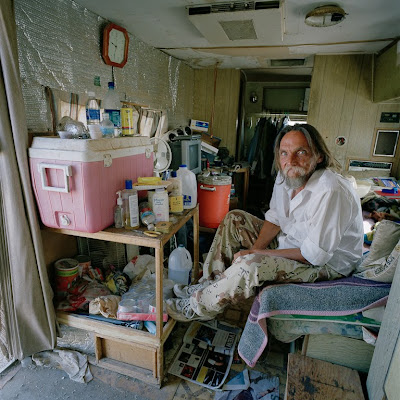 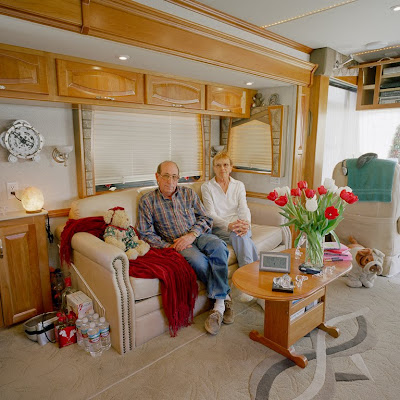