Kimberly Witham was born and raised in Wakefield, Rhode Island; she received her Master of Fine Arts degree in Photography from the University of Massachusetts, and her Bachelor of Arts degree in Art History and Women”s Studies from Duke University.

While her photographs are strongly influenced by her studies in Art History, she is also interested in exploring the natural world. Her series featured below, Domestic Arrangements, combine those interests in fanciful tableaus of color, pattern, texture, and wildlife. The result is a series of charming still lifes that allow Kimberly to create her own sense of the world.

Kimberly’s work has been exhibited at the Jersey City Museum (Jersey City, NJ), Chashama ABC (New York, NY) , The Light Factory (Charlotte, NC) and The Houston Center for Photography (Houston, TX). Kimberly teaches photography and art history at Bucks County Community College in Newtown, PA. She has several upcoming exhibitions, a two person show with sculptor Keith Lemley this February-April at 1708 Gallery in Richmond, VA that features images from her Transcendence project. Several images from Domestic Arrangements will be included in the Working in Wonder show at the Walsh Gallery at Seton Hall University (NJ) this January/February. The show examines the influence of the cabinet of curiosity on contemporary artistic practice.

DOMESTIC ARRANGEMENTS
My work is strongly influenced by natural history dioramas, cabinets of curiousity, still life painting and other manifestations of man’s attempt to categorize, comprehend and ultimately control the natural world. 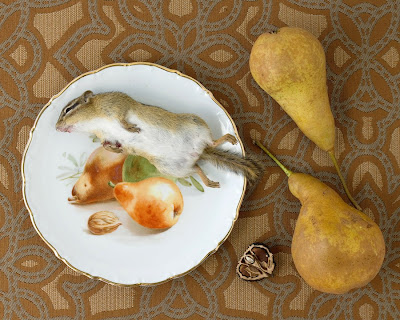 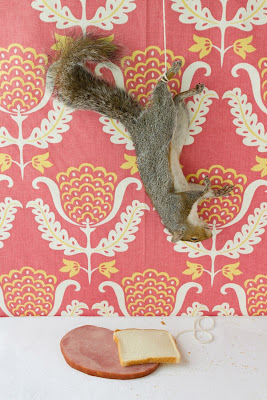 Sixteenth and Seventeenth century still lives often combined domestic objects with items from foreign locales; the content of my photographs are found much closer to home. As I collect these items, I arrange them into ephemeral constructions which are simultaneously whimsical and grotesque. These idiosyncratic arrangements highlight both the promise of suburban comfort and the aftermath of our continued consumption. 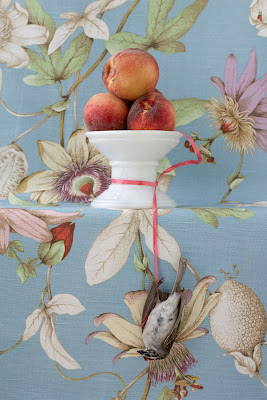 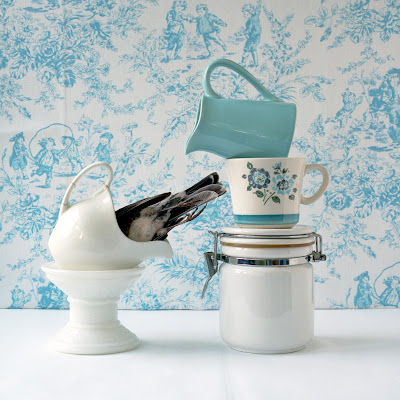 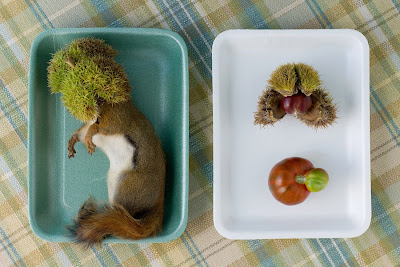 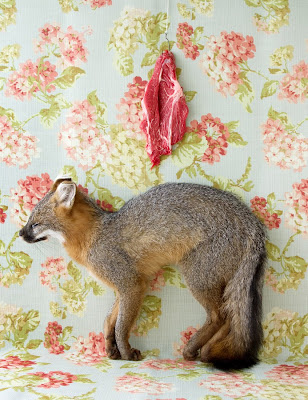 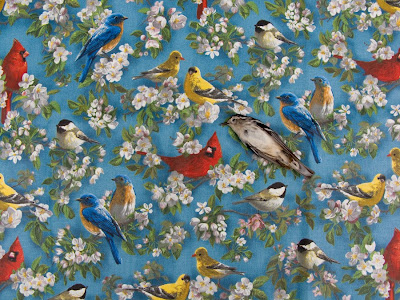 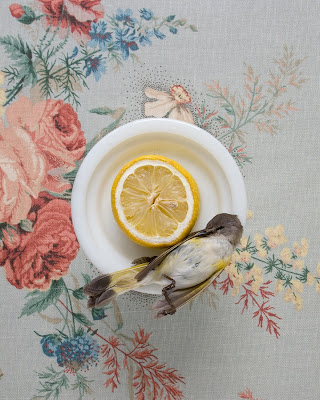 AUNT DOT’S HOUSE
I am an ironic formalist. My photographs induce tension between presentation and subject matter. These images use the structured visual language of formalism to investigate subjects that are beautiful, sentimental or comic. The images in the Aunt Dot series encompass all three of these sensations. 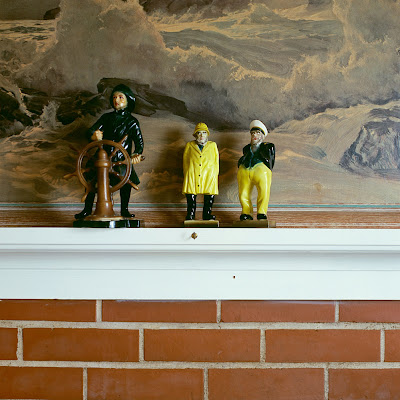 Aunt Dot was one of those “aunts” related through love and history rather than through blood. She had been my grandmother’s best friend and neighbor and my siblings and I had known her our entire lives. She had no children and we had become surrogate grandchildren of sorts. On our regular visits to her house, she served us store-bought sugar cookies and cold Coca Cola in glass bottles. We happily devoured these offerings before wandering down the rickety stairs to the bay, high on sugar and caffeine, to skip stones and search for hermit crabs. My mother and Aunt Dot would sit at the kitchen table, drinking instant coffee and chatting as they looked out over the water. My regular trips to Aunt Dot’s continued until I left home for college. They remain as some of my fondest memories of childhood. 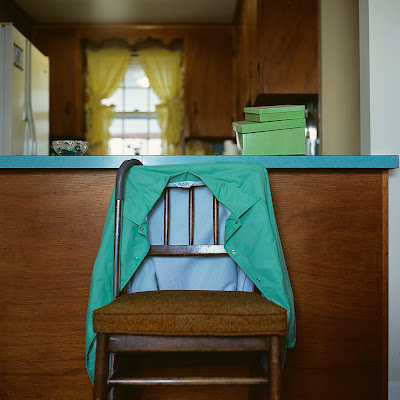 My Aunt Dot died in 2006. Shortly after her death, my mother, my sister and I went to her house to somehow say goodbye. Aunt Dot’s house had been suspended in time. All was as it had been the day she left for the hospital after suffering a stroke. We wandered through the rooms of the house in stunned silence. In an attempt to capture something lost, I created these photographs. 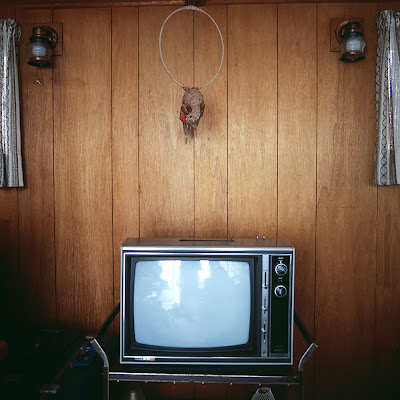 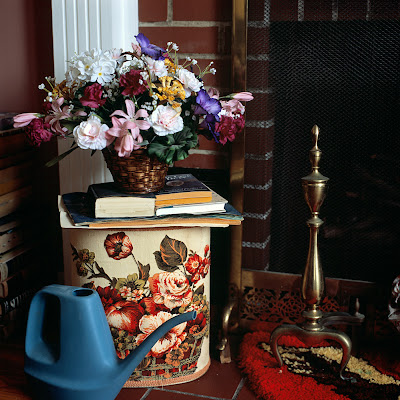 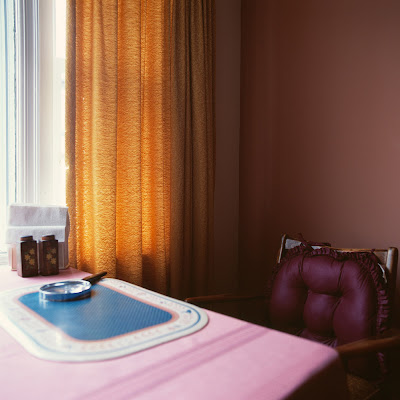 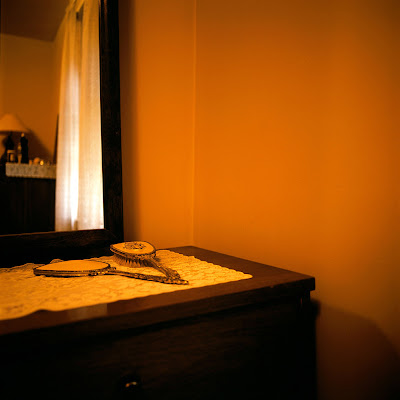 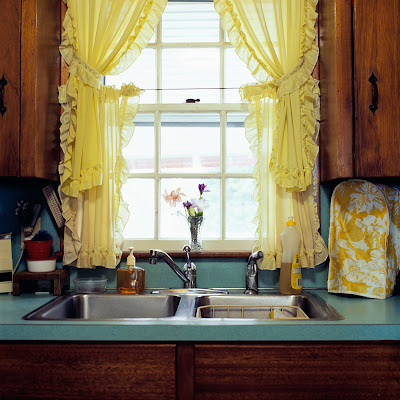 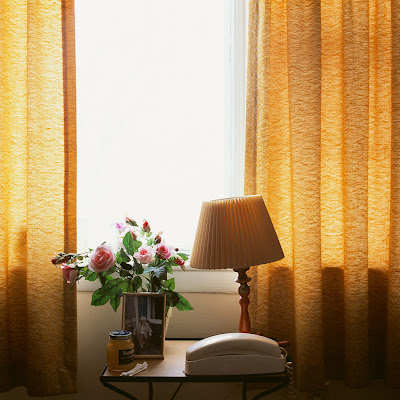