Martin Usborne started his photographic career after working as a creative director in children’s TV (which included dressing up as a furry white alien). Prior to entaining small fry, he studied psychology at Edinburgh University and then animation at Glasgow School of Art, and now has an active photographic studio in London. Martin is one of those special image makers, self deprecating, talented, humourous, and kind to animals.

Sheep with high self esteem, Jura He also knows how to take a mean portrait. 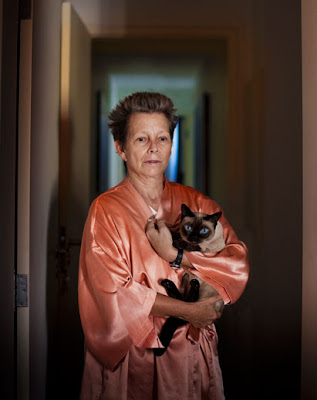 Recently, Martin produced a terrific project about dogs left in cars, titled Mute. It’s poignant, pitiful, and wonderful all at the same time.

I was once left in a car at a young age.

I don’t know when or where or for how long, possibly at the age of four, perhaps outside Tesco’s, probably for fifteen minutes only. The details don’t matter. The point is that I wondered if anyone would come back. It seems trivial now but in a child’s mind it is possible to be alone forever.

Around the same age I began to feel a deep affinity with animals – in particular their plight at the hands of humans. I remember watching TV and seeing footage of a dog being put in a plastic bag and being kicked. What appalled me most was that the dog could not speak back. It’s muteness terrified me.

I should say that I was a well-loved child and never abandoned and yet it is clear that both these experiences arose from the same place deep inside me: a fear of being alone and unheard. Perhaps this is a fear we all share at some level, I am not sure. 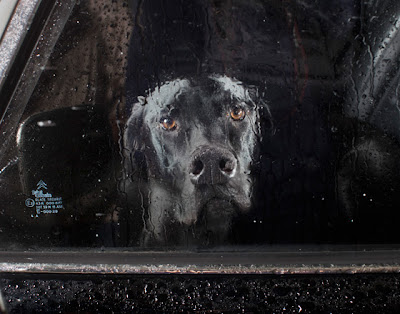 The images in this series explore that feeling, both in relation to myself and to animals in general. The camera is the perfect tool for capturing a sense of silence and longing: the shutter freezes the subject for ever and two layers of glass are placed between the viewer and the viewed: the glass of the lens, the glass of the picture frame and, in this instance, the glass of the car window further isolates the animal. The dog is truly trapped. 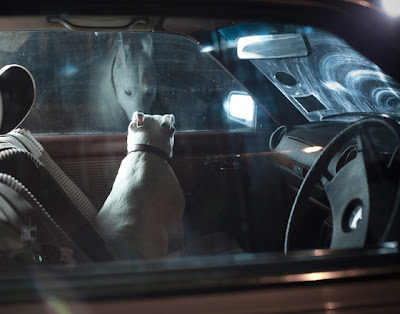 When I started this project I knew the photos would be dark. What I didn’t expect was to see so many subtle reactions by the dogs: some sad, some expectant, some angry, some dejected. It was as if upon opening up a box of grey-coloured pencils I was surprised to see so many shades inside. 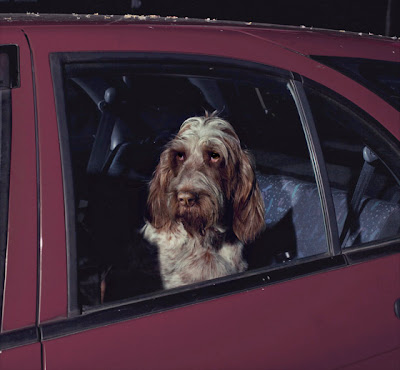 I hope that these pictures are engaging and perhaps a little amusing. I want to show that there is life in the dark places within us. 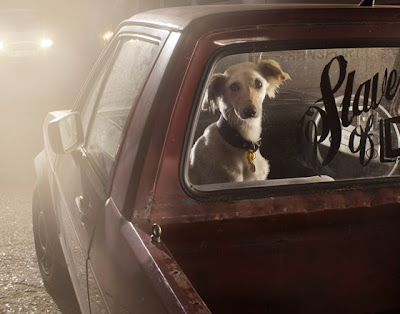 I will stop writing now and you can stop reading. Words can only get us so far. After all, we are all animals. 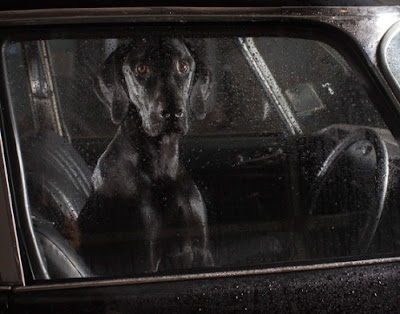 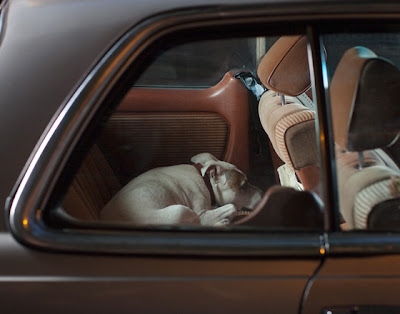 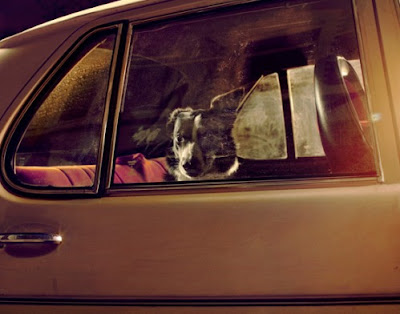 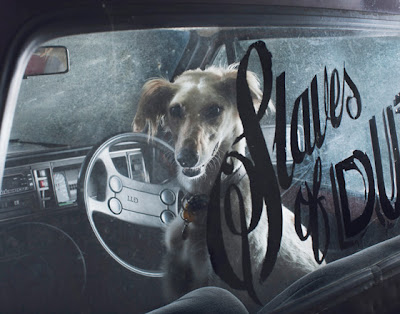 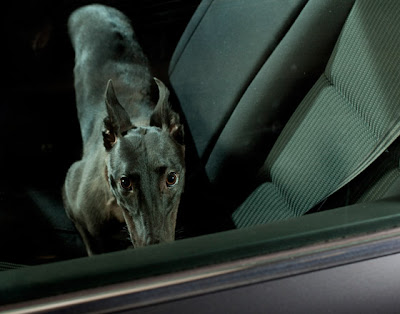 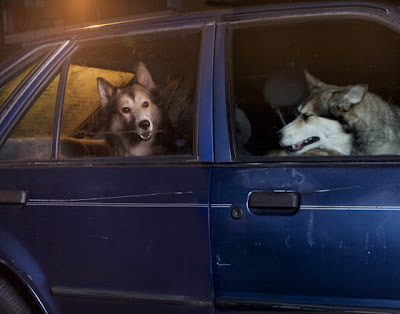 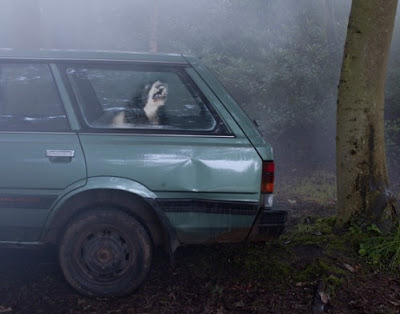 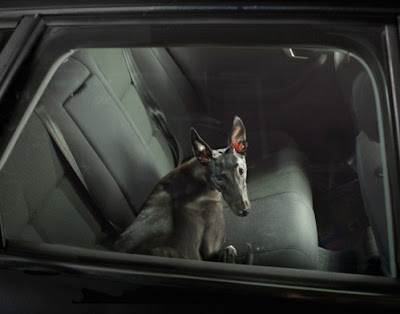