Svjetlana Tepavcevic was born in Sarajevo, Bosnia and Herzegovina, lived through the siege of Sarajevo, and near the end of the war, left for the United States. Her new series, The Sea Inside (Portraits of Waves), speaks it’s own language, a universal language of the power of the sea. I have had the great pleasure of seeing this work in person, and it stands apart from anything in a similar vein. The images truly look as if created in charcoal–they are earthy, other worldly, and uniquely expressed.

After earning a B.A. at U.C.L.A and an M.A. at University of Pennsylvania, Svjetlana worked in a variety of jobs related to human rights and mass media, with experience in television and documentary film production, archive management, research and advocacy, and eventually found herself with a camera in hand. Her work has been exhibited across the country and was selected as a Critical Mass finalist in 2010. It will also be on exhibition at the Griffin Museum, opening tonight and running through May 1st, with an opening reception on February 17th and participating artists on hand.

The Sea Inside (Portraits of Waves) is a series of abstract black-and-white images exploring the energy, complexity and individuality of ocean waves. More than simply being photographic representations, the images in The Sea Inside are unique and subjective interpretations, imbued with myemotional connection to the sea.

The sea has always had a magnetic effect on me. Growing up in Bosnia, I spent summers at the Adriatic Sea. The rest of the year I longed to be near it, often remembering my long, solitary evening swims when, far from the shore, only the glow of the day’s last light and the deep darkness of the sea seemed to exist. I found unspeakable beauty and peace in my deep seawater solitude. 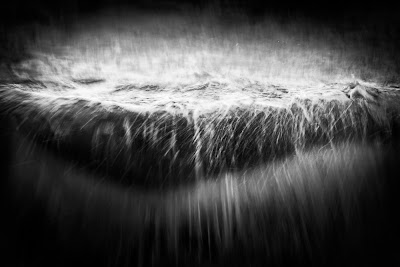 In the summer of 2008, a world away from the Adriatic Sea, I began to photograph waves. The desire was instinctive and almost inexplicable. Now my eyes beheld the Pacific and the Atlantic Oceans, vast and mighty waters quite different from the calm cove of the Adriatic I once knew and still know in my memories. Ocean waves are untamable, but I photographed them as if I could somehow tame them, as if I could calm them and find peace inside them. 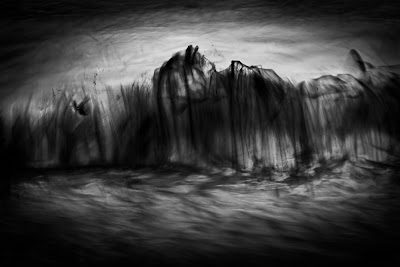 Fraught with dualities and complexities, waves are a metaphor for life. Mysterious and violent, at once they symbolize birth and destruction; force and fragility; chaos and peace. The same force that gives them life takes it away, often in the course of a human breath. Waves come and go, too fast for the eye to focus on their fleeting gestures, so our minds find comfort in their predictability and similarity. And yet, no two waves are ever alike!they embody the idea of the infinite. 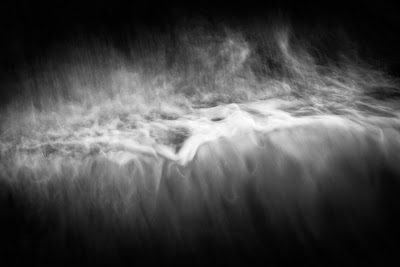 When I look at waves, I see invisible winds carving and crushing nameless sculptures never to be seen again. I also see reflections of myself as if I disappeared among waves. “It is a place of faith,” Ondaatje wrote of the desert. The same could be said of the sea. For me it is a place of consolation, a place where my faith in life is renewed. 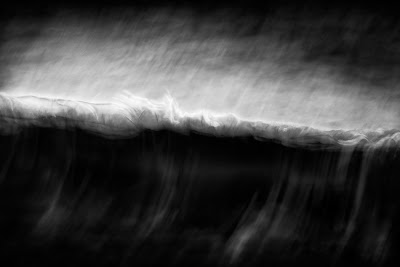 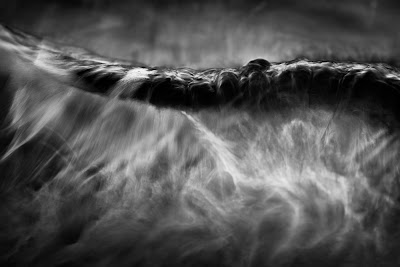 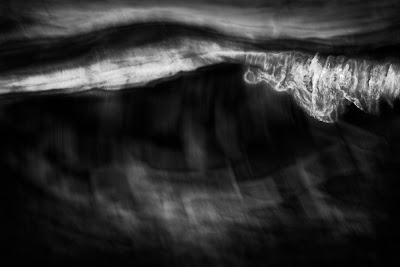 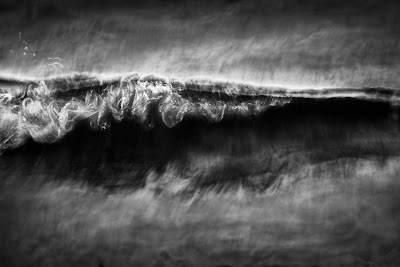 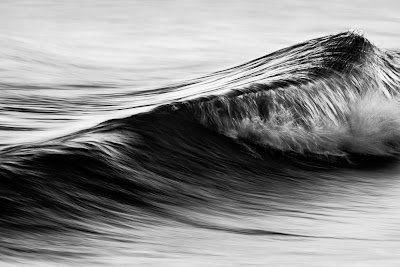 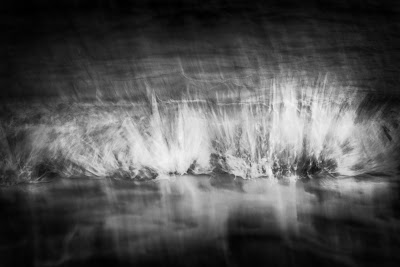 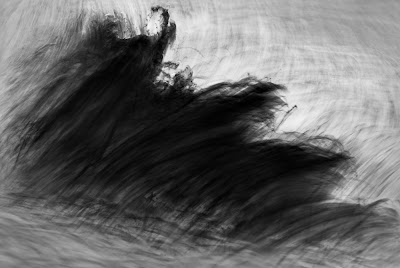 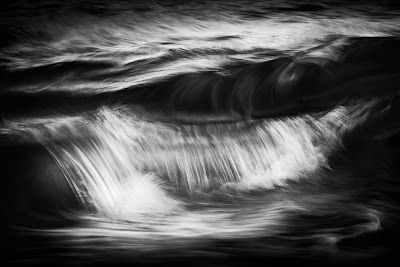 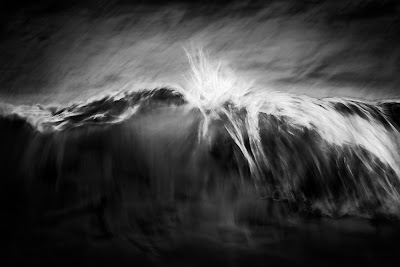