Los Angeles photographer, Zoran Milosavljevic, really knows his hometown. Literally, block by block. He has completed a seven year series, The Wilshire Project, exploring a city and it’s inhabitants using a sixteen mile boulevard as it’s axis. Zoran is primarily a street photographer capturing the urban environment. After attending the San Francisco Art Institute for photography and the American Film Institute for cinematography, he has traveled the globe documenting street life in a variety of countries. For this project, he stayed close to home.

The Wilshire Project:
Wilshire Boulevard runs almost sixteen miles—roughly the length of Manhattan—from the skyscrapers in downtown Los Angeles to the ocean in Santa Monica. It cuts its way through communities that make up the cityʼs very heart. Some names every local knows, and others carry fame worldwide—MacArthur Park; Korea Town; Hancock Park; the Miracle Mile; Beverly Hills. Along its one hundred ninety-five blocks, the pedestrian encounters every kind of person, every nationality, every architectural style, every kind of business, every kind of landmark that has come to typify the City of Angels. In short, Wilshire Boulevard is Los Angeles. 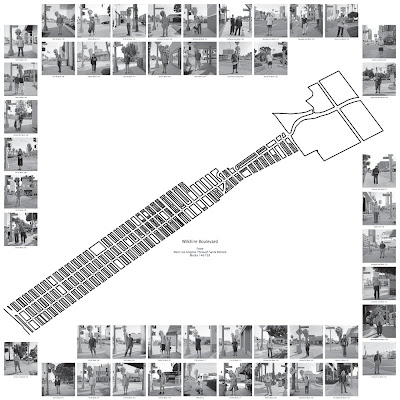 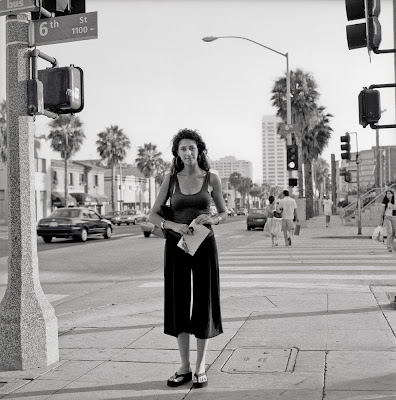 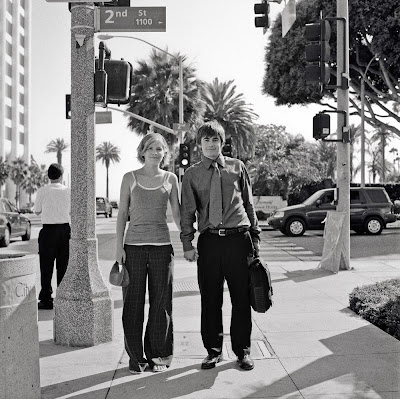 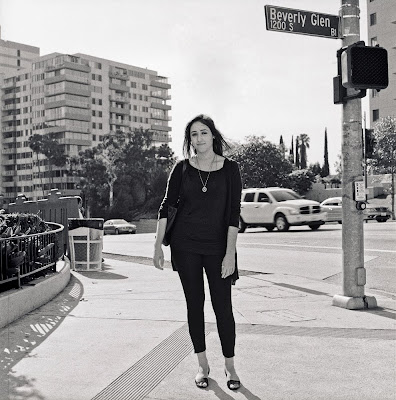 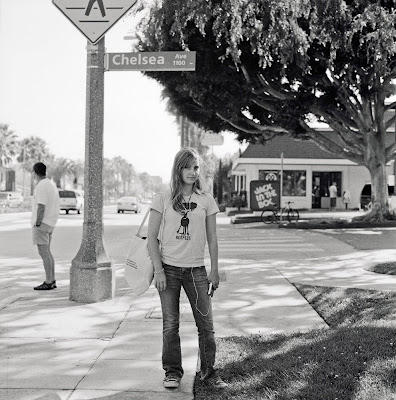 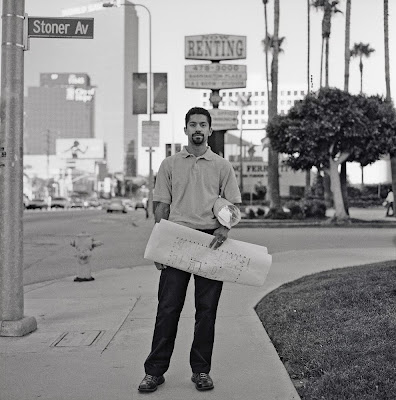 I gave myself simple rules. Every corner would be represented, documented by a street sign. I only took photographs of people I encountered on the street. They determined the locations, not landmarks, remarkable architecture, or great views. I wanted to document the living city, not its buildings.

I had no preparatory questions and set no requirements, except that they were on Wilshire Boulevard and willing to pose for roughly six exposures. I asked people to look at the camera, but gave no other directions. Their poses remain their own, personal statements of those individuals in those particular times at those specific places. 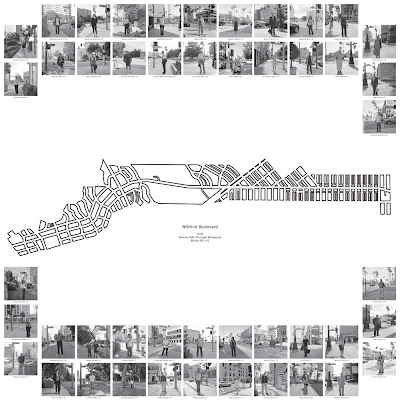 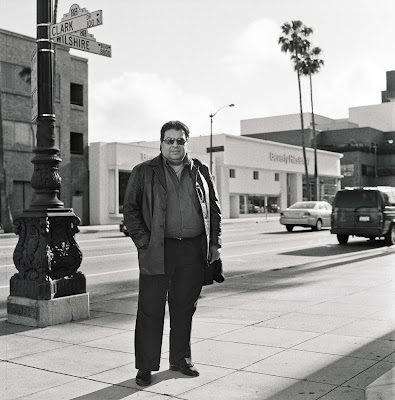 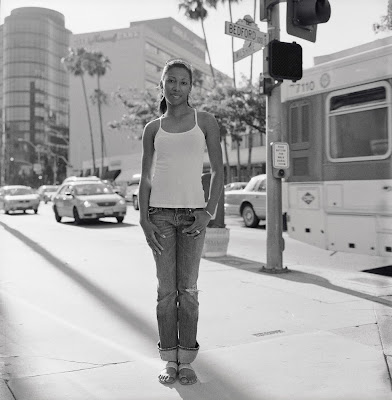 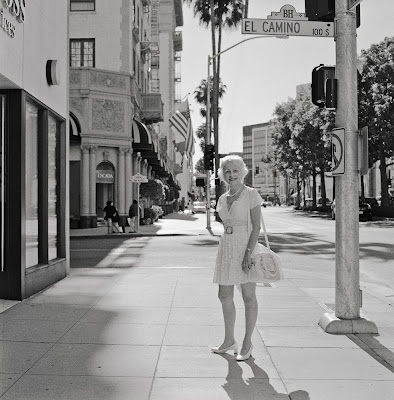 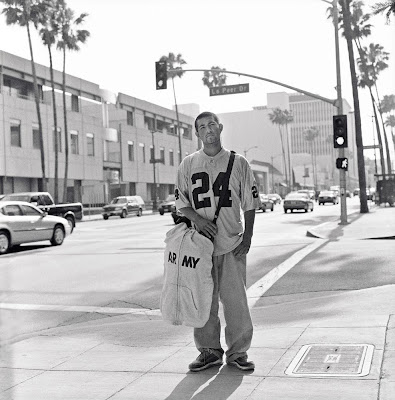 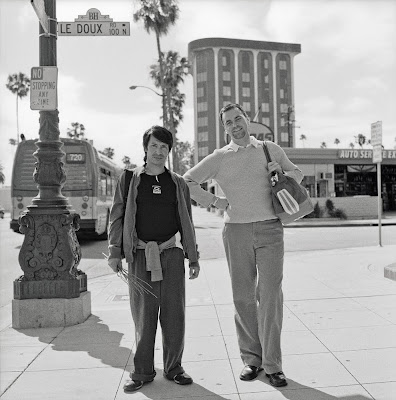 I think when you take a picture of someone that way, itʼs a kind of test for them. They have an opportunity. It is a chance to answer the question: How do you want to be remembered? At this time, in this place? Itʼs up to you. Some took the opportunity to promote themselves. Others struggled to hide their emotions and themselves. I had no interest in taking flattering, or unflattering, shots. I wanted to show people as they wanted to present themselves. 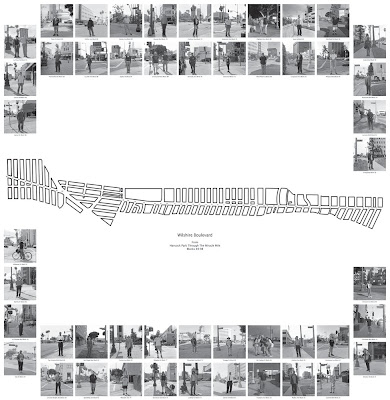 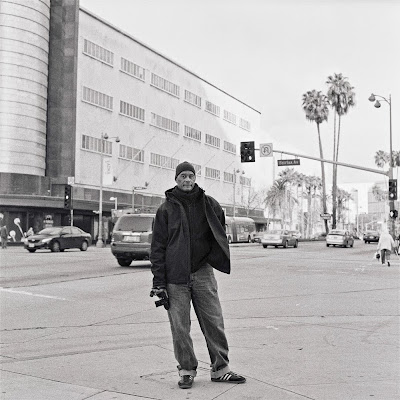 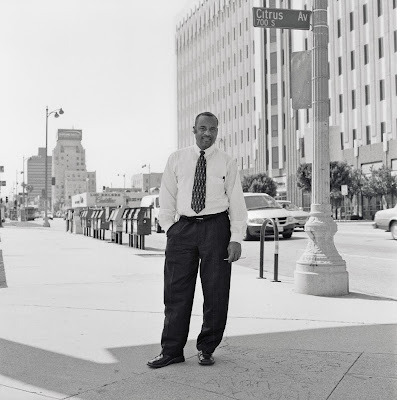 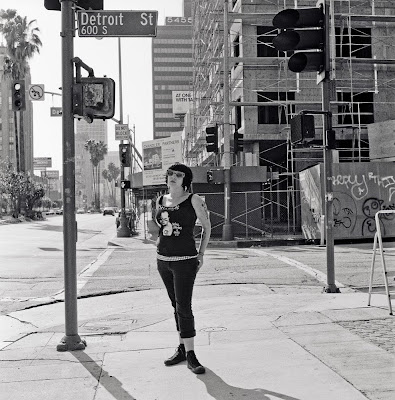 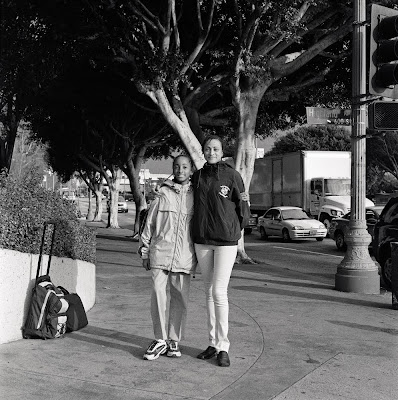 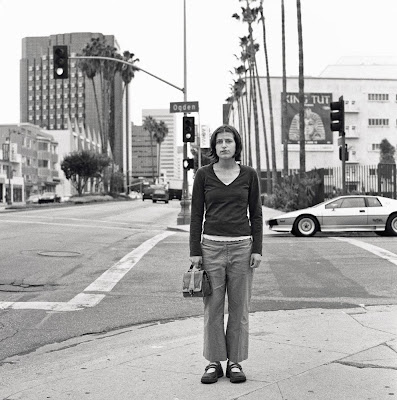 I did not ask people for their stories, but many gave them anyway. There was the man just released from prison. A woman studying law; a man selling Bibles who made me promise to read the scriptures; aspiring actors and musicians; homeless people expressing quiet dignity; and tourists exploring the city in the most unorthodox way, by walking. And on Wilshire and Ocean, the final block, I photographed a friend who in a city of 3.8 million people, just happened to be passing by. 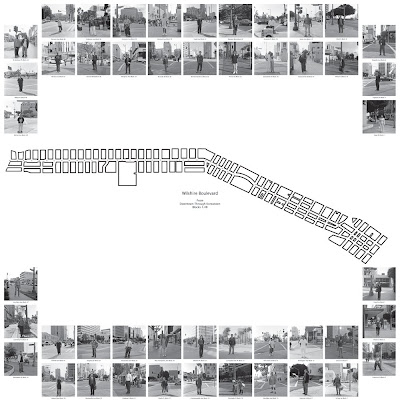 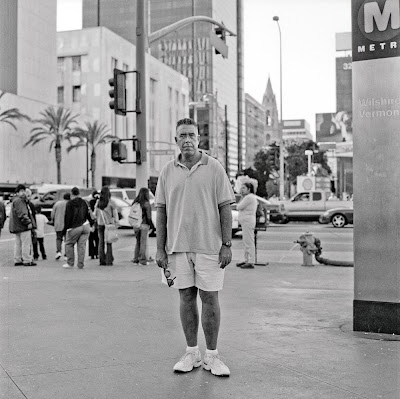 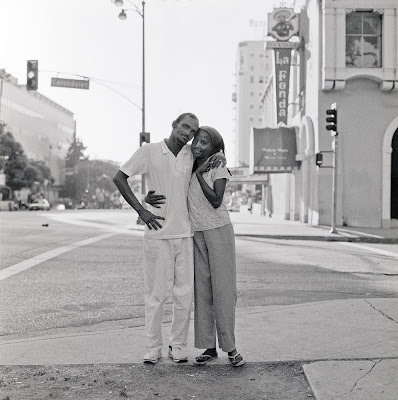 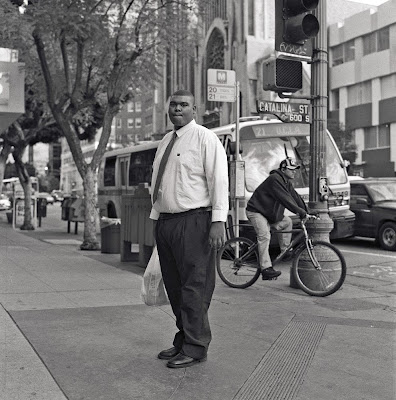 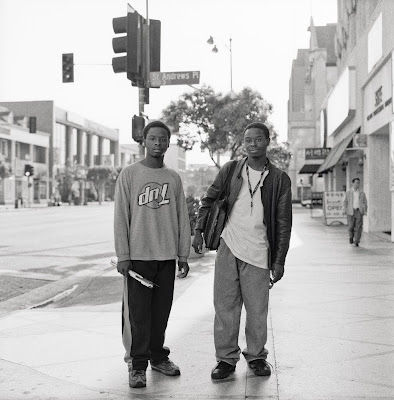 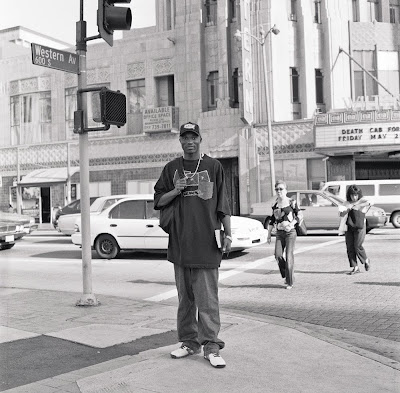 The result captures an essence unique to a city so often simplified, stereotyped, and misrepresented. Ultimately, the Wilshire Project makes tangible the diversity, complexity, and simple basic humanity inherent to Los Angeles.