I am always amazed how artists and photographers find new ways to interpret the natural world, in particular the ocean. The appeal of water in motion is unending and Paul Bobko came to his own unique interpretation while sitting on a surfboard waiting for the perfect wave. It was during this meditative and focused time, that Paul began to see the shape and energy of the wave in a new light. The series, Water Landscapes-Suspended Energy, is now on exhibition at the Alan Kotz Gallery in New York City and runs through August 19th, 2011.

California born, Paul lives and works as photographer in New York City. He received a BBA for Finance/international Business at the McCombs School of Business at the University of Texas. His art work has appeared recently in the Texas National 2010 show, has been published recently in the American Photography 24 annual (AP24) and in the Humble Arts Collector’s Guide to New Art Photography Vol. 2.

Water Landscapes-Suspended Energy: This series of work was photographed on the shores of the New York and California coasts. The initial inspiration for this project originated from viewing waves in close proximity as a surfer. The composition of each image is similar to that of a formal landscape with the photograph taken straight at the horizon. This formal consideration comes directly from the point of view and perspective one experiences when in the water immediately before passing through an approaching wave. 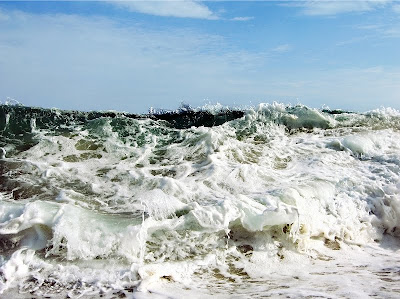 As the wave moves towards the shore, the energy that propels it’s motion gives way to the ocean floor. The forward movement is slowed while forces push the wave higher and higher until a point where the wave seems to hesitate before the ocean’s energy is released and the wave breaks. As this energy changes shape, the formal structure of the landscape breaks down and the seeming passive forms become active. This series attempts to capture this moment and attempts to create a shared experience between the photographer and the viewer. 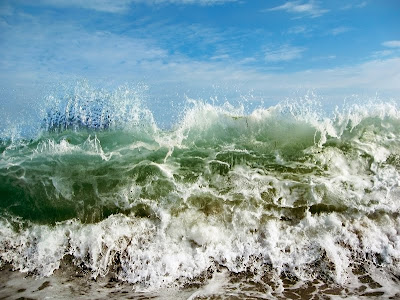 While the energy from the ocean is constant and ordinary, every wave is unique– an endless number of possibilities. Apart from the point of view chosen, my control over the choice of image is dependent on chance occurrence. Many waves pass by while many images are captured but the choice to take a photograph is dependent on primarily aesthetic considerations. The right location, the right weather and wave conditions are all required and sought out but ultimately I have no control over the subject just like the audience of my images. My decision to take a shot is based primarily on my desire to capture an appealing sculptural form that possesses the energy of the ocean. I’m looking for a poetry in the shapes, colors and patterns as light passes over and through the ocean. 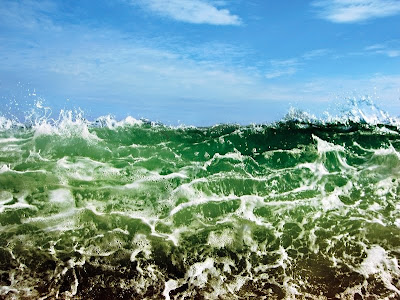 With the point of view (looking straight at the horizon)that is chosen, the viewer may initially perceive a water landscape that appears tranquil or even static. My hope in many of the images is to create a tension as the viewer realizes that the photo is not that of a static landscape but of a powerful ocean wave that is momentarily suspended and captured by the camera. Many of the waves I’ve chosen along with the lighting conditions and production decisions have followed my photographic intentions to present images of waves that appear abstract in their forms; forms which may be confused with landscapes other than water. Each viewer will react to the images and interpret their significance according to their own experiences and imagination, my hope is that viewer will be affected in some way by the beauty and energy that exists in these ocean landscapes. 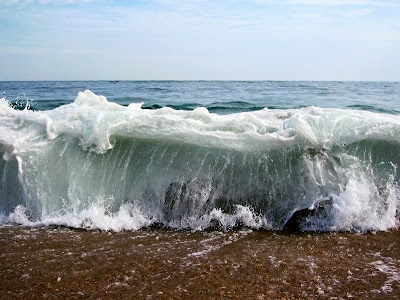 It has been a pleasure to work on this project. Due to an injury, I have not been able to surf for many years. The process of choosing the locations, the days on which I can find the right sized waves and the physical act of taking these photographs put me back in an experience that was very similar to surfing again. 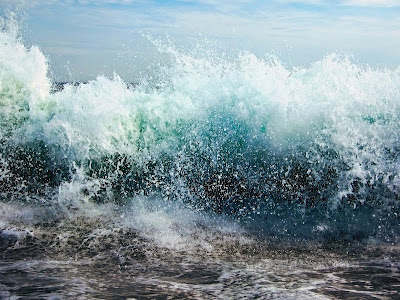 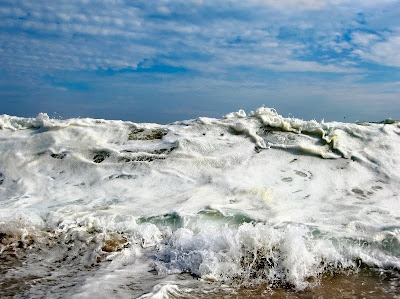 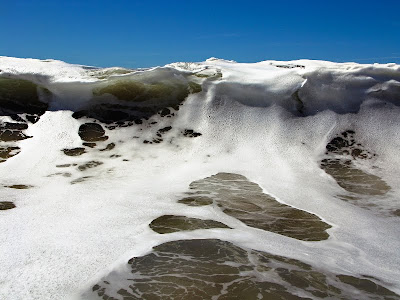 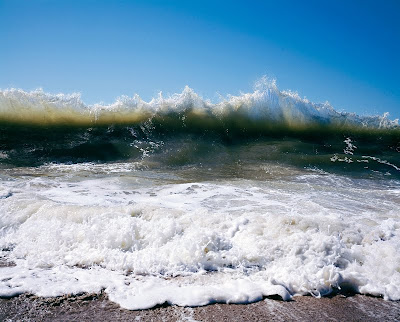 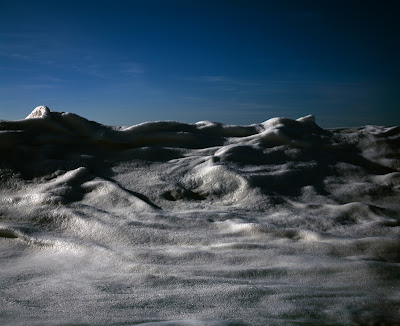 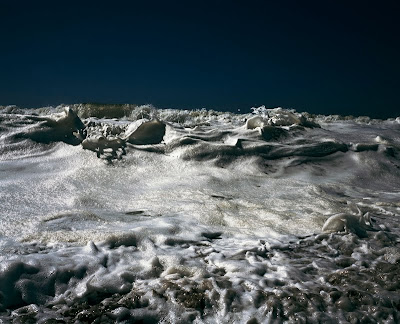 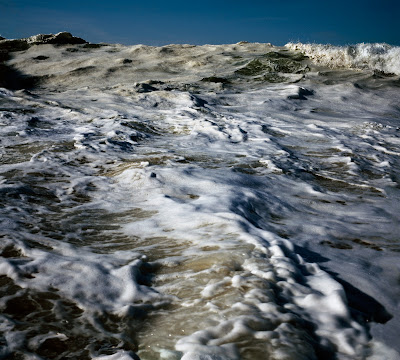 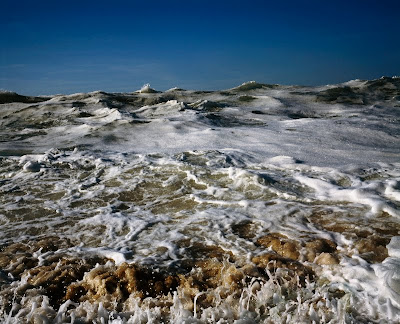