Rebecca Reeve, a British artist living and working in Brooklyn, New York, has been working in the Everglades National Park (AIRIE), where she recently completed an artist residency. Rebecca’s approach to image making is a fascinating exploration of place, concept, and history. 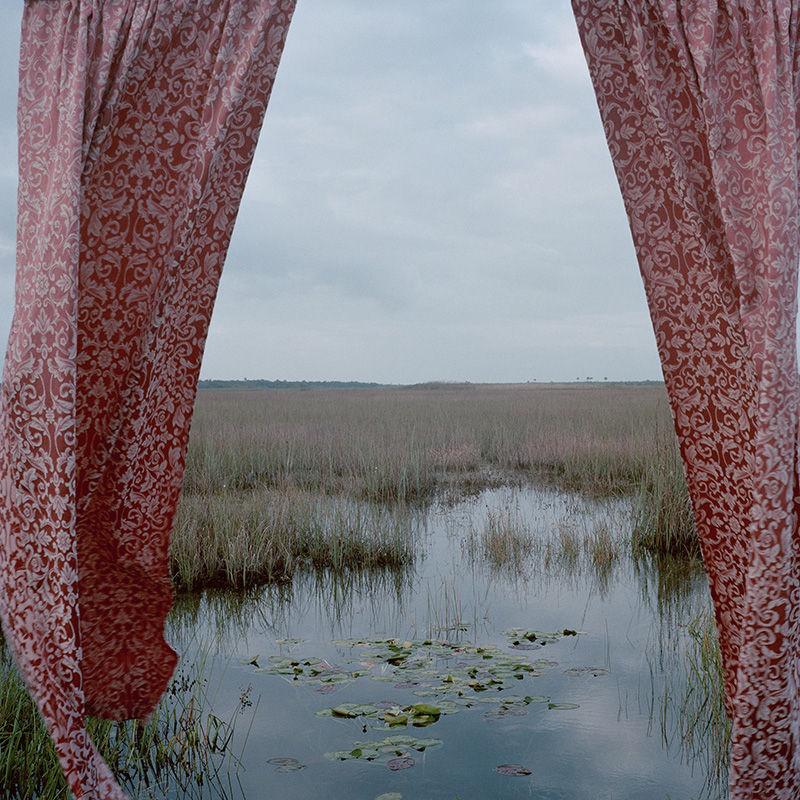 Rebecca explains the project:”This series of images draws inspiration from a ritual practiced during the turn of the last century in Europe. It was customary during the first days of someone passing, whilst the body was still in the family home before burial, to cover all mirrors and paintings of landscapes so that the spirit would not have trouble leaving this world. It made me think about where we would be without beautiful vistas such as those of the Everglades and the importance that such experiences have in our lives. I shot a number of landscape scenes in the Everglades, placing actual curtains suspended from a rail in the foreground of each photograph as a frame. I purchased a number of used draperies from Salvation Army and Goodwill stores in the area. The curtains function on several levels, firstly, they have a history of Floridian lives attached to them and are part of the social landscape here in Florida. Secondly, in our ever increasing interior and artificial lifestyles, particularly in urban areas, we are becoming increasingly detached from the wilderness experience, the curtains serve as visual connectors if you will. The fact that curtains serve to block out the light coming through a window, in these images the reverse is true, it is an add visual twist. I shot in both day and night situations, using a generator at night to power lights which will light the landscape.”

Marjory’s World
(All images 2012-13)
Marjory’s World is a series made during my AIRIE resiidency in the Everglades in December 2012.  It draws inspiration from a practice in late 1800s Holland, whereby during the home wake of a deceased person, it was customary  to cover all the mirrors, landscape paintings and portraits with cloths. It was believed this would make it easier for the soul to leave the body and subdue any temptations to stay in this world. 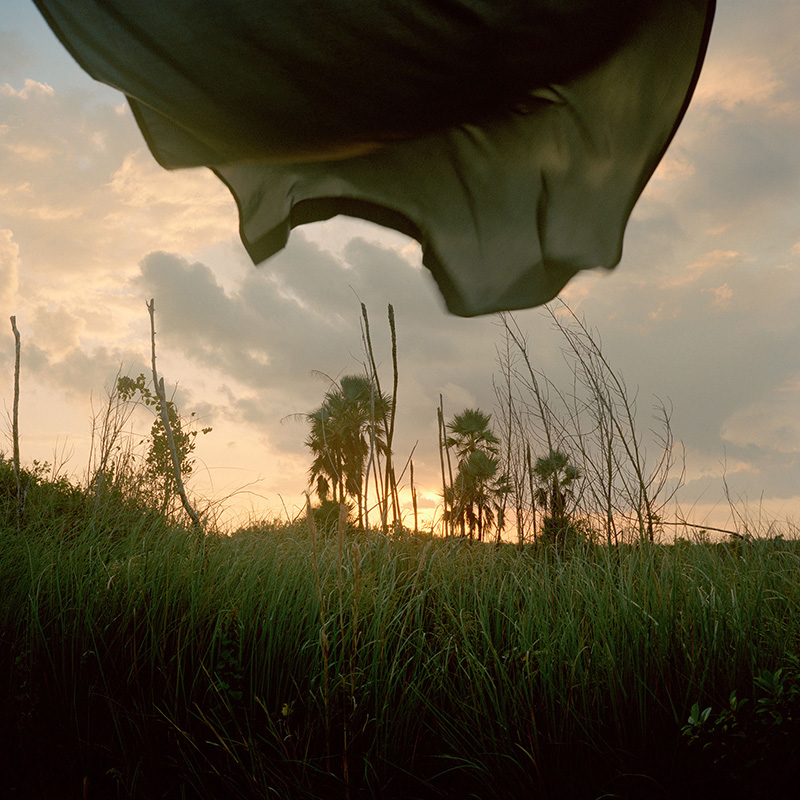 The ritual seemed, by extension, to be a confirmation of the deeply moving experience that one often feels in the natural environment, and thus provided me a literal and contextual frame within which to shoot the Everglades.  The curtains, all purchased from Goodwill and Salvation Army stores in south Florida, represent a “social fabric” with a  history already attached to them. In our increasingly urban existence that ever distances us from the wilderness experience, the drapes serve as visual connectors to the familiar. 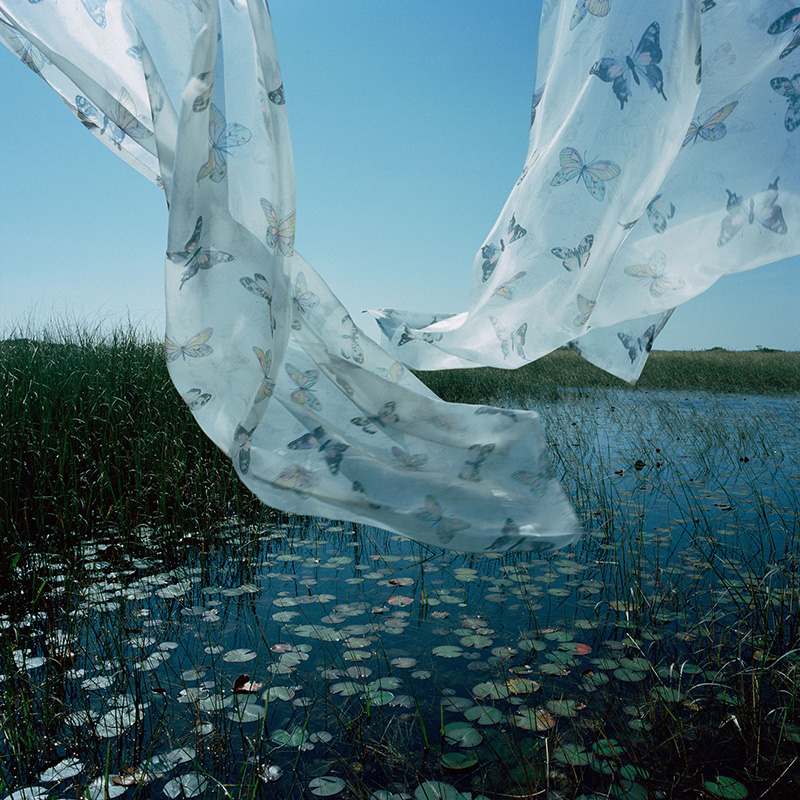 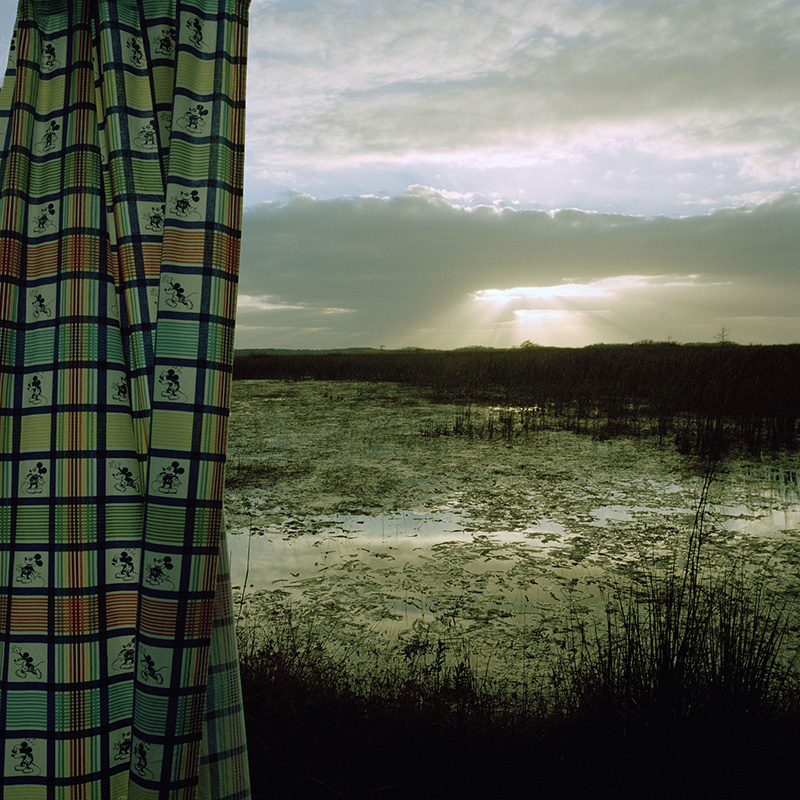 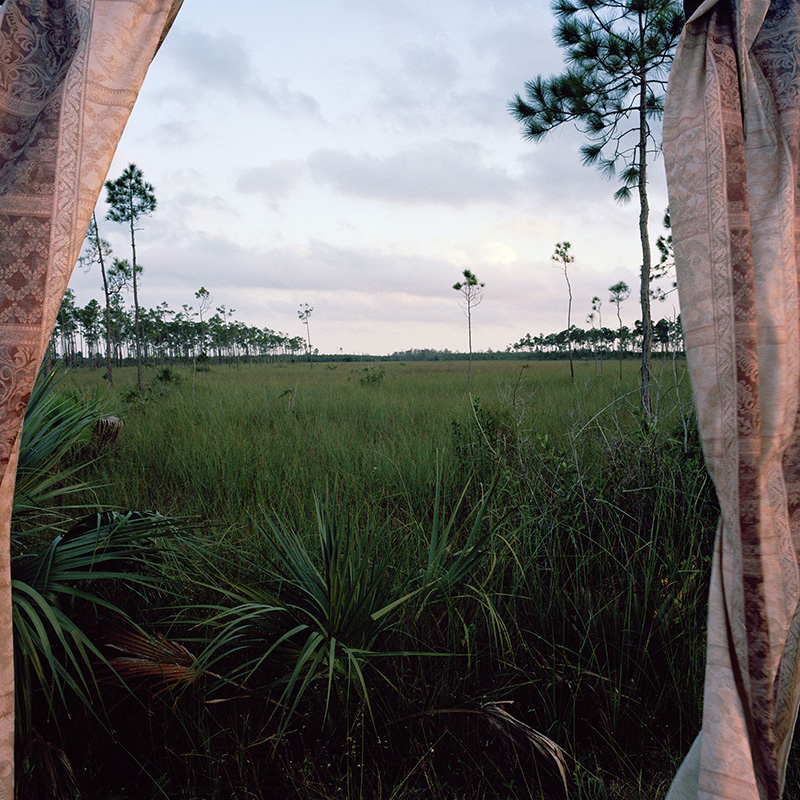 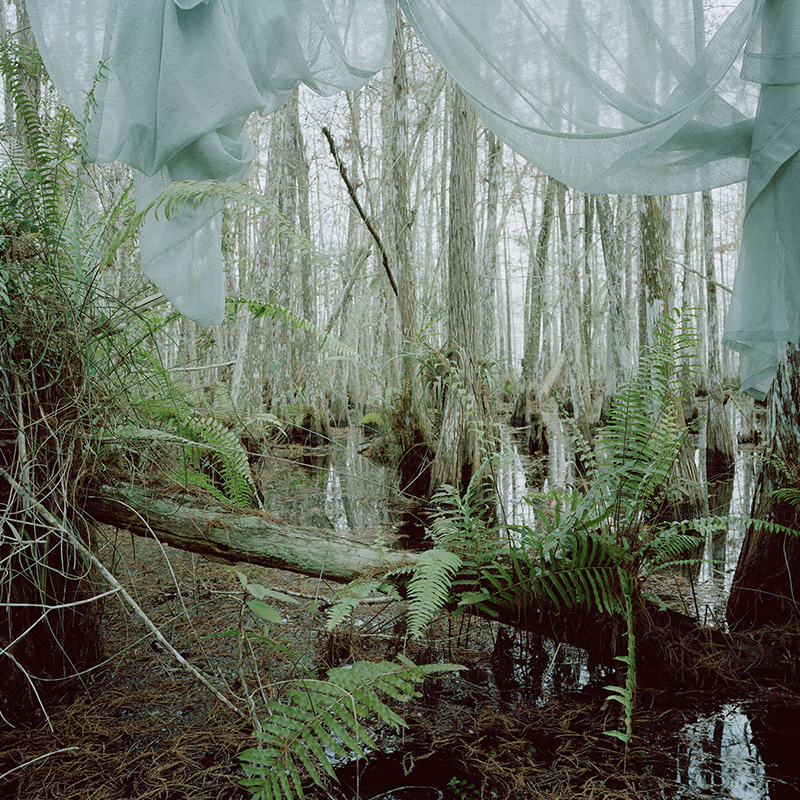 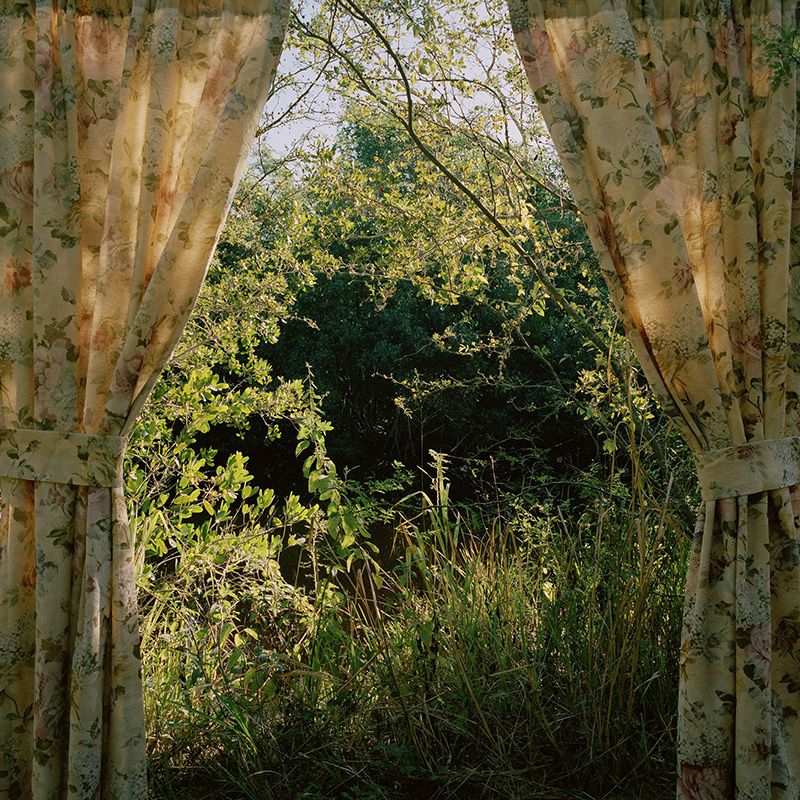 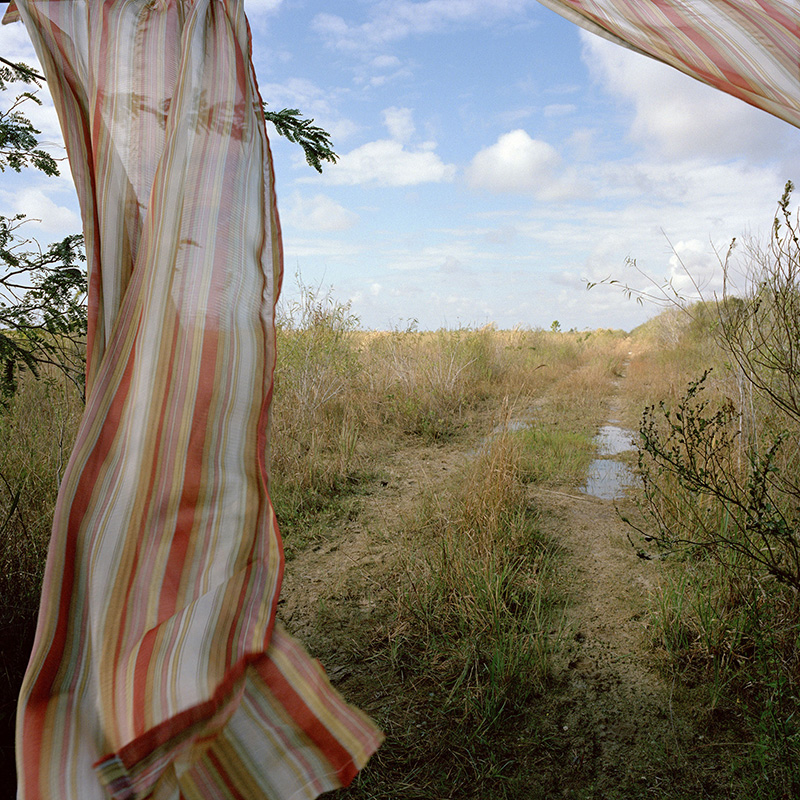 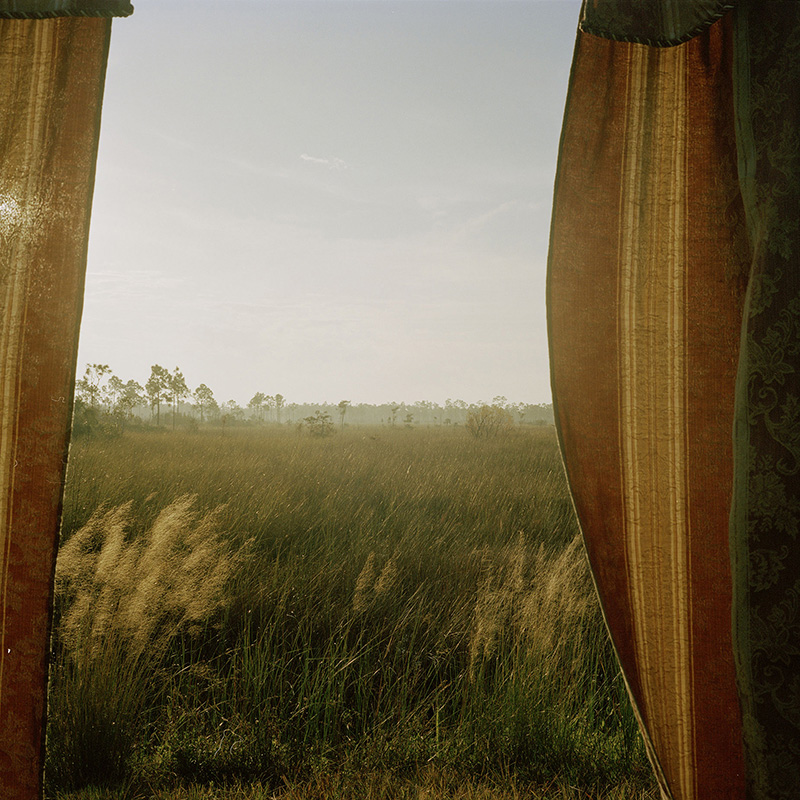 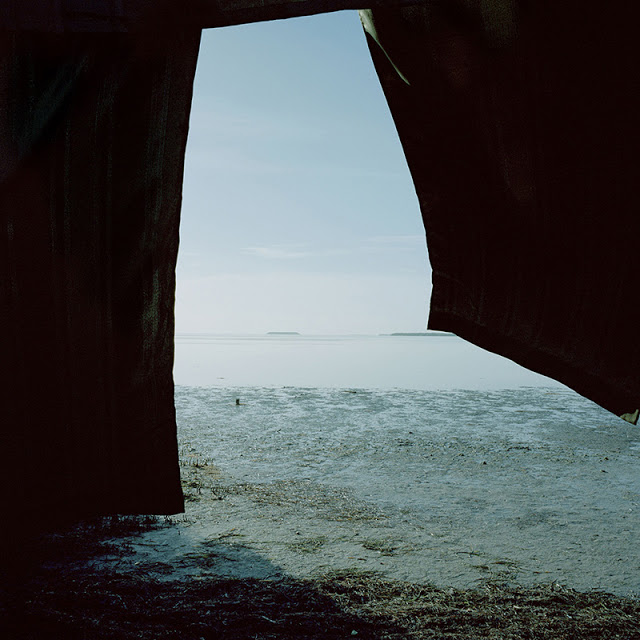 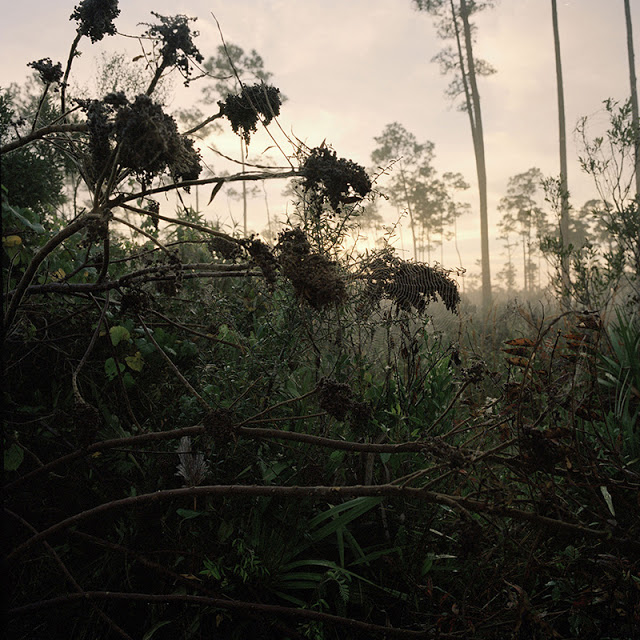 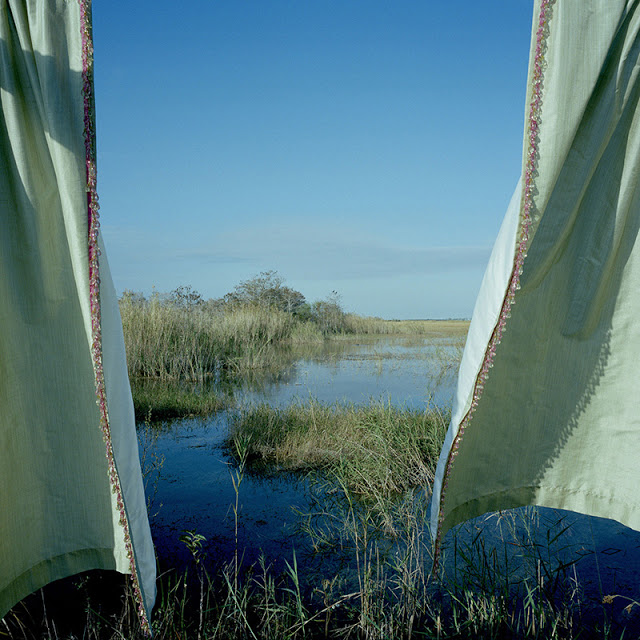 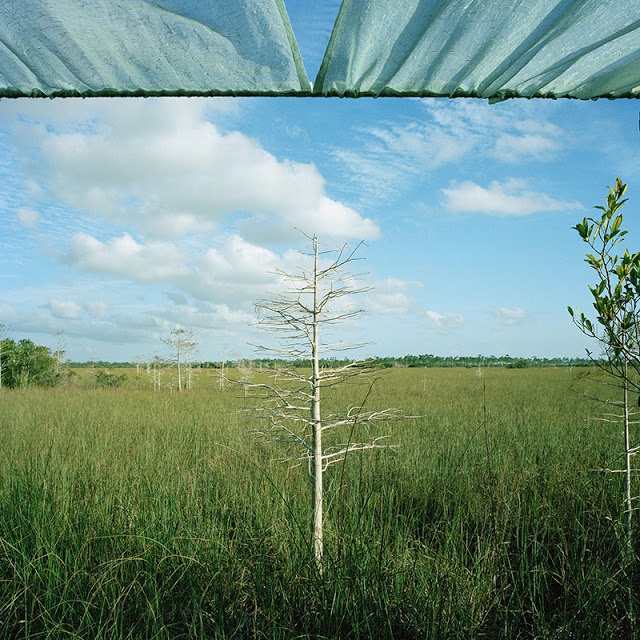 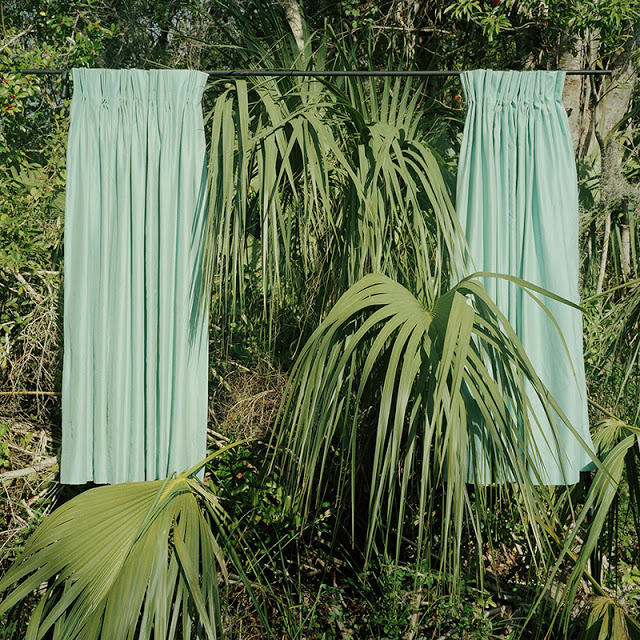 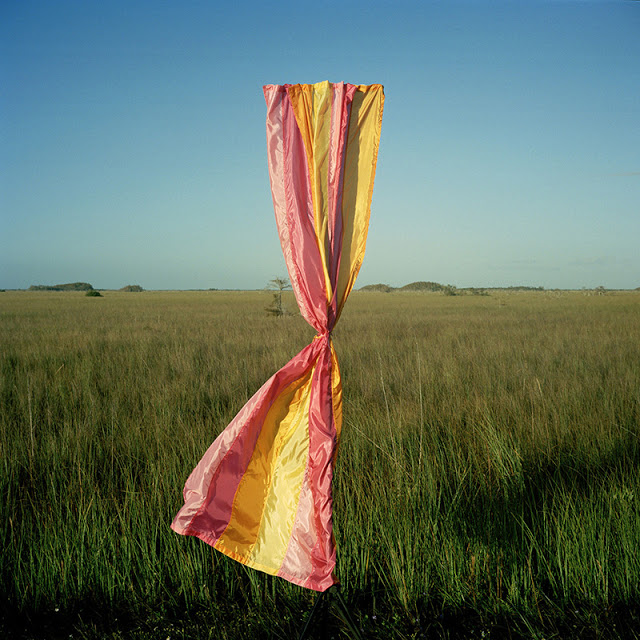 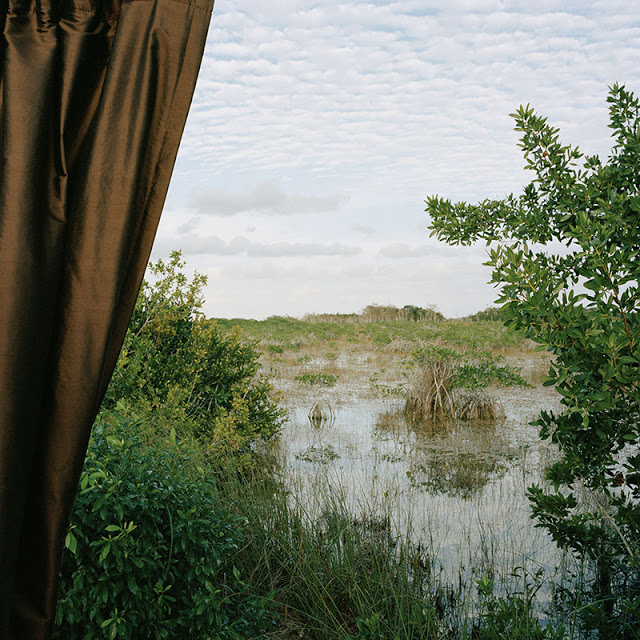 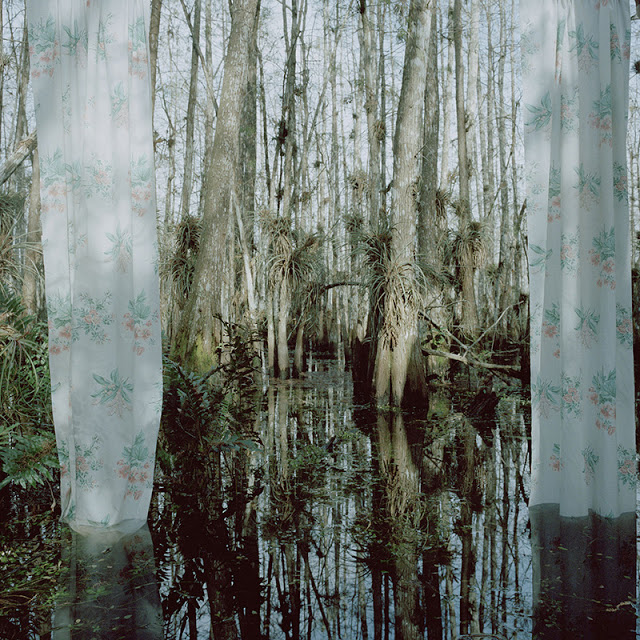 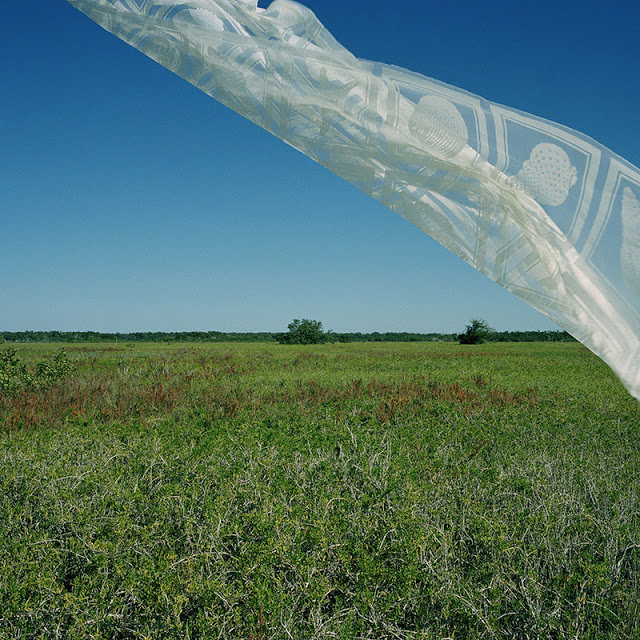 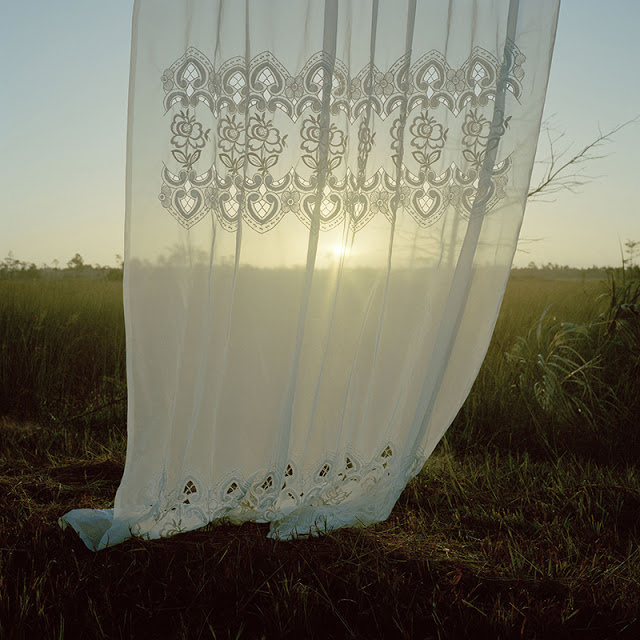 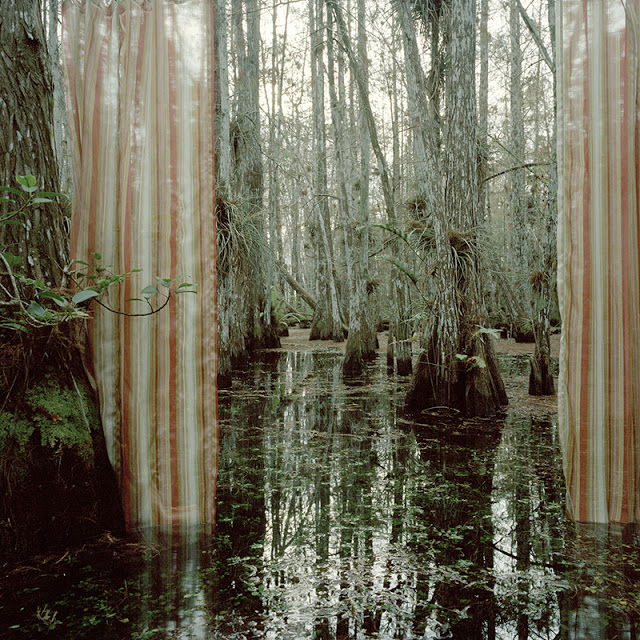 Tags: Based on Paintings, Rebecca Reeve