Photographer Michael Pointer was the 4th Runner Up in Canteen’s Naked Judging contest. The work he presented was unusual, cooked up in the darkroom like a chef, mixing in ingredients and ideas to create a new way of looking a photographs. Michael is  a fourth generation artist, his father is a painter and grew up drawing and painting. His interest in literature and creative writing led a BA in English with an emphasis on Creative Writing. He uses poetry as the vehicle  to begin the formation of visual ideas and establishing an emotional template to refer to while he works on a series of images. Michael was a Lecturer of Photography at Wichita State University School of Art and Design and most recently lived in Kabul, Afghanistan providing dental laboratory support for a free clinic and taking dental treatment into imprisoned Afghan women and their children. He is currently on the CCAA Advisory Board.

The body of work could have garnered more impact if the judges had read his statement and understood his process and point of view. For those who don’t think the artist statement should matter, I think Michael’s project is a  perfect example of why they do.  I, for one, feel that an artist’s statement can make or break a body of work–it can fill in the blanks, give us a deeper understanding of what we are looking at and what the photographer has gone through to create the work.  What frustrated Michael was that the judges hadn’t understood his processes, that he was working with darkroom chemistry, not using a paintbrush or pencil.

Comments from First Round Jurors:
I like the use of alternative processing, and it’s a very strong group of images. Consistently holds my interest. Looks a bit like the beginning of “American Horror Story.” Forwarded.

Response from the Photographer:
I was impressed by the ideals stated for the contest, in particular because I had been included in The Art of Photography Show and spent a huge amount of money to be part of it. By the time all was said and done, I had spent about $1,000 for a line on my CV. That being said, I did learn much from Julian Cox and very much appreciated his insights about my work in TAOPS.
Canteen provided an opportunity to see all of the entries to be juried and to see the jurors comments as well. That process was fascinating, I found that I agreed with much of what the jurors said. Most importantly, I began to grasp what the jurors understood about images that they considered to be fine art photography and that they made a distinction between fine art, documentary, and editorial photography. I felt that all of the live judging comments were appropriate to the process, I was not expecting in depth commentary and analysis. I’m still not sure that the audience added much, but it did make it more lively. I was surprised that the jurors were not supplied with the artist statements so that they could answer some of the questions they had.
They continued to talk about painting and drawing on my work, almost all of which was done with darkroom chemistry in the active development of the images, my statement clearly stated that this work is an exploration of the boundaries and relationships of painting to photography. My father, a painter, and I used to have lengthy discussions about things we saw and whether the view would be best as a photograph or a painting. All in all, I was highly intrigued and gratified by the entire process.

This work (gelatin silver monotype prints) explores the boundaries and relationship between photography and painting. I produce photo based images that are anchored in the reality of photography with the extended metaphor of painting. I want the viewer to be aware of the surface of the photographic paper, the same as paint on canvas. The work is an invitation to look for the larger ideas within the image. The viewer shares the presence of the photographer and the geography, the structure of evidence. The physical reaction to presence with two degrees of separation, the camera/photographer/film to print to viewer, an apostolic chain of touch, one hand to the next. So gelatin silver paper becomes my canvas, evidence of me. My work attempts to expand the creative territory within analog photography. I begin the process by writing a series of poems which become an emotional template for reference while I work on a series. The resulting images are not illustrations of the poetry and I don’t usually publish the poetry with the images. 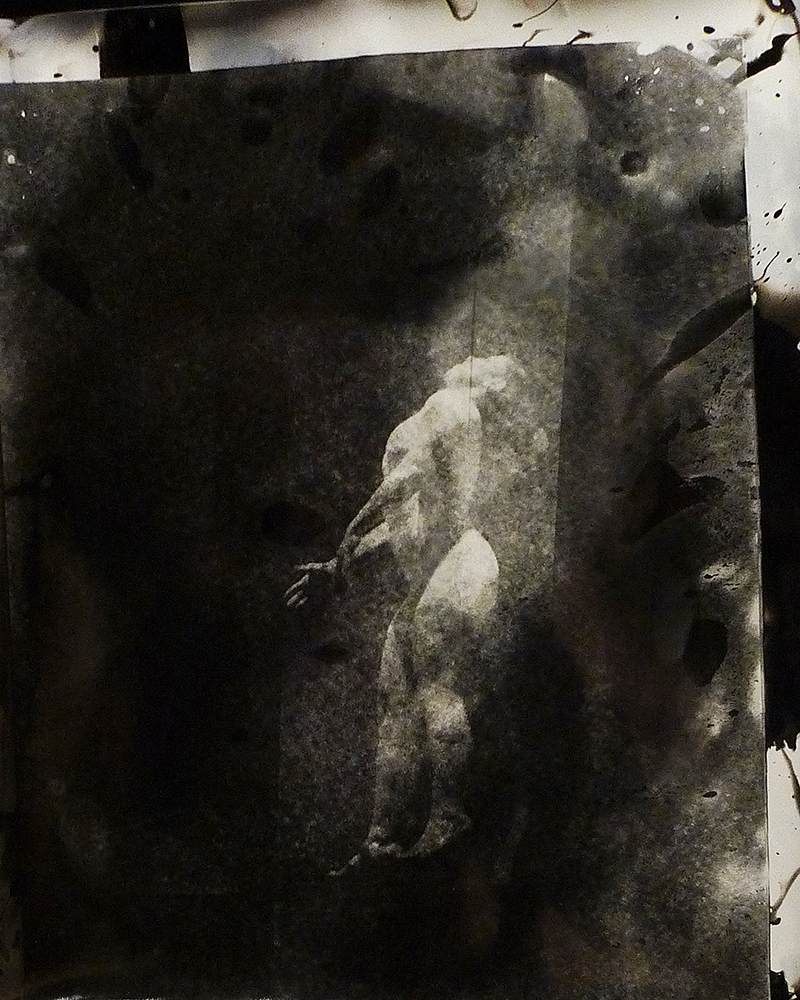 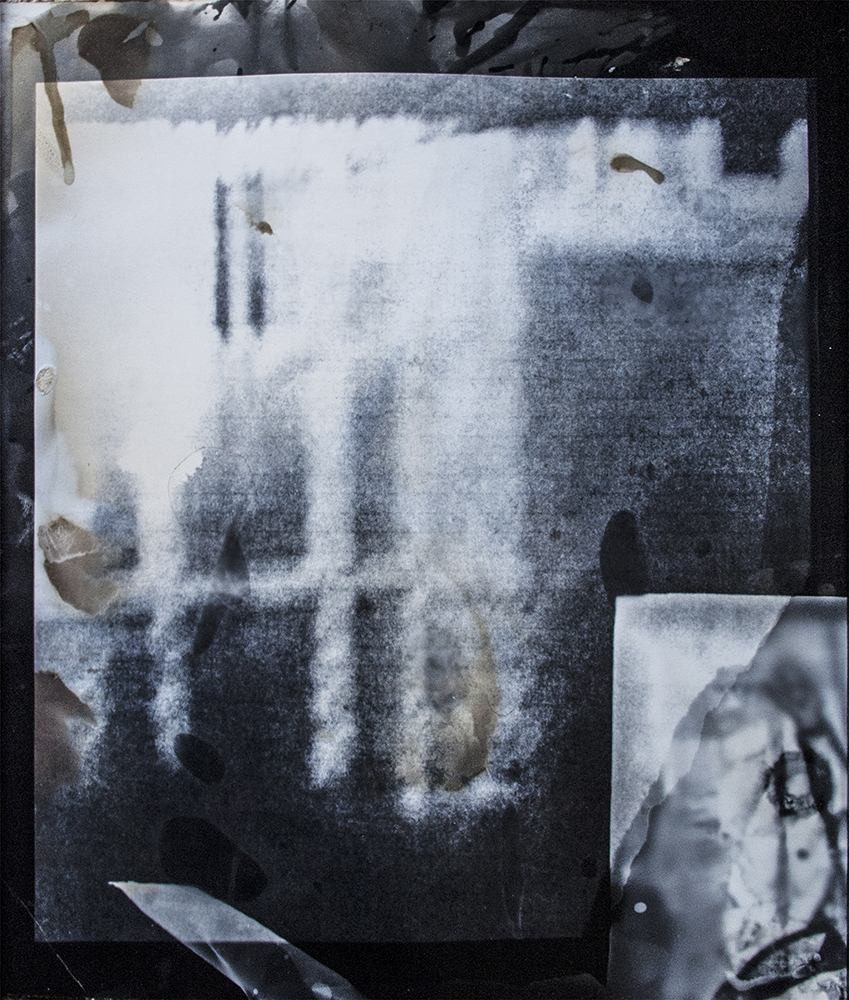 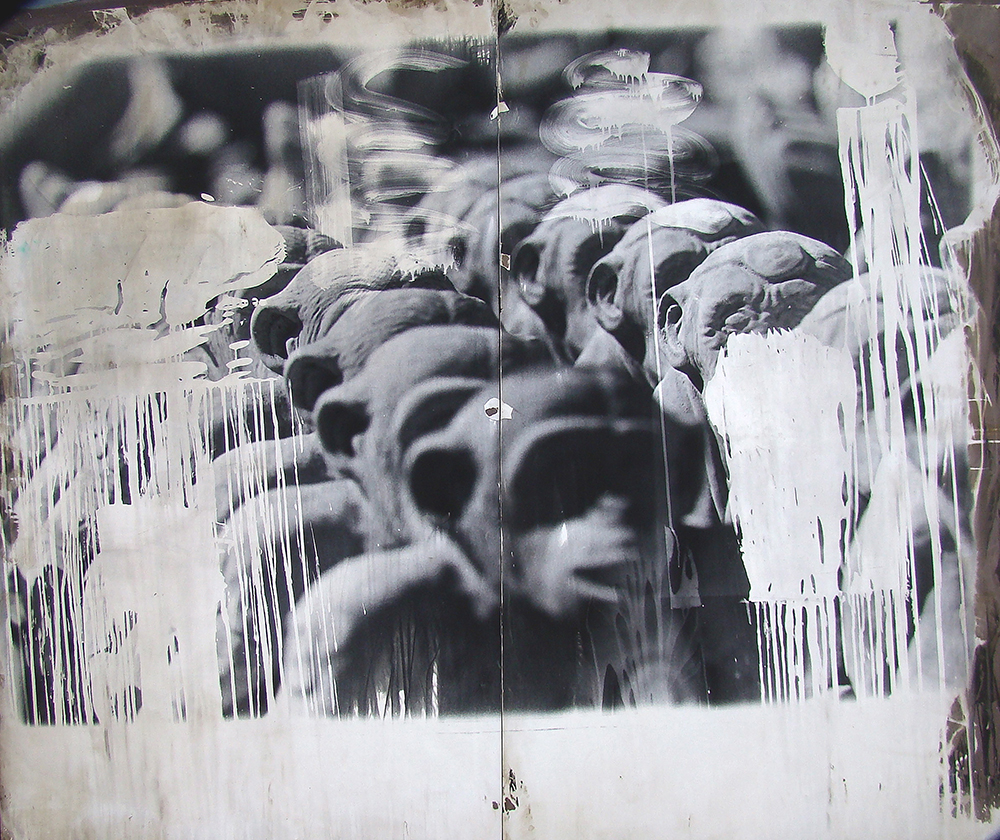 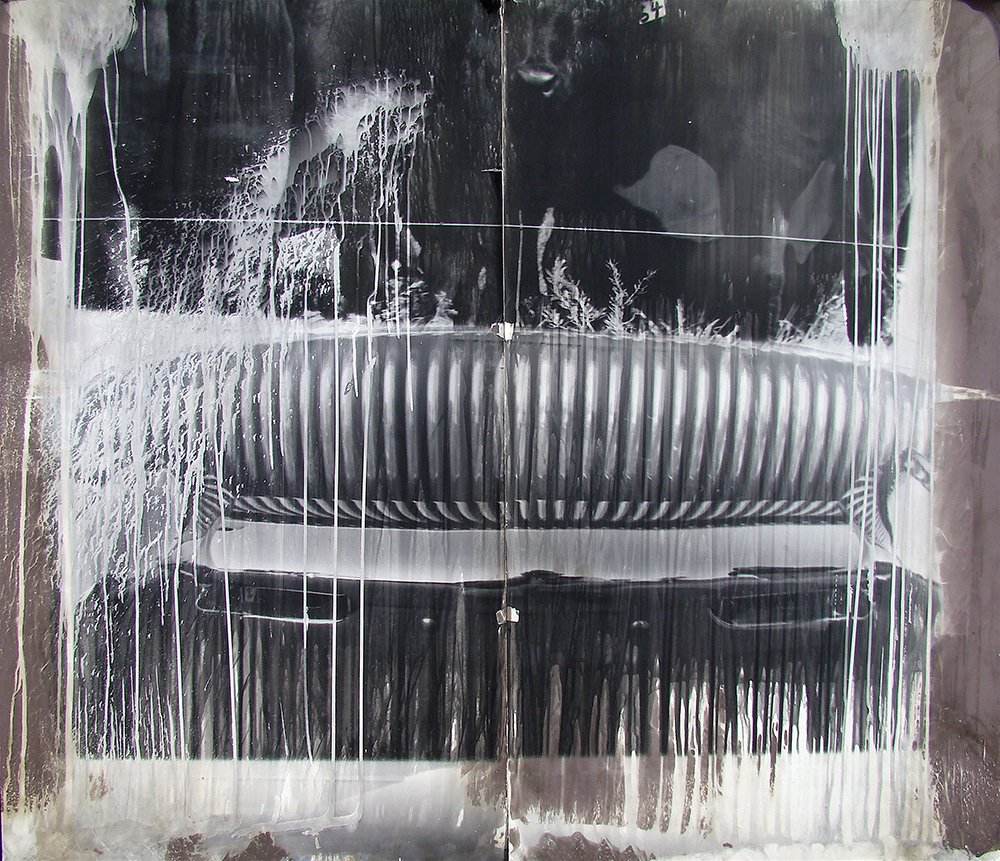 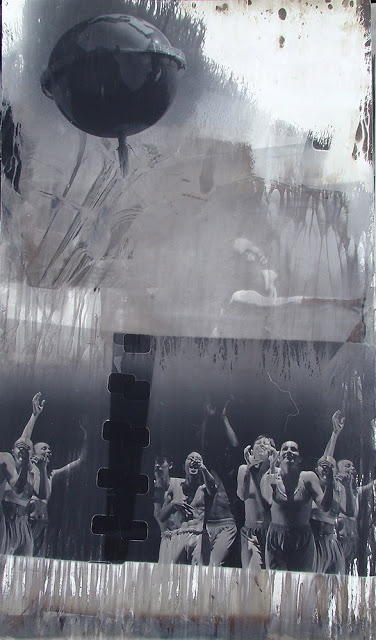 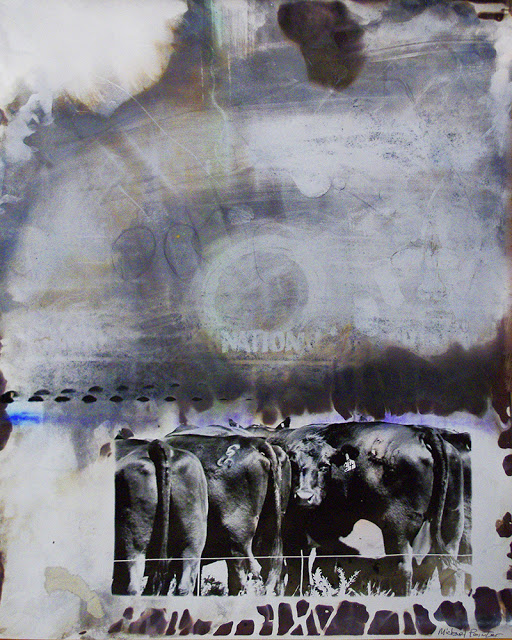 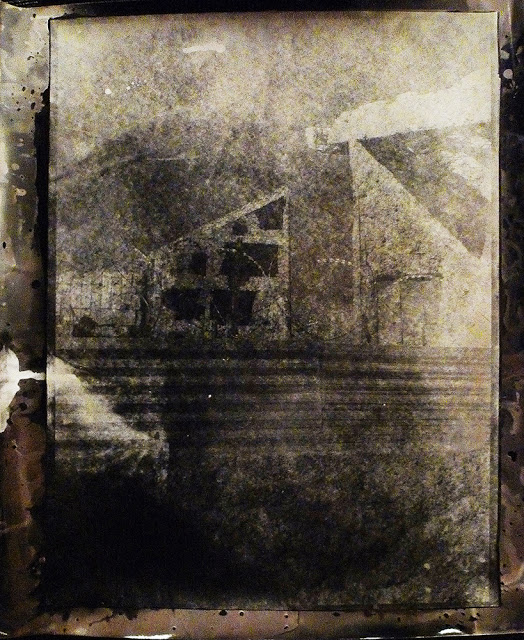 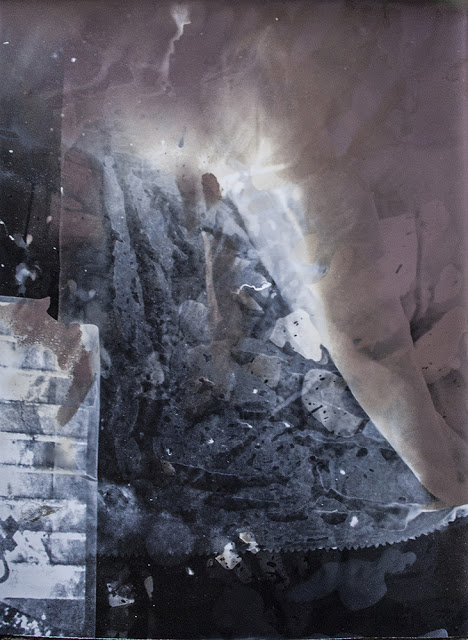