Photographer George McClintock’s work was discussed at length by the second round judge’s in Canteen Magazine’s Live Naked Judging session. At one point, the judges debated over the era of the work–by this time,  I was screaming at my computer screen as it seemed so obvious that it was not contemporary imagery.  But that said, it’s terrific work no matter what the era–street photography that stands the test of time, and in some ways, gets better with a little patina.  Congratulations to George for his 3rd Runner Up status.

George has had and interesting life and I think it’s best that he describe it:

I was born into a conservative midwestern family and started taking pictures and developing my black and white film when I was eleven years old.  At fifteen I believed I was an artist and wanted to study photography.  Somehow I would combine photography with music, the drums being the other great love of my youth, and thrive.  It was a dream deferred; my school had neither music program nor darkroom.  I would have to teach myself music and photography; my life became and remains an autodidactic trajectory.

Since early childhood I have loved music and photography. Somehow I made it to Paris to study cinematic theory. As luck would have it, within a few weeks I found myself penniless. I played la variété française in cafés and jazz in the street. When I was not making music I was making photographs with my second-­‐hand Rolleiflex. I developed the negatives in my tiny sixth floor walkup Turkish-­‐toilette-­‐down-­‐the-­‐ hall chambre de bonne using a hot plate to heat the chemicals and a changing bag to load the developing tank. Foolishly I sought to transform split seconds of my Parisian life into tiny works of art. Now I know that photography is infinite. In the blink of an eye, will these photographs evoke a ceaseless, ineffable, emotional chimera?

George has exhibited nationally, including an upcoming exhibition of Paris 1980 at the Byram Shubert Library, co-sponsored by the library and the Alliance française of Greenwich.

Comments from the First Round Judges:
I like the time capsule aspect. I’m not sure if this was intended, or just my reading, but feels like a magical realism at work here–like it’s recreating a Fellini movie that never existed. The parade shot is especially successful. 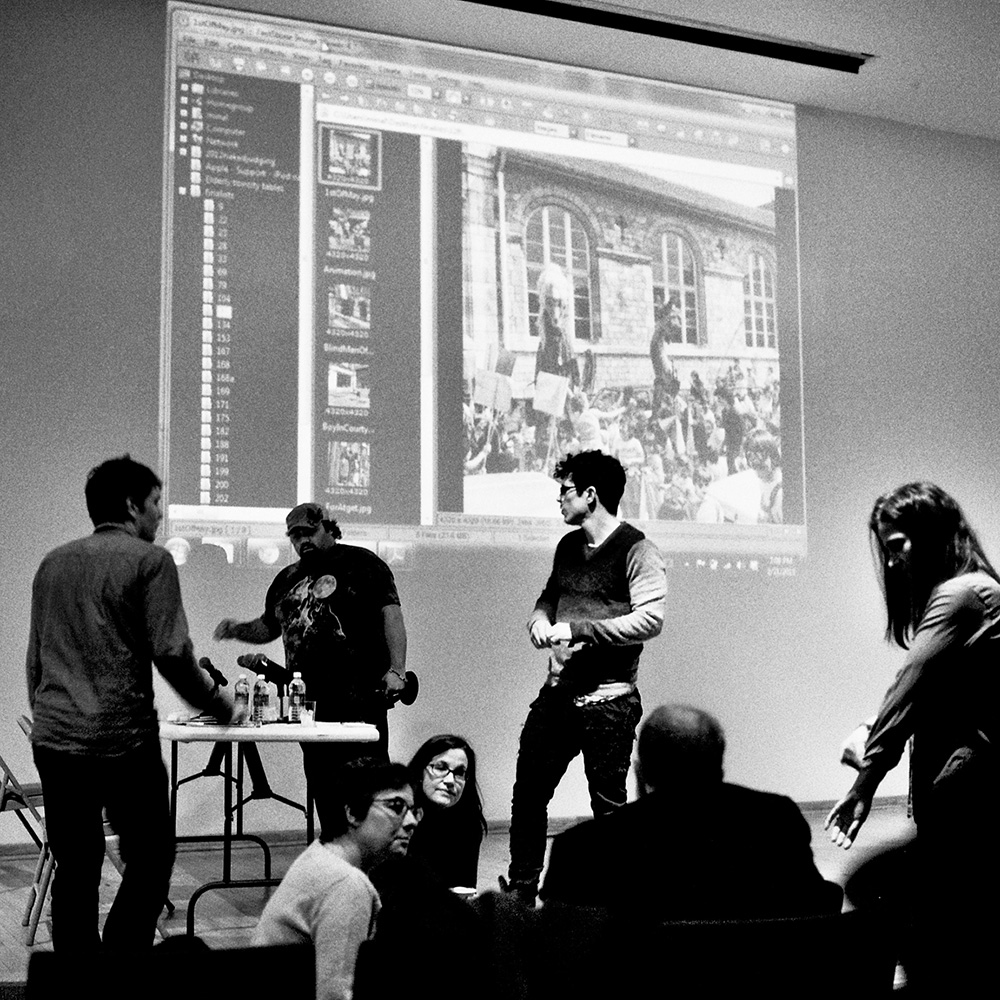 image taken by George at the judging…horrors, a square image!

Response from the photographer:
I almost did not submit my photographs to the Canteen magazine contest.   As one of 200 finalists in the 2012 photolucida competition, I was very disappointed by the lack of response to my Paris photographs.  From over 200 judges I received only 8 brief remarks about my work, of which 6 were anonymous.  When I compared the “Critical Mass” top 50 portfolios over several years, I realized that there is a vernacular of fine art photography, presumably taught in art schools, in which virtually every winning photographer is fluent.  As an autodidact, I will never speak this refined language.

When I learned that Canteen’s intention for its photography competition was to be “fully transparent about the entire selection process, placing the judges’ criteria, biases, and disagreements on full, naked display,”  as well as charge a very low submission fee ($20 for 5-8 images), I submitted two portfolios, my Paris work dating from 1978-1982, and photographs made during several trips to India from 2004-2010.  While my Paris portfolio was advanced to the finals, my India work was rejected.  True to their word, Canteen published on their website the judge’s remarks about both portfolios.  While I was surprised (and disagreed) with the judge’s reaction to my India portfolio, I was delighted to be able to read the criticism and post my comments about the judgement.

During the Naked Judging event, my Paris photographs were discussed at length and the judges were divided.  Arnold Lehman and Anthony Goicolea were very positive, while Amy Stein and Susan Bright expressed reservations.  Mr. Lehman found my work to demonstrate a “lack of refinement” that is “so enigmatic … weird and enticing and unknown.”  Mr. Goicolea suggested that one of my photographs was “strange and awkward but in a good way.”  In contrast, Ms. Stein compared my “simplistic” compositions to the recently discovered “masterful” photography of Vivian Maier.  Nevertheless, while Ms. Stein said that my portfolio was not her “favorite work … in terms of taste,” she expressed appreciation for the discussion that my work provoked among the jurors, and concluded that my submission “has merit for that reason.”
Perhaps most disconcerting was Ms. Bright’s assumption that some of my photographs were “a little bit too obvious” homages.  Because a fellow is holding a tuba in the corner of one of my street scenes, Ms. Bright thought of Robert Frank.  In a portrait presenting a fat beggar, she saw Diane Arbus.  Not every tuba in a photograph is a reference to Frank; my photograph is not about irony but about tenderness.  Not every picture of a morbidly obese man is a tribute to Arbus; my photograph is not about the grotesque but about alienation personified by an individual on the margins of his society.  If Ms. Bright had been able to study these photographs at greater length, she may have reached a different conclusion.  Given time constraints, snap judgements often define the winners and losers of photography competitions.

Ms. Bright was correct about one of my photographs, conceived as a tribute to the French master and entitled “For Atget.”  A static photograph of Parisian window dummies may be an unsophisticated pastiche of Atget.  My photograph, however, is not static: in the midst of the multi-cultural mannequins – in itself a commentary on French commercial culture – materializes a woman dressed in contemporary clothing.  It is the presence of this woman, not the dummies in the window, that constitutes my tribute to Atget.  Ms. Bright’s critique of my assumed homages raises a much larger question about the “cult of originality” ensnaring too much fine art photography.  Perhaps the practice of the homage should be encouraged.  There but for the grace of our predecessors, our teachers, we go forward into our aesthetic horizon.

As they tried to pick the winner and runners-up, the judges asked the audience to indicate their preference with a show of hands, thus giving the impression that they were indecisive and needed the audience’s help to render judgement.

In his introduction, Stephen Pierson, co-founder of Canteen, said he saw no upside for the jurors to boldly judge the contest in public, on video streamed to the Internet and archived on YouTube, where contestants can retrieve their remarks for quotation in commentaries like mine.  In truth, by participating in Canteen’s Naked Judging event, Arnold Lehman, Susan Bright, Amy Stein, and Anthony Goicolea gave a wonderful gift to the community of fine art photographers everywhere.  By communicating their insights and exposing their prejudices, while working through their disagreements as they debated the merits of the work on display, they opened a window that is usually locked, allowing sunlight to shine over a process that is hidden in the murky shadows.

I am so grateful to have had the opportunity to participate in the Canteen contest!  I hope the event will reverberate throughout the art photography industry as an example of fairness, reason, and transparency. 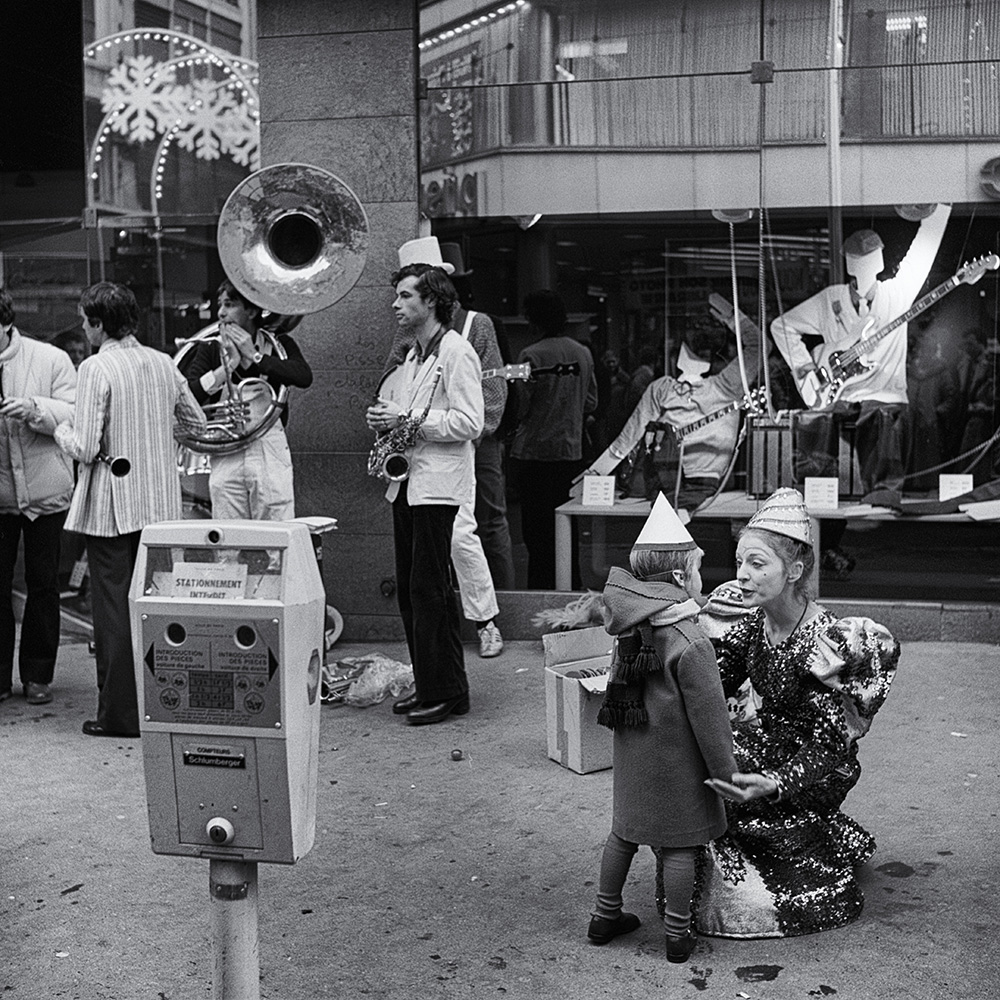 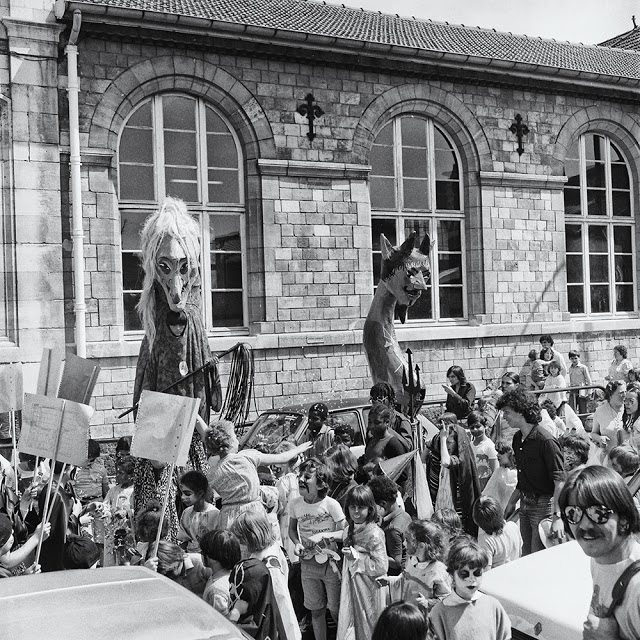 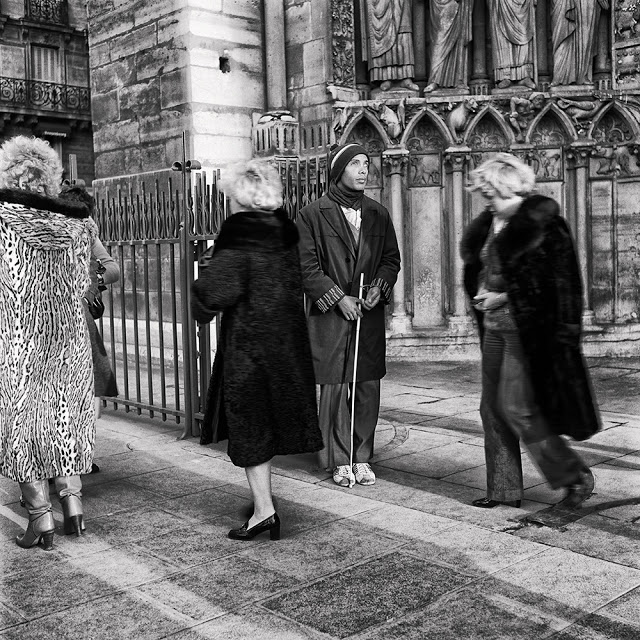 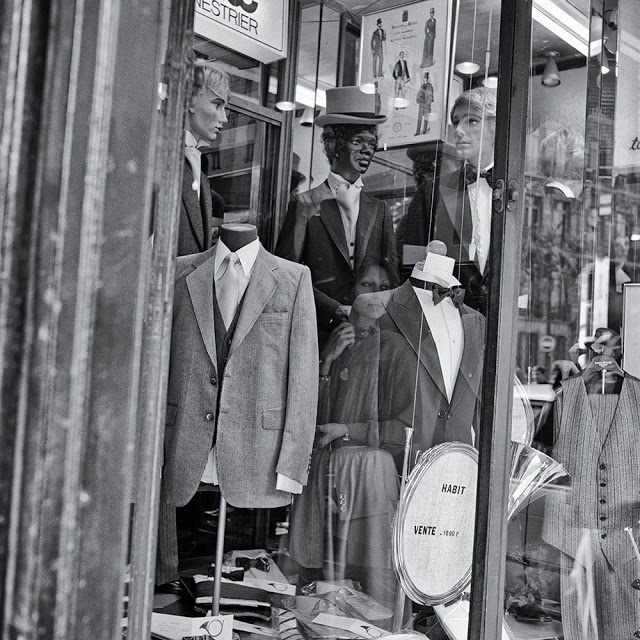 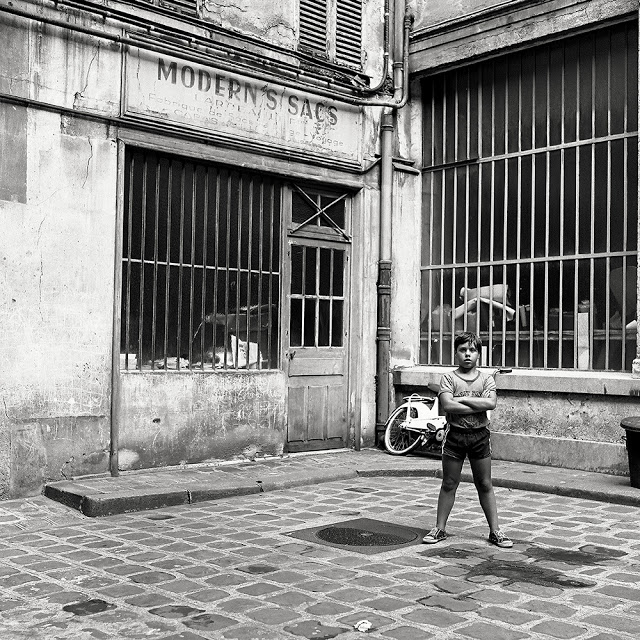 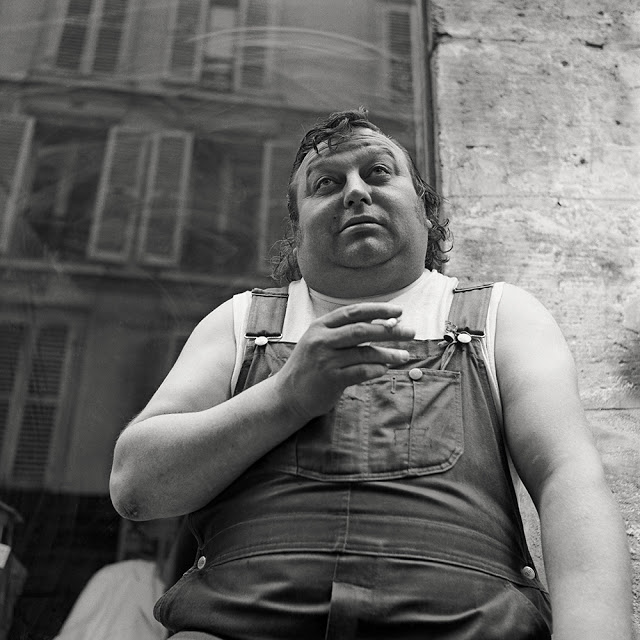 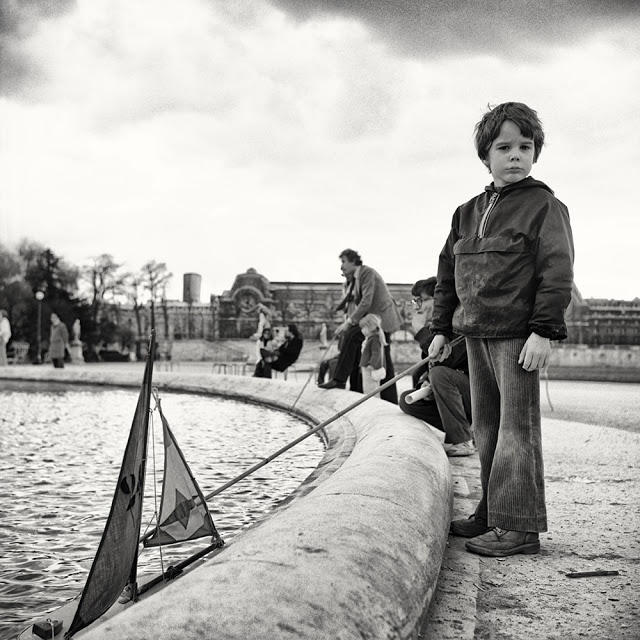 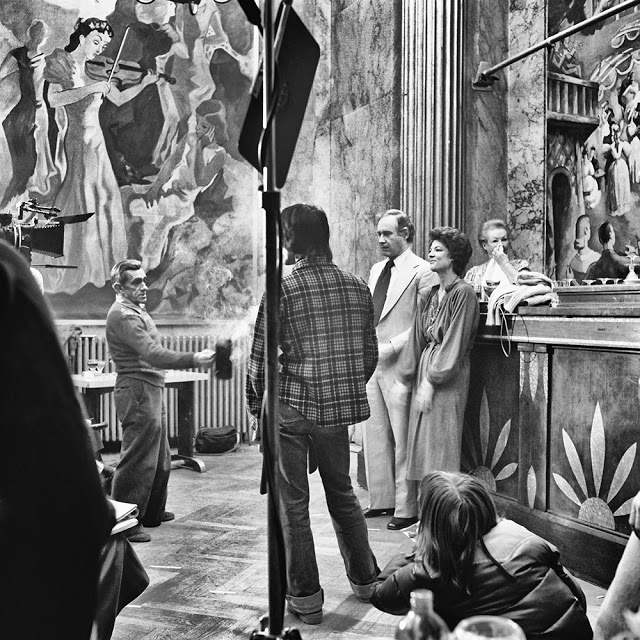