Today ends the CENTER Awards posts–congratulations to all the winners and a big thank you to Laura Pressley and the staff at CENTER for not only creating these amazing opportunities, but for their unflagging energy and dedication to promote photography and photographers. 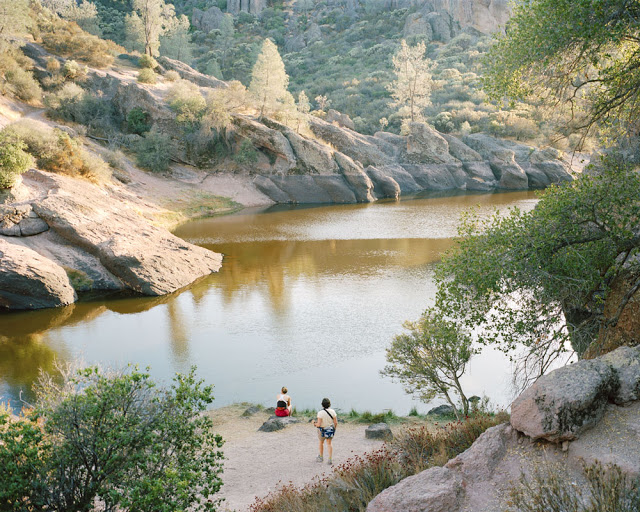 Donna J. Wan was born in Taiwan and lives in the San Francisco Bay Area. She received her BA in Economics (Phi Beta Kappa) from Stanford University. After a few years working in the corporate world, Donna decided to pursue her love for art, taking her first photography class at a local community college in 2002. In 2008, she graduated from the MFA program at the San Francisco Art Institute. Her work has been shown at the New Mexico Museum of Art; RISD Museum of Art; Klompching Gallery; Yerba Buena Center for the Arts; the Photo Center Northwest; the Newspace Center for Photography; Gallery 1401 at the University of Arts, and the Carte Blanche Gallery.

She was a Magenta Foundation’s 2007 Flash Forward Emerging Photographer, 2008 ArtSeen Emerging Artist, PDN’s 30 New and Emerging Photographers to Watch nominee and a 2012 Critical Mass Top 50 Finalist. In 2012, Donna received an Honorable Mention award for The Center/Review Santa Fe’s Project Launch category and the inaugural APA / Lucie Foundation Scholarship grant. Her work has been published in Fraction Magazine; Flak Photo; PDN; Conscientious; Time Out Chicago; Profifoto; Forward Thinking Museum; Beautiful Decay and Archivo. W.M. Hunt and Virginia Heckert have also written about her work. In 2009, she was awarded an artist residency at The Center for Photography at Woodstock and was invited by Catherine Opie to lecture at UCLA. Collectors of her work include the Pulitzer-Prize winning author Richard Ford and Thomas Kellner.

How do people identify with the landscape? In the past, I have made pictures of the natural world that has been altered by man in some way or another – from subtle incursions to a near annihilation of it. While people were present in some of my previous work, I was concerned more with the evidence of their intervention. They were there in spirit but not in actuality. In this new body of work where people are the focus of my photographs, I investigate how they relate to, interact with, and experience the landscape. Yet I have intentionally photographed people from behind, in shadow or at a scale where it is difficult to obtain a clear read of their faces. These “anti-portraits” are not about the individual identities of the people being portrayed but about how people “fit into” (or not) the landscapes that I have captured. 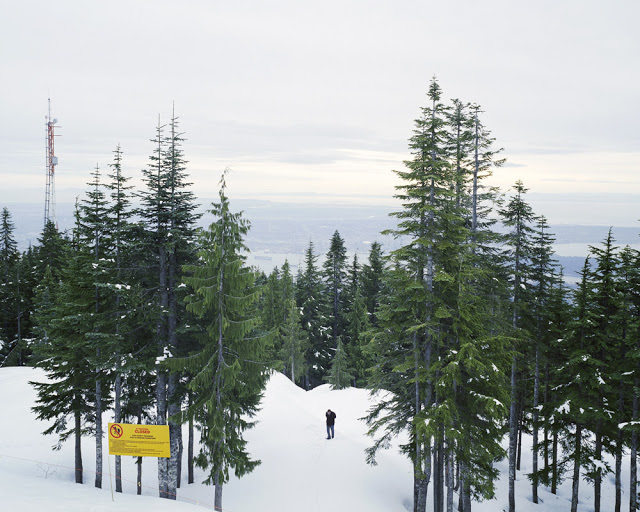 For this series, I was inspired by the paintings of the 19th century German romantic landscape painter Casper David Friederich, who painted people from behind to allow the viewer to project him/herself into the scene before him/her and experience the landscape vicariously – a visual technique called “ruckenfigür.” By obscuring the identities of the people in my photographs, I am hoping to give the viewer a similar experience. I am hoping that they can imagine themselves in these overwhelming, calming, mysterious, peculiar, mundane, social or lonely depictions of the landscape. Each of us experiences the landscape in ways unique to us, and these experiences shape who we are and how we see the world around us. Note: None of the photographs in this series were staged. I am not acquainted with any of the people represented, and I did not speak to or interact with any of them during the shooting process. 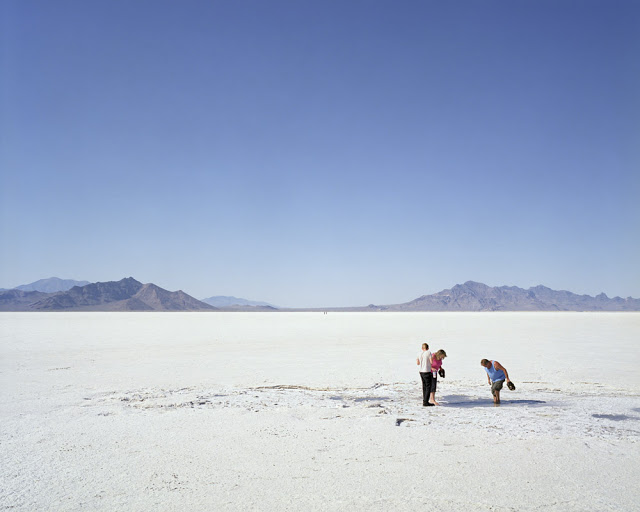 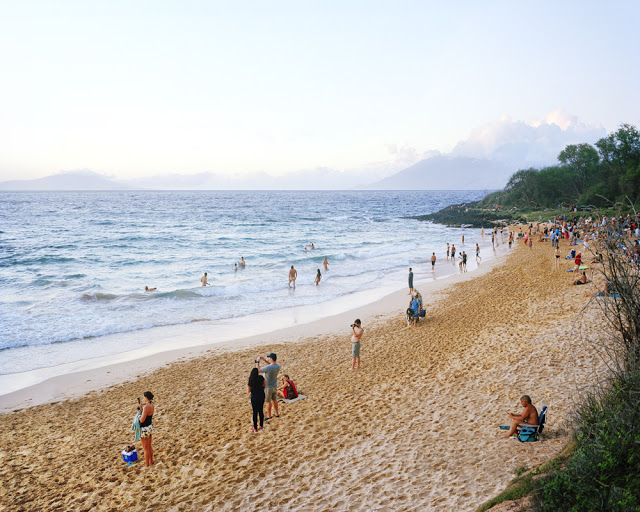 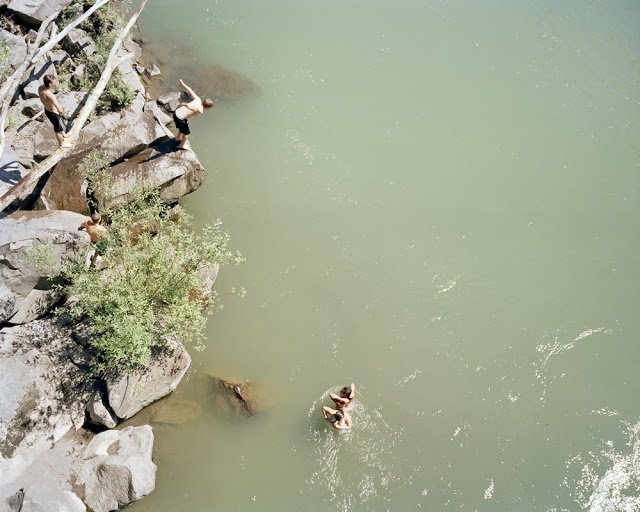 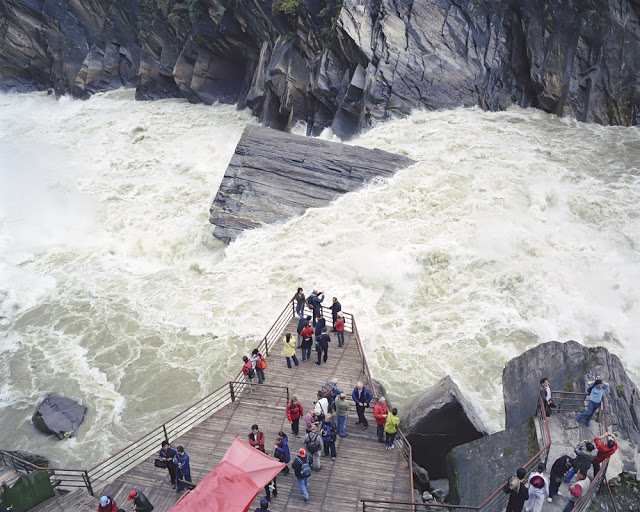 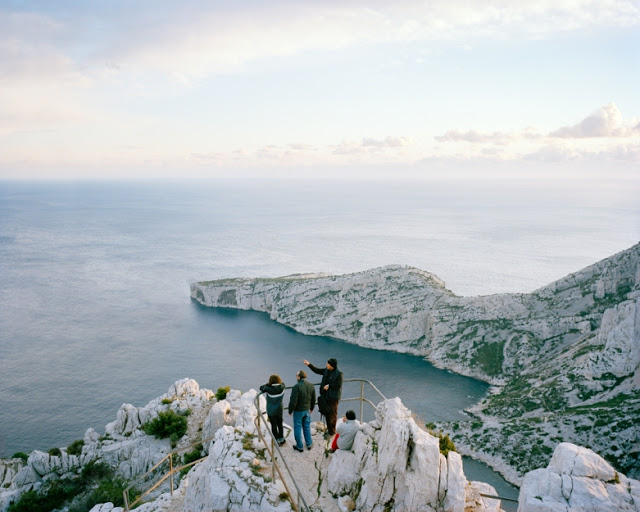 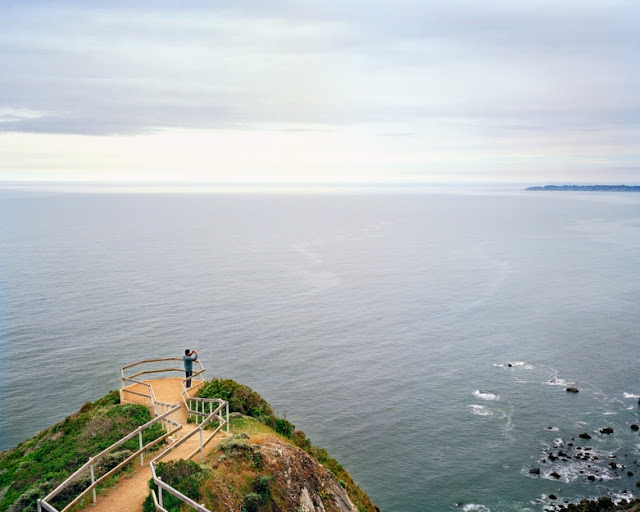 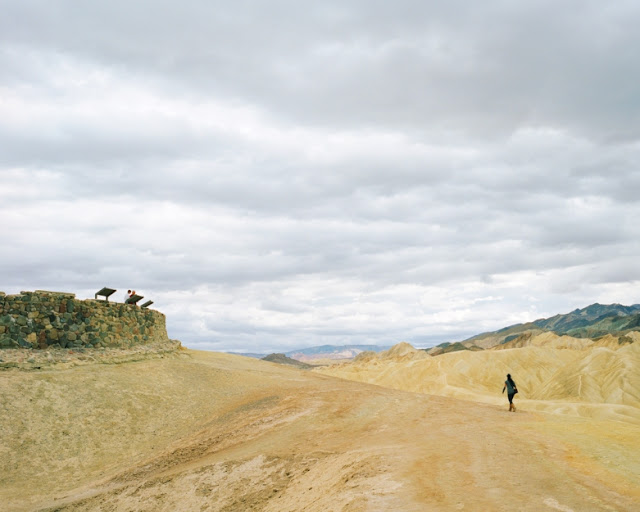 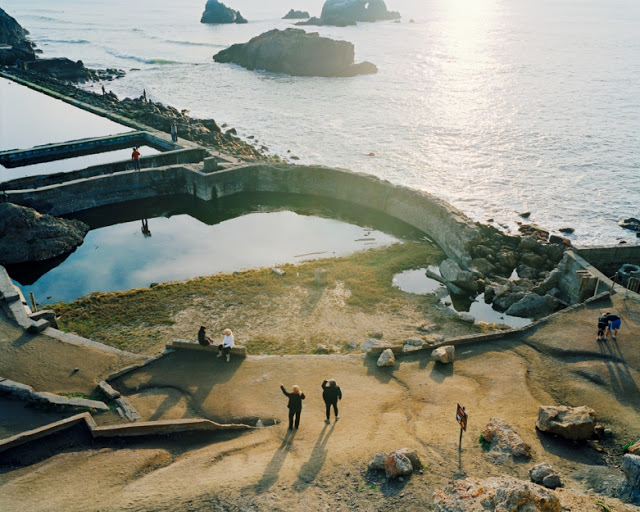