CENTER’s Project Developement Grant was awarded to Ignacio Evangelista for his project, After Schengen by juror Denise Wolff of Aperture. His project captures some of the old border crossing points still standing, out of order, in all the states of European Union.

The Project Development Grant offers financial support to fine art, documentary or photojournalist works-in-progress. The grant includes a cash award to help complete a project as well as platforms for feedback and professional development opportunities for the works final stages. This grant is awarded to projects that are still in progress and have not been exhibited or published.

It was a great pleasure to look at all the submissions of the Project Development Grant and to enter so many different worlds through the photography projects—from taxi driving in L.A. to family life in Hungary. As I went through, I found myself asking certain questions over and over to help focus my selection: Am I interested enough from looking at the pictures to read the statement? Do I still want to see more of the work? Enough so, to fund it to continue? Will the work and subject matter interest others/do I believe it has potential to reach an audience? Is it eligible for the grant (genuinely in development and largely unknown)? Will the recipient benefit not only from the grant money, but also the other offerings such as the exhibition at CCA and the opportunity to go to Review Santa Fe? The selection process is, by nature, subjective, and these questions helped me narrow the submissions not so much by excluding projects as I went through, but in allowing others to rise.

I was drawn to Ignacio Evangelista’s project on obsolete border crossings in the EU and continued to find it compelling after multiple viewings. The contrast between the crossings that remain on major highways—large architectural spectacles meant to be visible and impactful from a distance—and those on smaller rural roads—more intimate and harmonious with their surroundings—drew me in. What remains in these unused border sites, is not just the architectural relics, which are beautiful in and of themselves, but also the idea of the border—one that is almost purely ideological now that its practical use is gone. The pictures tell a contemporary narrative, one which can be understood throughout the world, where issues of immigration and the economy have caused both the construction and opening of borders. On the whole, the concept behind the work is strong; the work is well shot; and the story adds to the larger cultural conversation about borders. I’m curious to see where the project goes from here.

Border crossings have a function of geographical boundaries, but also an coercitive role, since they prevent the free passage of people between one and another state. So, they are places that, along with a cartographic dimension, are provided with historical, economic and political reminiscences, aspects absolutely related to Landscape from a contemporary and transversal perspective. 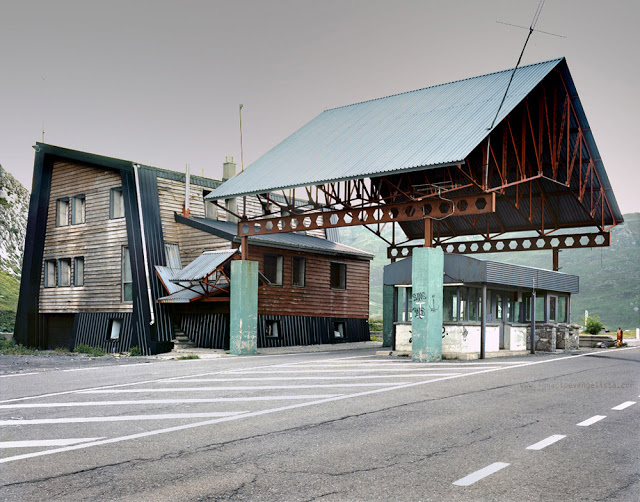 These places that previously the Schengen treaty, delimited territories and in which the traveler had to stop and show his documents, currently appear as abandoned places, located in a space-time limbo, out of use and out of the time for which they were designed, as these states have opened their borders to the free movement of people and goods. 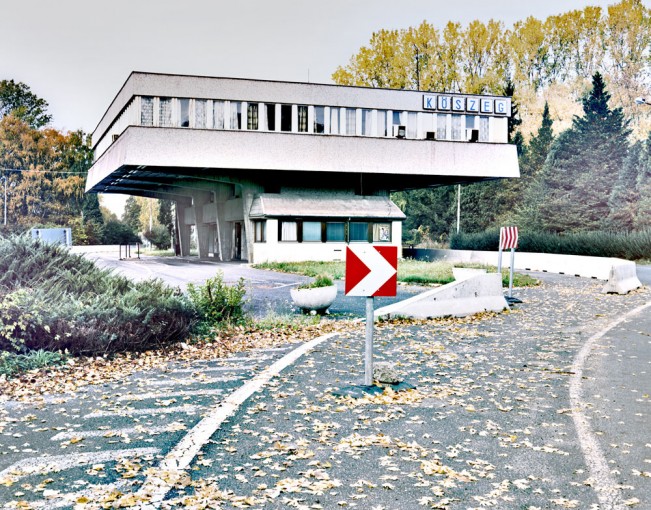 The observation of these places in the present time, gives them a dimension related to viewing and reading of some episodes in recent history, with the passing of time and memory in the landscape. These quasi archaeological ruins have become part of the current landscape, forming a presence of the past that lies dormant in the present. 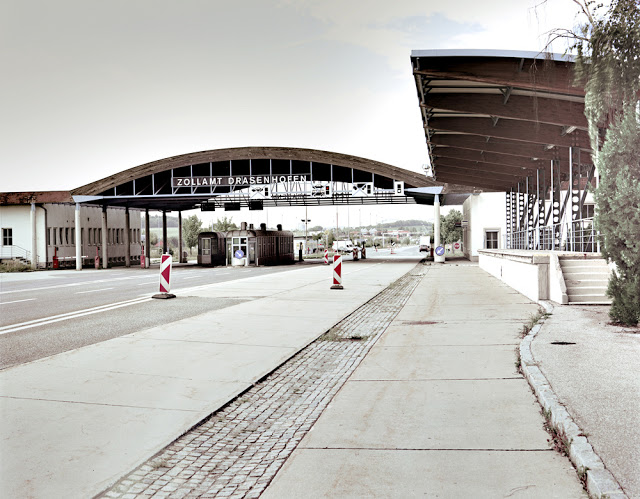 These places throughout Europe form a network of empty spaces between living spaces, and when the reason for its existence is finished, they form symbolic places that cause new thinking from the present, and a way to visualize time and history. Paradoxically, these spaces currently uninhabited, with no function or meaning, that appear devoid of human figures, emphasize the humanity of the countryside. 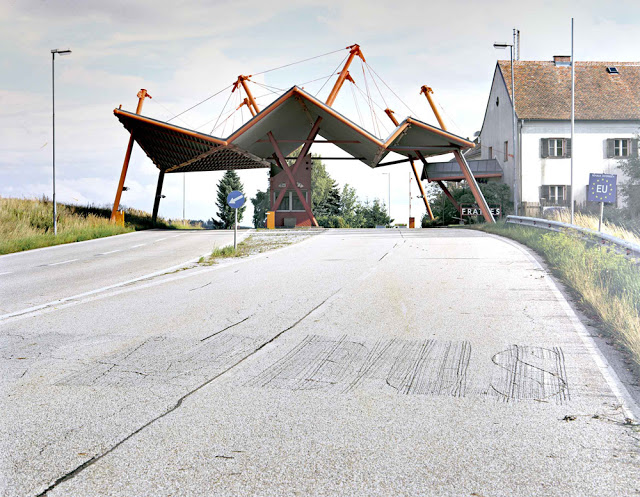 The project doesn´t want to be an exhaustive list as a guide or road map, so there will be photographed only places that have visual interest to the above objectives, discarding those whose buildings have disappeared or have been rehabilitated for other uses. To that end, there is a work of documentation, prior to each trip, contacting the tourist and cultural offices near the border areas, to confirm the existence of these check-points today. For the moment I have taken pictures in Spain, France (South), Portugal, Czech Republic (North and East), Slovakia, Austria (East), Hungary (West), and Poland (South). 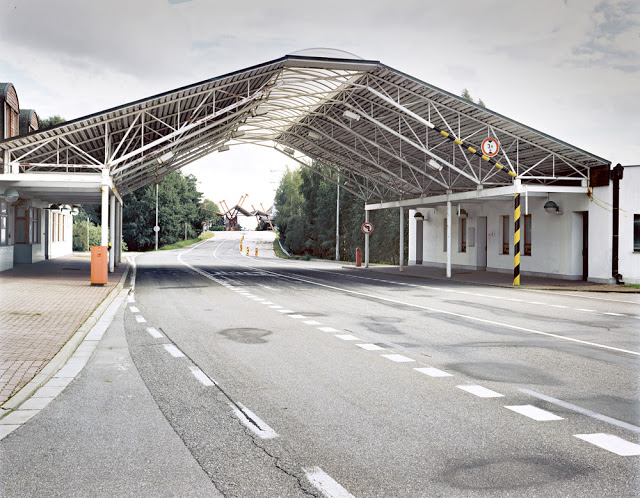 Depending on the topography of the land, the environment, and the roads there are several types of border crossings: -In large transnational highways: border crossings here are huge buildings visible from afar, with great impact on the natural landscape. Composed of various facilities (offices, police station, parking area, storage area, weighing of goods, etc.) -In the secondary roads: they are generally small buildings on one side of the road, sometimes prefabricated stands.
-In rural roads: these roads are closed to vehicular traffic, the only way people are allowed is walking or by bike. Some simple cairns or small barriers embedded in the ground, mark the boundary between the two States. 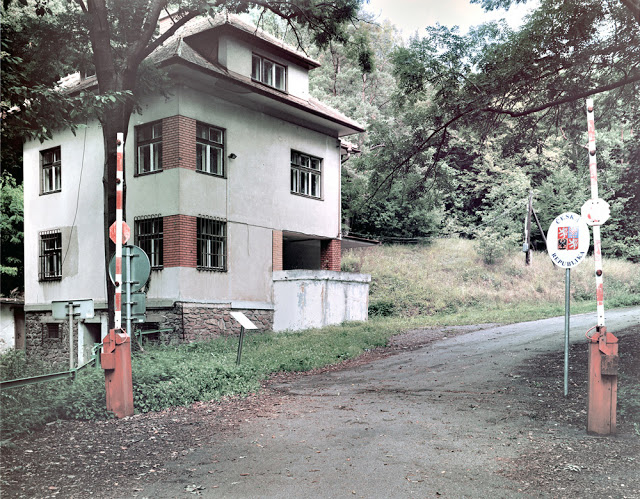 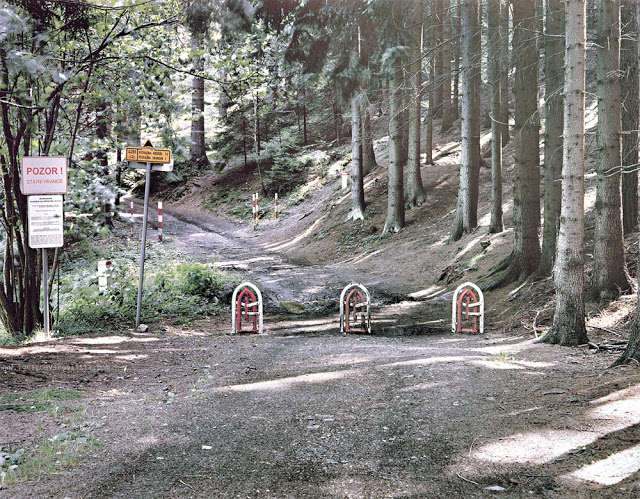 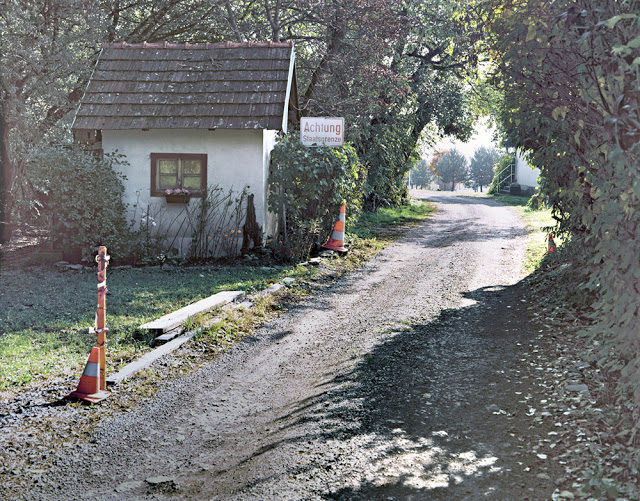 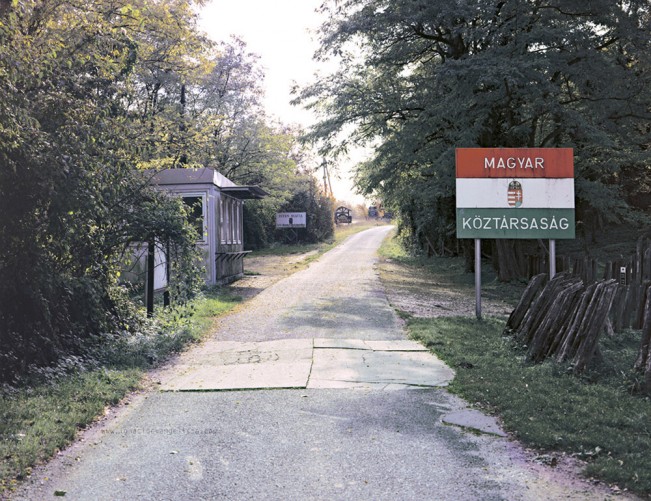 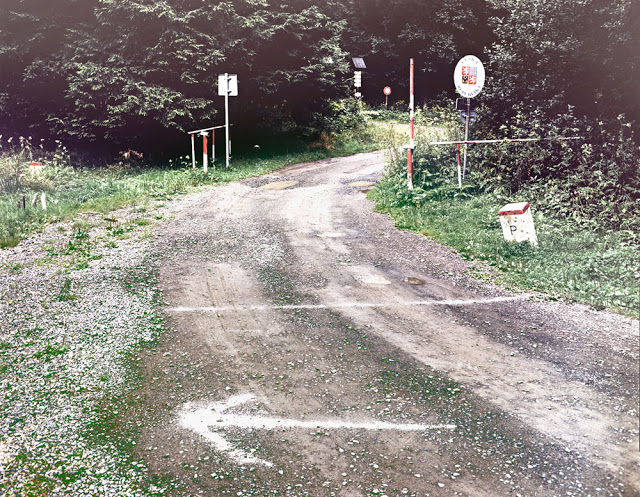