Verna Curtis, Curator of Photography at the Library of Congress selected Will Steacy’s project Deadline for the Project Launch Juror’s Award.  Will will recieve a $1,000 cash award, complimentary participation in Review Santa Fe, A workshop at the Santa Fe Photographic Workshops, a Photographer’s Showcase through Photo-Eye, an invitation to participate in the Art Photo Index, a portfolio review through the Eyeist, an online exhibition at VisitCenter, and today’s feature on Lenscratch.

Will is an American photographer and writer. His photographs have been featured in numerous solo and group exhibitions, including the New Orleans Museum of Art, Museum of the City of New York, FotoFest Biennial, African American Museum of Art, among others, and represented in major collections, including The Haggerty Museum of Art, Ogden Museum of Southern Art and The Library of Congress. Will was named 25 Under 25: Up-and-Coming American Photographers by The Center for Documentary Studies and one of Photo District News 30 Emerging Photographers of 2011. His critically acclaimed books Photographs Not Taken and Down These Mean Streets were published in 2012. He is a recipient of The Aperture Foundation Green Cart Photography Commission and Tierney Fellowship. His work has been featured in The New Yorker, Esquire, Harper’s, The Paris Review, Aperture, Time, Newsweek, HBO, CNN and he has been a guest on NPR and BBC.

“It used to mean something when you told people you worked at The Philadelphia Inquirer,” a reporter recently told me, “This place used to be a Pulitzer factory.” For the past four years I have been photographing the rapid transformation of The Philadelphia Inquirer as the paper emerges from bankruptcy and struggles to adapt to a digital era. Through a depiction of The Inquirer’s efforts to prevail despite depleted ad revenue, a steady decline in circulation, layoffs, buy-outs, and bankruptcy, my intent is to reveal the challenges and harsh realities that face the newspaper industry today. While many credit the advent of the Internet as the origin of newspapers’ current woes, the newspaper industry has faced tremendous battles for the past quarter-century. 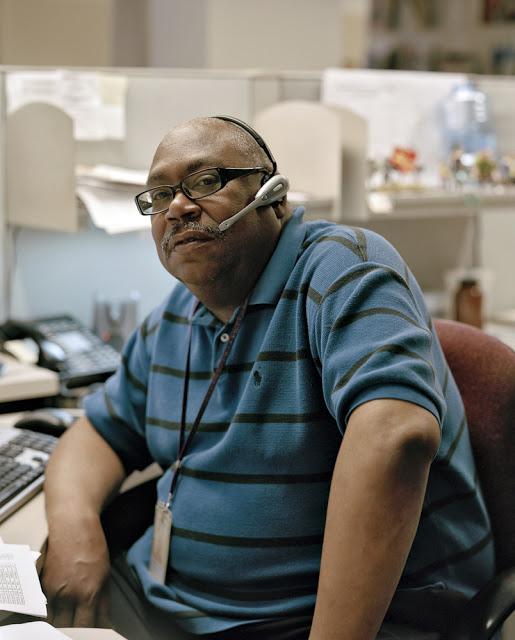 Many newspapers at one time were family and locally owned businesses and over the years have been consolidated into publicly owned national chains. With this change of ownership, their interests have, in turn, shifted away from high-end journalism to boosting profits and pleasing shareholders—a move that has led to massive buy-outs and lay-offs in newsrooms across the country. As a result many papers today are struggling to create a profitable platform to disseminate both print and online news coverage. The events currently unfolding in newsrooms like The Inquirer’s will weigh heavily on the future of journalism. 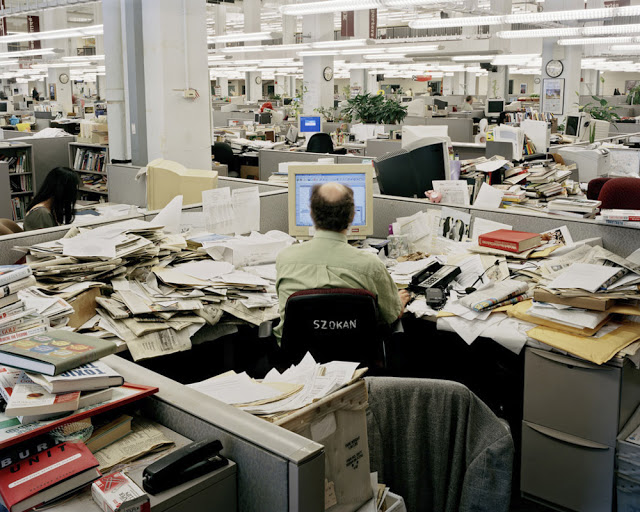 By recording the everyday moments of progression and change at The Philadelphia Inquirer, my aim is to reveal a portrait of the evolution of the American newspaper industry within the larger context of the current economic issues plaguing our country. The newspaper for centuries has served as a cornerstone of American society holding our country’s institutions, CEOs, politicians and big businesses accountable for their actions, upholding the values, laws and morals that our democracy was founded upon. 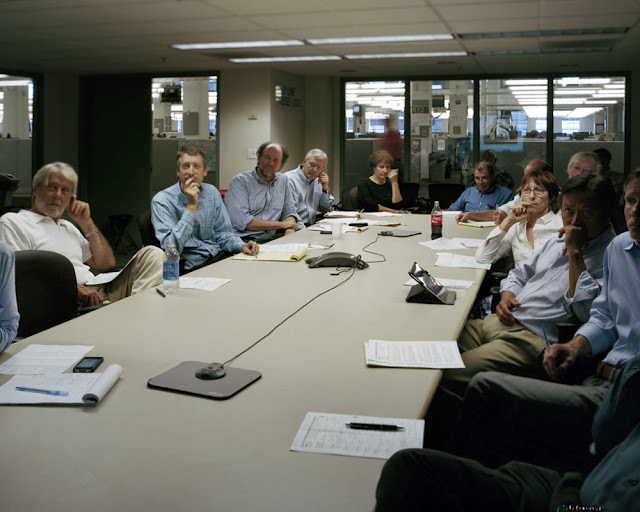 I am interested in how the dramatic shift in technology and the dissemination of information on the Internet will not only impact the newspaper business but American society as a whole. While the erosion of print journalism appears inevitable, we shall see how newspapers survive the wounds of a merciless battle into the digital era. It seems the bloodletting of newsrooms and an industry’s fight for survival has gone widely unnoticed by a society too immersed in their smart phone or tablet to care as in-depth news coverage reported by professionals becomes reduced to a “breaking news” 140-characterheadline. 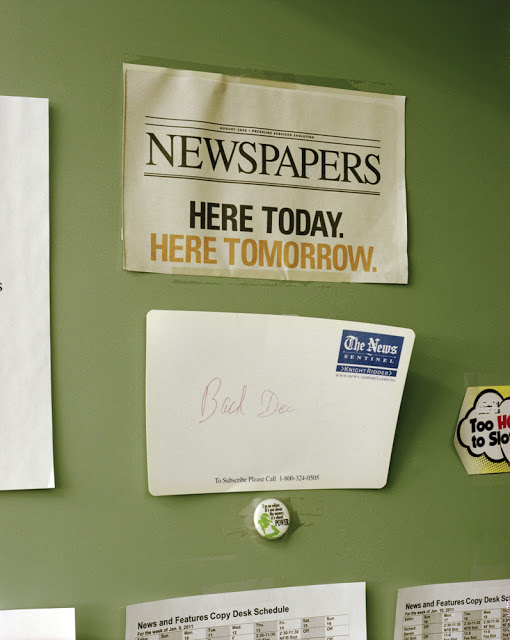 I am a descendant of five generations of newspaper men. My great, great, great grandfather, Hiram Young, started the York Daily in 1870, and my father was an editor at The Philadelphia Inquirer for 29 years until he was laid off last October in yet another round of staff cuts. As the downward spiral of a troubled industry unravels before my eyes, it is a matter of great personal significance. As we lose reporters, editors, newsbeats and sections of papers, we lose coverage, information, and a connection to our cities and our society, and, in the end, we lose ourselves. 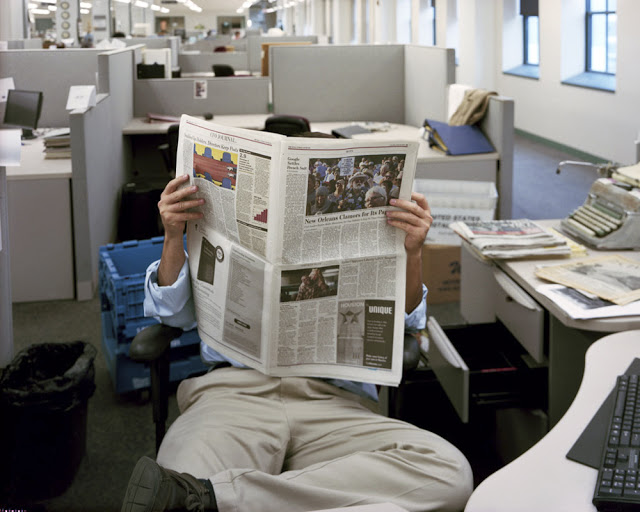 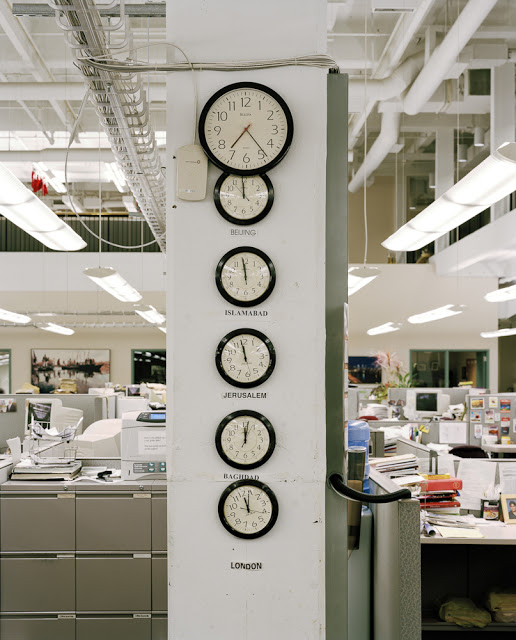 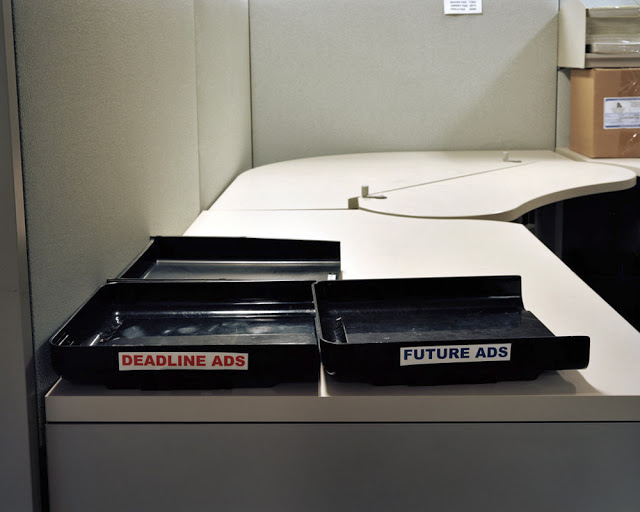 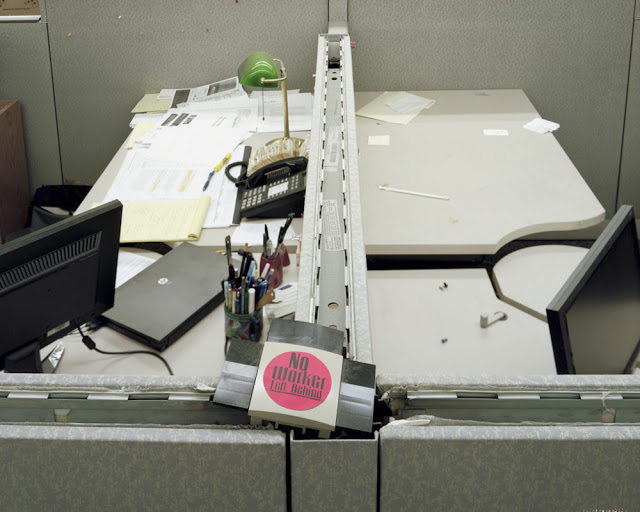 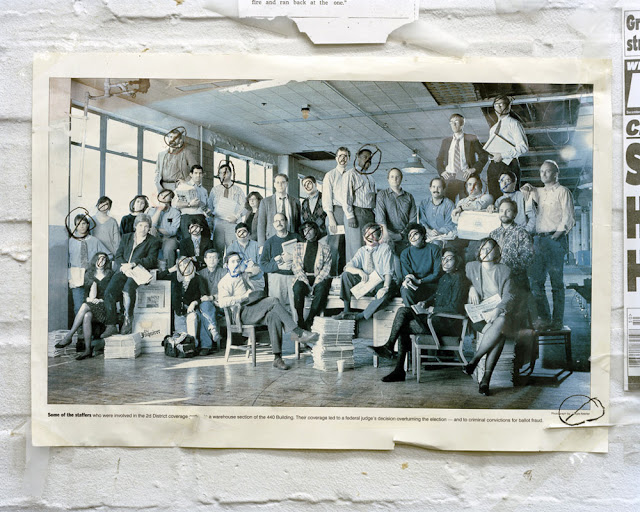 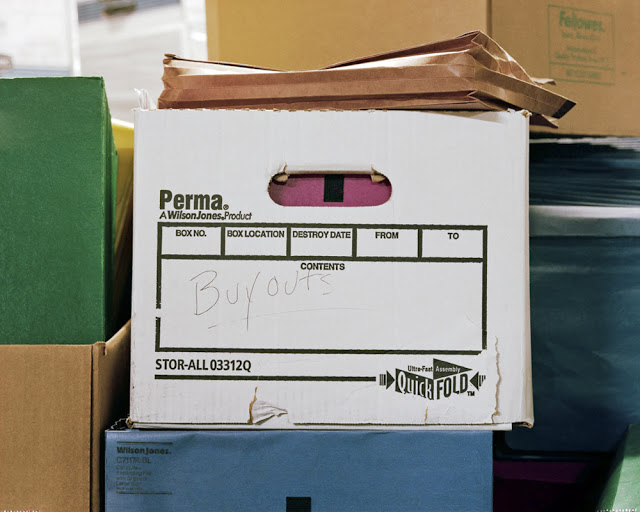 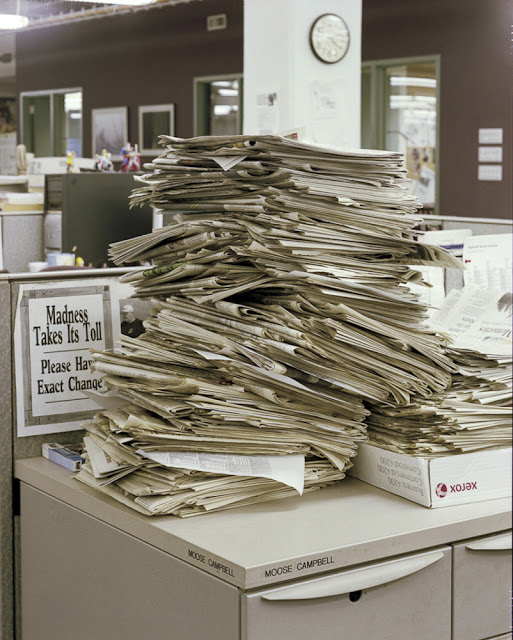 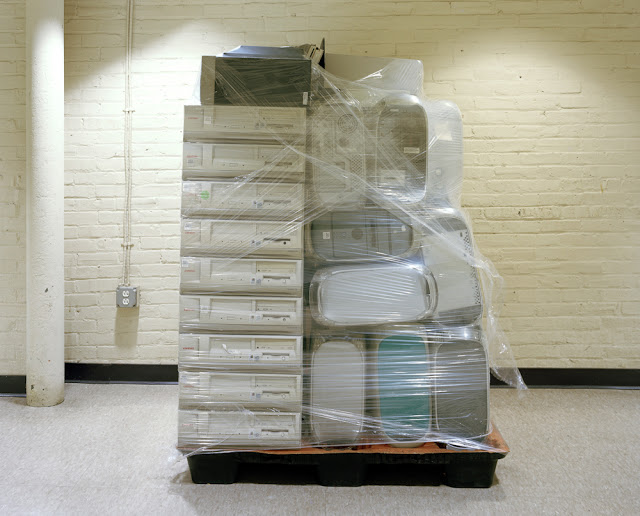 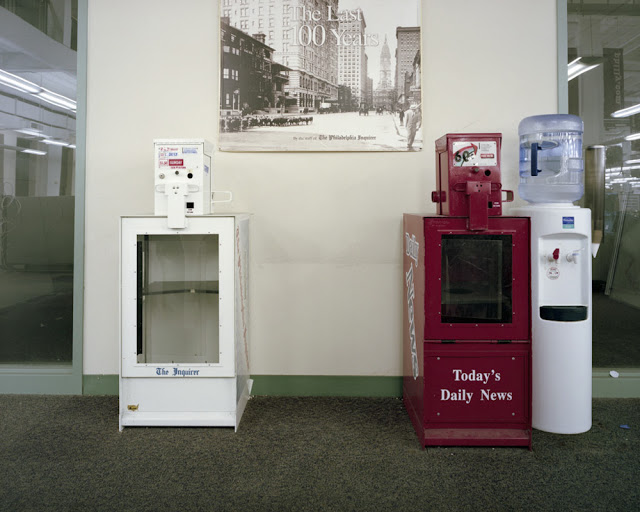 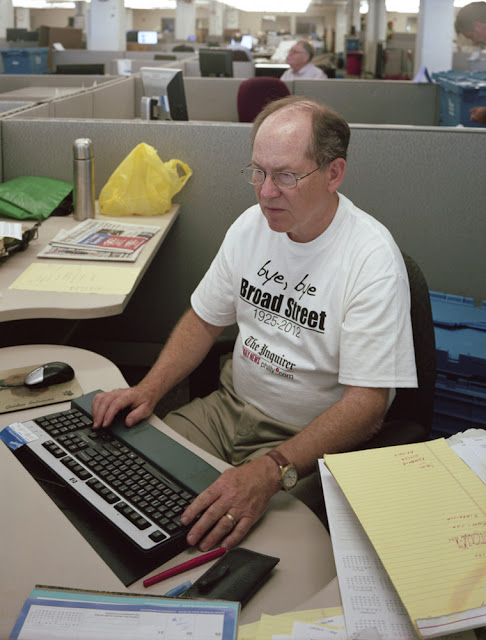 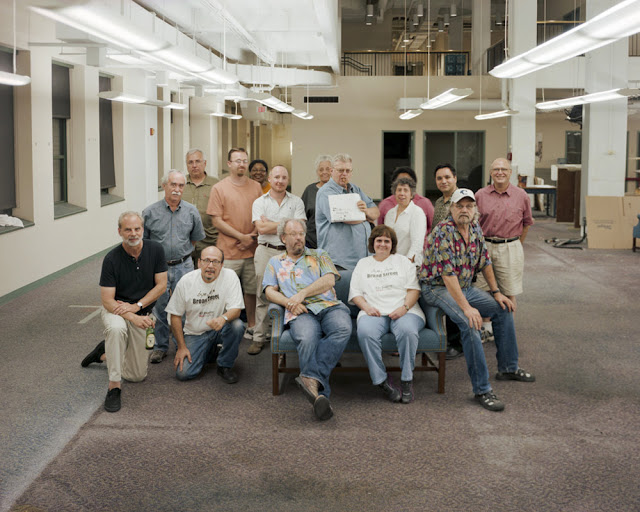 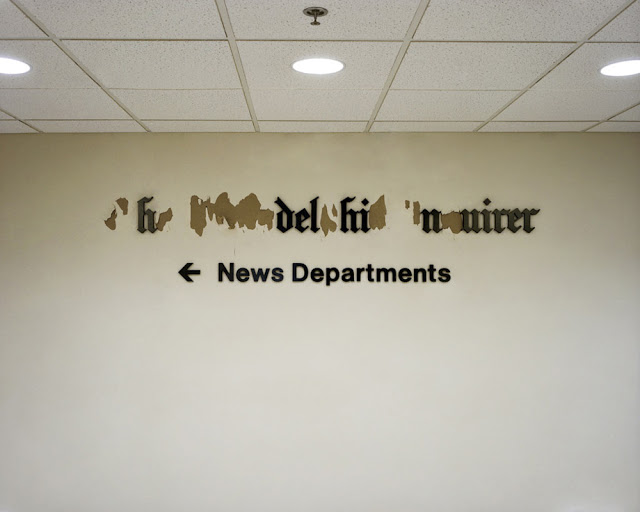 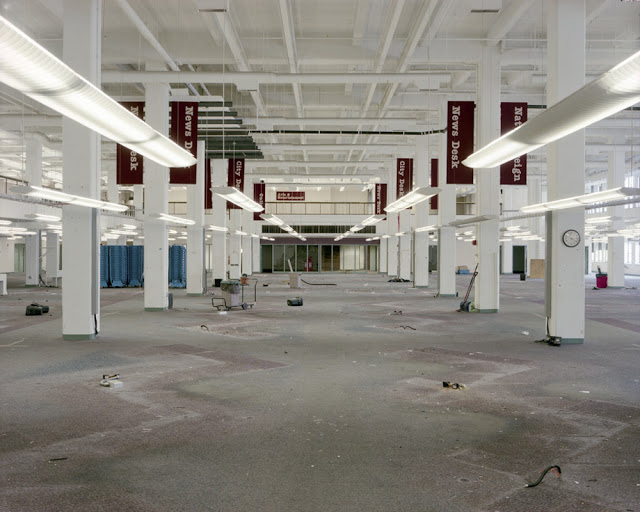 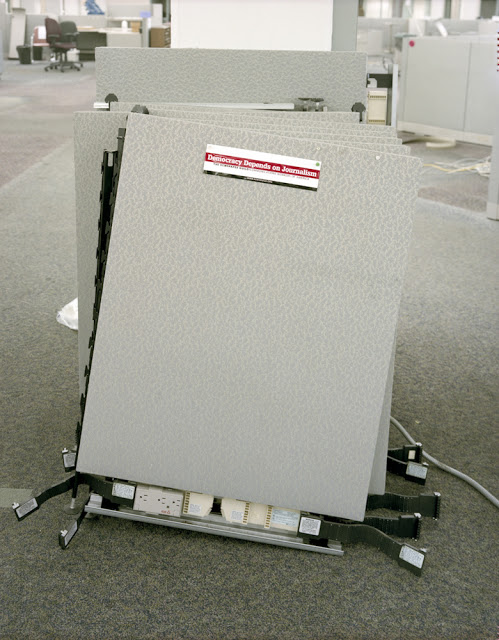