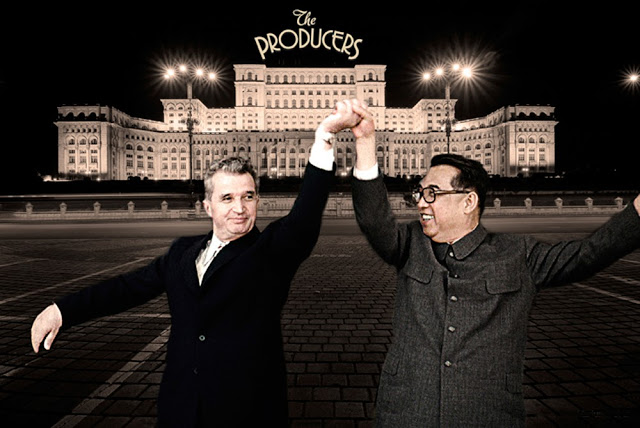 by Kathleen Laraia McLaughlin
Editor, poet, public performer, producer, and conceptual artist, Marius Weber, was born in Sibiu, Transylvania, in a German-speaking family. He has resided in Bucharest since 1988. His main gig as an editor is with the Goethe Institute, though also does freelance work. His project Last Night in Bucharest began as a Photoshop exercise and has became a viral cult fascination.

For one to understand this project more, one needs to understand the significance, or insignificance, of the “People’s Palace” in Bucharest. It is the SECOND largest building in the world (first is the Pentagon), has 1,100 palatial rooms, and is 12 stories tall. Romania’s former dictator, Ceausescu, began the construction in 1983, demolishing entire neighborhoods and evicting families with only days notice. In order to finance this mega-project, food was rationed (because food was also being exported), power cuts enforced, and 40% of the GDP went toward construction. This Stalinist symbolic building, inspired by Kim Jong Il, was not finished in its entirety for him to see because in 1989, the people revolted and he and his wife were executed.

There is an intense love/hate relationship Romanian people have towards this building. Much suffering was endured by the people during the making of it, and it is a constant reminder of that unbearable time. Yet, it is grand and functional and “a shame” to tear down. Today the building is used for many purposes, namely the homes of both chambers of Parliament, and the Contemporary Art Museum, to name a few.
Last Night in Bucharest
A controversial icon, The People’s House, and the nomadic imaginary, the perennial monument that blocks time, and the time flux that opposes fixation and enclosure.

An open surrealism, with no authorial background voice, that comes to free from its own memory – by deliberately abusing it – a fictional reality that mixes together past, present and future, sharpening them, however not quashing them.

“Be realistic, ask for the impossible” may as well be the contemporary man’s motto, a man lost in his archive of representations.
Adina Arvanitopol, Art Historian 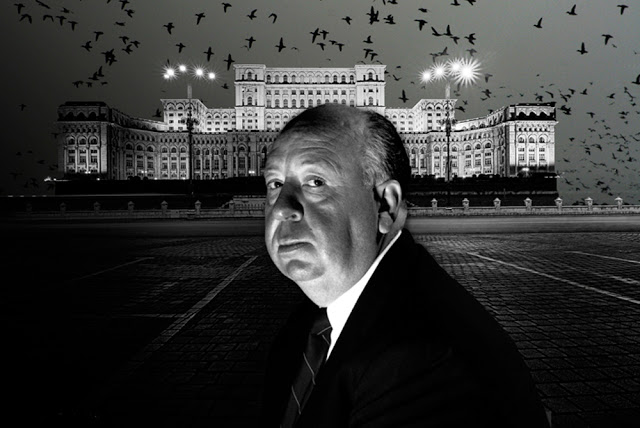 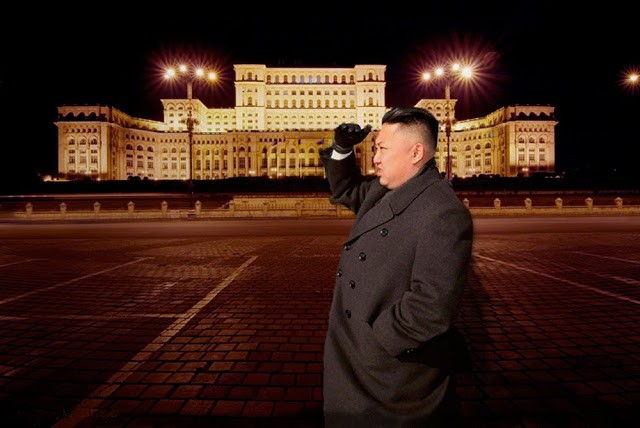 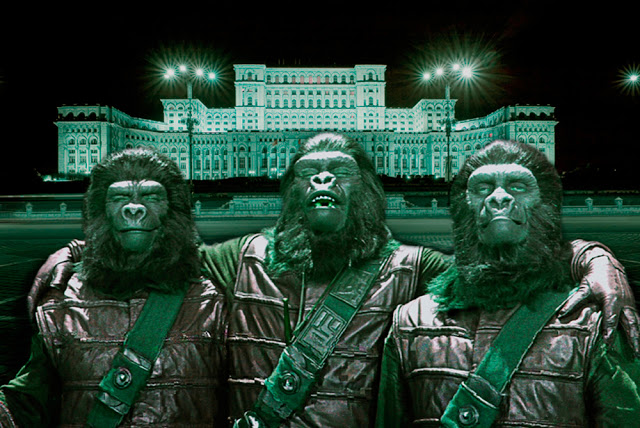 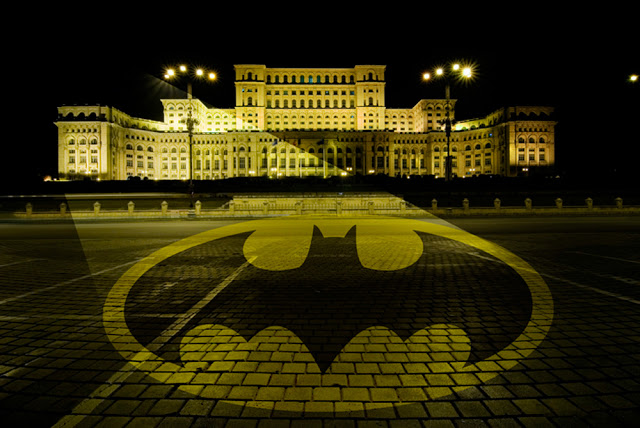 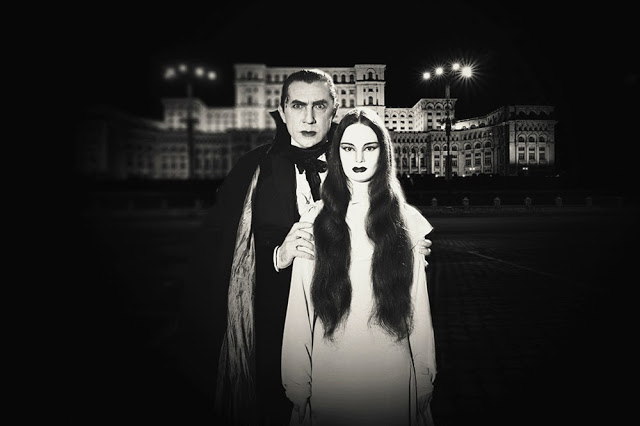 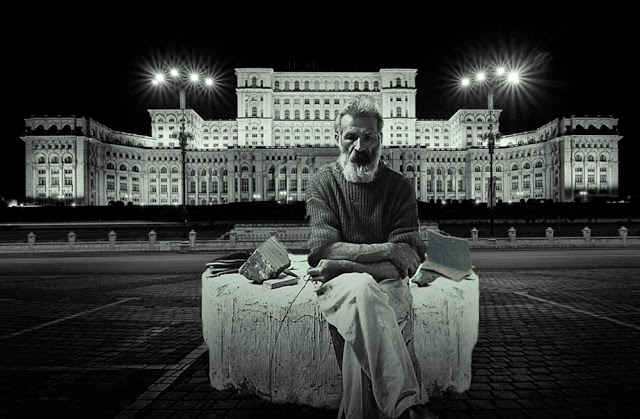 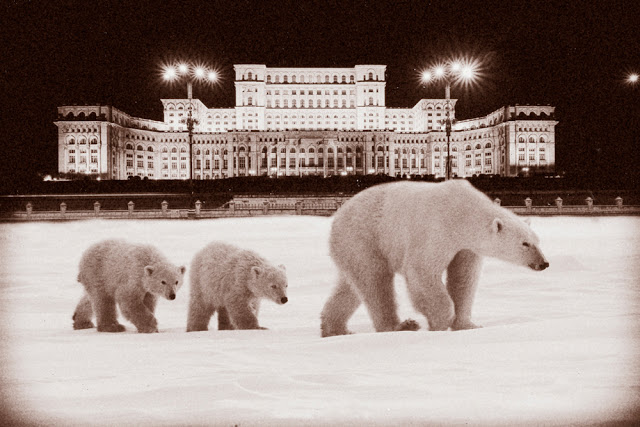 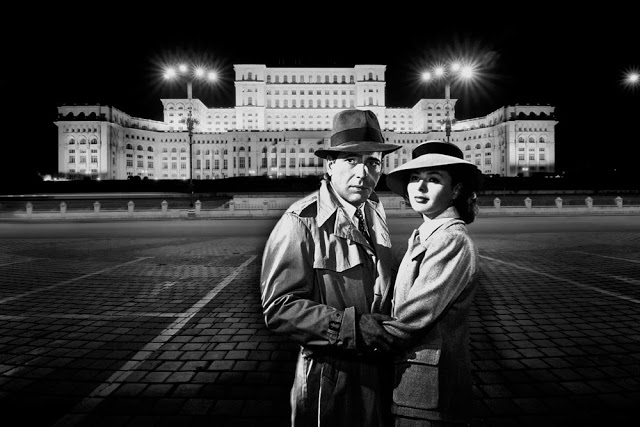 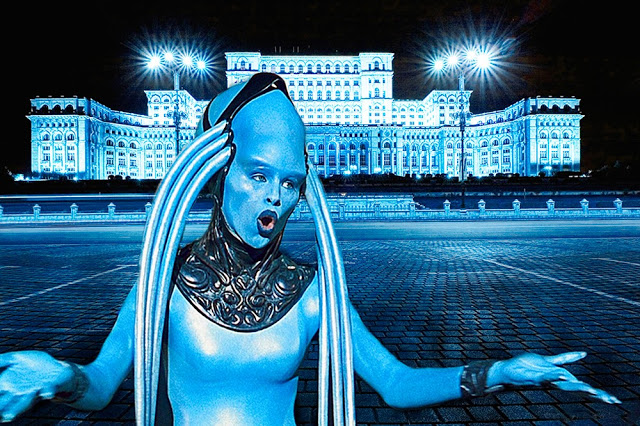 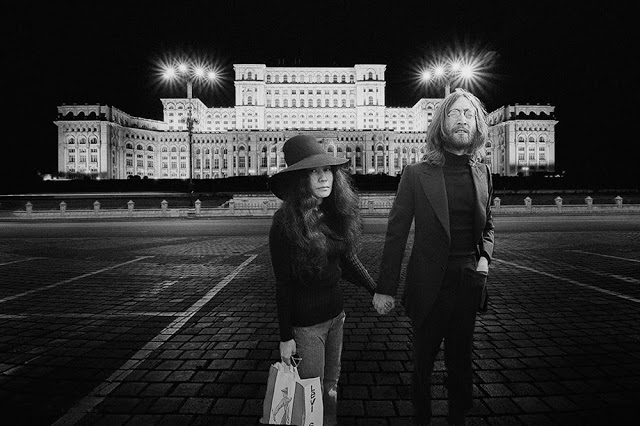 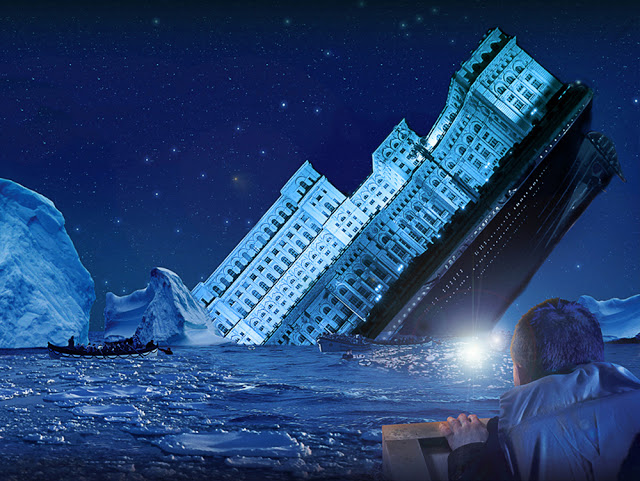 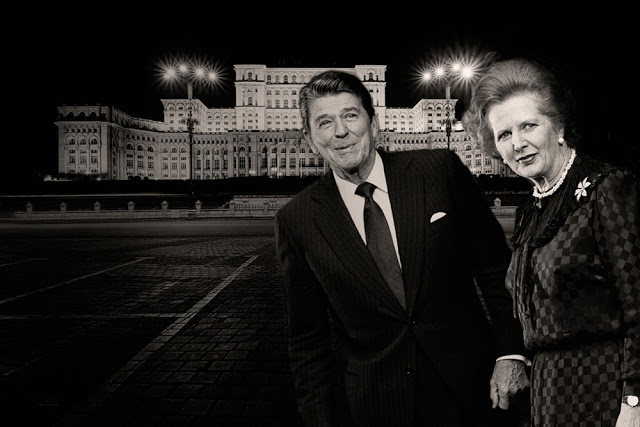 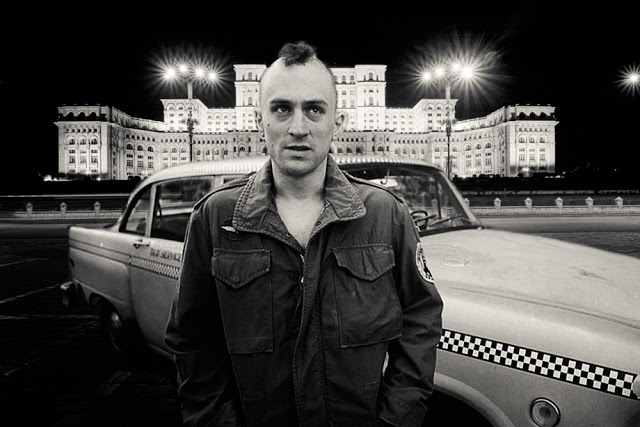 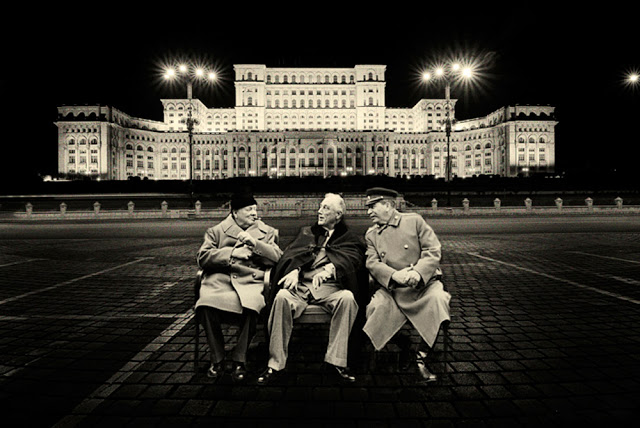 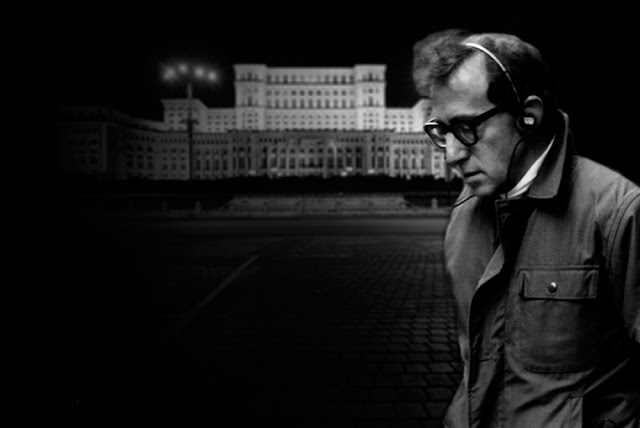 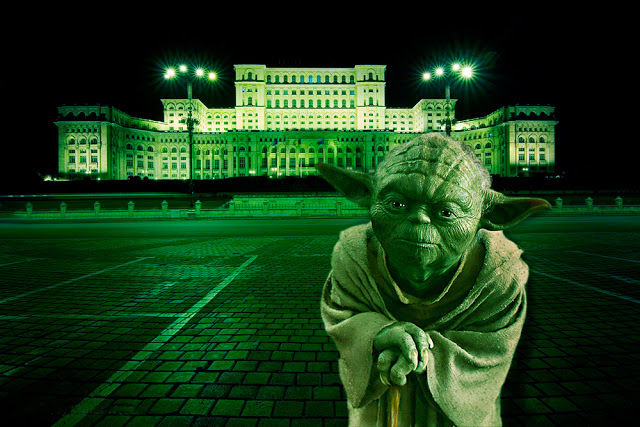