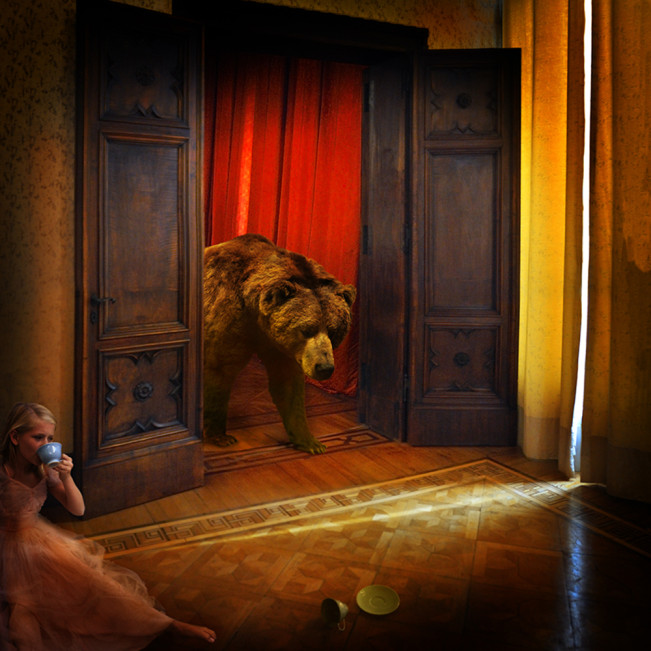 I have featured photographer Tom Chambers on Lenscratch many times, so when I heard he had a new body of work, I couldn’t wait to see what this master of photo montage had created. Much of Tom’s work revolves around the natural world, magical thinking, and adolescence, and his new series, Animal Visions, is no exception.

Tom was raised in the Amish farm country of Lancaster, Pennsylvania. Tom completed a B.F.A. in 1985 from Ringling School of Art, Sarasota, Florida with an emphasis in graphic design and strong interest in photography. Since 1998 Tom has devoted himself to photo montage photography for sharing the intriguing unspoken stories, all of which reflect his worldview and elicit a range of feelings in the viewer.

I had the great pleasure of writing the forward to Entropic Kingdom and it can be ordered through the Modern Book Gallery. 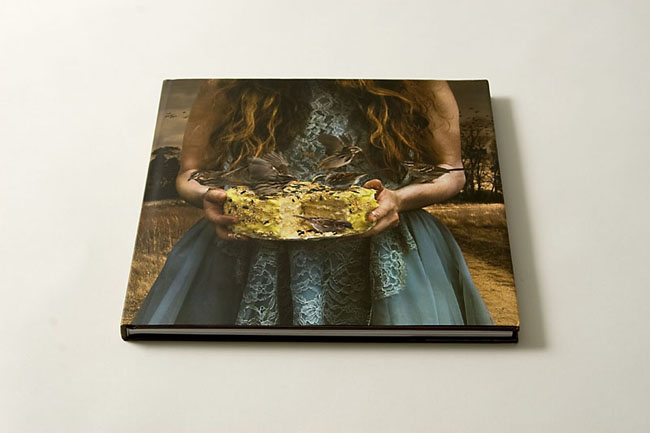 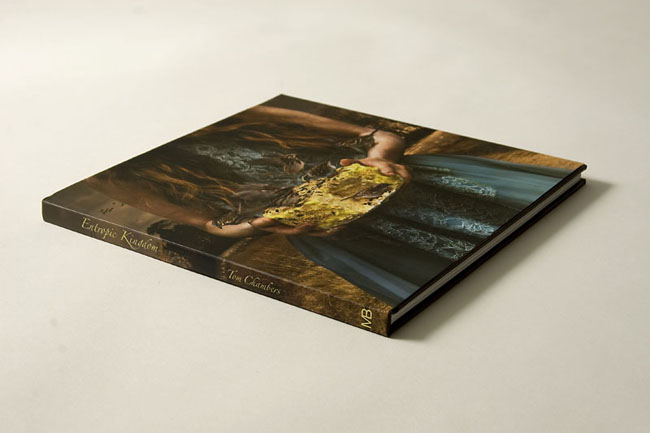 Animal Visions
All my life I have held a fascination with the animal kingdom, which began in my childhood growing up on a farm and extended into my adult years. On some inexplicable level I feel a special connection with both domesticated and wild animals. In this series Animal Visions my photomontages tell stories about these relationships.

While working on Animal Visions I found myself circling back to the influence of magic realism. In the early 20th century Latin American writers and artists used magic realism to create images, which with a simple twist go beyond the expected into the unexpected. In this series I have constructed images to tell unfinished stories, which initially might seem true and believable, but likely are improbable. As I imagined in my childhood the animals and humans share a kindred connection. 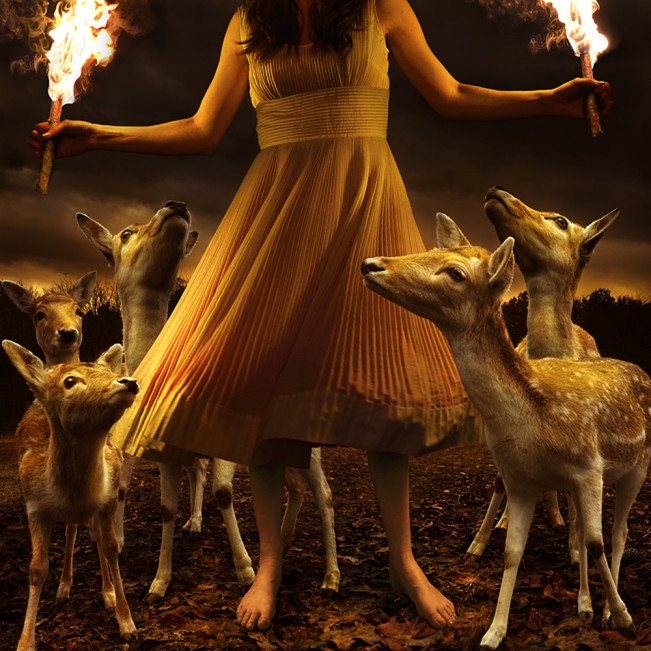 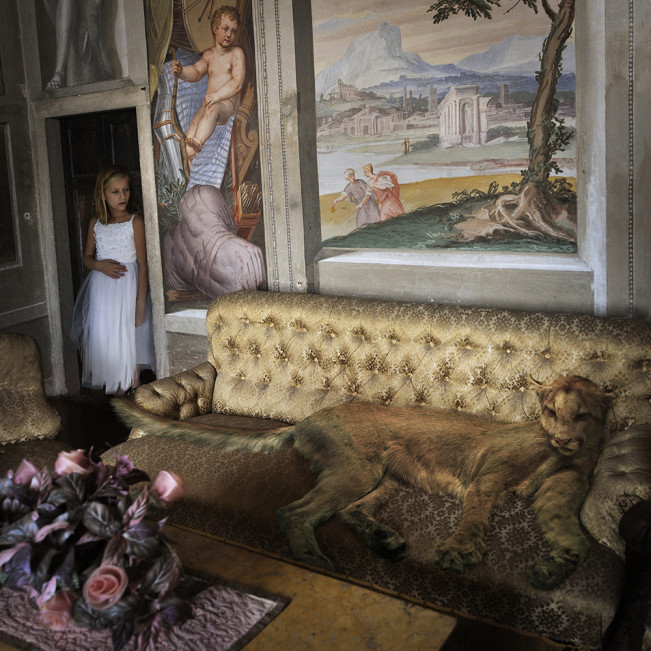 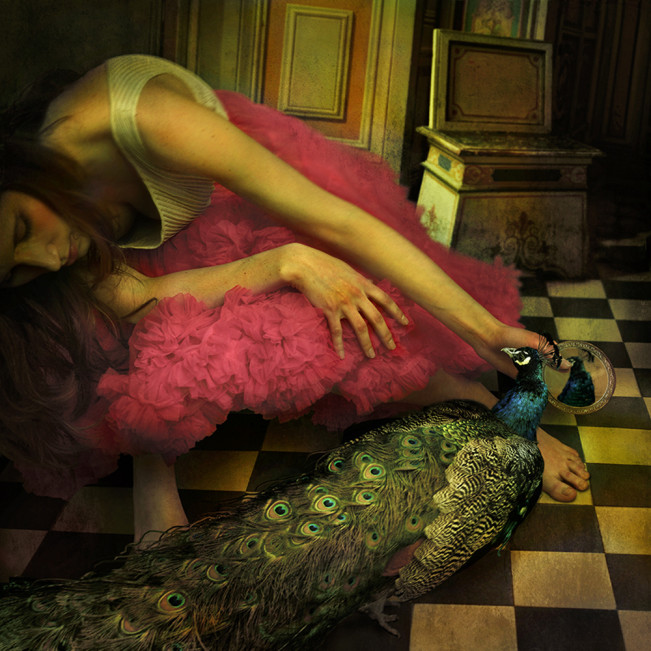 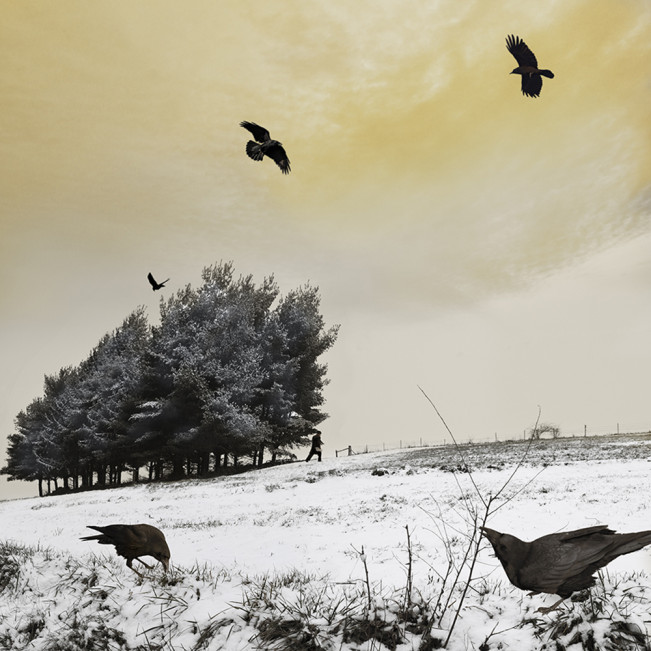 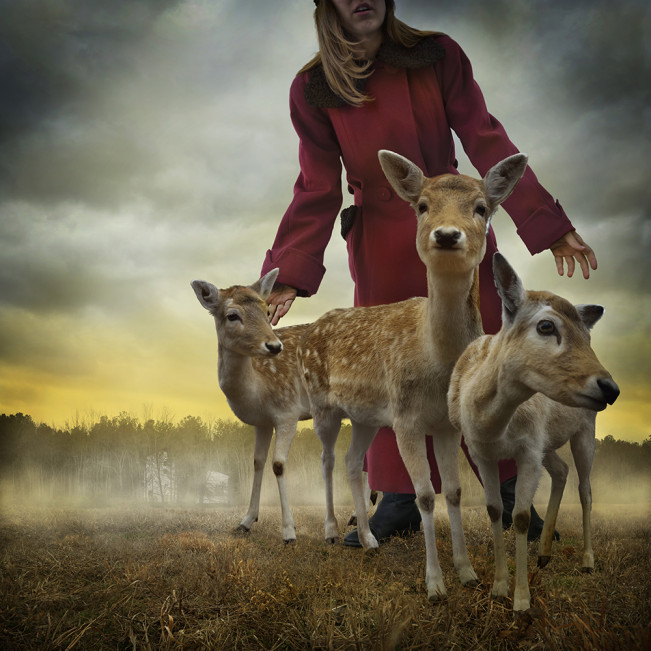 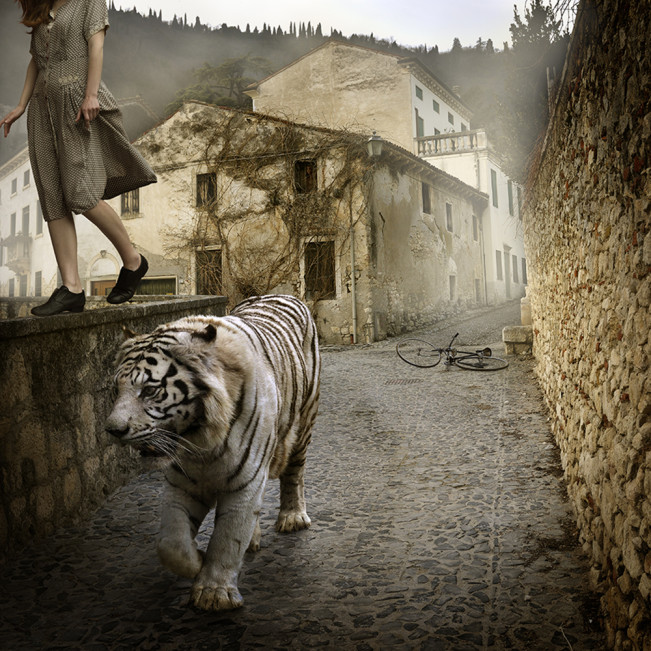 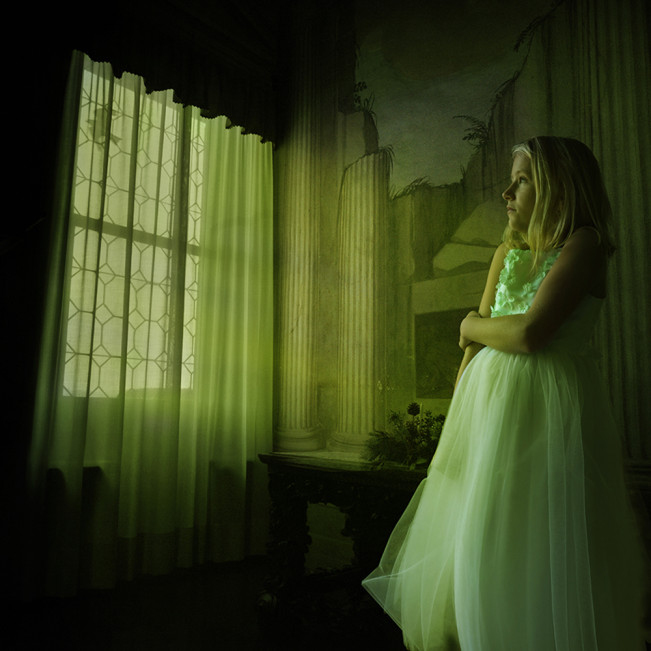 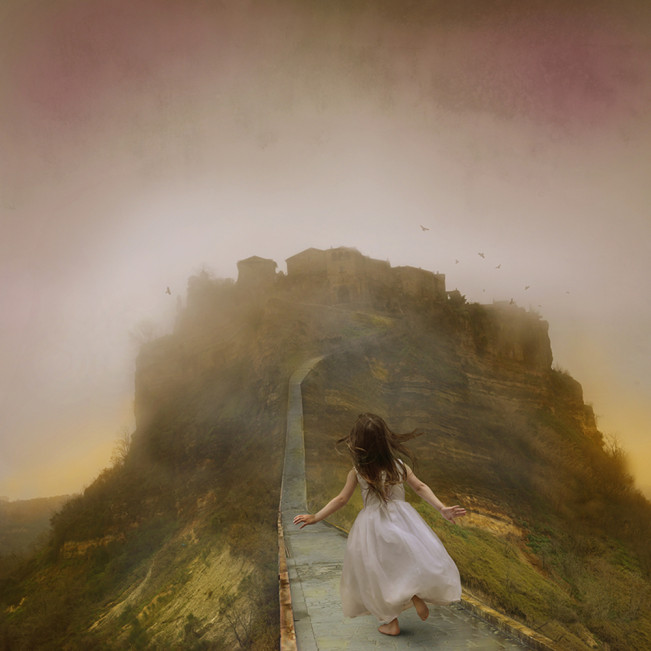 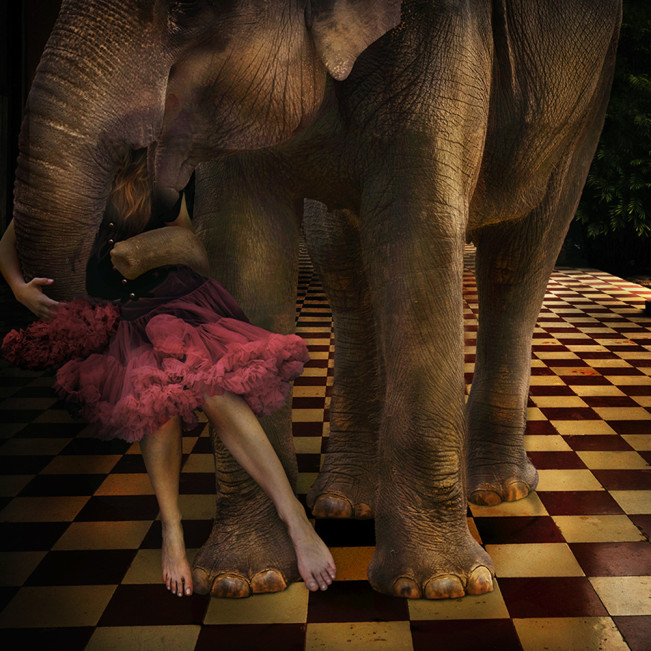 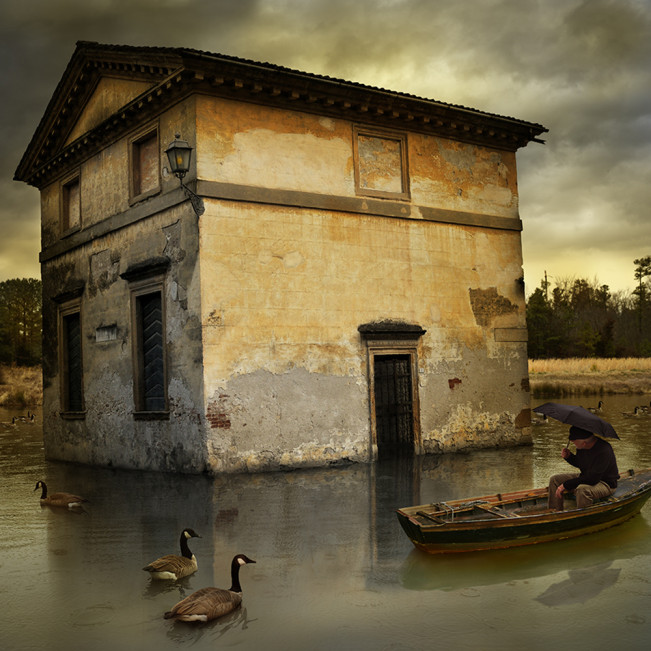