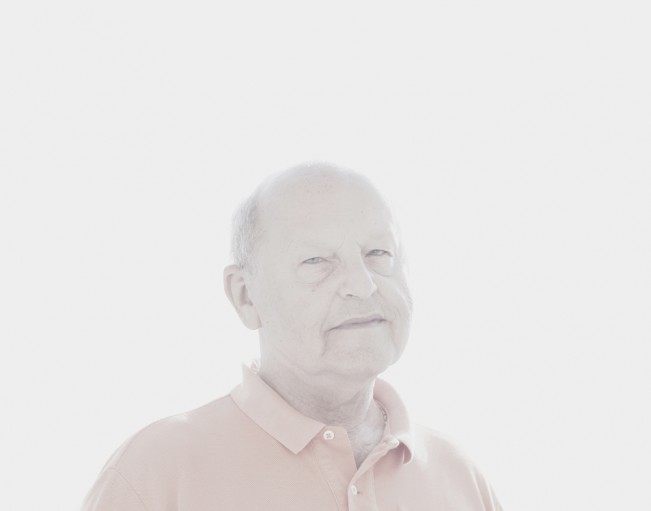 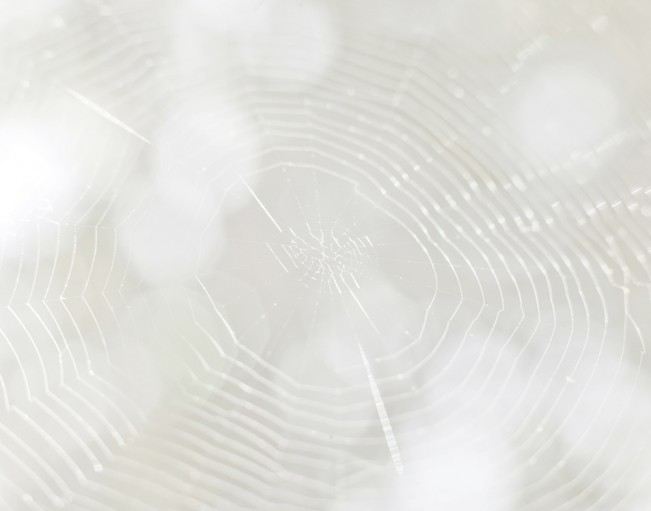 “…I could not identify them. They looked as if they were made of spider web. They were transparent. I only felt them smiling at me and a pleasant radiance approached me. All looked so familiar…. “

Like photographer Daniel Kovalovszky, I have always wondered about death, not about heaven and hell, but the possibility of a place where we are our best selves, filled with love and peace. Before my mother died, we conspired to communicate if we could, and in some ways we have. Daniel’s own search for answers came from a deep sadness and distraught place of not knowing that fate of his mother after she passed on. The series, The Insiders, examines those who have died and come back to life, carrying something from the other side, and leaving something behind. All have profoundly changed their lives and have moved their focus to love.

Daniel’s bleached out portraits with accompanying descriptive images create a fascinating project about hope and possibility.

Daniel lives in Budapest, Hungary. After graduating from high school he studied portrait photography and photojournalism in Budapest. He has been working as a photographer since 2001. Between 2001 and 2010 he made several documentary photography essays, mostly about human aging in Hungary. Over the last few years he has become deeply interested in landscape and portrait photography. Besides taking photographs of woods in Eastern Europe, he made a portrait series concerns the personal stories of people who have had near-death experiences. His works are long-term projects and getting conceptual. Daniel’s photographs have been exhibited in several galleries and museums in Eastern Europe and the United Kingdom 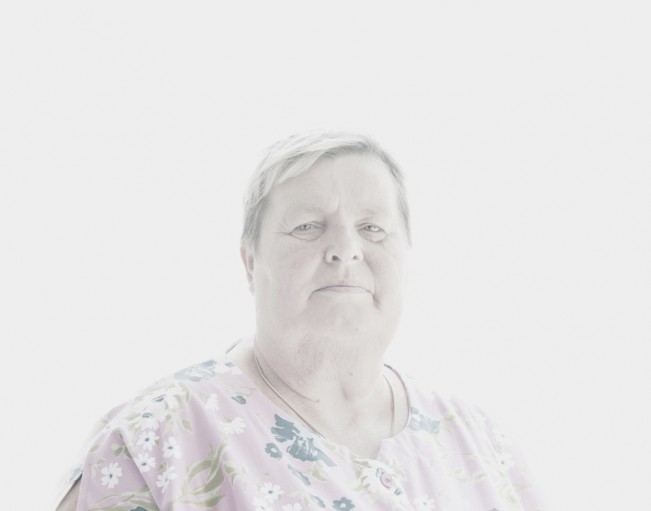 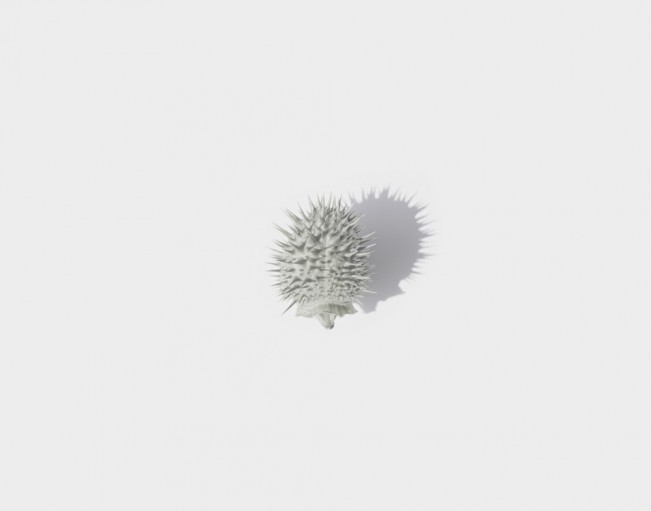 “ A poisonous weed, Jimson weed grew in the garden. When its fruit, a spiny capsule, is fresh and the spikes are broken off it looks like a gooseberry. My brother put one in my mouth and I bit into it, but immediately spat it out. I only remember that I had a slice of bread with a cold cut of meat and then I felt terribly sleepy and unwell.”

Before I turned 29, I was only vaguely concerned about death, but life forced me to face it directly. The time came in 2008 when I lost my mother. Until then she was a vital force in my life, feeding me with energy and protecting me. Moreover, it’s my life that I can thank her for. For a long time I didn’t know how to deal with the infinite emptiness and bottomless grief that she left behind. The fact that she had to leave our loving family made me angry and furious, but I had no choice. I had to allow room for mourning and begin to process the loss in order to be able to live my life. One era closed and I became an adult, while ceaselessly wondering about things that might have happened to her after she departed. I was thinking about a phenomenon which was one of the greatest yet least understood mysteries of humanity. It wasn’t an easy task. For a long time I couldn’t comprehend the fact that I won’t see my mother as a flesh and blood, living person. I might have been looking for the certainty that she is at a good place without pain and she still exists in her death. I wanted to believe that she can still see us and know about us. A legion of disturbing questions engulfed me and I had no answers. 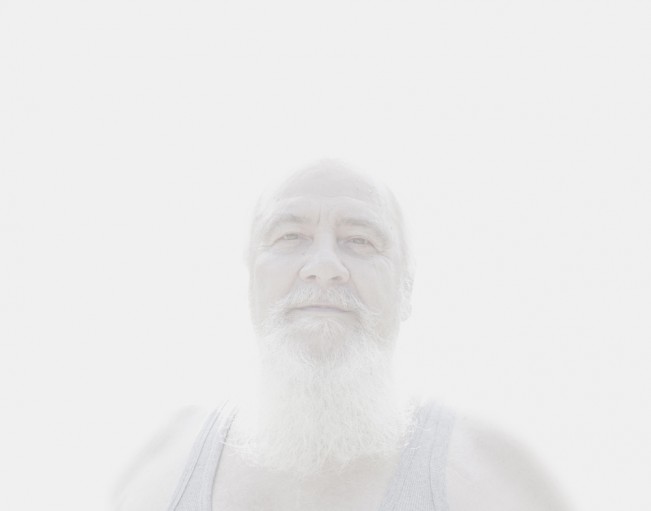 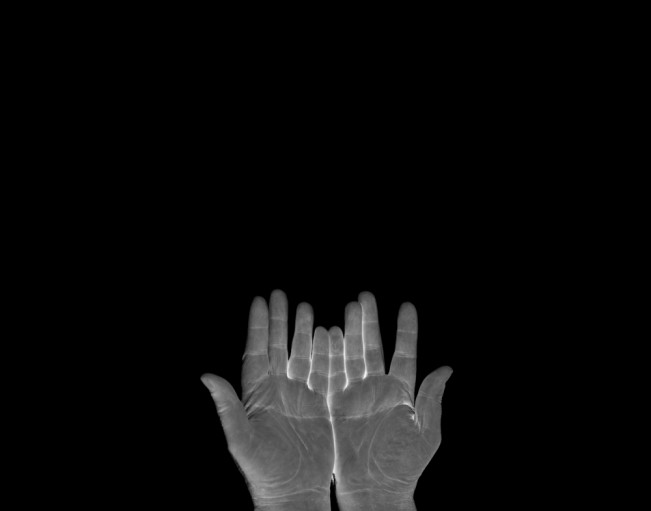 Following the nine-minute-long clinical death the Life and Head Lines joined on Tibor’s hand. Before that they had been two separate lines.

Though we don’t think about death day after day, it seems to be ceaselessly hovering above us. Nevertheless, we live our daily lives as if it was endless. We can’t imagine our own deaths since we’ve been coded for life. We don’t know the exact date of our departure and we take it as a merciful thing. In Eastern cultures the rituals connected with passing away are as intimate as birth rituals. Yet in our over-civilized world the notion of death remains a taboo, with several negative feelings and fears surrounding it. Since we look at the body and the soul as inseparable entities, the thought of these two separating by death makes people worried. But what are we really afraid of? Is it the total end of existence or the continuation of life? After death, our physical body is perished, but what happens with the other part of the whole, the part we call the soul or sense. I’m looking for the answers to these difficult questions in terms of my subjective belief system. 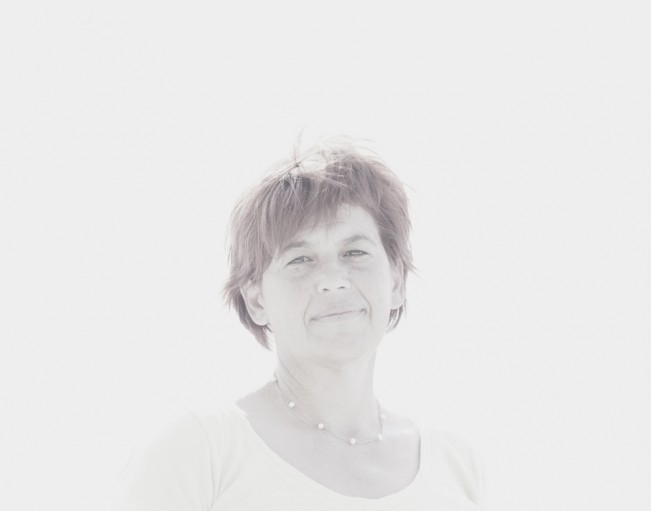 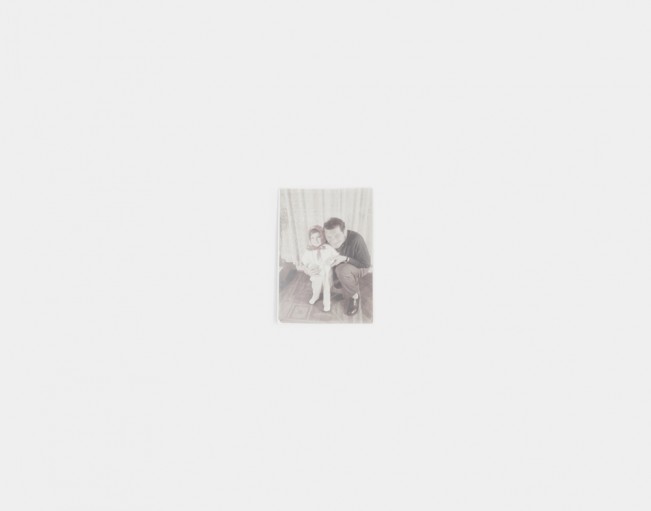 Iren and her father on a family photo. “At dawn I woke up feeling terribly sick. Somehow I knew I would die……and then everything went black…..I fell into bottomless blackness…I suddenly felt that somebody is standing next to me…I look around and there I can see my father…greyish mist was surrounding us and there were plenty of people from my life: people that had already been dead. “

The only way I believed would bring some breakthrough in dealing with my loss was to talk about death with people who were close to it or had experienced it in some way. The protagonists of my photography series were chosen irrespective of religious, existential or social affiliations. These people didn’t know each other before their near-death experiences. Nevertheless, their separate stories had many similarities: eternal love, a sense of peace, timelessness, meeting with relatives who had died earlier, a sense of a very strong but not blinding light and facing the consequences of their activities on Earth in an incredible way. Almost all who came back brought something along with them and left something from this world there. Following recovery, their lives went through a radical change. Everything in their lives has been revalued and rearranged: their relations with others in quantity and quality, and their stand towards the material world and money. It became clear to them that in life nothing is more important than unrestricted love, forgiveness and knowledge. They took worldly life as a kind of a preschool, which gives them a chance to develop and change. 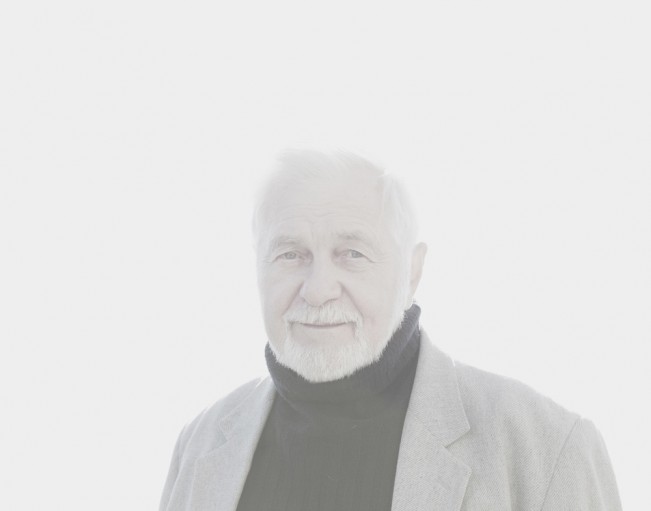 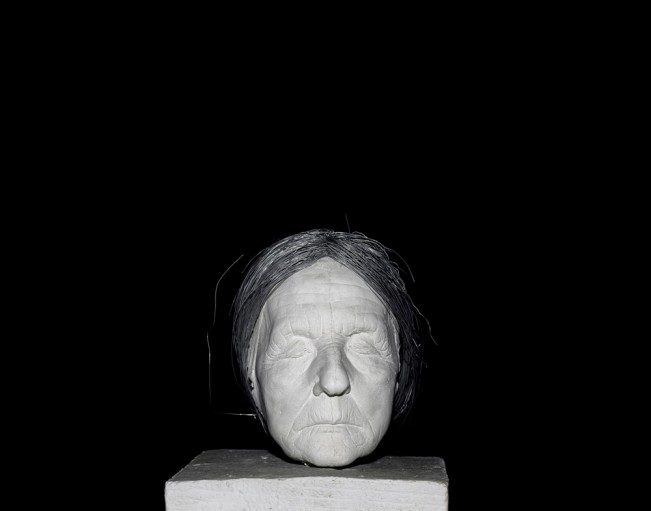 Statue of Irma Patkos by Erzsebet Schaar which at present is in the Erzsebet Schaar Museum, Pecs “I curated an exhibition of artworks by Erzsébet Schaár and Tibor Vilt in Duisburg’s Wilhelm Lehmbruck Museum in 1977. By then Erzsébet had been dead for two years. I stayed in the town’s guest house. I began packing, but I didn’t somehow manage it. As I stood up from the table I had a strange twinge in my back. Somehow I had increasing difficulty with breathing. I started to seriously feel that there was trouble.I don’t remember, but I suddenly saw myself lying on a bed surrounded by strangers. I found the matter weird, but didn’t think it would really concern me. Without any emotion I acknowledged the simple fact that I, who was lying in front of me there, was finished…”

Meeting these people fundamentally altered my attitude to life and death. Most of the disturbing questions received answers, uncertainty left me and the infinite space inside me has been replaced by solace and hope. My series concerns the personal stories of people who have had near-death experiences. The photographs placed next to the portraits highlight a phase, a memento or a symbol taken from their stories. The subjective nature of the theme directed me to explain the unexplainable by creating a surreal atmosphere via the language of photography. The word-by-word quotations are equal in significance with the photographs, since they complement each other and create a comprehensive picture of the subject. 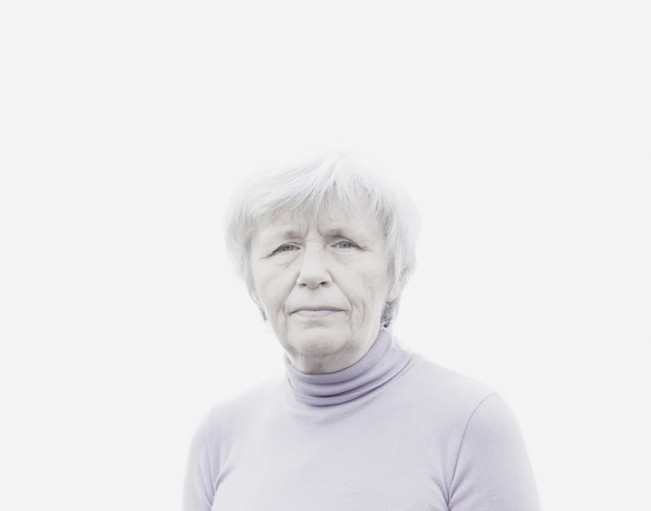 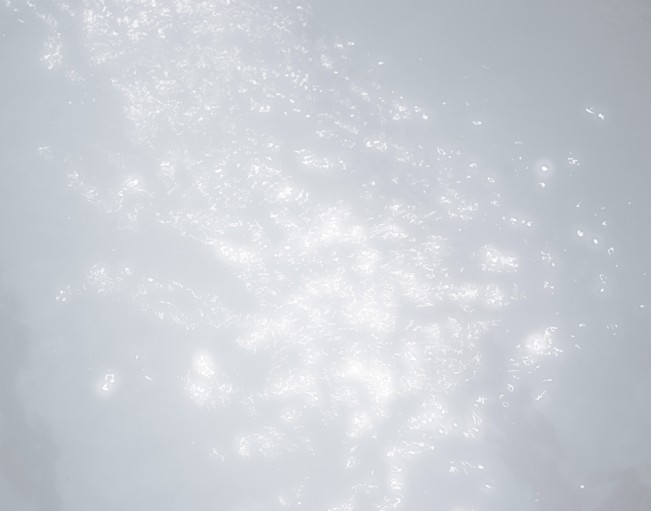 The pool where Katalin drowned at the age of 13. 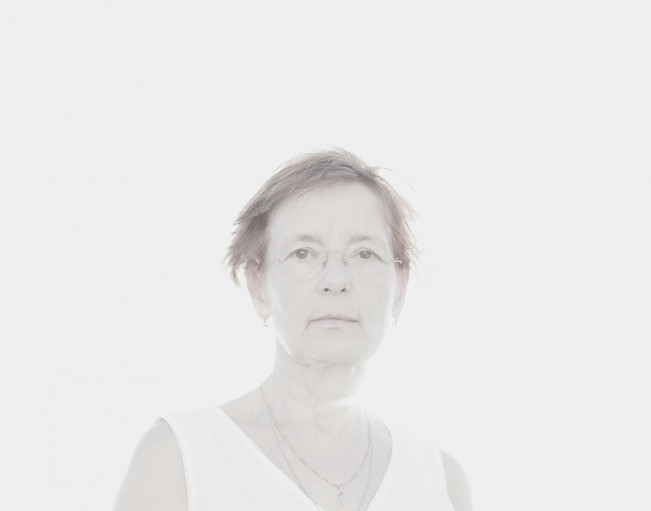 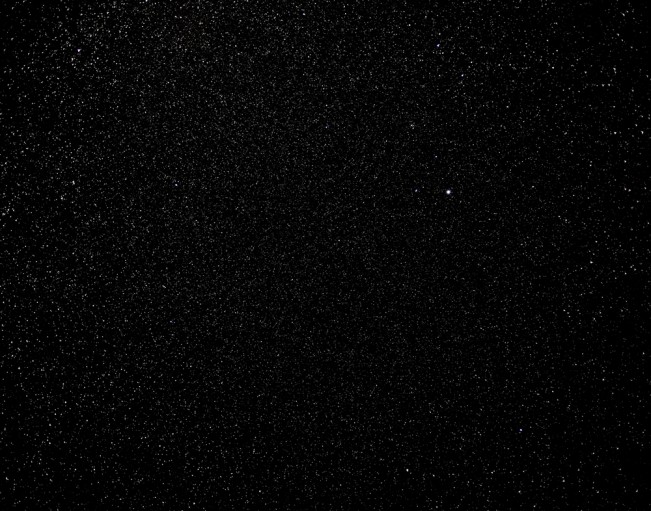 “I crossed the ceiling, the wall…as if I was being sniffed or a magnet was pulling me…I was light as a feather and I felt as if I was swimming in an ocean of love…that world is just unbelievable, plenty of planets, mist and stars. And I was just going upwards and upwards. It was so beautiful…”