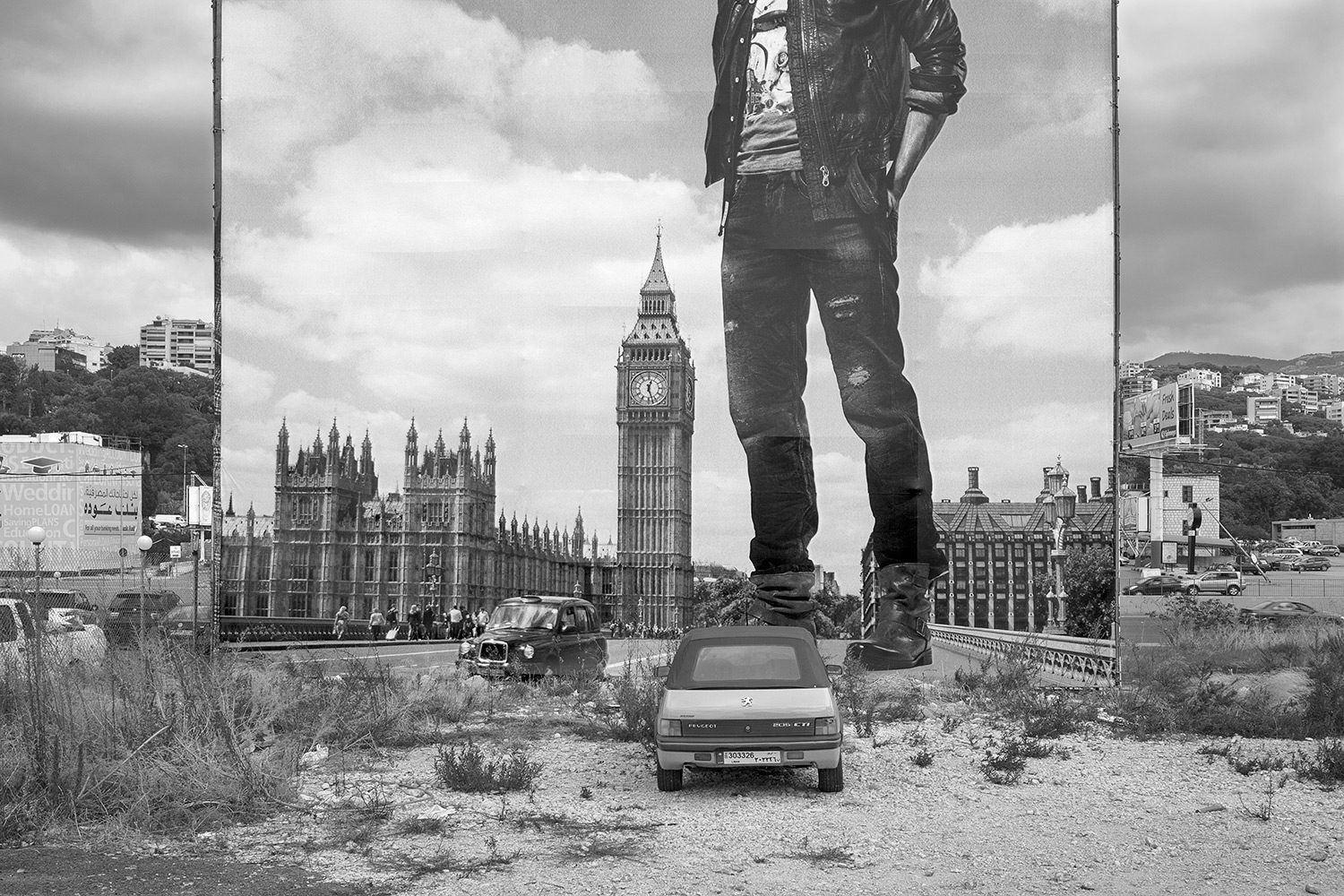 Manal Abu-Shaheen’s visually engaging series plays with perception and place as she captures the monumental scale of western advertising in juxtaposition to the urban setting of her hometown, Beirut. Manal examines how the idealized image of one culture interacts with the reality of another, using a palette of black and white that speaks to the history of street photography. These billboards loom over a city and culture unable to achieve the products and lifestyle offered in the advertisements, creating a discomfort and an altered reality that makes us question why they are there in the first place.

Manal recently opened Familiar Stranger, an exhibition of her Beirut work at the A.I.R Gallery in Brooklyn, running through March 12, 2017, marking her first New York exhibition. She will later open an exhibition at Lord Ludd Gallery in Philadelphia, April 14 – May 21, 2017.

Manal Abu-Shaheen (b. 1982) is a Queens-based artist born in Beirut, Lebanon. She received an MFA in Photography from the Yale School of Art, New Haven, CT in 2011; a BA from Sarah Lawrence College, Bronxville, NY in 2003; and attended Lebanese American University, Byblos, Lebanon in 1999. Her work has been exhibited at the Queens Museum, Queens, NY (2016); The Center for Fine Art Photography, Fort Collins, CO (2016); Crosstown Arts, Memphis, TN (2016); The Bronx Museum of the Arts, Bronx, NY (2015); The Print Shop at MoMA PS1, Queens, NY (2014); Camera Club of New York, NY (2013); and Welch School of Art and Design Galleries, Atlanta, GA (2012), among others. She is a recipient of the 2016/17 A.I.R Gallery Fellowship and the 2015 Artist in the Marketplace Residency at the Bronx Museum of the Arts. She currently teaches at the City College of New York and is a participant in Lower Manhattan Cultural Council’s Workspace Residency program. 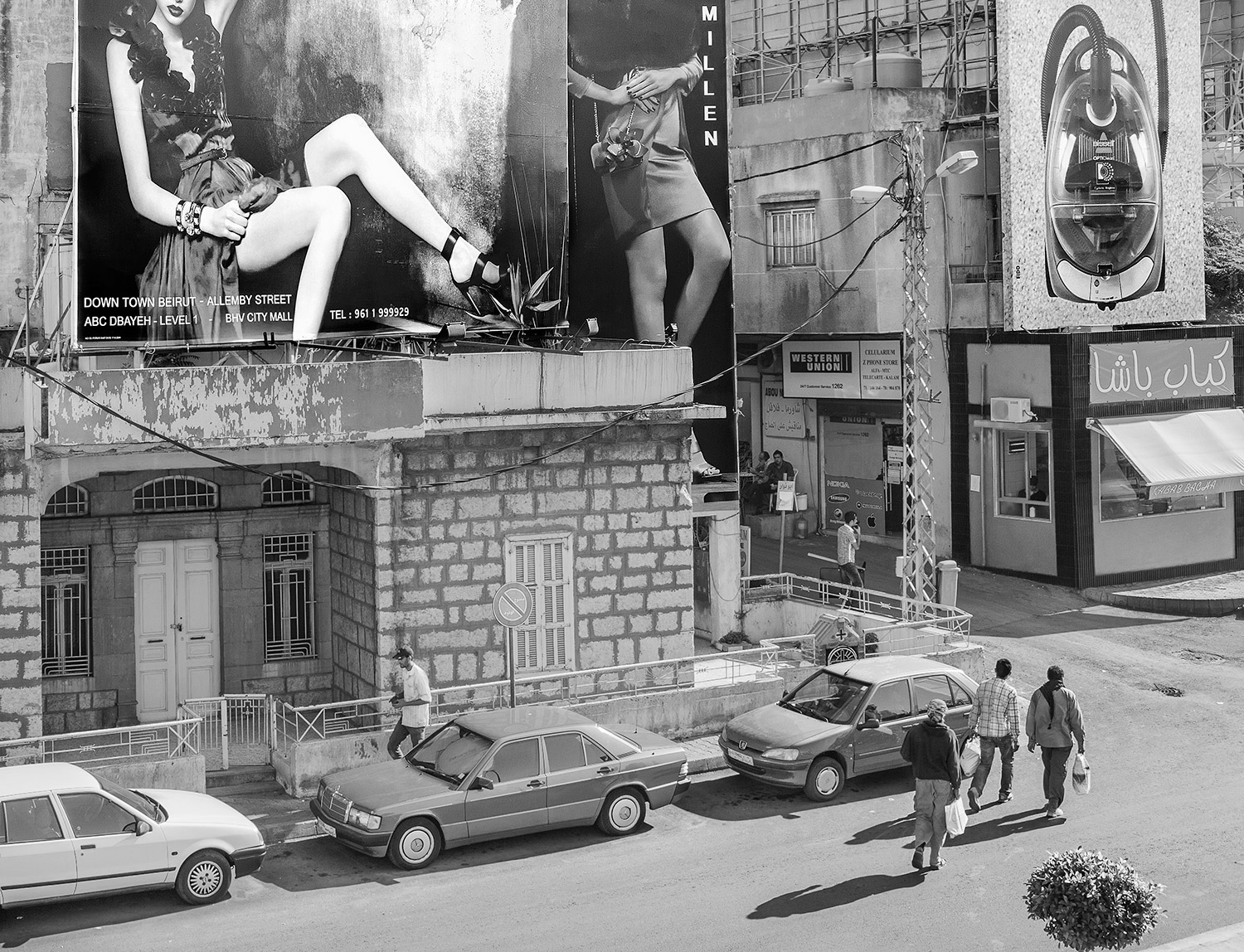 I use photography to filter my experience of my two cultures. I was born in Beirut in 1982 at the height of Lebanon’s civil war. A few years later my mother, who is American, insisted our family move north to escape the violence. I was raised in my father’s hometown, Amioun, in the postwar environment of the 1990’s. During that time, the fragility of peace was palpable and the reconstruction of downtown Beirut dominated the news. In 2000 my parents separated and I relocated to the US with my mother. Having a footing in both places has shaped my perception of cultural power dynamics, from international politics down to individual relationships. 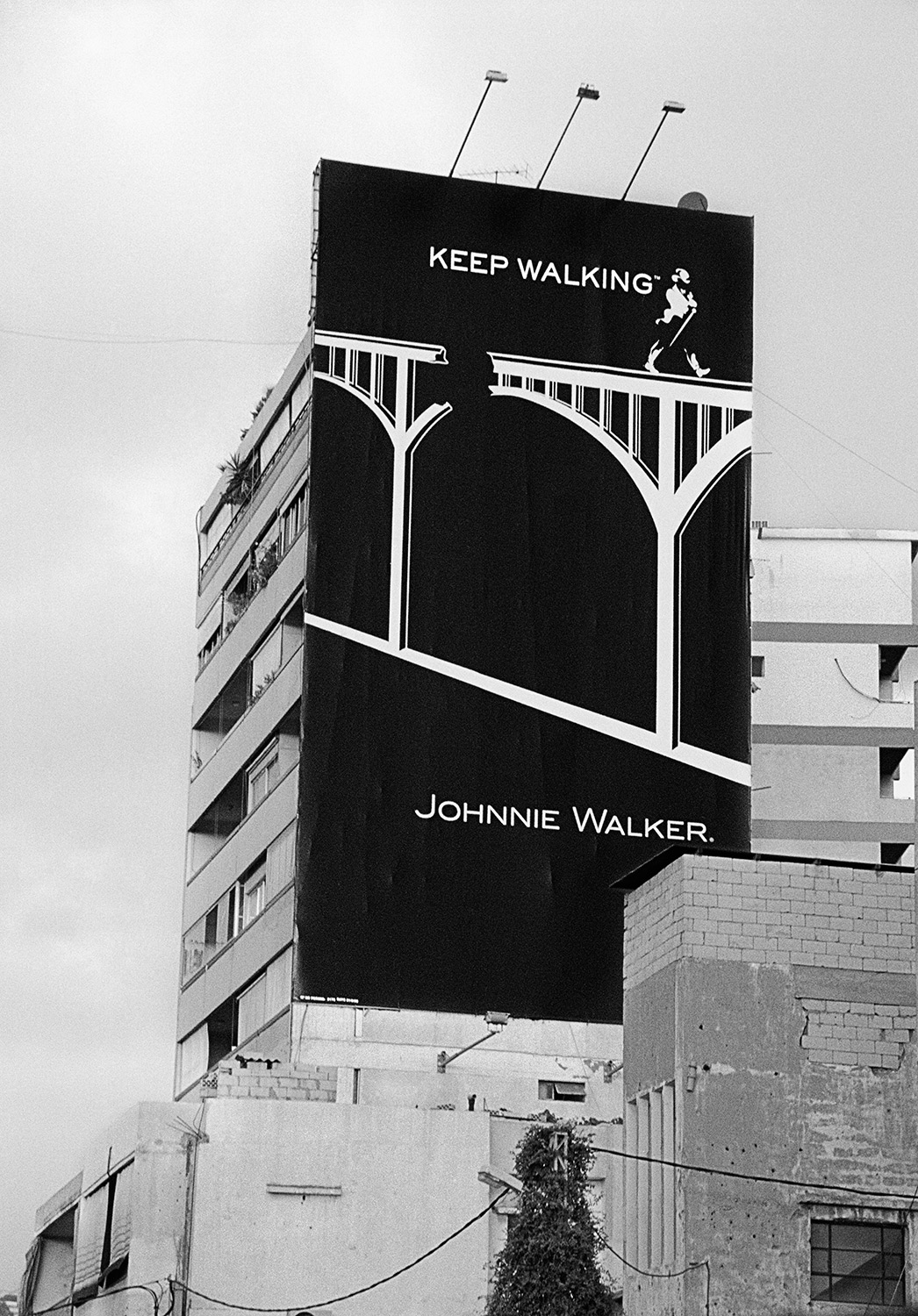 For the past two years I have been photographing landscapes in Beirut. My recent work focuses on the ways in which globalized communication brings idealized images from one culture in contact with the realities of another. Motivated by a lack of visual history of the landscape in Lebanon, I am building my own photographic archive of what Beirut looks like today: a city dominated by billboards. In one sense the advertisements serve as a visual indicator of capitalist growth, and in another they purport a mythologized western ideal that is incongruous in the post-conflict city. Hovering monumentally above the developing landscape, depictions of western men and women offer luxury products that have become locally available in recent years. Advertising functions best when it couples the attainable with the unattainable—the unattainable in this case, is the idealized culture of another civilization. The advertisements and pervasive neo-liberal capital represent a contemporary form of colonialism. This under-documented place is now occupied by images of a different place and people. What is new and fascinating to me about this system is that it employs images as its most powerful tool. 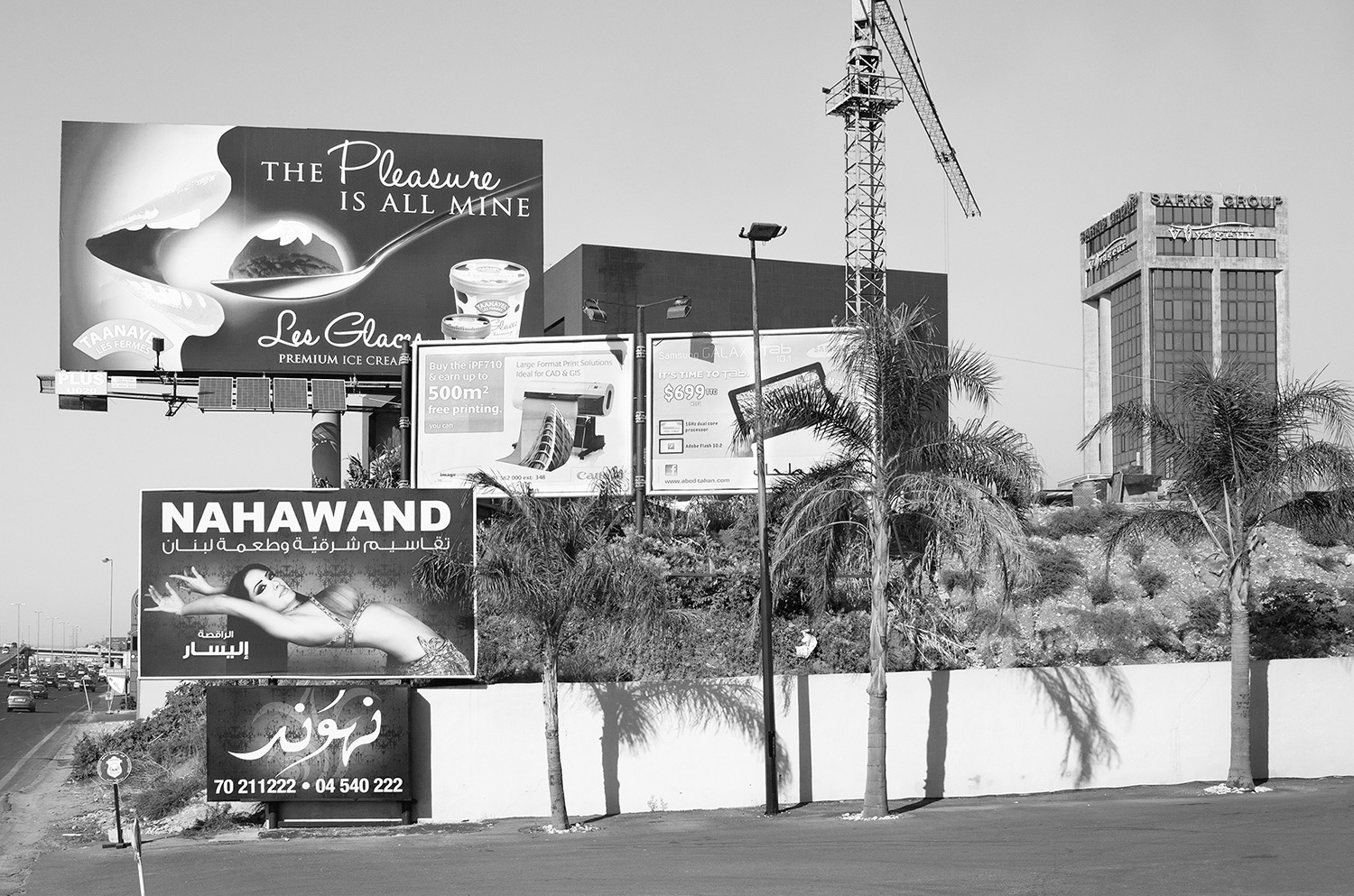 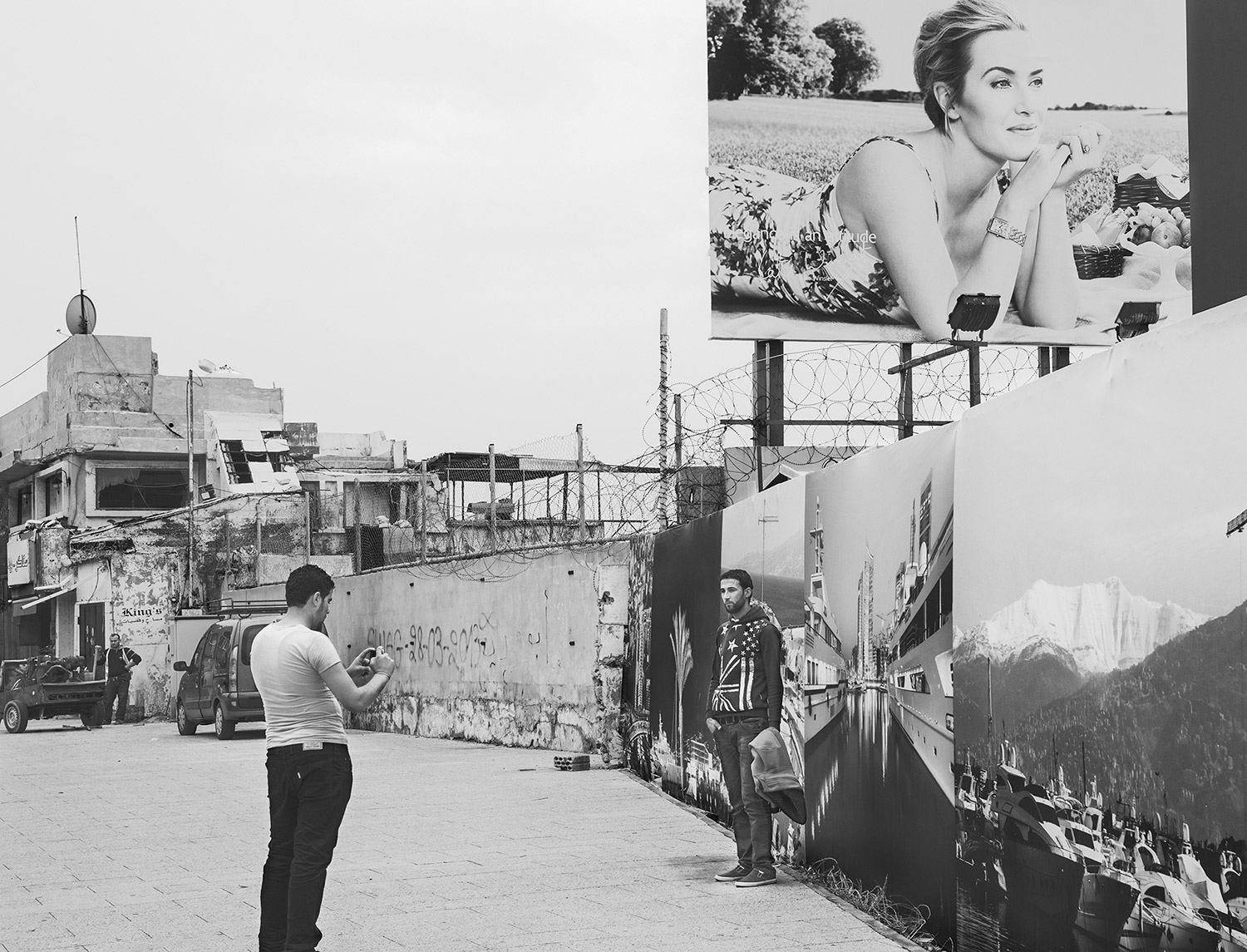 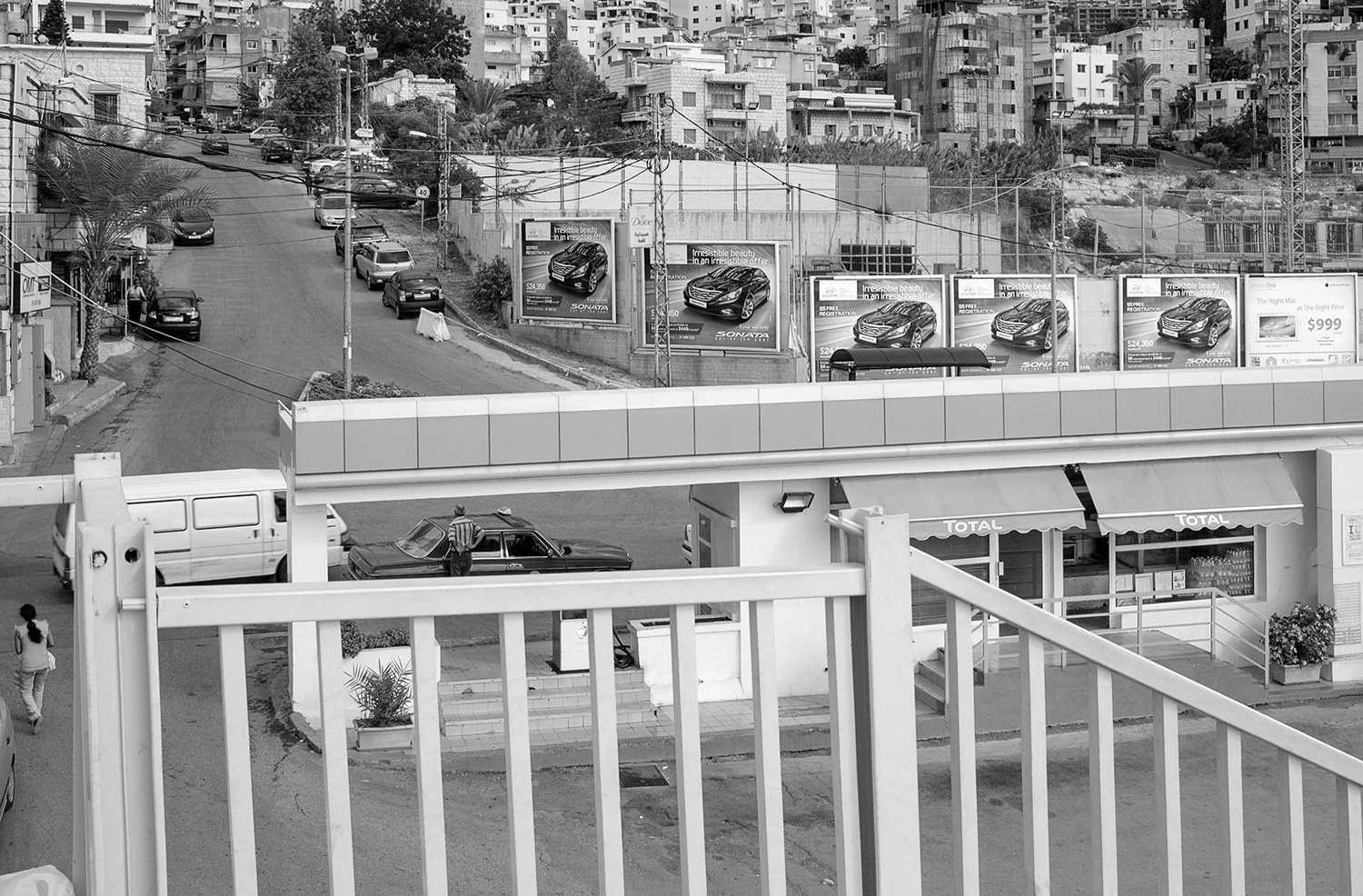 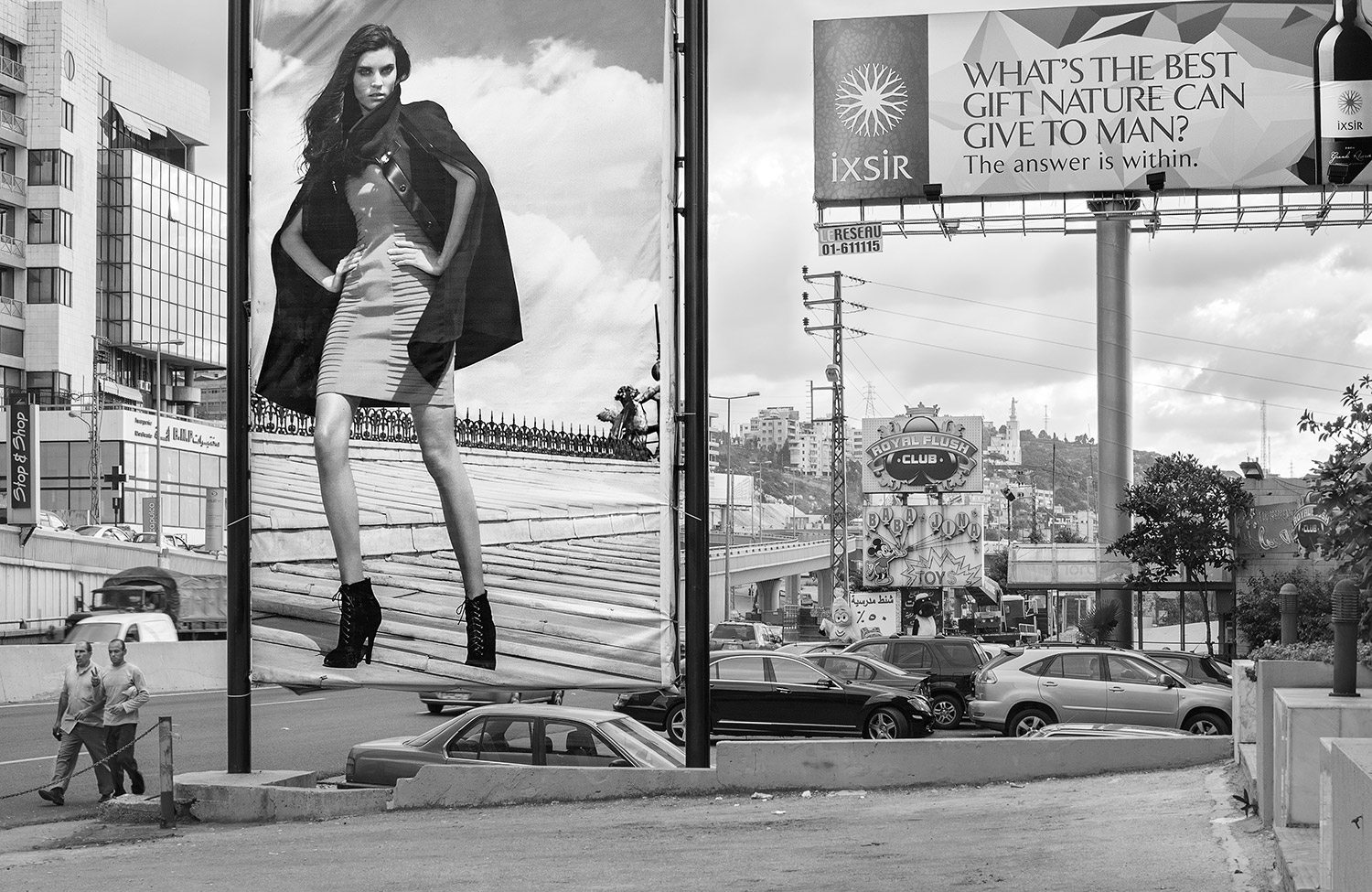 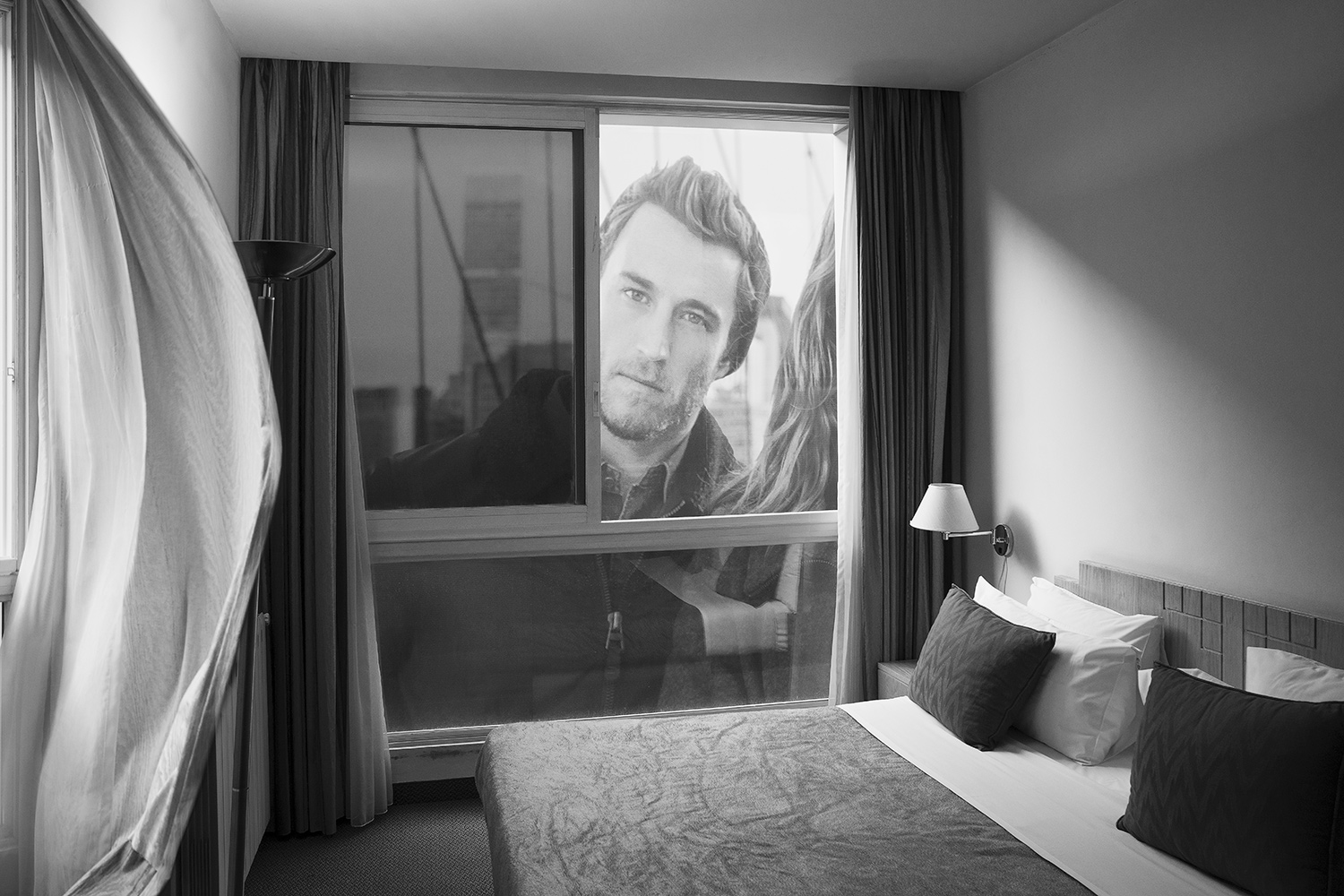 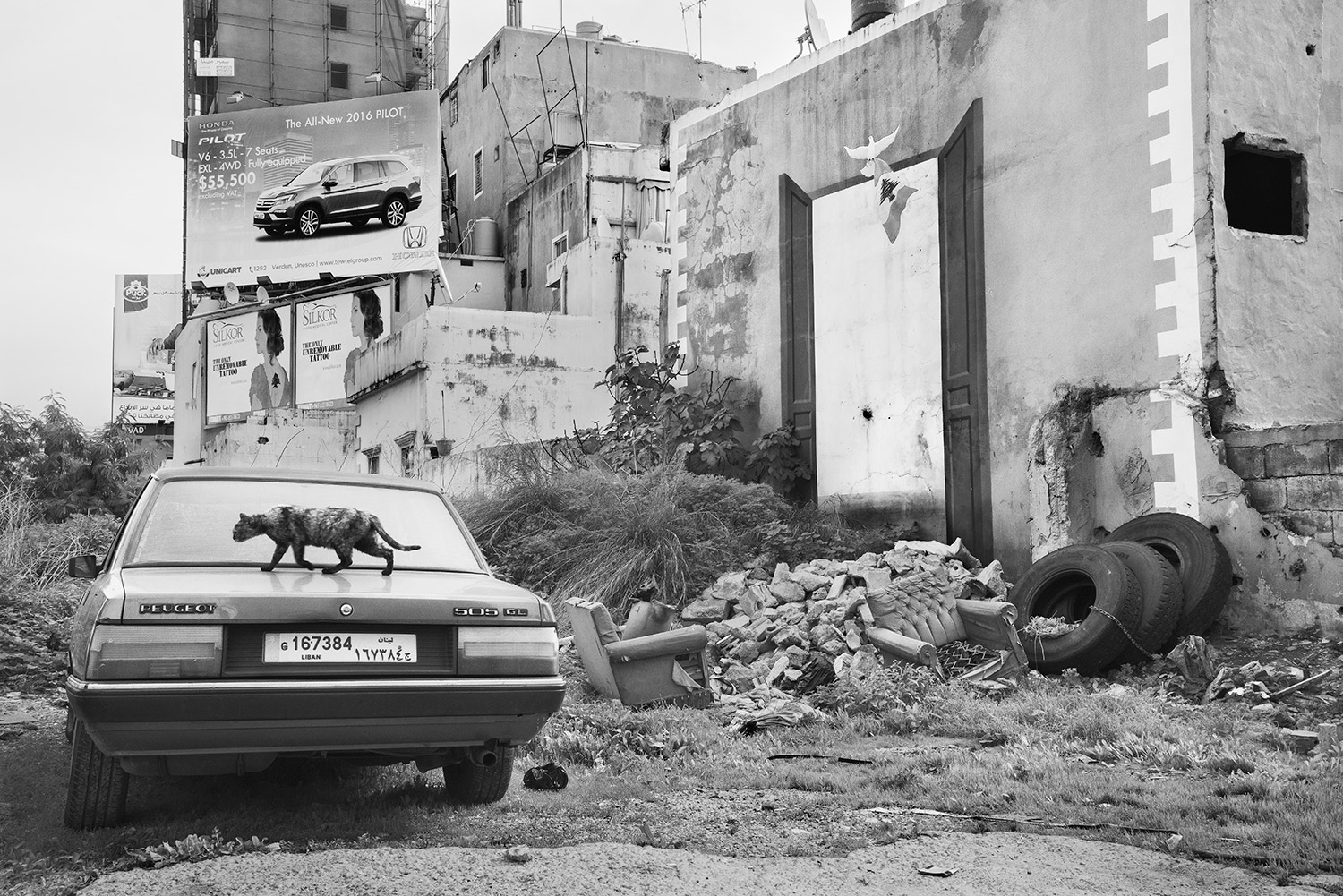 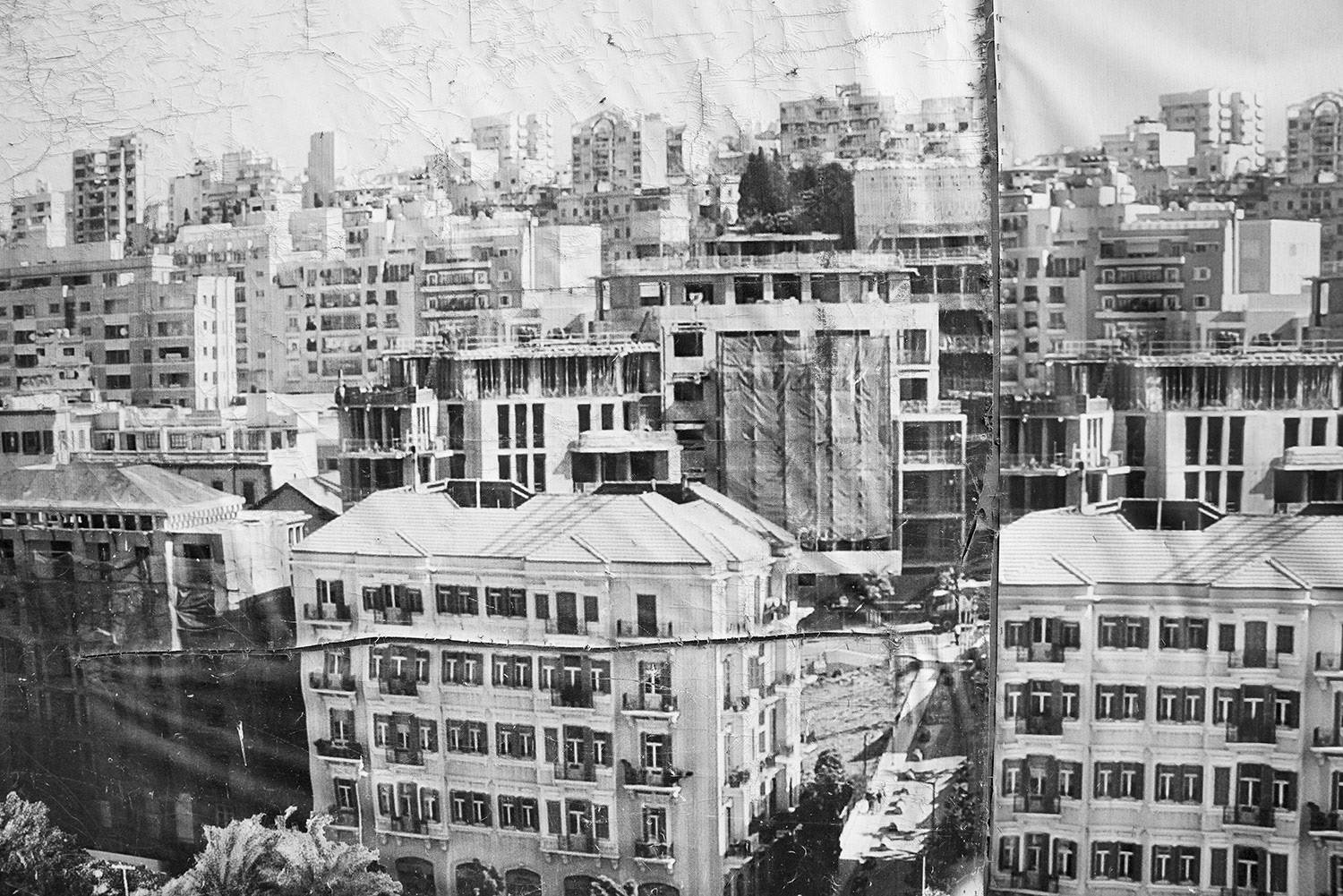 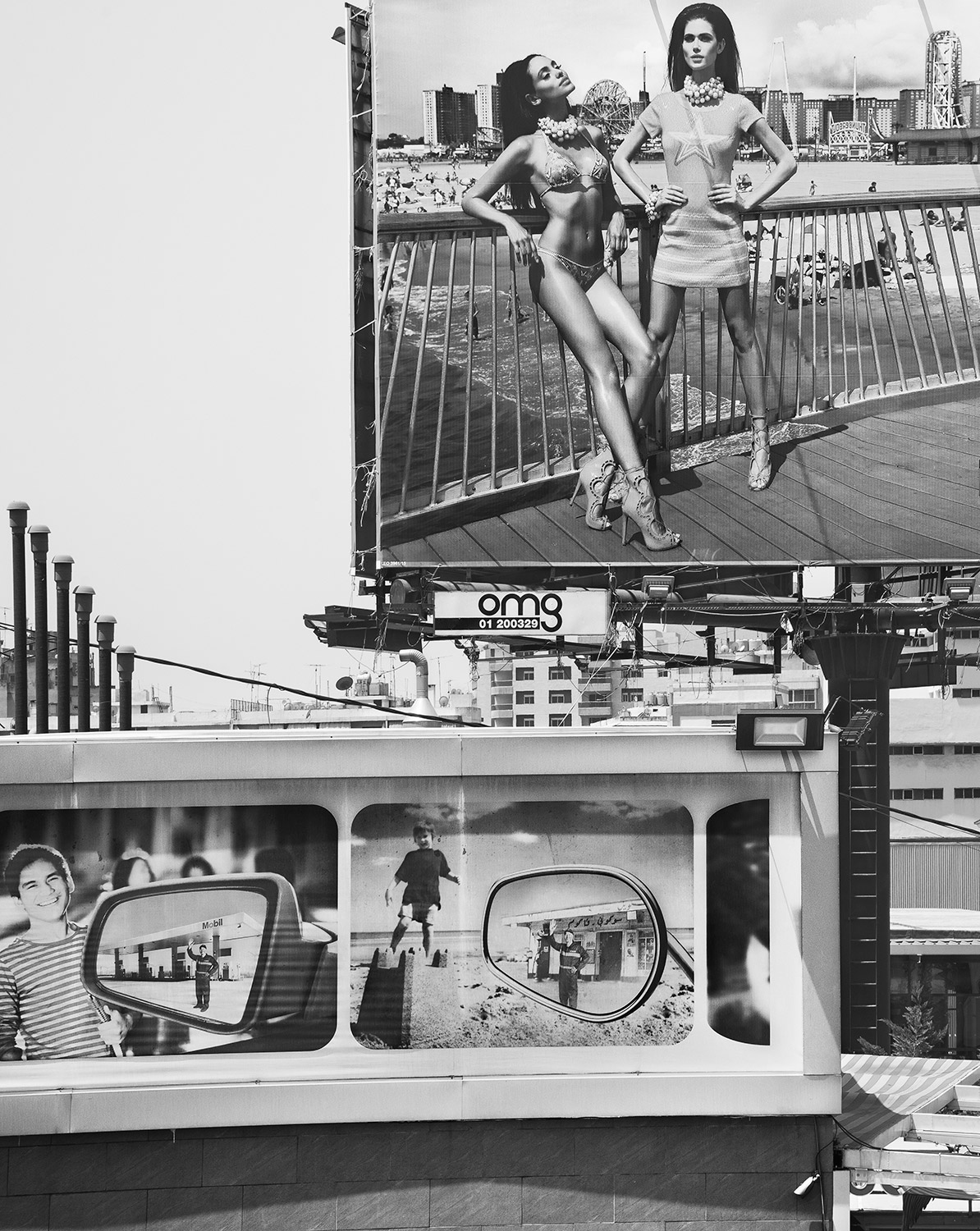 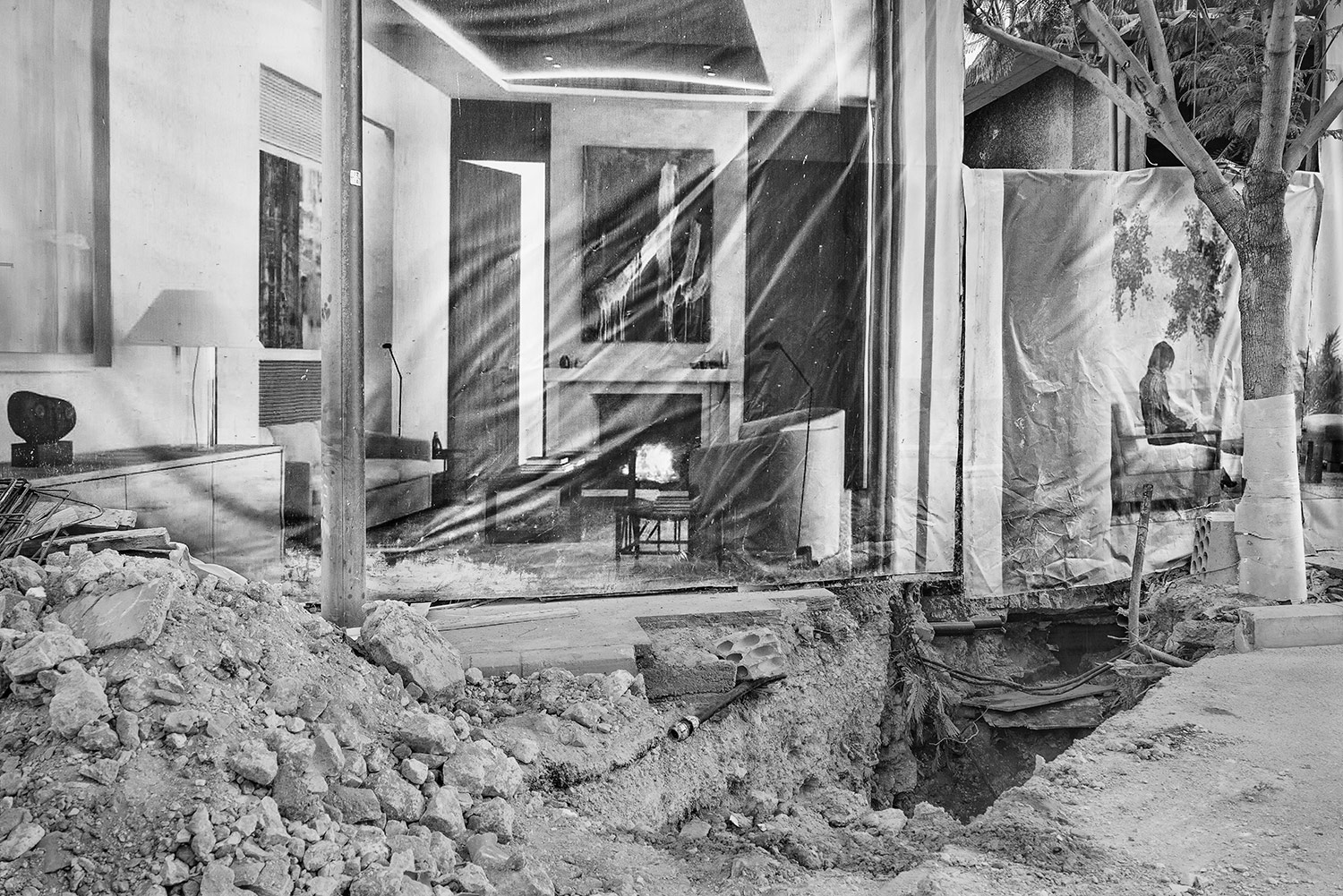 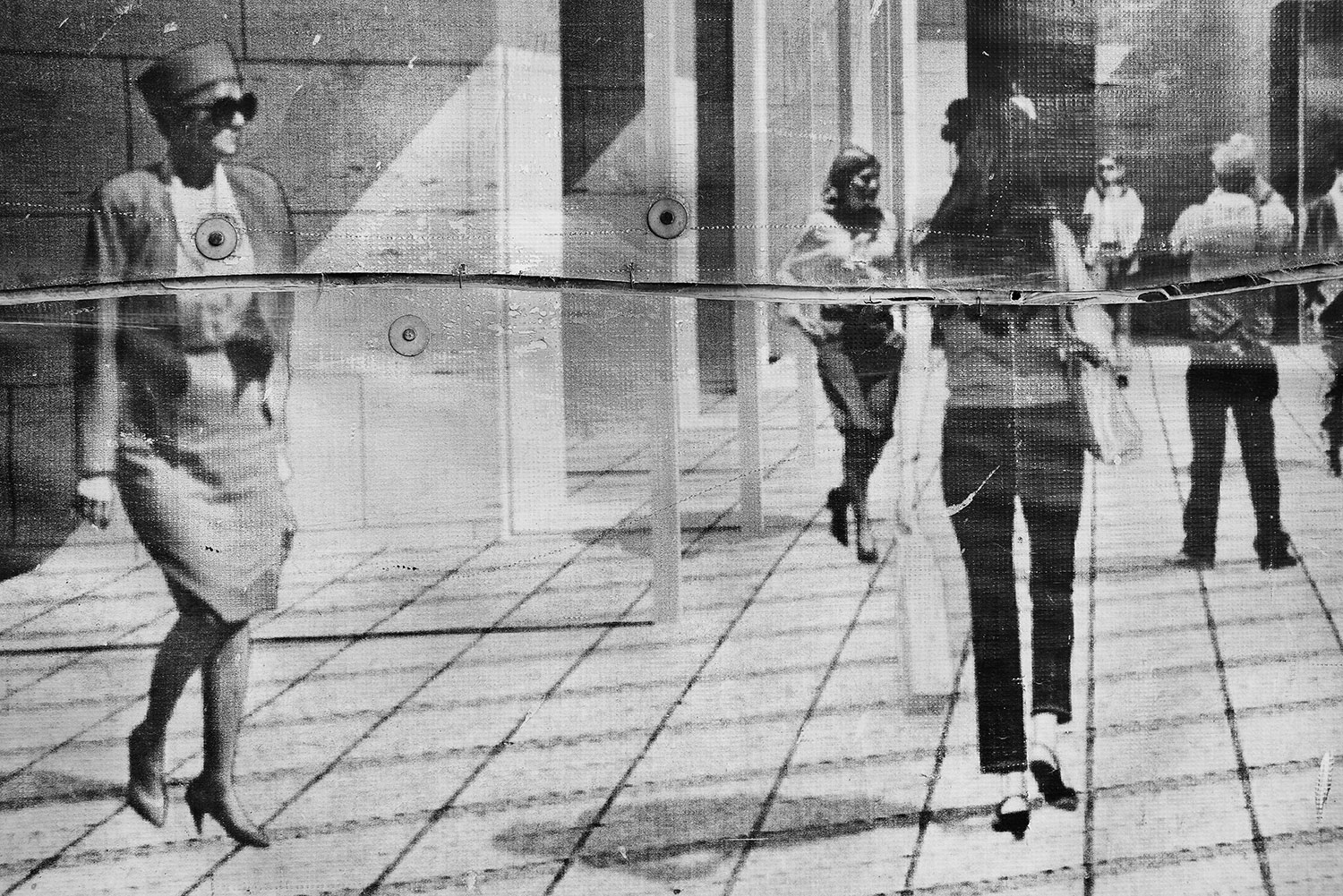 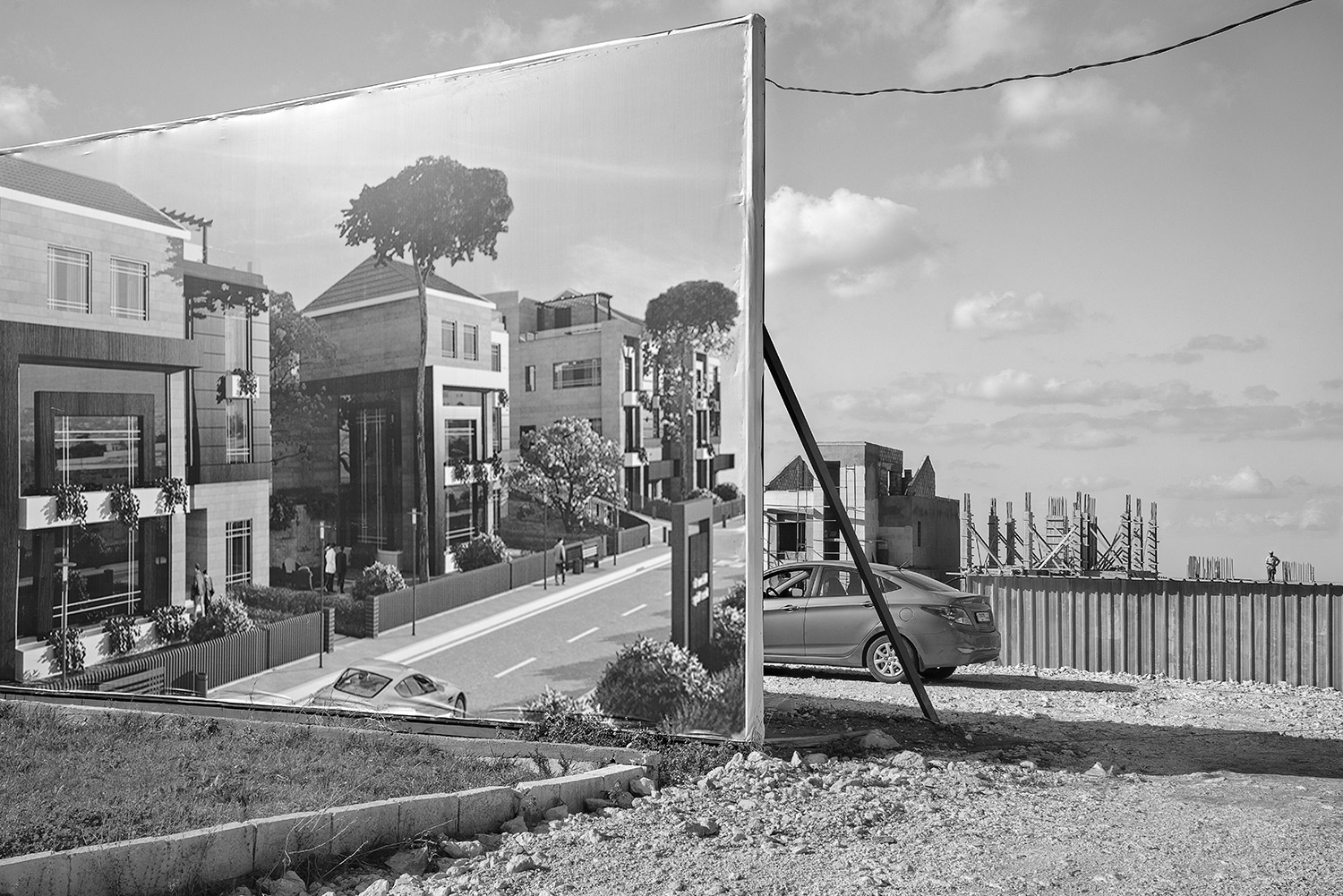 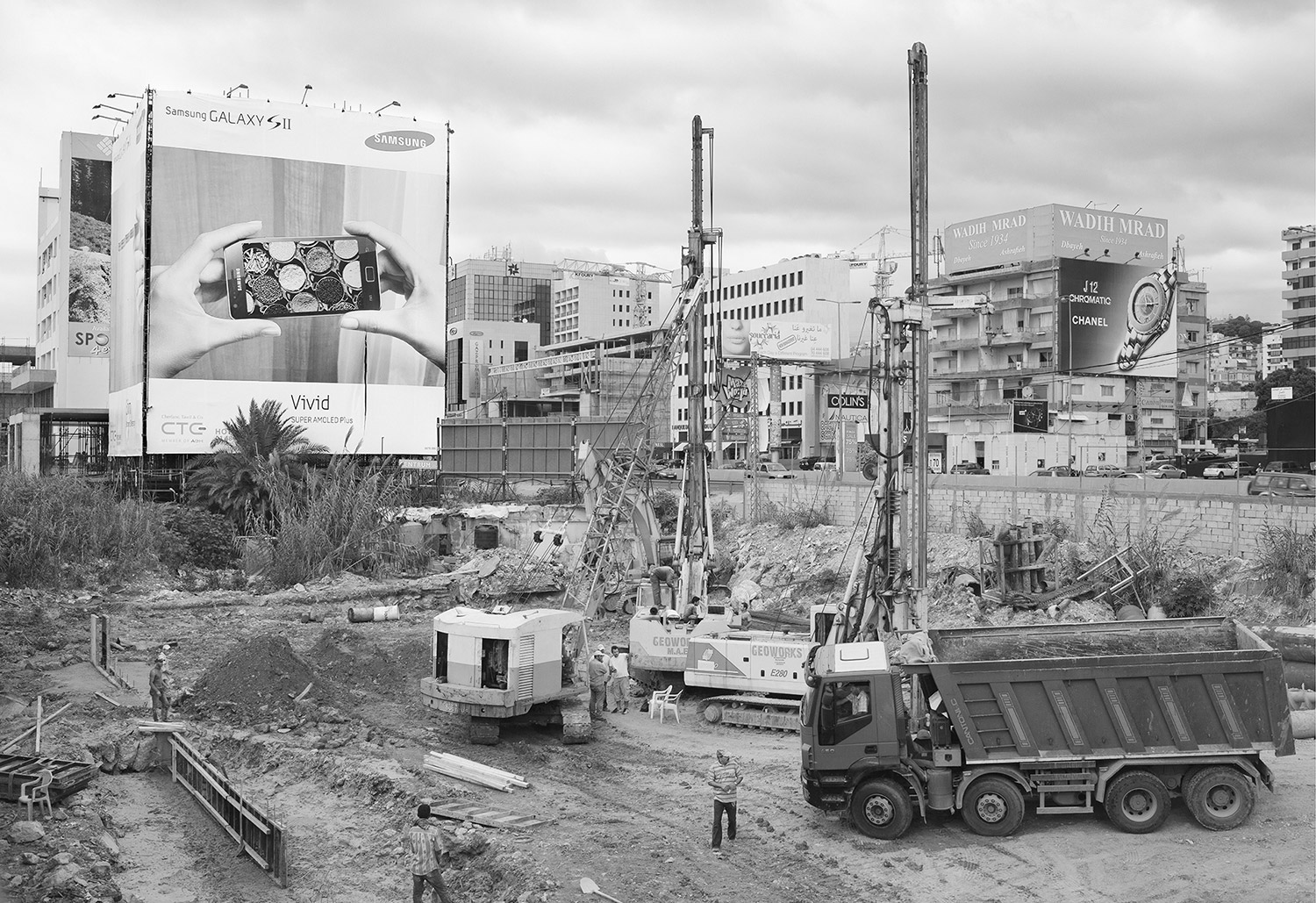