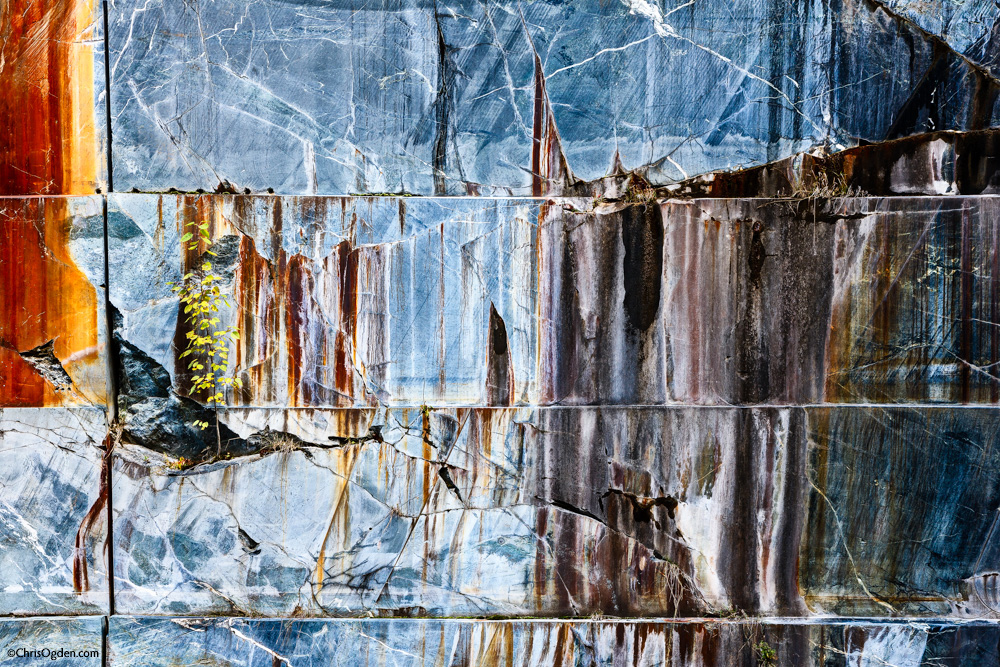 I first came across Chris Ogden‘s stunning capture of stone quarries at Photolucida, and was pleased to have a chance to sit down with Chris at the Click! Photo Festival and dive deeper into his photographs. I also enjoyed learning about Chris’ involvement in the Click! Photo Festival as he was instrumental in bringing Photoville’s, The FENCE to Durham as the longtime Chair of the Public Art Committee.

His project, Stones Echo, is a testament to naturally formed minerals and/or petrified matter that has graced the earth for 500 million years, but his work also plays with scale, reflection, and perception. For the past ten years, Chris has photographically considered these massive wedges of history and discovered an intimacy and a painterly beauty in the slices of stone. Chris will be featuring Stones Echo in a solo museum installation at the Greenville Museum of Art from June 22 – July 29, 2018 and will have a solo exhibition at the Page-Walker Center in 2018 with an installation that merges framed photographs with mining artifacts, natural stone, and projections.

Chris Ogden (b. 1961) is an American artist whose work explores concepts of cyclical change and metamorphoses, particularly in the evolving relationships between elemental and human forces in the tangles between geologic and human concepts of time. He favors capturing moments as matter and energy transition between states, offering glimpses of the elegant interdependence “inside” materials and creations. He uses the photographic medium, primarily utilizing natural light, to capture found environments as proffers of essence, metaphor, and archetype. These are often existent in rock, sand, water, ice, fire, wind, and the hand of man.

Ogden’s work is frequently shown at museums, galleries, and other arts venues in traditional shows and multimedia installations. His work is enthusiastically owned by private and corporate collections alike.

He believes in giving back to community and serves many boards, including as the longstanding chair of the Durham Public Art Committee where he spearheaded bringing Photoville’s FENCE (the largest photography public art project in the world) to Durham in 2017. Born in Mexico City, growing up in Buffalo, excepting a three-year stint in Bermuda, he lives in his adopted home of Durham, North Carolina where he graduated from Duke University. He works globally, particularly in the Ant/arctic and deserts around the world. 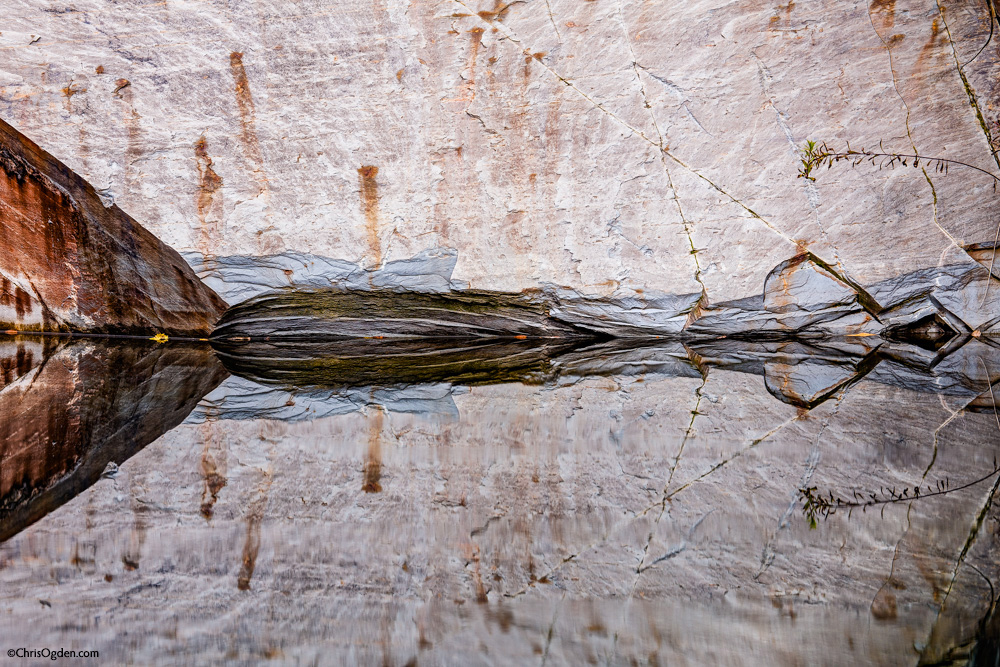 In the days when stone flowed like water, time didn’t mean the same thing as it does to us today. Granite, marble, travertine, sandstone, slate, basalt . . . these are the children of Kronos. When miners reached under the ribs of the Earth to pull out its still-beating heart and make the Pyramids, Chartres Cathedral, the First National Bank, or a Washington, D.C. (before we knew enough to be embarrassed by such things), they opened a window into the Earth’s crust. Behind such a scrim, the oldest gods move as through fog.

Make no mistake: here too is the hand of man. Yet despite signs of old explosions, forged rust, cuts, meltings, tailings, and drill holes, nature remains imperturbable—not serene, but equanimous, even generous. 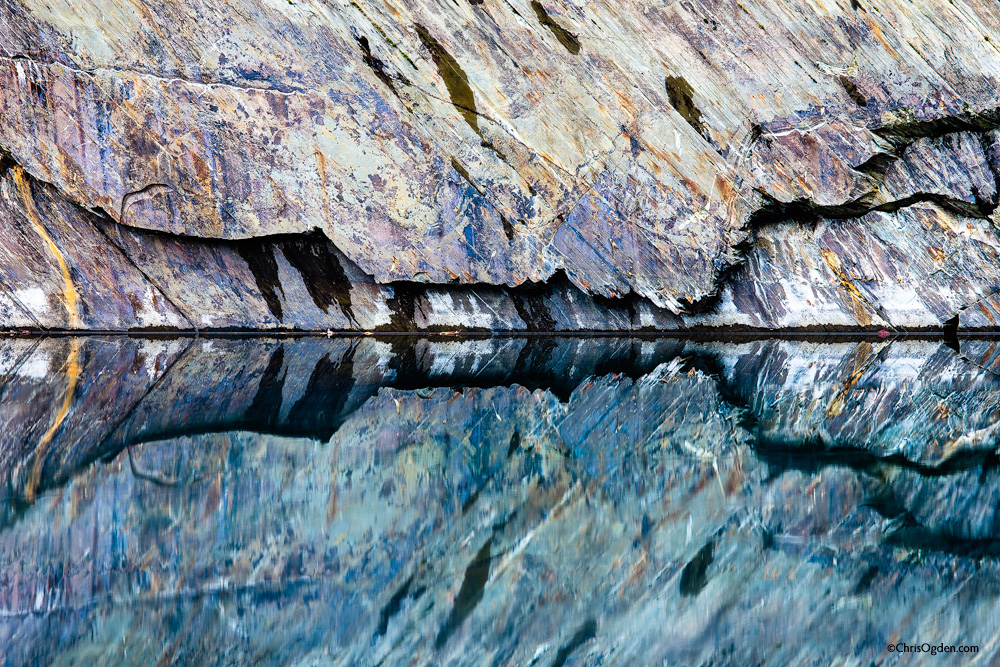 Which is more real, the reflection of rock, or the rock? Such questions grew in me during my adolescence, whether leaping into the swimming hole of an abandoned quarry with the sounds of high school joys and angsts echoing off the walls, trying to name all the colors of the Grand Canyon—where I bought my first piece of petrified wood for thirty-five cents and decades later kayaked below its towering walls mapping histories beyond our comprehension— or craning my head upward from the raging flume’s edge of Franconia Notch to the gorge’s metaphorical and contradictory tableaux.

Earth, I came to realize, doesn’t mind our anthropomorphic voyeurism. In the stone, born before human DNA, we see multiple layers, histories, titillations, the sensuality of the half-understood. We see frozen violence—something taboo, as if we had walked in on a patient. As a photographer, I feel the awe of the surgeon. 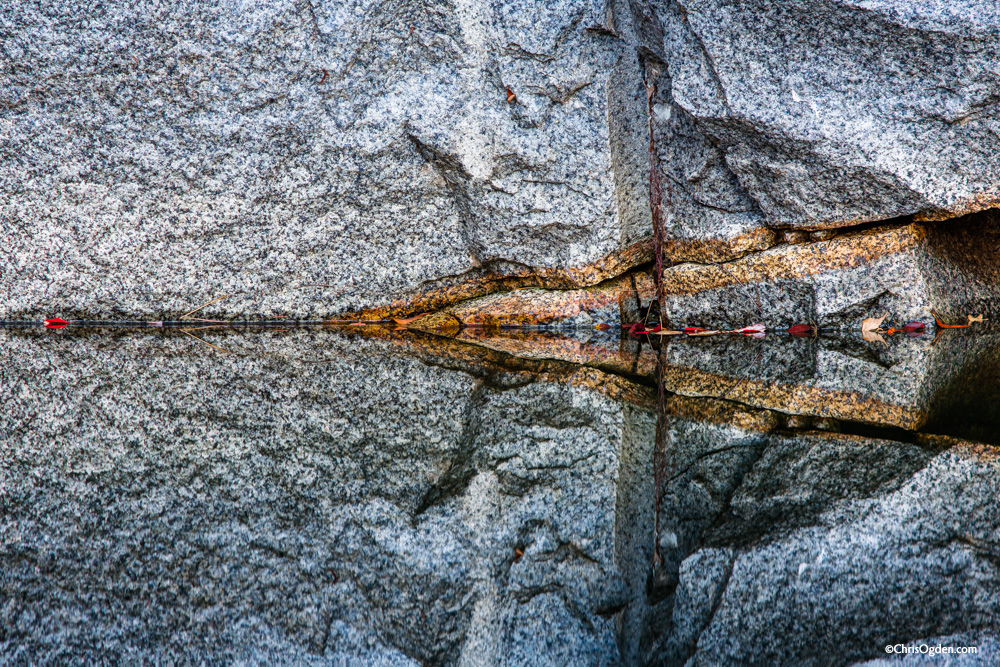 As native Americans thanked their prey for giving themselves in the hunt, so we must turn here to a generous landscape to say, “We honor you, we thank you.” I hope you’ll find these photos both evocative and provocative. I invite you to view each as a stepping stone backward and forward into time, expanding outward across the universe and inward into our existential component parts, both tangible and not. In another billion years, what will this planet look like. 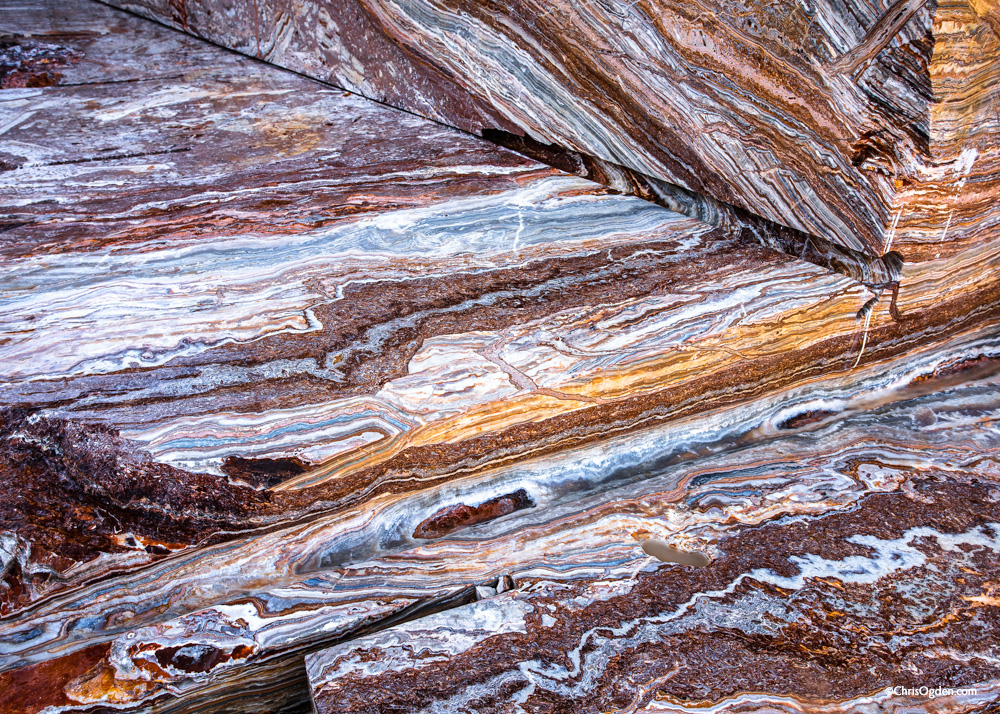 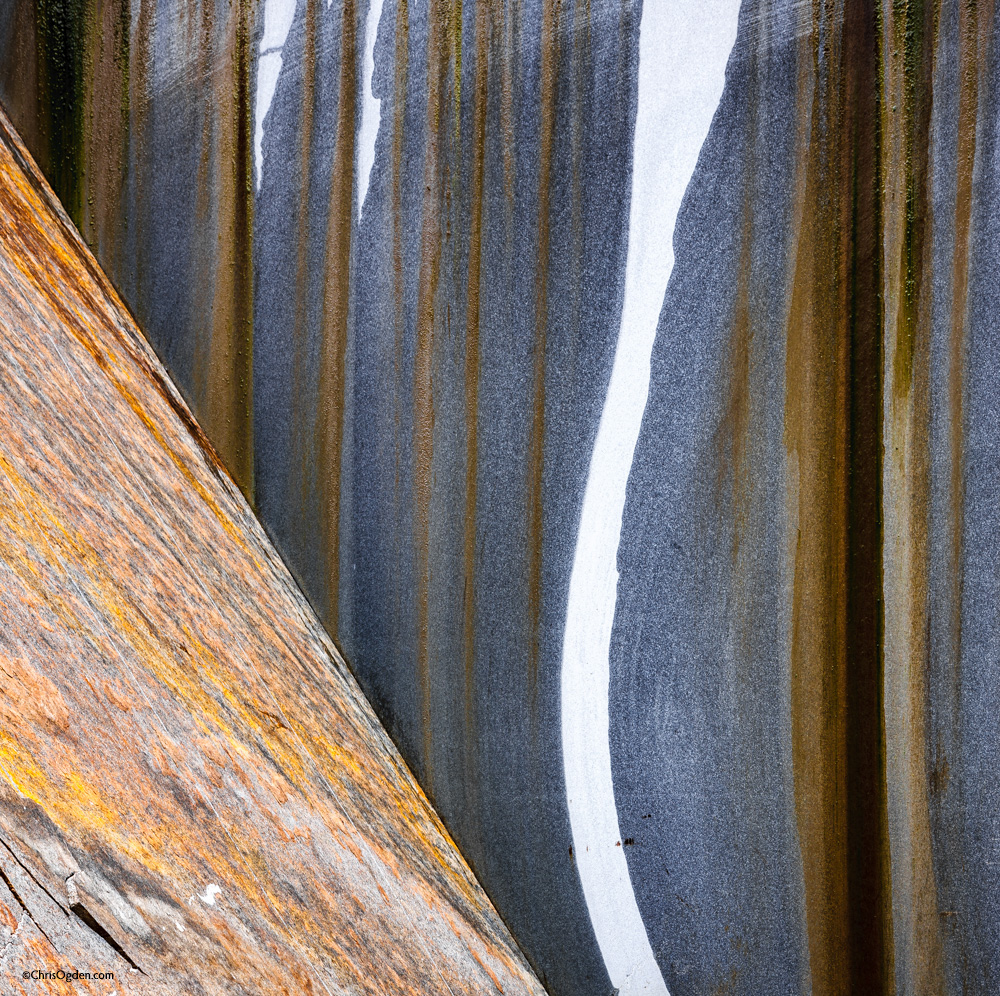 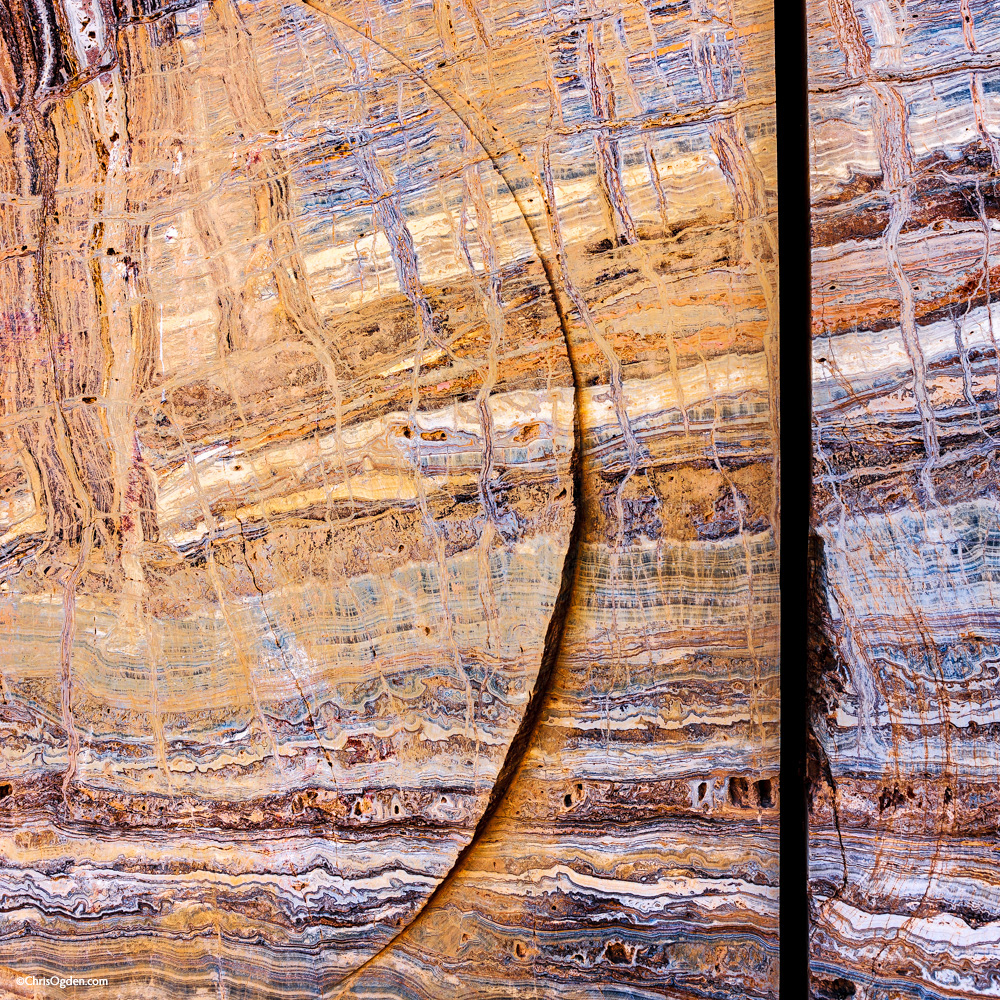 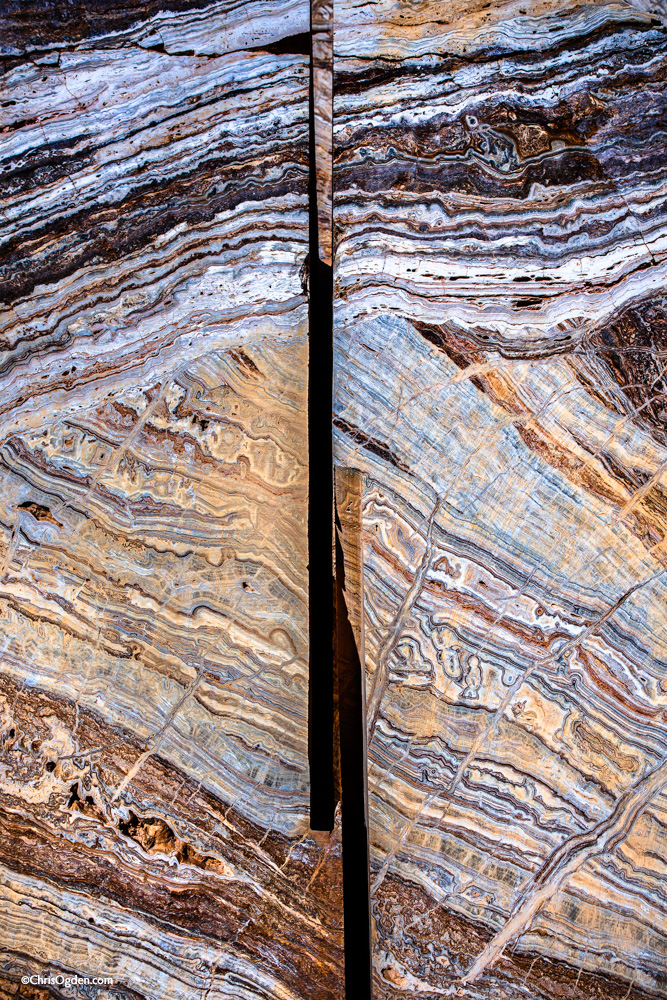 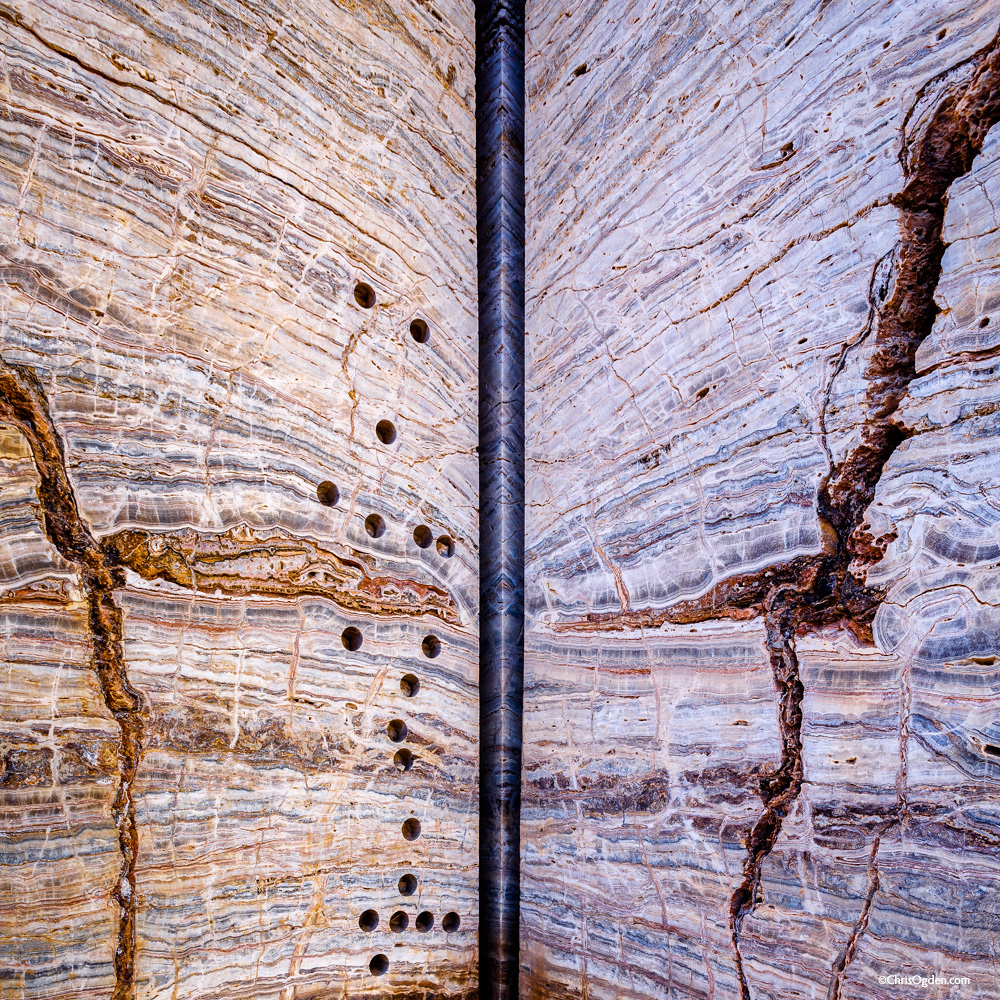 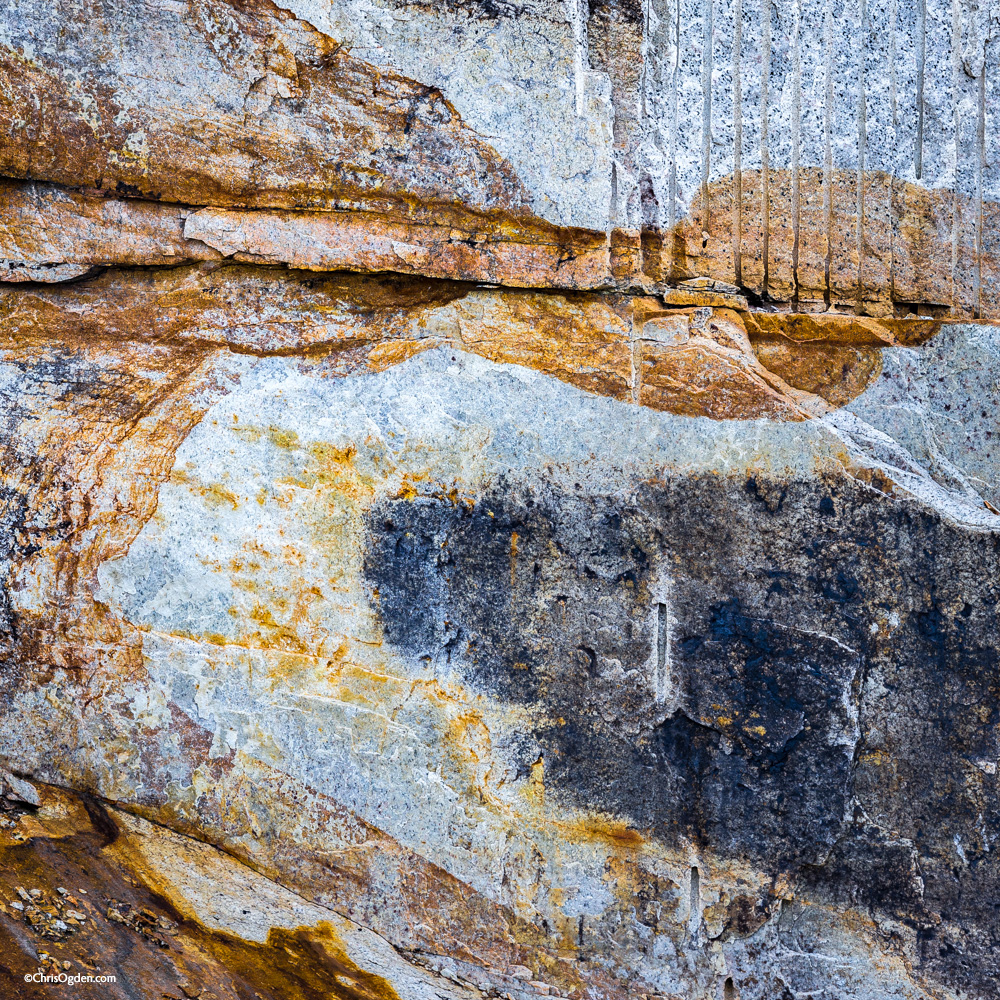 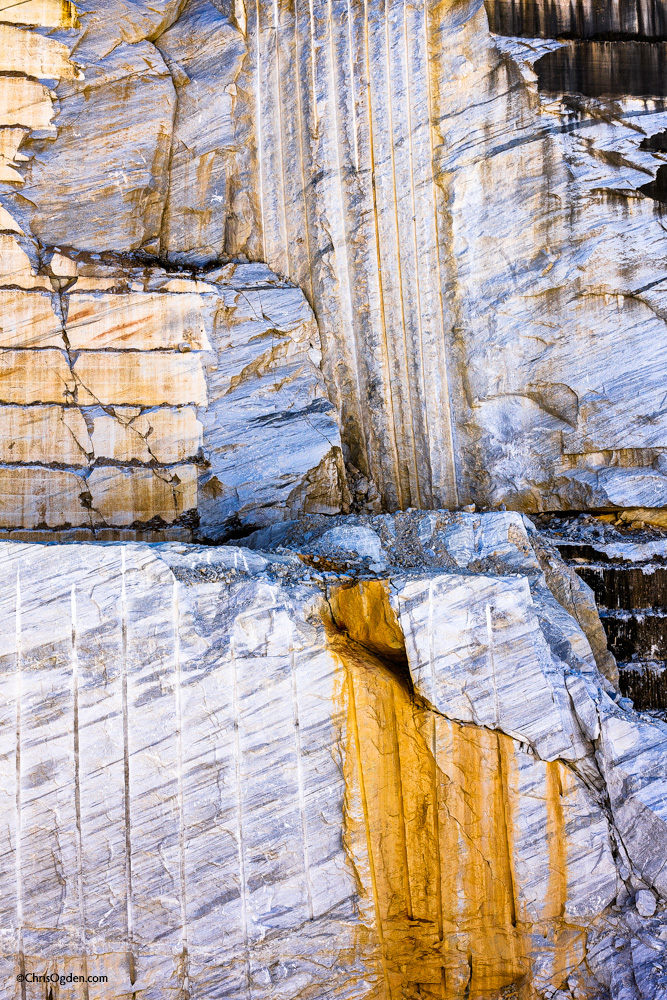 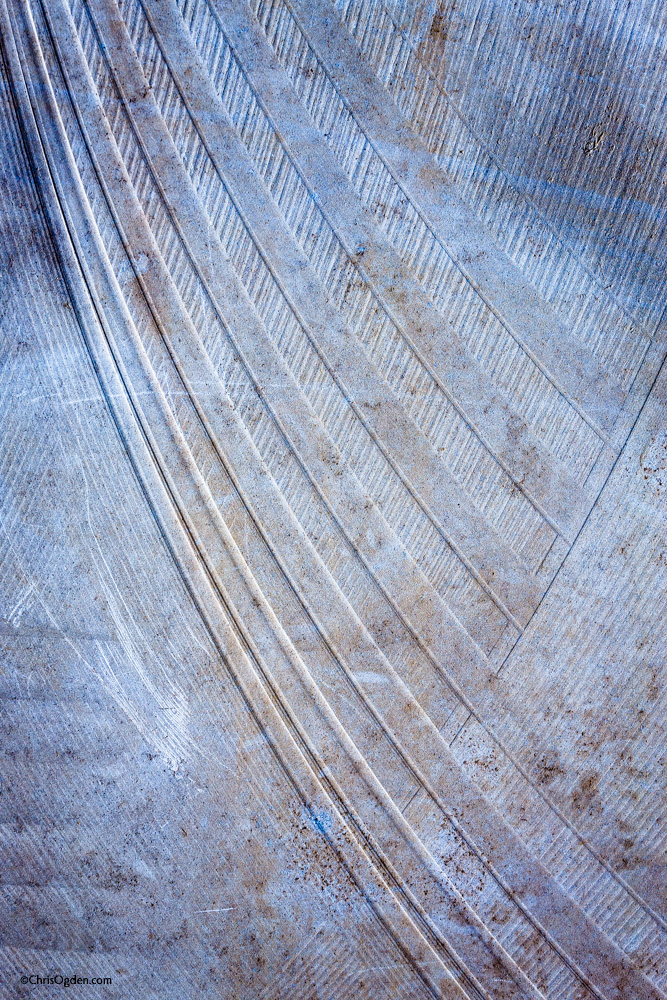 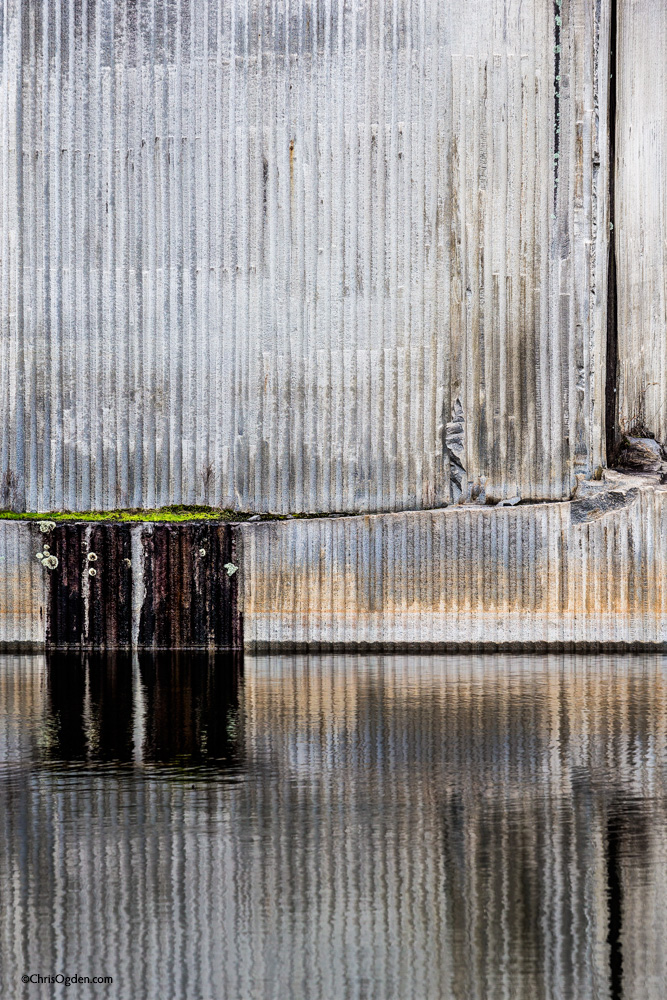 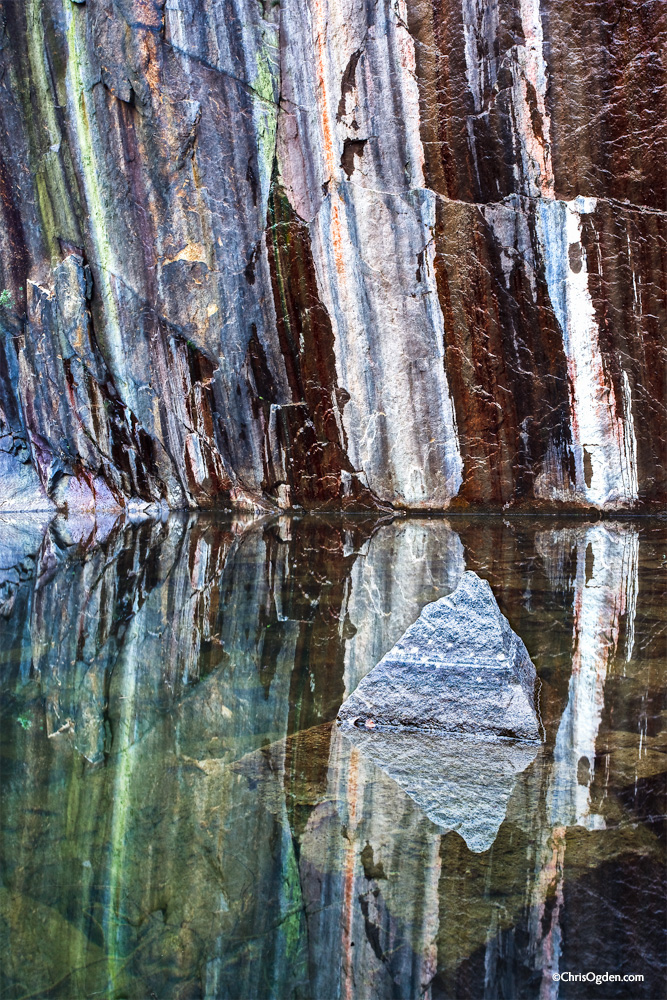 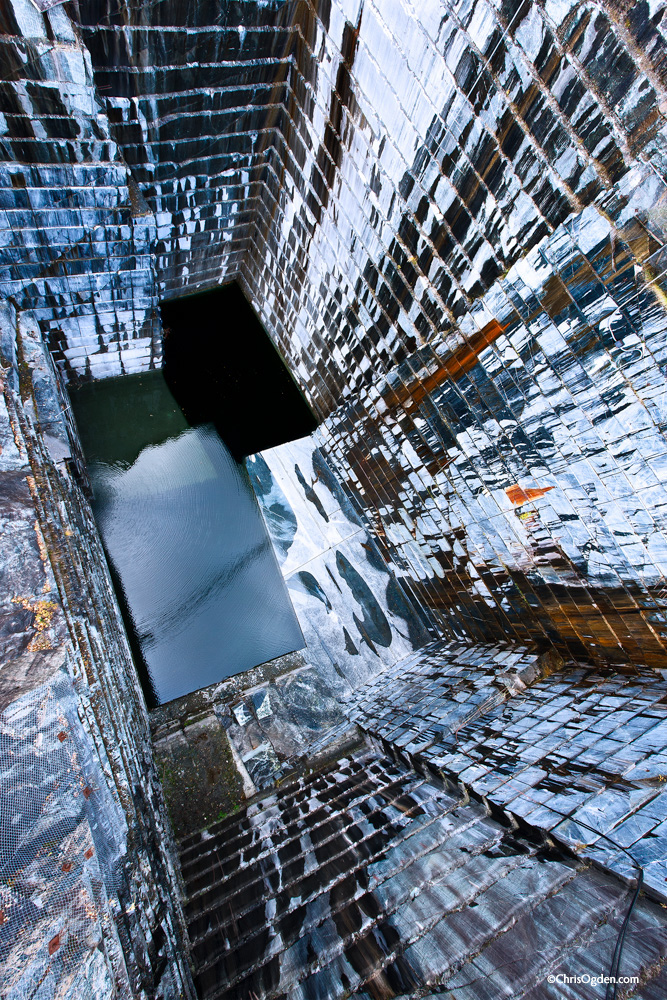