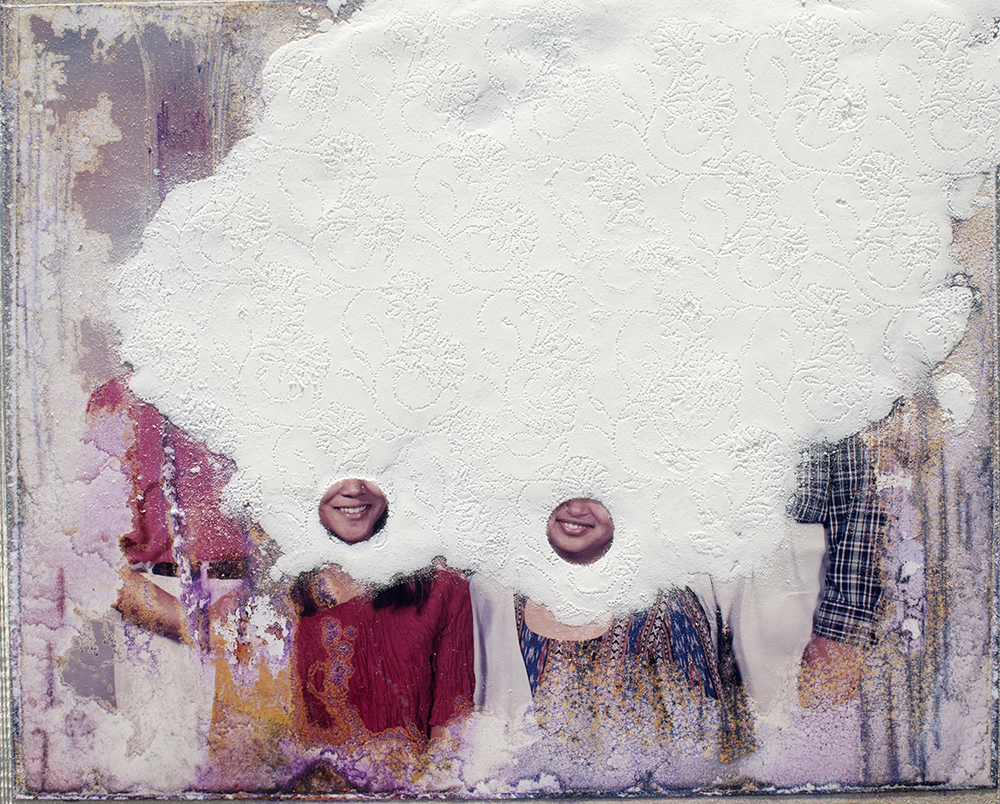 Most immigrants exist in two worlds, the world of memories and visual connections of their growing up and the new realities of living in a culture where all is not familiar. This search for what is home, for the roots of that connect them to the most primal self is where photographic artist Priya Kambli creates her spectacular work. Her newest project, Buttons for Eyes, is another chapter in the exploration of her past and present, beautifully marrying her family photographs and genealogical past and with gestures of cultural expression, decorated surfaces, and rainbow filled light. The results are powerful collages of memory.

Priya’s work will be showcased at the Classic Photographs Los Angeles Exhibition at Bergamot Station in Santa Monica, California at the Wallspace Creative Booth from February 2-4, 2018.

Priya Kambli was born in India. She moved to the United States at age 18 carrying her entire life in one suitcase. She began her artistic career in the States and her work has always been informed by this experience as a migrant. 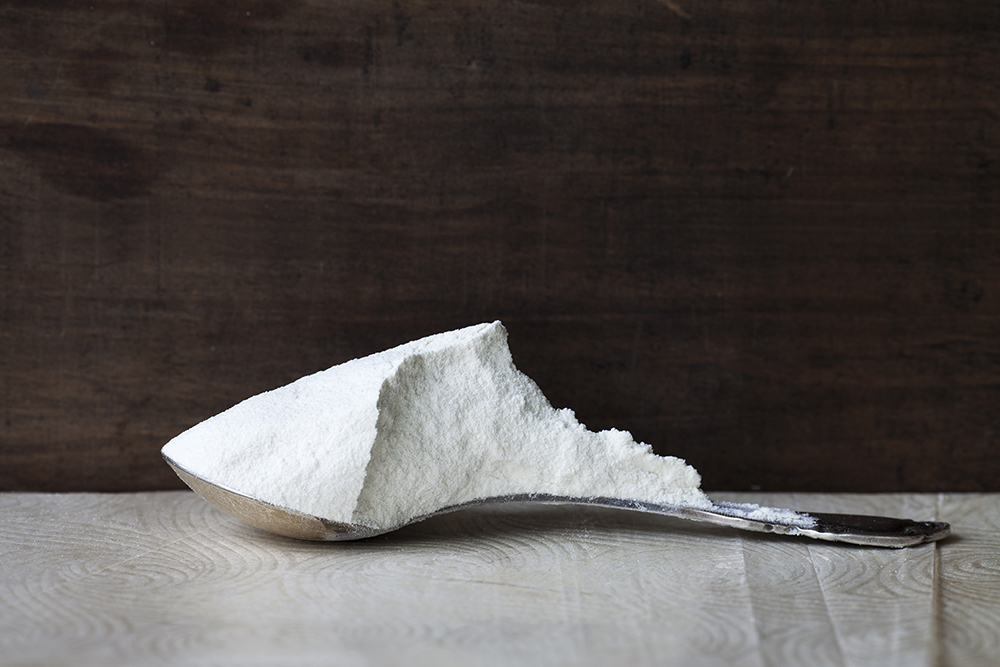 I work in the chaos of my house. My husband who is also an artist is supportive of my creative practice. I have two children, one 12 year old boy and a super gregarious 6 year old daughter; I am constantly being interrupted. Recently my 6 year old daughter asked me if she could have flour (one of the materials I use to embed patterns in my work) so that she could play with it like I do.

I am dedicated to my creative practices, raising my children, my husband and my academic position at Truman State University, Kirksville, MO. As many artists will agree this is a precarious balance to juggle and nourish equally. I have come to a realization that I am a poor juggler when it comes to juggling my various roles (artist, parent, spouse and academic). As, I am extremely focused and therefore tend to cater to one a role at a time. Which means something always suffers.

Finally, I live in a small college town in rural Missouri. This means I am largely cut off from communities interested in speaking about minority issues. My creative work has been informed by my own migration and thus has always grappled with the challenges of cross-cultural understanding; creatively interpreting and publicly resolving such ideas is an innate part of my professional work. – Priya Kambli 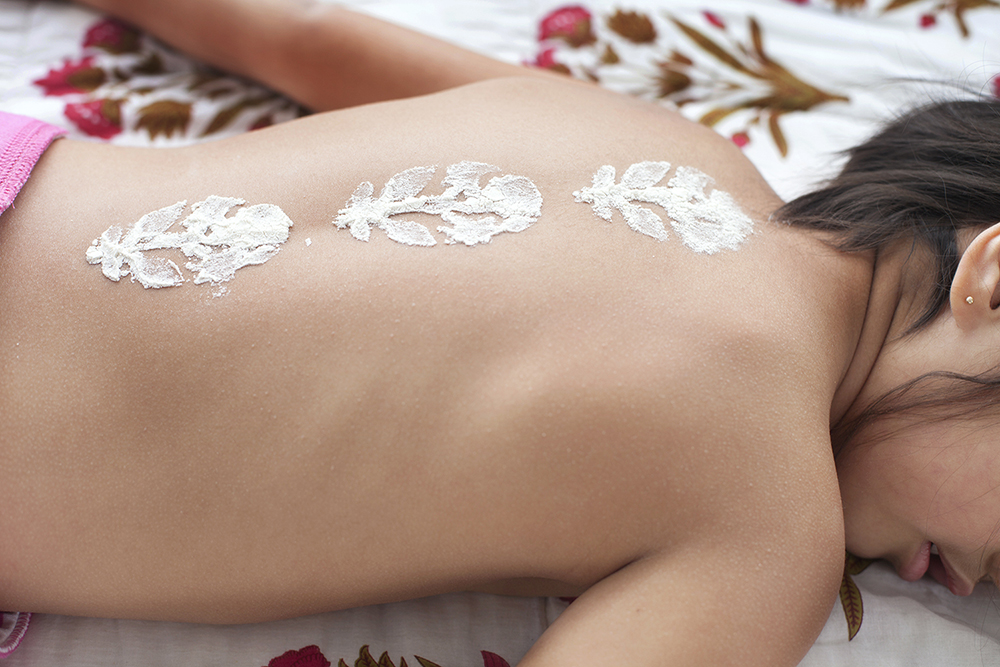 “Buttons for Eyes” explores issues of loss, memory and my cultural hybrid identity by physically manipulating my old family photographs and then re-photographing those altered artifacts. In this series however the rules appear to be bending. Natural light, always a key ingredient in my work, becomes another material to manipulate; spilt into sparks, smeared into rainbows or shimmering back from the depths of powdered pigments, the light’s new-found mercurial nature is a clue to the rest. It tells us that though this work mythologizes the past and present it also plays game with them. It winks, pokes and inverts- suggesting joyousness, mixed with the loss and regret that accompanies us all. – Priya Kambli 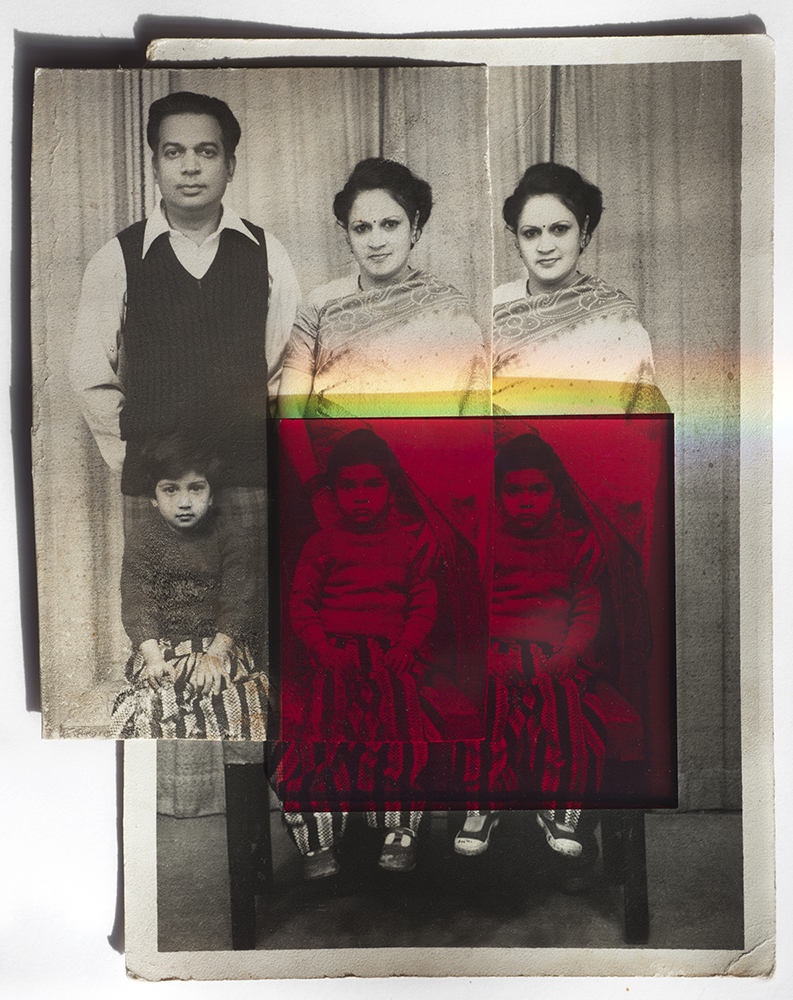 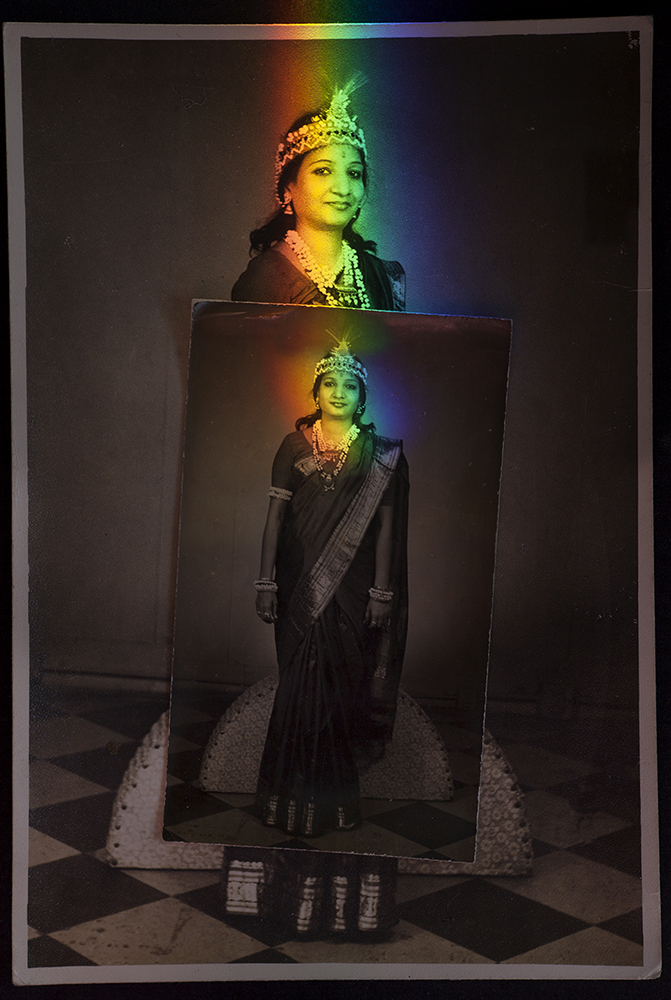 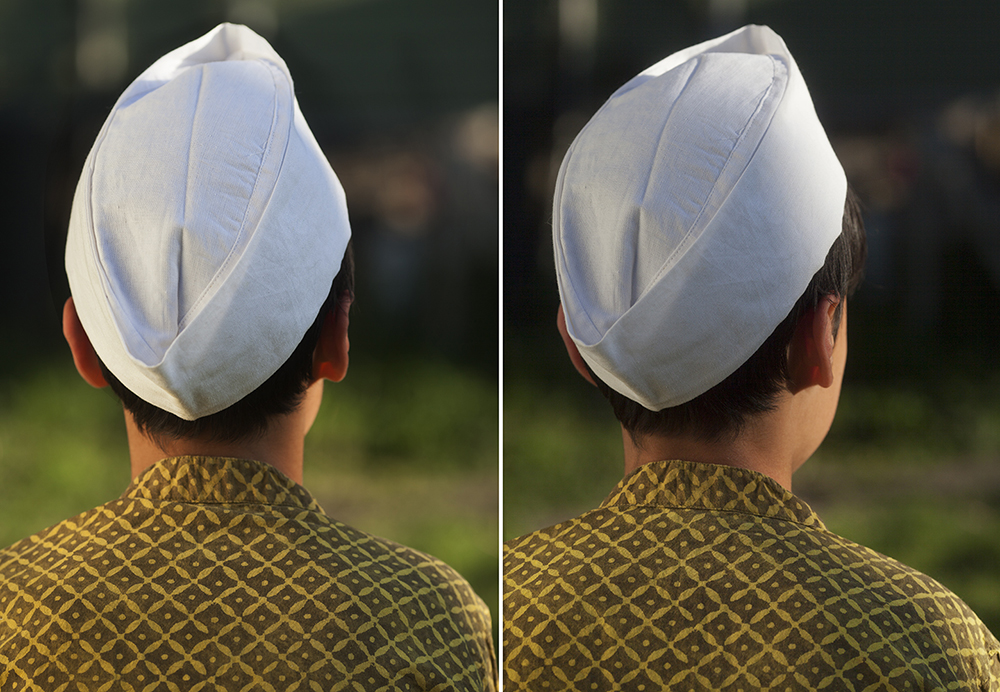 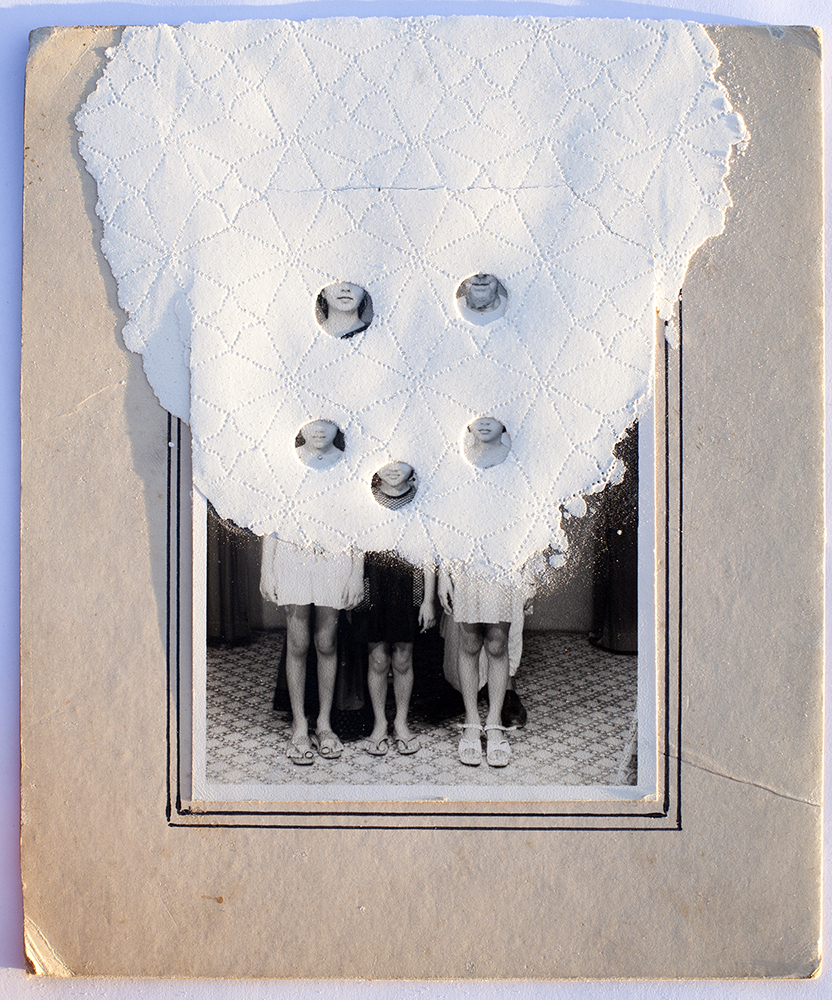 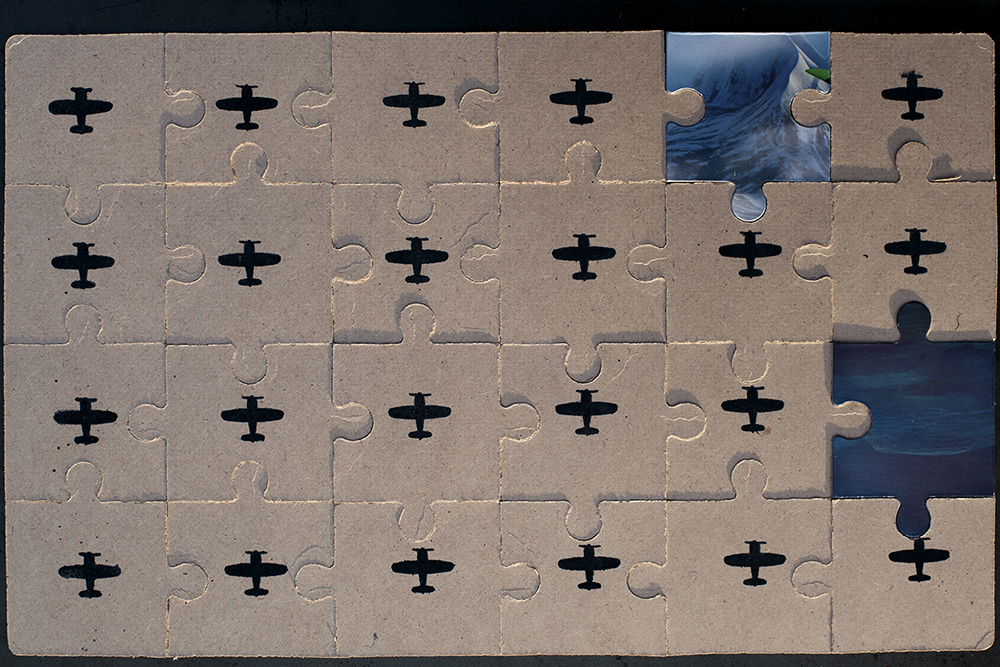 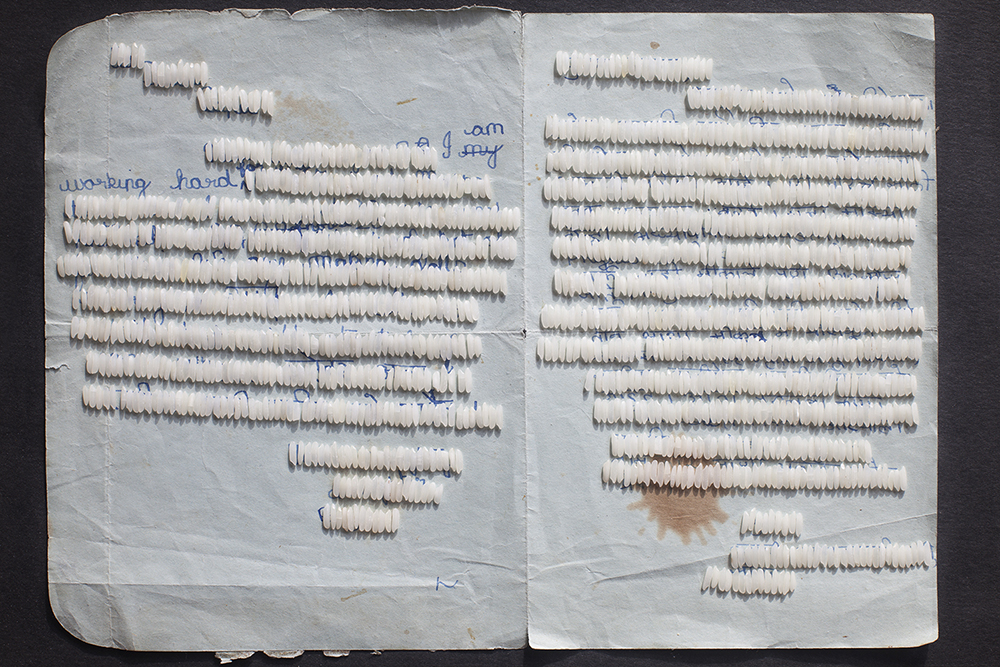 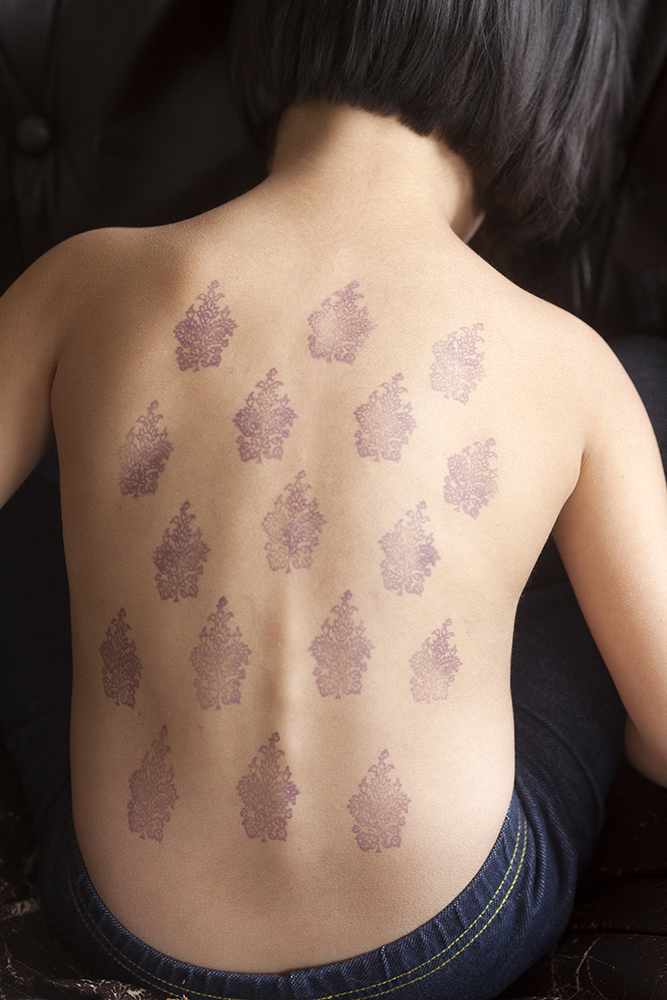 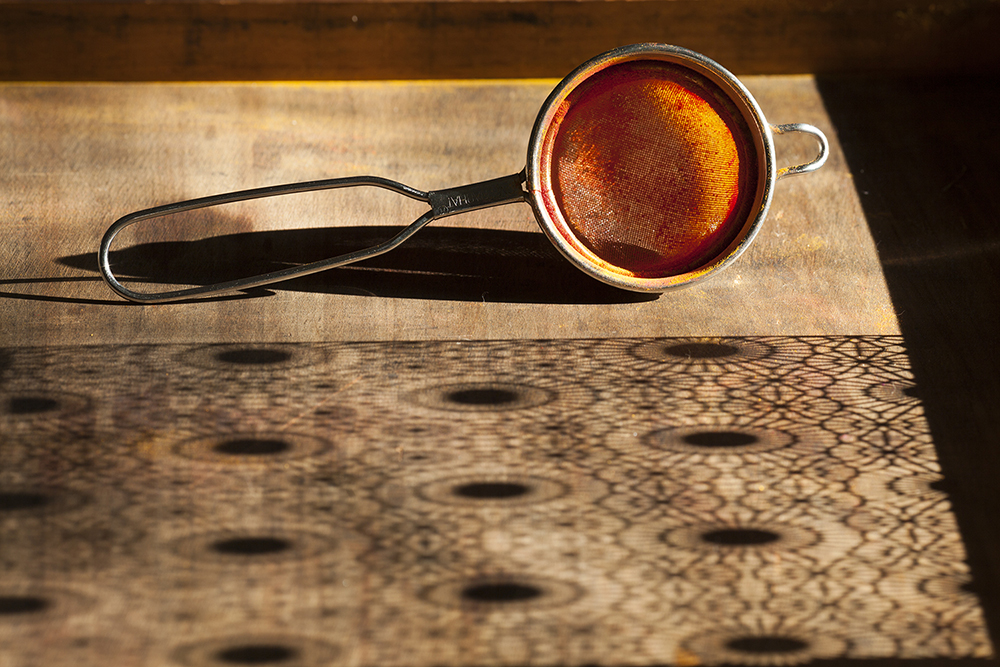 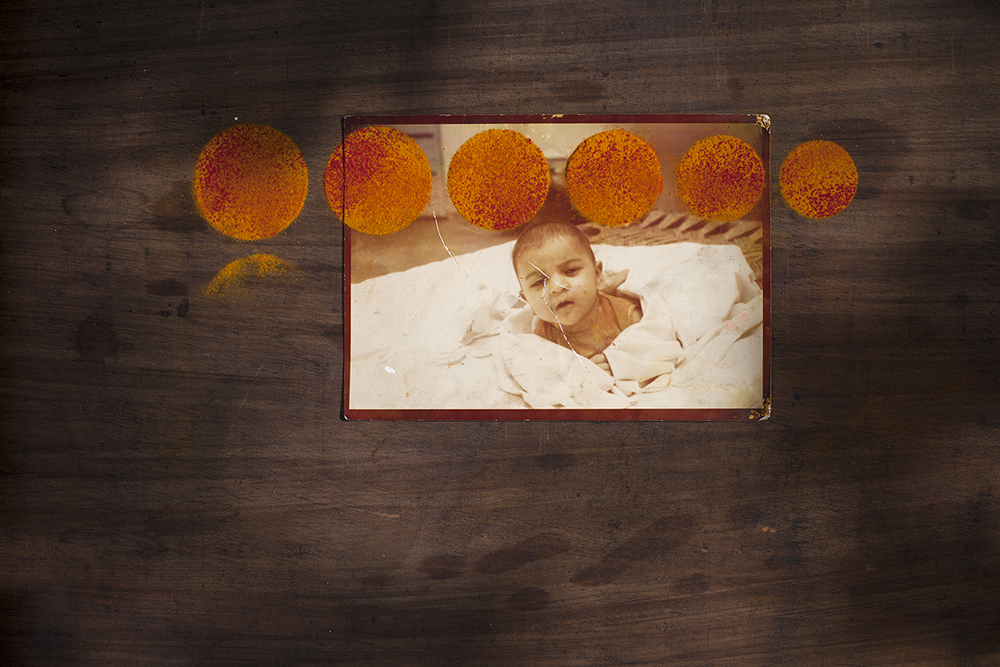 NEXT | Evan Blaise Walsh: The Space Between Us >
< Steven Bollman: Almost True | PREV