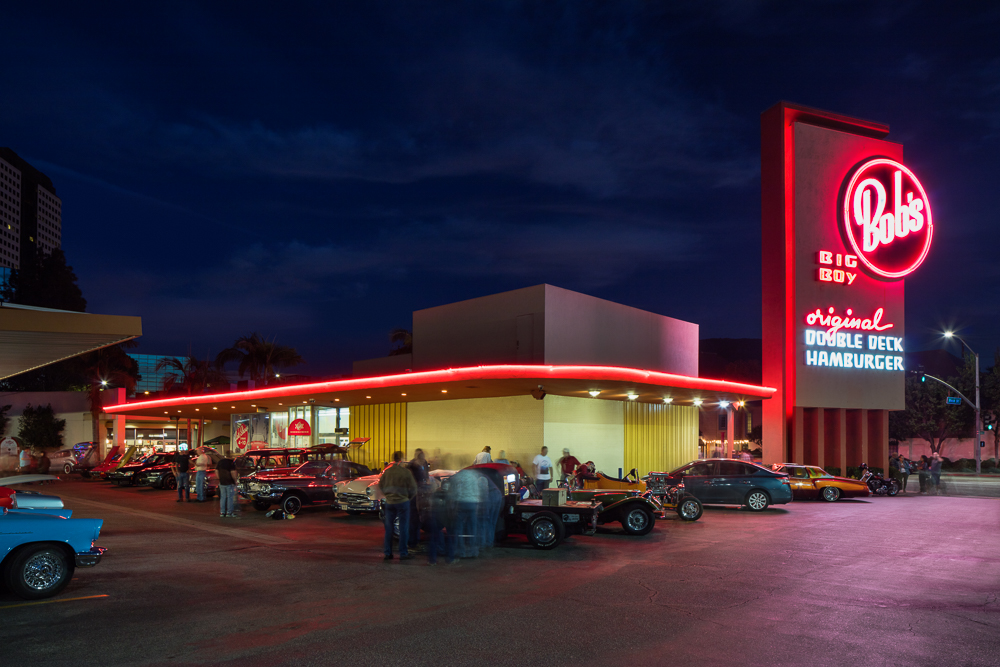 It was hard not to fall in love with Ashok Sinha‘s photographs at Fotofest’s The International Meeting Place Reviews. He has captured the architecture of my youth, in fact, I grew up eating at the Bob’s Big Boy featured above. His work takes me back to that drive-in, to the streets and signs seen from the back seat of the family station wagon as we drove home in the along the cool dark streets. Los Angeles has always been a city of dreams and this mid-century celebration of fantastical and sometimes humorous architecture reminds us of better days, when imagination reigns supreme.

Capturing a distinct sense of place is a recurring theme throughout Ashok Sinha‘s work which focuses on the built environment. Sinha also passionately looks at world cultures through a fine arts lens depicting both the beauty of the natural world and uncovering intriguing human-interest stories. His photographs have been exhibited at The Museum of the City of New York, the International Center of Photography, and The Royal Photographic Society. Additionally, his work has been acquired by private collectors and institutions worldwide.

Sinha’s commissioned work focuses on depicting the architectural and design elegance of commercial, residential and educational institutions and has been published by The New York Times, Architectural Digest, and Interior Design Magazine.

Ashok also founded Cartwheel Initiative, a nonprofit that works with immigrant youth from conflict and disaster-affected communities. Through photography and multimedia platforms, Cartwheel Initiative empowers these young people to tell their stories. 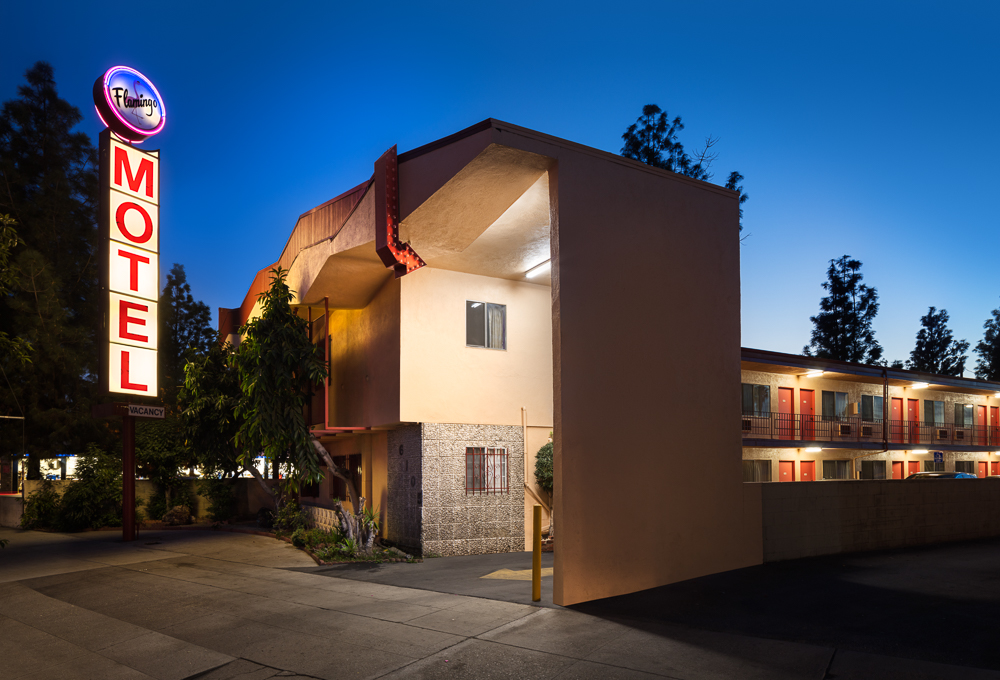 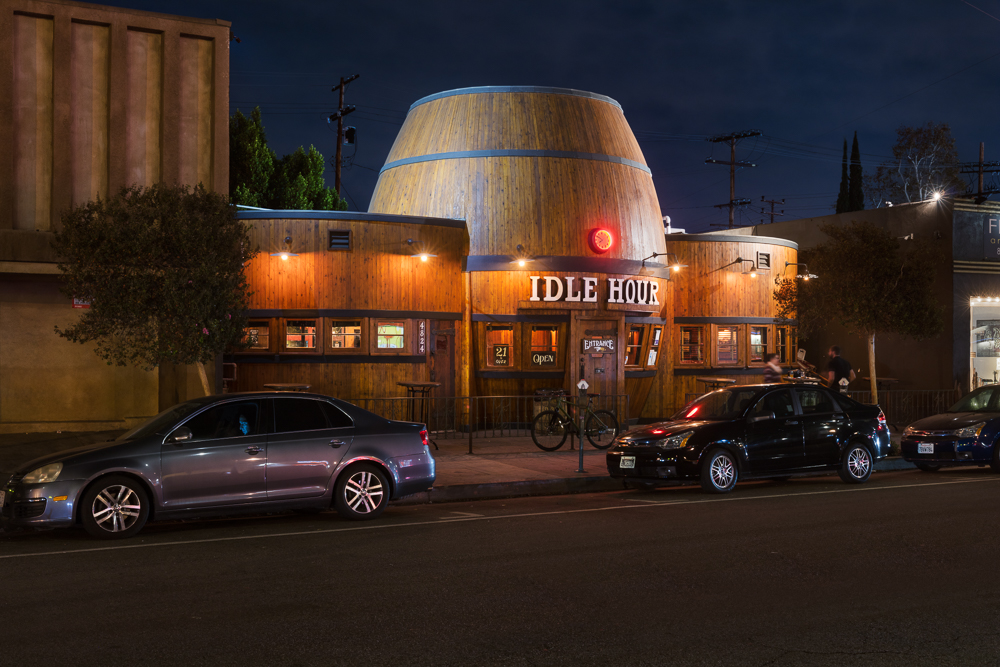 Los Angeles is undoubtedly America’s most car-centric city. Automobiles arrived there near the turn of the twentieth century, burgeoned during the 1920s and surged by midcentury. The postwar baby boom drove dramatic population growth, generating newly-built freeways and proliferating real estate. From “the Valley” to the harbor and Hollywood in between, everyone took to the road.

This optimistic “car culture” produced a new kind of celebratory roadside vernacular architecture, that was synonymous with mid-century optimism and ambition. Surfacing in the late 1940s and lasting until the mid-1960s a clear culture shift with a host of polychromatic, star-spangled coffee shops, gas stations, car washes, and other attractions lured the gaze of passing motorists. These buildings were like advertising billboards, as well as symbols of consumerism that sent a universal messaging to the drivers and beckoned them to come inside. They also often played a role within the social fabric of the communities that they were
part of, and sometimes injected a hint of humor in the nature of the vernacular architecture itself. While some of these iconic buildings have since been lost, many have somehow endured the test of time and redevelopment, standing as sculptural icons of an era that shaped LA into one vast drive-through experience. 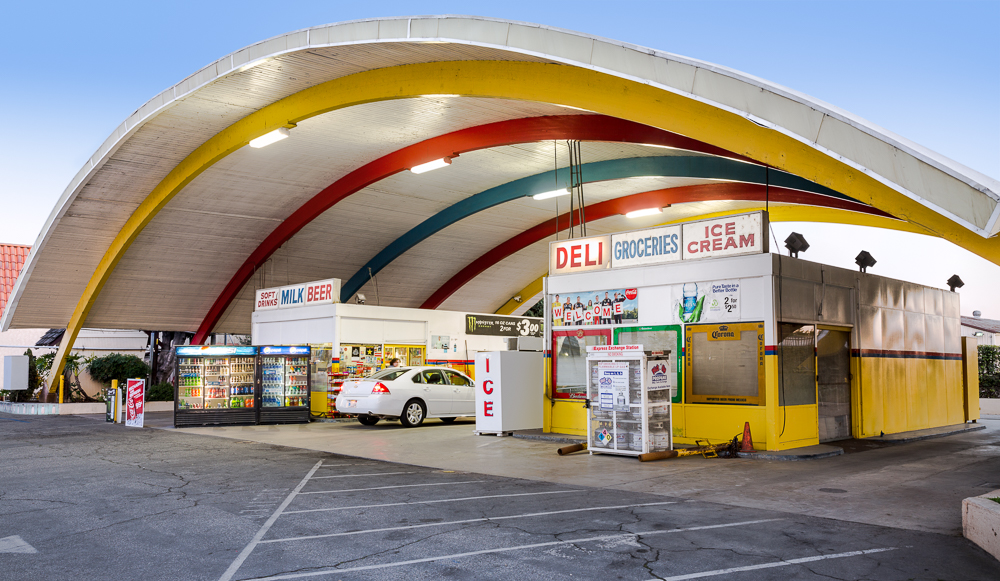 The sites I have photographed have also provoked me to wonder if we are the last generation of “true” motorists. As driverless cars become more prevalent in American cities,these architectural styles also prompt us to consider…What architectural message will be received by self-driving cars? And if this experience is not on the visual spectrum, how will we know when we have arrived? 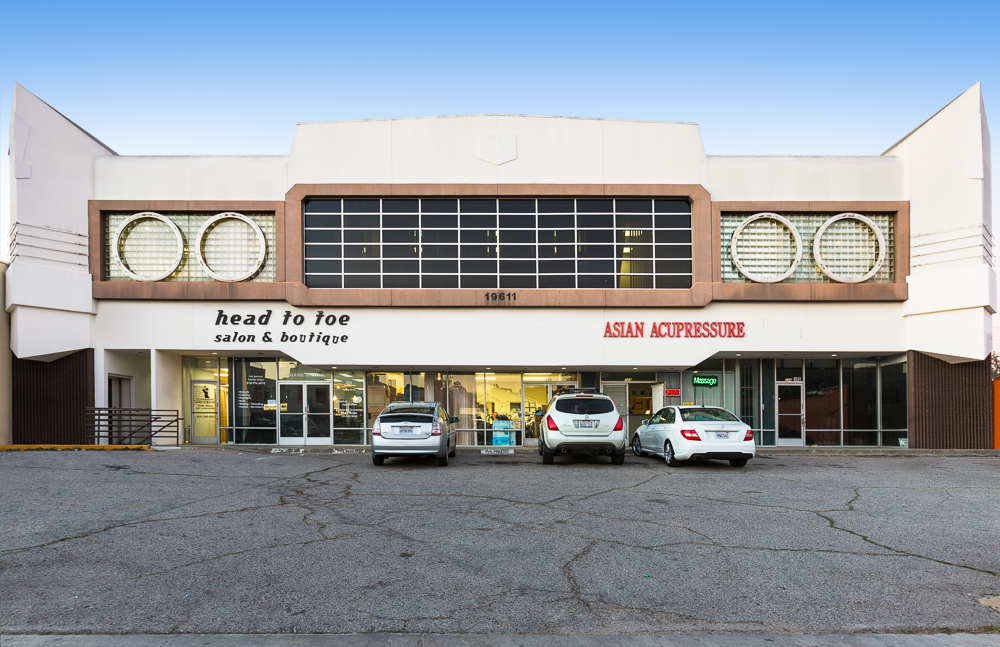 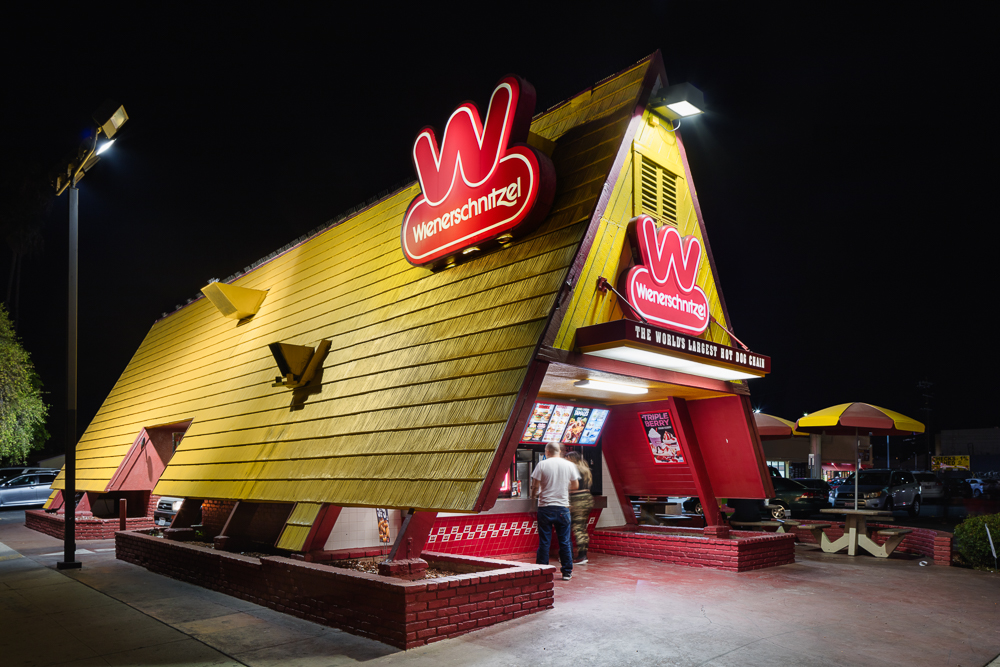 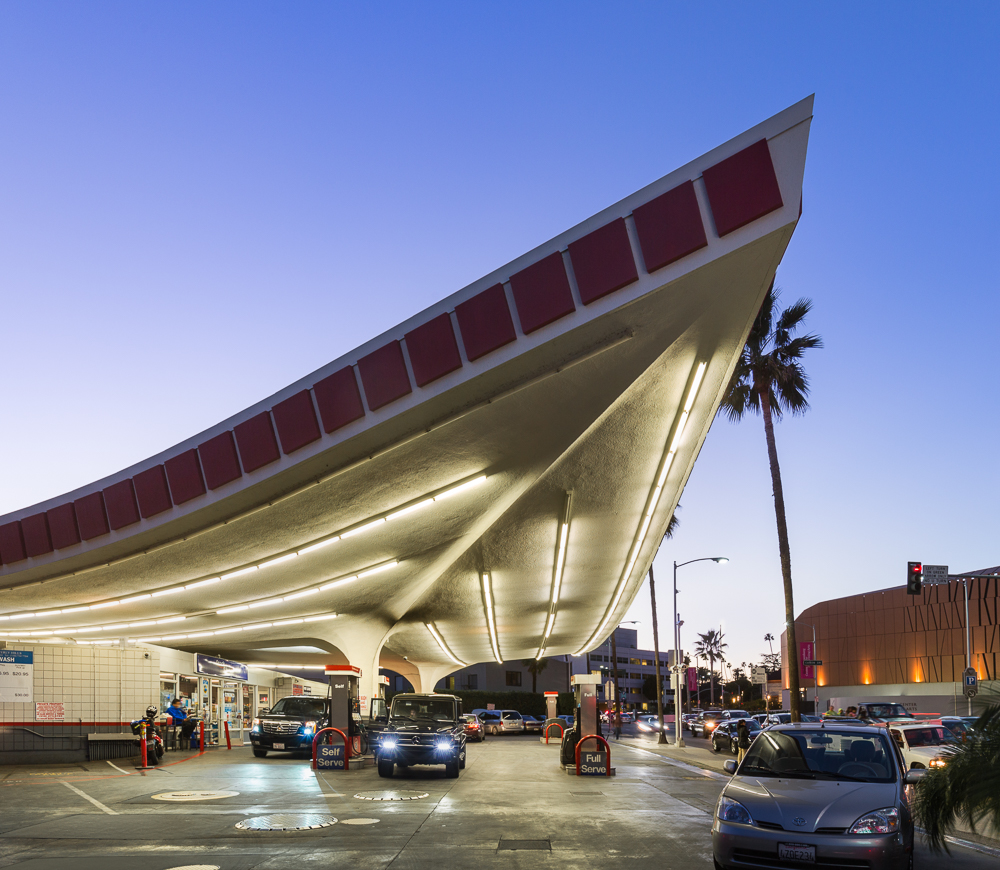 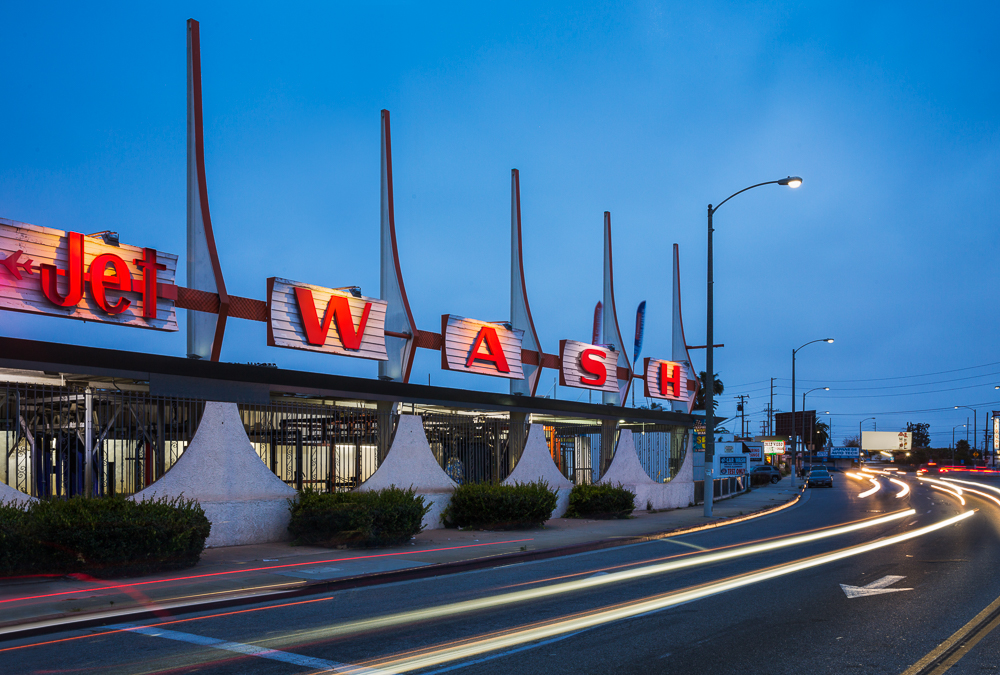 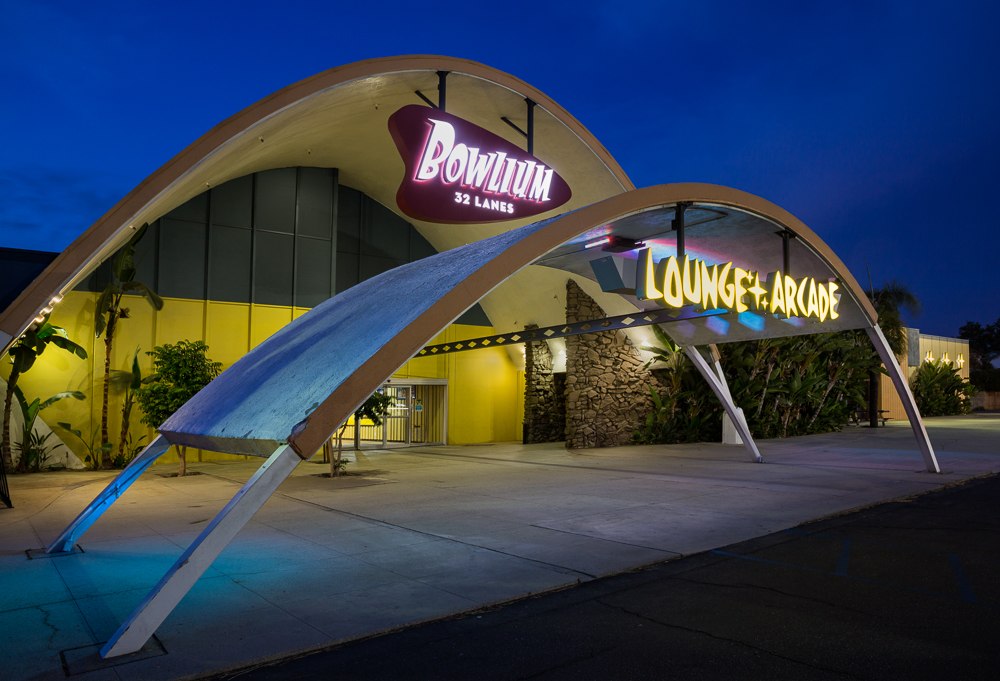 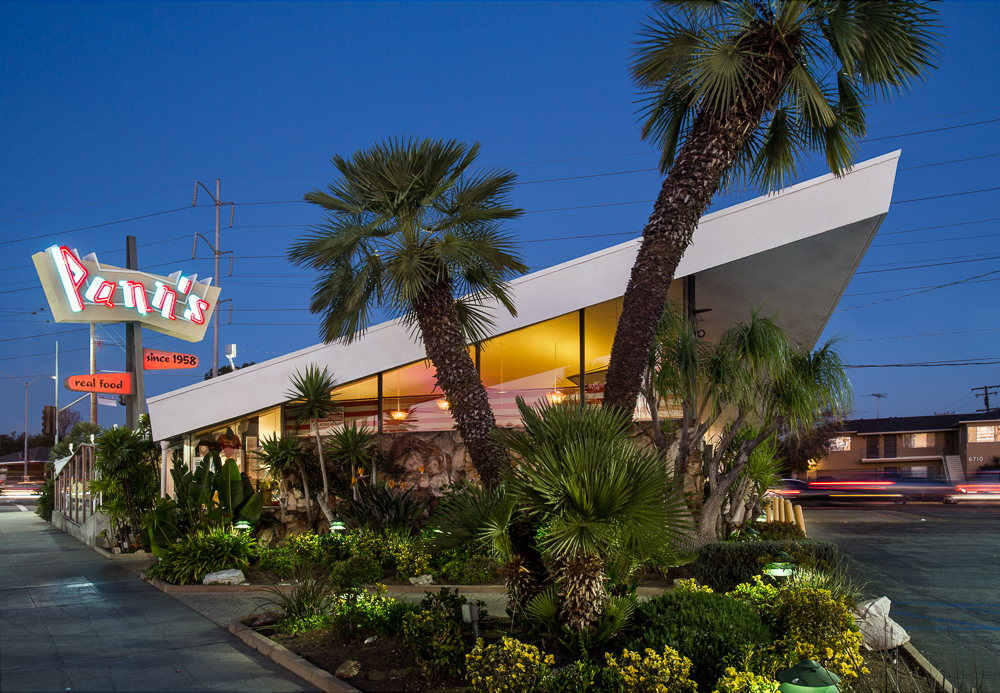 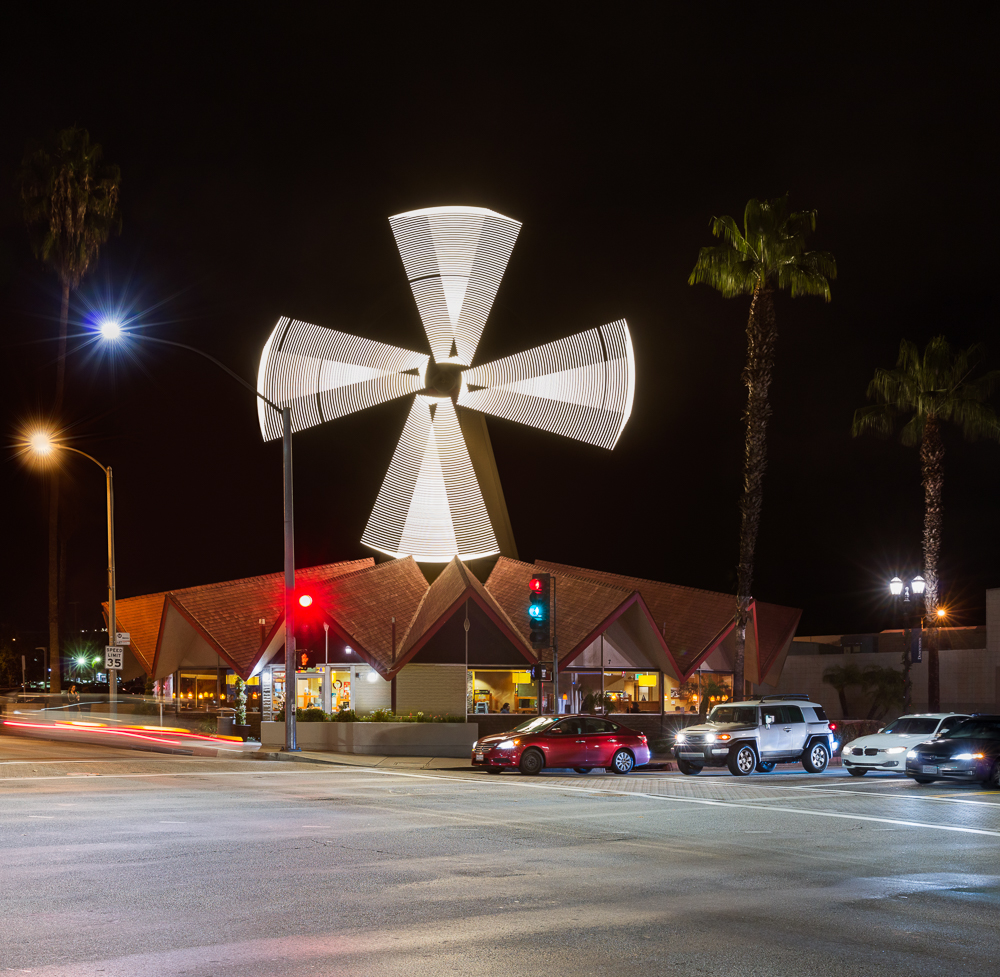 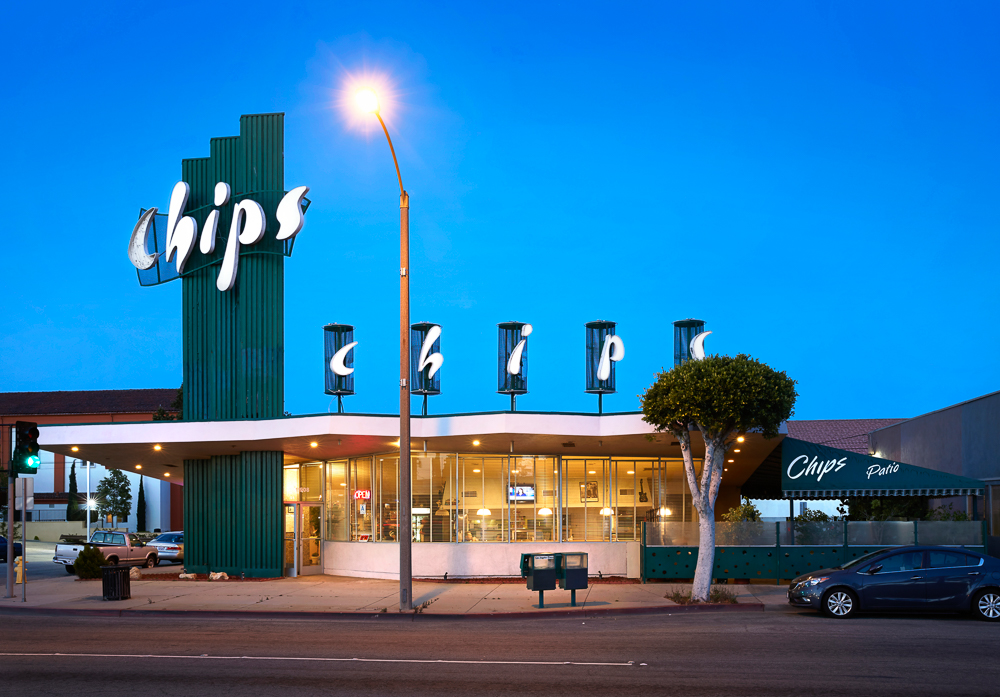 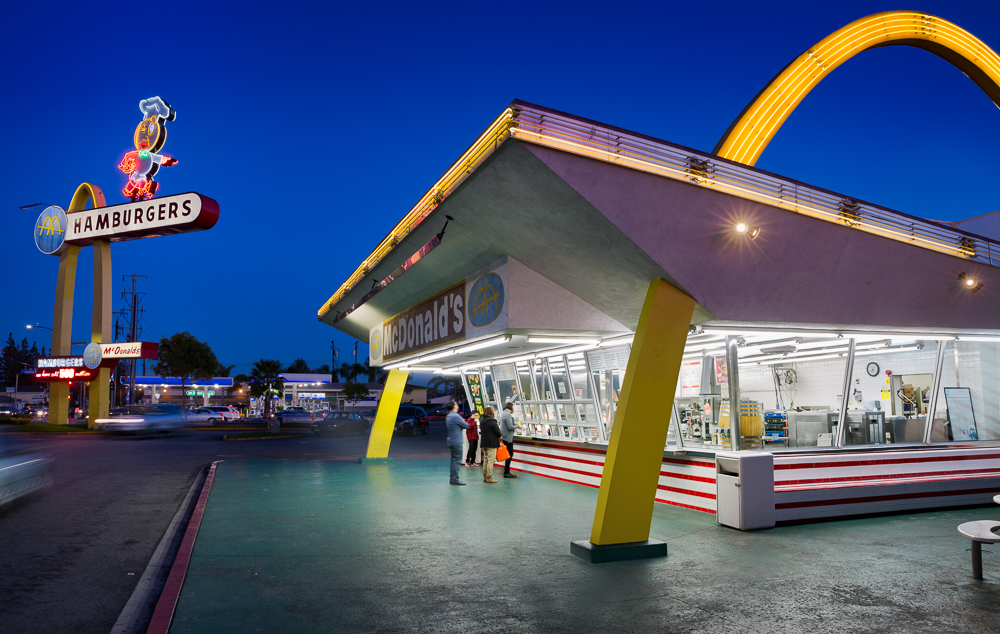 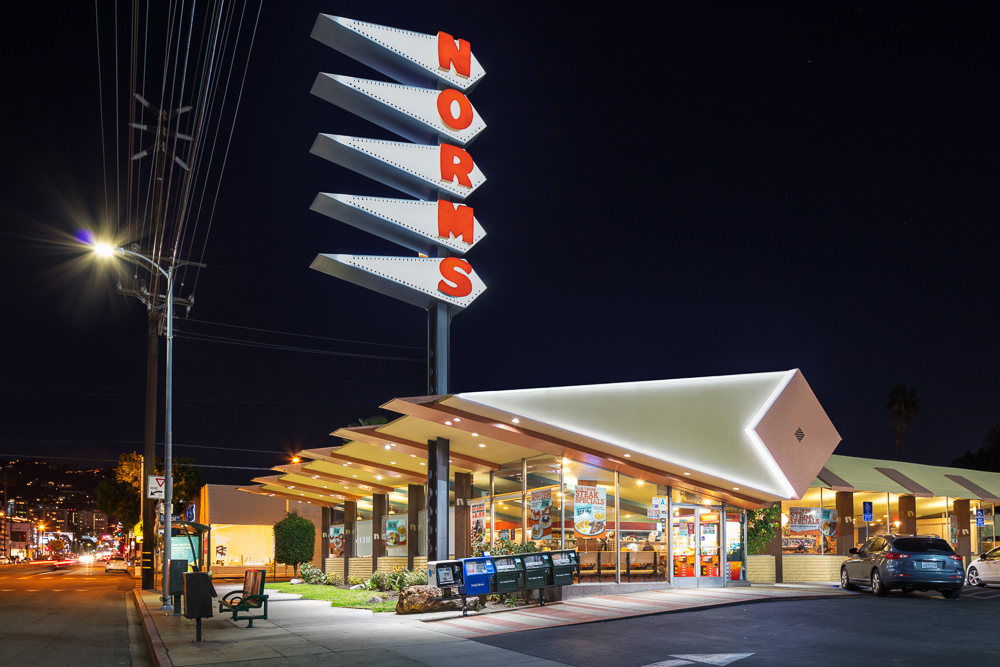 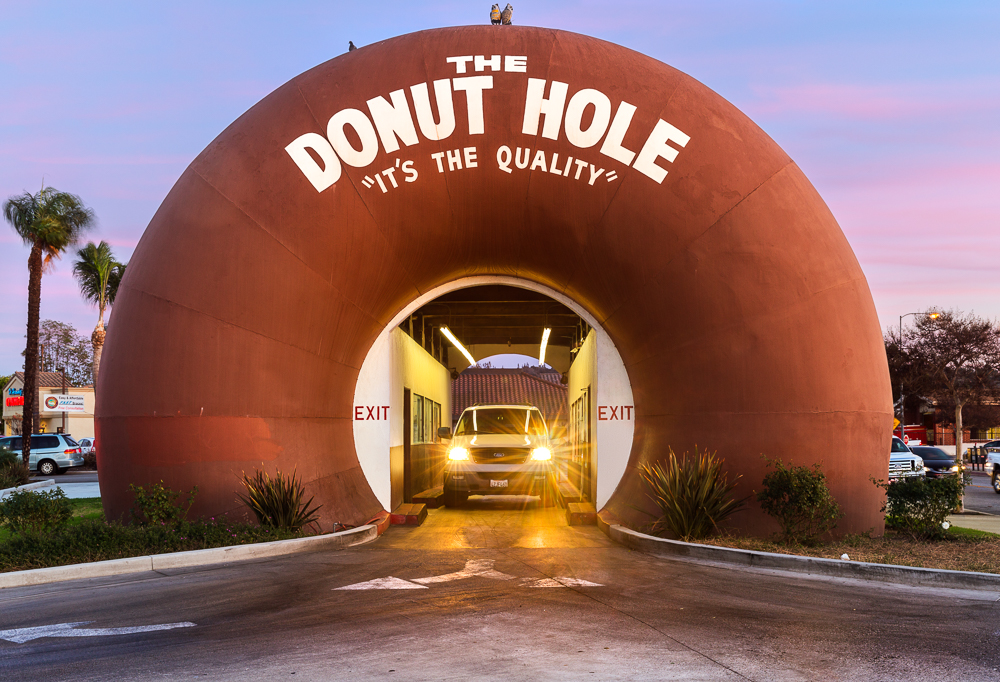