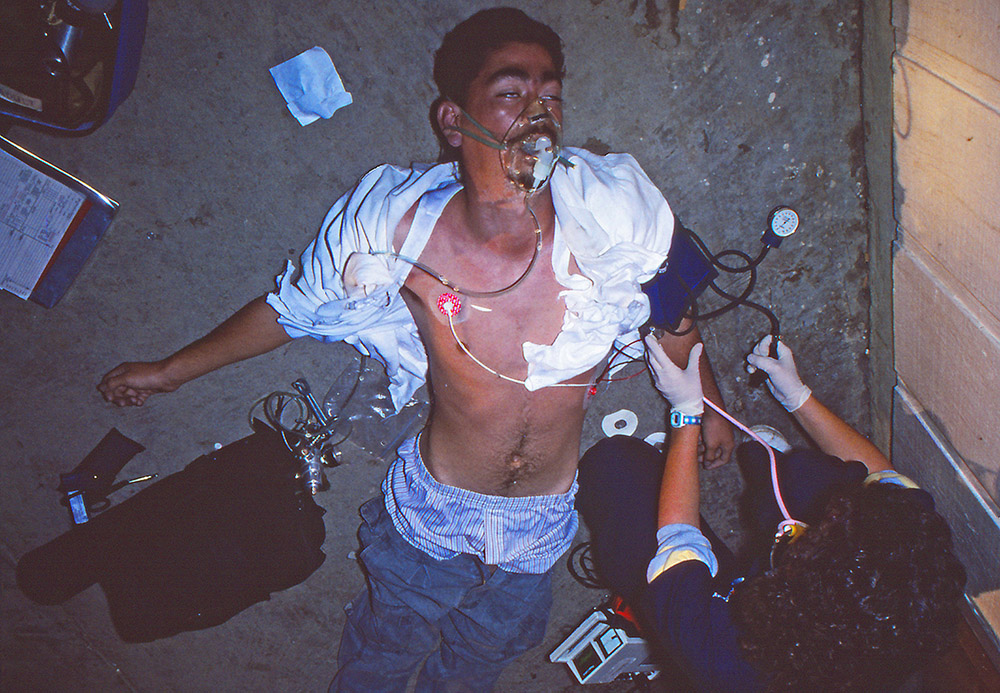 ©Richard Street, Just before EMS personnel arrive and minister to a field hand who has overdosed on black tar heroin outside the El Rancho bar on a Saturday night.

A hard-luck story from a hard-luck place, Richard Street’s “Knife Fight City and the Kingdom of Dust” takes us to Huron, the poorest town in California. Direct on-camera flash lends a Weegee-like aesthetic to desperate scenes of migrant men running afoul of the law, or a rival gang, or their own worst impulses. See a close overhead shot of EMTs resuscitating one field hand overdosing on black tar heroin, or of a different field hand being dragged kicking and screaming into a drunk tank by a police sergeant, the hand-to-hand human contact forming a perverse visual counterpoint of the Sistine Chapel ceiling. But Street aligns himself more pointedly with the empathetic tradition of Dorothea Lange, following immigrant agricultural workers after their workday to a lonely gully wilderness where they eke out an existence on the bank of a ditch, tending to their hand-built homes of cardboard and corrugated metal under a California sun. —Thomas Patterson 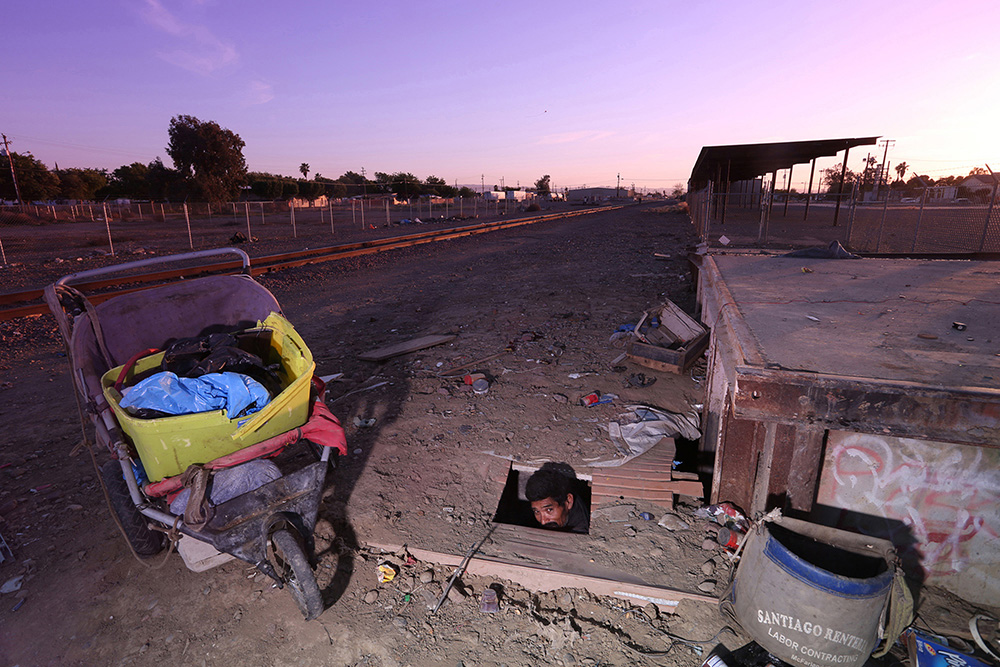 ©Richard Street, : In Huron, the poortest town in California, Jose Martinez, 38, saves money on housing by living in a hole excavated beneath the concrete loading dock in the railroad yard.

Knife Fight City and the Kingdom of Dust

Knife Fight City and the Kingdom of Dust explores an unacknowledged variety of American apartheid in Huron, poorest town in California, where an American peasantry slaves for industrialized agriculture in a giant farm labor exploitation camp. Huron does not have a newspaper, Burger King, Little League, high school, or Chamber of Commerce; it does have six labor camps, 5 bars, and two gangs, the Norteños and Bulldogs, who shoot one another on site and vie for control of the drug trade. Located in the southwestern corner of Fresno County, the richest agricultural county on the planet, Huron’s politics are bloody – one mayor had his automobile shot up by an AK-47; a councilwoman’s home was bombed; another mayor died in prison. Huron is the only town in Westlands Water District (WWD), whose multibillion dollar corporate empires are the antithesis of the settled, family- oriented landscape that originally justified the Roman Aqueduct-sized canal that irrigates surrounding farms. – Richard Street 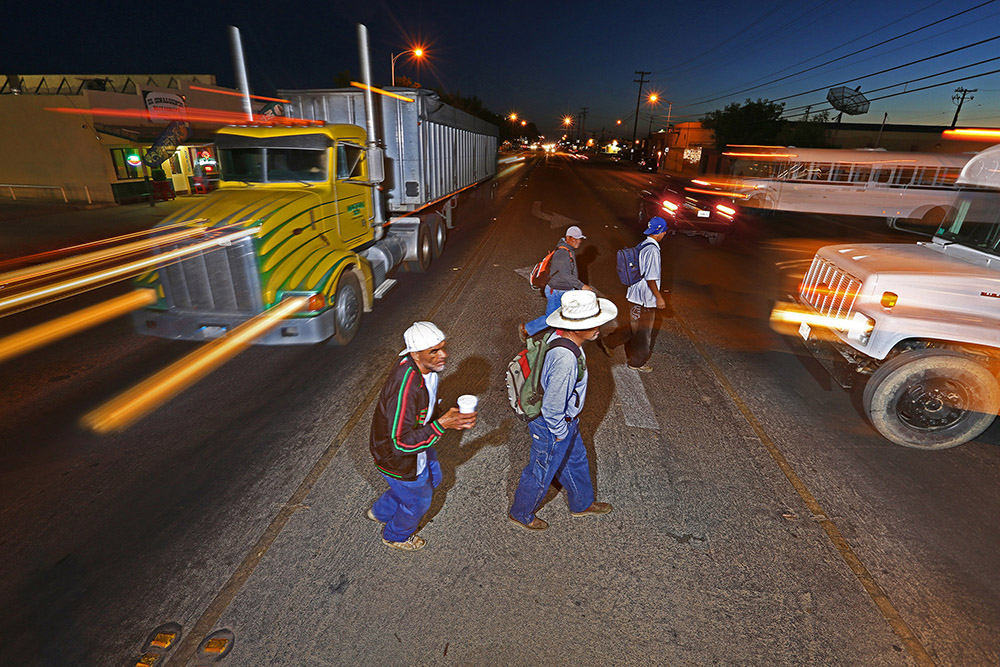 ©Richard Street, A quadruple, strobe-lit exposure over 30 seconds captures the chaos in downtown Huron as field hands, farm equipment, and labor busses pull out at 5:30 am.

Richard Steven Street is an academically-trained historian, fluent in the commercial and journalistic idioms, who deliberately veered from the anointed path in order submerge in the contemporary side of the fields and subjects that are his special passion and expertise.

He is trying to carry on, extend, and amplify the work of Dorothea Lange, only in color, perhaps with a harder visual edge, keep alive the tradition of documentary and concerned photography at a time when it seems in eclipse, and apply it through substantial works that focus on all facets of the ever-changing environment in rural California. 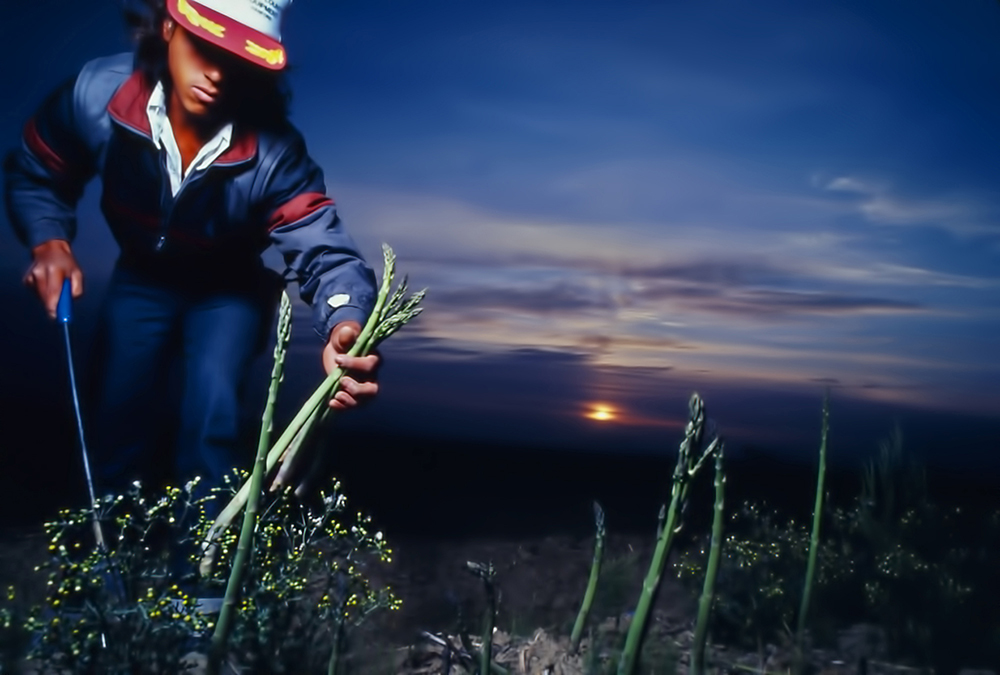 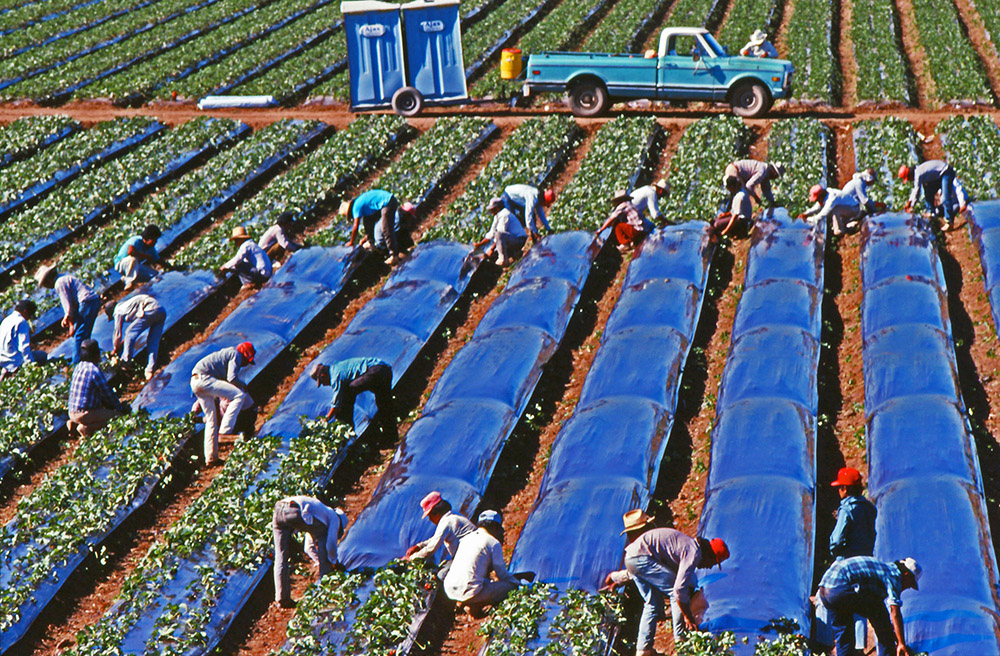 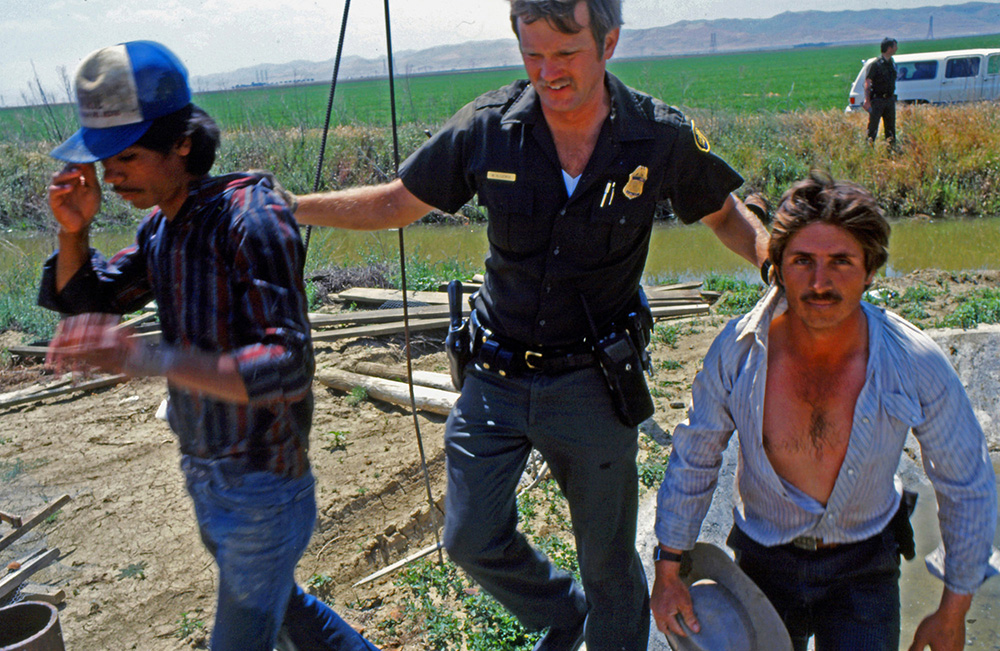 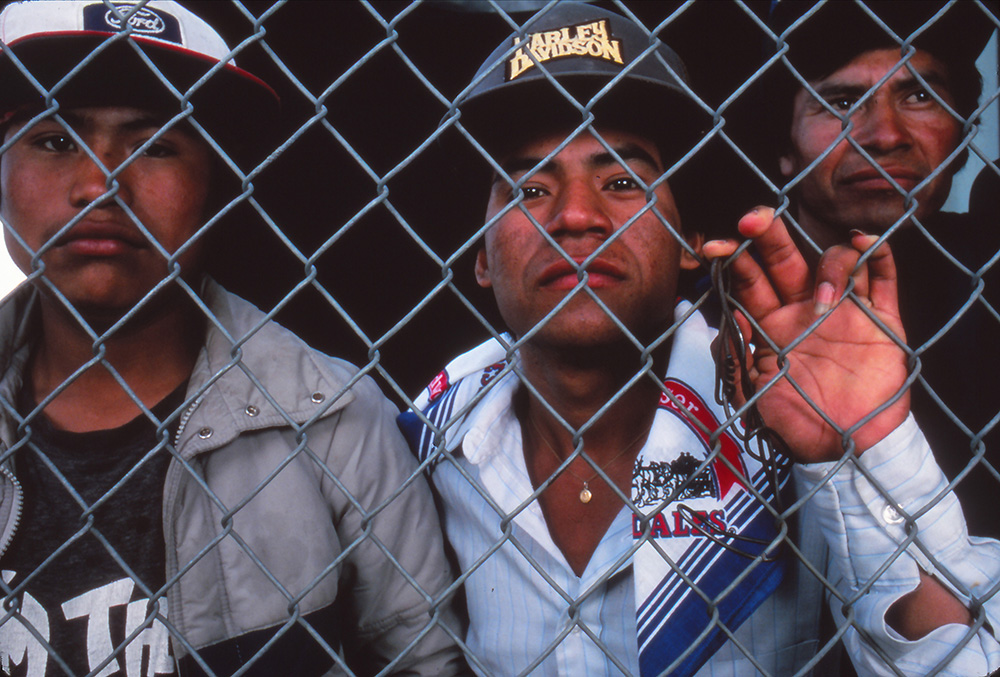 ©Richard Street, Oaxacan field hands from Huron await deportaion in a Fresno INS holding cell after being detained during a sweep of a farm near Cantua Creek, 10 miles north of town. 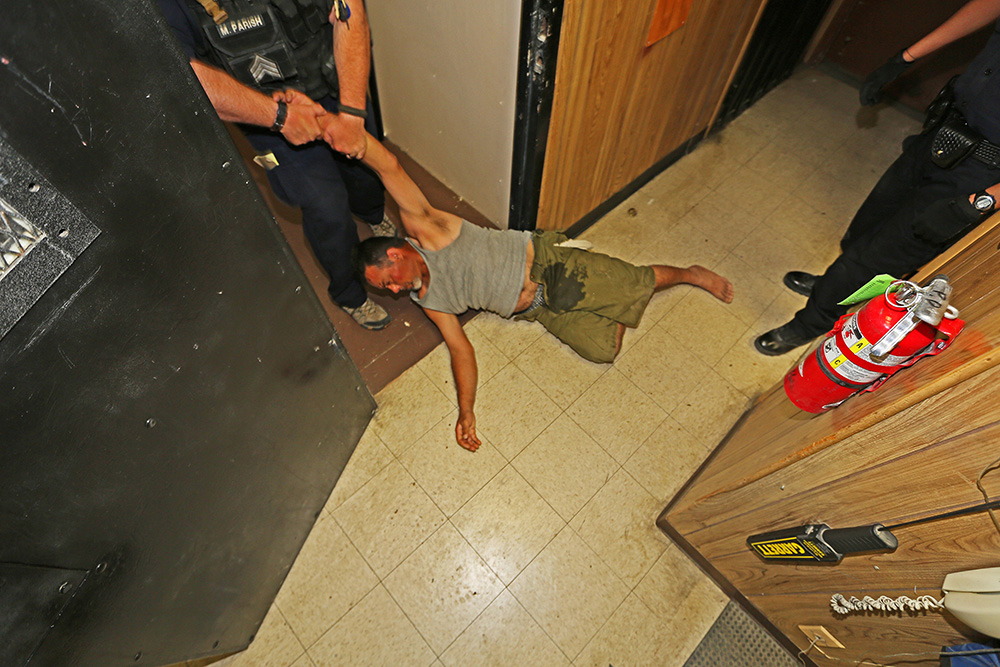 ©Richard Street, Screaming “motherfuckers, motherfuckers,” this drunk field hand fought police and had to be dragged into the holding cell. Released the next morning in time for work, he had no memory of the previous night. 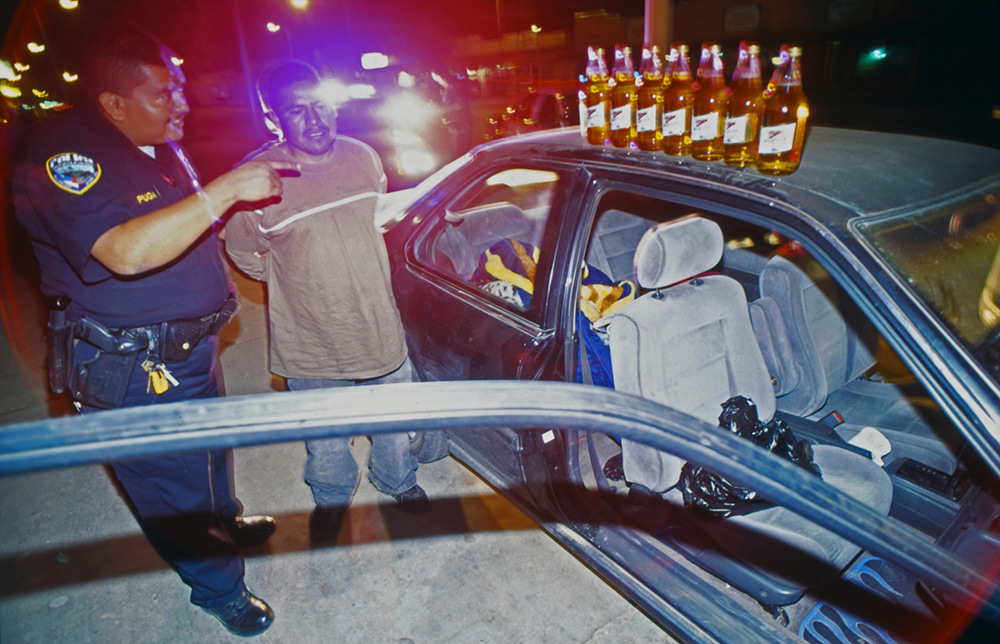 ©Richard Street, Officer Jose Puga detains a Oaxacna immigrant lettuce ciuttre then confiscates and tows his autombile after the man failed to provide a drivers licence, registration, ownership, and insurance documents. Asked where he had obtained the automobile, the man said, “From Juan, in Tucson.” 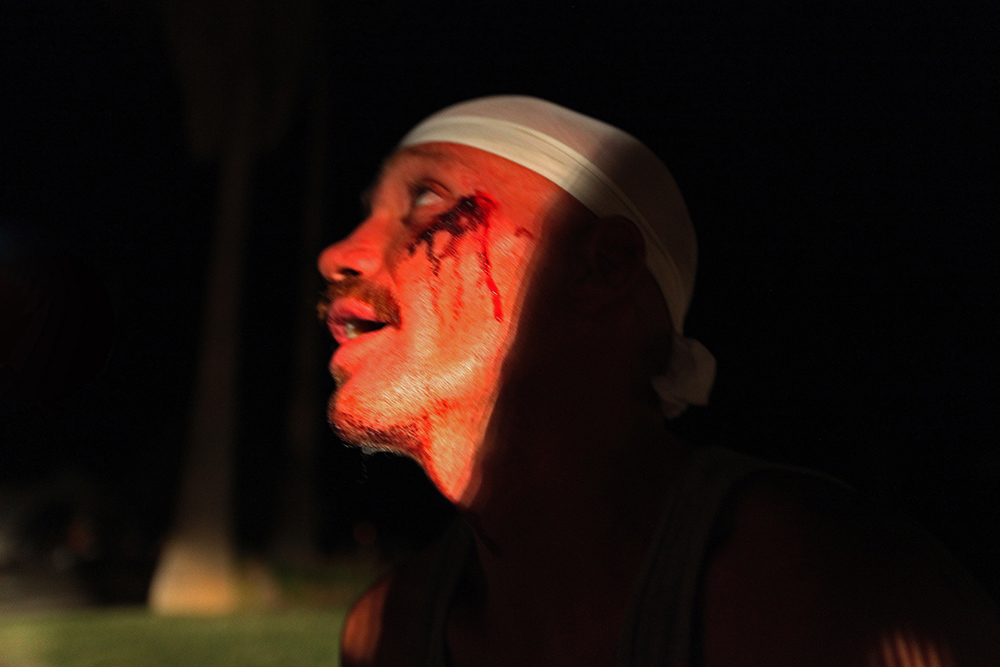 ©Richard Street, Bulldog gang member “Chuckie” after being beaten by rival Norteno gang members near the intersection of Fouth and Orange Streets. 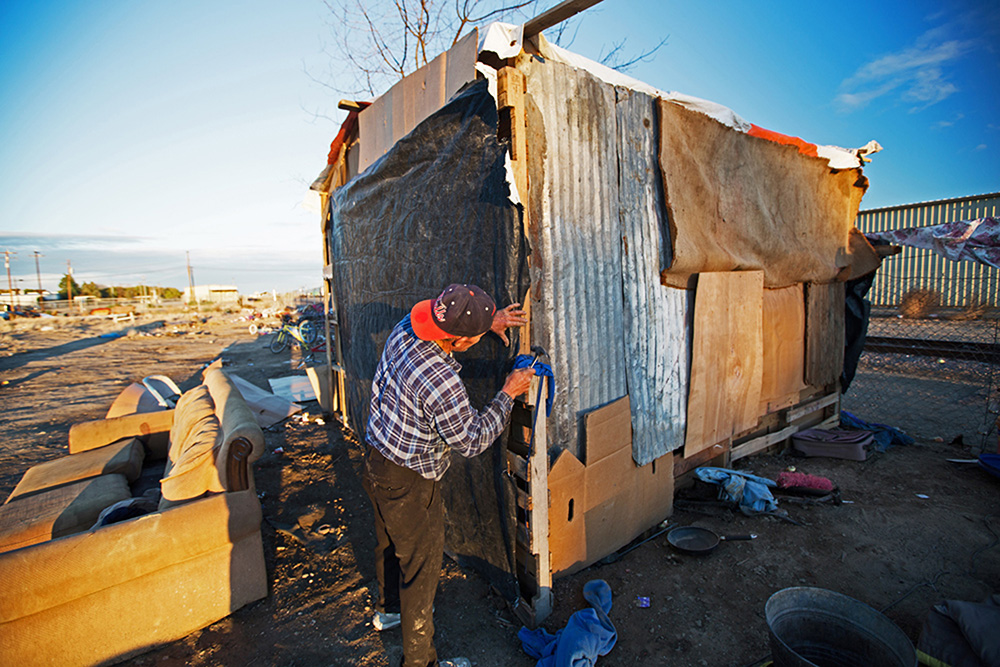 ©RIchard Street, A transient ettuce cut puts the finishing touches on his hand-built home in the “Tumbleweed hotel.” 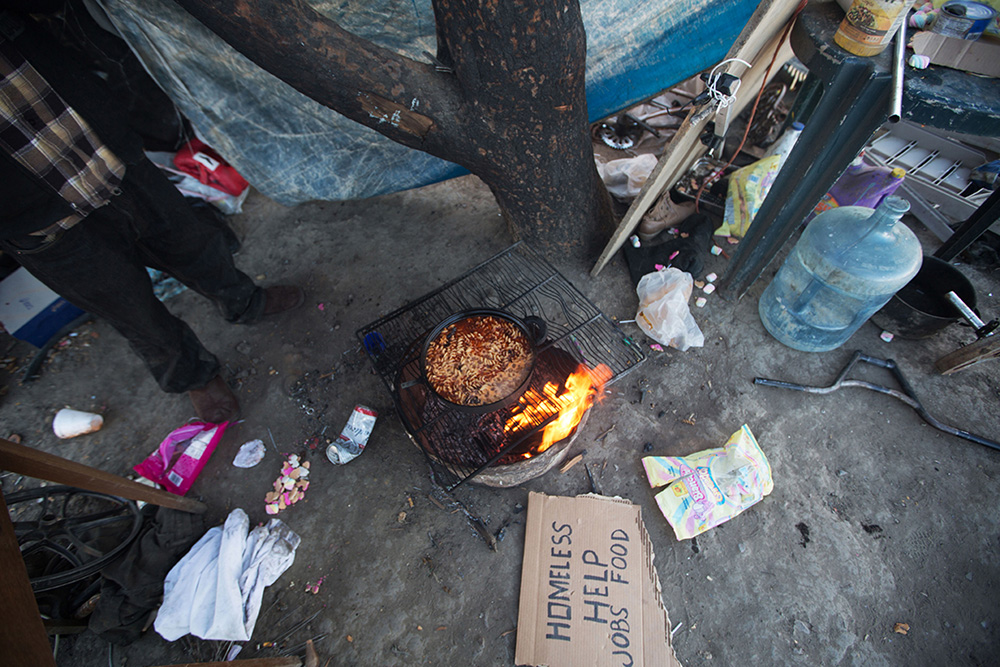 ©Richard Street, Homeless farmworkers in Huron, CA, prepare a meal after recieving contributions solicited with the sign laying on the ground.