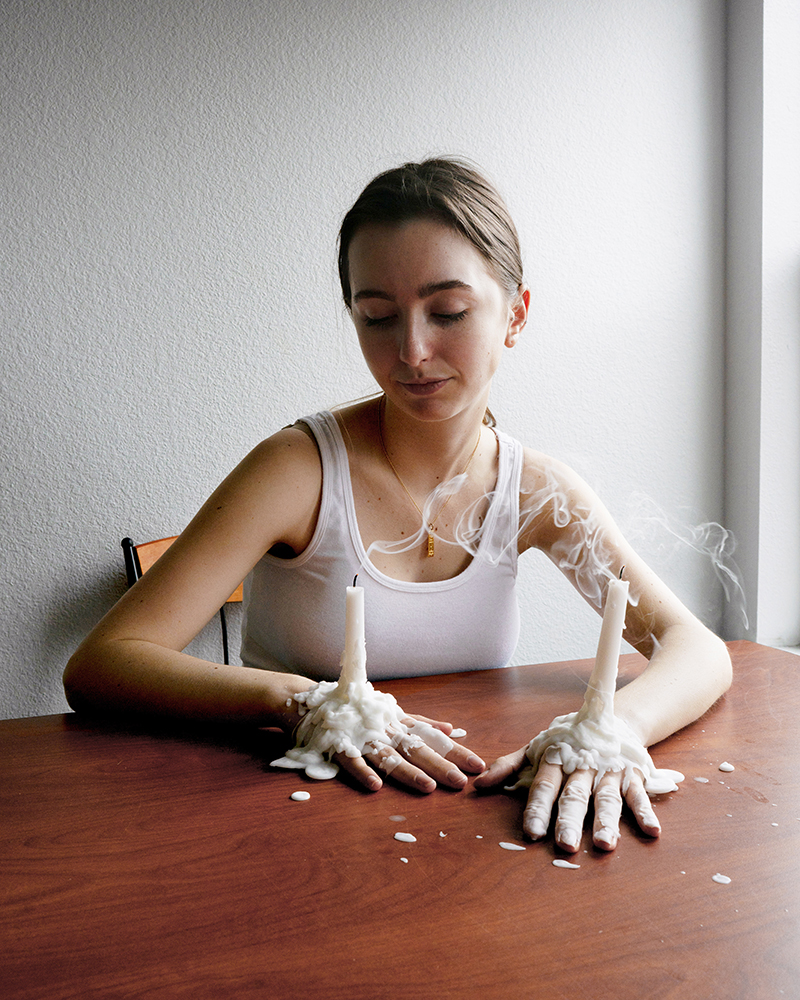 It is with great pleasure that we announce the 2020 Lenscratch Student Prize Honorable Mention Winner, Hannah Altman. She was selected for her outstanding project, Kavana. She has recently received her MFA at Virginia Commonwealth University.

Hannah Altman’s project Kavana depicts portraits with people she met that are bonded by Jewishness. Through meticulously capturing bodies and gestures with specific objects and spaces that related to rituals, folktales, and memories, her photographs visualize collective memory and action across past, present, and future. These images are not just documentaries of what they were, but agents conjure what had happened and foretell what could arrive.

According to Altman, “Jewish thought suggests that the memory of an action is as primary as the action itself. This is to say that when my hand is wounded, I remember other hands.” In many ways, her works suggest a call for the ability of empathy and the understanding of shared experiences. Although there are many different faces and bodies in this project, she elevate them or those moments with exquisite use of light and the action of photography. The elastic or scattered shadow as the result of the interaction of body and light in her images not only is part of sculpted times but also suggests the extension of the mind towards other beings across temporality. 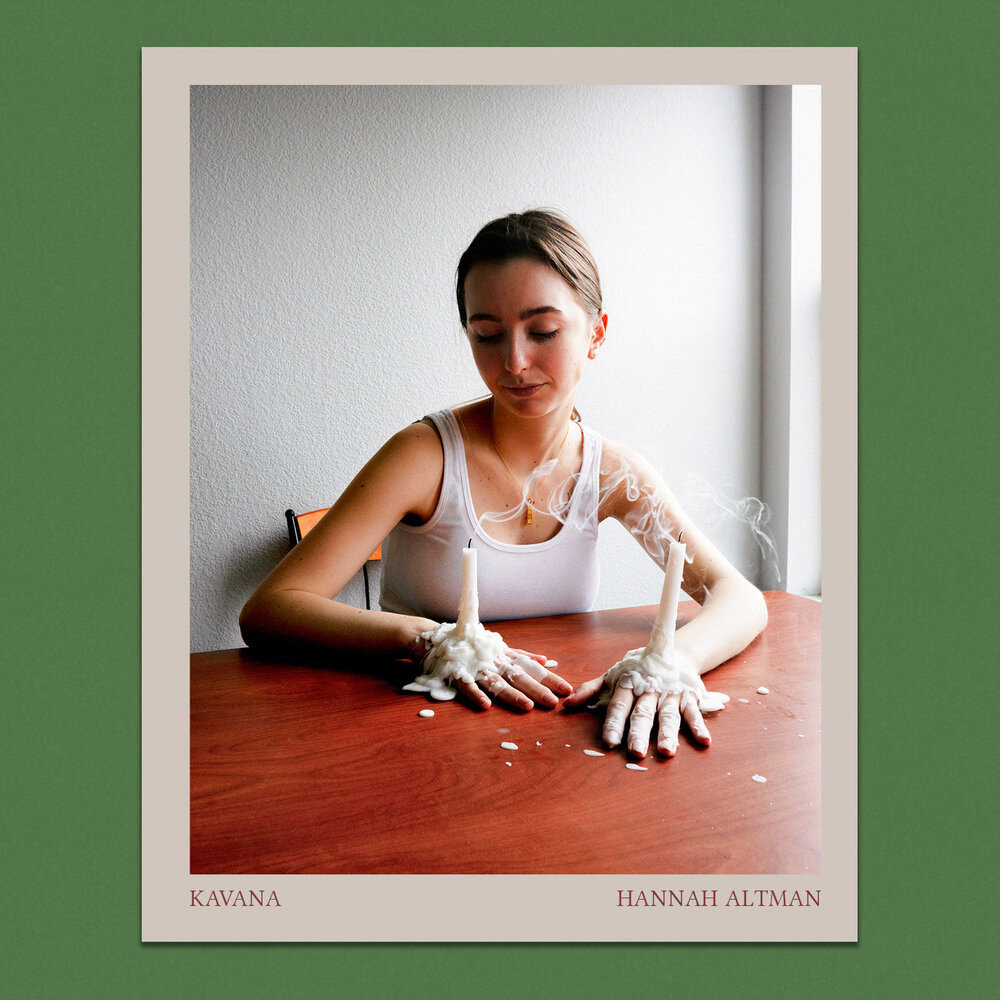 Altman’s project, Kavana will be published by Kris Graves Projects in September and you can pre-order it here.

Hannah Altman is a Jewish-American artist from New Jersey. She holds an MFA from Virginia Commonwealth University. Through photographic based media, her work interprets relationships between gestures, the body, lineage, and interior space. She has recently exhibited with the Virginia Museum of Contemporary Art, Blue Sky Gallery, the Pittsburgh Cultural Trust, and Junior High Gallery. Her work has been published in the Carnegie Museum of Art Storyboard, Vanity Fair, Huffington Post, and British Journal of Photography, among others. She is the 2019 recipient of the Bertha Anolic Israel Travel Award. She has delivered lectures on her work and research across the country, including Yale University and the Society for Photographic Education National Conference. 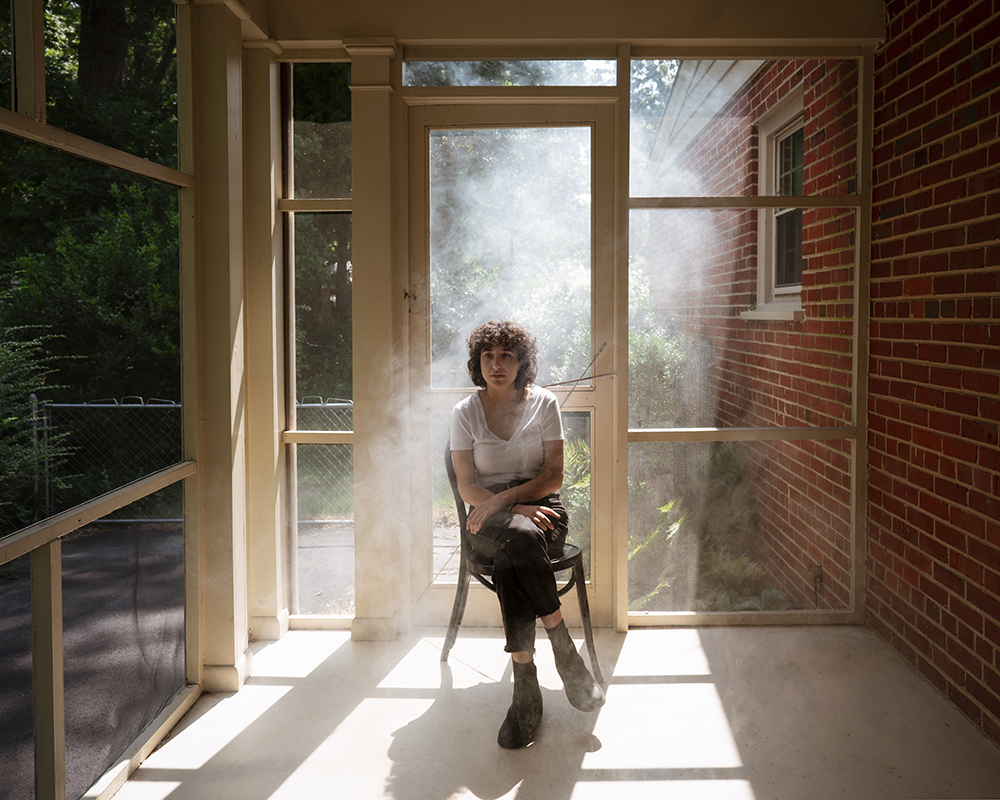 Jewish thought suggests that the memory of an action is as primary as the action itself. This is to say that when my hand is wounded, I remember other hands. I trace ache back to other aches – when my mother grabbed my wrist pulling me across the intersection, when my great-grandmother’s fingers went numb on the ship headed towards Cuba fleeing the Nazis, when Miriam’s palms enduringly poured water for the Hebrews throughout their desert journey – this is how the Jew is able to fathom an ache. Because no physical space is a given for the Jewish diaspora, time and the rituals that steep into it are centered as a mode of carrying on. The bloodline of a folktale, an object, a ritual, pulses through interpretation and enactment. In this work I explore notions of Jewish memory, narrative heirlooms, and image making; the works position themselves in the past as memories, in the present as stories being told, and in the future as actions to interpret and repeat. To encounter an image in this way is not only to ask what it feels like, but to ask: what does it remember like? – Hannah Altman 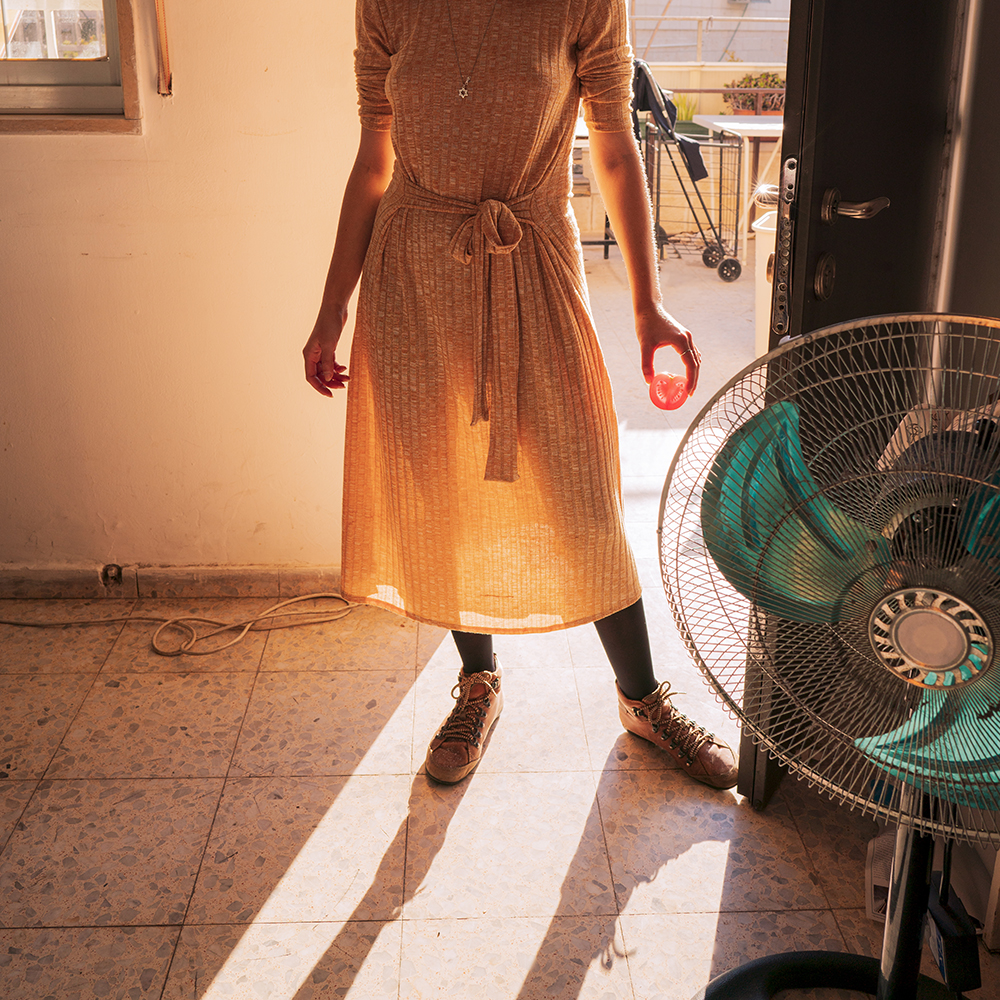 I’m from a pretty rural area of New Jersey, and am fortunate to have stayed in the same house growing up. This house is really magical, at any given point there is light coming through a window if you know where to look, and as I was getting interested in photography, light and sun patterns were something I photographed constantly. I think the association of interior spaces and sunlight and photography have been a constant in my image making, though accidentally at first. It wasn’t until way after I taught myself how cameras and photoshop work that I realized it can be a visual communication tool, something more than just technical documentation. 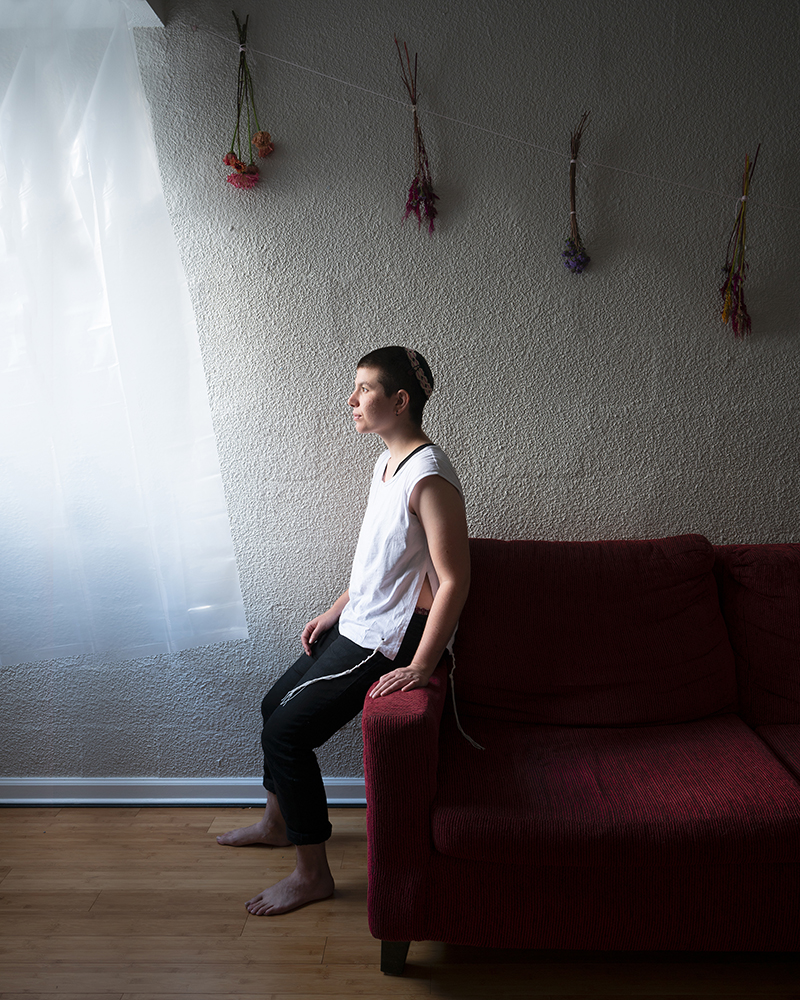 I read your interview on Strange Fire Collective. I understand the importance of history in terms of collective memory and shared experiences, could you elaborate more on the idea of privileging the concept of time? In addition, does this understanding relate to your use of photography (if yes, how)?

Time is essential to Jewish practice. We use time as a tool (the beginning of holidays are dependent on sunset) to separate the sacred from the mundane. In relationship to ritual and the sun / moon, time is either holy or not. For example, a candlestick is just a candlestick until it is used as a ritual object, lit on Friday night as the sun sets. This commences the start of the Sabbath, where the next 24 hours of time are sacred and specifically separate from the rest of the week. It’s not really about a progressive timeline either- it’s more about fragmented time. Meaning that past, present, and future aren’t thought of as one continuous line, but rather existing in relationship to each other simultaneously. Repeating rituals throughout generations perpetuates this thought by forming a sense of collective memory. If an action happens in the past and is being remembered in the present, it sets up intentions to repeat in the future. The same mode of thinking can be said for photography, as is it the medium of time. Photographing Jewish ritual, portraits, actions, are a way of perpetuating collective memory because they build from the past, are photographed in a present tense, and will be viewed in the future. 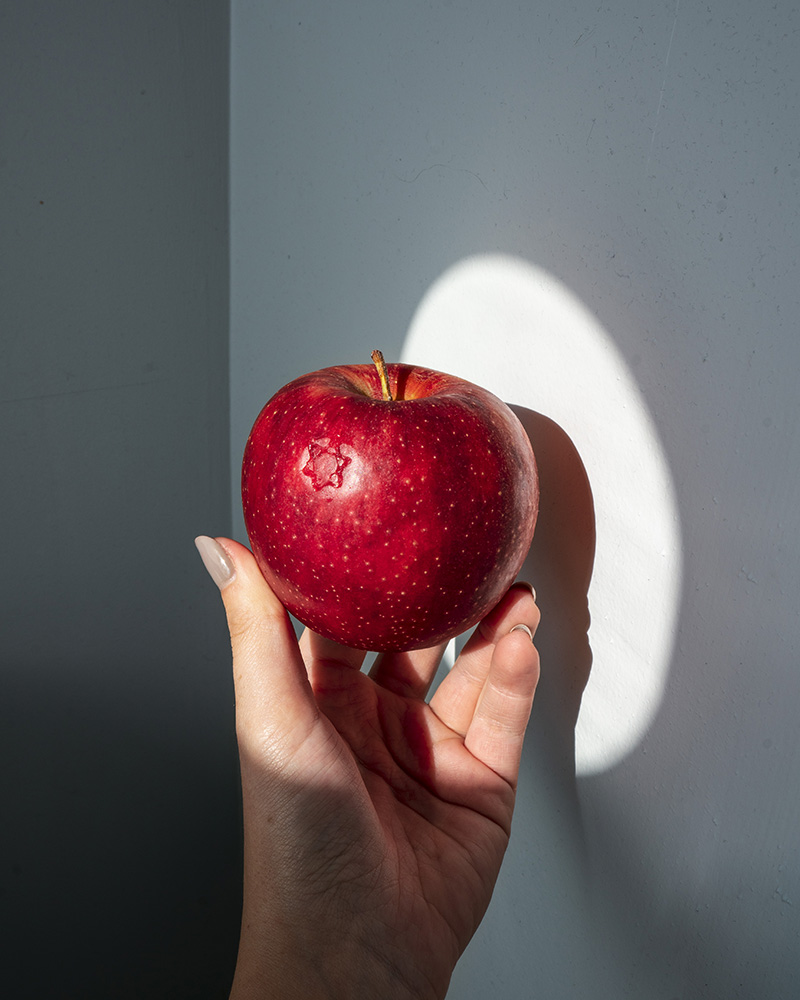 Your statement of the project is particularly moving for me. You said “I t race ache back to other aches,” this is so touching that makes me thinking of the ability of empathy. Could you share some insights about how do you work with people you shoot and the process of sharing experience and history? Is photography a ritual for you and does it create certain bonding?

The participants in this project really vary, and I think that’s really important. I include both family members and people I meet for the first time. All of the participants are connected in their Jewishness but their relationship to both myself and the ethnoreligion widely differ. That’s a good thing. There should be space within shared experience and history for difference, for debate. In this sense I think photography is the ultimate even hand; building this project is a ritual in itself and it relies on the presences of others. It’s both community oriented and individual. 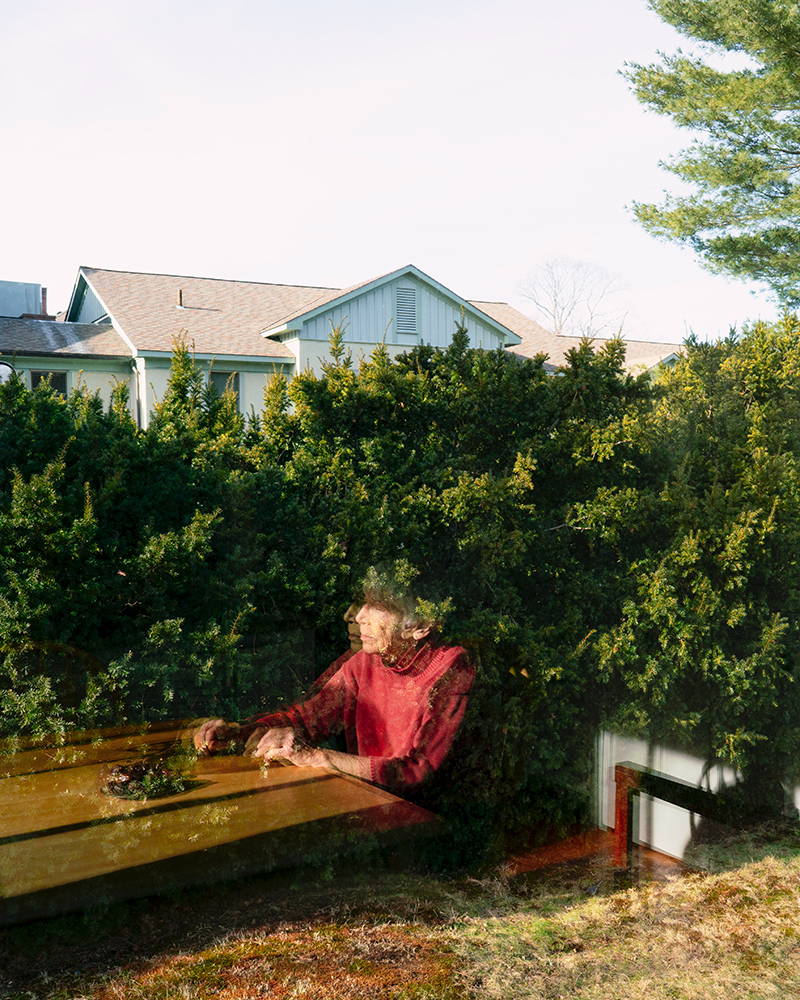 Many of your images present the interaction of body, light, and shadow. There is an interesting play between physicality and intangibility. Could you share some thoughts on your choices of visualizing them?

My work builds off the sun. It would be nice to say that the reasoning relates to this discussion of Jewish time, but I think my work has always revolved around the sun. There’s something about the physicality of a portrait in direct sunlight that I’m really drawn to; it feels a bit lifted from real life, a bit untouchable, though it’s roots are still in reality. The way light can function in my work reminds me of folklore in a way, it’s a spotlight on a specific narrative, arranged and displayed in a particular way, angled for a purpose. 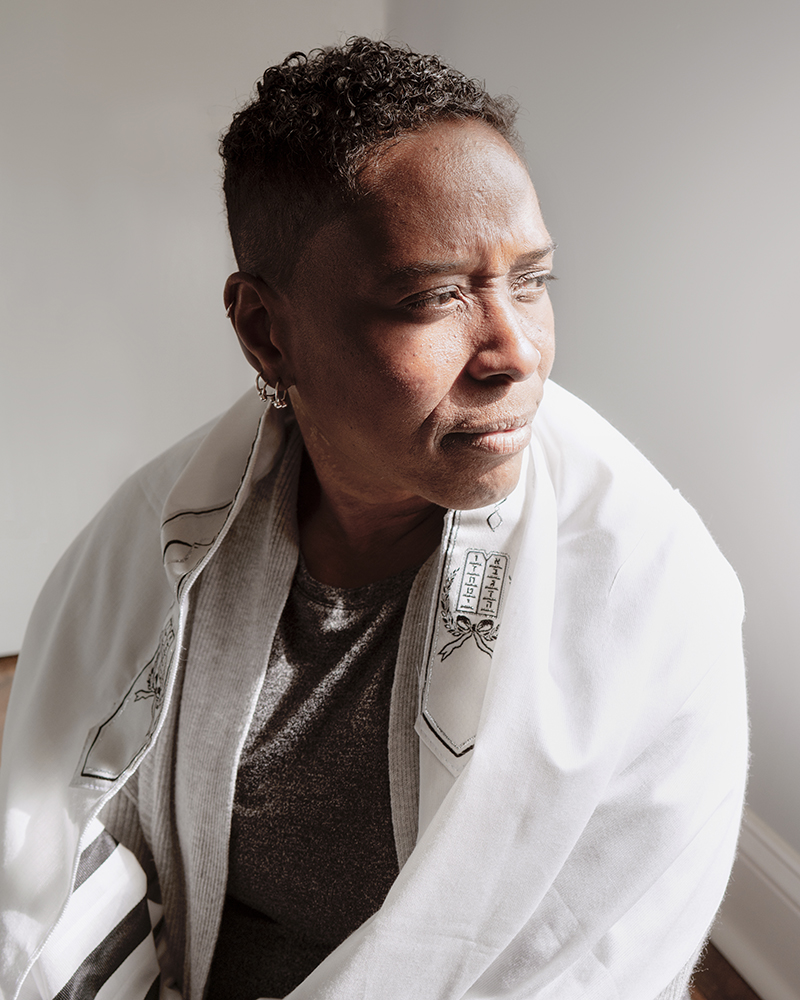 We are always considering what the next generation of photographers are thinking about in terms of their careers after graduation. Tell us what the photo world looks like from your perspective. What you need in terms of support from the photo world? How do you plan to make your mark? Have you discovered any new and innovative ways to present yourself as an artist?

We’re living in a really interesting moment. With Corona and globalization in general we’ve
really taken to digital platforms to see new work, and there’s an unprecedented shift in power that comes with this accessibility, one that goes towards the individual artist and away from the gatekeeping systems that benefit old, wealthy WASPy cismen. I would like to see that bureaucracy further dismantled on a non optical, institutional level in hopes for a more equitable photo world. I have a lot of faith in millennials and gen z and their refusal to stand behind red tape. I think the more the art world leans in this direction, the more supported people starting their careers from different backgrounds and angles will feel. 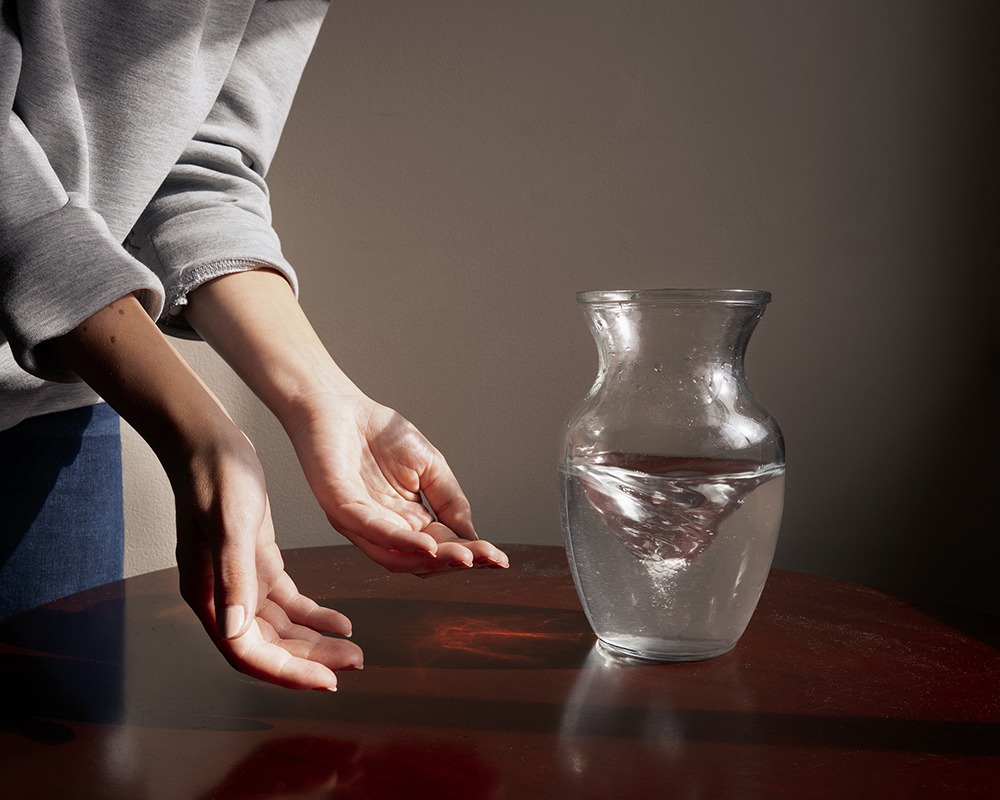 Congratulations on the Student Prize! What’s next for you? What are you thinking about and working on?

Thank you! I am proud to be publishing my MFA thesis work with Kris Graves Projects this September. These images are very much about storytelling, time, and internarrative relationships, so I’m really excited that the project will be presented as something to read through and hold close. The preorder link for this book, as well as some limited edition prints, is here: https://www.krisgravesprojects.com/book/kavana 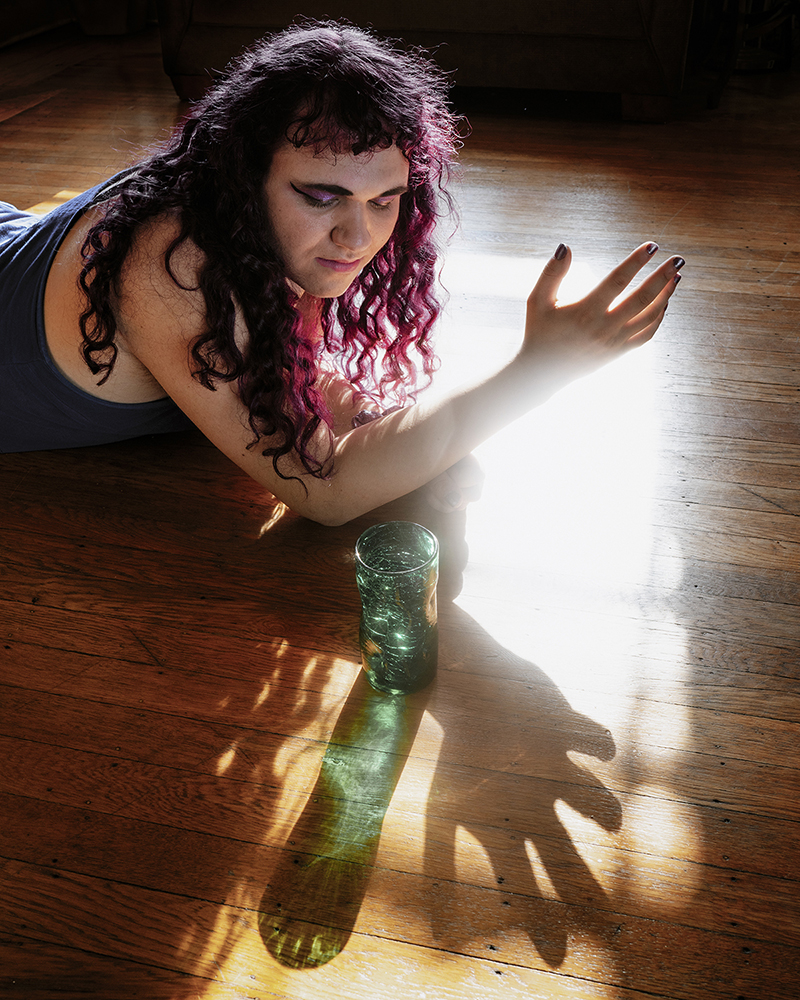 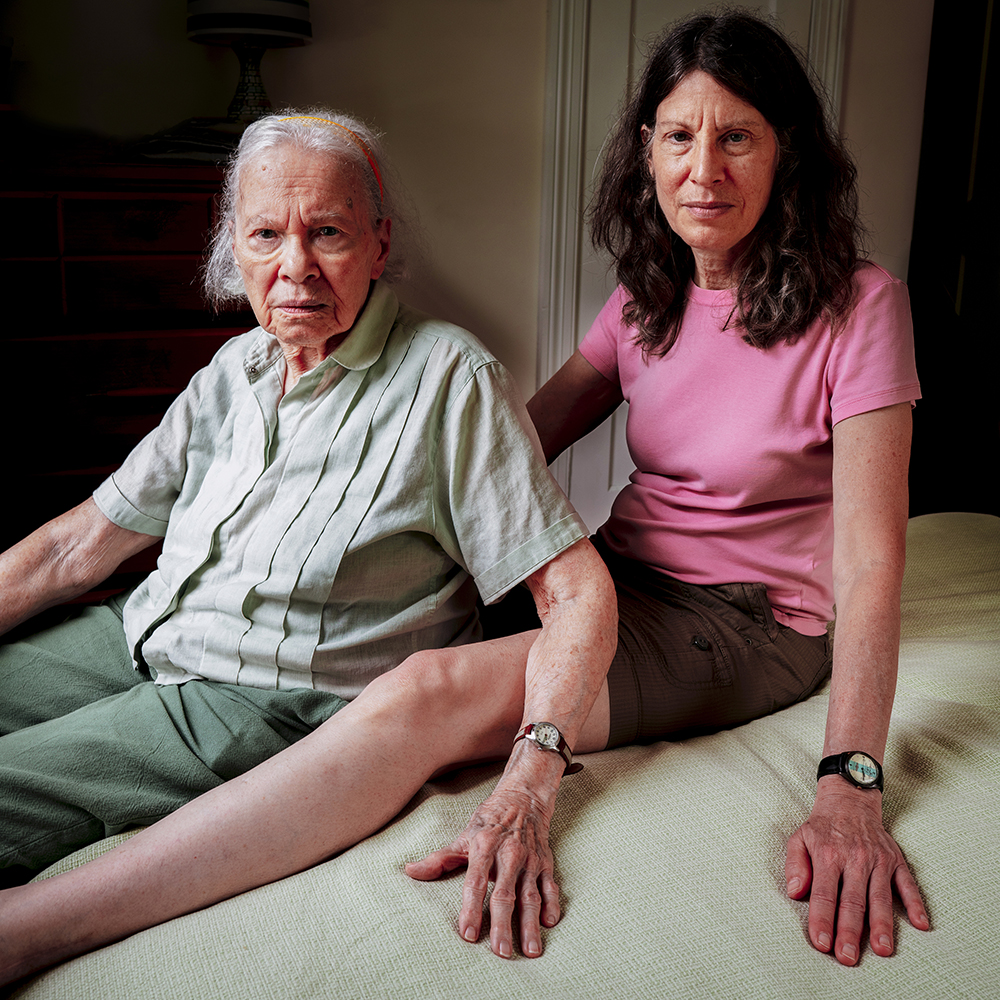 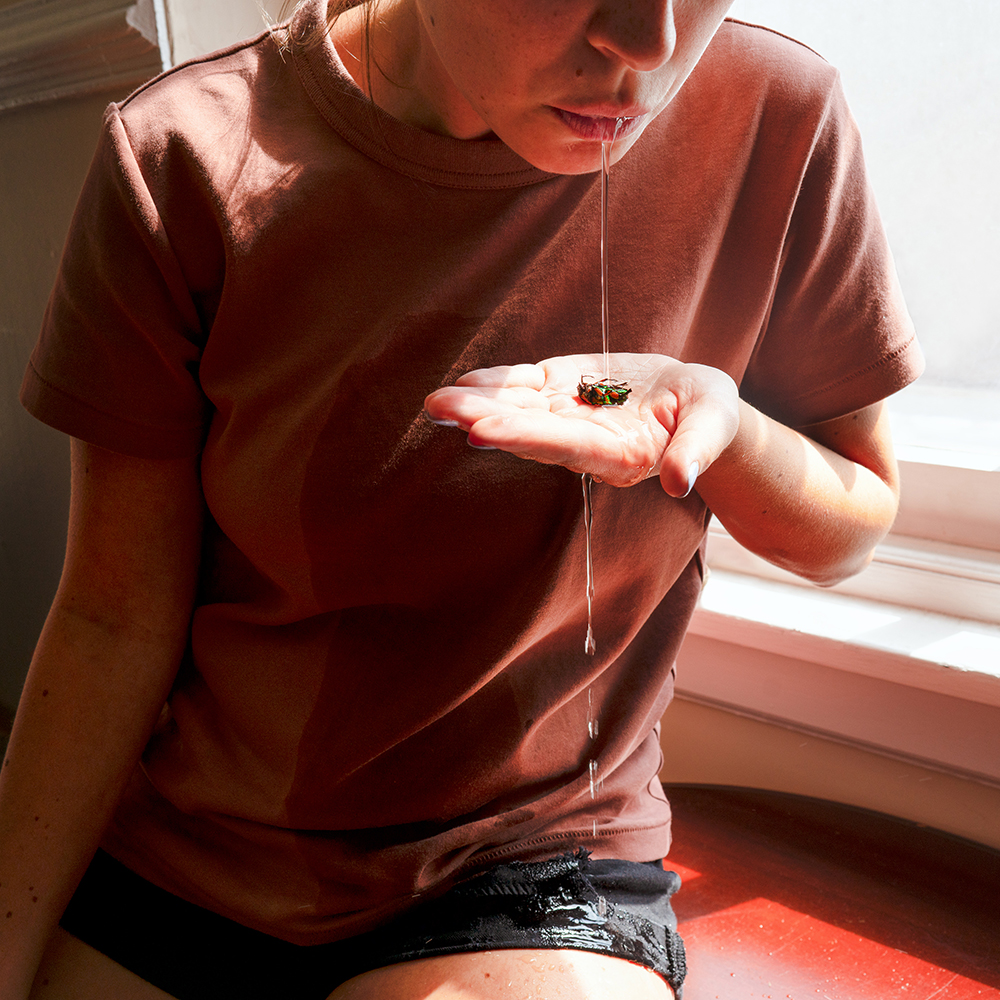 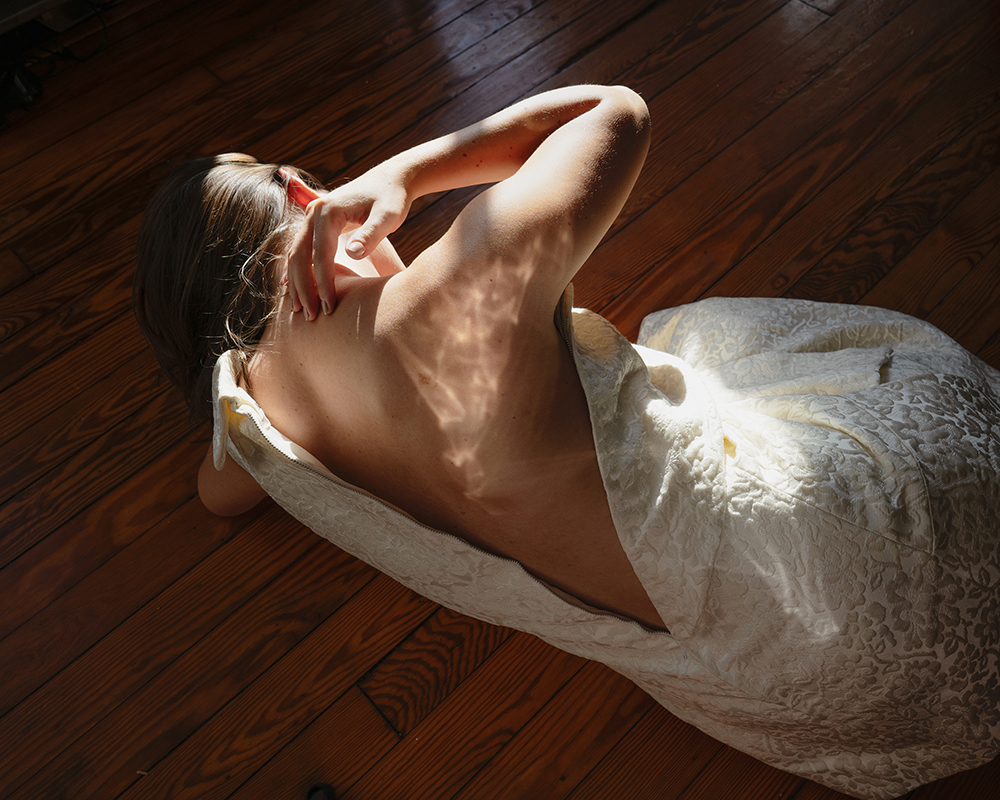 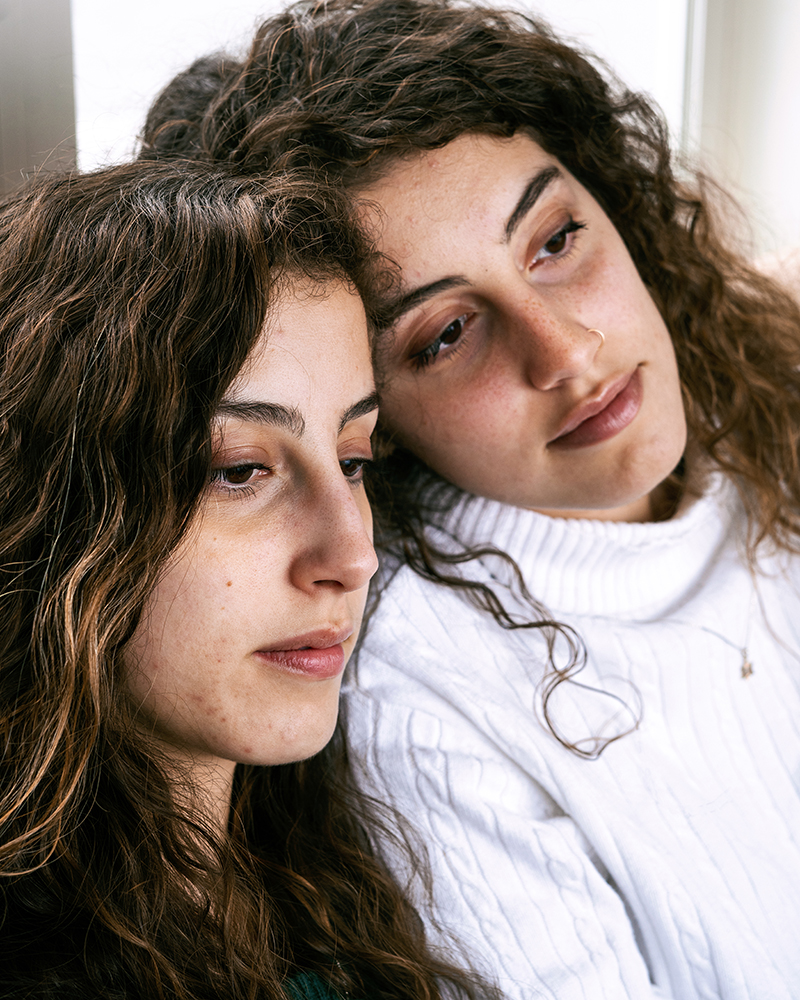 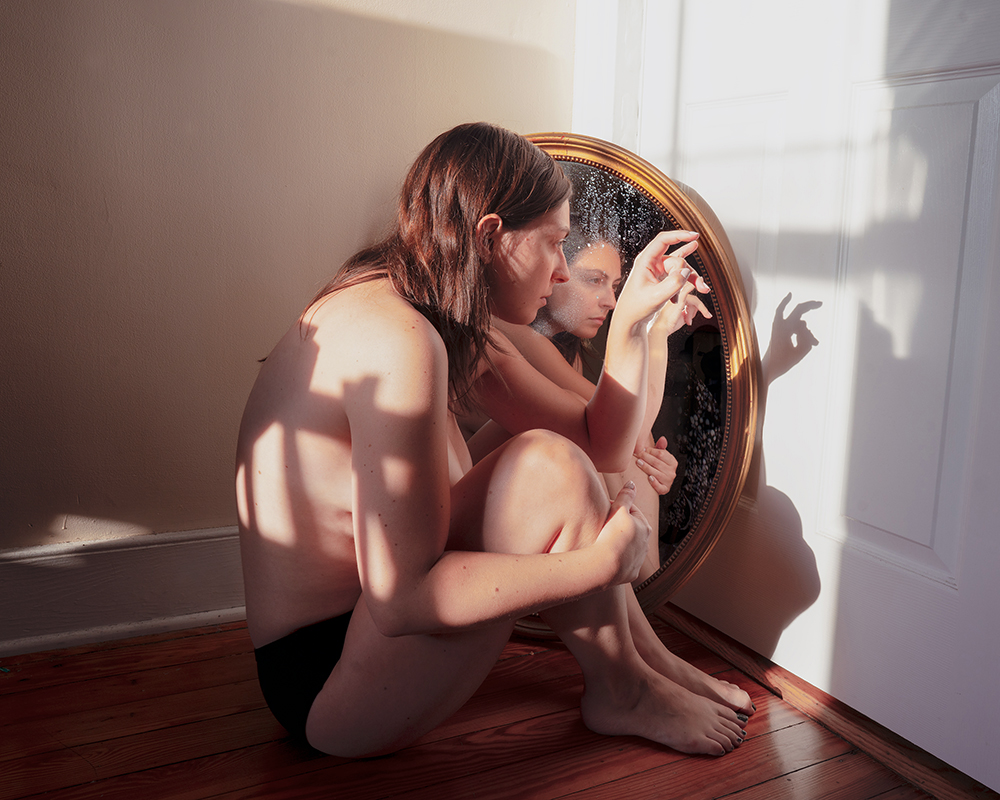 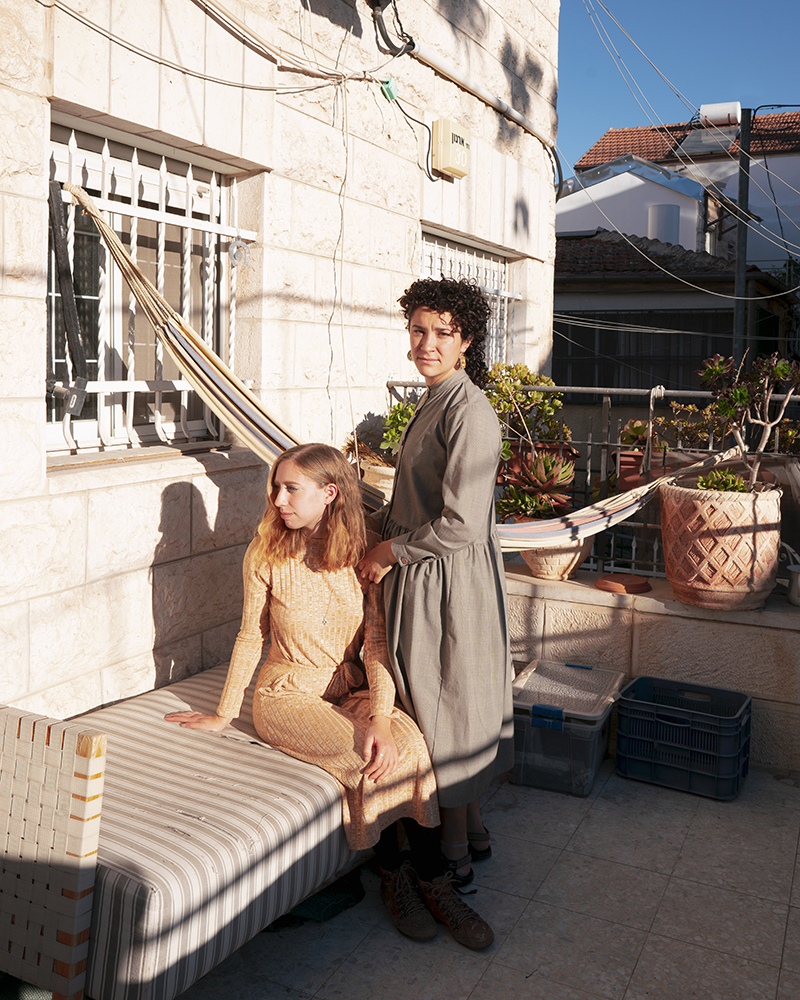