This Thursday, June 25th, marks the final evening of 4 Evenings with Fine Art Photographers, a lecture series that I began hosting last year. I am thrilled to finish this wonderful series with Douglas McCulloh, one of the most enthusiastic and charismatic photographers I know. If you are in Los Angeles, you can find more information through the Julia Dean Photo Workshops. 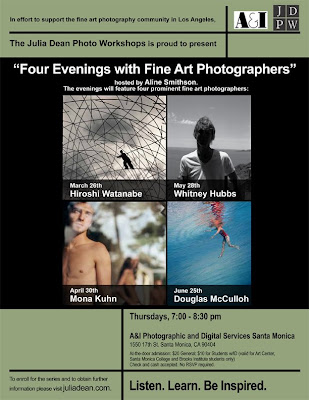 I was first introduced to Douglas’ work by my friend, Amanda Keller Konya, who placed a book titled, Chance Encounters, in my hands and told me to read it. Then many months later, Amanda invited me to be a part of the Great Picture Project, where six photographers spent nine months and $65,000 transforming an abandoned F-18 jet hanger into the world’s largest camera to make the world’s largest photograph. Of course, Douglas was one of the 6.

As part of the Great Picture Project, we were joined by dozens of volunteers ready to spend a hot summer night in the largest darkroom in the world, utilizing fire hoses to inject enormous “trays” with developer, stop, and fix. “The resulting silver gelatin image—three stories high by 111 feet wide—is regarded by many as the final punctuation mark at the end of 167 years of film/chemistry-based photography and the start of digital dominance.” 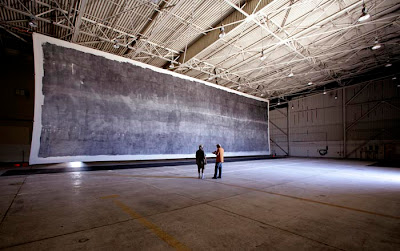 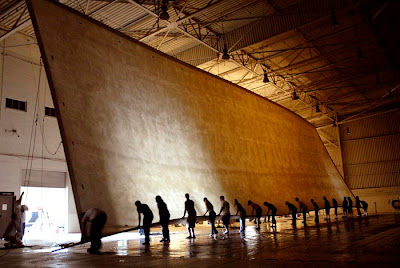 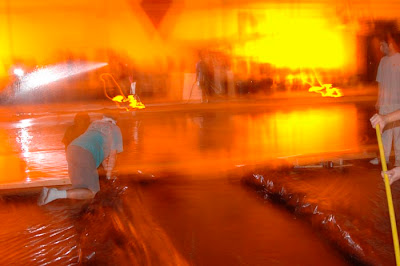 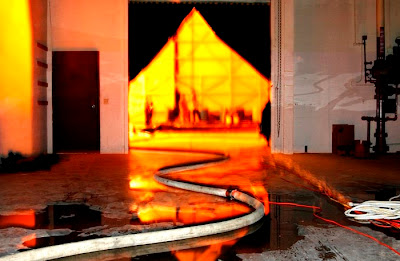 I should also add the word prolific to the list of adjectives to describe Douglas. He currently has 8 exhibitions on view and has recently published a book, Dream Street, as the result of his latest project about the realities of living the American Dream. His statement and a few of his projects are featured below.

“In all important ways, the world operates by chance, a fact I’ve been convinced of since childhood. My artistic practice appropriates the world’s mode of operation—chance—as the methodology to encounter the world itself. I formulate systems based in chance operations, set the systems in motion, and then use photo technologies to record what chance provides. I have spent seven years visiting randomly drawn quarter-mile squares across Los Angeles County and multiple summers taking random photographic samples of visitors on California and Florida beaches. I’ve made 60,000 photographs in Hollywood directed by a map and have assembled four digital cameras, six computers, and 68 photographers to sample 20,558 visitors to the Los Angeles County Fair. These system-driven projects are a way to frame a question and let chance provide the answers. My goal as an artist is not to be a creator, but a conduit.” 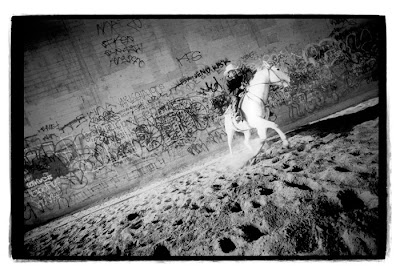 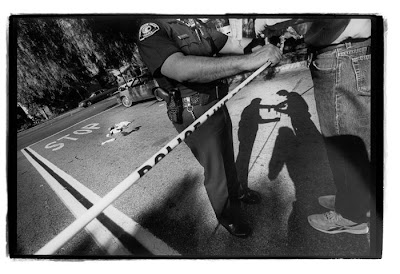 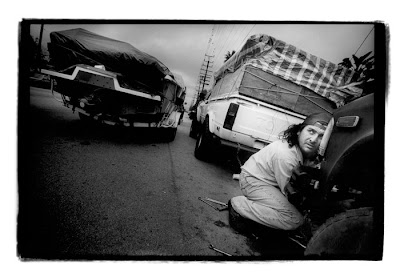 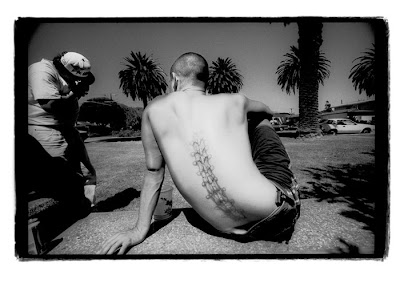 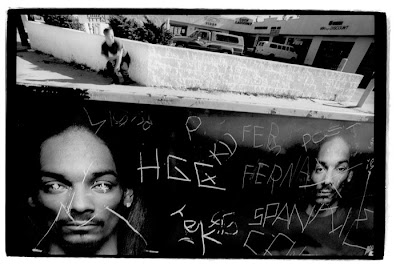 “Douglas McCulloh was given a three-year commission to document Hollywood in an unprecedented 60,000 photographs. The result is a massive and multi-layered artistic inquiry. Map-driven and infused with data and first-hand narrative, the project moves beyond traditions of the isolated photographic image. Instead the project emphasizes complexity, multiplicity, extreme volume, and the interplay of image, data, map, and text.”

Images from 60,000 Photographs in Hollywood 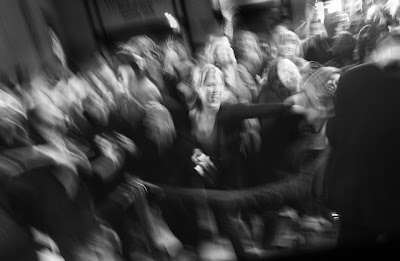 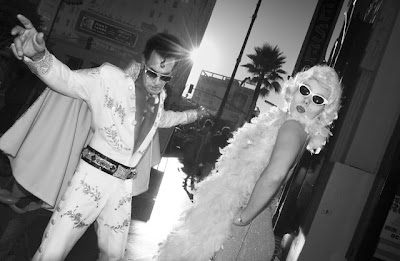 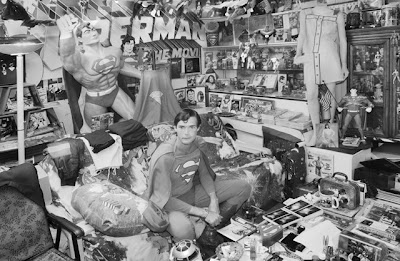 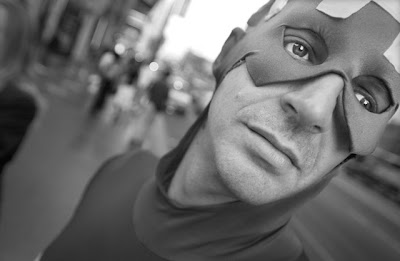 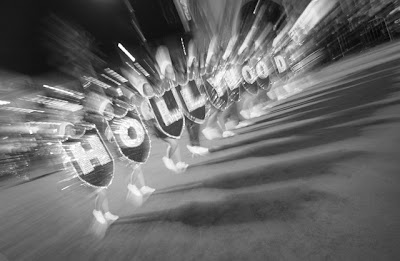 “Given unlimited access to the largest closed military base in the U.S., I was forced to consider how to respond to direct evidence of ceaseless human war and violence. This is the result. Each is a tiny gesture — a futile memorial — that commemorates one highly specific incident from one of mankind’s wars.” 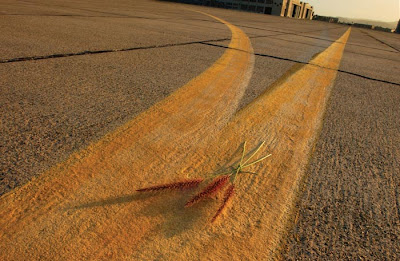 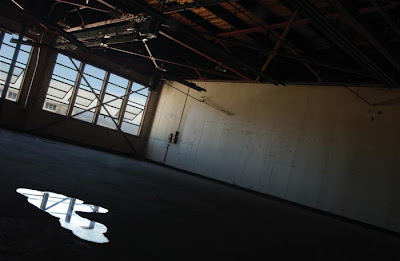 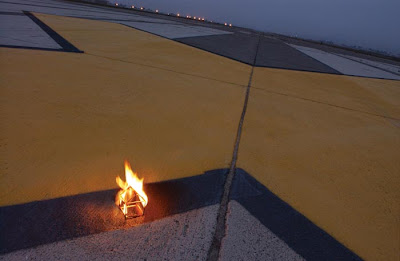 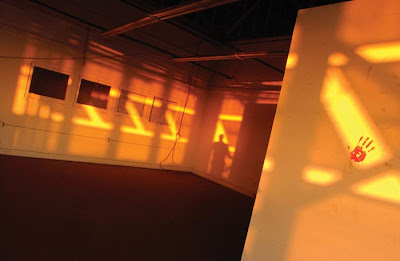 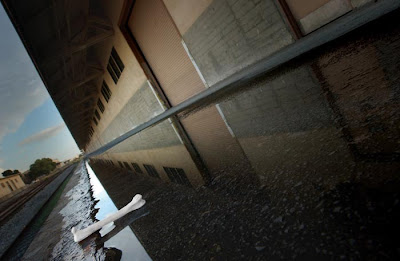 Hope you can join us on Thursday, June 25th, at A&I in Santa Monica, 7pm, for an evening with Douglas Mc Culloh.