I’ve been a fan and a friend of Tom Chambers for many years. His work has never failed to surprise and intrigue me, and I know I’m not alone in this reaction. Represented by seven galleries around the world, Tom has entered the International market with exhibitions in Spain and Bogata, Columbia in 2009, which makes perfect sense as his view of the world characterized by “an aura of mystery and spiritual narrative”. Much of his work is draws heavily upon elements from Mexican Indian religious art and retablos, “creating a sense of peril, symbolizing life’s vulnerability”.

Tom’s new work is from the Entropic Kingdom series.
Increasing tensions exist between the animal kingdom and human beings in the attempt to coexist. As man ignores the fragility of the environment, his disregard causes the animal kingdom to undergo subtle negative
changes. Animal population is affected as the regularity of climate patterns are destroyed. Mammals compete for smaller spaces and temperature changes limit fish, bird and insect migration. Using symbolism through the medium of photomontage, I illustrate a world that’s been thrown out of kilter as a result of man’s fulfillment of immediate, self-serving needs. 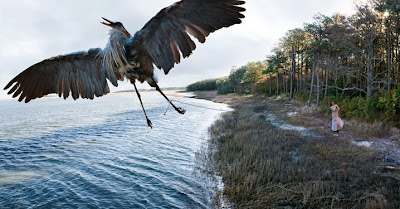 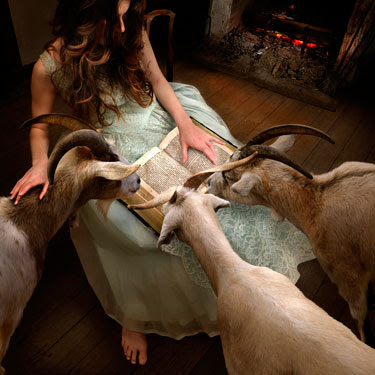 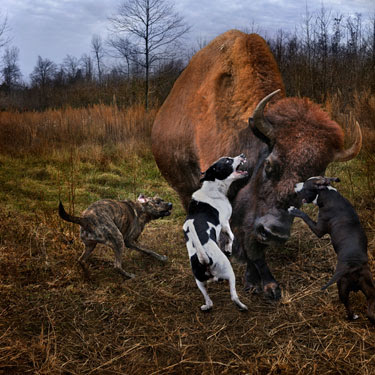 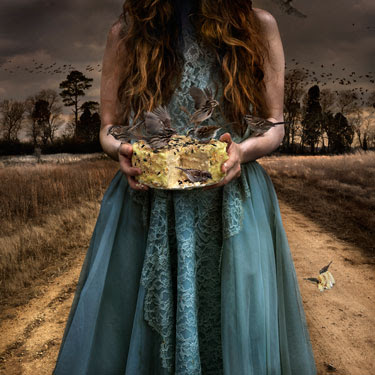 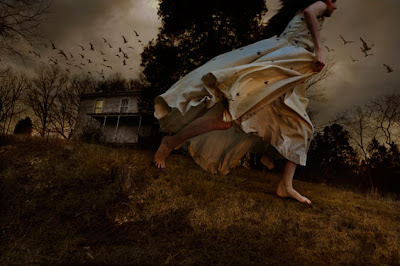