New York photographer, Susan Barnett‘s project, Not in Your Face, is capturing our culture, one t-shirt at a time. What better way to create a vernacular body of work, that addresses our moment in time–our thoughts, our way of dressing, our advertising–than to document the article of clothing that is the great equalizer: the T-shirt. Everyone can afford one, everyone can wear one, and in the last 40 or so years, the t-shirt has been the symbol for protest, youth, expression, the common man. The typology of images that she is creating goes far beyond the portrait…it’s a sociological study, an urban reflection, and a personal statement.

Susan studied at the School of Visual Arts in New York where she learned graphic design with Milton Glaser and Paul Davis. She also worked at the Cloisters, the Medieval branch of the Metropolitan Museum of Art, and at Perls Galleries on Madison Avenue. In 2002, an accident forced her to become a single-sighted photographer. My photography changed noticeably by ironically becoming more open, less confined and I appreciate our ability to see as a sense we can’t take for granted.

Susan’s writes about her project:
Prior to my discovering T-shirts my haunts were the storefronts of the boroughs and neon sightings. This was a solitary pursuit talking occasionally to store owners who question me about what I am doing photographing their store. I’ve found psychics don’t like their store to be photographed at all!

My studio is my eye, my voice, the people who pose for me and the urban streets that are my home. While I have a working studio on Reade Street in Tribeca my days are spent trolling the streets for neon and willing t-shirt wearers. I say politely to them: “May I ask you a question? My name is Susan A. Barnett. I am a photographer and I take pictures of people’s t-shirts…not the front but the back. “Why?” they ask. “Because I am working on a project called “Not In Your Face”. Often the t-shirt wearer’s friends photograph me while I photograph them.

My success rate has been almost 100% but sometimes I am given short shrift. One t-shirt read “A t-shirt can change the world!” I really liked that one but ironically that fellow refused to stop. My materials are 35mm. EKtar and Portra Vivid Color film and my camera is a heavy forty-nine year old Leicaflex SL2. 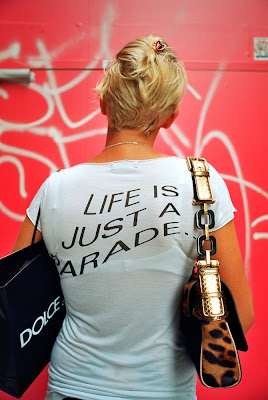 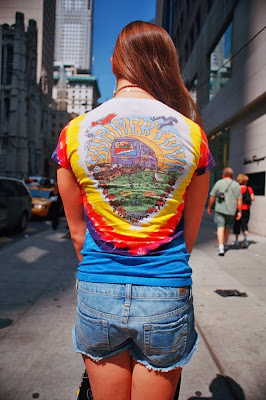 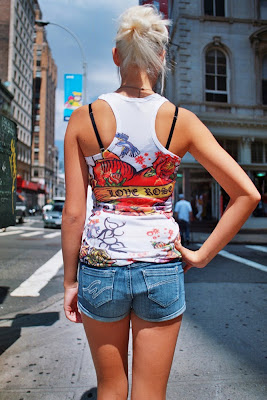 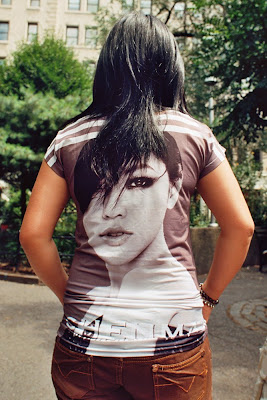 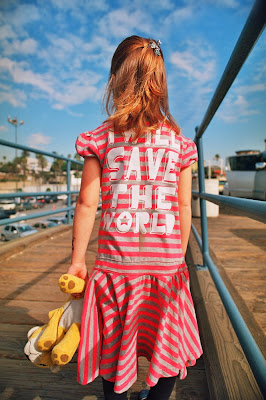 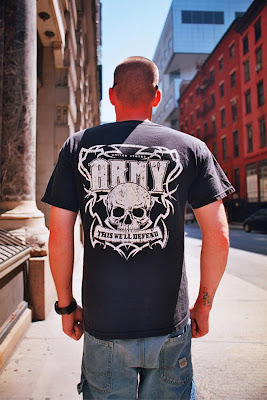 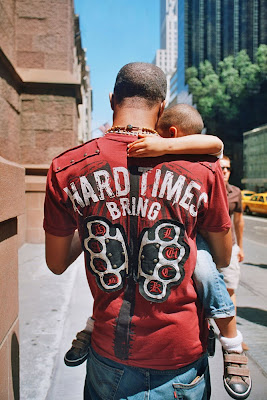 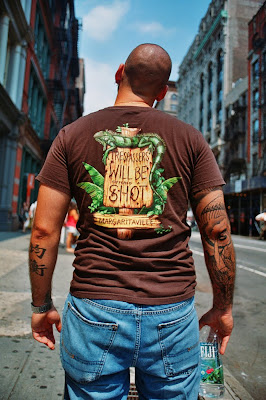 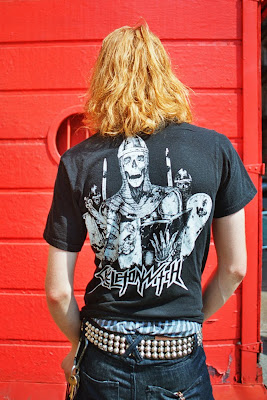 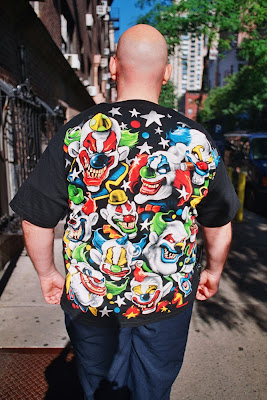 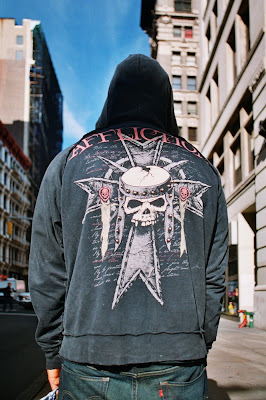 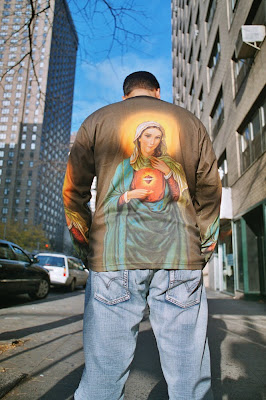