Los Angeles photographer, Patty Lemke, has a wonderful series about the hot air balloon culture which seems a great way to celebrate the idea of summer.  She is a third generation Angeleno, received her BA from UCLA, and continues  to use lo tech plastic and digital cameras to create singular and surrealistic images taken on the road far away from the beaches of Southern California.
Patty has exhibited across the US and is currently working a a project documenting the ruins of live animals parks, in addition to continuing her work on hot air balloons.
The photographs for this series were made at the Hot Air Balloon Festival in Albuquerque New Mexico on two occasions; first in October of 1994 and then in October of 2010. 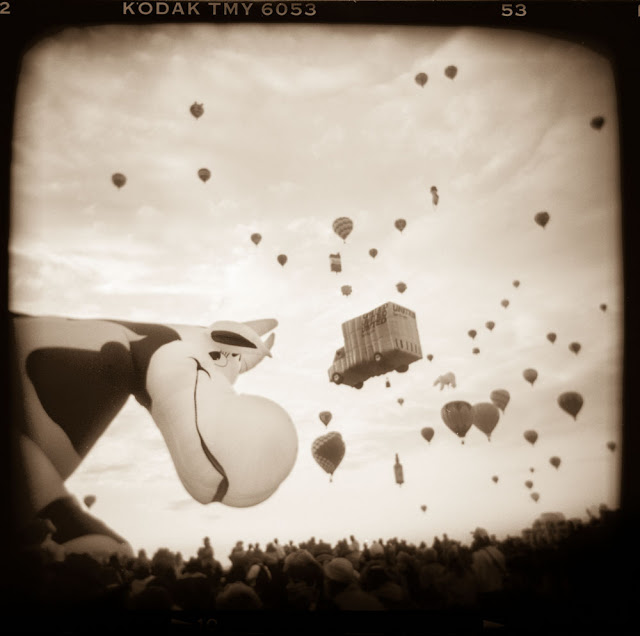 I remember waking up at 4 am that first October in 1994 to the sounds of people, thousands as it turned out, gently moving past our van.  There had been no available hotels and my friend David wanted to be sure we did not miss the morning launch so we parked in front of the entrance late the night before.  Outside the van it was cold and dark. 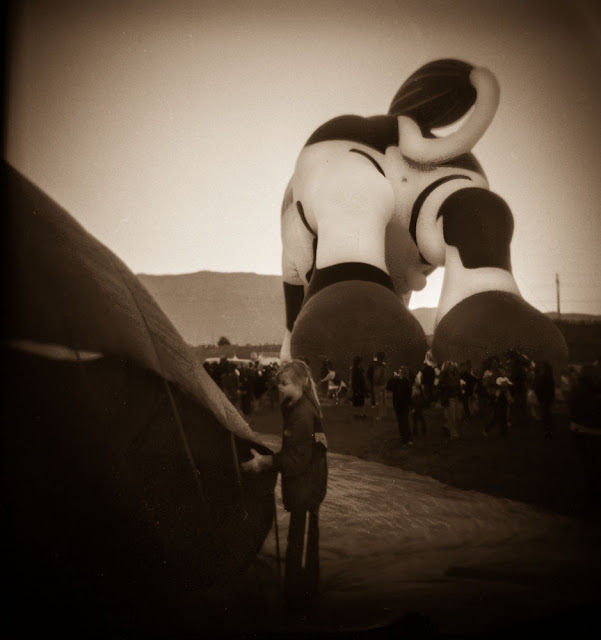 Inside the park, the children were still asleep and the black sky was turning to shade of deep brown and grey.  Flashes started to pop up.  Long patches of tarp took shape; it was Thursday, the day of the odd shape balloons.  Soon multi-story characters were gliding past on their way up before dawn. 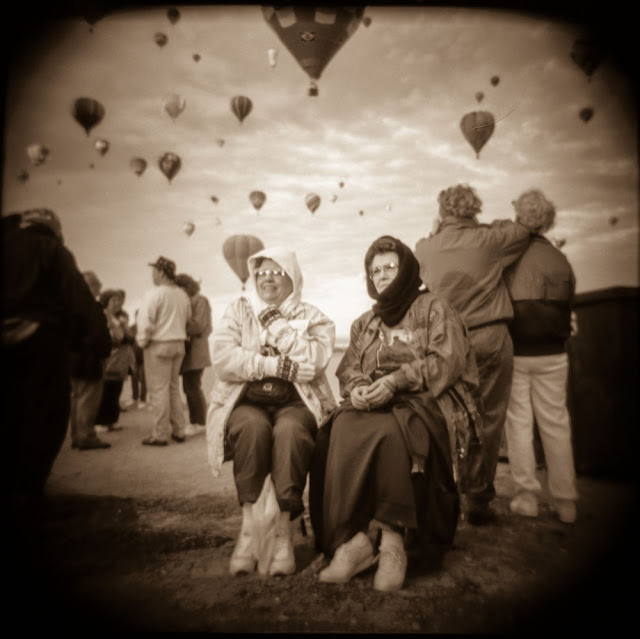 These images made with a Holga camera using black and white film show what that day felt like.  Years later, in 2010, I was finally able to return and once again use the Holga and black and white film.  Many of the earlier balloons were not there that second time through a fair number remained.  New, more animated characters replaced the liquor and cigarette balloons. But the dark deep surreal brown remained. 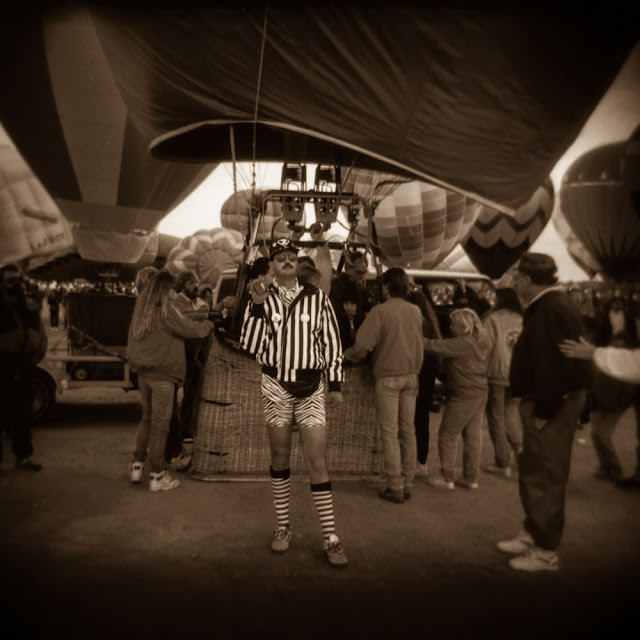 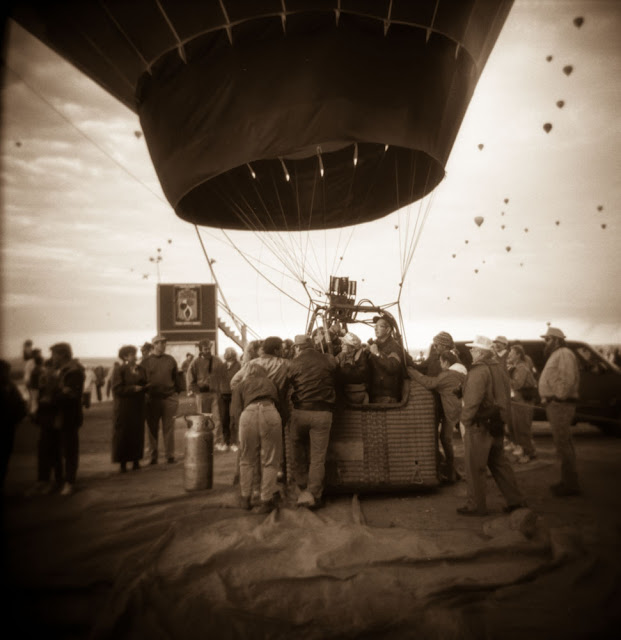 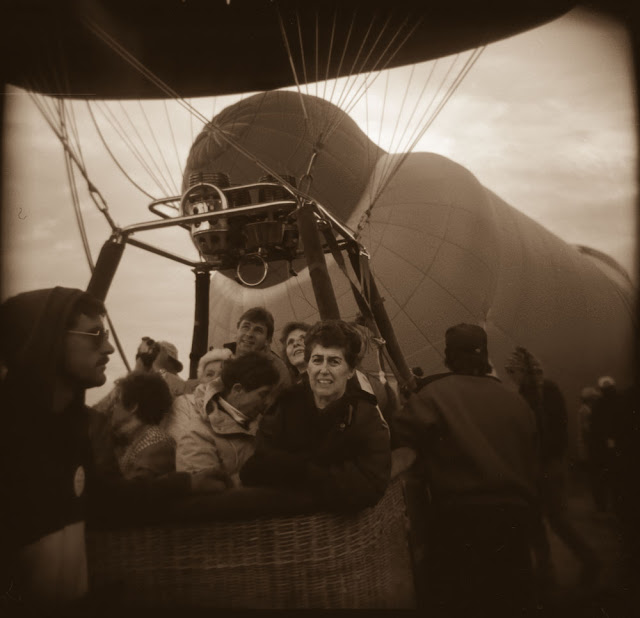 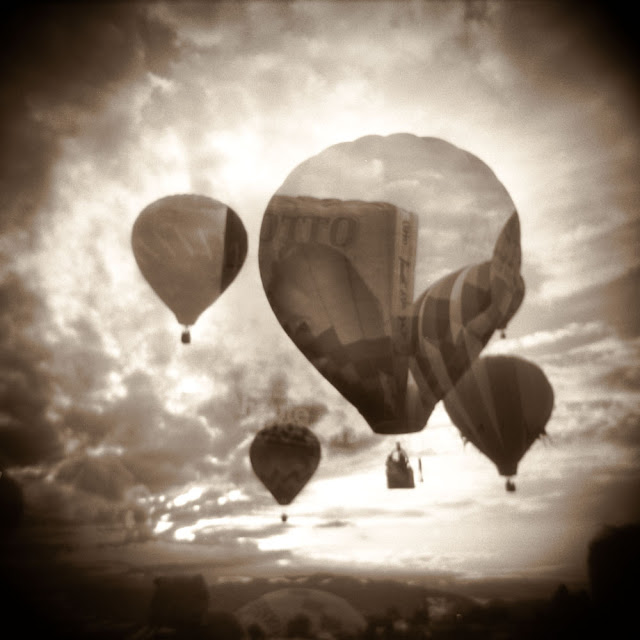 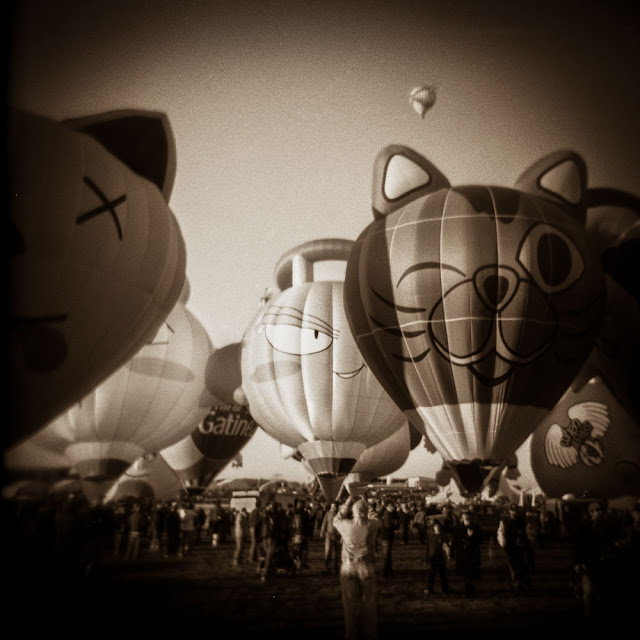 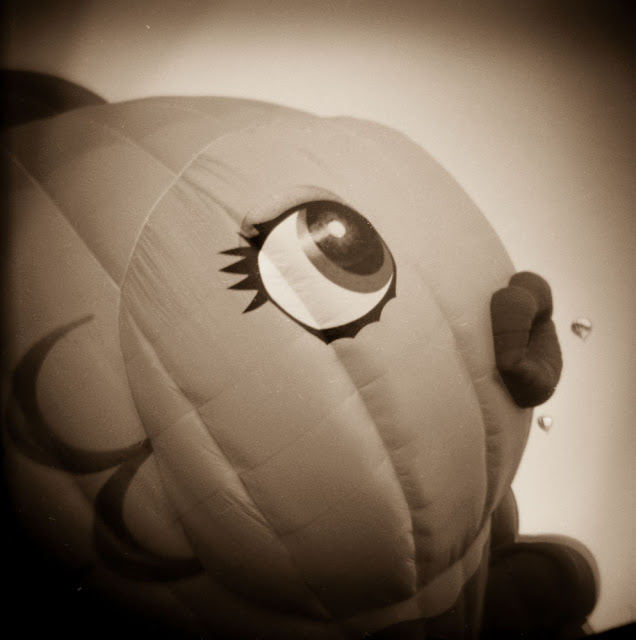 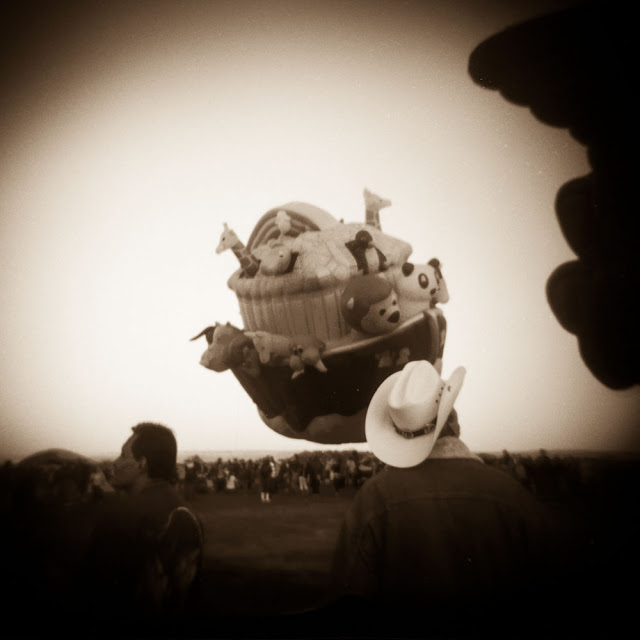