Robert Schlaug lives and works near Nueremberg, Germany.  He has a simple intention with his photography: to raise awareness in times of sensory overload.  Not an easy task, but he uses the idea of how humans intersect architecture, especially architecture that is placed without concern to aesthetic or environment. He considers space and place and how human navigate through it. His website reflects his ability to look at the world, and see phenomenon through typologies and simply by taking the time to recognize our changing landscape.  This grid taken from his website reflects some of his explorations: 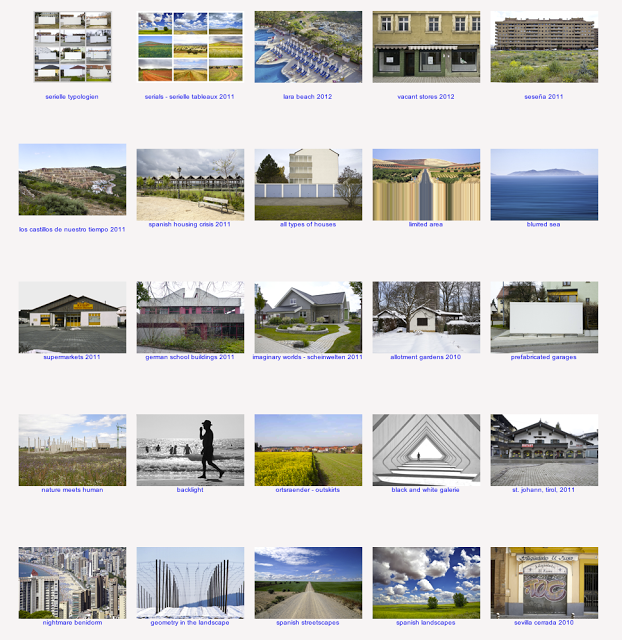 An example of one of his typologies: 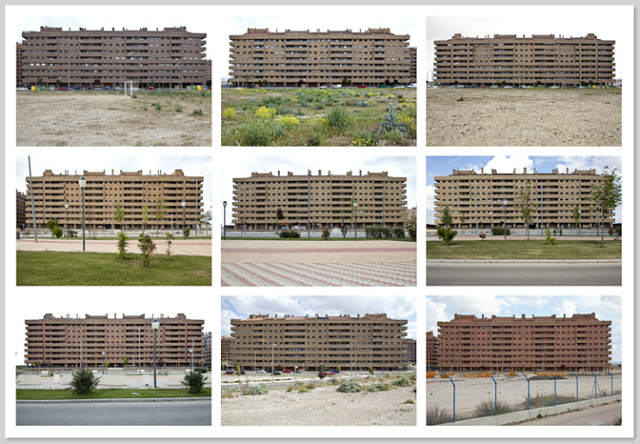 Today I am featuring Robert’s series, Gigantomania and Oversizing: The Wonderland of Kitsch.
Gigantomania and Oversizing: The Wonderland of Kitsch:
On Lara Beach just a few kilometers from Antalya away in Turkey, there are sixteen so-called theme hotels, and it leaves on speechless.  It is believed to be in Las Vegas.  Hotel disguised as the ultratsonic aircraft, Concorde, as an imitation of the Titanic, as the Moscow Kemlin, or as Topkapi Palace, without reference to the environment and the local building tradition,in rank and file on this beautiful stretch of beach on the Turkish Riviera. 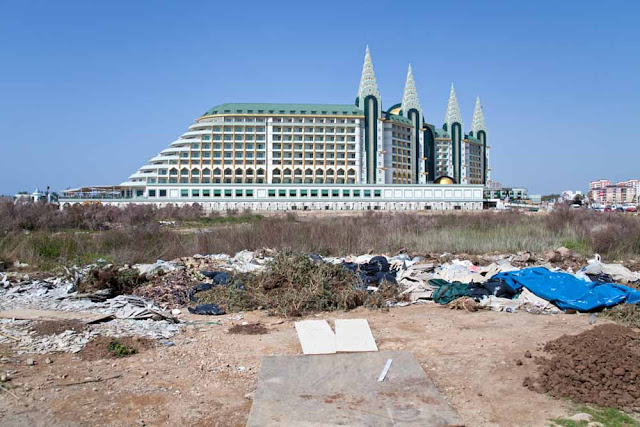 In the middle of them another hotel giant, which has been completed.  Its spire looks like an imitation of the Chrysler Building top in New York,  Nut for this hotel, one tower is not enough.  It must have four identical towers next to one another. 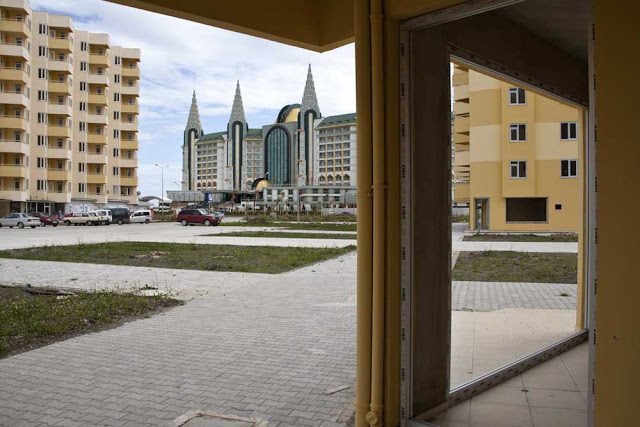 On the whole beach, nothing to see from the charming Turkish Villages, and the Turkish way of life, only the commercial triumph here..  Shopping malls replace traditional bazaars. 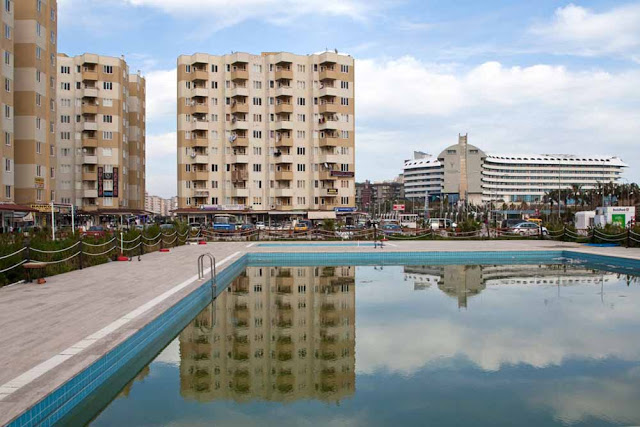 Behind the hotel, just across the street, there are twenty uniform blocks of flats, 18 of them are vacant.  Signs of gigantic bad planning.  Due to the lack of Infrastructure, the homes are standing empty since a few years marked by decay.  Sad scenery in an oversized, artificial world.  An autonomous island of commercialization on the coast of Turkey. 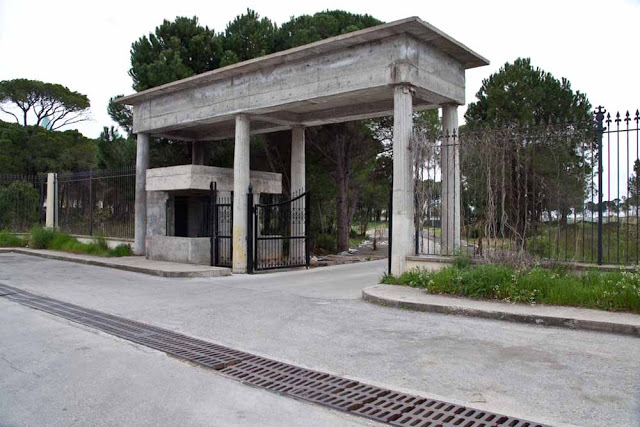 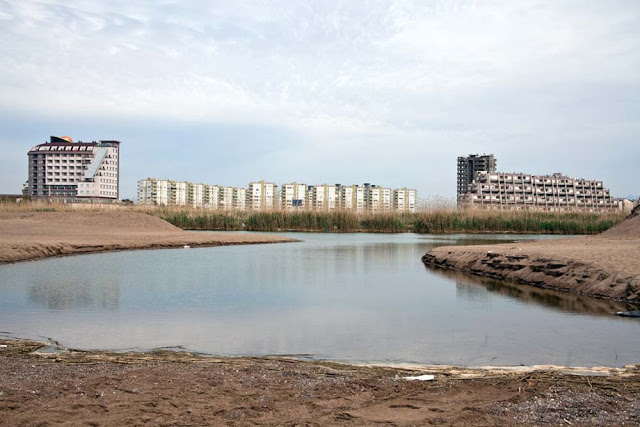 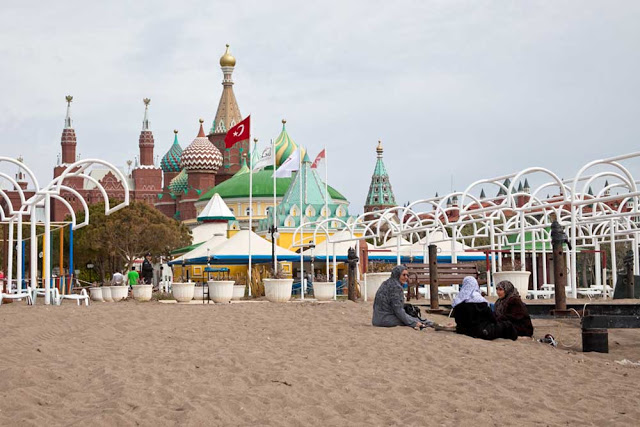 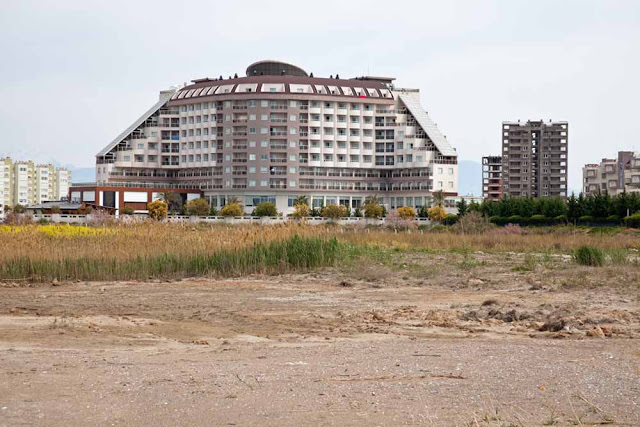 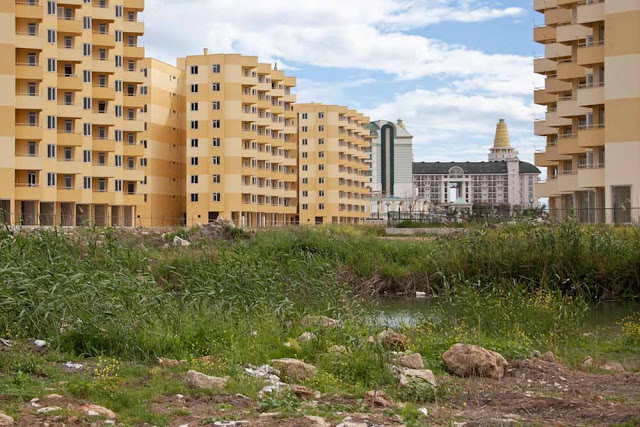 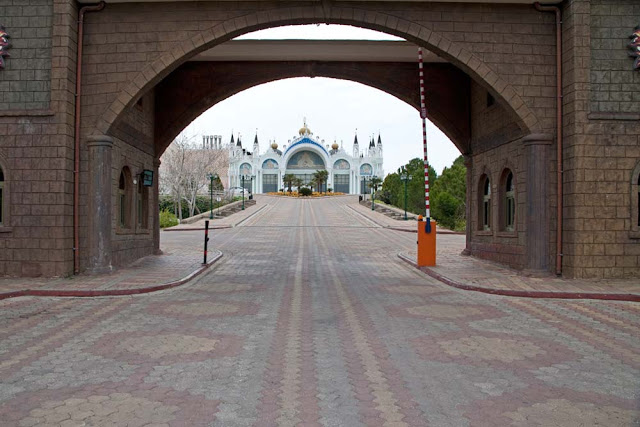 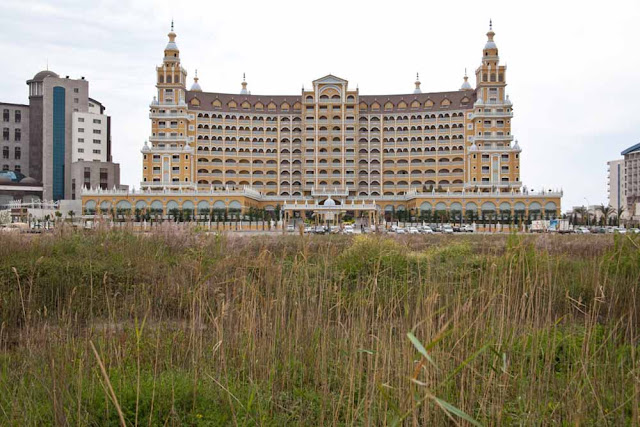 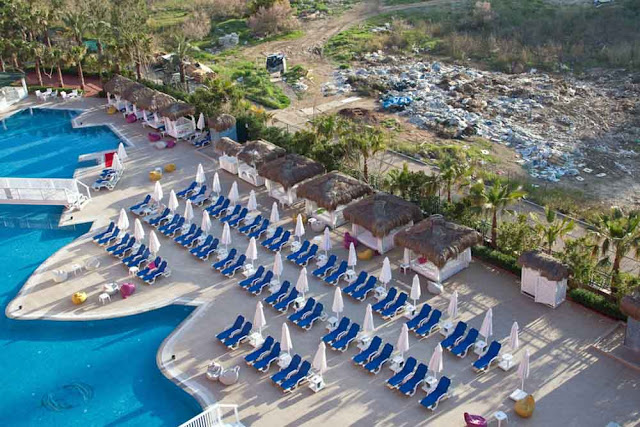 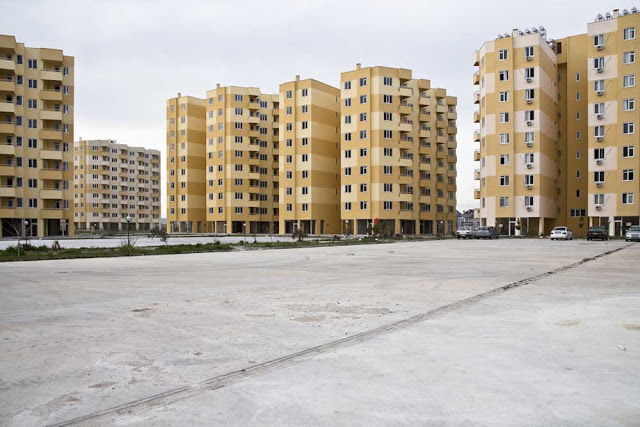 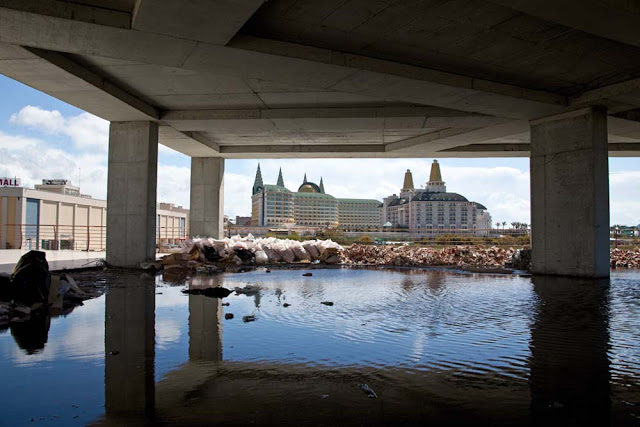 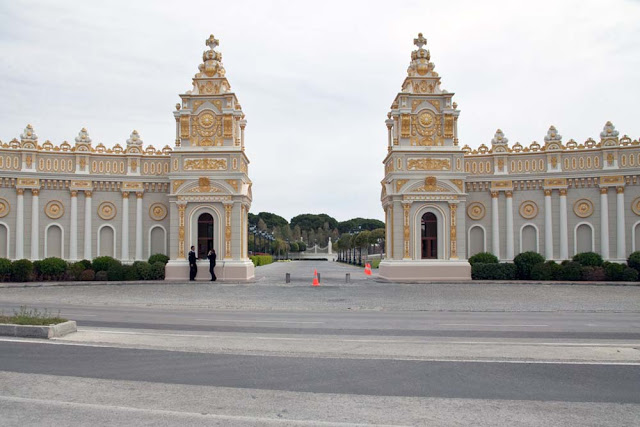 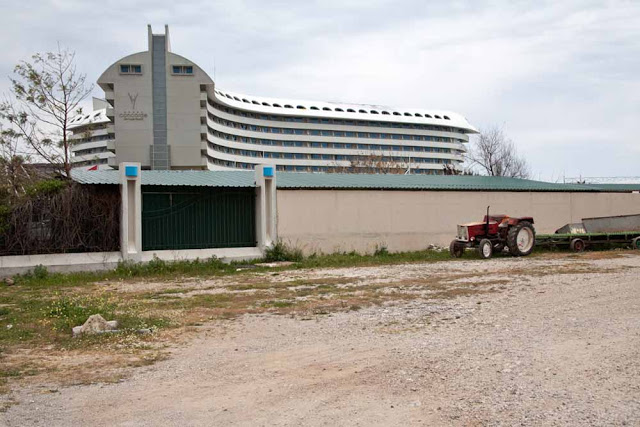