Last week, Los Angeles was all a twitter about the Space Shuttle Endeavor’s final journey from LAX to the California Science Center, a museum that sits on the edge of downtown L.A.  The trip had been planned for months–there were street closures, trees cut down, pathways opened, so that the shuttle could make it’s slow (1 mile per hour) trip across the city, in some places with only a 3 inch clearance.  Photographer Brian Van de Wetering managed to capture the action, arriving on the scene at sunrise and witnessing not only the aircraft, but the desire to document the excitement in a variety of ways. 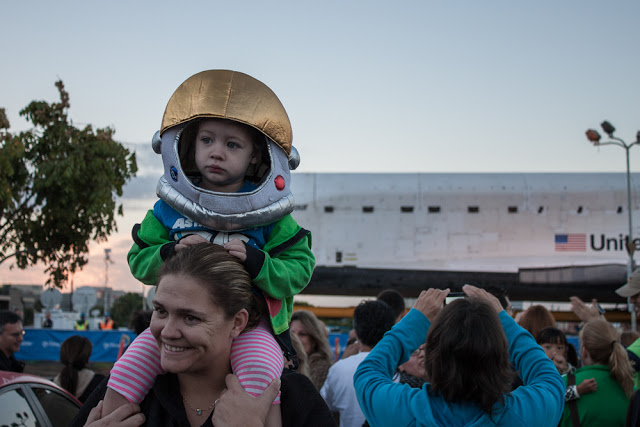 Brian  also included a picture of the Graf Zeppelin taken by his  grandfather at Mines Field (now LAX) in 1929. It is a tiny snapshot that he found in a box of family photographs many years ago after his  grandfather passed away. The second airship in the picture is the Goodyear Blimp. “It seemed to me that there is something of a connection across time between his photograph and those of the people I was photographing even though he doesn’t appear in the photograph himself.” 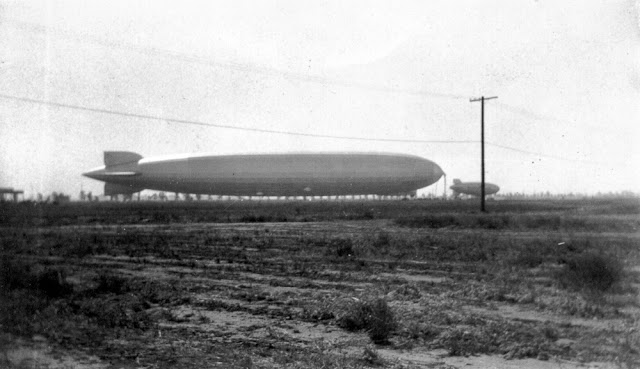 Early on the morning of October 12, 2012, along with hundreds of other people, I went to witness the Space Shuttle Endeavor’s journey through the streets of Los Angeles from LAX to the California Science Center. I wasn’t exactly sure what to expect but, as a photographer, I knew that I couldn’t let this event pass without trying to document it in some way. What struck me even more than the grandeur and size of the shuttle itself was the behavior of the people that came out to witness the event. Everyone had some sort of image capture device. Smart phones, point-and-shoot cameras, iPads, and DSLRs were all represented. But people weren’t just taking pictures of Endeavor, they were taking pictures of themselves, family, and friends with Endeavor as a backdrop. Many people were asking complete strangers to take their photograph. I was so fascinated by this social phenomenon that these moments became the focus of my camera for the rest of the day. 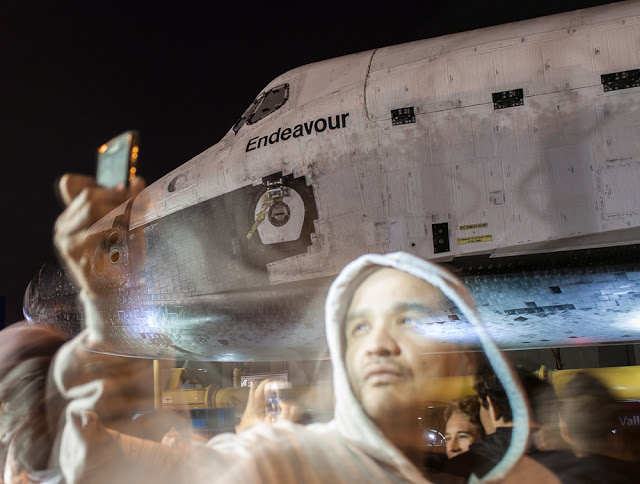 Later as I worked through these images, I was reminded of a tiny snapshot I found in a shoe box among my grandfather’s belongings. It is a picture of the Graf Zeppelin that he had taken when it visited Mines Field (now LAX) in 1929 after the first-ever non-stop flight of any kind across the Pacific Ocean. What connects these pictures is a shared desire to witness a moment in history and to preserve a personal memento of both the event itself and our witnessing of it. What is different is our ability to immediately publish that memento and share it with the world and our circle of friends through the Internet. But will these digital photos survive to be found in some virtual shoe box by our grandchildren and great-grandchildren? 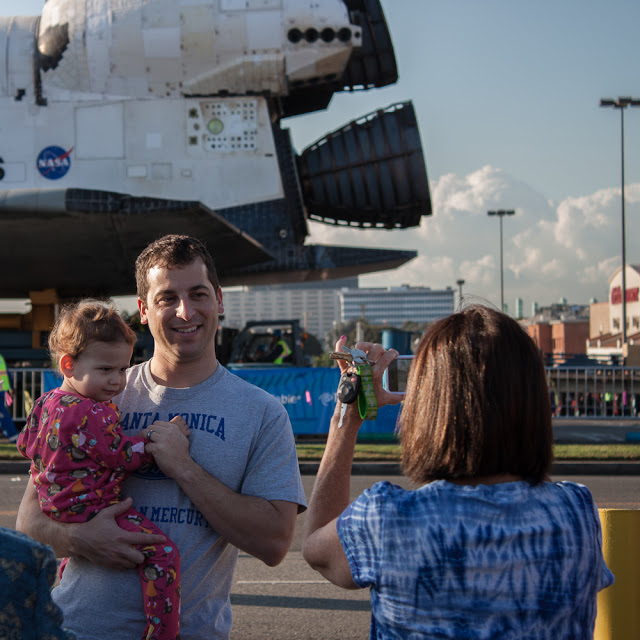 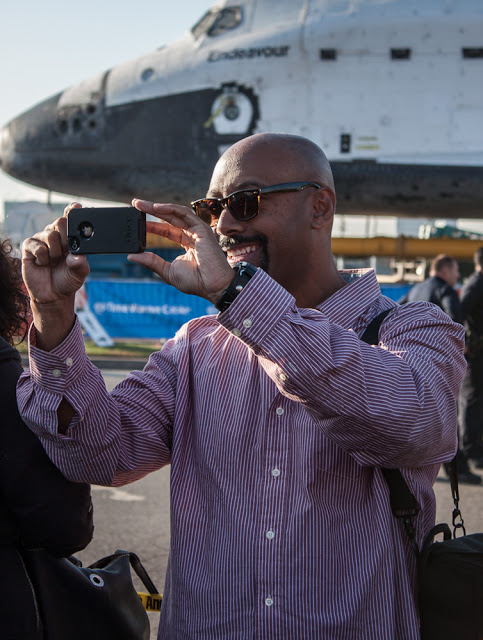 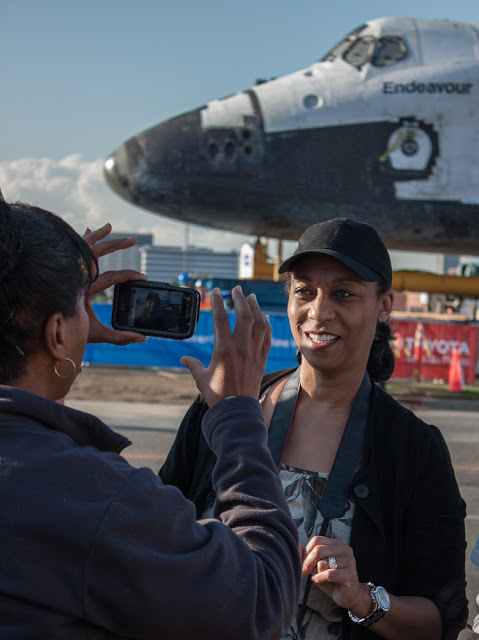 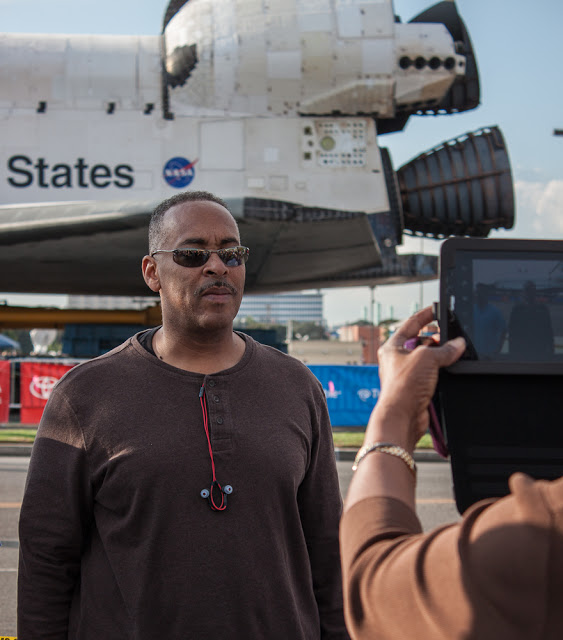 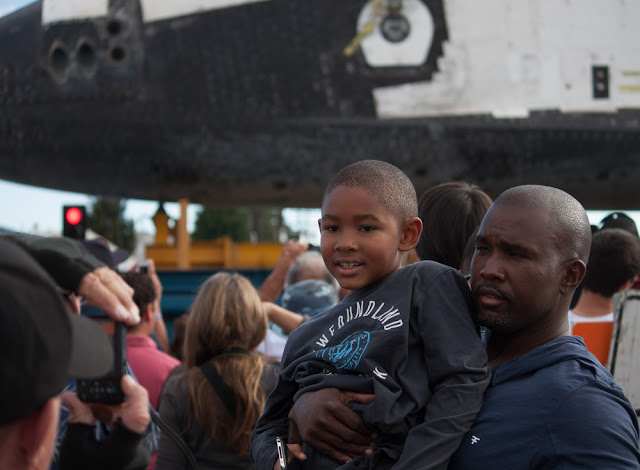 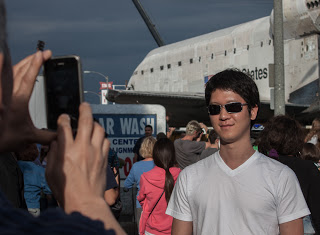 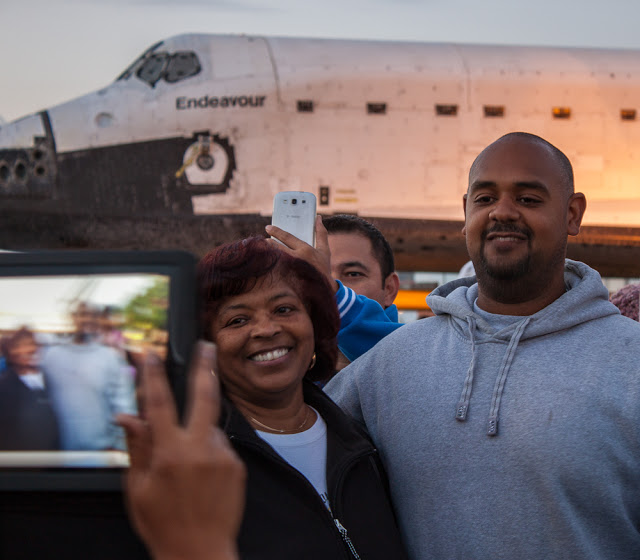 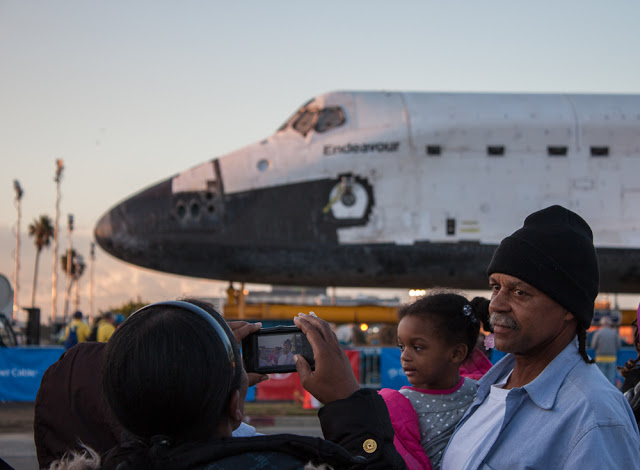 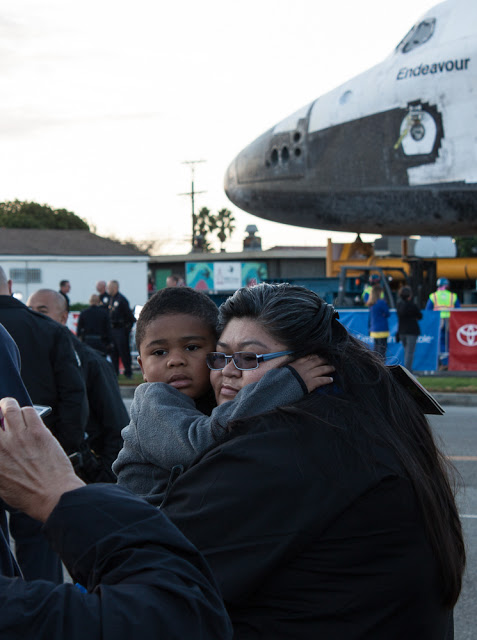 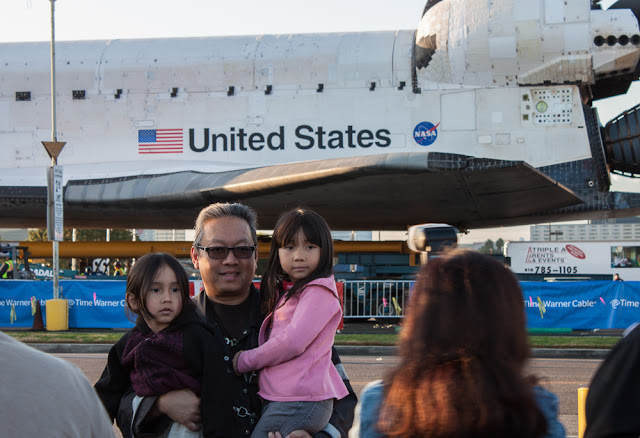 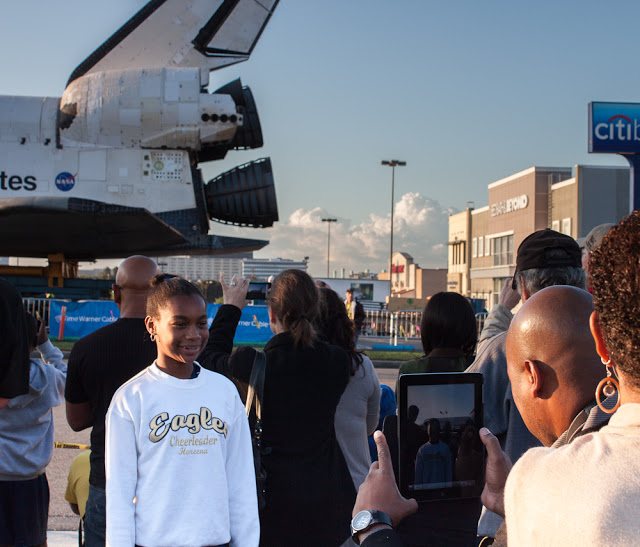 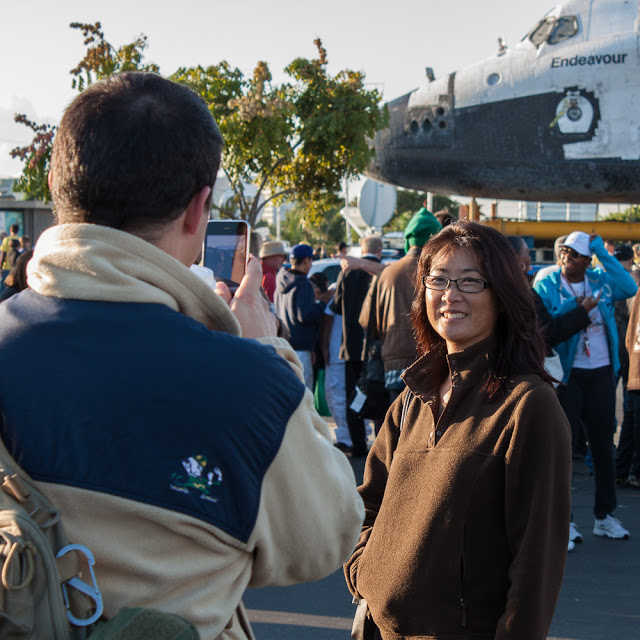 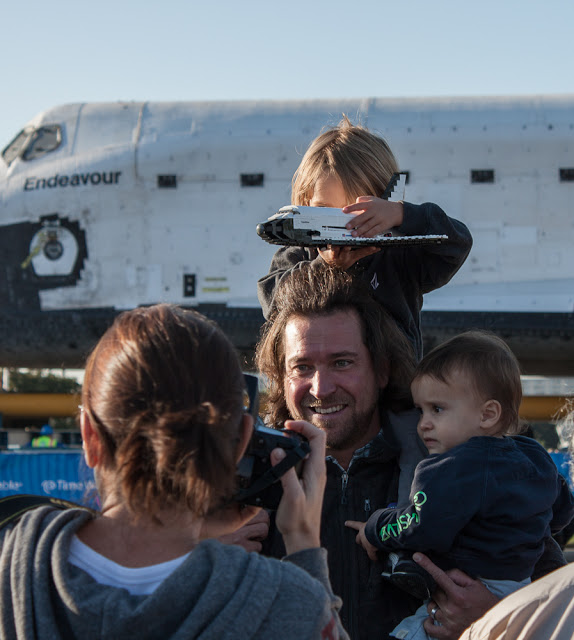