On October 26th, The Kiernan Gallery will host an evening for photographer, Matt Licari in his studio in Richmond, Virginia. Earlier this year, Matt unfortunately lost nearly all of his photography equipment in a robbery, so The Kiernan Gallery Presents: Matt Licari will be part fundraiser, part salon, as Matt’s studio transforms into an alternative gallery space to display his work. I am featuring one of his series, Ride, about the experience of day to day travel on the NYC subway system.
Matt  received his BFA in photography from the School of Art + Design at SUNY Purchase in New York. Inspired by street photography, his work explores urban, suburban, and rural subjects. The work – primarily in large format – has been exhibited widely, including Sasha Wolf Gallery, Kris Graves Projects, and The Neuberger Museum of Art. Licari has worked for the Guggenheim Museum and the Richard Avedon Foundation, and currently serves as the Programs Chair of ASMP. He currently lives, works and travels between Richmond, Virginia and New York City.
Ride is a series of images I have made in the New York City subway system. I’m a native New Yorker and have ridden the train since I was young, so the images didn’t start as an attempt to create a series, they were simply made in transit as I rode from place to place. I’m particularly fond of the el (elevated) lines due to the unique cityscapes they offer and the flickering, dappled light that the interior of the car receives. I also love the crowded midtown trains, where you often find every type of person in the same space. 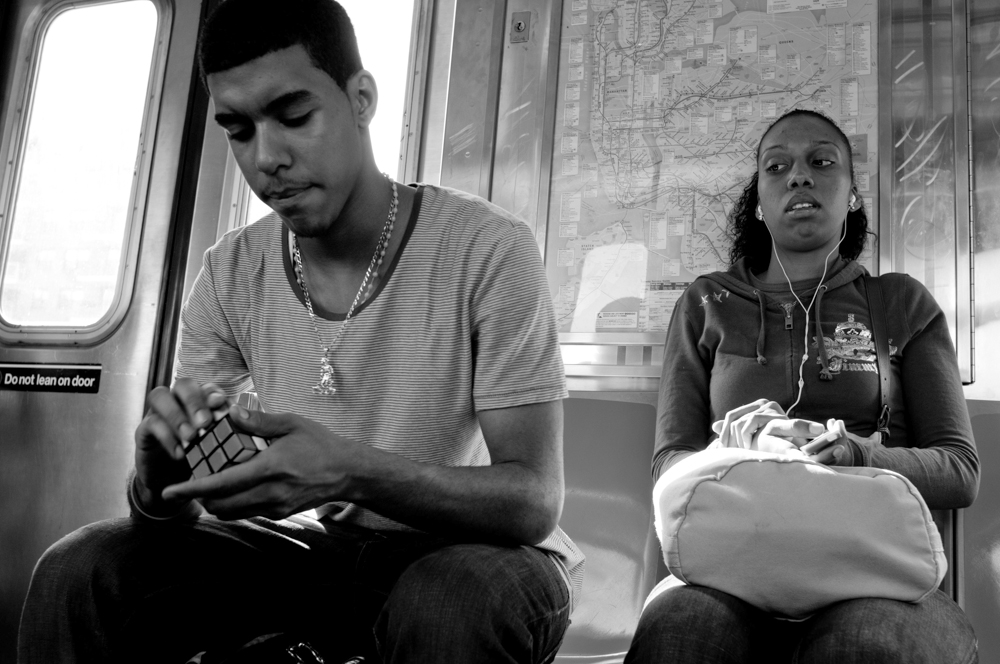 And of course, the elements provide another dimension to the rail system, which rarely seems to shut down even in inclement weather. It is not a conceptual series in the least – it is rather visceral – it is a place where people cram into a small space for a short time, and for the most part, deal with it quite gracefully. And then there are the people who don’t act so gracefully or ordinarily, which becomes a spectacle and sometimes a fun diversion for the rest of the travelers. The images are, in essence, about the experience of riding the train and seeing the city and it’s people through in that context. All images were made between 2008 and 2012 and are Untitled (Ride), year created. 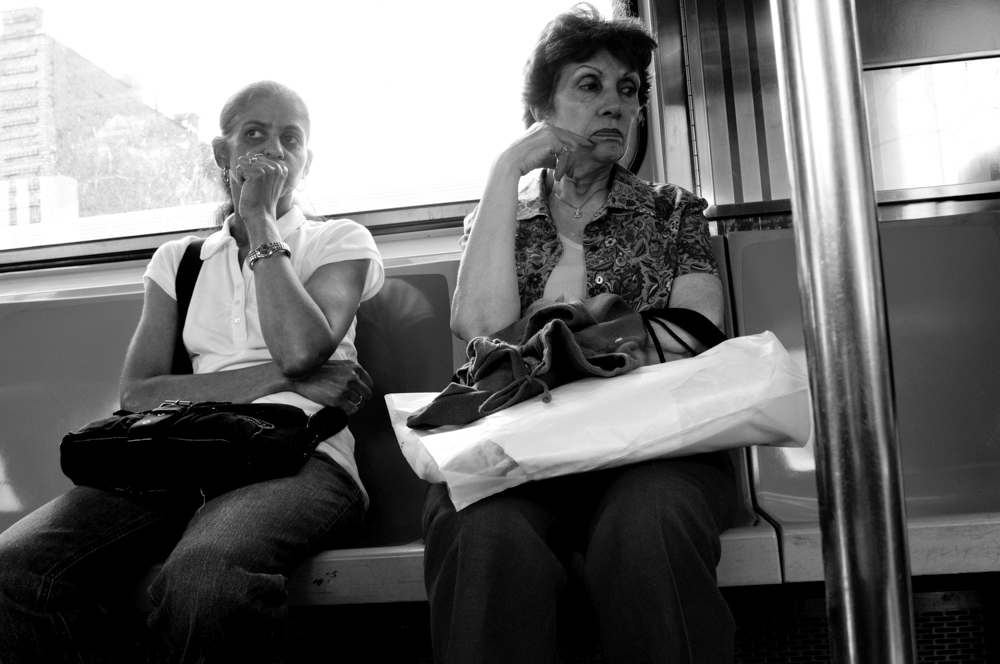 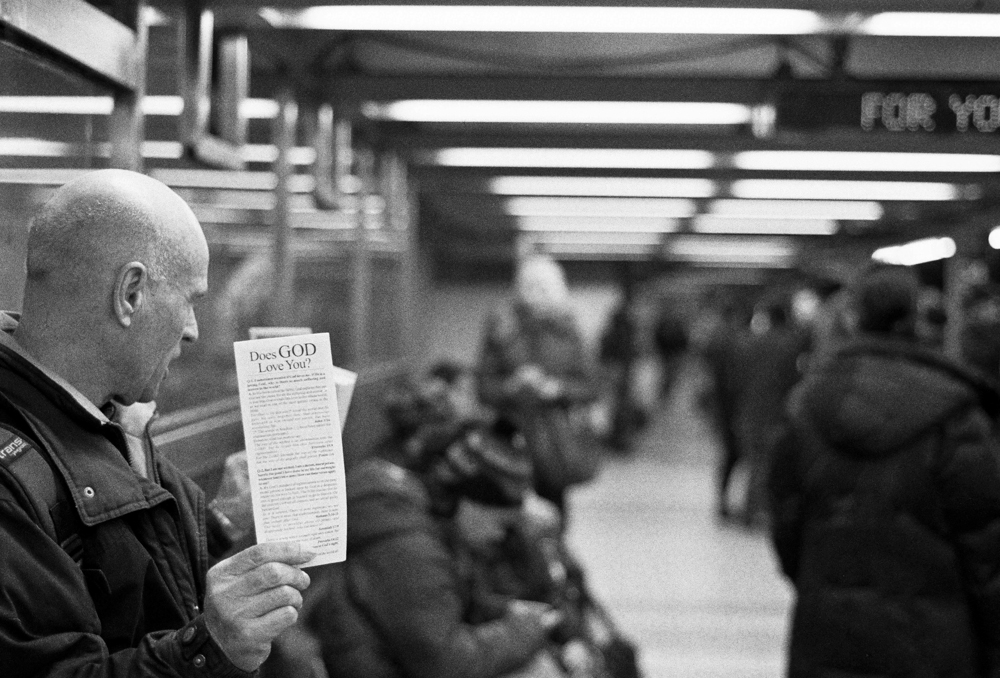 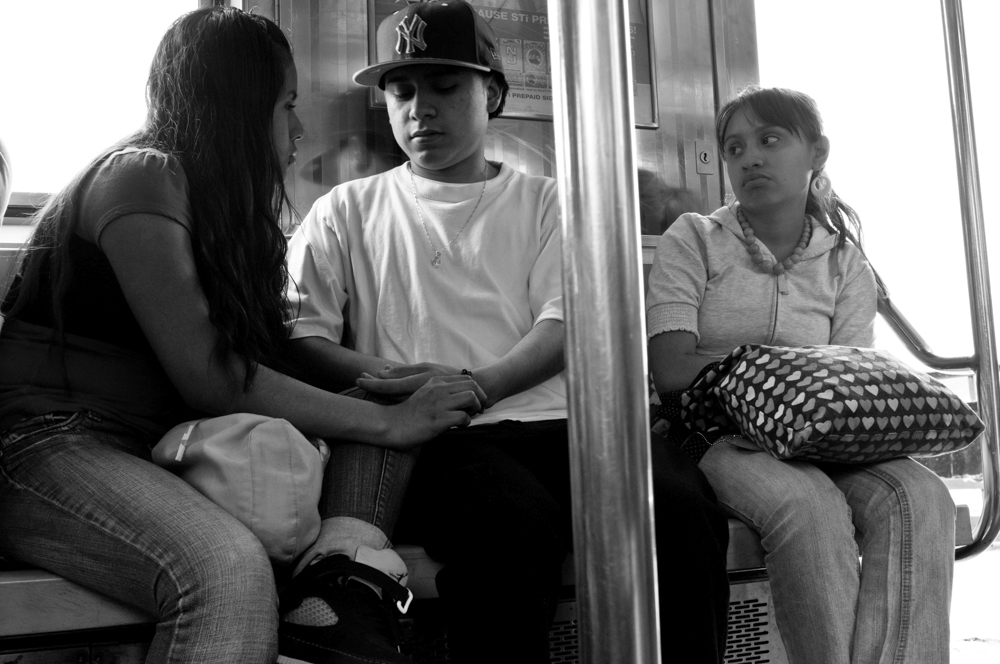 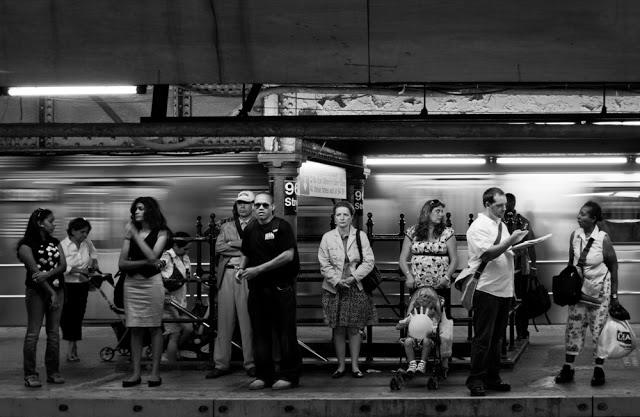 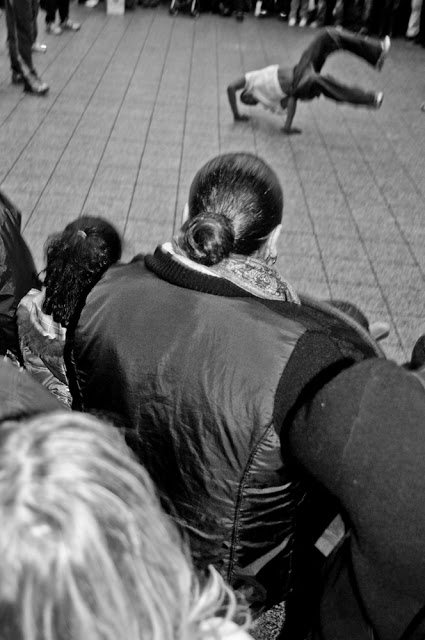 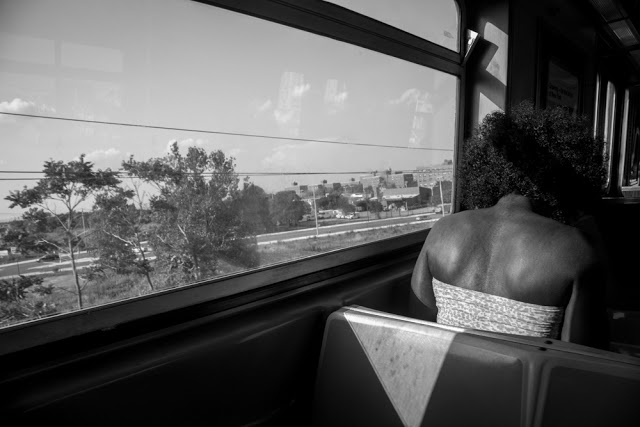 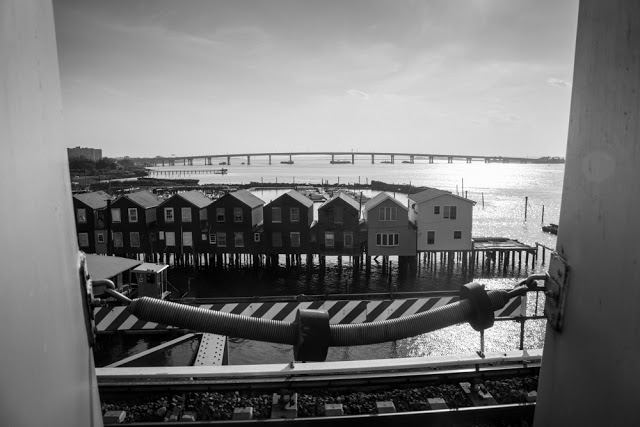 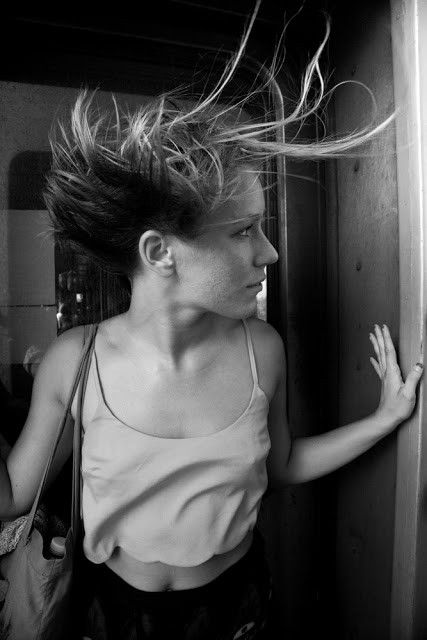 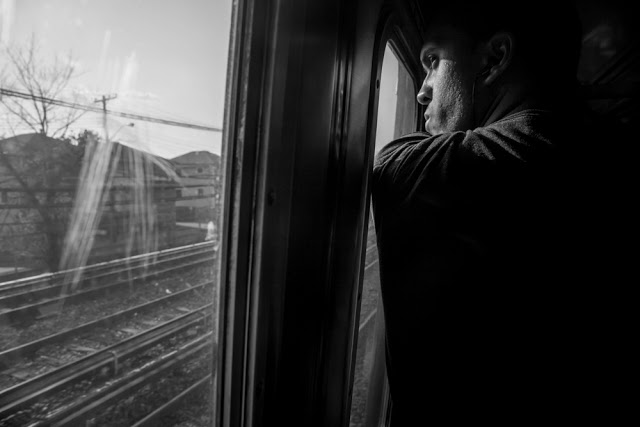 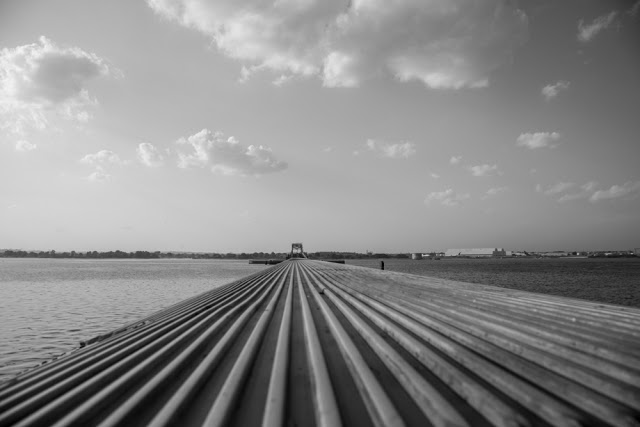 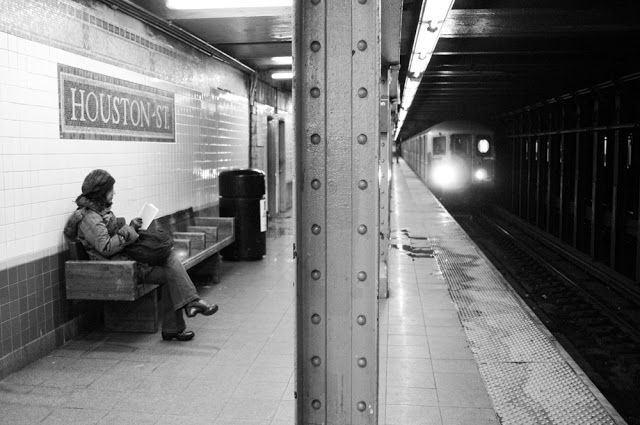 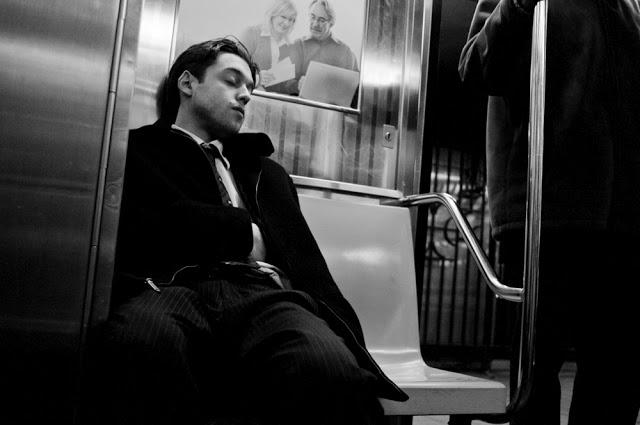 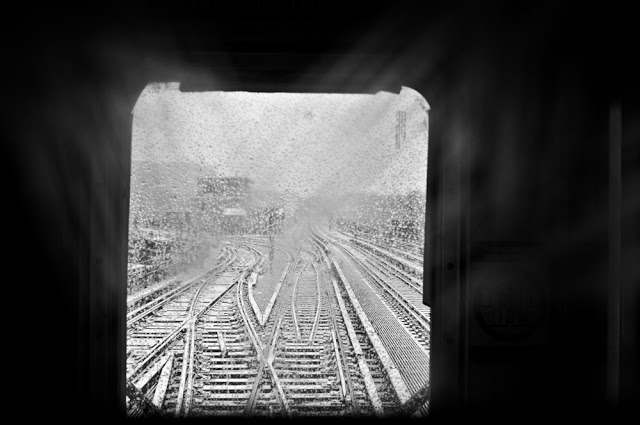 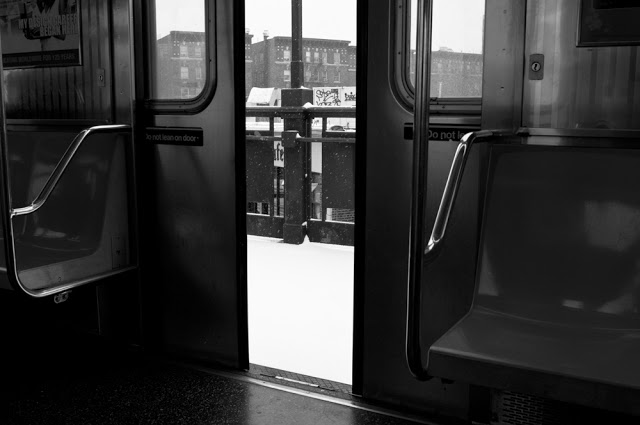