Several weeks ago, I had the great pleasure of attending the inaugural year of the Medium Festival of Photography in San Diego, CA, conceived by the very capable Scott B. Davis.  It was a three day event kicked off by a keynote lecture by Alec Soth, and continued on with workshops, artist lectures and portfolio reviews.  Most importantly, it was an opportunity to connect with a wonderful community of photographers.  Over the next week (and into the next), I will be featuring a few of the photographers who attended the festival.
Claire A. Warden, a photo-based artist working in Los Angeles, California, brought a terrific project about preserving the natural world, titled Salt: Studies in Preservation and Manipulation. The project includes methodically captured images of plant life preserved in salt, but when exhibited, also includes some of that flora and fauna under bell jars and on the wall.  The fragile quality of the salt is reminiscent of snow and only adds to the delicate nature of the object and the approach to her image making. The images are timeless and exquisite.
Claire received her BFA in Photography and BA in Art History from Arizona State University where she worked along side Guggenheim fellow Mark Klett and former Eastman House curator, Bill Jenkins. She now works in Los Angeles as a fine art photographer and photographing and working at the Getty Research Institute. Claire’s work is in personal collections and has been displayed in galleries nationally and internationally, including Rayko Photo Center in San Francisco, CA, the Center for Fine Art Photography in Fort Collins, CO and the Center for Photography at Madison, WI with upcoming shows at Soho Photo in New York, NY and Agripas 12 Gallery in Jerusalem, Israel. Her SALT series has earned her the Ted Decker Catalyst Artist Grant.

Salt: Studies in Preservation and Manipulation: Despite the best efforts of science, authentic preservation of living matter is an impossible act. It is an ideal that stands in tension with the transient ephemerality that qualifies life. And yet – or perhaps because of it – this tension makes the humble ambitions of the botanical sciences intriguing. In order to preserve and document specimens for future study, scientists must ‘fix’ the organic complexity of the botanical specimen through human intervention.

It is a process that, ultimately, restructures the essence of the specimen. In this way, botanical life can only endure as a specimen in a liminal state, the extended occupation of a pause between natural growth and decomposition. It is in this otherwise invisible moment, one reachable only through the intervention of the preservative act, that I find a deep and uncanny beauty. 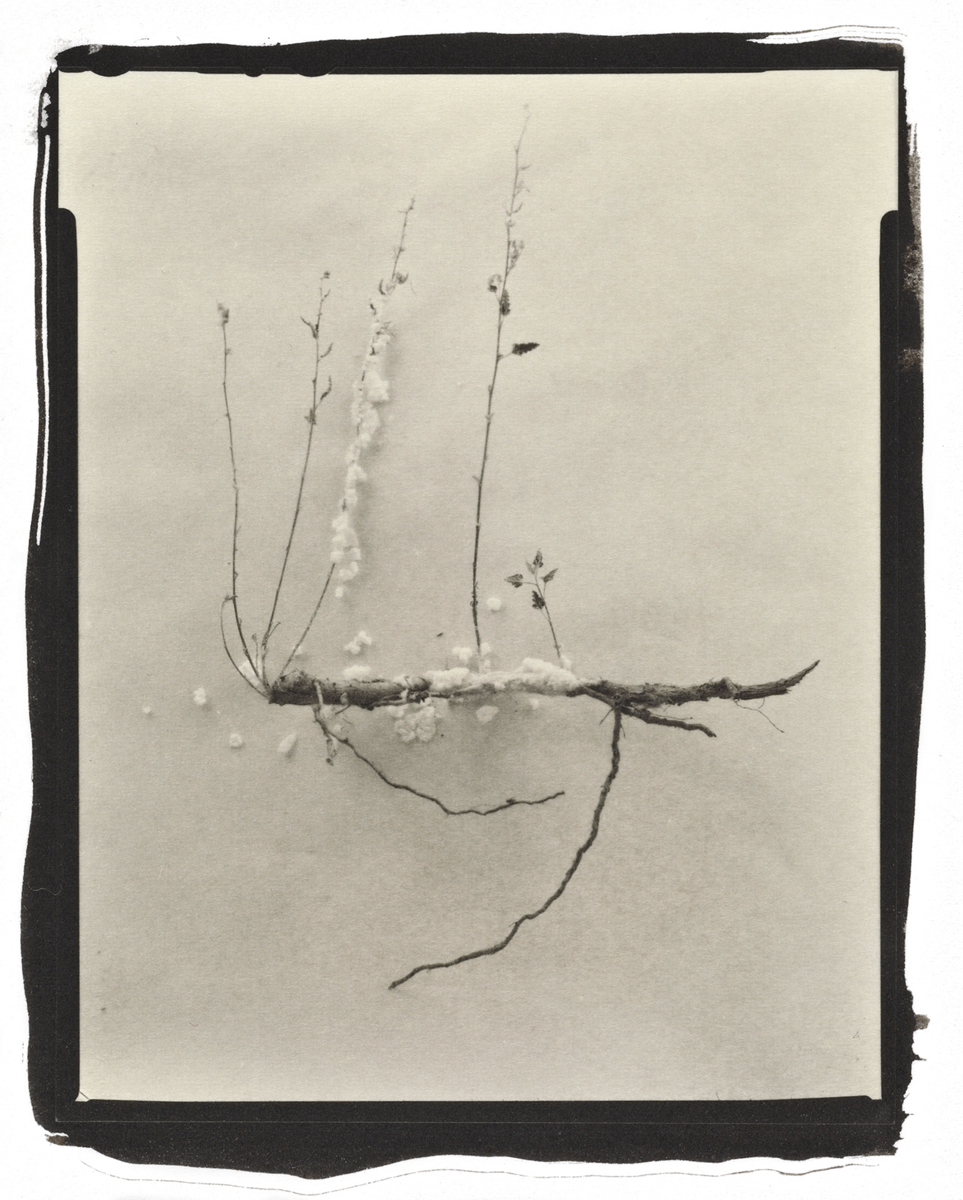 I emphasize the manipulation that manifests from preservation through the use of salt. This paradoxical mineral, that is necessary to sustain life—yet, if the delicate balance is outweighed, can extinguish it—reflects the structure of a preserved specimen and acts to preserve it. I submerge each living plant in a bath of salt water and allow the salt to crystallize on and within the living form. 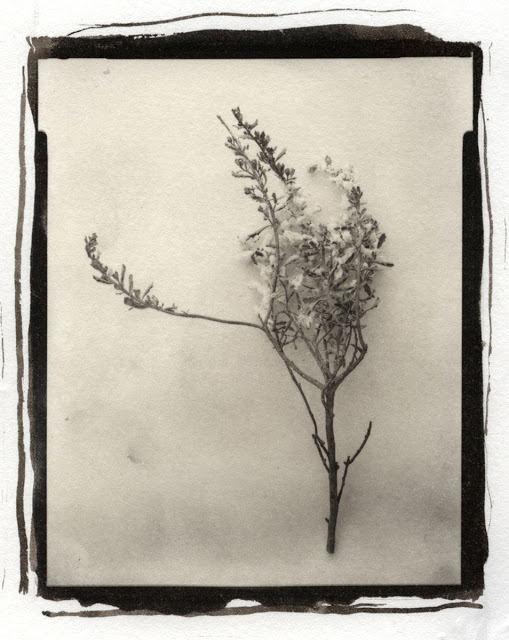 Inspired by the intentions of botanical illustrations as a method to understand and control one’s environment, I seek to impress the human urge to order nature and in the process fundamentally change it. Using the platinum-palladium photographic process for its chemical stability and long-lasting image, these direct contact prints complicate the ideal of preservation, albeit, at the expense of the most authentic act of living matter, decay. 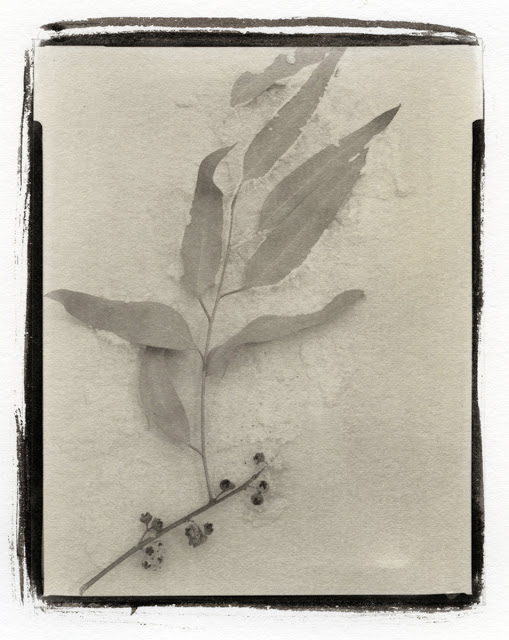 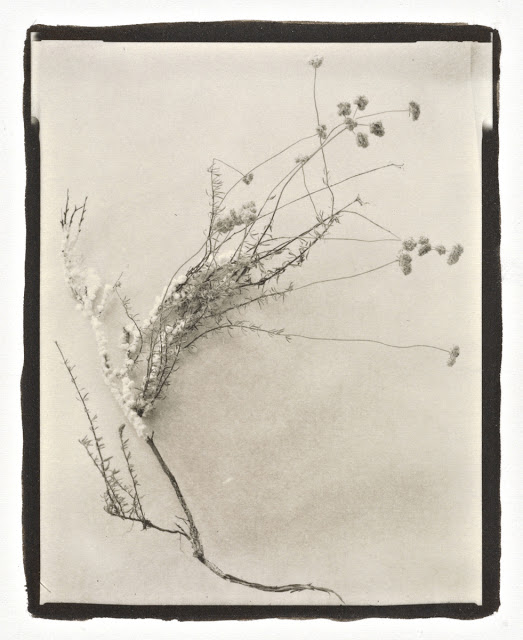 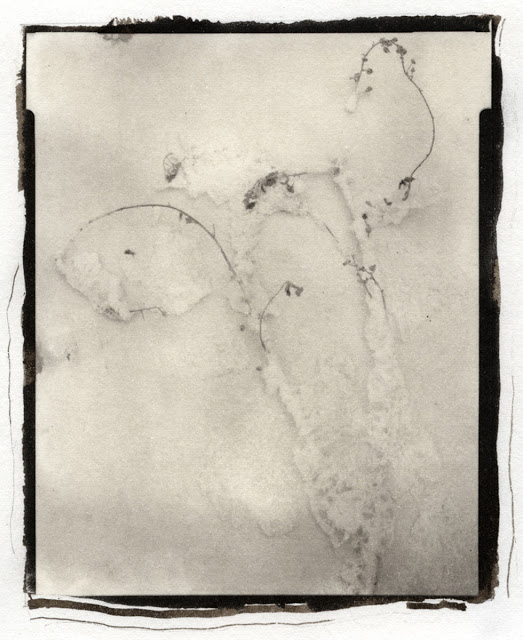 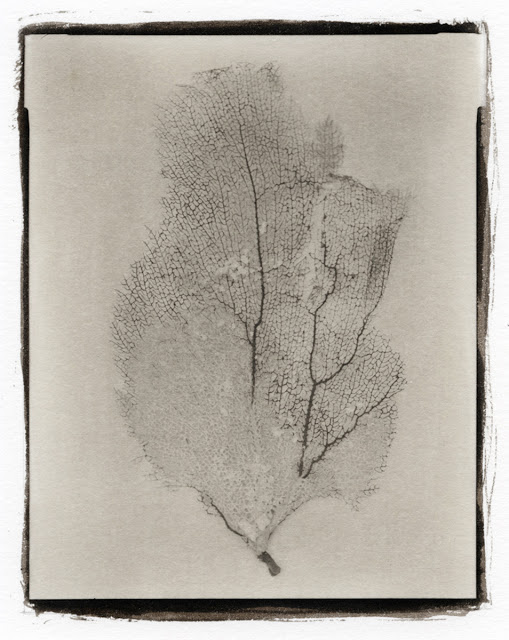 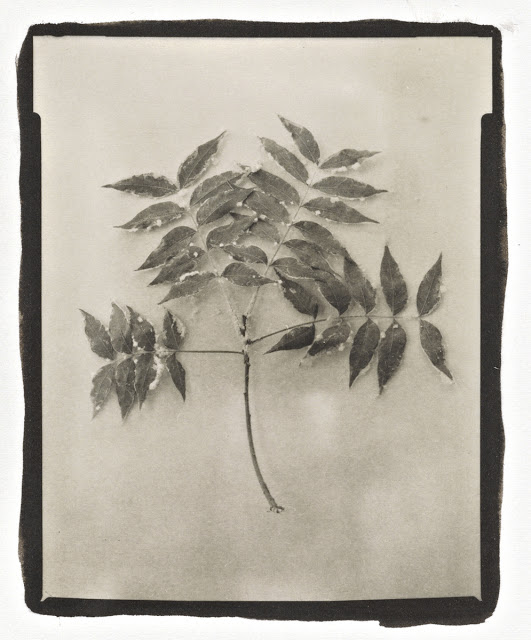 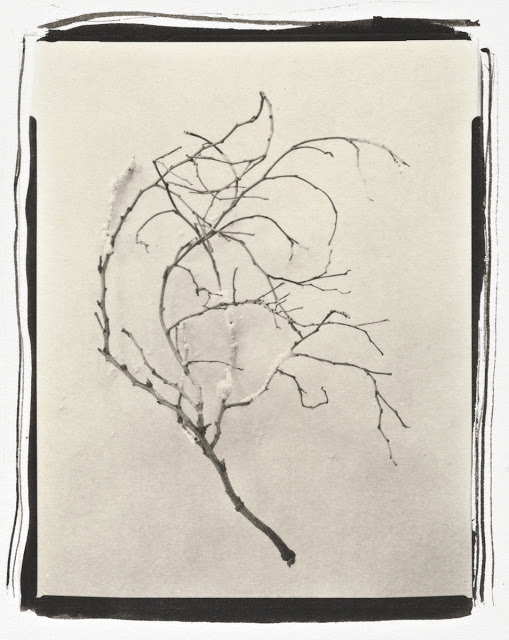 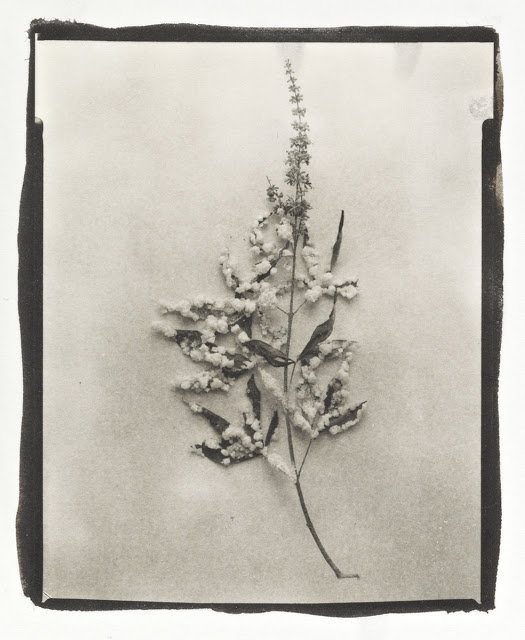 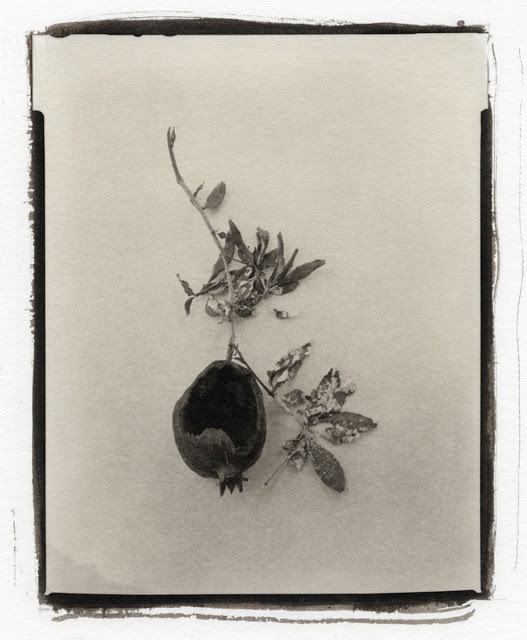 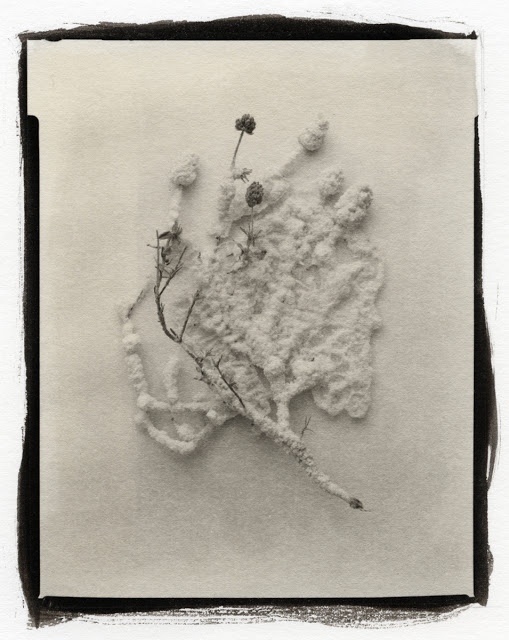 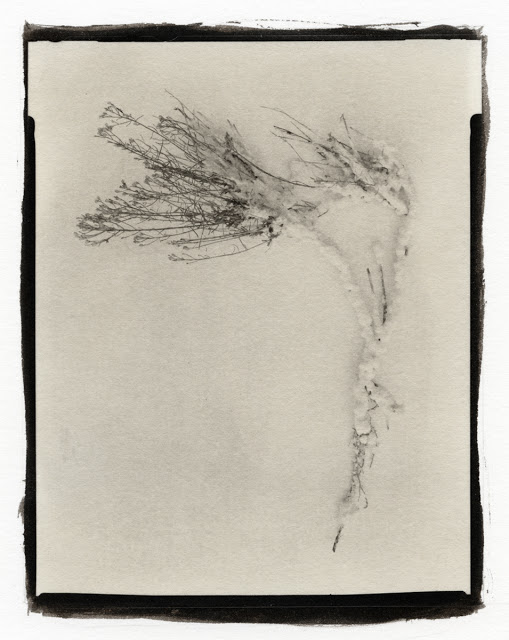 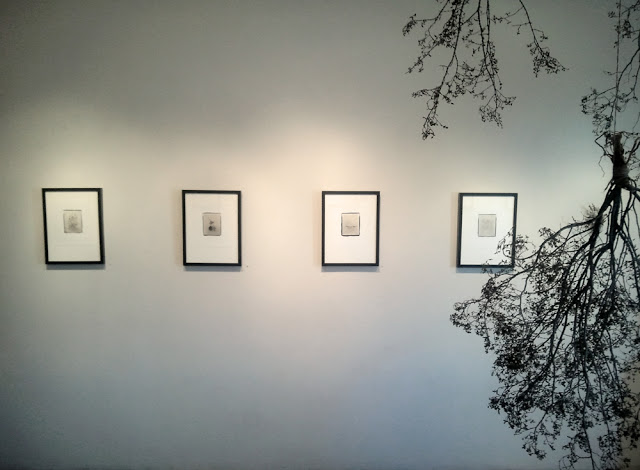 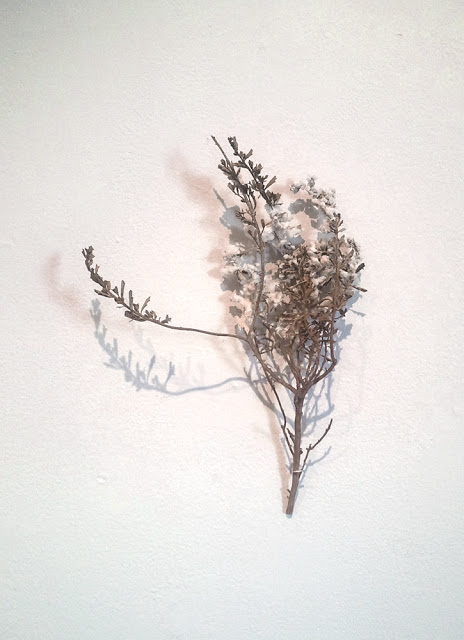