Tom Wik, a Minneapolis photographer, has spent much of his photographic career recording his native city’s neighborhoods. As an outgrowth of that sensitivity to home and place, Tom has created a wonderful typology of houses that are less than welcoming. This humorous and insightful series received a top 50 nod in Critical Mass.

Tom studied photography at the University of Minnesota, and has exhibited his work nationally. The recipient of a McKnight Fellowship in 2007, and Artist Initiative Grants from the Minnesota State Arts Board in 2005 and 2011, he also works as a building contractor. 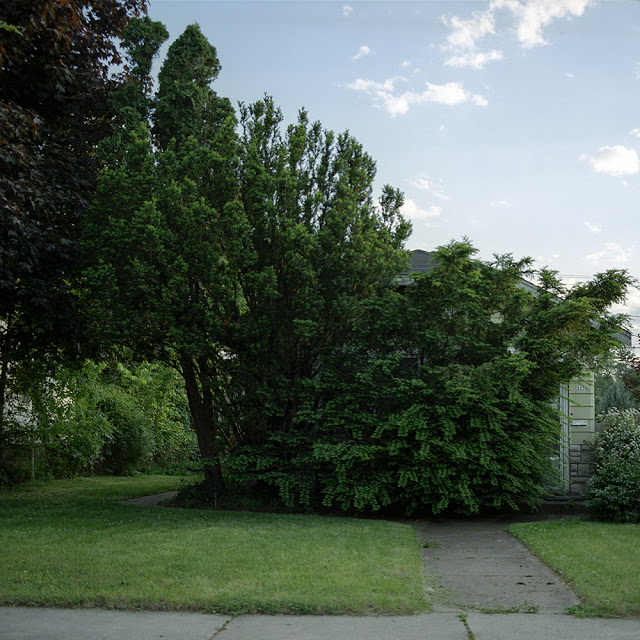 The marks of individuality found in the details of people’s houses suggest a complicated wealth of experience just behind the facades. It’s the comically and beautifully “off” – the sometimes awkward but often subtle expressions of the facade – that reveal a house’s character. I’m drawn to houses that haven’t had the chance to bring in a stylist before the shoot – houses where the fantasy of Home Sweet Home is fraying at the edges. The scars of the struggle to keep up appearances are plainly visible and so are the attempts to hide them. 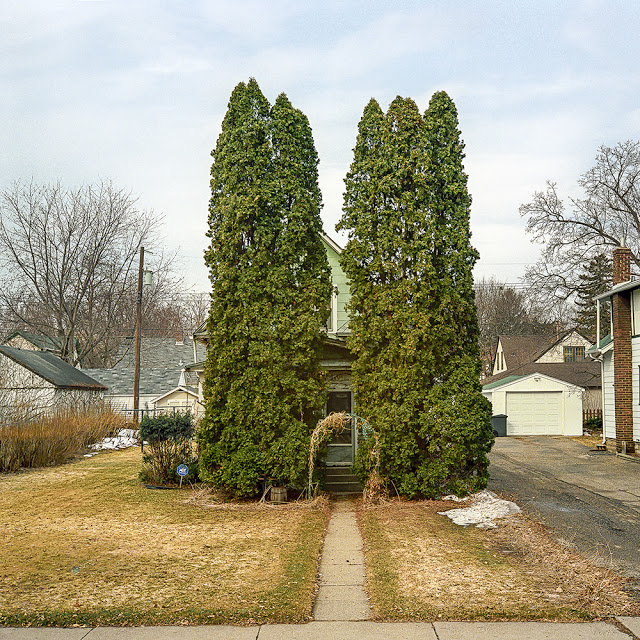 Sometimes the owners’ personalities are evident, other times there’s no hint of what might be going on behind the walls. I love houses that say “Don’t bother ‘friending’ me” . . . where people have put up barriers, planted shrubs . . . anything to screen and isolate the house from the street, homes that hide the answer to “Is anyone home?” I usually shoot these houses head-on because I think it gives them a certain dignity. I like the view from the curb. Initially it’s a structure that attracts me. James Agee and Walker Evans saw that the structures we inhabit are not merely physically necessary but crucial to us spiritually. I’m drawn to these houses. I’m curious about what goes on in them. 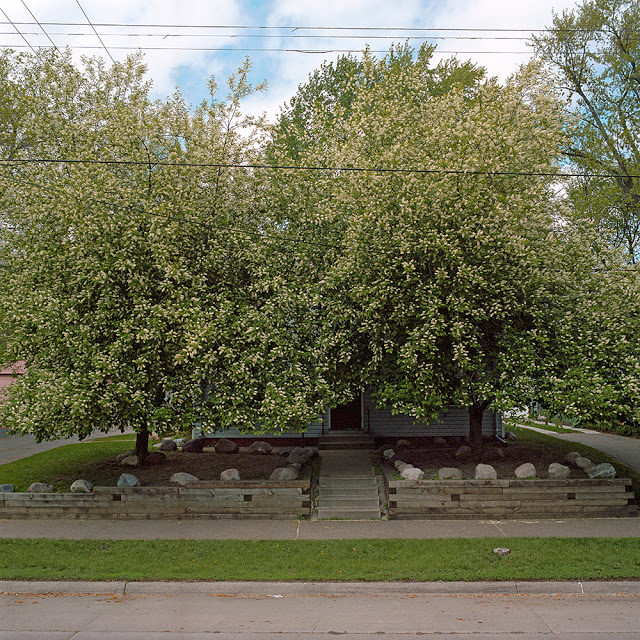 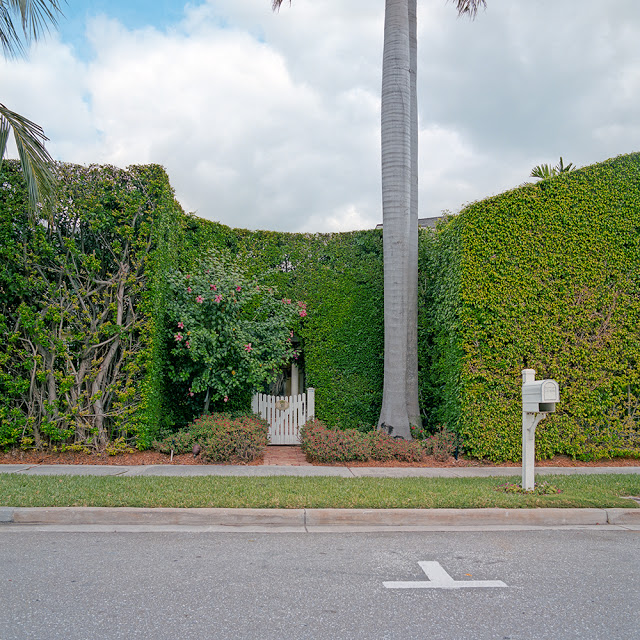 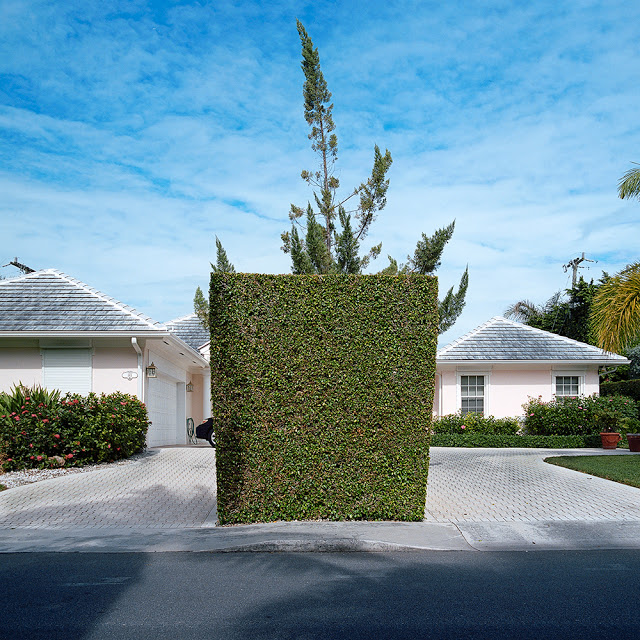 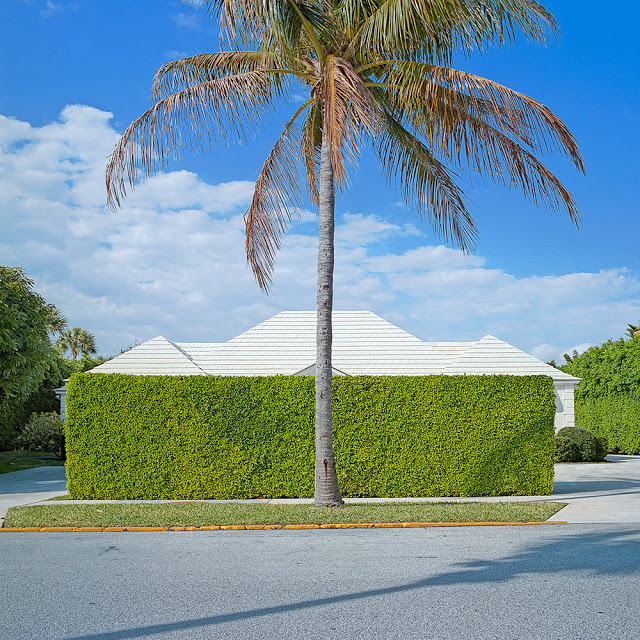 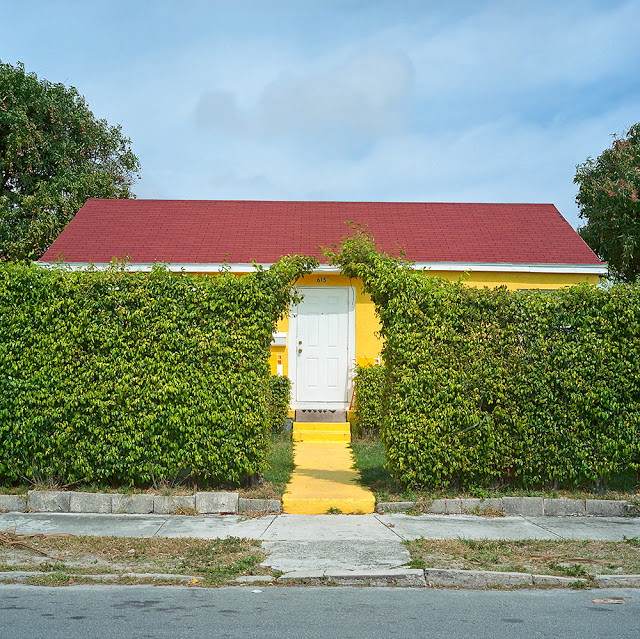 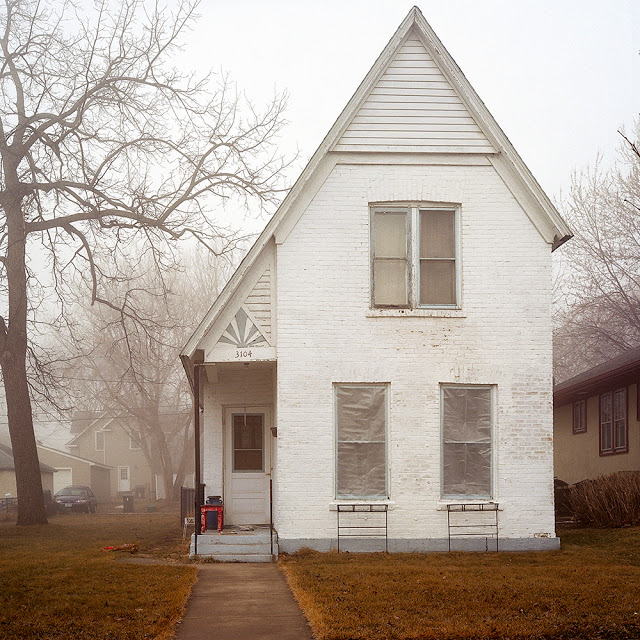 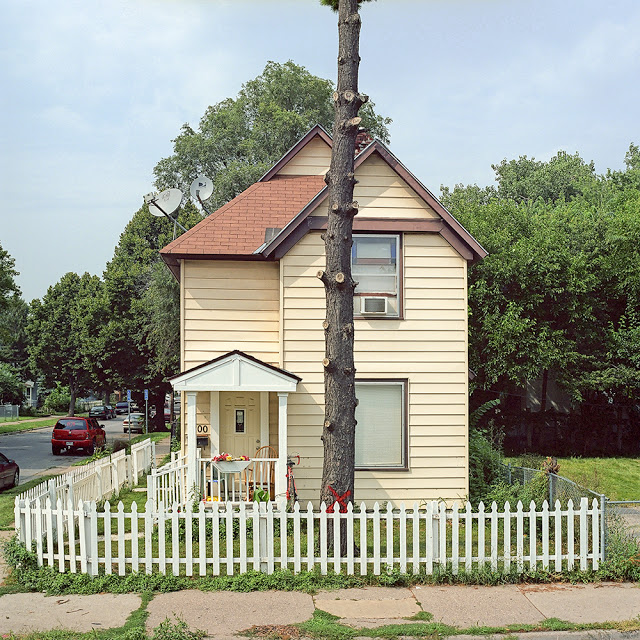 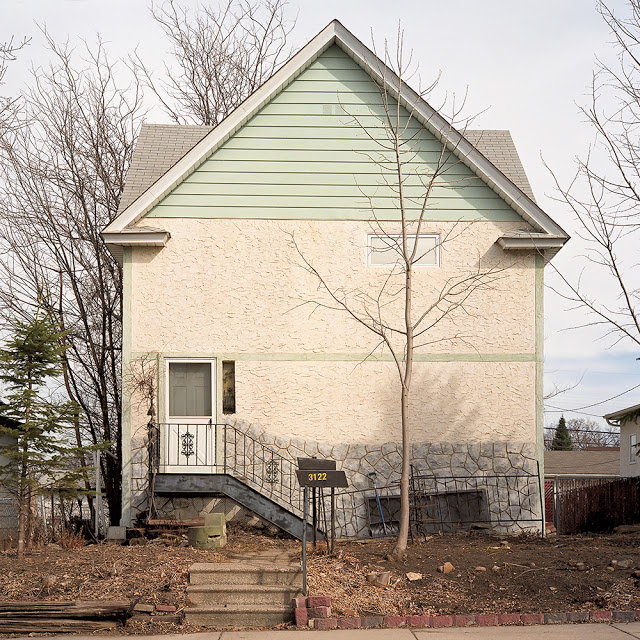 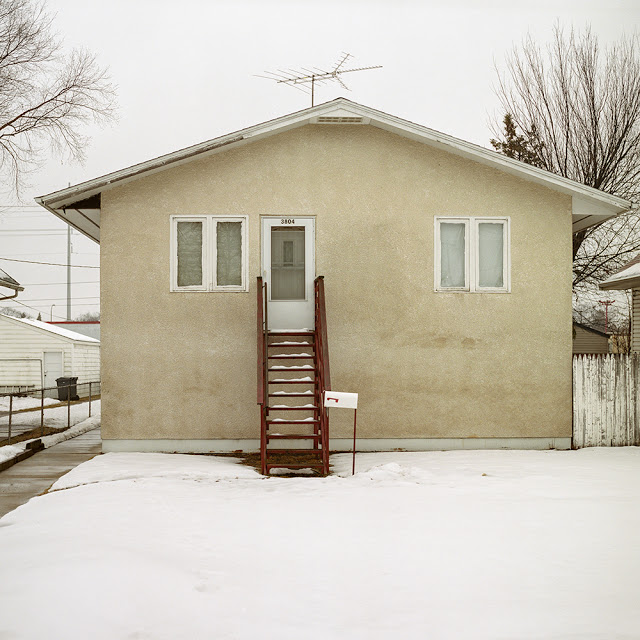 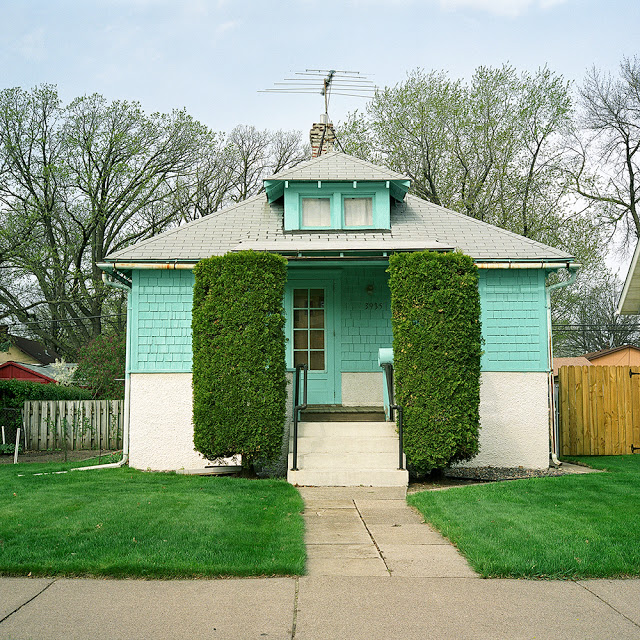 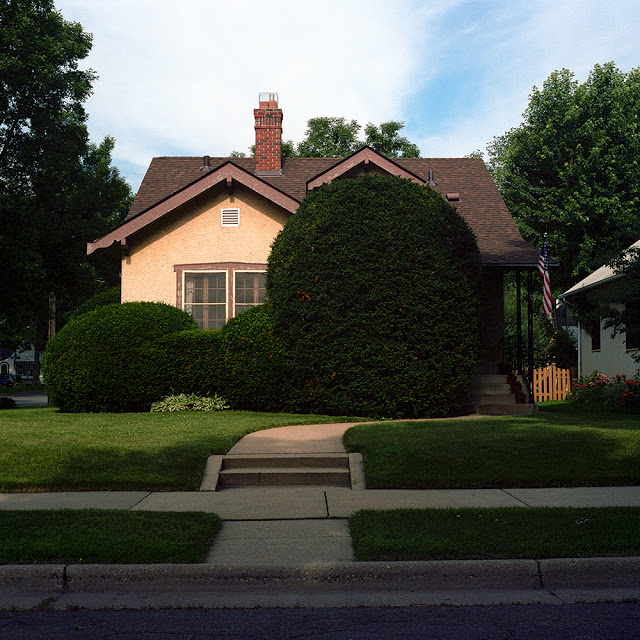 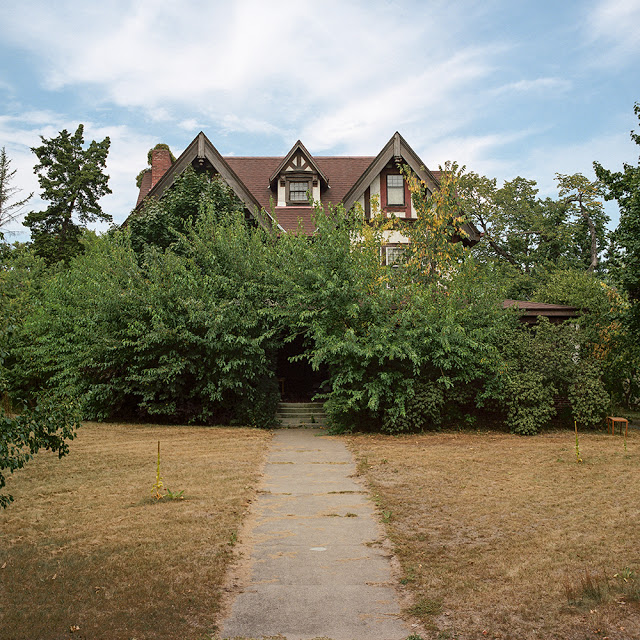 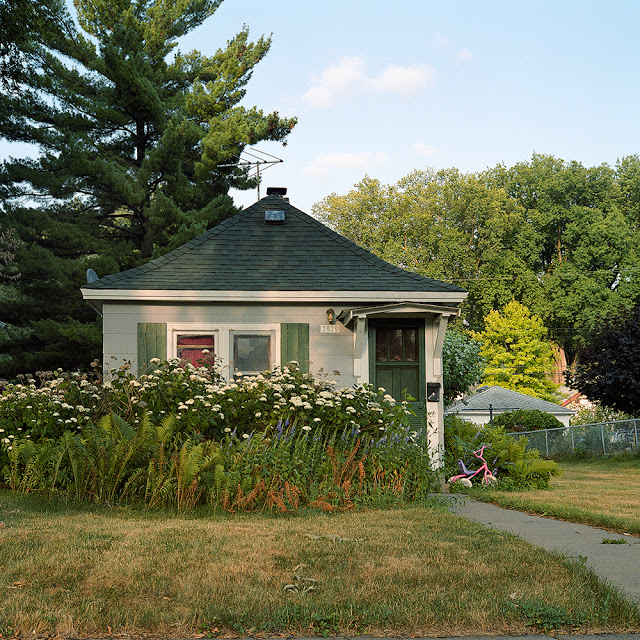